The past months had brought much heartache. After the foiled riot by a large army of vampires that had gone rogue, claiming many innocent lives. Everybody was afraid and traumatized.

Currently Everett, Katie and Josh were in a car en-route to an undisclosed location.
“So where are we going?” Josh asked, bored. 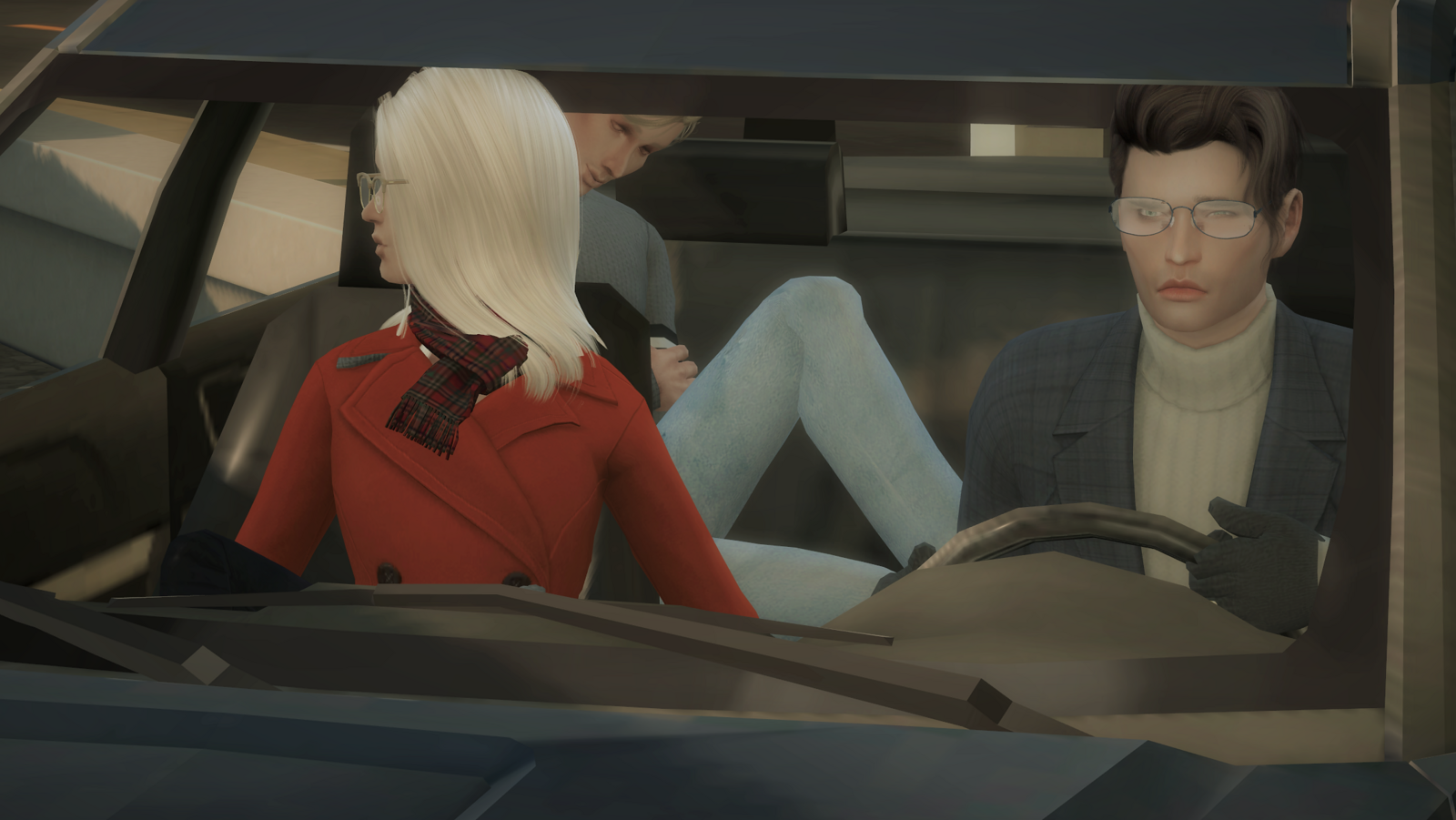 “Wait and see, son.” Everett told him.
“How about a hint?” Josh poked.
“We probably won’t take you back home with us.” Everett chuckled, looking at the puzzled facial expression of his son in the rear view mirror. 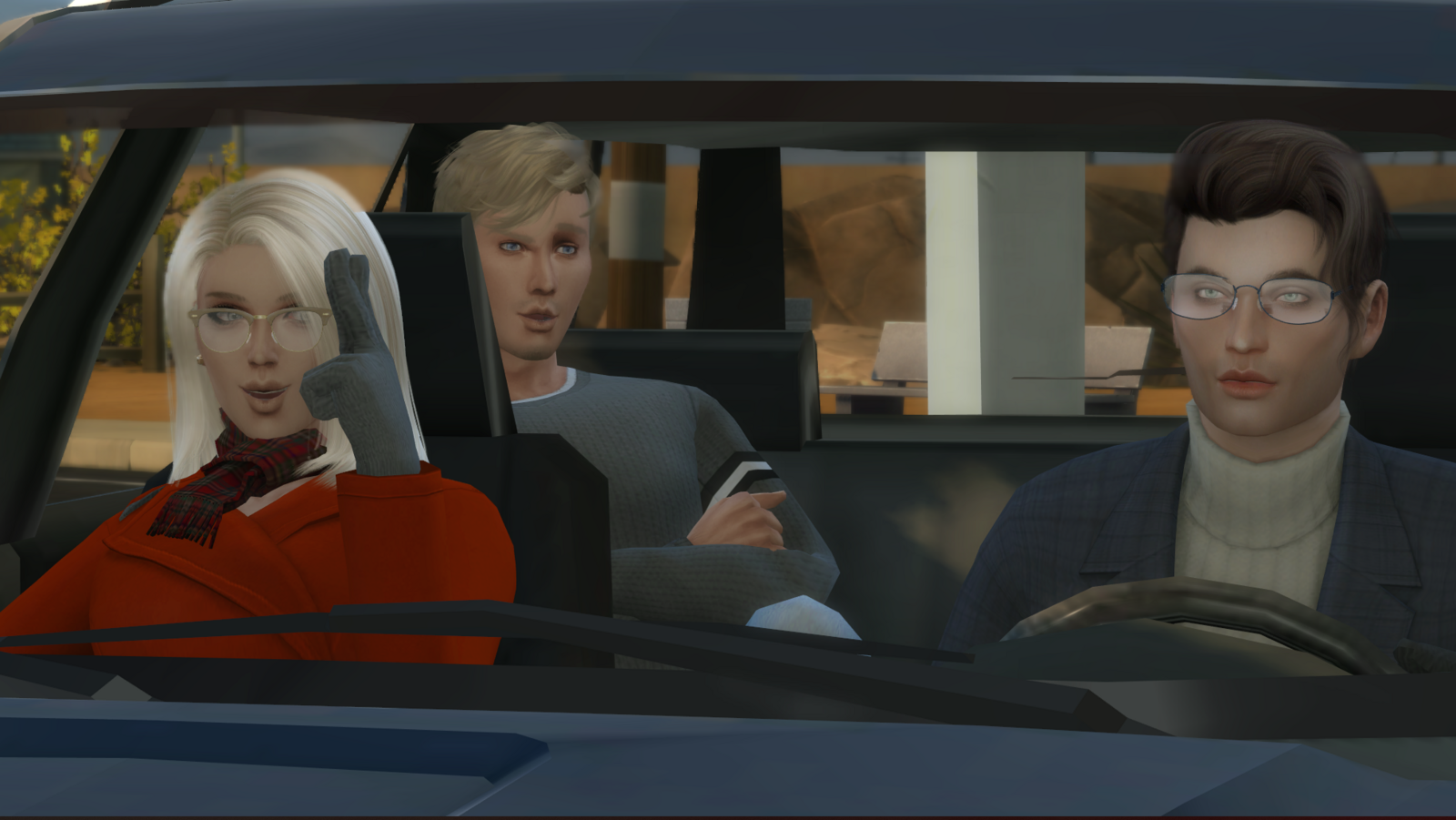 Josh looked confused, but figured it was some lame dad-joke as both his parents laughed, so he shrugged and mouthed ‘whatever’.

He liked seeing them laugh, and even holding hands in the car again.

Once the dust had settled after his return, he could see there was tension between them and they seemed cold with each other. Just as they were starting to get close again, tragedy struck, losing half their friends and family, which had the potential to ruin their relationship for good. But it didn’t. On the contrary, they both gave each other strength and emerged much stronger and very much in love with each other again. Evey confirmed Josh’s observation, and now that some form of normality had settled in again, the relationship appeared to last and be happy. They often did family things together, including KC and Emmi in it.

Joshua quit asking, just looked out the window at the scenery flying by until the car slowed down in some industrial area and Everett began to steer it into a parking lot of a business. 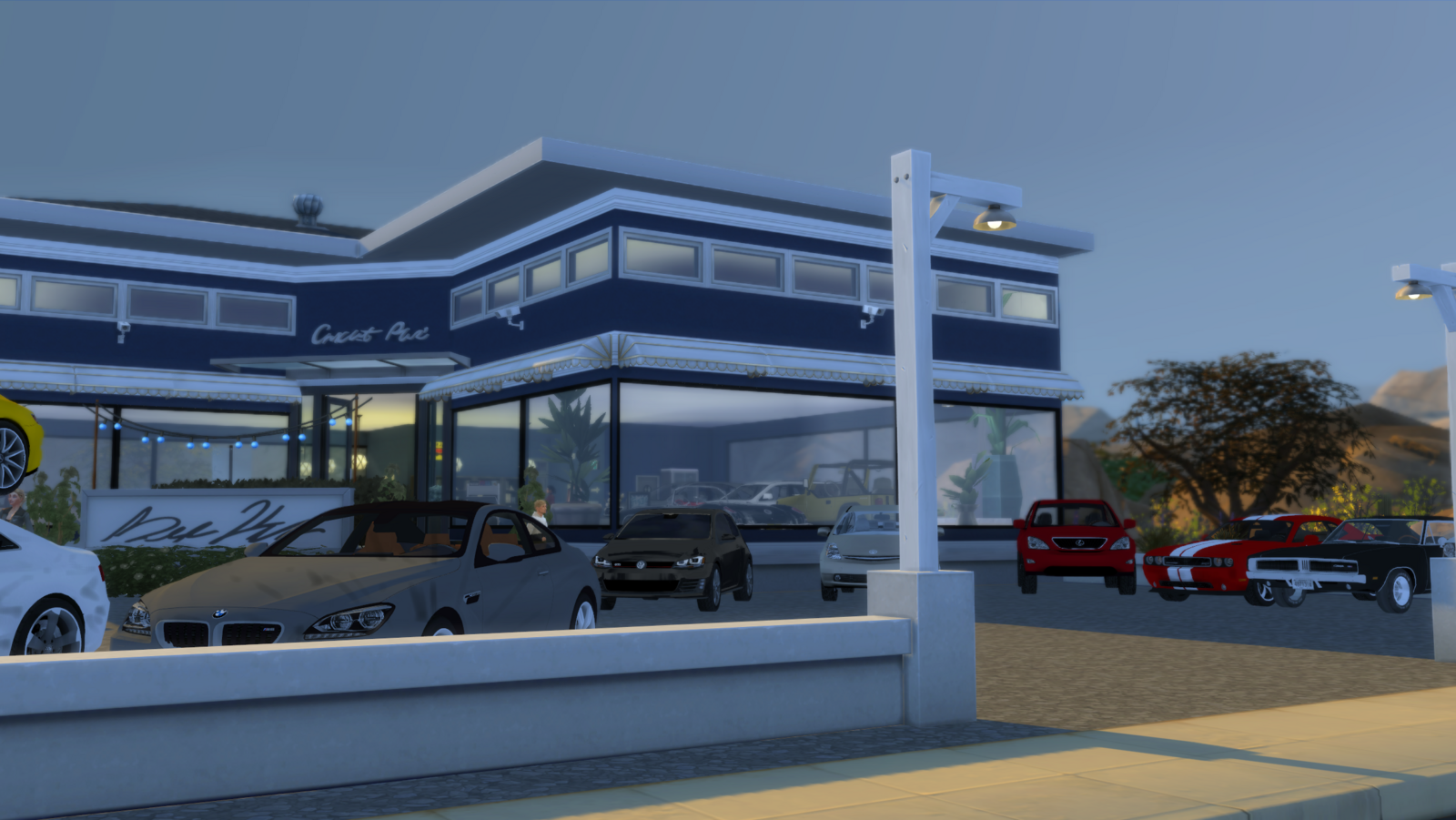 “Here we are, kid. Still need a hint?” Everett grinned.
“NOPE! I’ll race you two to the door!” Josh became very animated and he couldn’t get out of the backseat fast enough.

They had arrived at a car dealership, Josh’s eyes lit up, well aware what that meant for him and he stormed out of the car, looking at this vehicle on display, then another, while his parents were immediately pounced on by a sales woman as soon as they entered the dealership building.

“How can I help you folks?” the woman perma-grinned.
“We are looking to buy a ride for that young man over there, the one glued to that car window like a moth. Something reasonable and sensible but cool enough to make his list.” Everett summed up their wish list.
“I got a few options a young driver like your son should like …” the car dealer’s eye lit up with the outlook at potentially maximum profit.
She started pointing to this car and that, when Josh ran off, and stopped, dreamy-eyed before some old fashioned looking classic car. 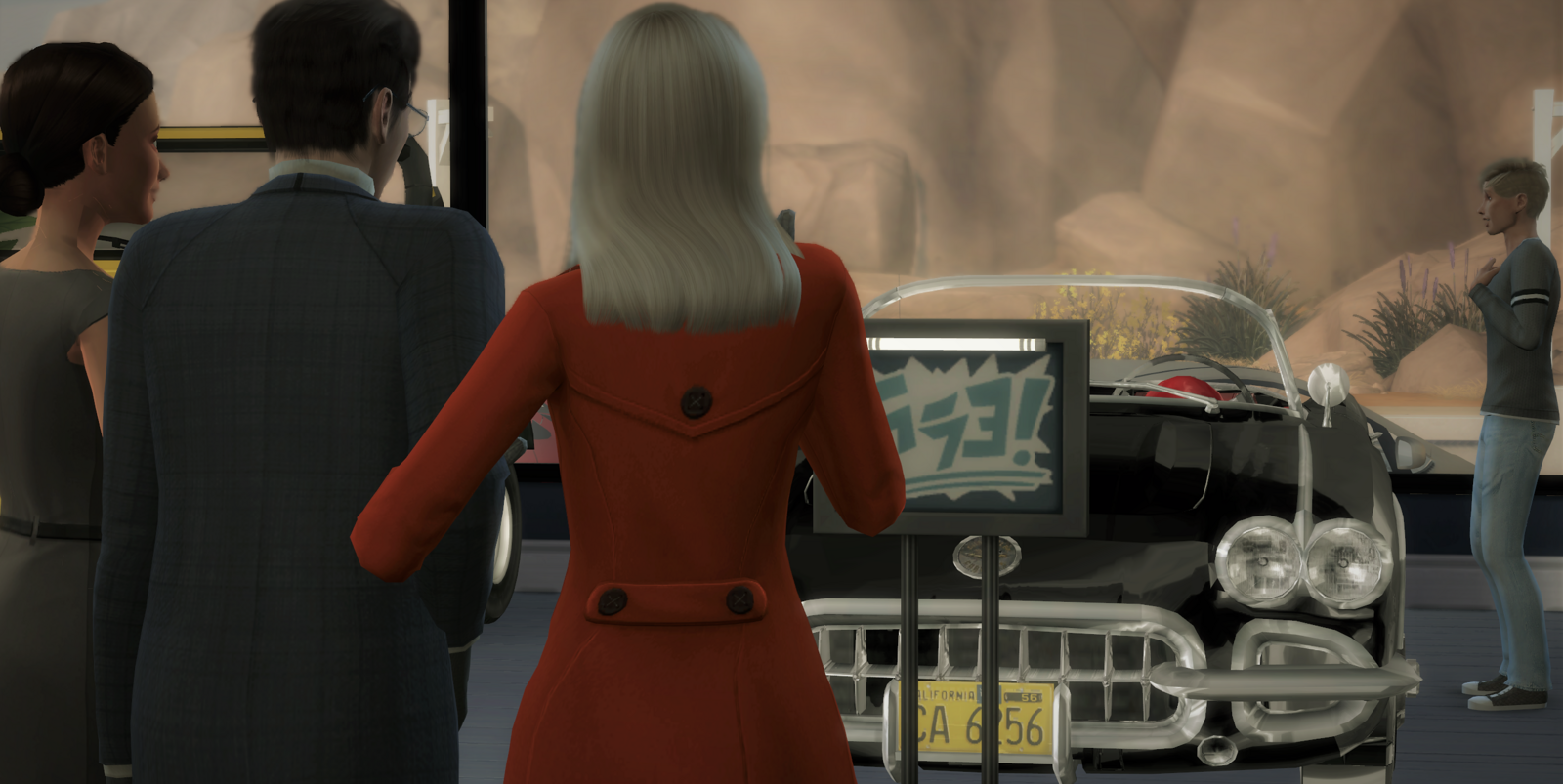 Everett and Katie exchanged looks but said nothing.
“This one!” Joshua said determined.
“Your son has good taste. That is a classic Corvette convertible, with …” she began rattling down a sales pitch.
“She’s the one, dad, mom!” Josh insisted, now already sitting in it, pretending to drive.
“Baby, are you sure you would not like a new car instead?” Katie tried.

“Shall we go to the office so I can write you up the invoice and get you in with our Finance guy?” 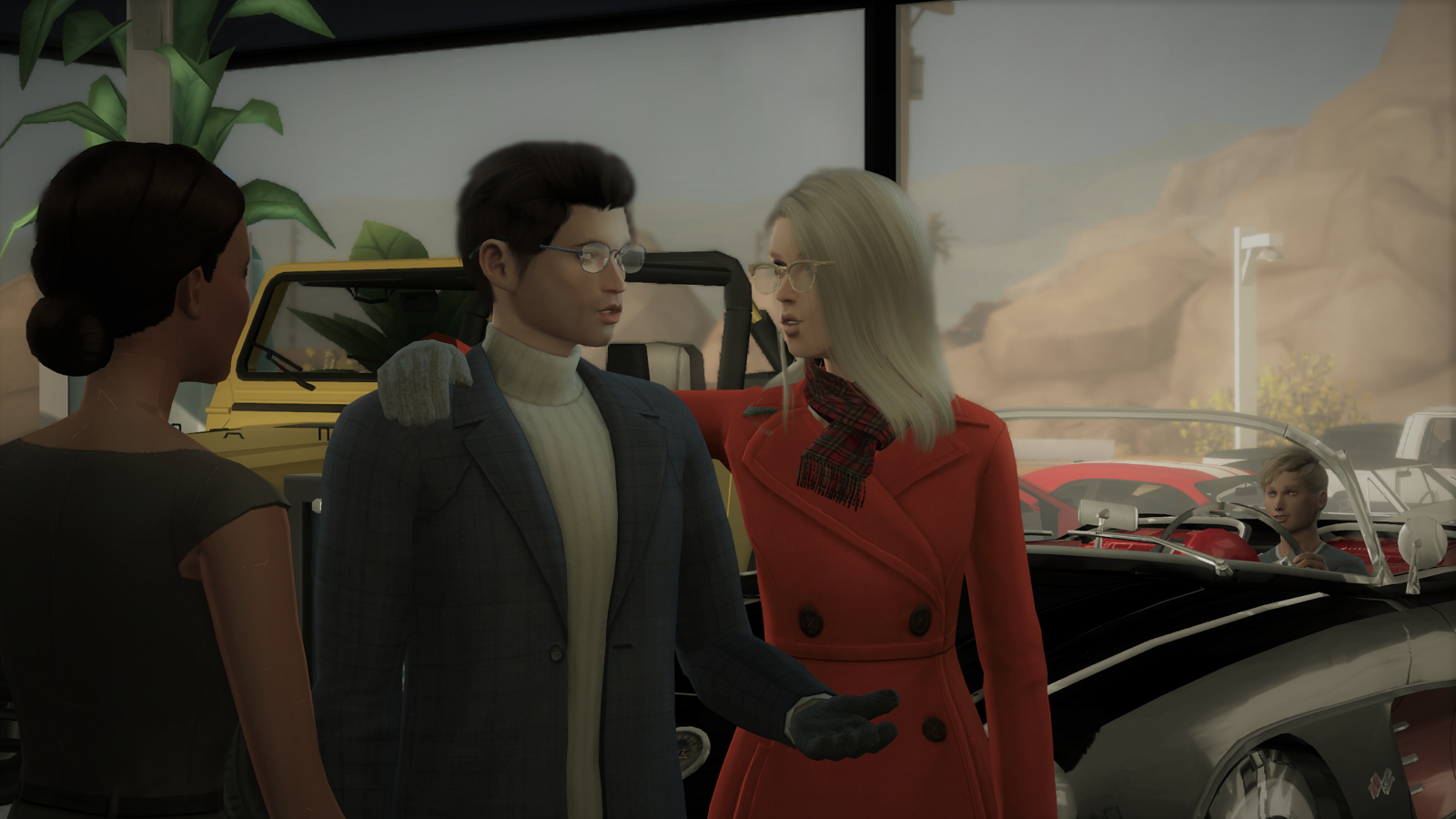 “No financing needed, we’ll pay cash. Wrap her up, he’ll be driving her home.” Everett sighed defeated, pointing at Josh, while Katie smiled and Josh cheered. 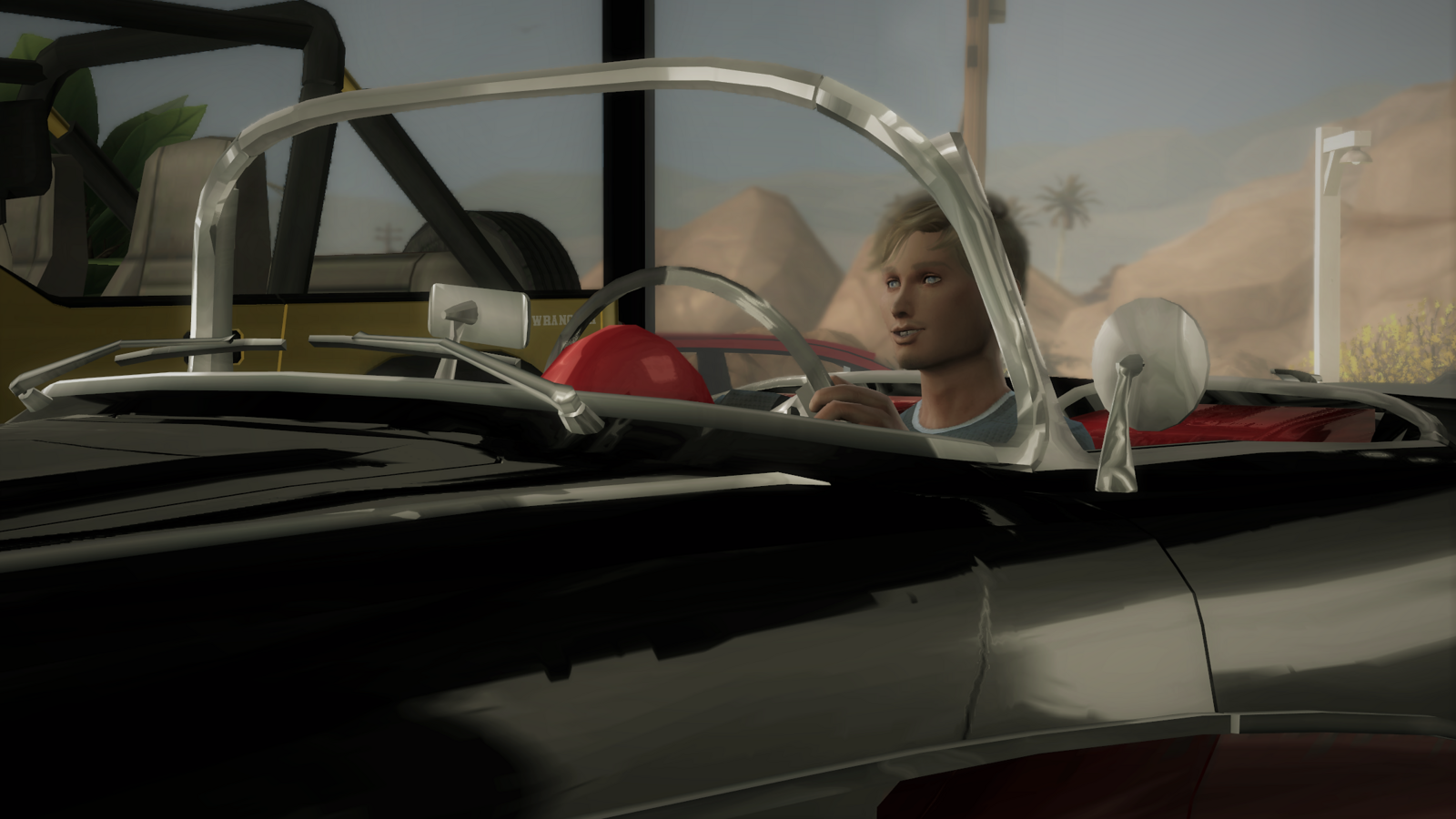 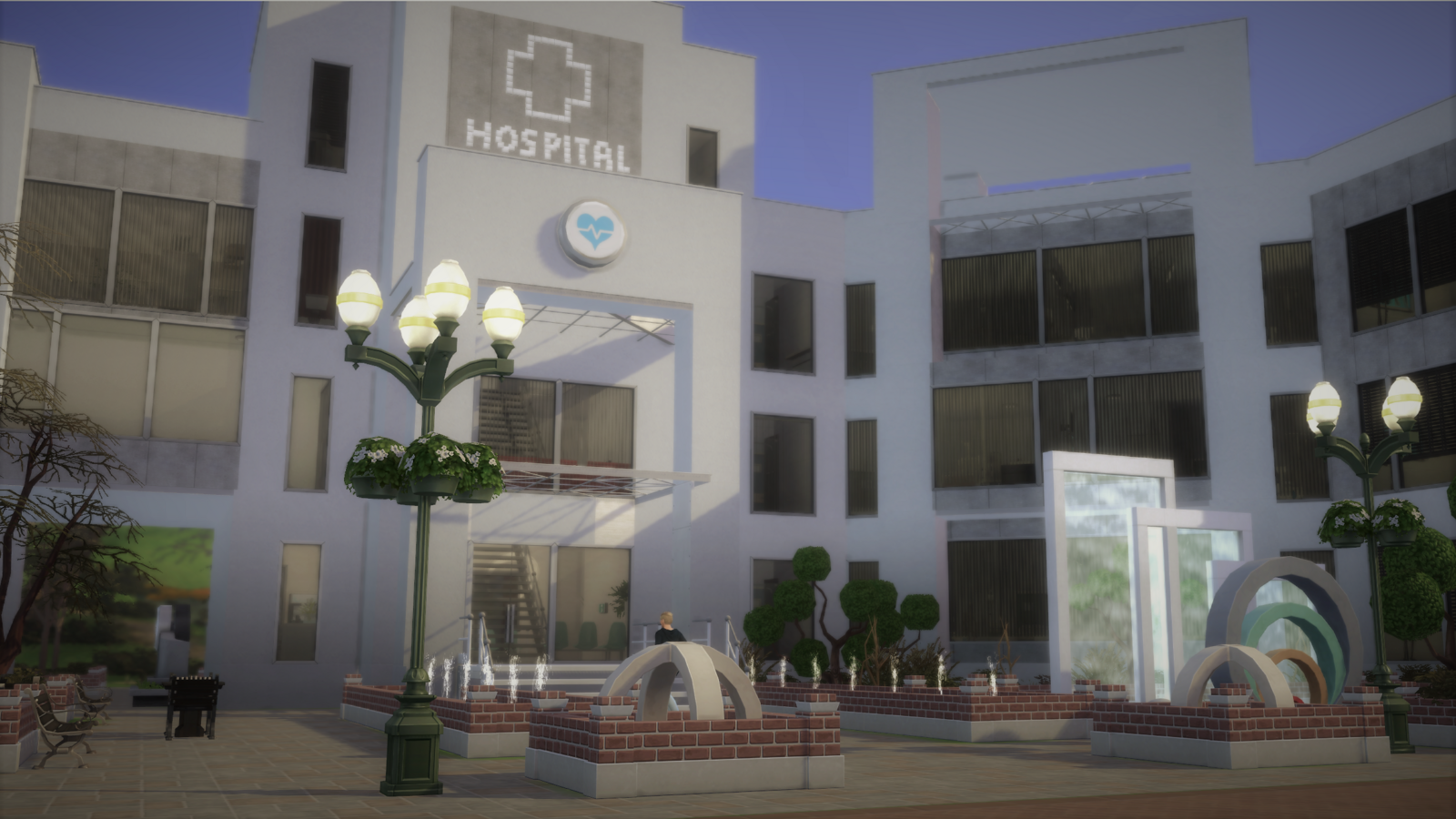 “Well, physically everything is fine, kid. We just need to keep seeing you to help deal with the guilt you seem to carry with you. Don’t want something like that to fester.” 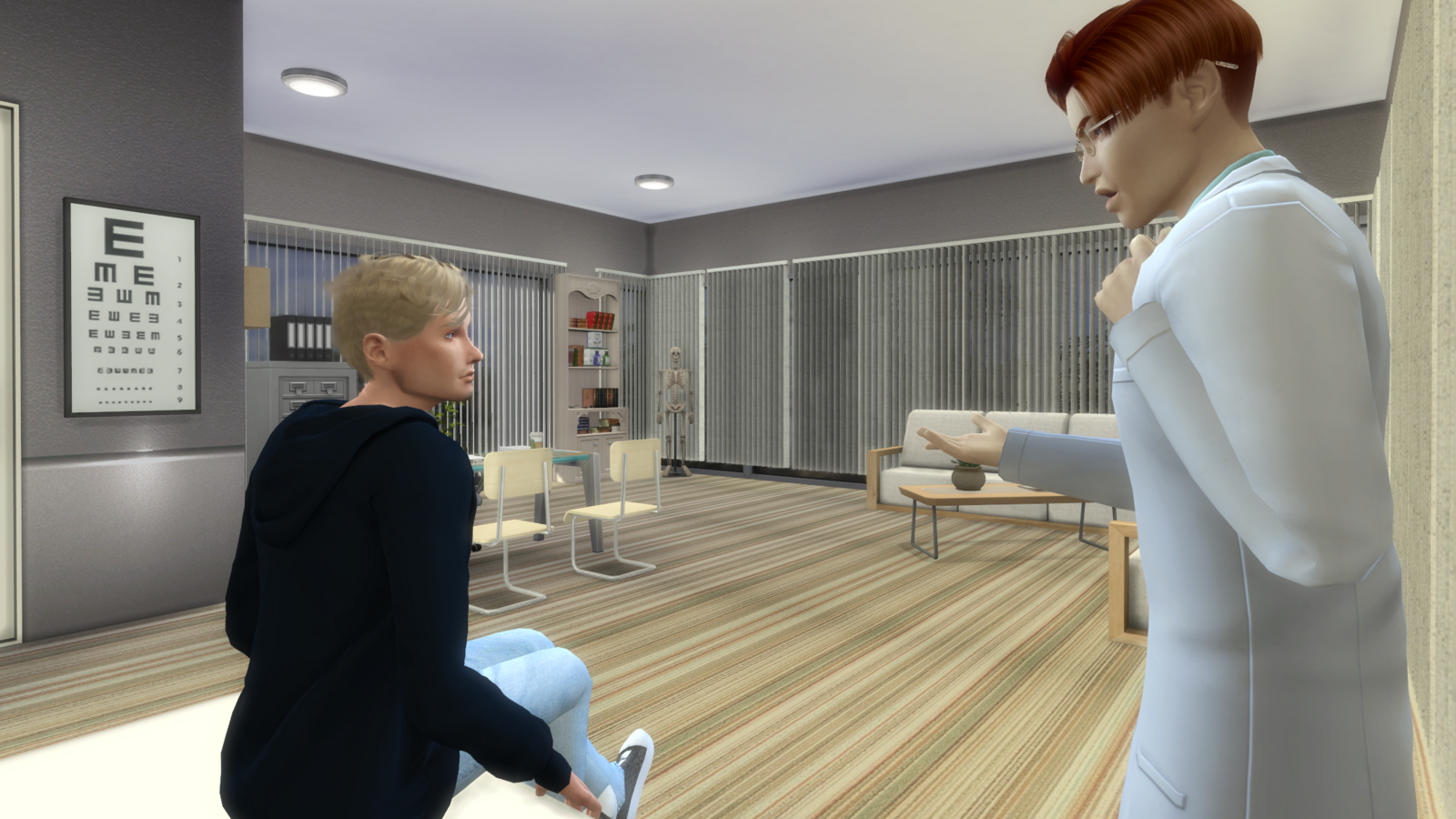 “Sounds good, doc.” Josh said, hopping off the examination table, to follow the doctor to his desk. 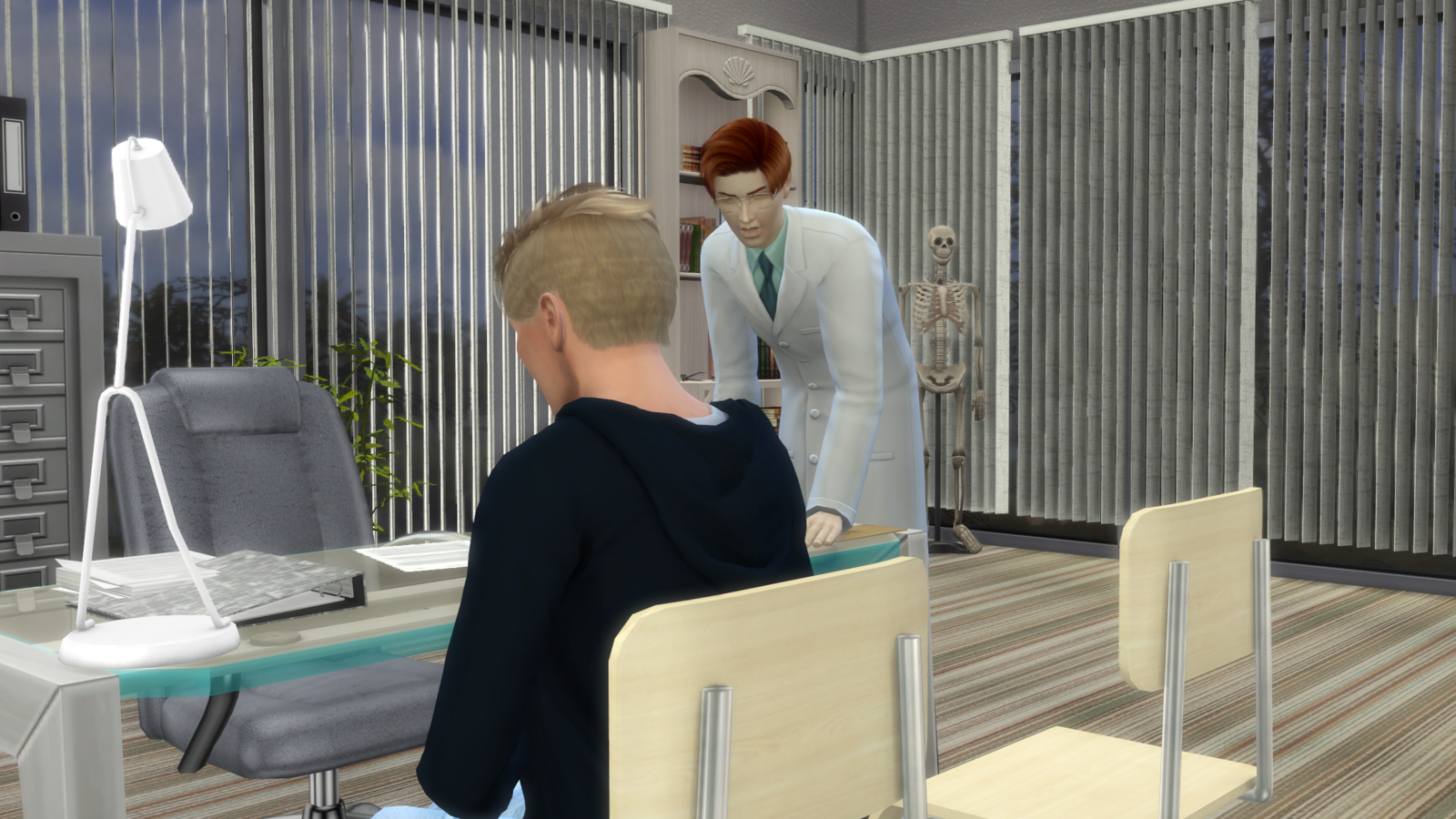 “I am going to write you a prescription for a mild anti-depressant, just for the time being to help keep those thoughts out of the basement.” Dr. Ellington smiled a well-practiced comforting smile.
“All righty.” Josh didn’t have much else to say.
“Do you have any questions for me?” The doctor gave Josh an encouraging smile. 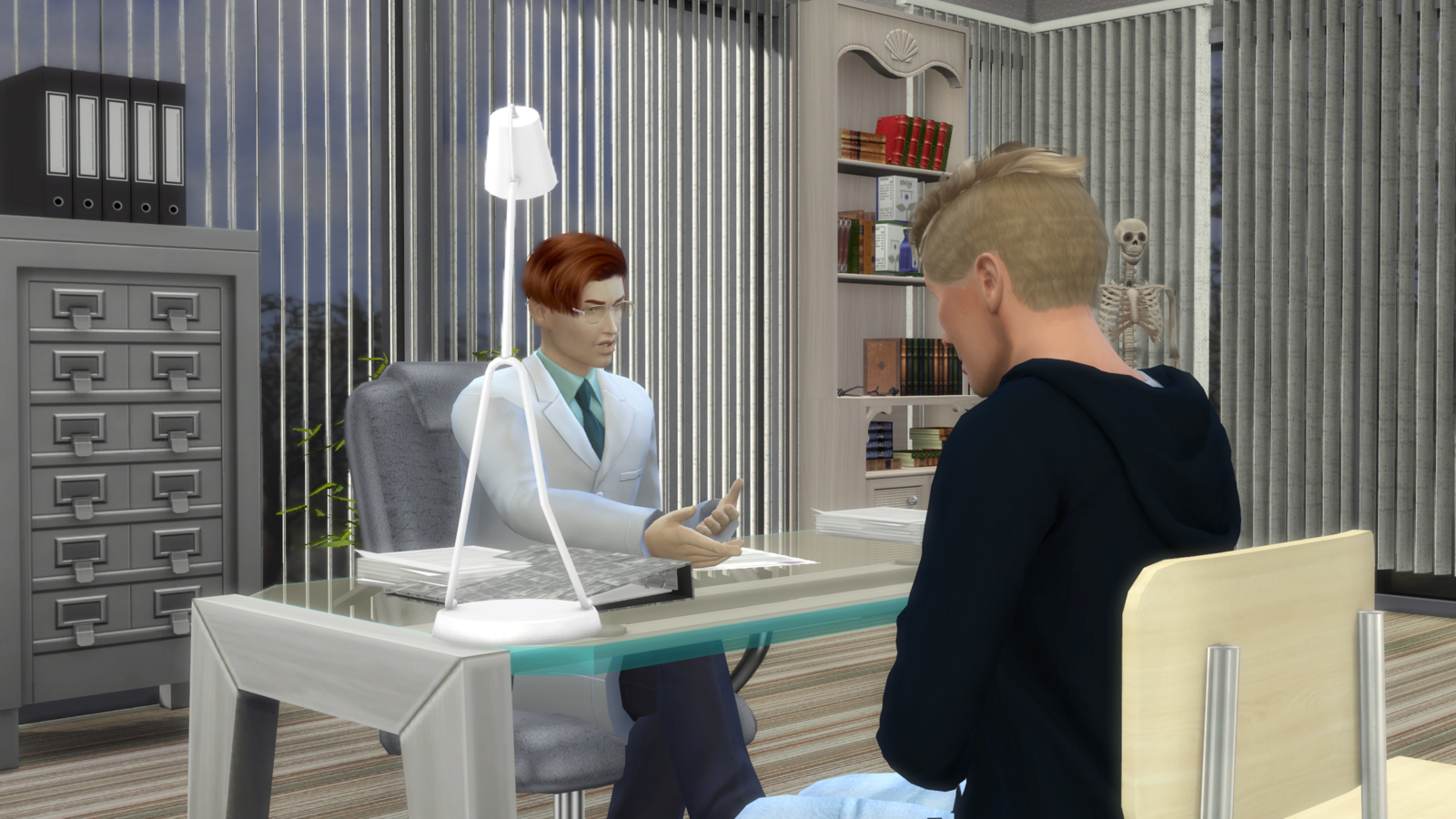 At the same time Emmi sat in a round of chairs, listening to other women talk about their terrible experiences with sexual transgressions they had fallen victim to.

“Thank you Elisa. Who’s next? Nobody? How about the baby of our group, Emily?”
“It’s Emerson. Just call me Emmi.”
“Are you ready to share yet?”
“Not really.”
“You have been coming for 5 weeks now, Emmi. The point of this group is not only to listen to and help others work through the process, but also to get your own weight off your shoulders.”
“I don’t have a weight on my shoulders. I am fine. I am here because my sister makes me go.”
“Emmi, your sister has told me what happened to you. Very traumatic. Just start talking, it will help you will see.”
“If I want to talk, I have my boyfriend! He saved me! He always protects me. You weren’t there, my sister wasn’t. None of you would understand anyway!”
She got up and ran out, fighting her tears. She knew Josh was here too, upper floor, so she went down to the lobby waiting area of the medical center to wait for him. 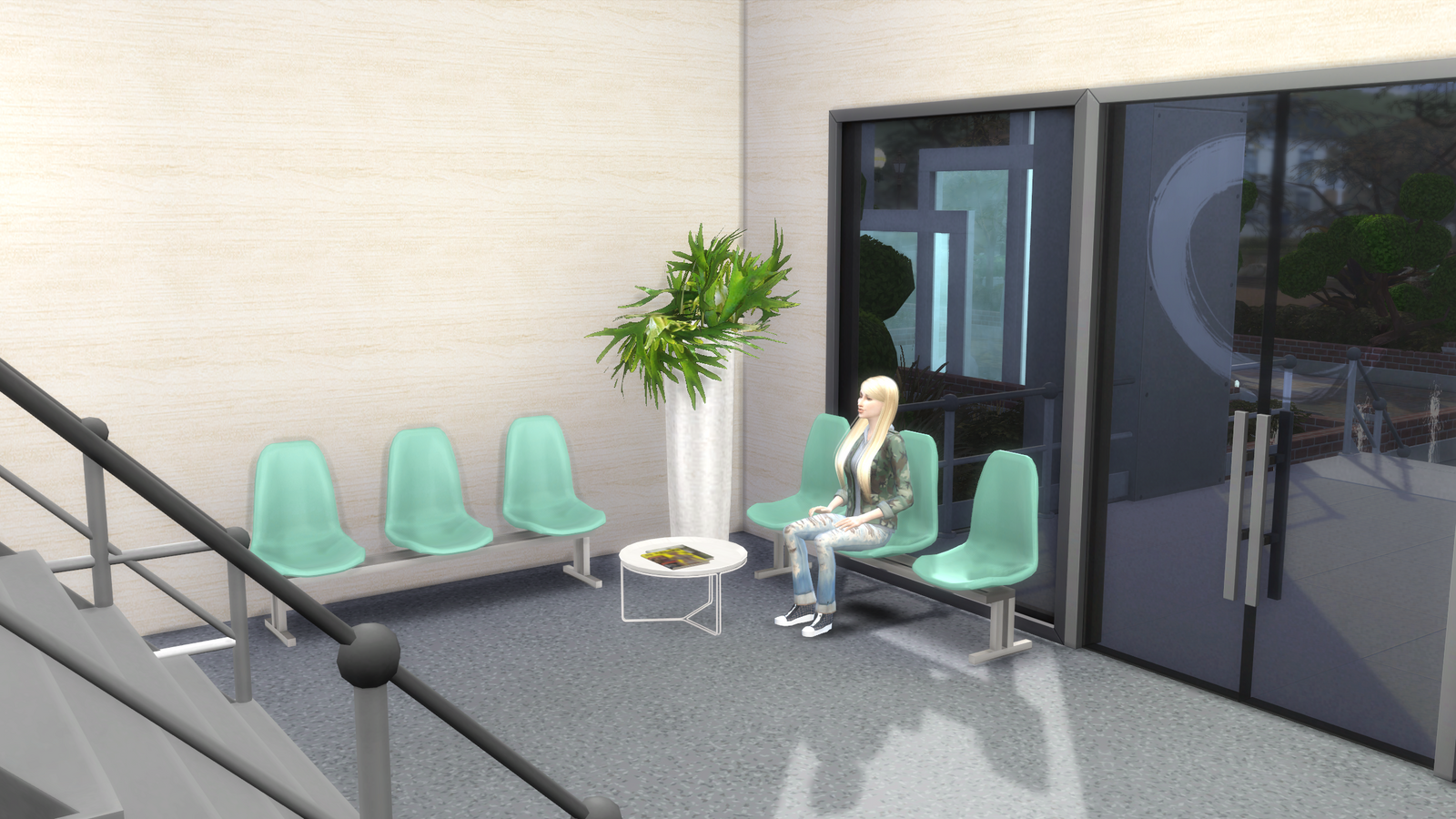 When he finally came down the stairs, Josh looked surprised to see her. Usually he got done first and waited for her group to get over.
“Hey Emmi …”
“Josh!” she flew into his arms, clinging to him. 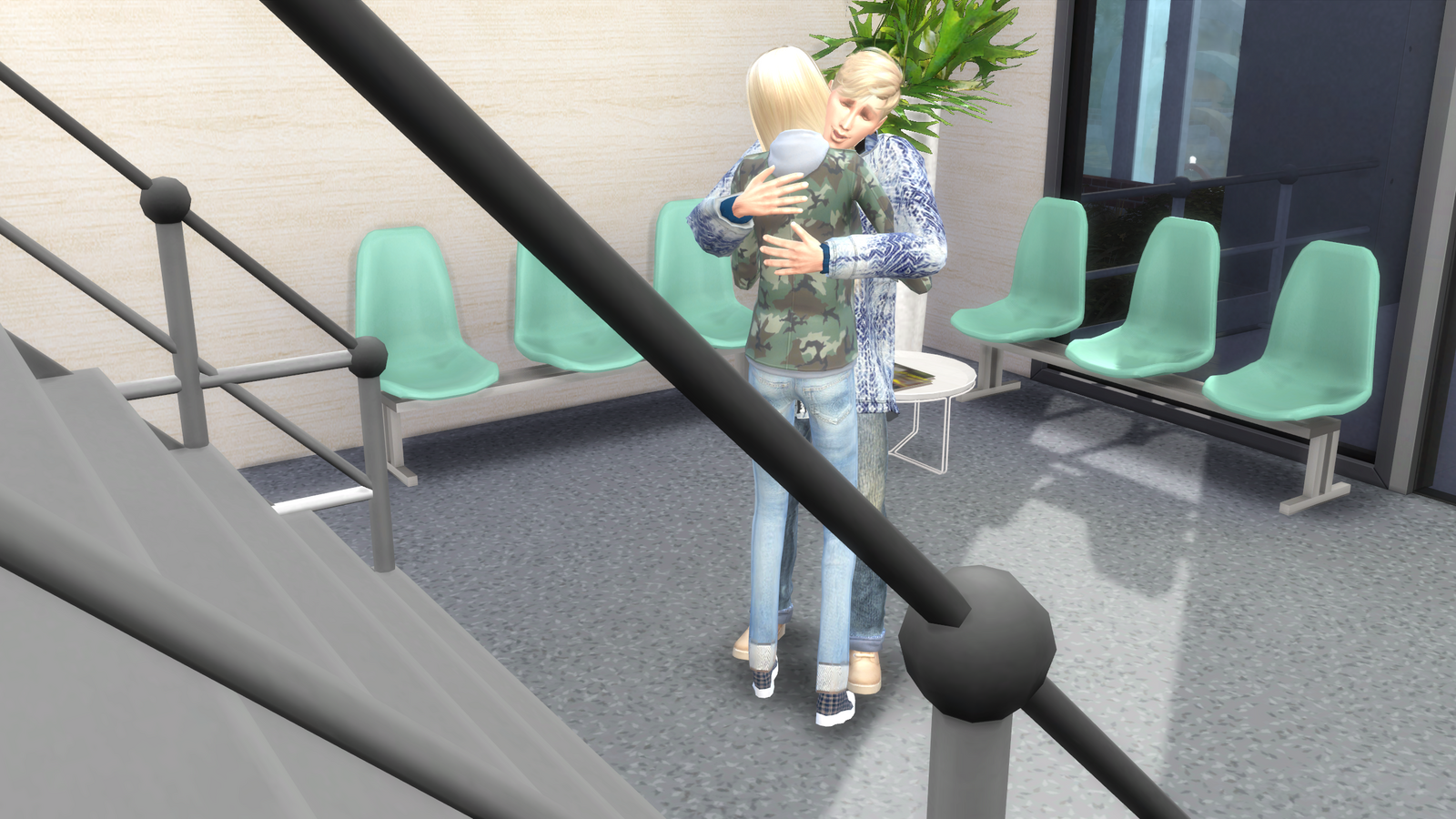 “I guess I don’t have to ask how group went.” 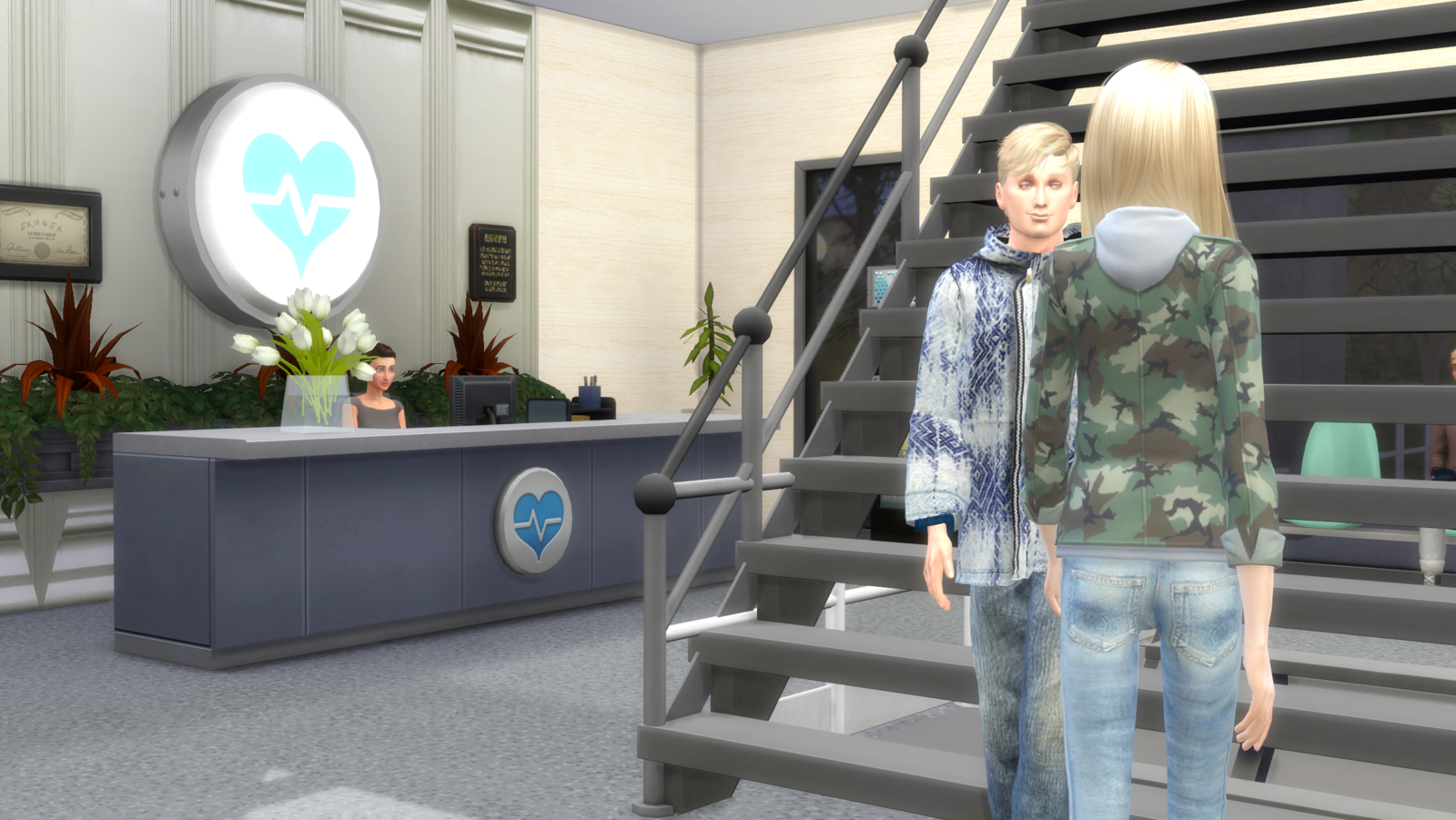 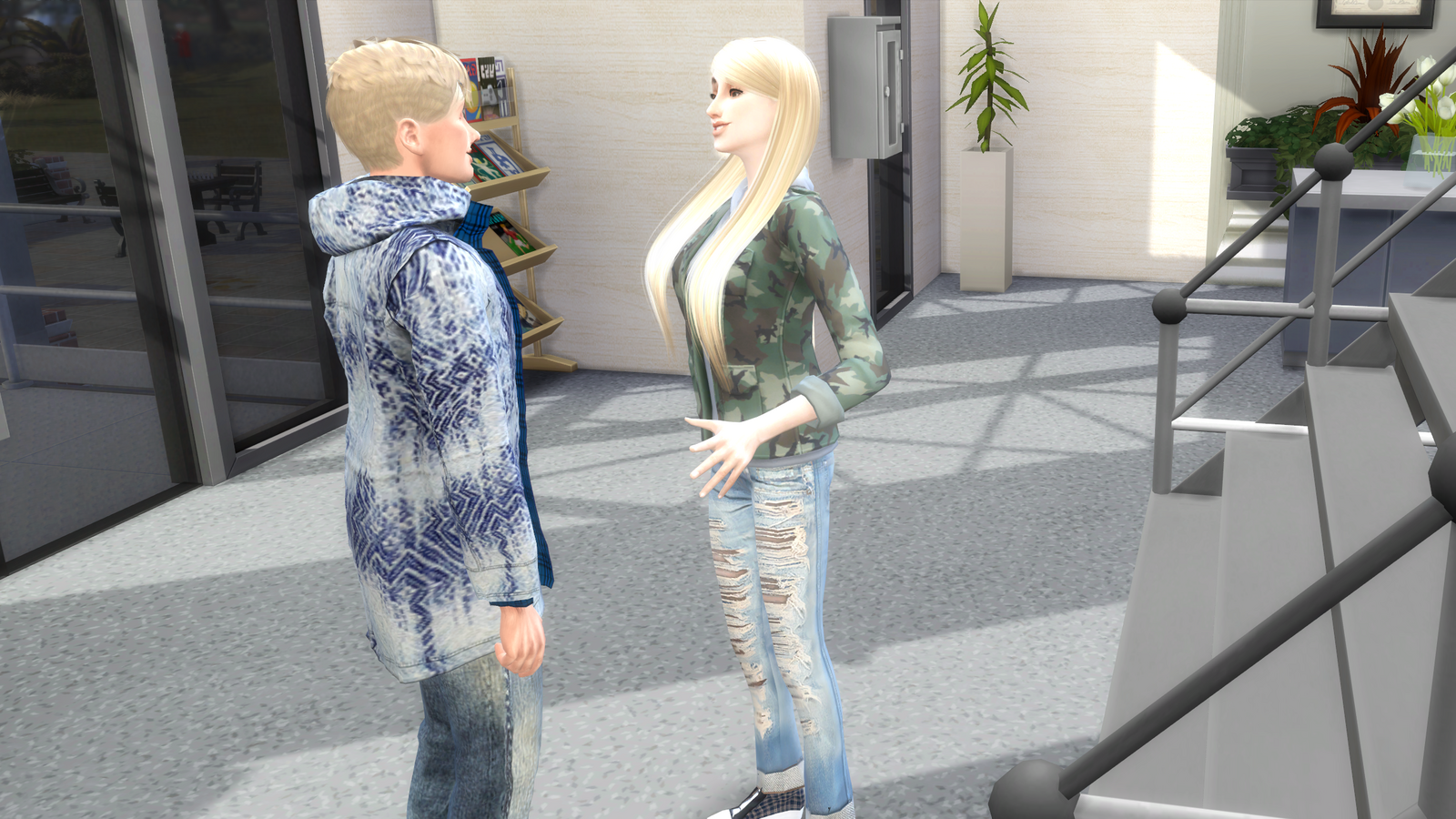 “A joyride out to the ruins in my new baby!”
“Why are we still standing here?!” 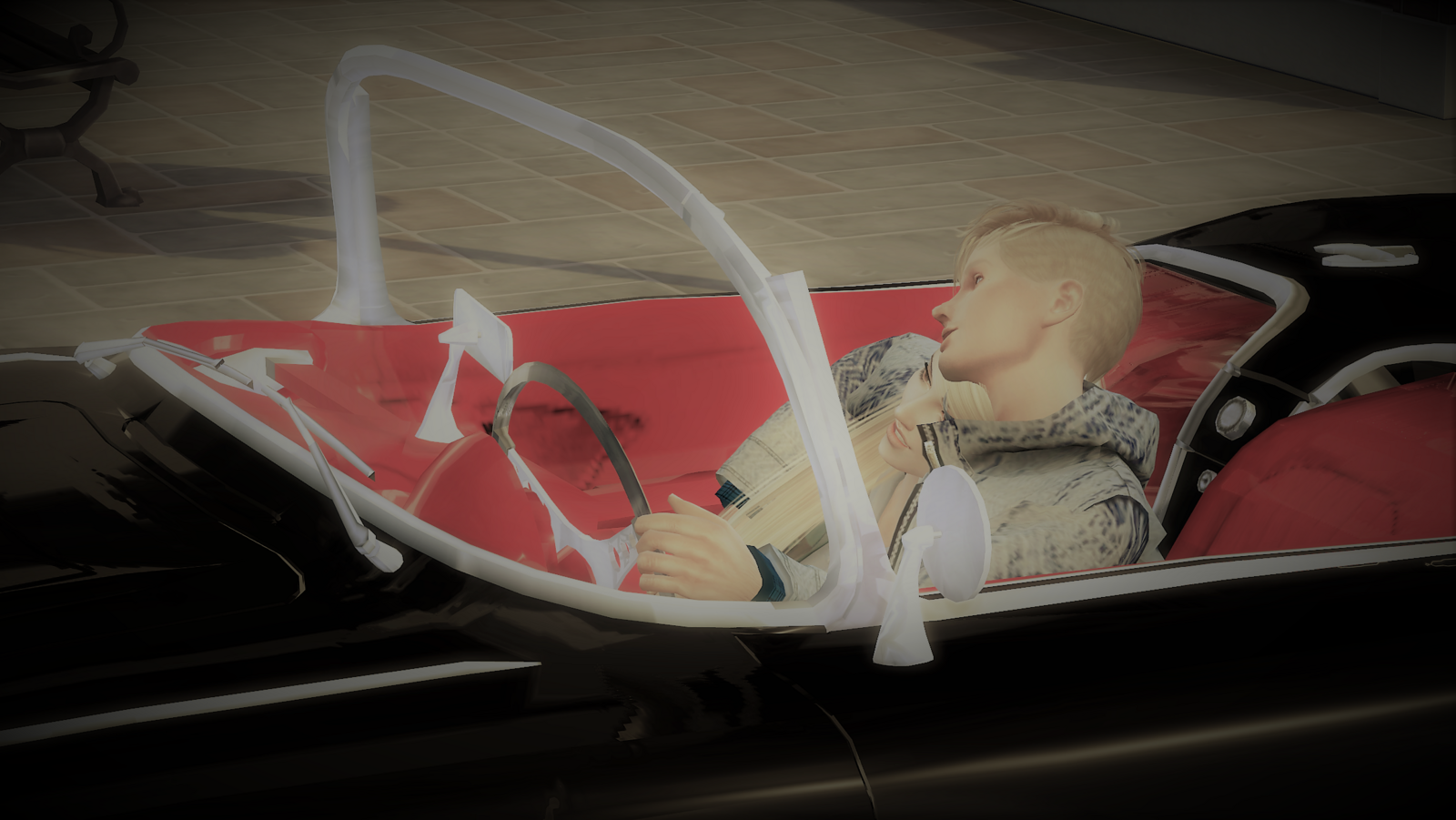 “Daaaaaaaaad. Why are we going to your offiiiiiice?” Joshua complained.
“You have not seen the building finished yet. You’ll like it, I promise.” Everett answered cryptically.
“Yeah, never seen an architectural office before. Are you getting that old that you need to showboat your accomplishments before your own son?”
“Ah, the sarcasm is strong with you today, my son. Well, it’s a FOUR story fully renovated state-of-the-art architectural office building owned solely by me, located on prime real estate in Magnolia Promenade. It’s like a brand-new building, even though it’s the old one with a major facelift. That’s big. But that’s not even why I am taking you there today.”
He pulled into the designated parking spot, both got out and walked to the front.
Josh’s annoyed teen visage changed to amazed. 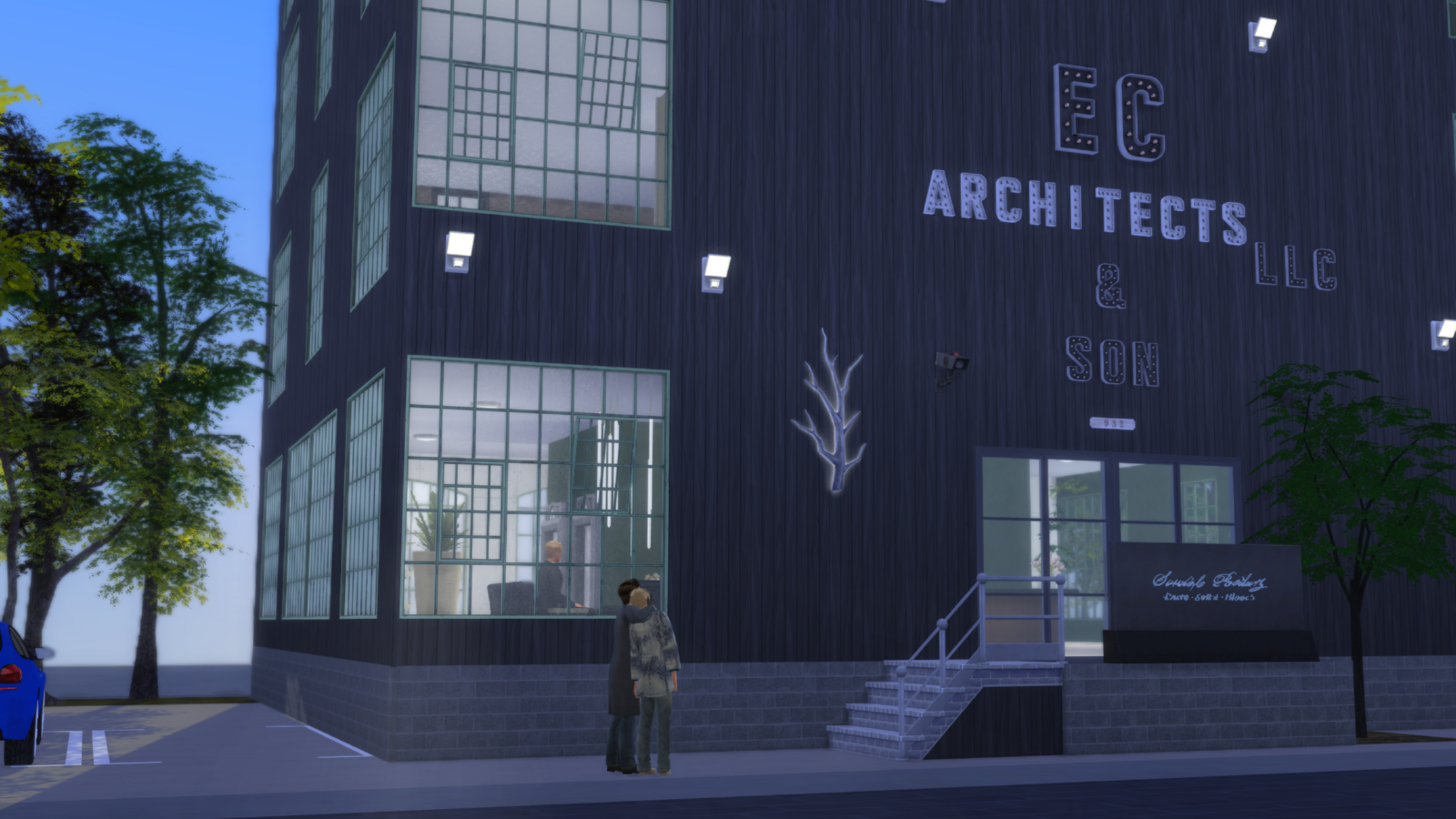 In gigantic letters on the front of the building it read:

“That’s you kid. After you finished school and college. If that’s still your dream that is. I still have the contractors come back for a few days, I can have them take it down.”
“WOW! No, no dad. I want this. More than you will ever know. I cannot believe you did this. Now. I am only 17. But seriously, WOW!”
“I have faith in you kid, and I have always been one to plan ahead. Plus, I have to admit I am pretty excited, since my other kid gave me the pass. Can’t believe Evey is leaving to do who knows what in a few weeks. I knew giving her the inheritance money was a mistake! Now she doesn’t feel she needs to work anymore. Well, she’ll be bored in no time … But I still have my little boy. Love you son.” Rett had put his arm around Joshua, but now pulled him close and snuggled him.
“Oh gawd dad, in public?!” 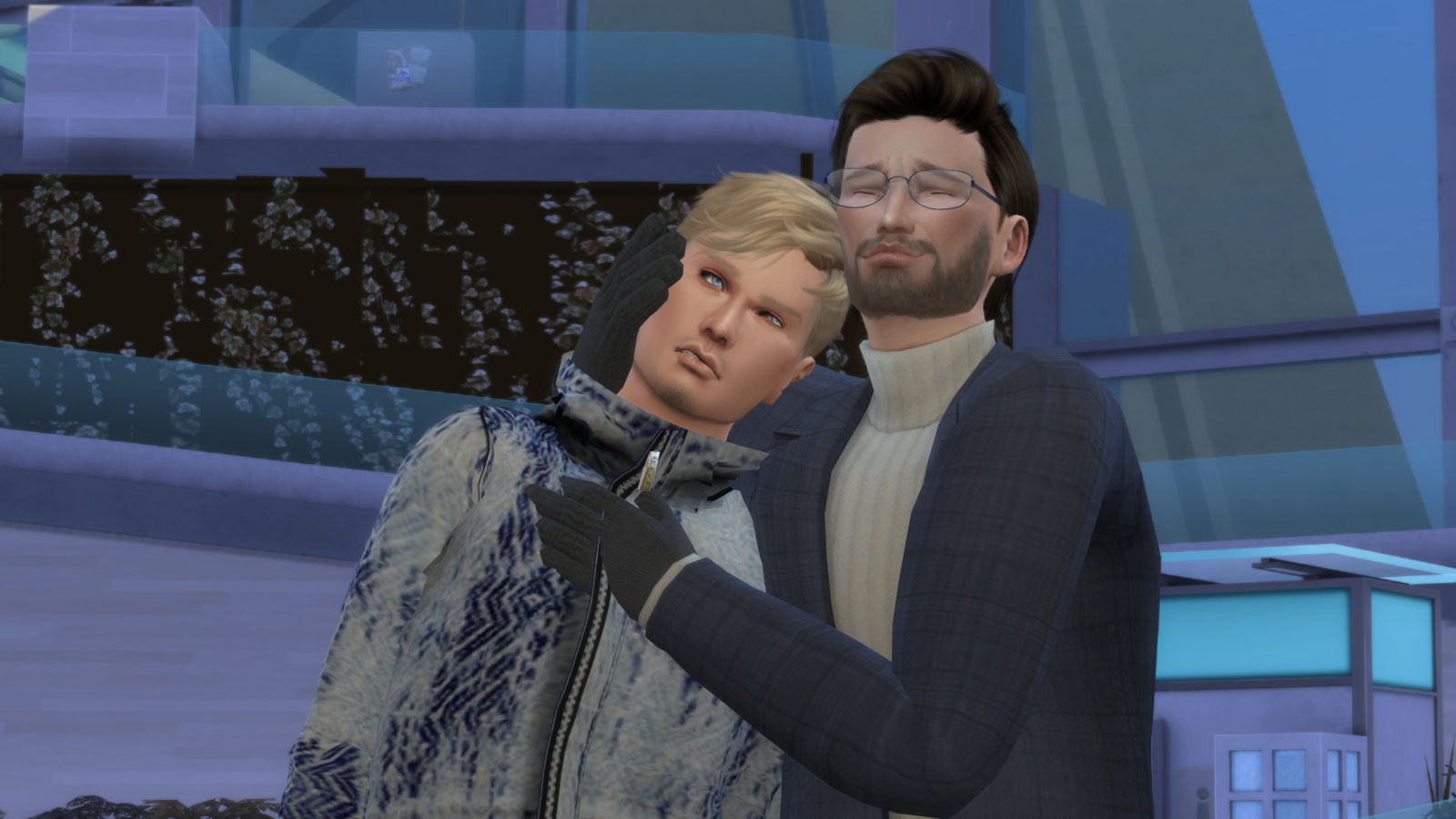 “Aww, my lil bro-bro is going to have his first day of schwwwool tomorrow.” Evey teased.
“First day BACK at school. New school, but same old drill. So can it, sis!” Josh grinned.
“Maybe I should drop you off and walk you to your classroom. Get some practice in for our kid, right KC?” she continued her teasing.
“When our kid is old enough for school, I hope he or she will be smart enough to know how to find a class room or else we failed.” KC said.
“Wait, what?” Josh’s eyes got big.
“KID?!” Everett and Katie said simultaneously. 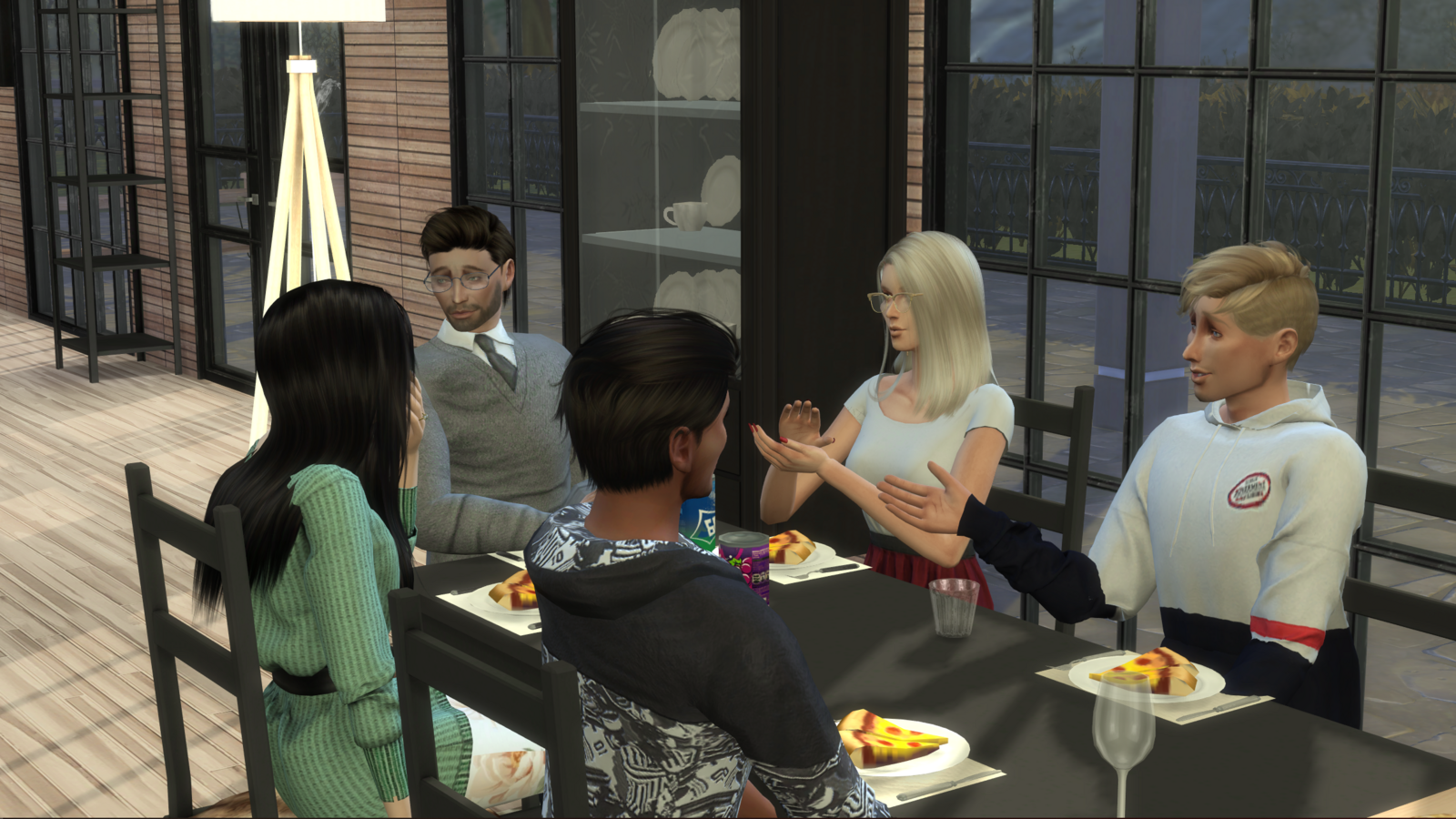 “Yeah, we had decided that all the misery and loss should be followed by a true Cameron renaissance, so we started trying. And guess what, we BE fertile AF! There soon will be a new Cameron in town! KC and I are preggers!” Evey smiled big.
Into the cheering and congratulations KC said
“And by Cameron she means ‘McCoy’.”
“About damn time, sis, you’re almost getting too old to have kids.” Josh grinned, earning him some flying pieces of pizza crust until Katie called them to order, laughing.
“I am 24 you moron!” she protested, but way too happy to be upset.

“Are we ready for this?” Emerson asked, inhaling deeply. She looked tense.
“Yeah, sure.” Josh looked no less tense, took her hand and they went towards the door. 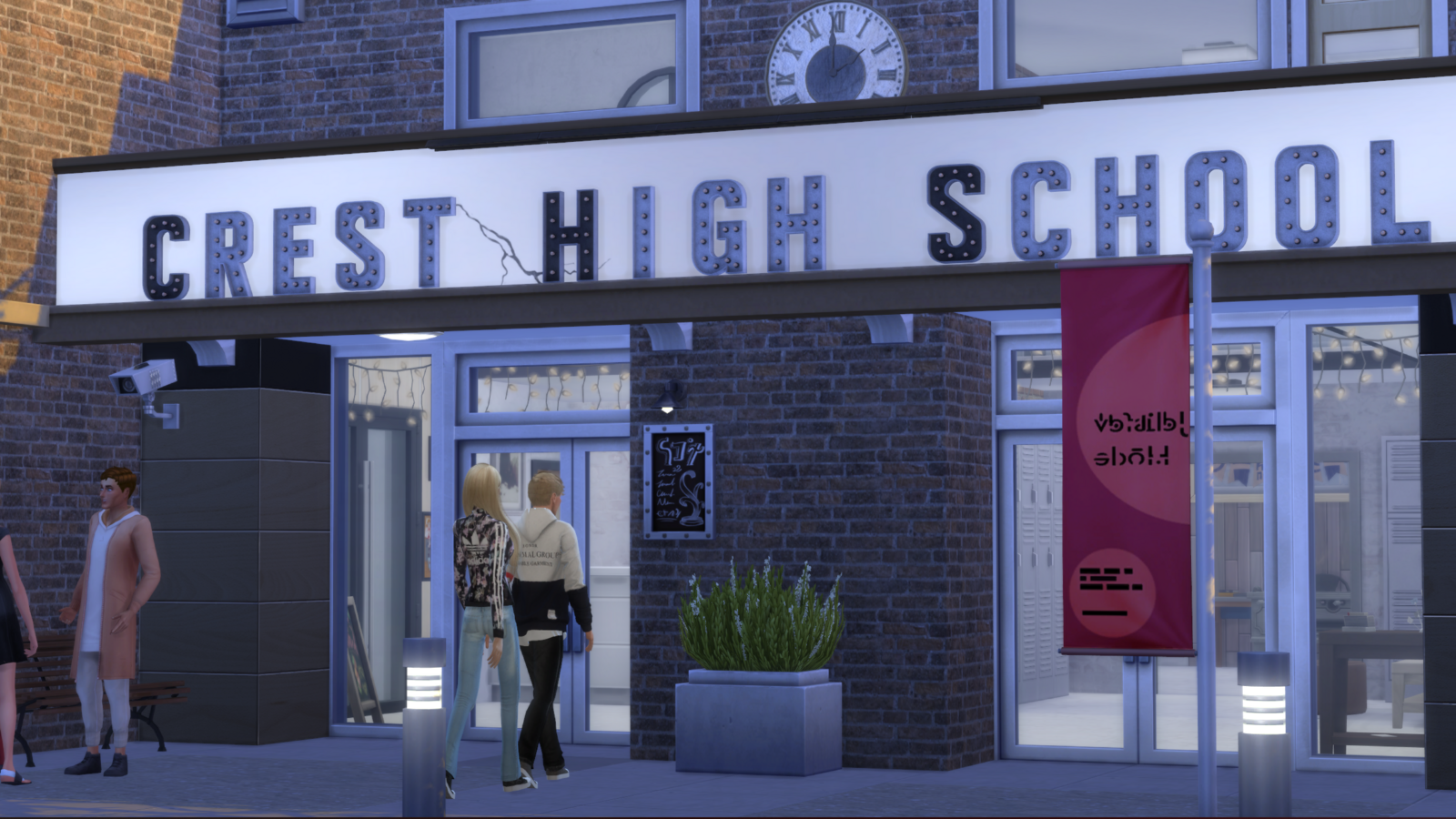 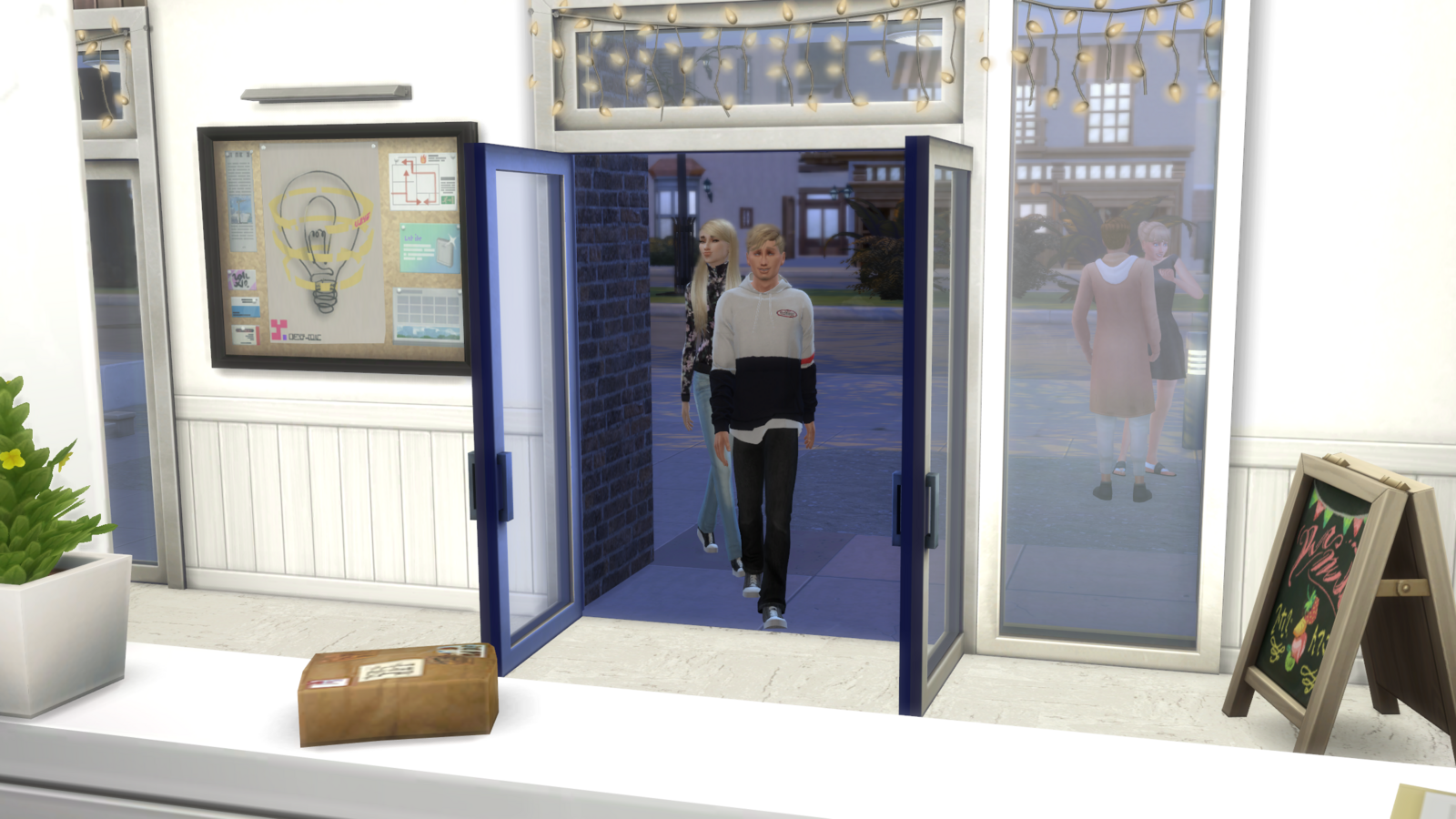 Before long they were escorted to the classroom and introduced to the other students.
Then regular life as a teen began again …