Wiping her mouth after rinsing it a few times, she looked up in the mirror. 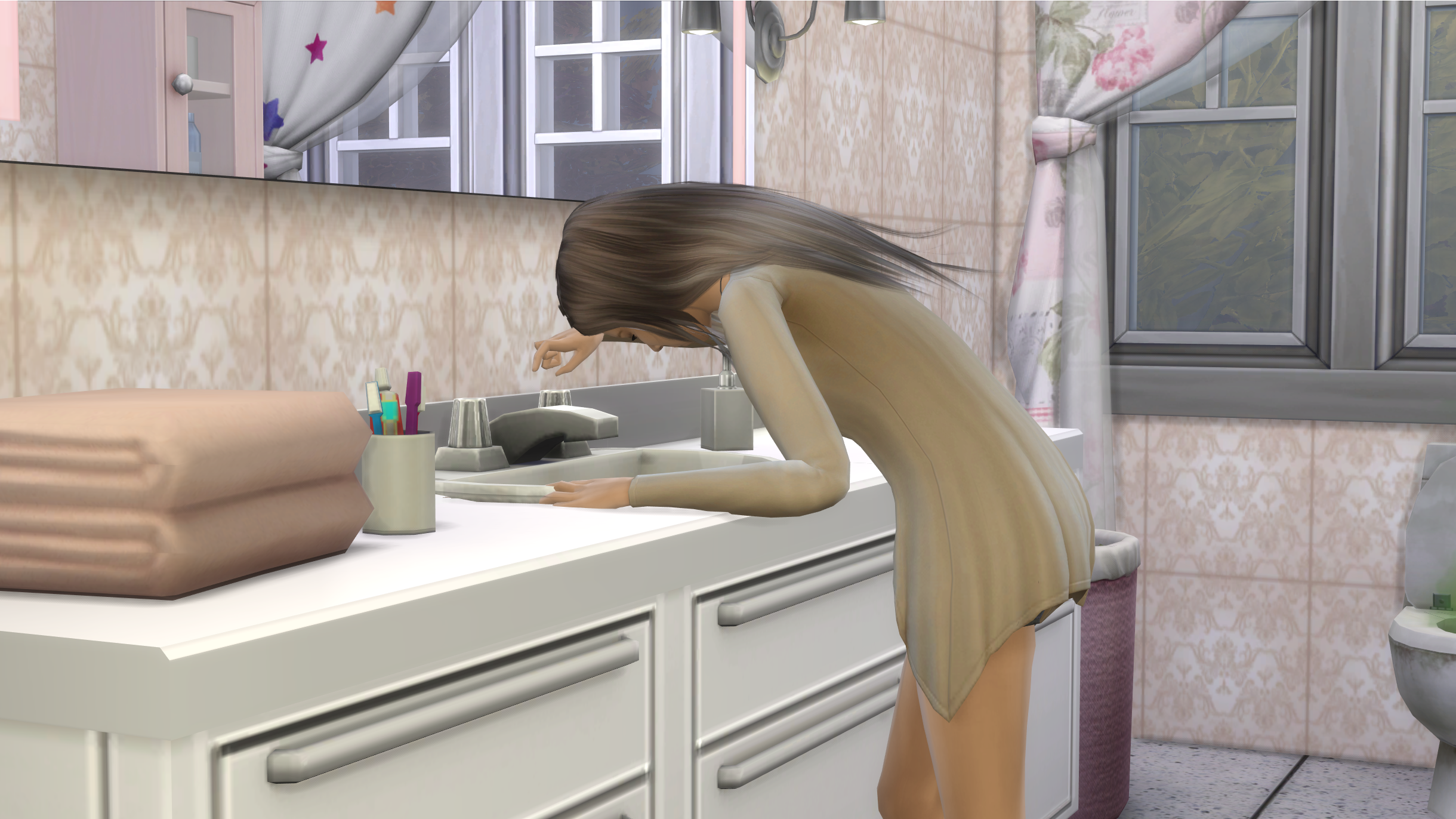 Oh yeah, she had known what she was doing when they were doing it. And what could happen. And went with it anyway. Fully deliberately. 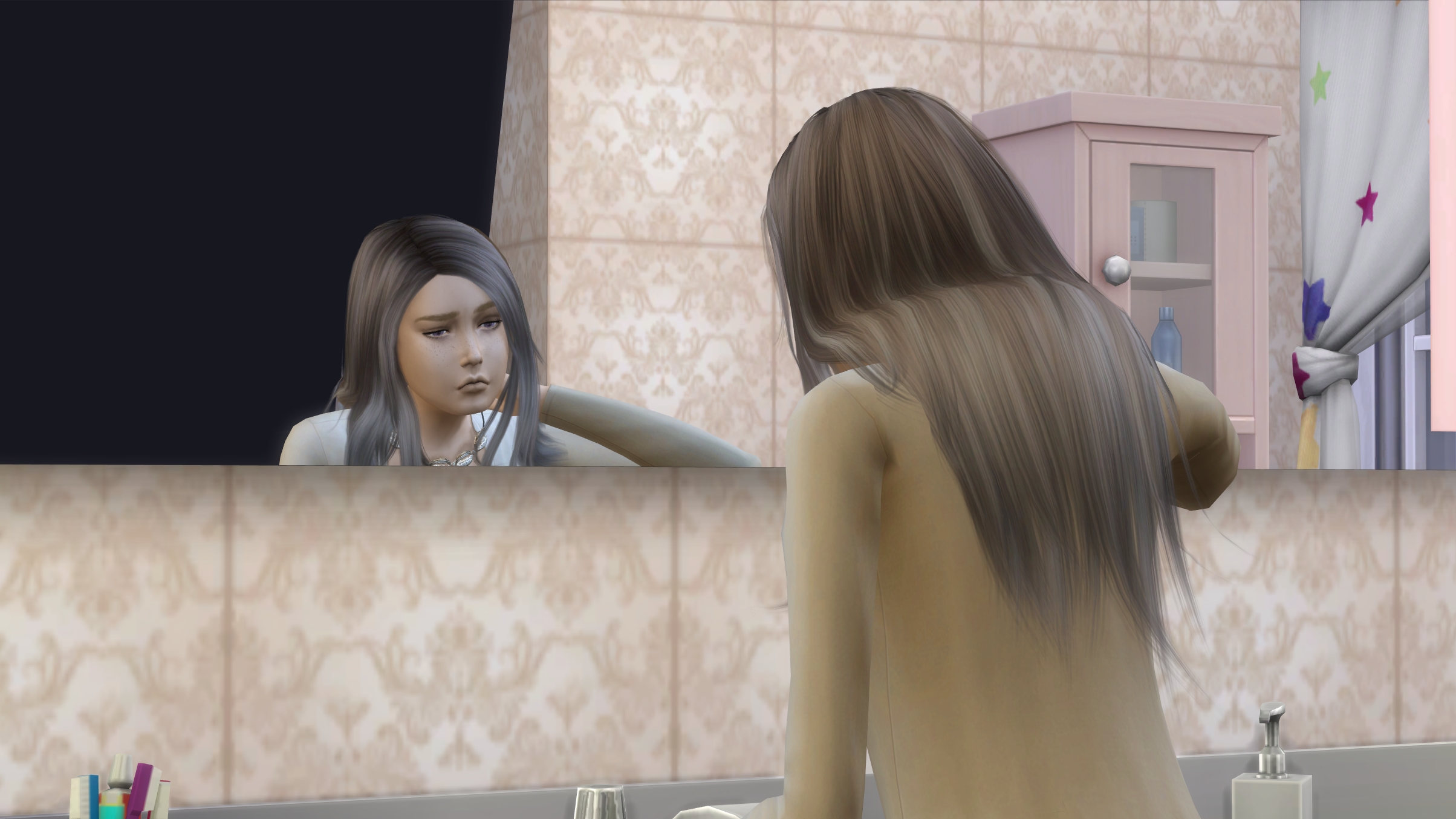 She snorted a laugh.
She should be mortified, frightened and crying. Should be. But wasn’t.
How it all was supposed to work she had not the faintest idea. It would. Others have managed. She would too. Somehow. Right? 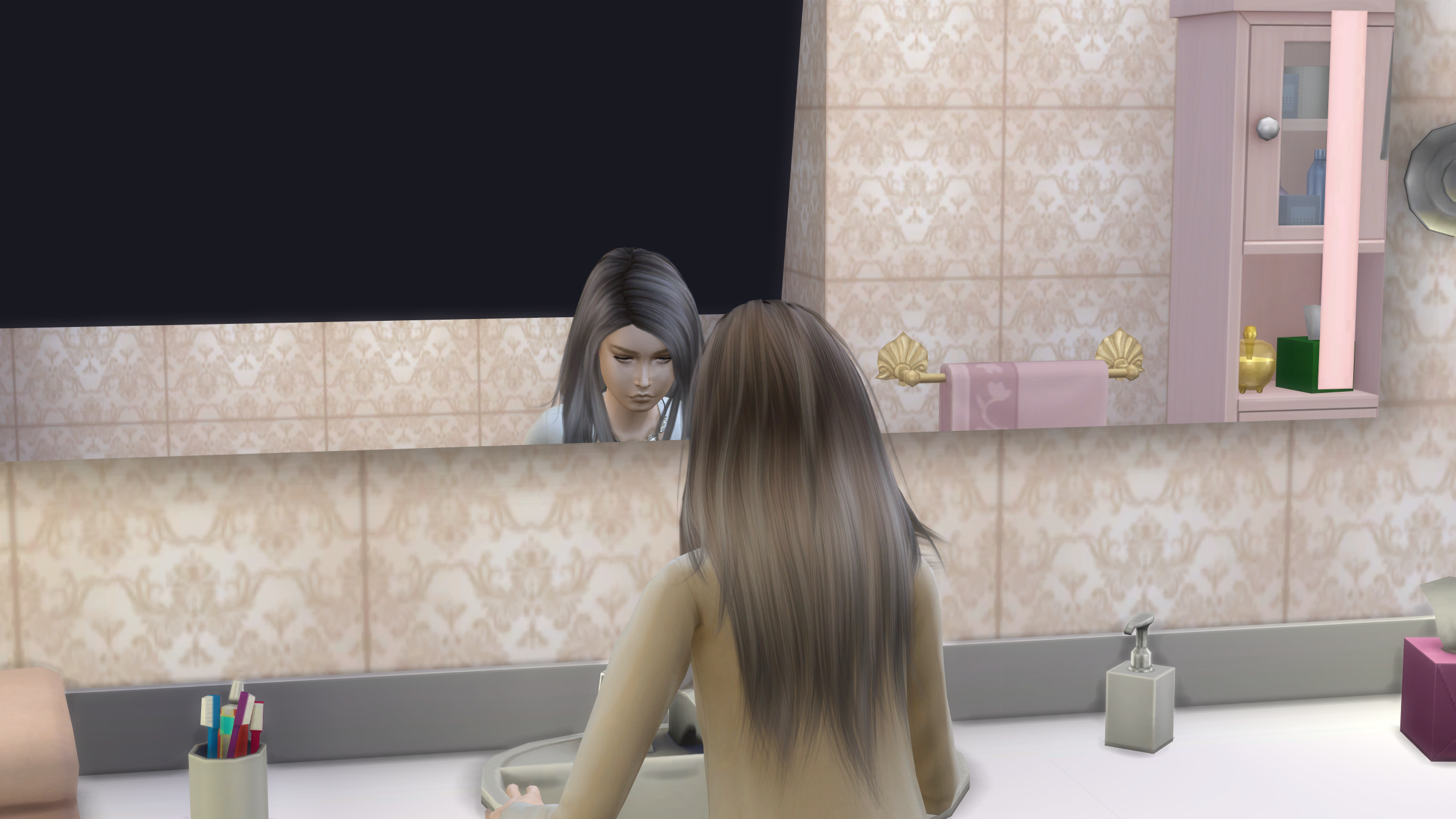 She sat down on her bed. There used to be a time in her life where she thought the first person she would run and tell would be her dad. Now he’d be one of the last on her list. 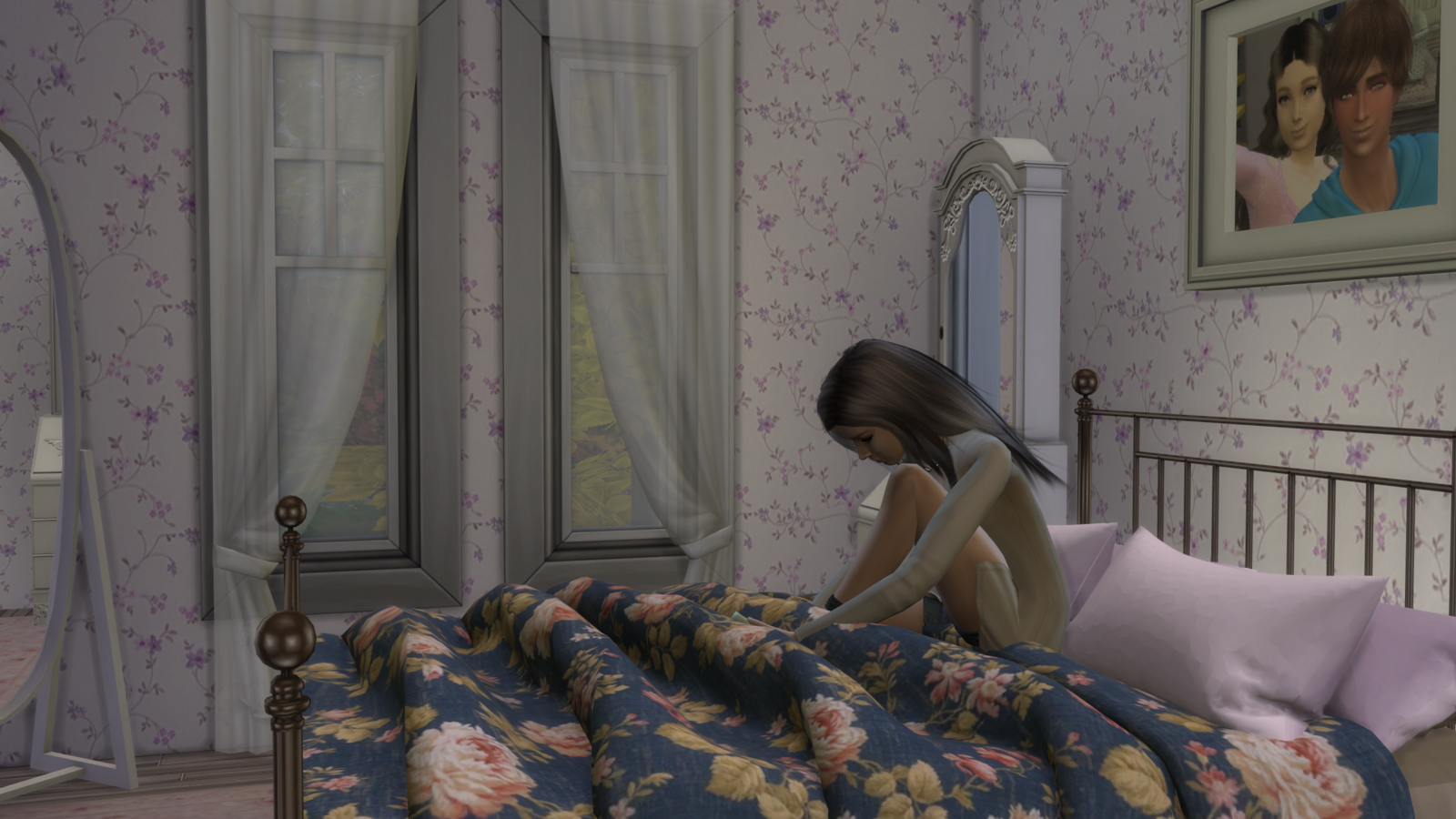 Jacob and she had exchanged messages quite a bit. 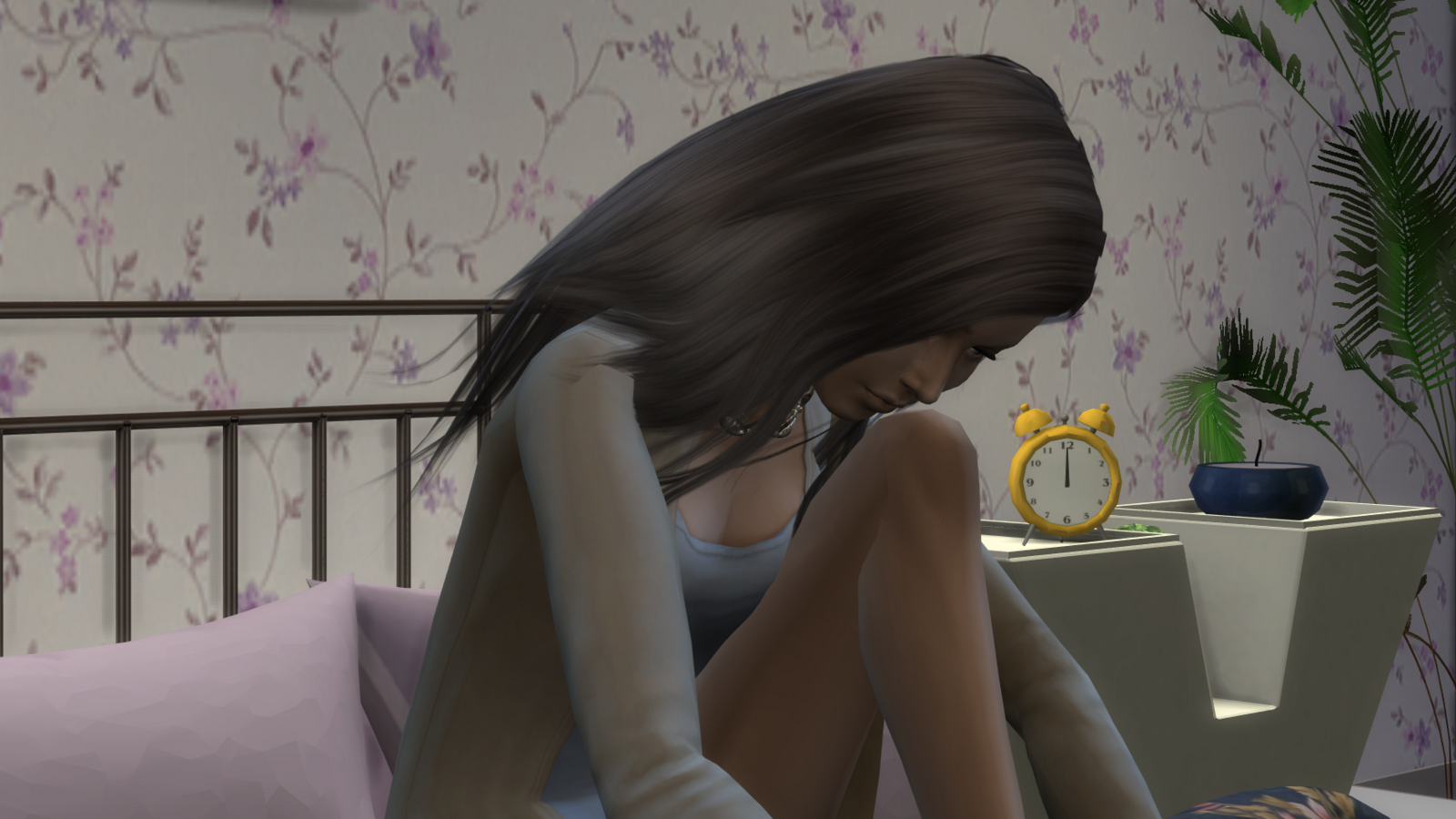 He even called her sometimes.
When he did, for a brief moment, just for the length of that phone call, her world seemed all right again.

Just as she was thinking that, her cell phone rang. She swallowed her sadness and picked it up.

She answered anyway.
“Hello?”
“Gawd, I already feel so much better now.” 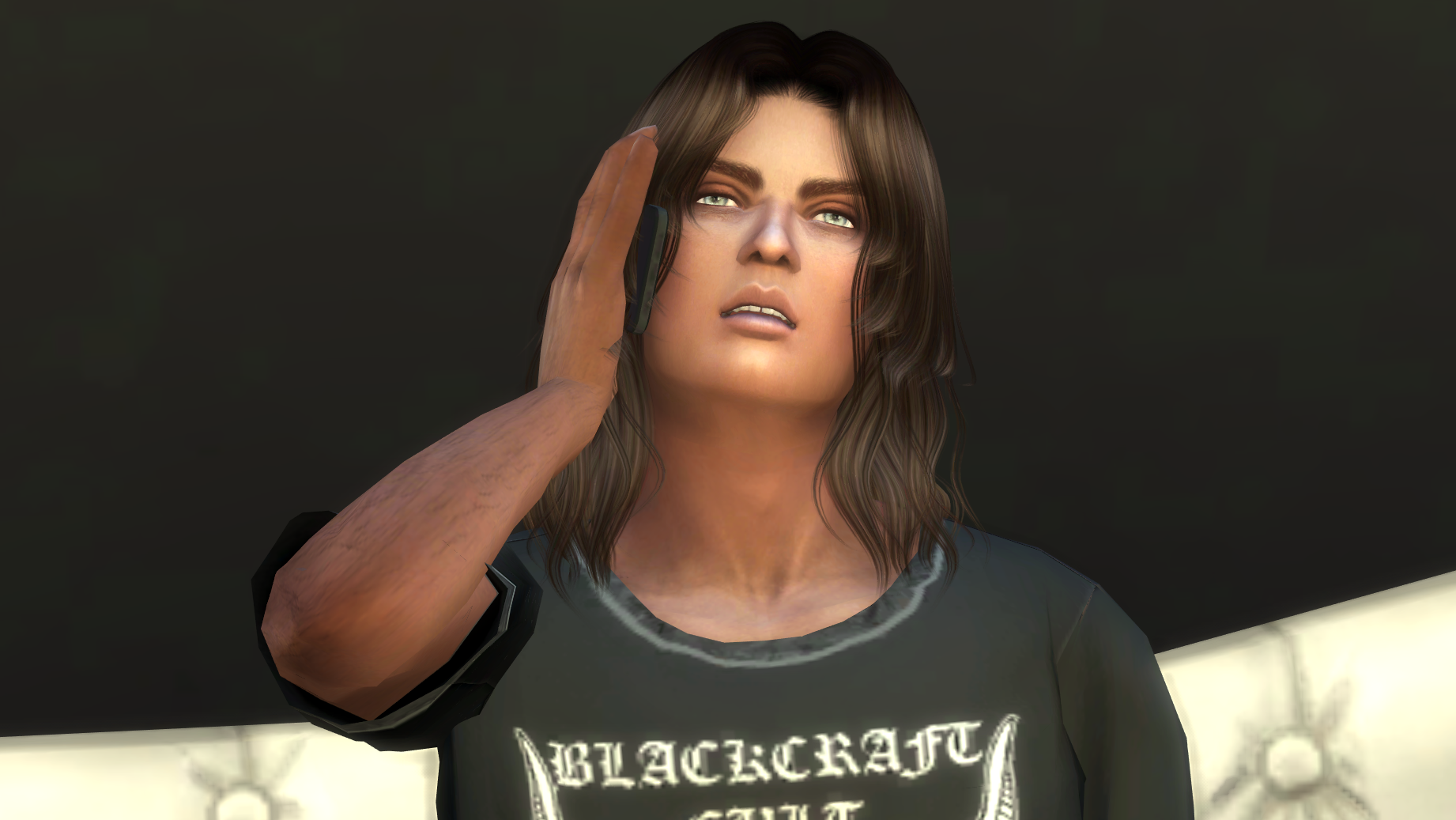 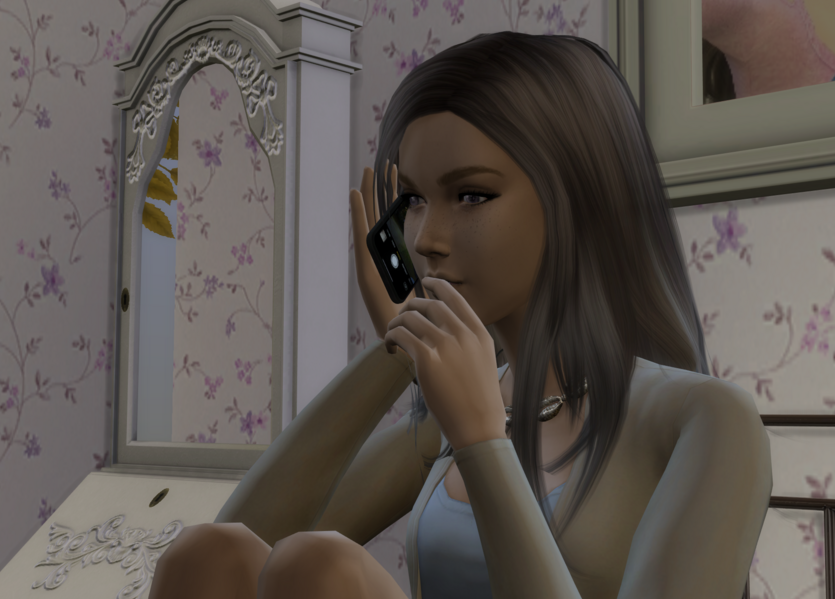 “I am going crazy without you, Abby. What have you done to me? I just cannot snap out of it. I am miserable so far from you. All those years I dreamed of us together like that and now that we have been I cannot stop thinking about you anymore at all.” 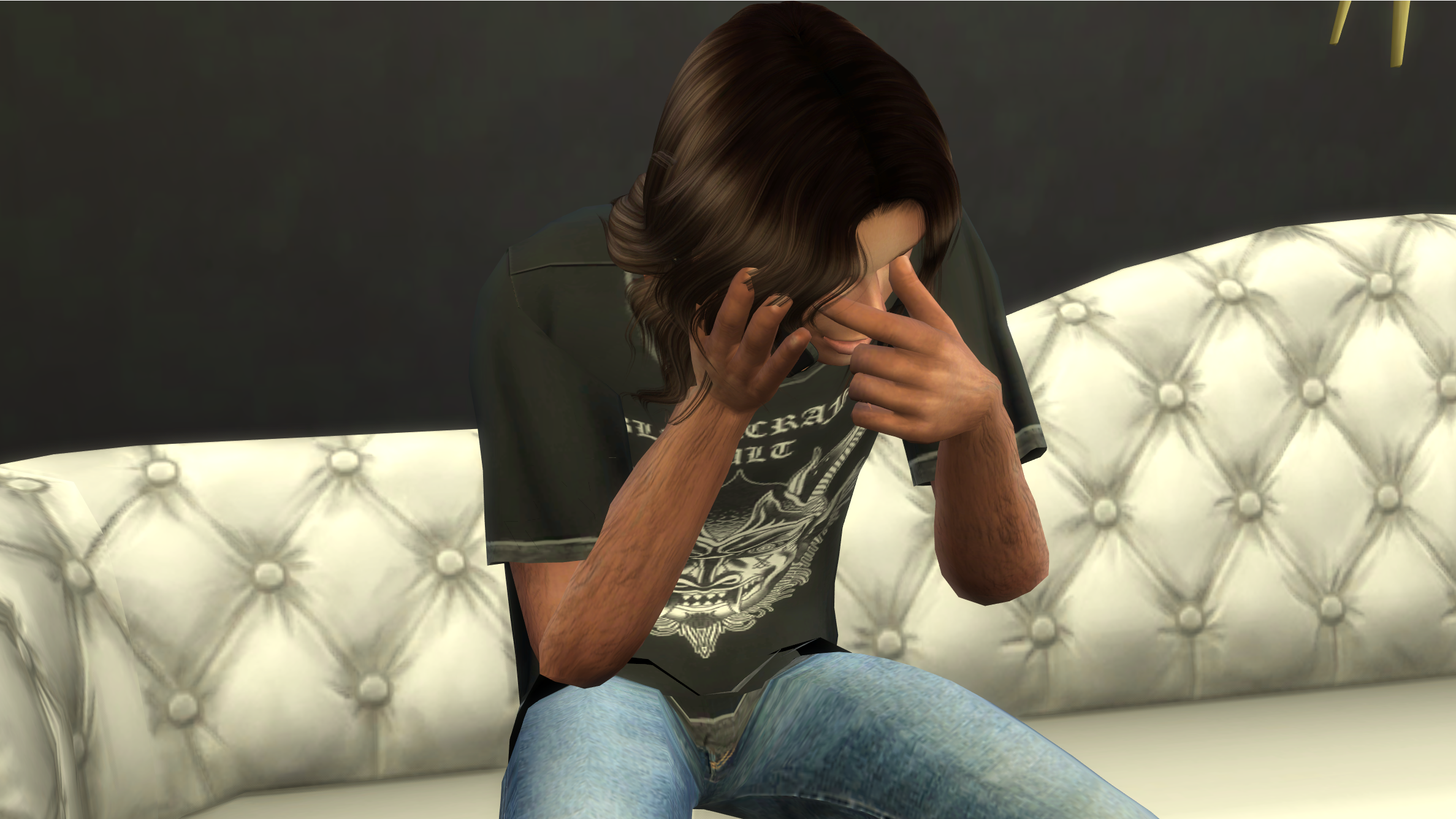 She fought back her tears. And another bout of nausea. Not now!
“Abby?”
“I am here.” was all she could get out while fighting the feeling. 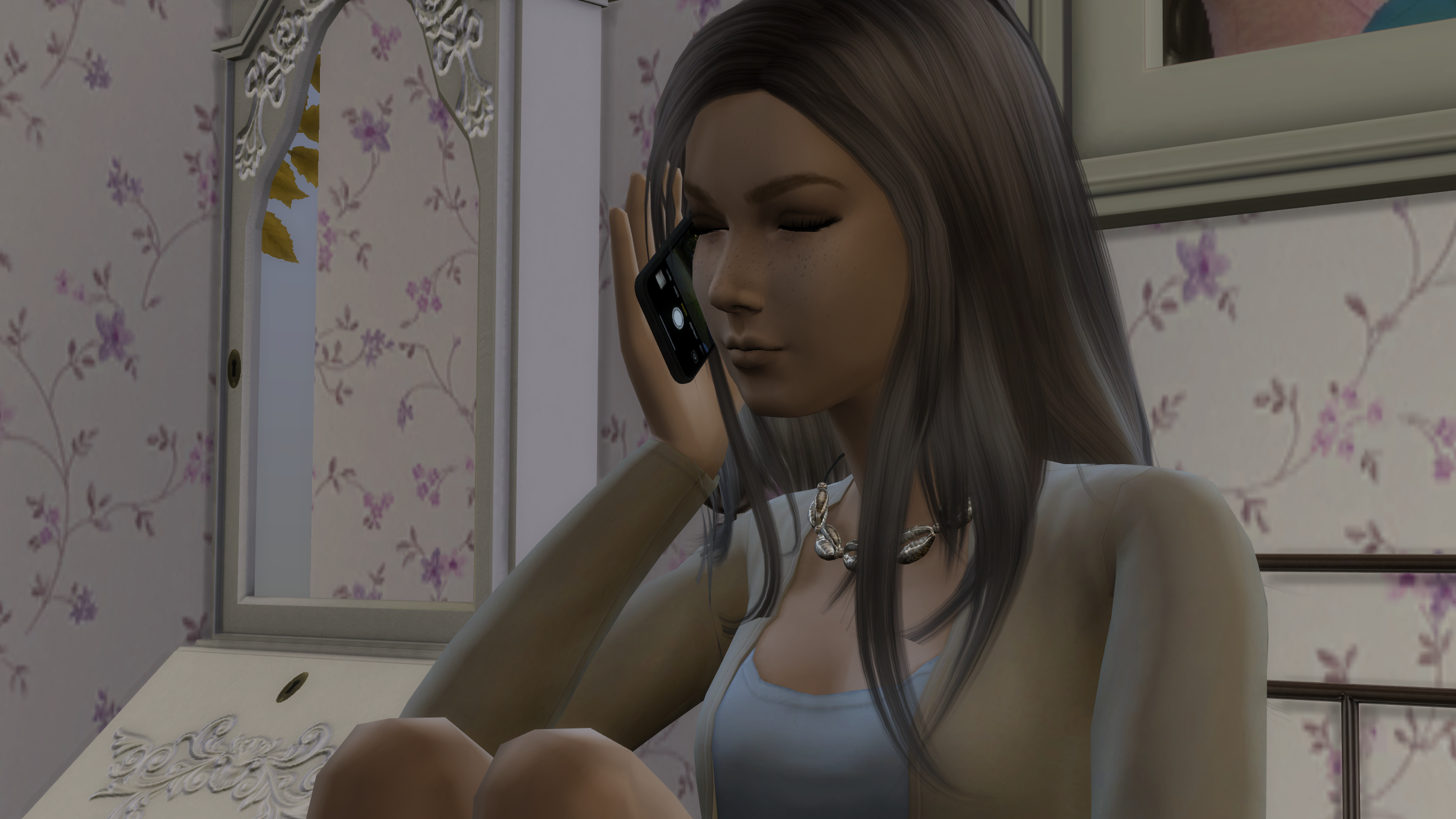 “Did I catch you at a bad time?” there was an undertone of disappointment that his confession went without a comment.
“No. Just sitting here missing you myself, but what else is new. Oh no! Urgh … ” running to the bathroom she tossed the cell phone on the counter and threw up violently, barely making it in time. 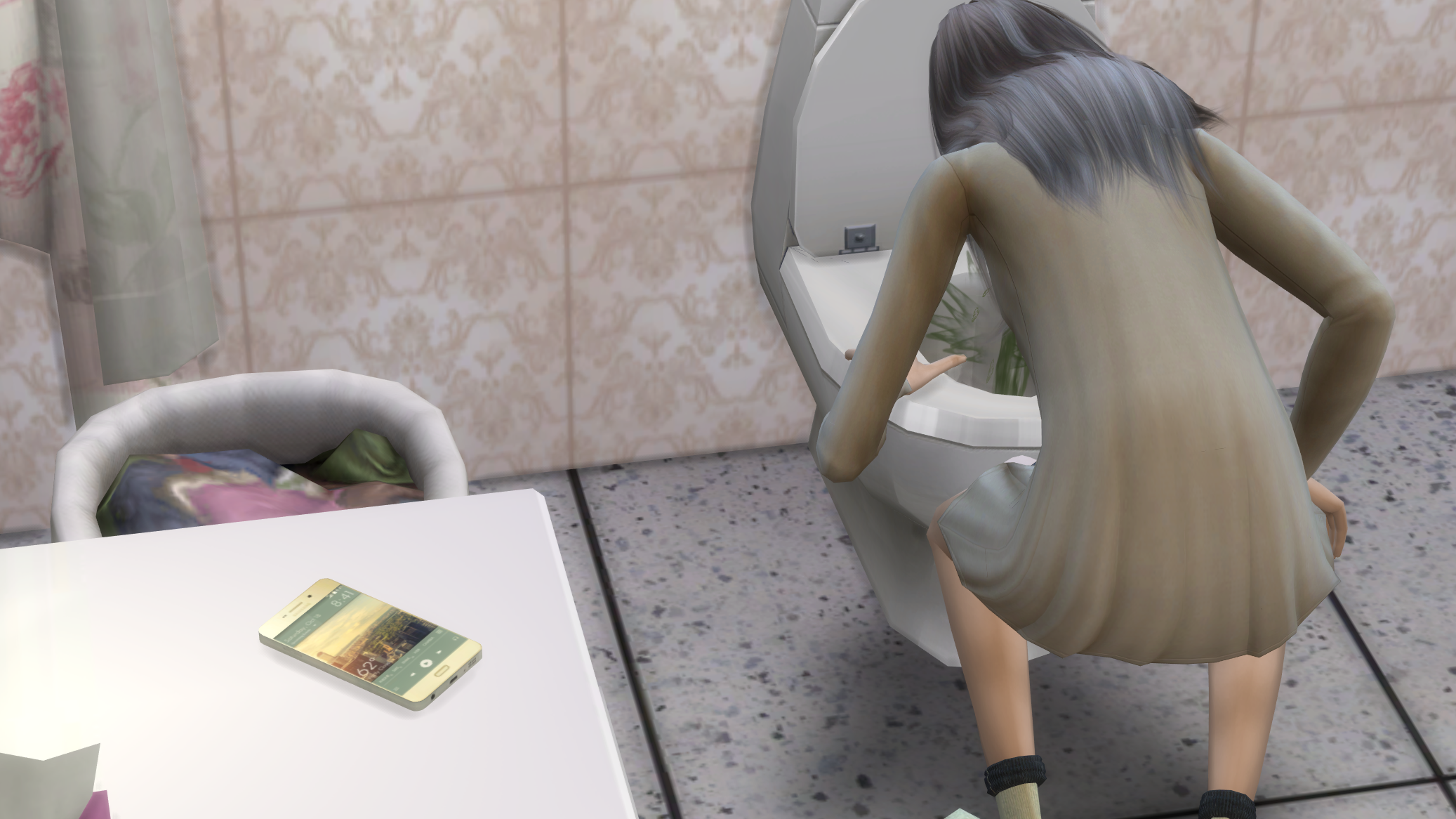 “Abby?! Are you sure you are okay? Are you sick? Do you need me to come?” she heard after she finished and cleaned up quickly. 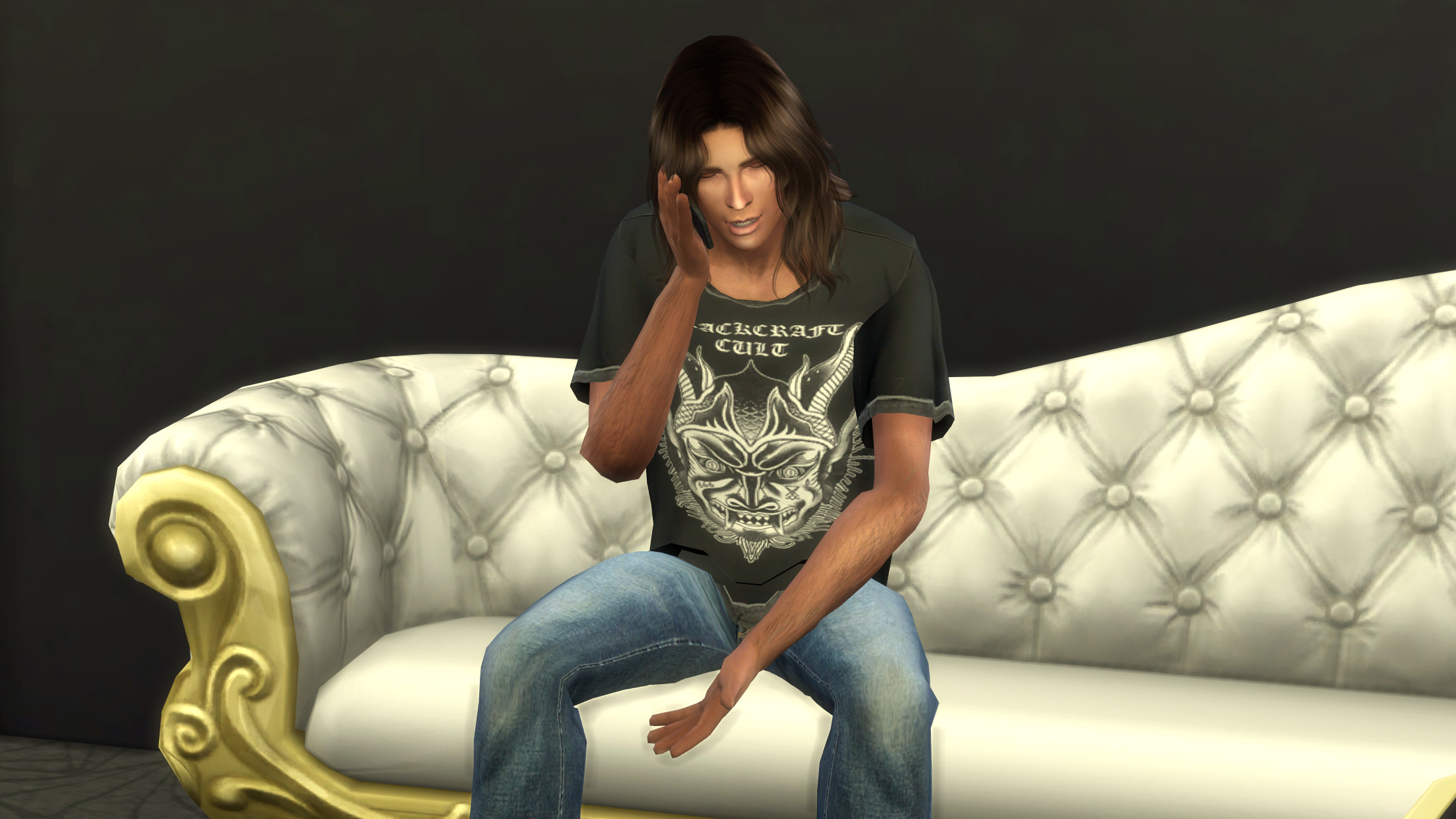 Naturally he had heard everything. She went back to her bed and sat down. All that throwing up and loneliness was exhausting.
“No, just ate something off, I guess. I am getting ready for college soon, you’d just be a distraction.” Those lies hurt. Yes, she wanted him here. Badly.
“You sure you don’t want me to come see you?”
“I …. gotta go.” she tried to deflect.
“I love you, Abby!” he said quickly.
“Love you too.”
She hung up fast. 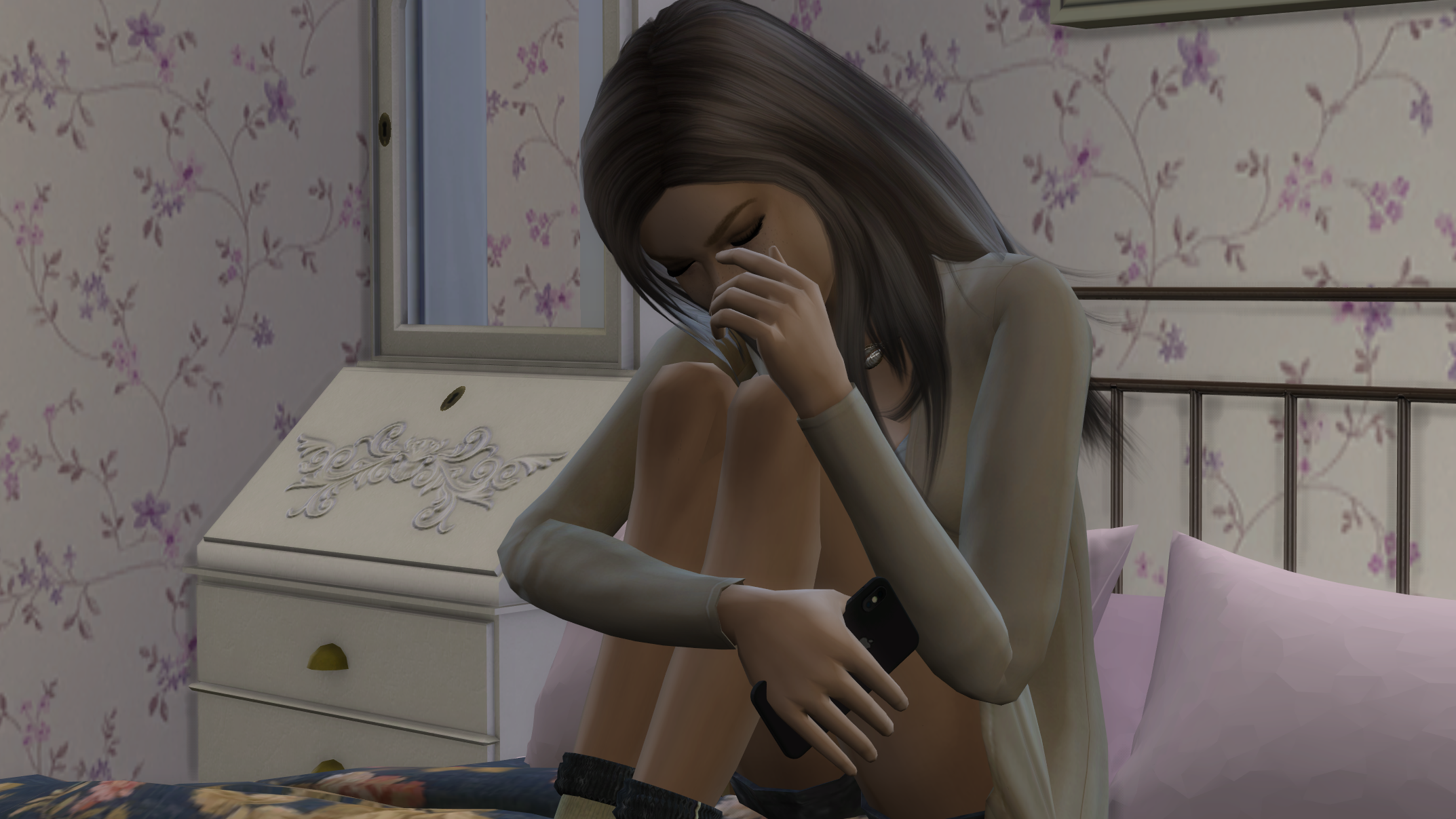 She had been tearing up beyond being able to speak anymore. And had come awfully close to telling him to come to her. And about everything. So very close … 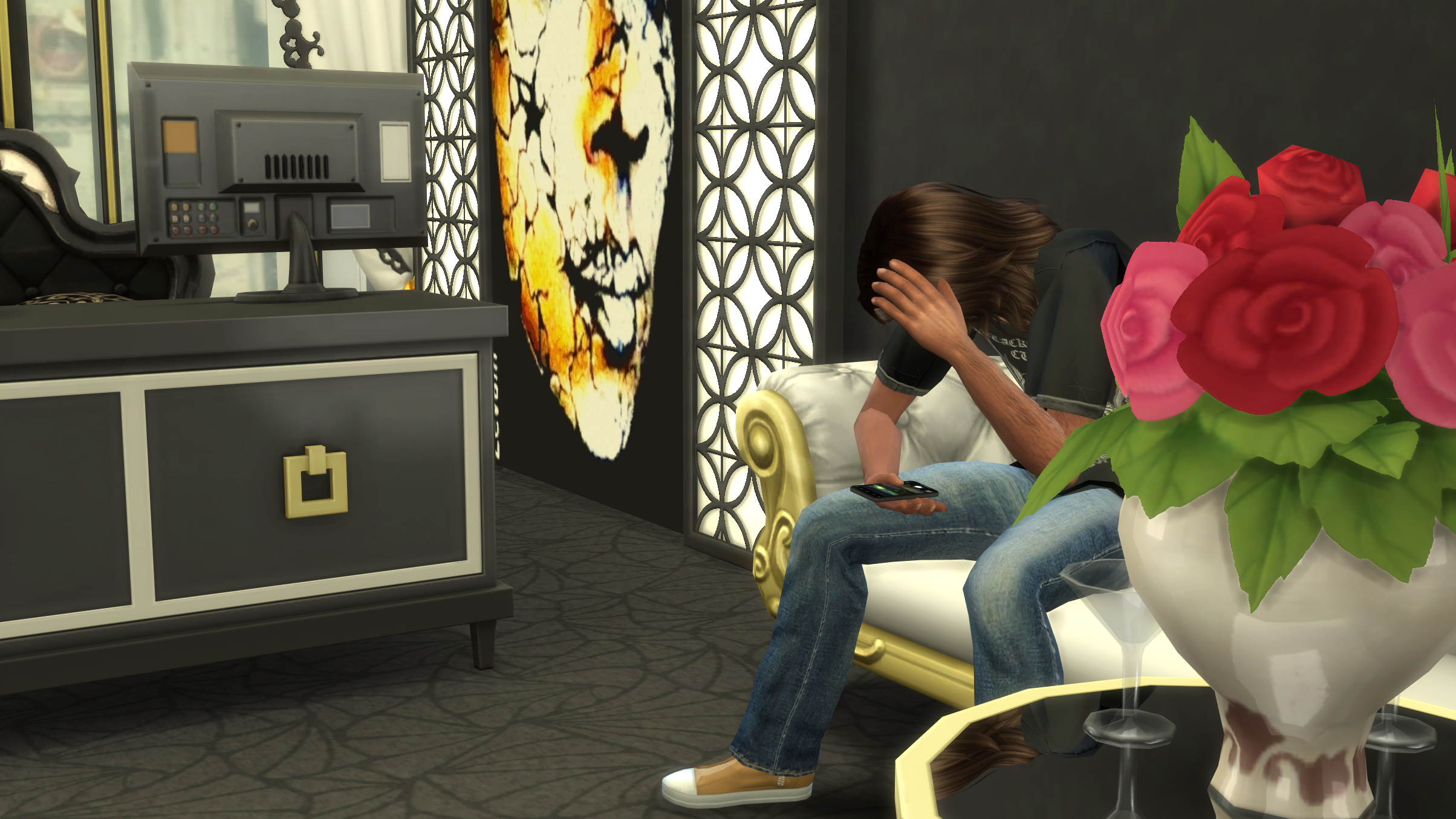 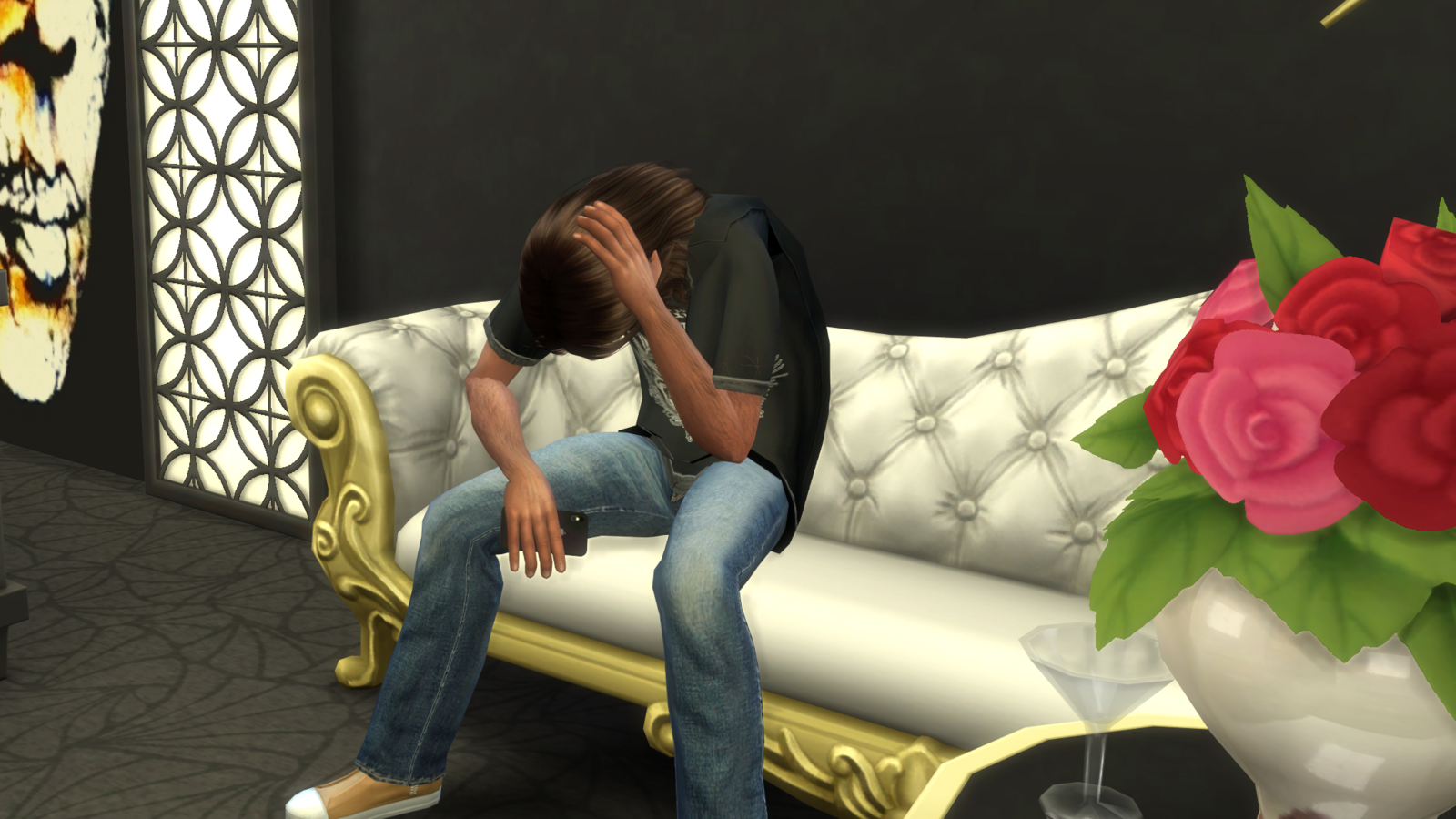 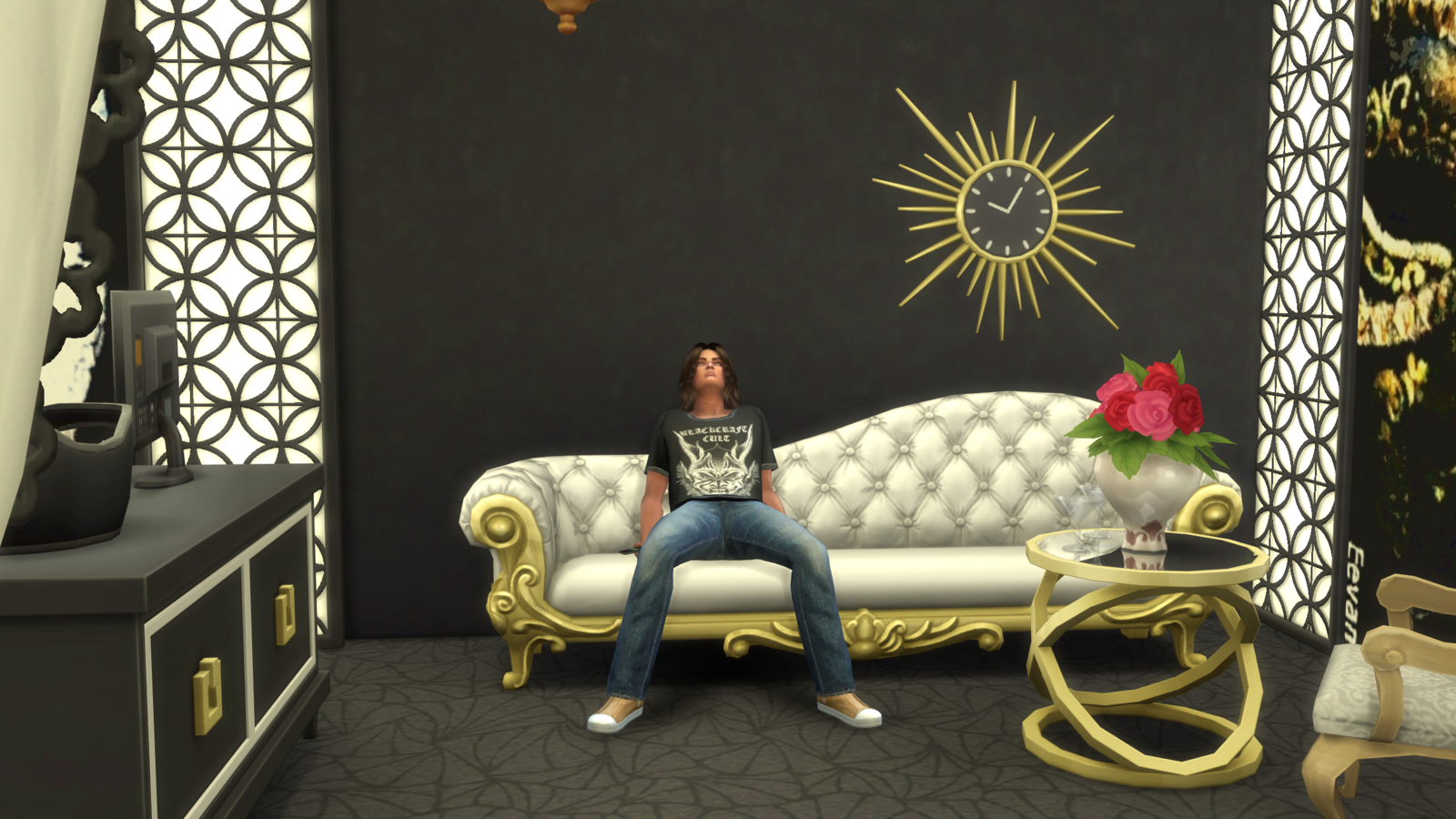 That would have been a mistake. Her annoying sick bouts were a dead giveaway of her situation and not something she could hide long term. She would not have been able to hide it from him.

Just a matter of time that even her permanently distracted parents would figure it out. And then what? Any guess would be a valid one. In her dreams her dad would feel like he abandoned her but be like he used to be and tell her everything would be okay. He would be so supportive and understanding. Ha! Even just thinking that now felt ridiculous. And in those same dreams Jacob would be thrilled once he found out, but her brain told her that she already knew that he would be disappointed and likely run. Which not even quite 18 year old would want to be tied down like that? After all Jacob went through, certainly not him. She’d postpone him finding out for sure for as long as somehow possible.

Her 19th birthday was  coming up fast. After that she had four more weeks before she would leave for college.

Maybe she was able to hide her condition until then. The college she was enrolled at was very modern and had programs for expecting mothers, so they would not have to drop out and could stay on campus even after the birth. At least something.
But did she really want to be the freshman everybody only knew as the knocked up single teen?
No matter how she looked at it, it was going to be rough.

She knew there would be cake and a small celebration and she already dreaded that day, having to fake the entire happy family thing all day long, then Evey, KC and their kids would probably be over in the evening after they closed their store.

And even today she was still fighting  violent bouts of nausea, even now. Running out of excuses fast. How she was supposed to deal with that while having to be around people all day was beyond her. Well, if that was going to be the day she’d be found out, at least there was hope nobody would strangle her on her birthday.

A knock on the door.
Sigh.
She didn’t want to see or talk to anybody. Maybe she could just play dead, they’d think she was asleep and move on.
Another knock.
Evidently not.
“Yeah?”
The door opened and Abby nearly fell over.
“Jacob!”
“Hey …” he said.
She jumped up to greet him, which was a big mistake. Immediately her insides turned upside down and she couldn’t help but run to the bathroom, Jacob followed, watching her from the door, worried. 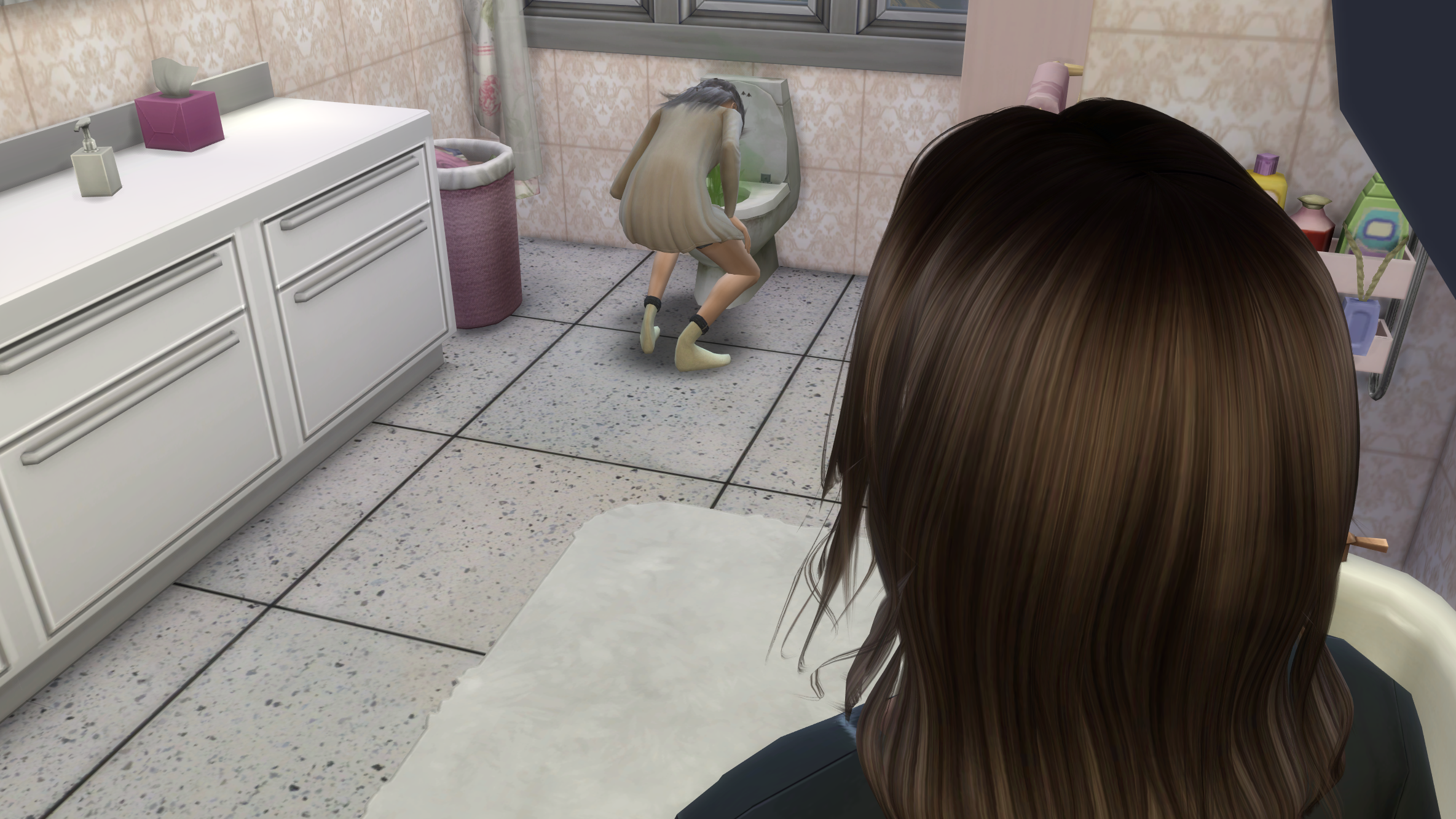 “Privacy … please!” she finally managed to get out during a brief break.
He stayed, wordlessly watched her rinse her mouth, brush her teeth and drink some water.
When she turned to him, he pulled her into an embrace and held her tight, just stood ther with her in his arms for a while then whispered into her ear. 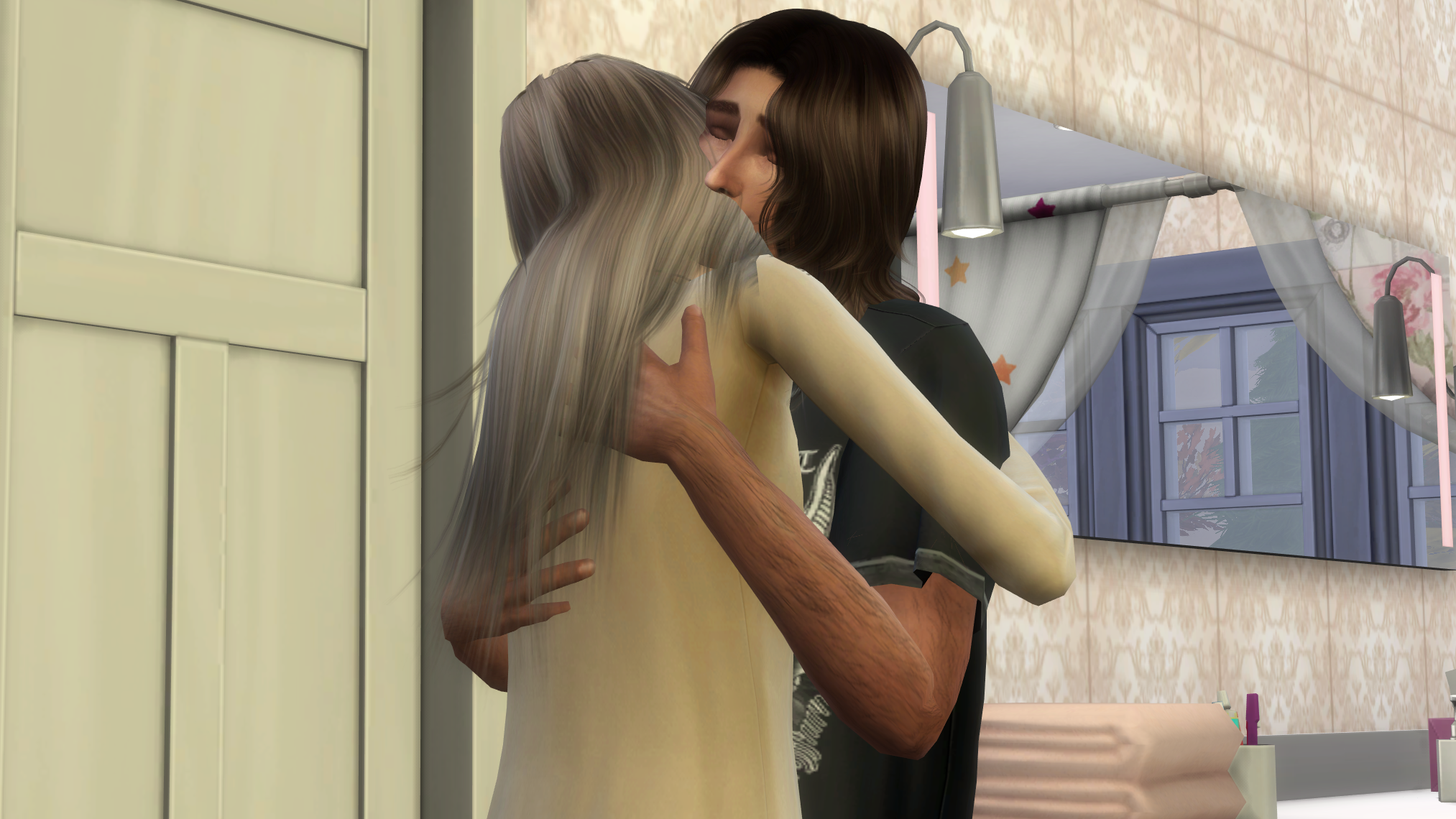 “Do they know yet?”
Abby considered playing dumb, but was too happy and too exhausted, she shook her head instead.
“When were you going to tell me? Assuming it’s mine.”
“Of course it’s yours. I don’t know. Eventually …”
He let go, facing her.
“Abby, I was hoping I was wrong when I suspected … this. We’ve both been reckless when the two of us of all people should have known better. I know I am as much to blame for this mess as you are. But you know we cannot do this, right?” Jacob’s tone was soft, belying the weight of his insinuation within.
“Do what?” Abby didn’t think he meant what she thought he did. 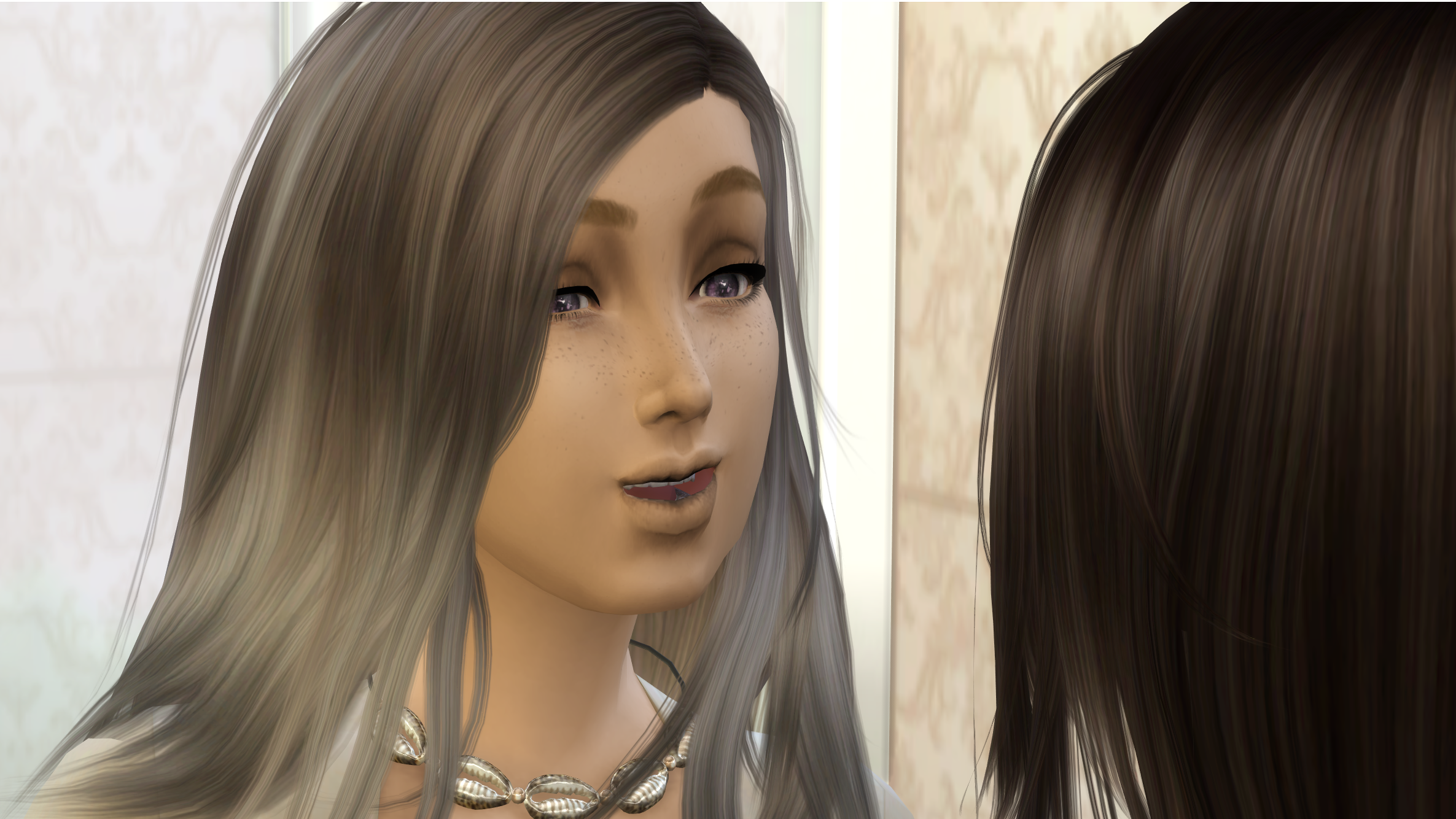 “Have this child. We need to … find another solution.” he said quietly
“What exactly are you saying, Jacob?” Abby had to have misunderstood. Just had to. 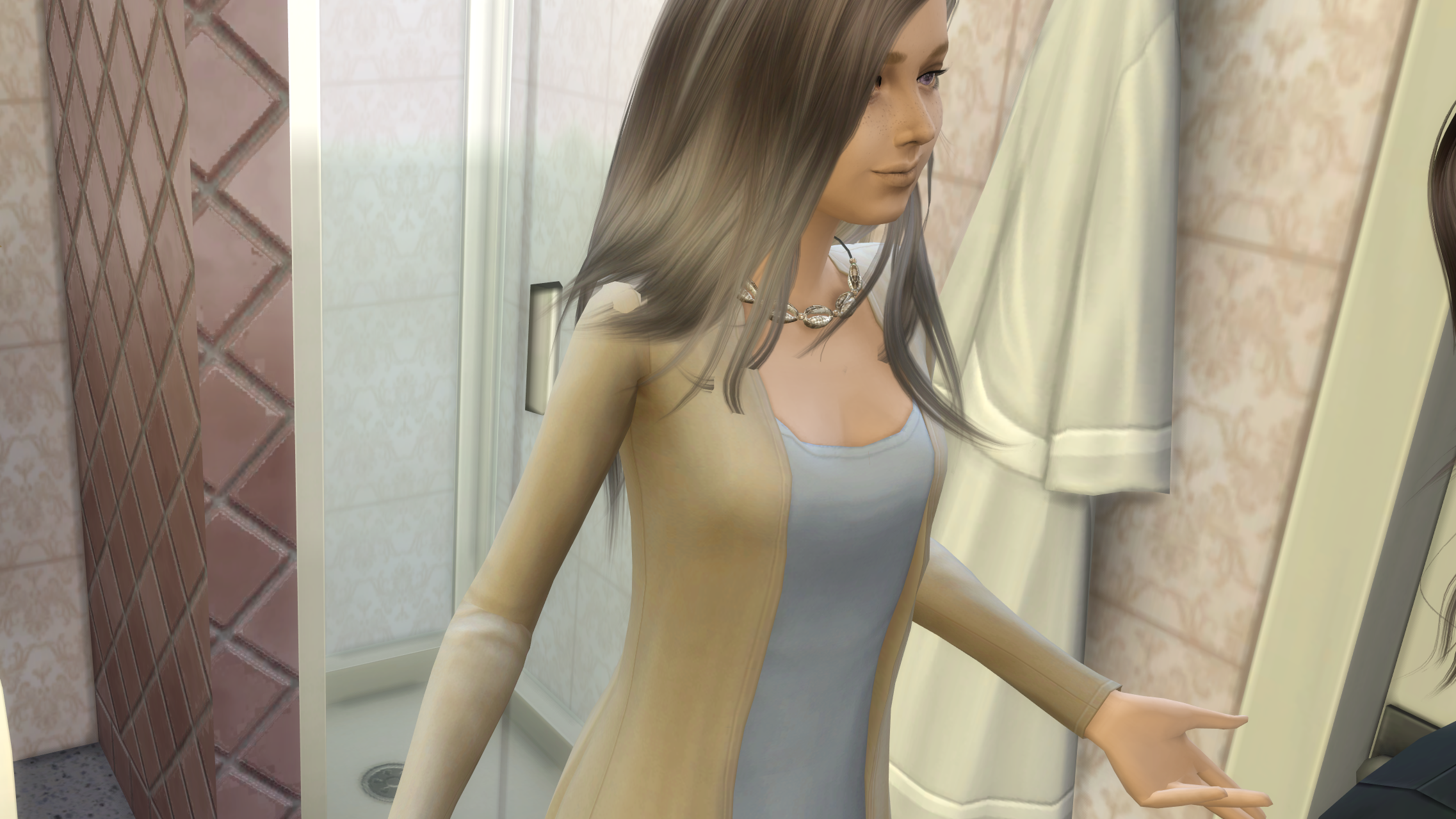 “Are you really going to make me spell it out? Fine. You need to have an abortion. I’ll go with you, I will be by your side, I promise. But we cannot do this. Not now.”
“Jacob, this is a love child! OUR love child.” Abby was mortified. 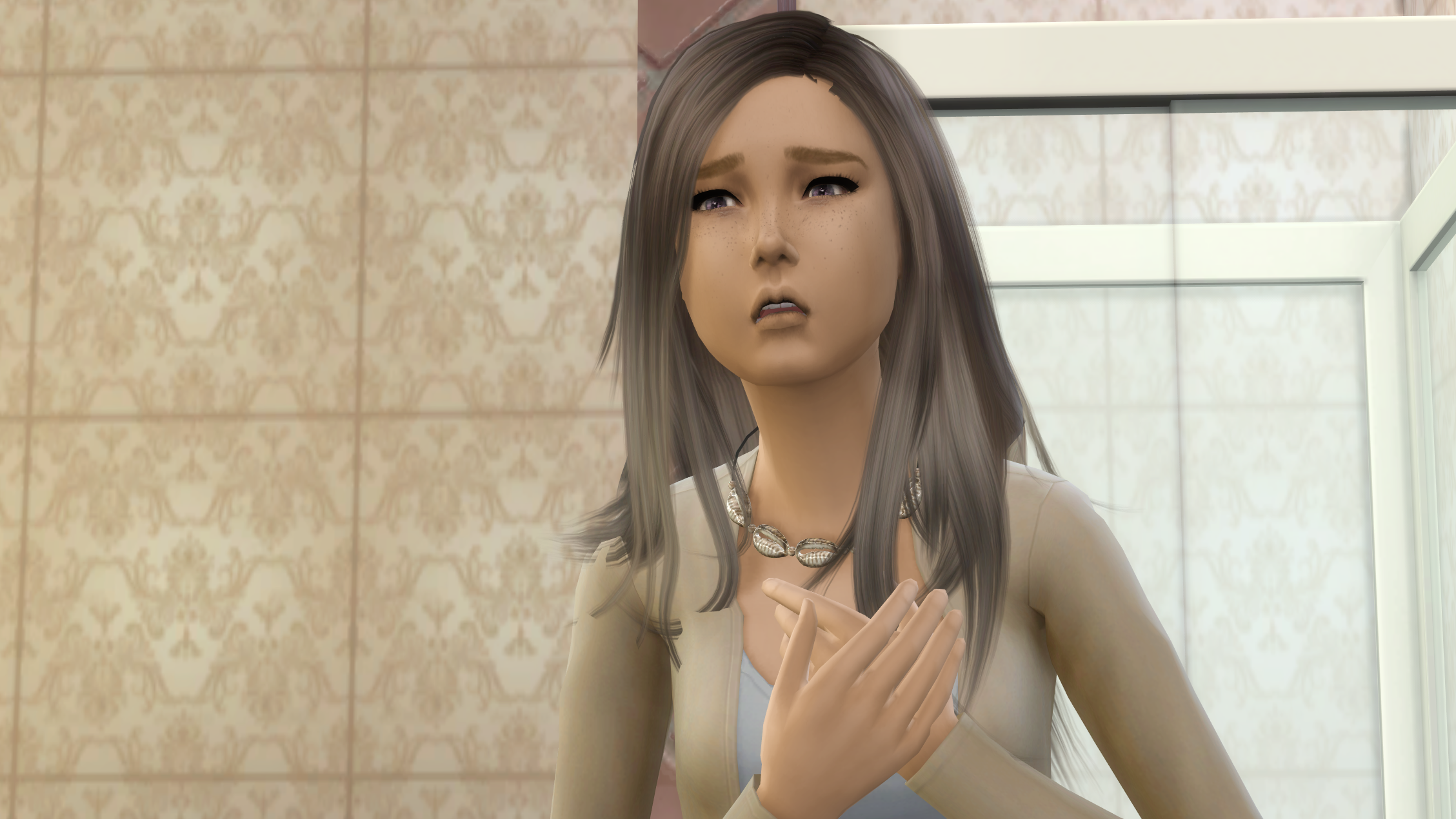 “We will have another, a love child, later. When we are both settled, have a home, and stability. Abby, you are about to go off to college and I am not going to be 18 until several more months from now. I don’t have an income. I came back because I couldn’t be without you any longer, but I cannot go back to the group now. I am pretty sure I am fired and they don’t take you back when you just up and leave. So, right now I am jobless, homeless, I didn’t finish school, I am underage, … How are we supposed to raise a child?” Jacob pressed. 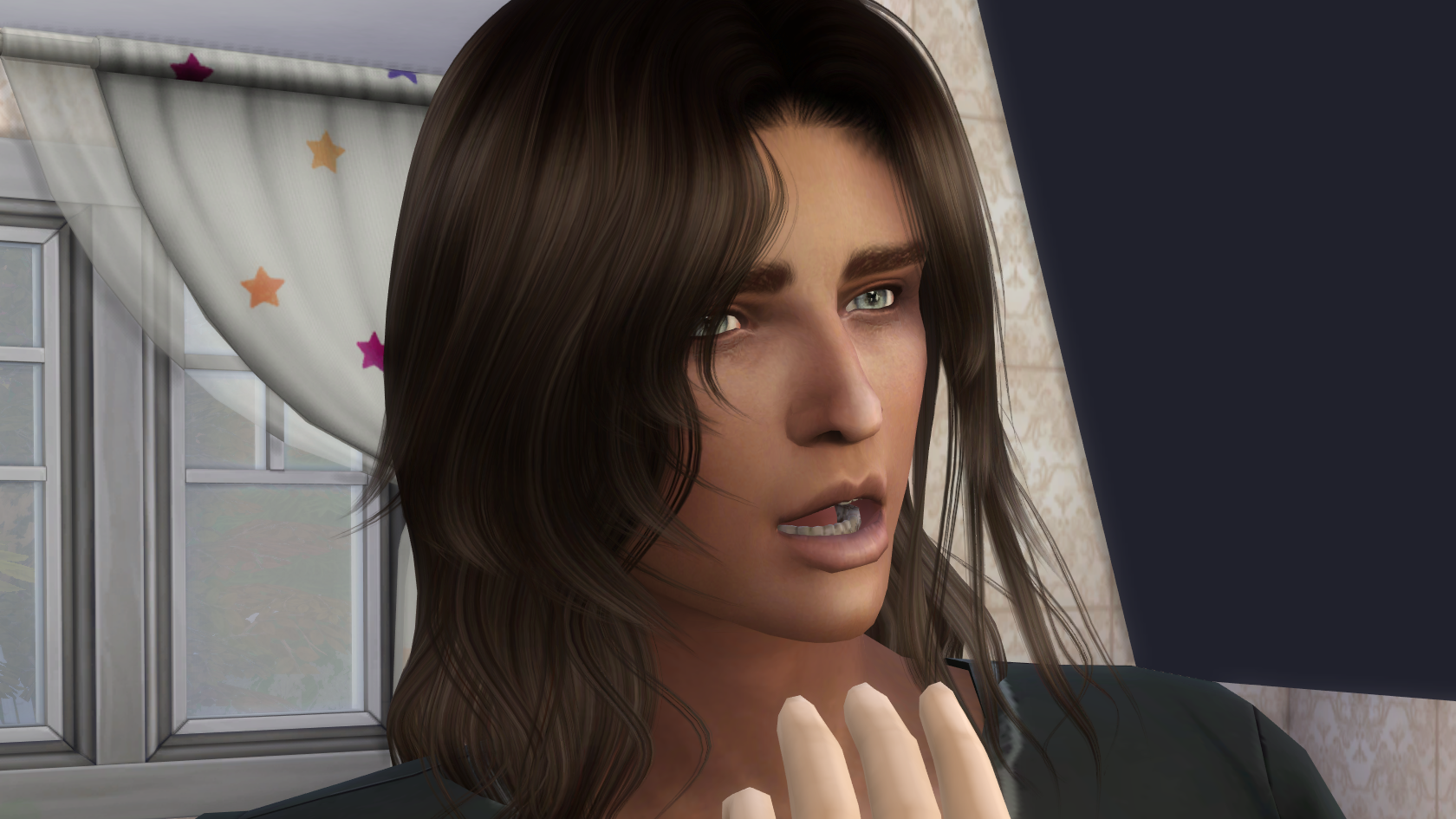 “We could live here. I am sure after their anger wore off they wouldn’t kick us out…” Abby said quietly. 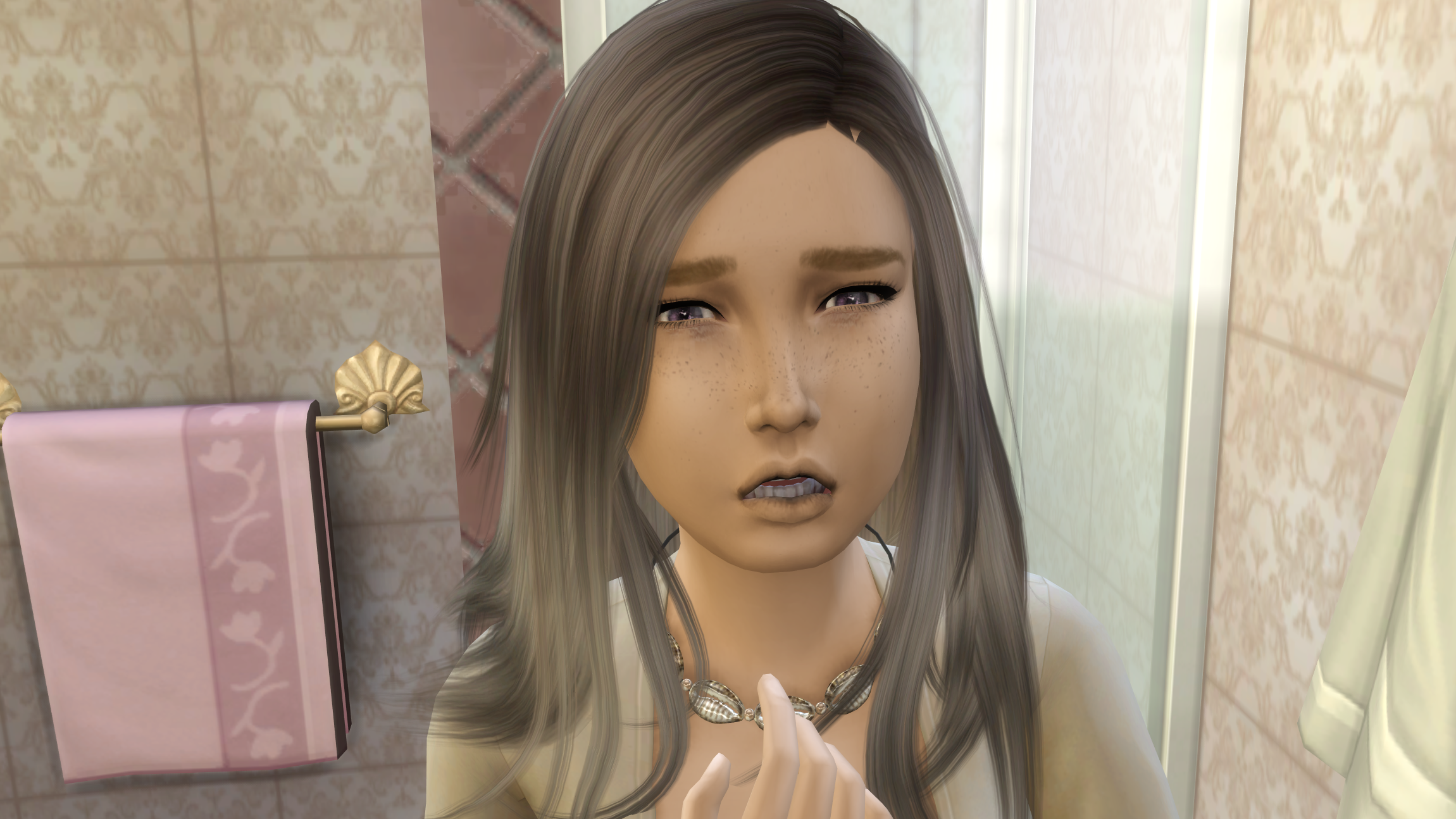 “I cannot come back to living here. Just being here now is making me claustrophobic and antsy. I cannot stand this place. I am only here because of you. But this, baby … we cannot do that. No buts and ifs about it.” 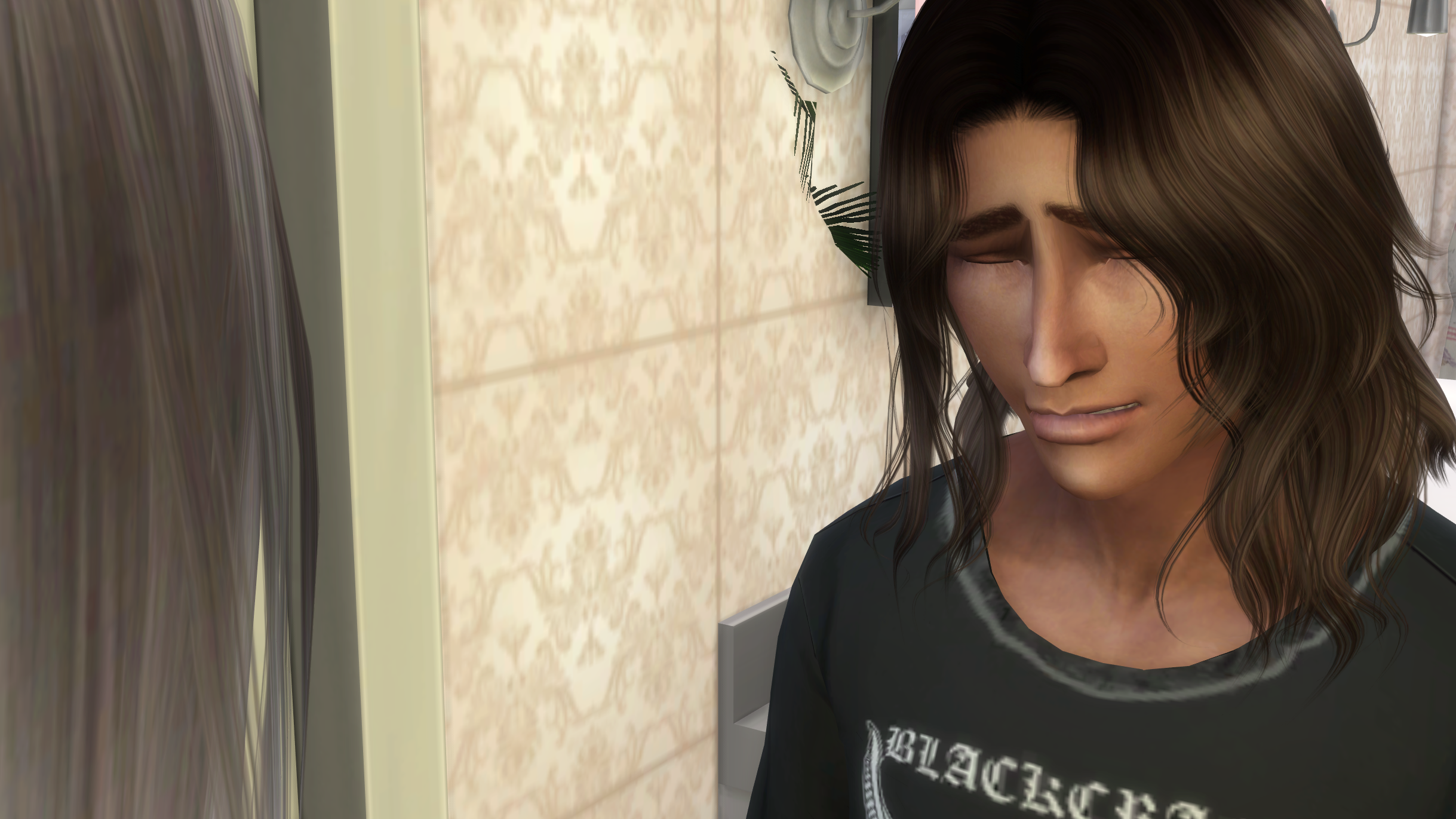 Abby felt nauseated again, but not because of the pregnancy. His words were pulling the last bit of rug out from underneath her and she was helplessly falling into an abyss with no bottom to it. Here he was, the love of her life, just how she had hoped and dreamed, but what he was asking of her was monstrous.
And the worst of it was that what he was saying made perfect sense. 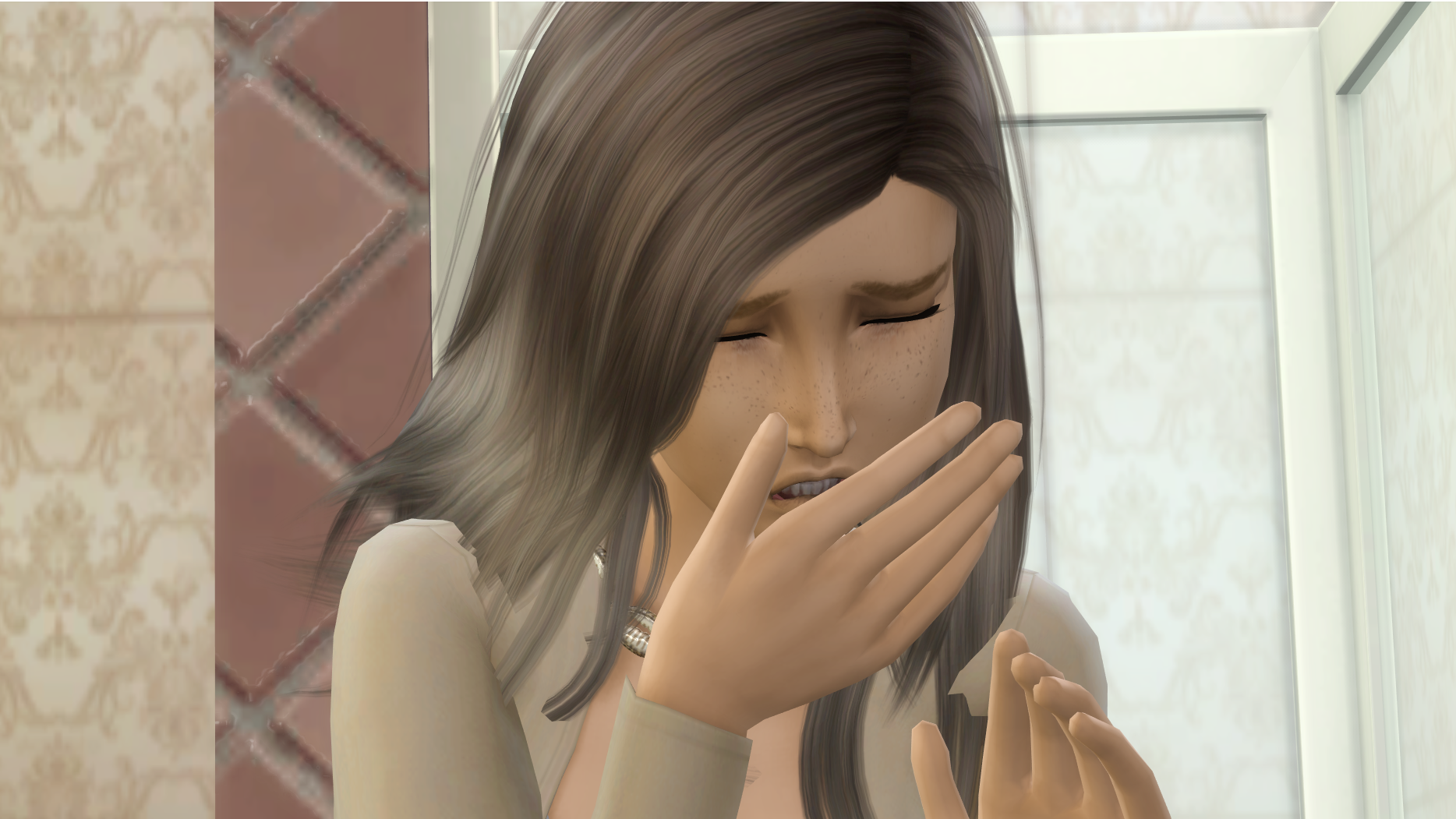 Maybe if they both had different parents, maybe if she were Aunt Evey’s child, they could all swing a teen pregnancy in between college and odd family ties, but as it sat now, with every single family member up in arms about something and everything …
“I need to think about this…” Abby heard her own voice like that of a stranger.
“Abby what is there to think about? You know I am right. The longer you wait, the harder this will be. Let’s find some places and we’ll call them tomorrow. I’ll be with you the entire way.” 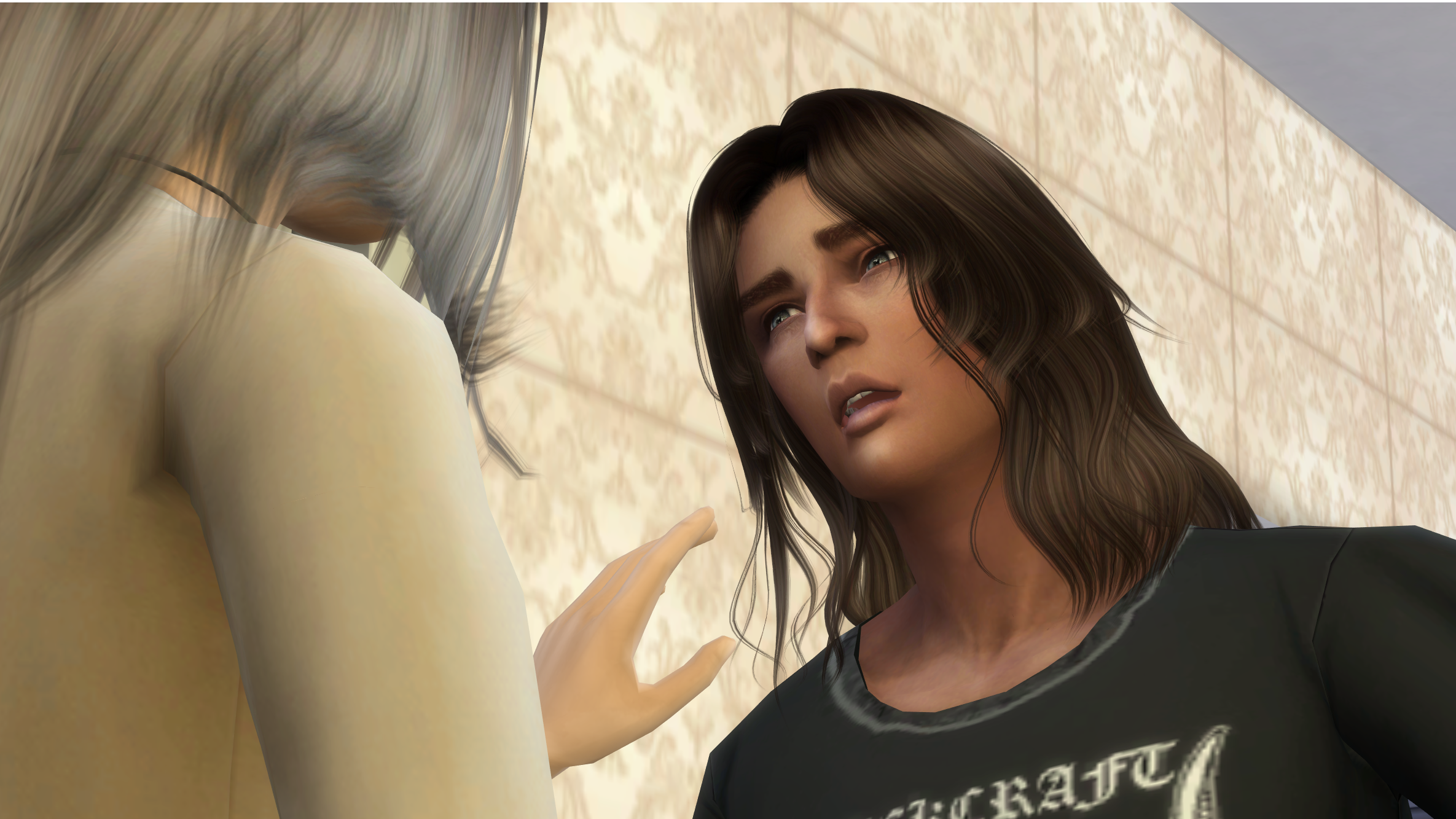 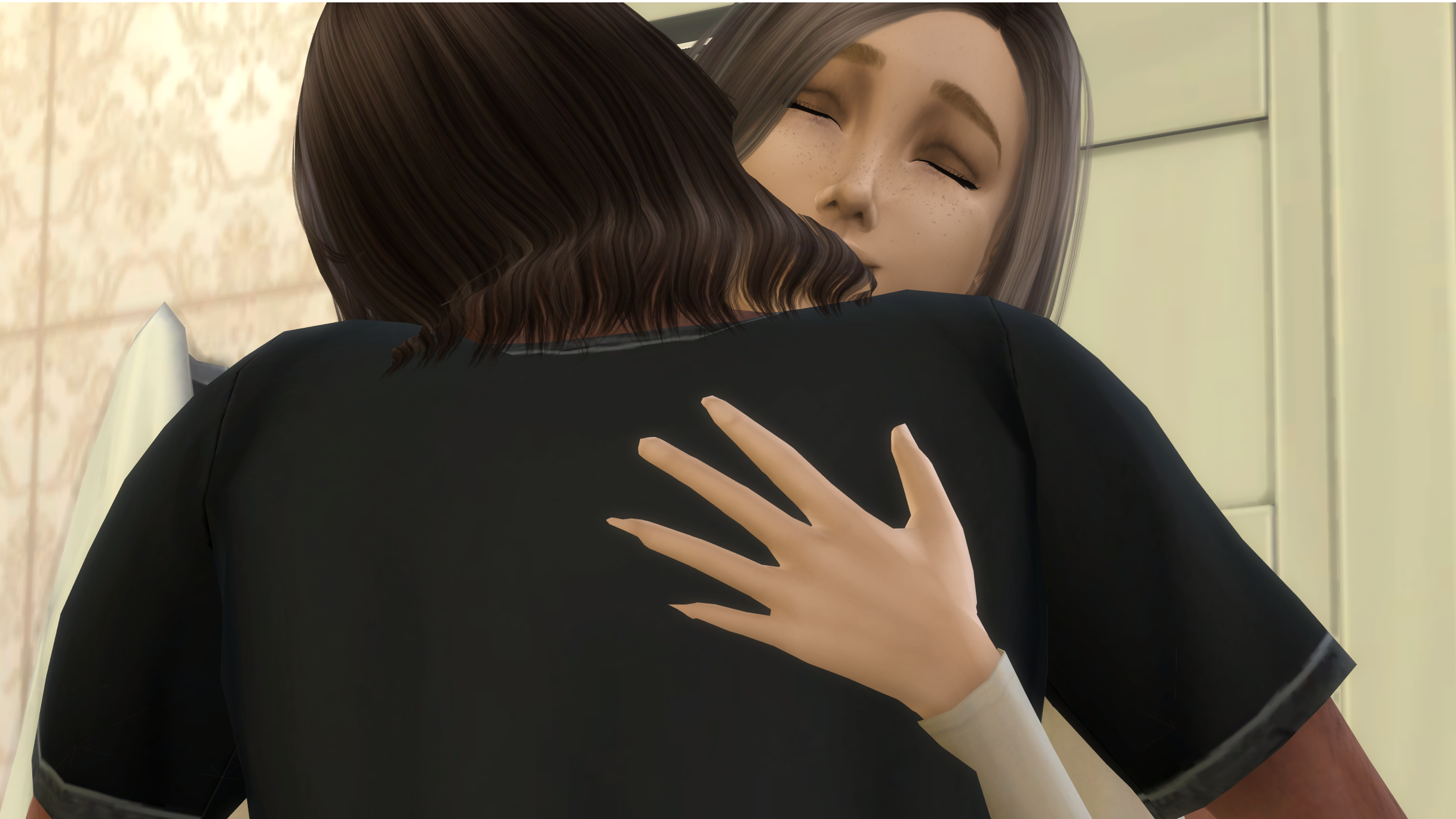 Now Abby really dreaded her birthday. How was she to fake being happy and all right now? 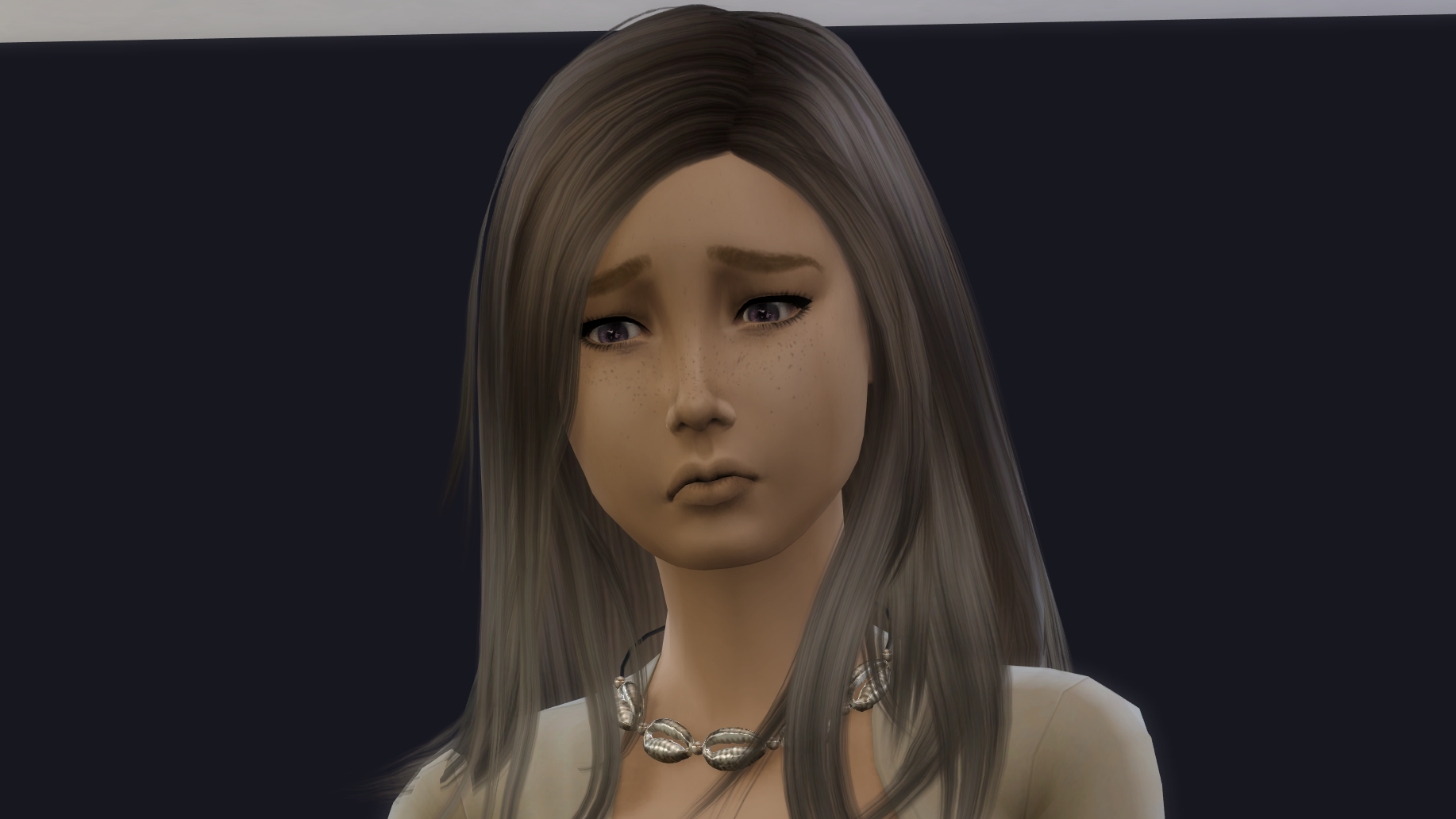 Was she really going to go through with this? 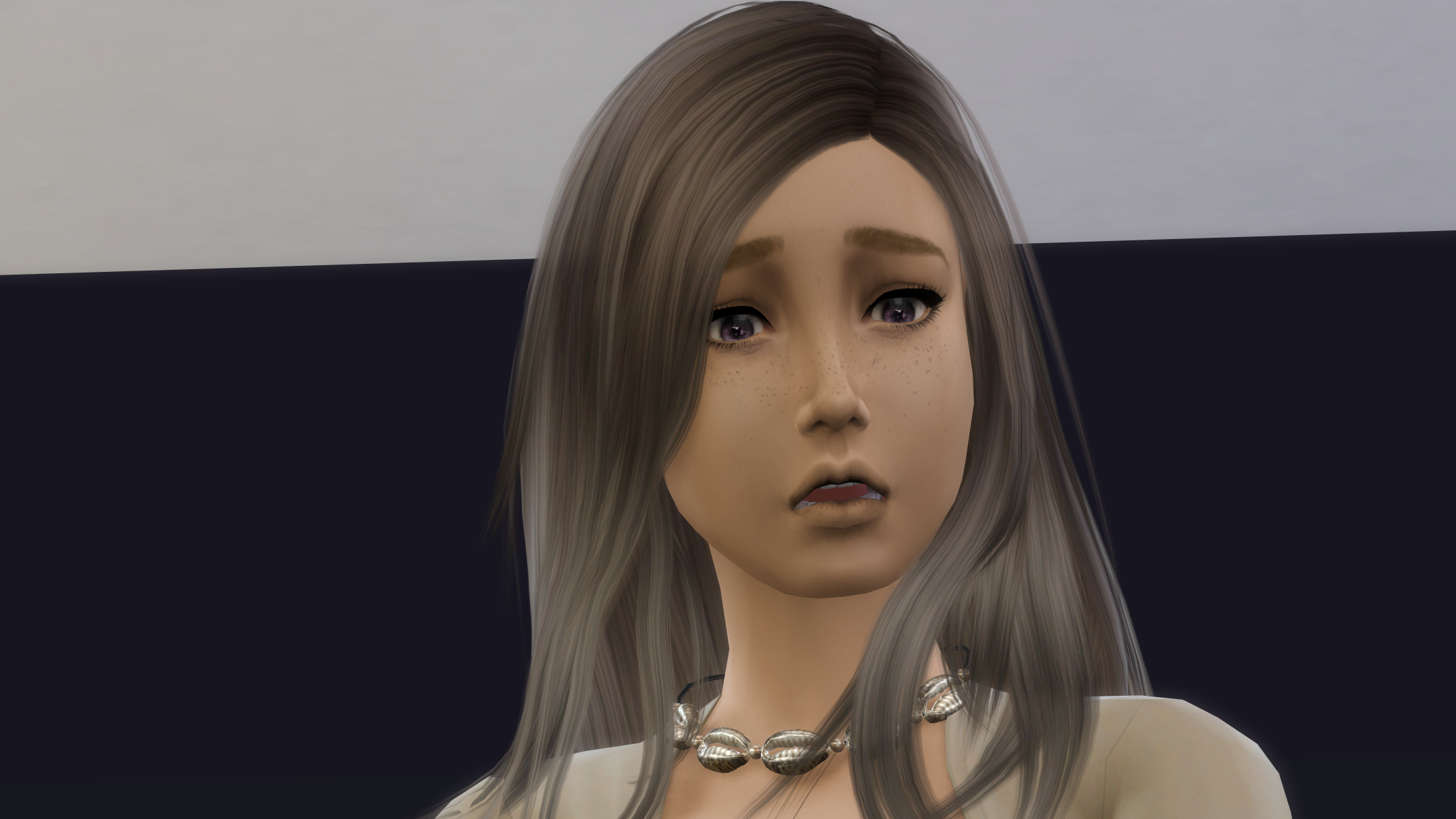 Did she even really have a choice? 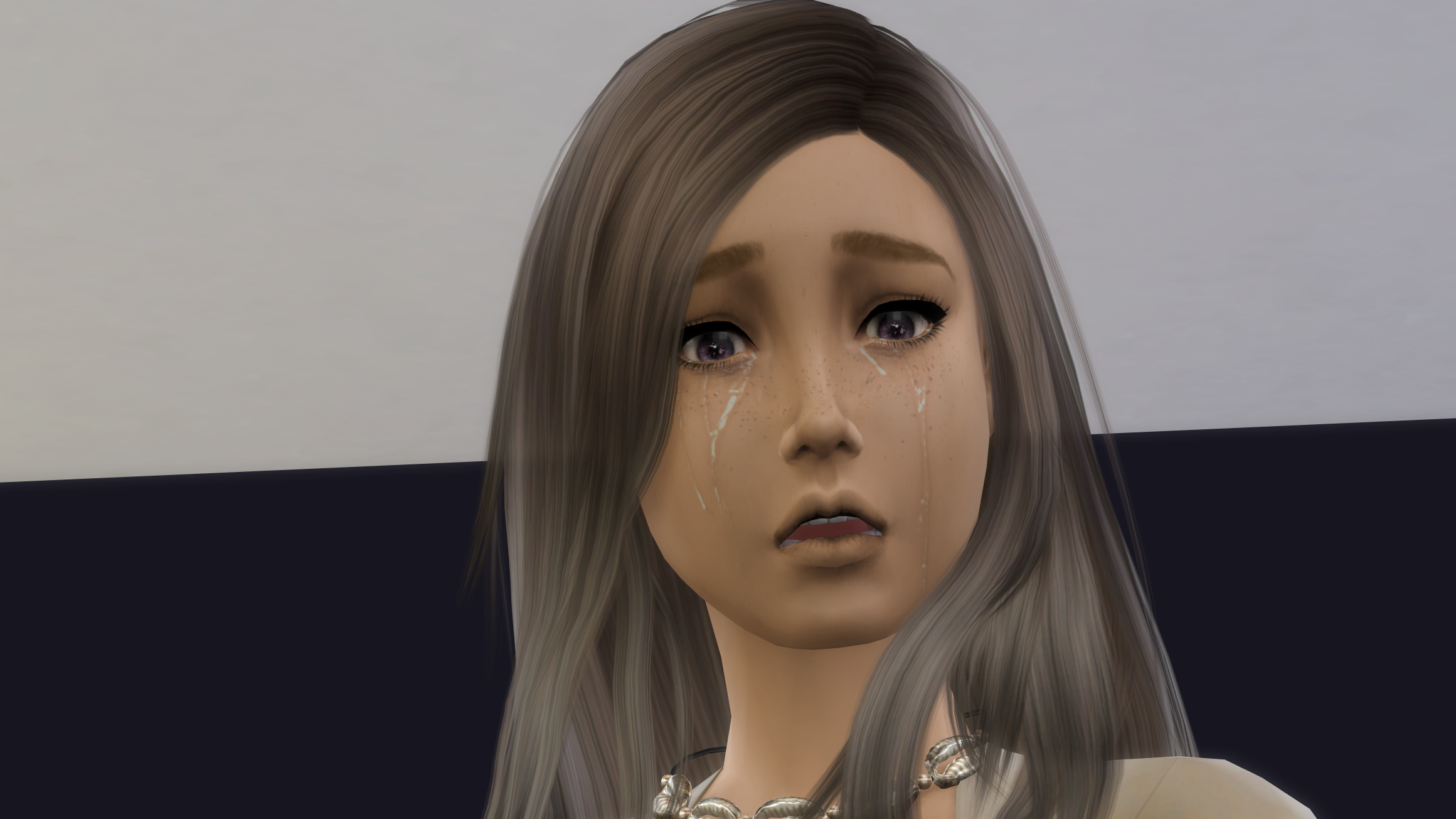 One thought on “Heath’s Story) A Tough Choice”