The most amazing sensation is when someone comes into your life and you expect nothing out of it, then suddenly you realize they’re everything you needed.
~Unknown

On their last day in Sulani, Ethan received the text message that Esmée had given birth to healthy babies, twins, a boy they named Chris and a girl by the name of Chiara. Babies and the mother were doing well. 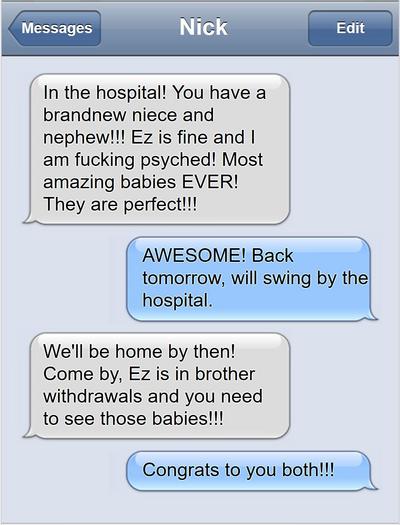 As soon as they were back home, Ethan dropped off Blythe at her home, then went straight to see Ezzy, Nick and their kids.

Standing in the nursery, looking at the two newborns peacefully snoozing in their cribs for a moment Ethan’s eyes glazed over, remembering when Blake was born. One of the happiest days of his life, even though nothing turned out as he had imagined it. 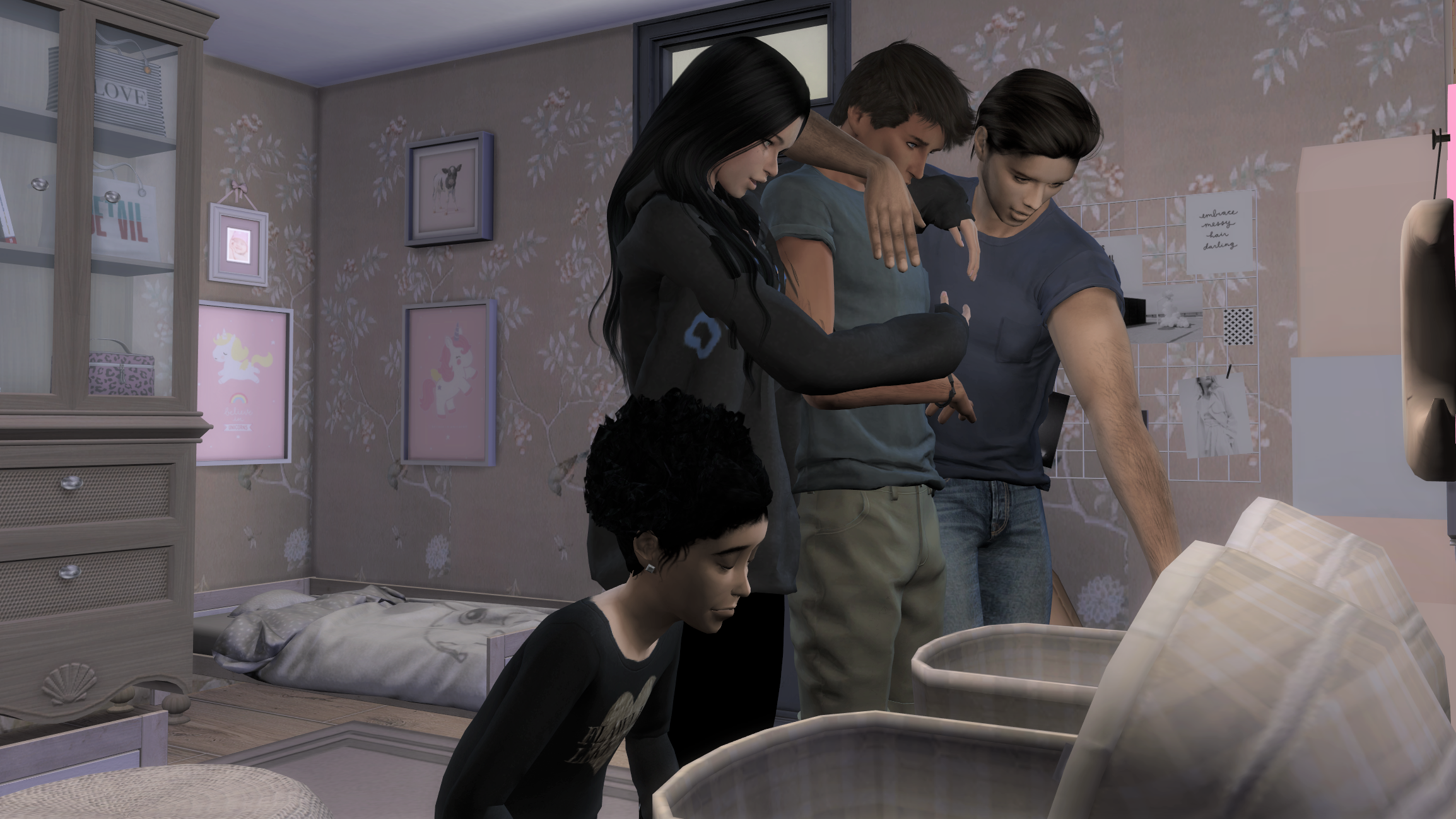 It made him melancholic and even after he was back in his own home, Blake tucked in and Ethan laying in his own bed now, his mind kept going round and round with many different thoughts, including about his future.
Was there one with Blythe?
Was he ready to try to find out?
Was she?
Thinking about it all made him miss her. A week together almost every minute of every day had left him feeling even more lonely than usual now that he was alone again.

He texted Blythe on a whim.
Surprisingly, her reply came nearly instantly. 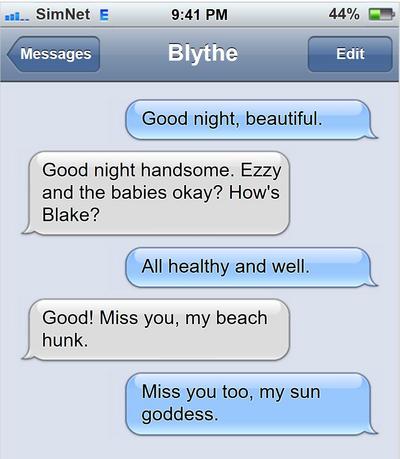 Ethan shook his head about himself as he hit send. He was such a different person with her. As whimsy and crazy as it was, he liked who he was with her around. Her next message popped up, made him smile and reminisce. 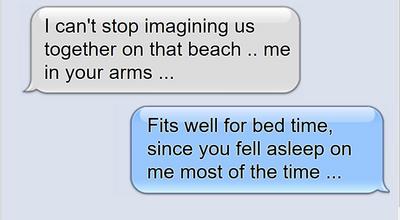 Ethan texted back, grinning. She always managed to do that to him. Make him smile, even when things weren’t great. 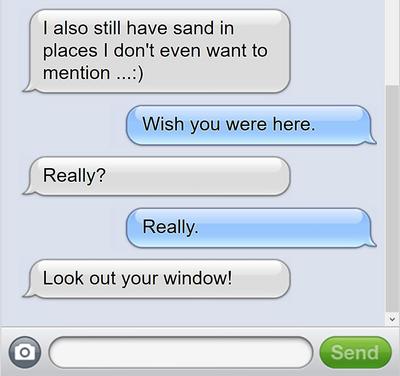 Ethan jumped up, ran to the balcony off his bedroom and looked down, hopeful, and there she was, looking up at him. 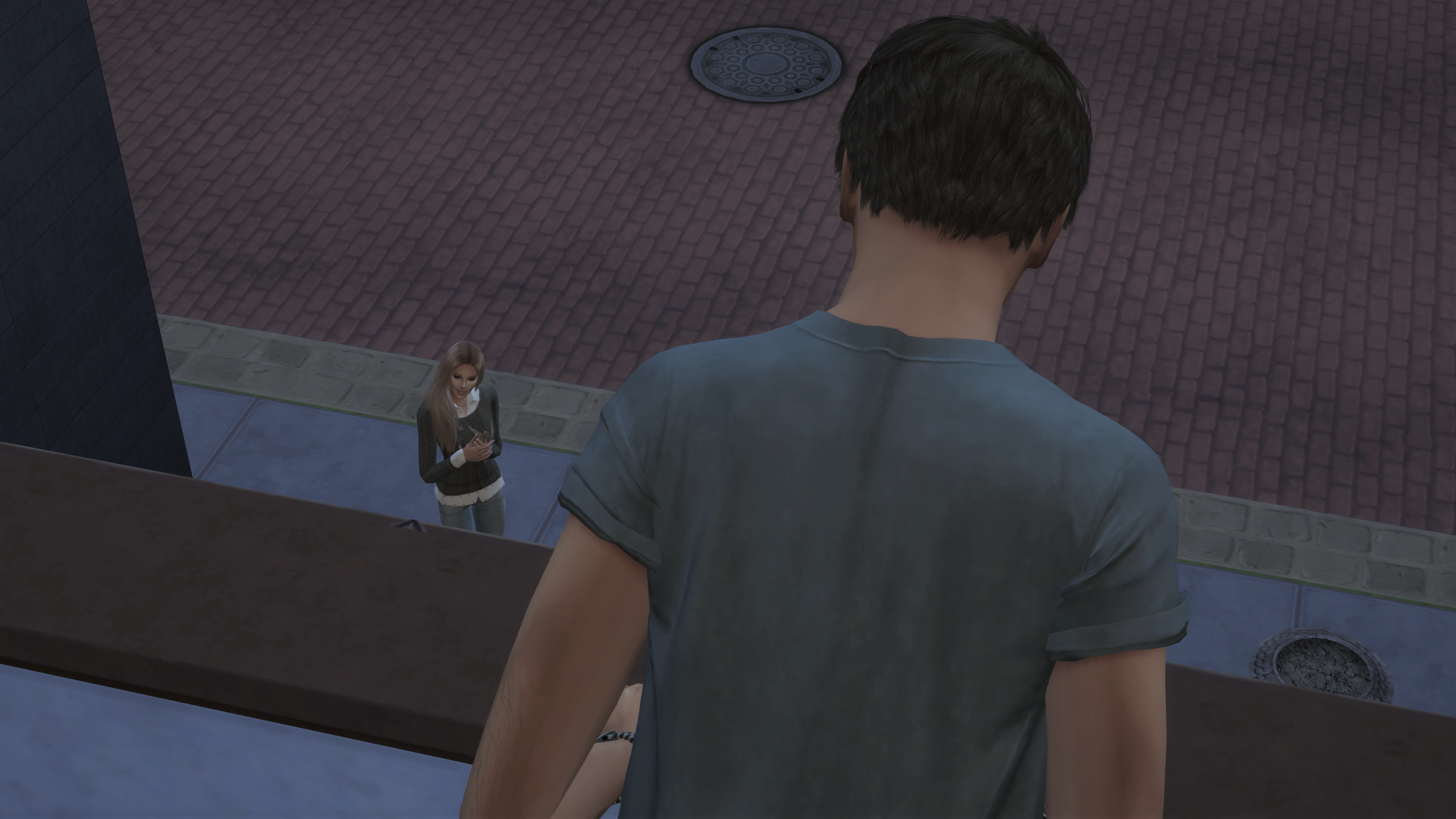 His heart began to race as he hurried downstairs, as quiet as he could muster in his excitement, to let her in and sneak her to his bedroom. 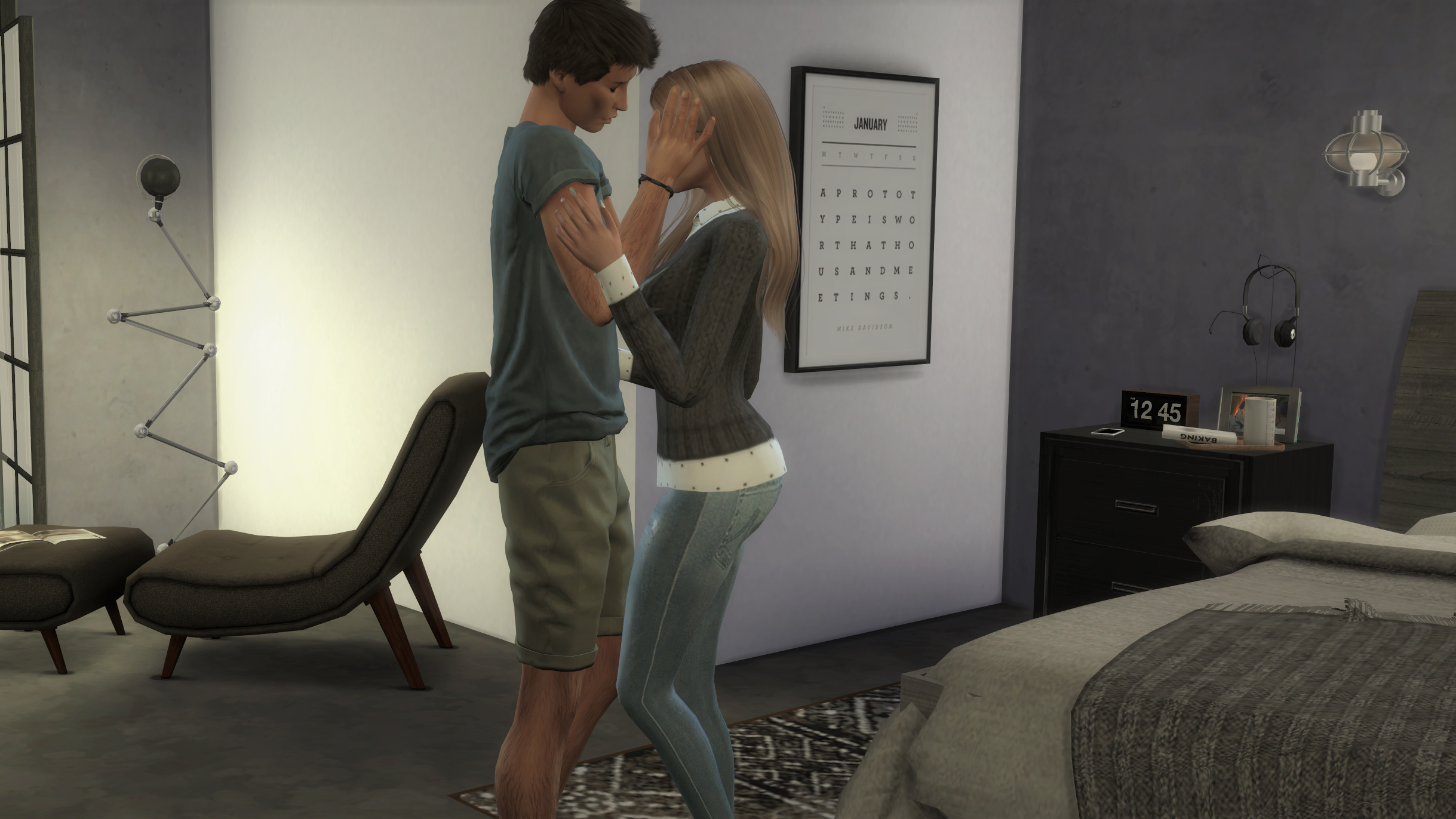 He closed the door and there she was in his bedroom, as if he had willed the memories of her into existence, like a mirage, quietly giggling, and his gloominess just vanished. 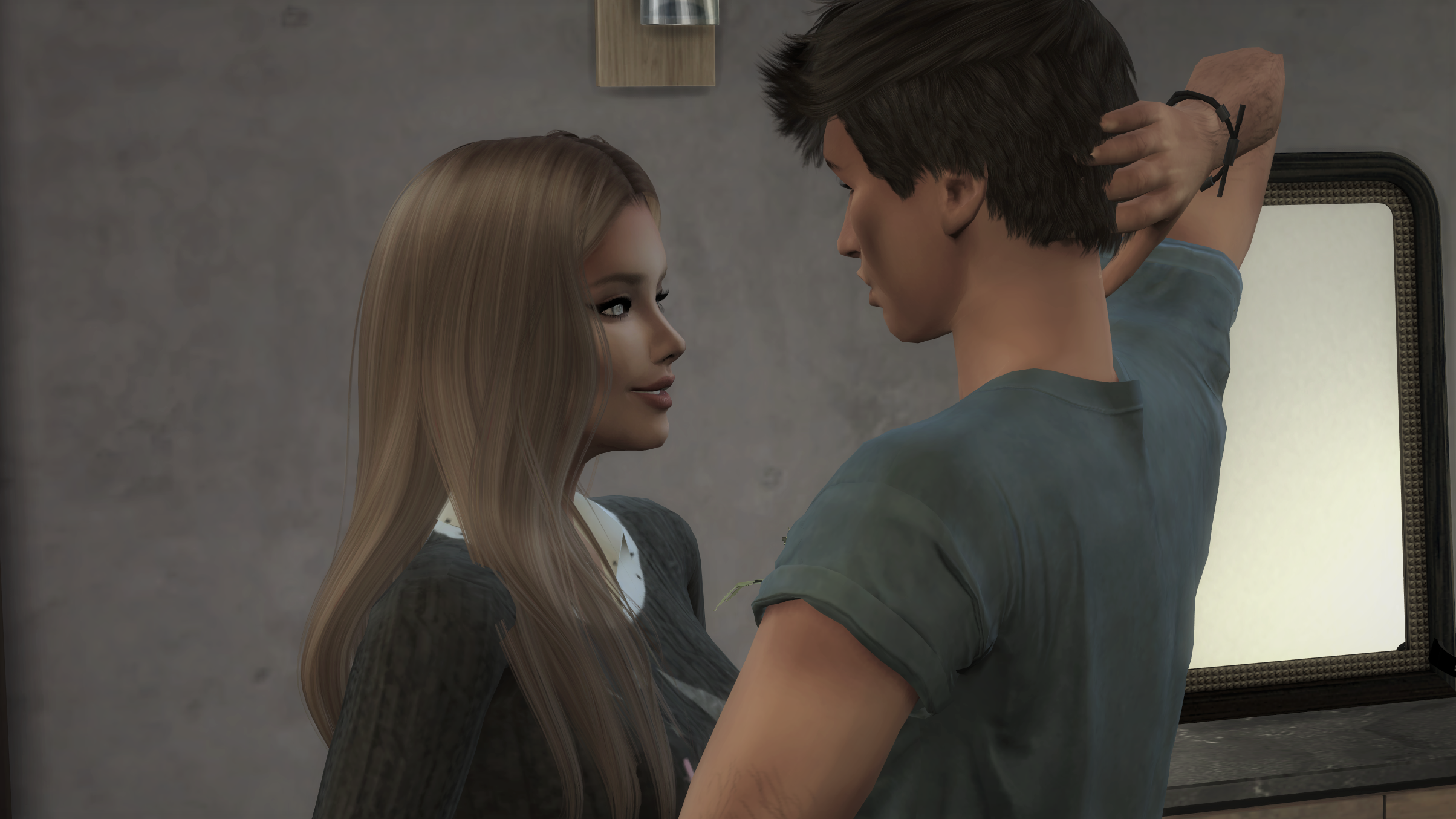 “Couldn’t stand it without me, huh?” he teased.
“What can I say? Looks like you are more addictive than potato chips, Mr. Cameron…”

The next morning, Blythe stayed hidden in Ethan’s bedroom until Blake had left for school. 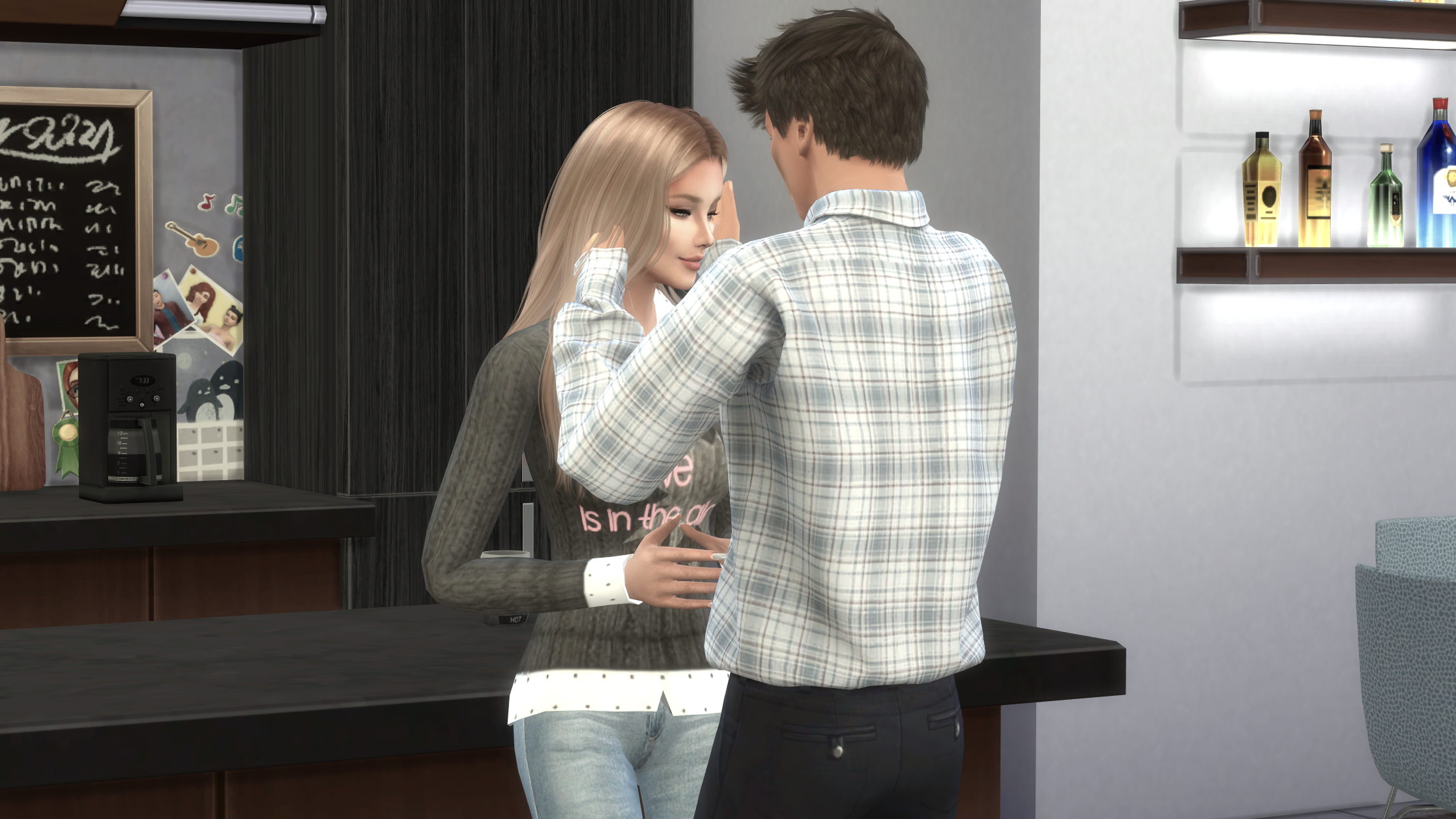 “Never thought I’d be sneaking around with a dad, while hiding from his kid.” she winked, smiling. 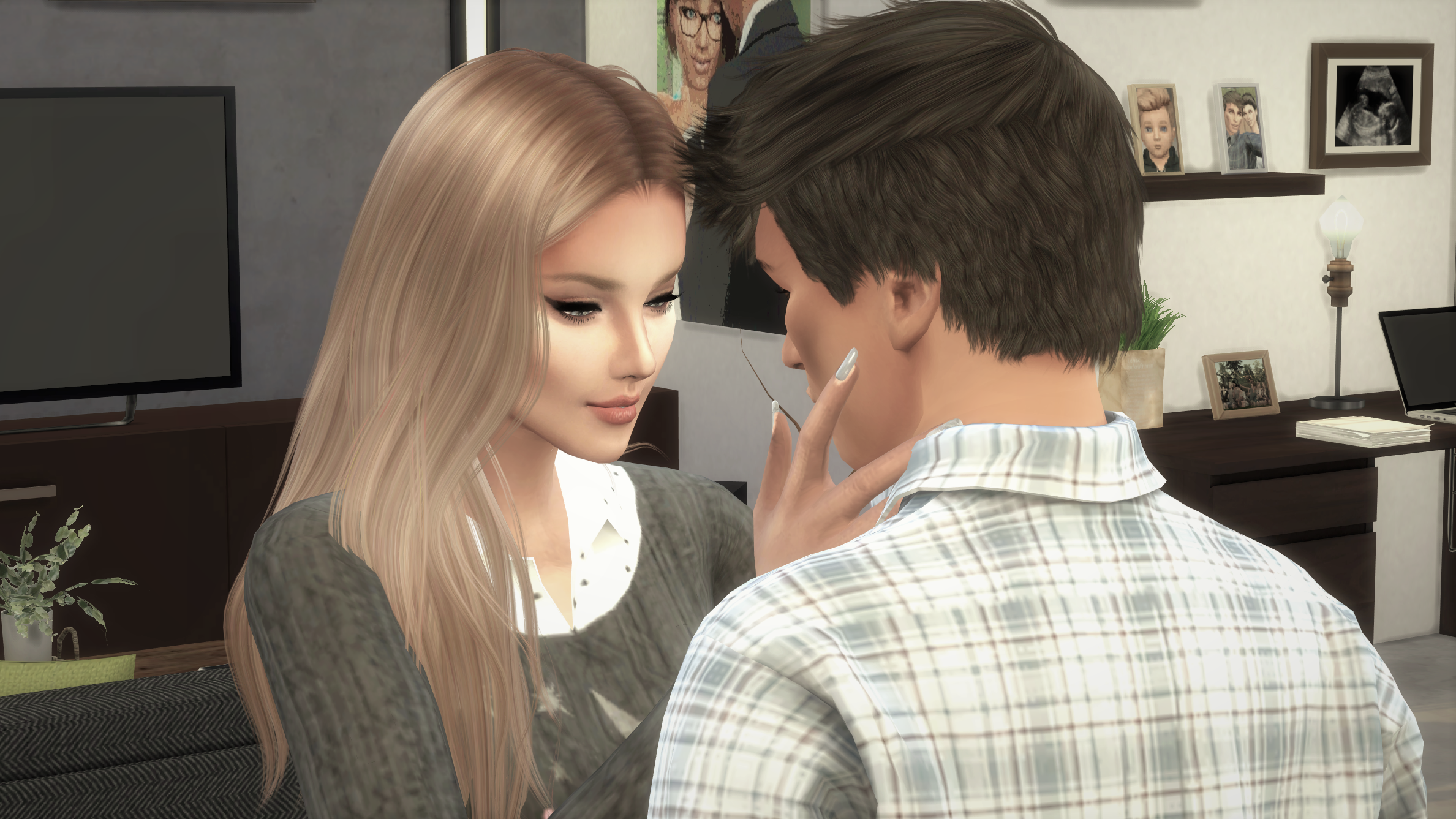 “Well, that’s what you got. Any regrets yet?” Ethan let go of her to get them coffee.
“Nope! Are you nervous?” 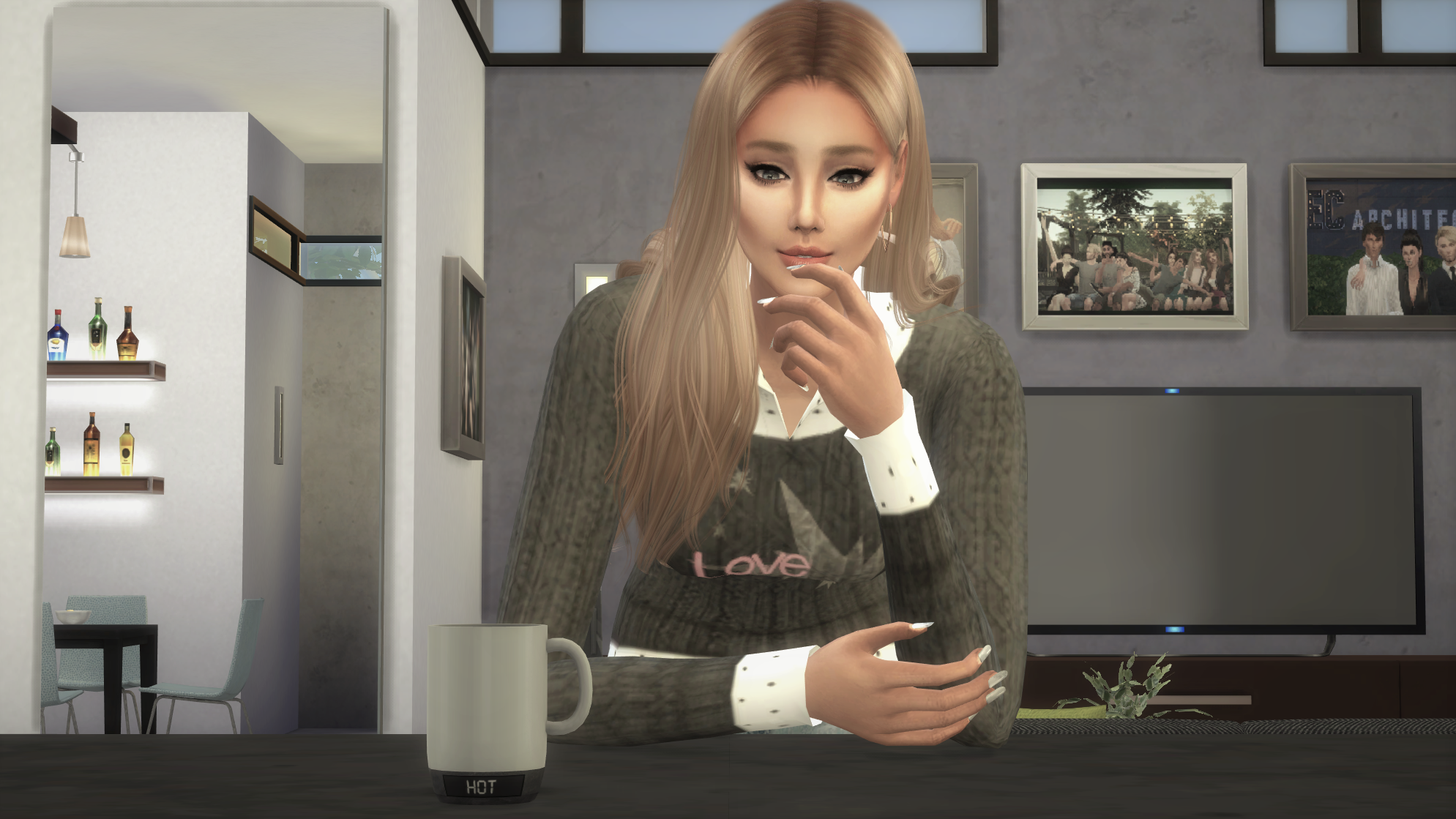 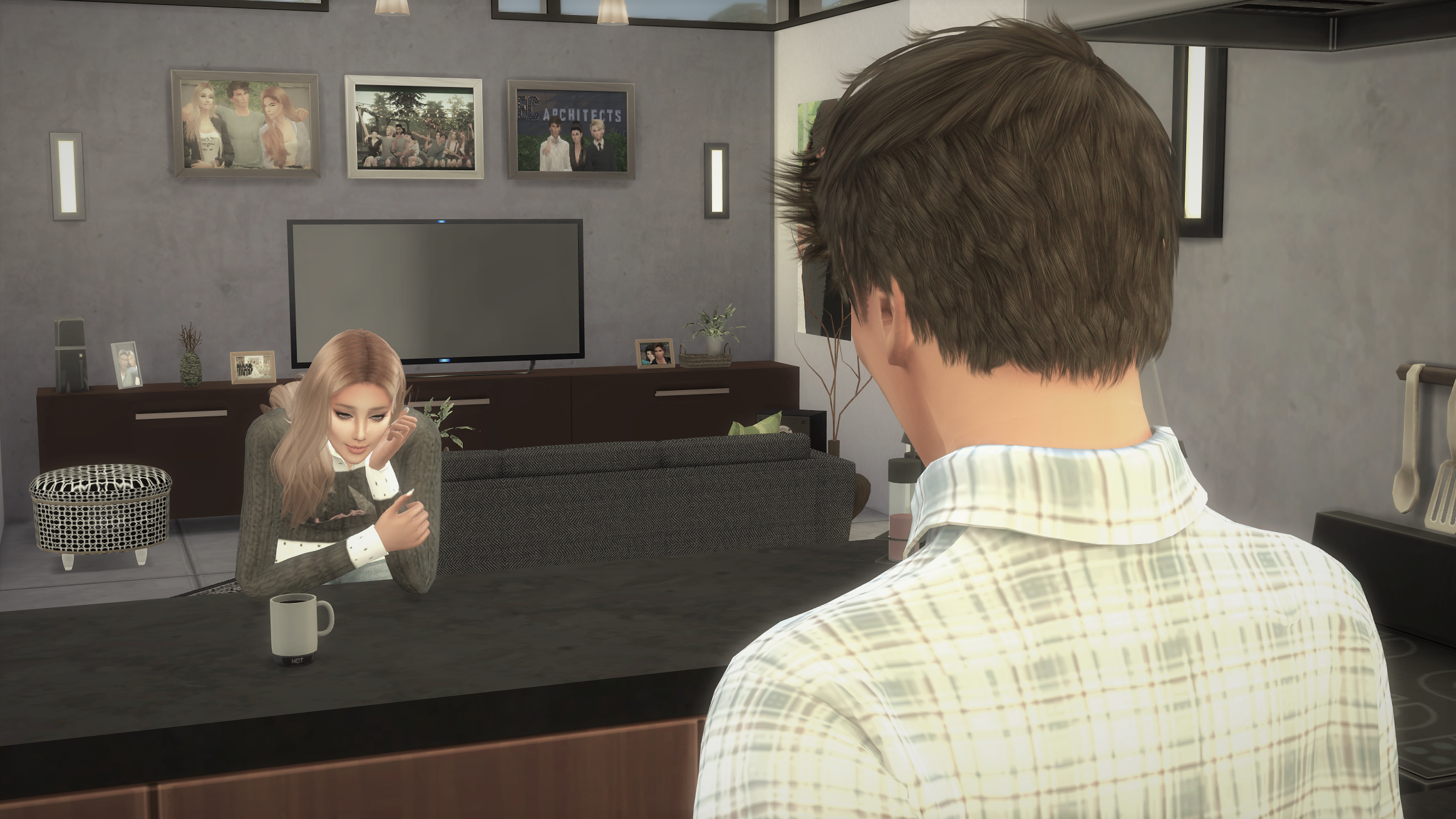 “Coming back to rumors of me rushing off on some last minute vacation with the hot boss? What’s there to be worried about, right?” Blythe giggled. 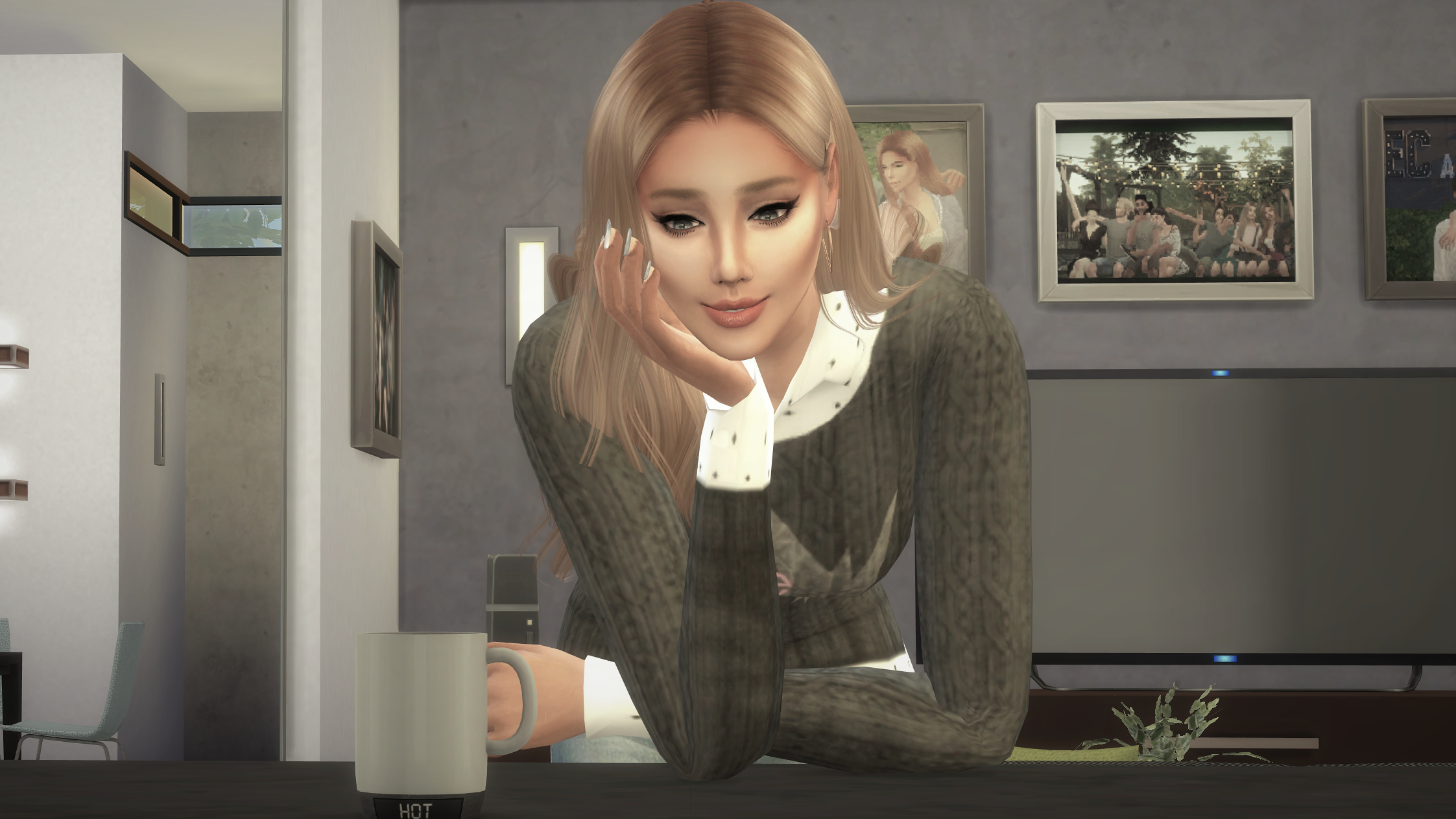 Blythe left a few minutes before Ethan did, to not make it too blatantly obvious. Her car was parked a street over from Ethan’s home.  Ethan was already sick and tired of the secrecy.

When Ethan arrived at work, he was a little surprised to find Grace at her desk, greeting him very business-like and with a smile, just like she used to.

As he walked past her desk, he instantly noticed the picture frame showing her and Alex. 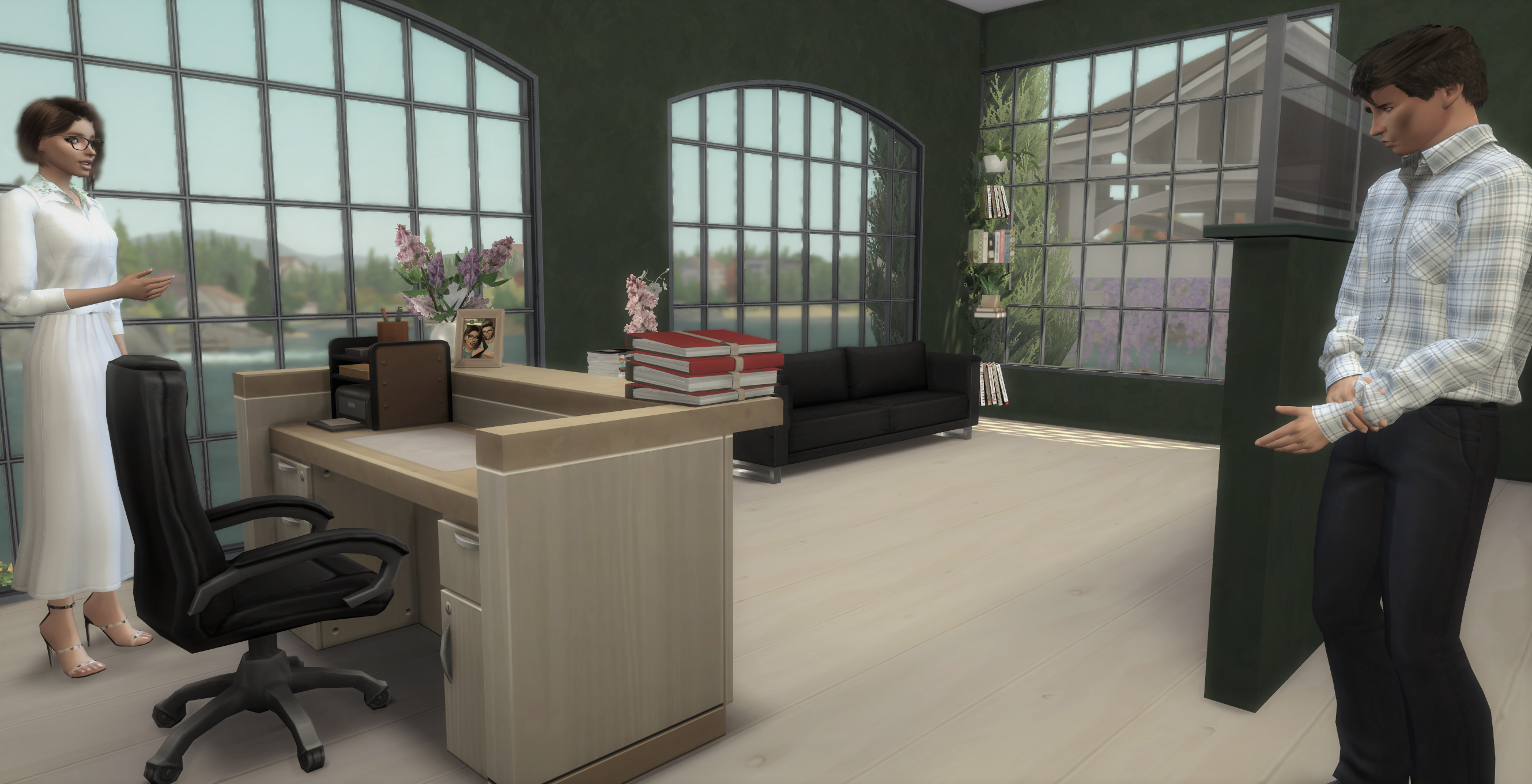 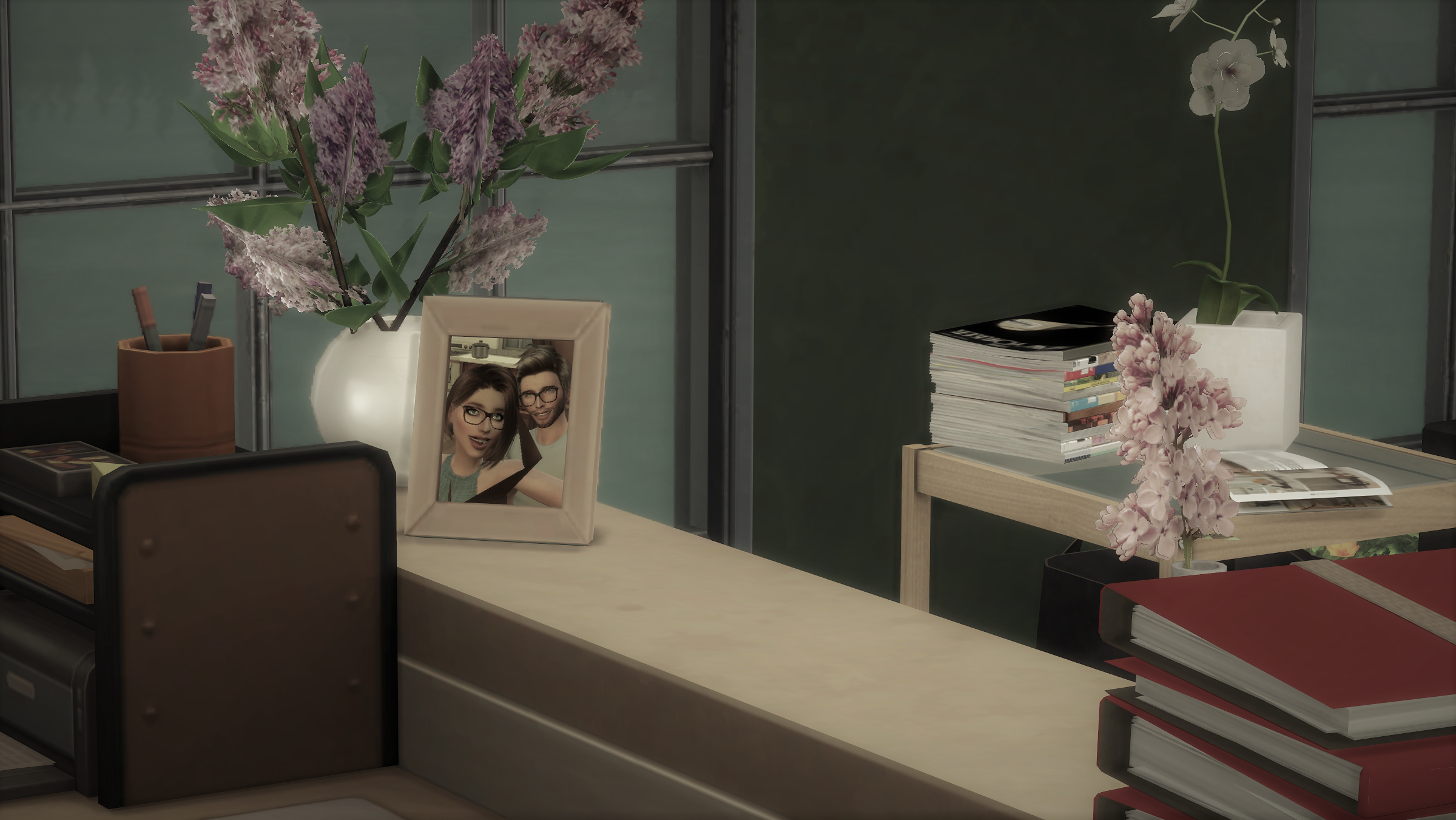 She noticed him looking at the picture, so she followed him into his office.
“Got a minute?” she asked, already closing his office door.
“You know my schedule better than I do.” Ethan knew that whatever she wanted to say, was not going to be fun. Hopefully she wasn’t resigning.
She sat in one of the visitor chairs and Ethan joined her. 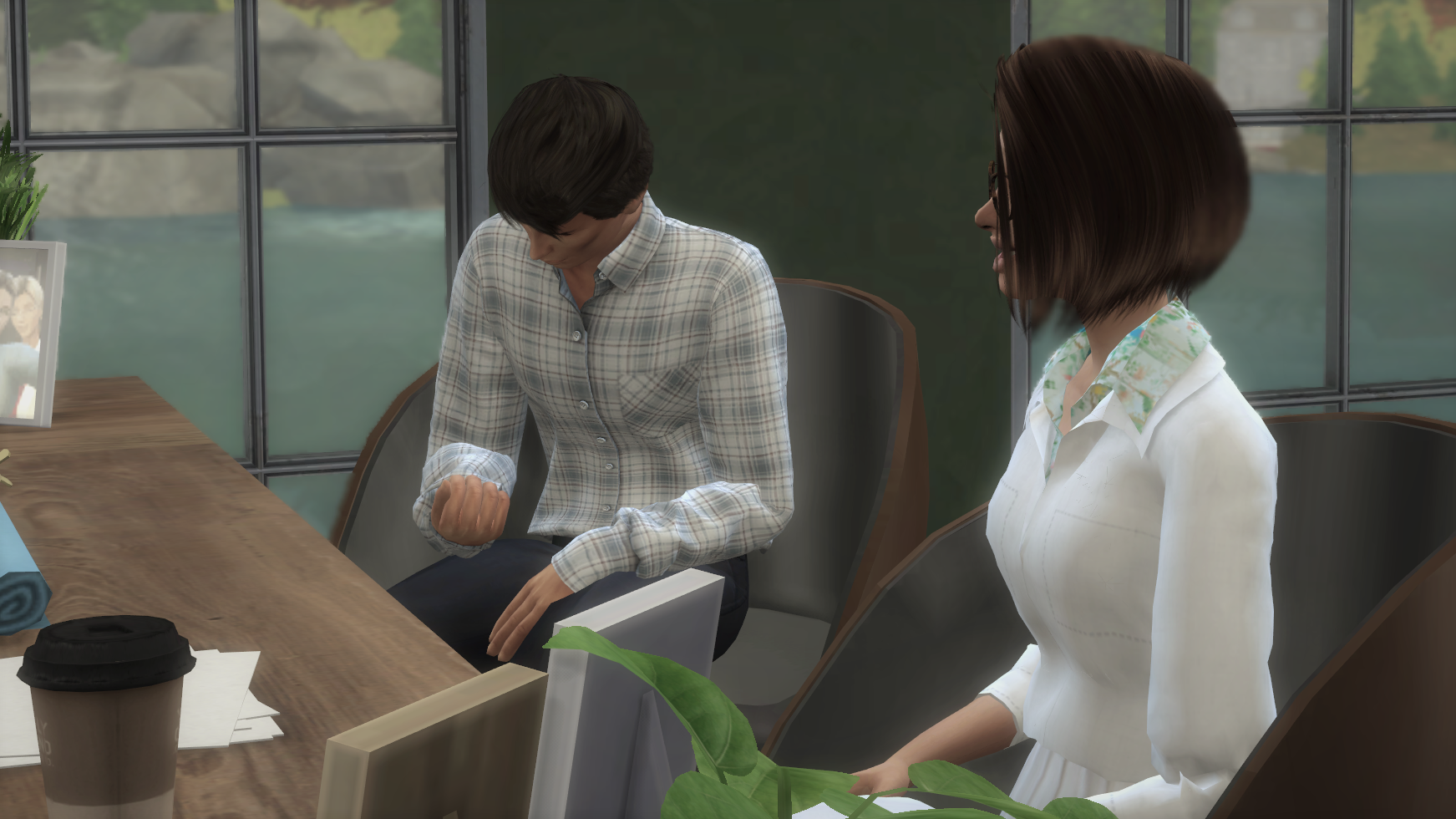 “Right. Look Ethan, while you ran off I had plenty of time to think, about us, about everything. And I realized that I am a hypocrite and I don’t like to be that. What you said when … at your place, it resounded with me. You told me you realized we weren’t meant to be, but that you cherish me as a friend. If that offer still stands, I would very much like to try. I feel the same about you.” 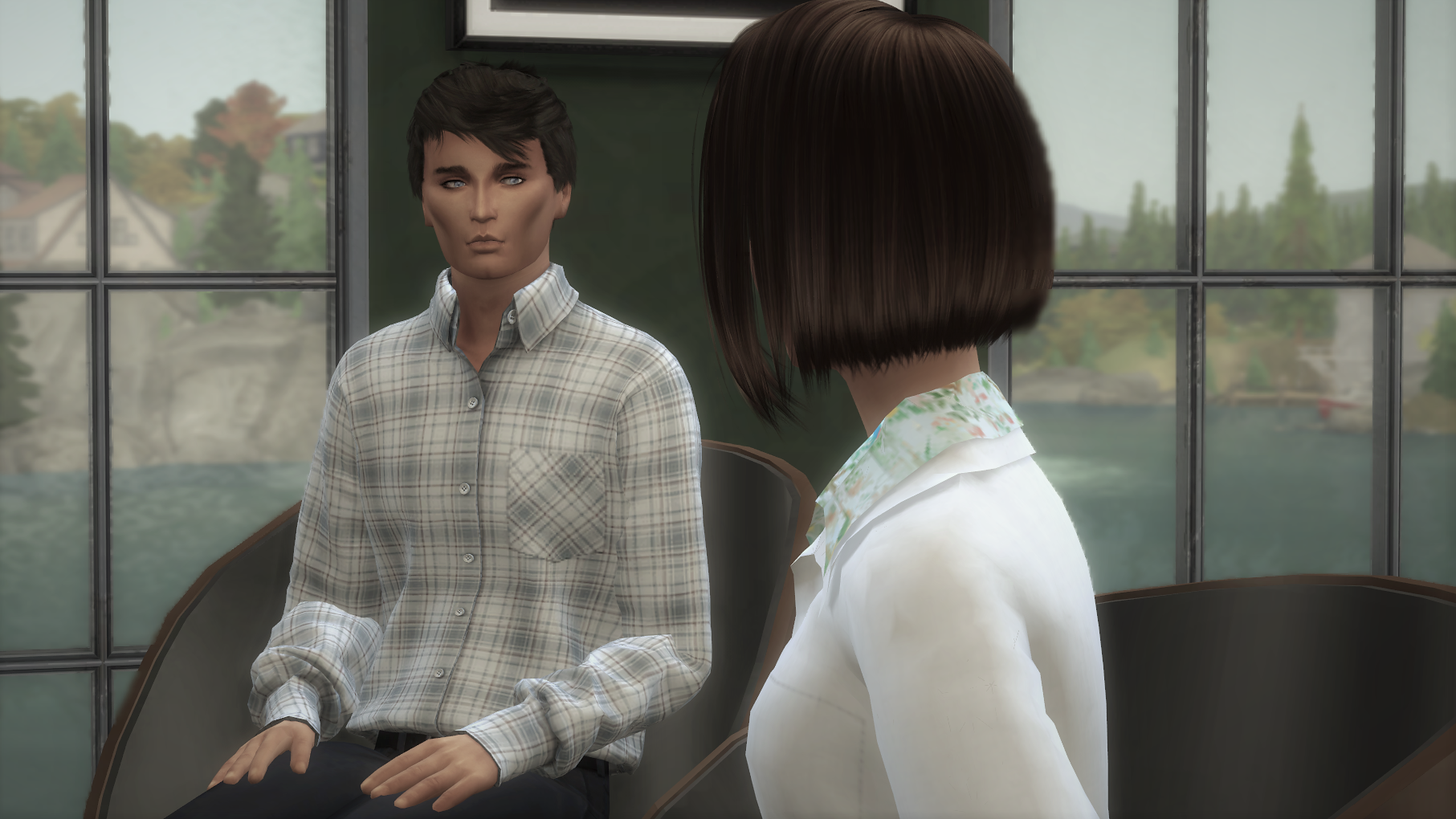 “Okay …”
“Wait, there is more. I don’t know how to say this and I know there is a lot you can throw at me, you’d have every right to. You weren’t the only one who did things they shouldn’t have. I know you already figured out by now that something had not been right between us for a while. Truth is … oh, this is hard … the truth is that I have been seeing Alex again. For a few weeks. I … felt so … indecisive. I didn’t mean for this to happen. You have a good heart, Ethan. I care about you greatly, but we are so very different. Too different. I think we are better off as friends. As a couple, I cannot see how this could ever work long term. You are so … so … outgoing and I am so very … conservative. Maybe because of my upbringing, being raised by someone two generations older …  I hate that I called you all those names when I was guilty of the same thing. Maybe being faced with it made me realize how wrong all of it was. When I told Alex you and I broke up he … he … immediately proposed to me. And I accepted.” 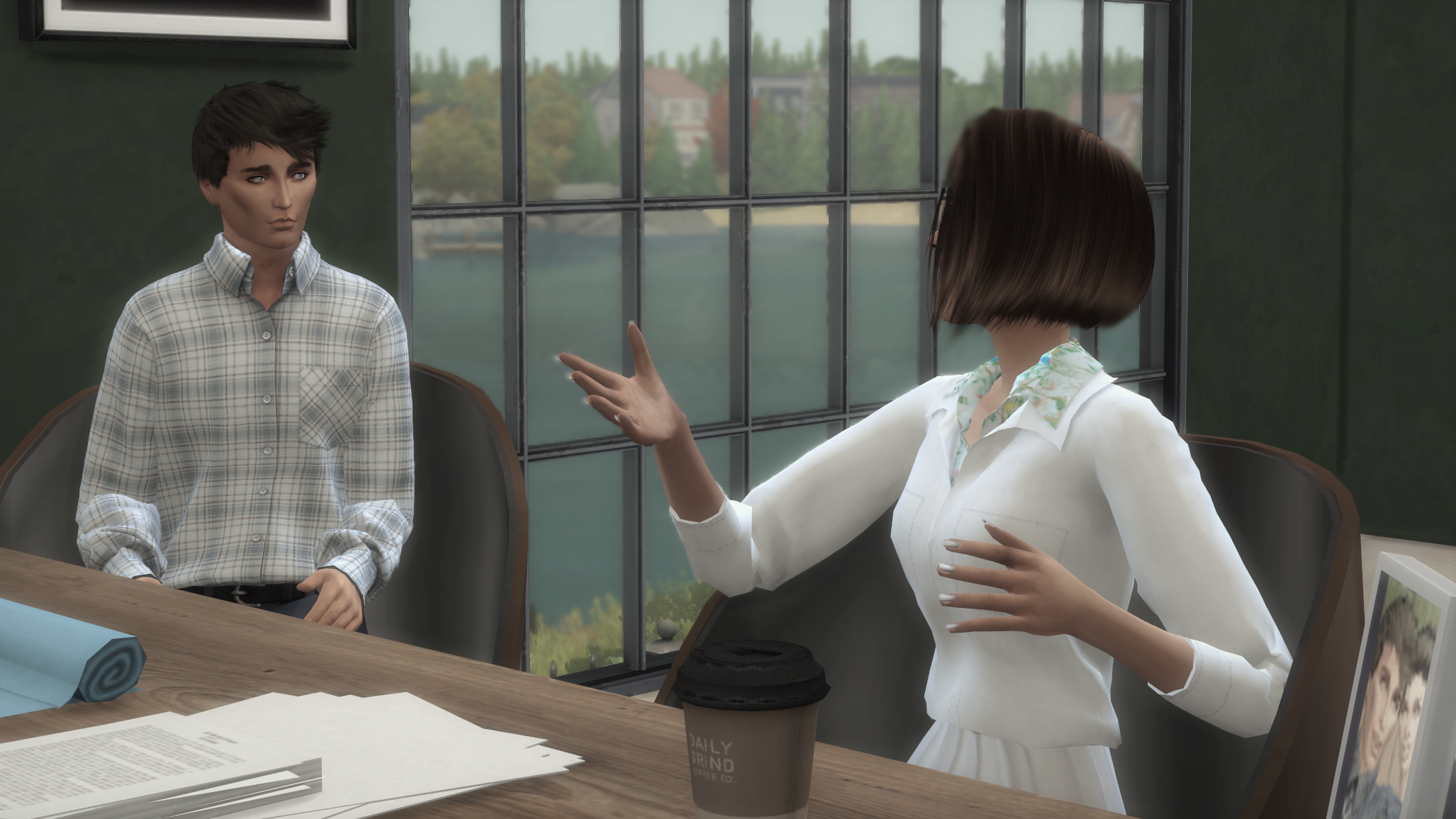 “Wow. Some update, Grace. I don’t even know what to say to all that. Guess I should congratulate you. May I ask when and how you and .. he …”
“Do you really want to know? Does it make a difference?”
“I guess not anymore.” 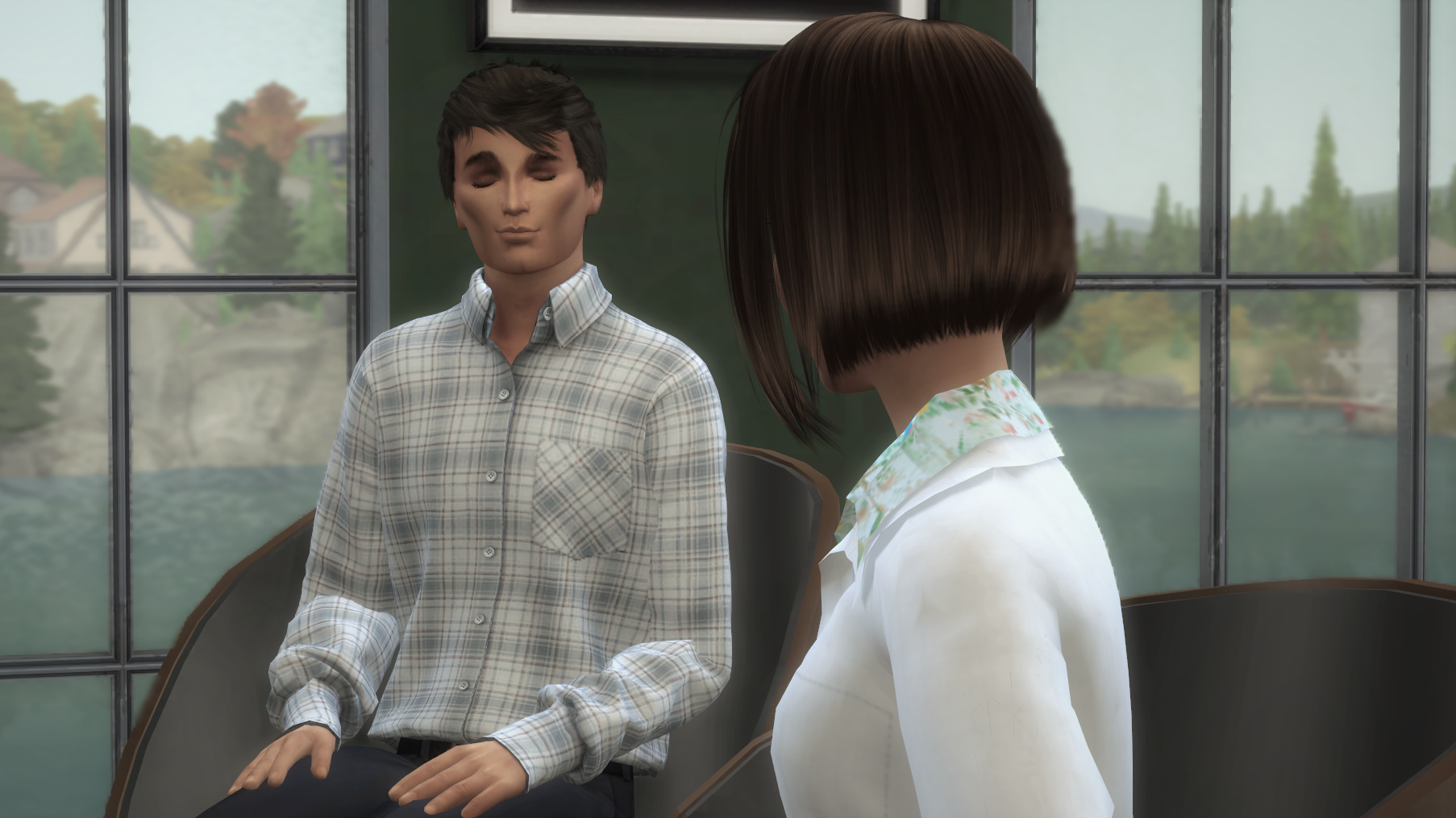 Ethan should be relieved.
Wasn’t that the perfect ending to this mess, with practically everybody riding off into their own sunsets?
Still left a bad aftertaste.
“Do you think we can move past this? Or would it be better if I quit?” she asked quietly. 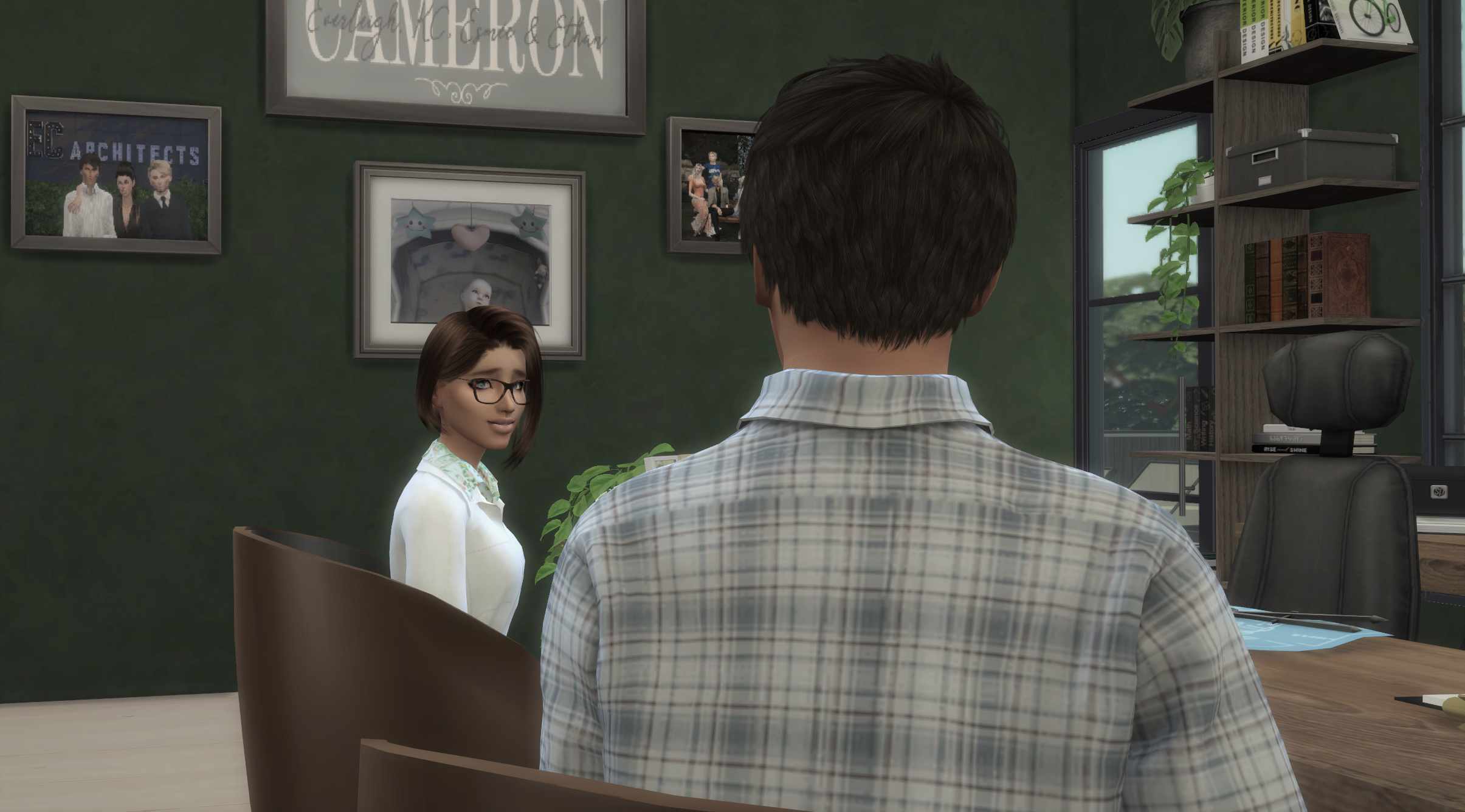 “Don’t quit Grace. Yeah, I think we can make lemonade out of this truckload of lemons. May be awkward for a while, but we are tougher than that.”

The next weeks and months passed shockingly uneventful. No more crazy developments, no drama for anyone, and even more shockingly, Ethan’s relationship with Blythe flourished without incidents.

Over at her place one evening he was bothered by the fact that he still knew little about her again, so he just went for it.

“Blythe, how do you feel about having kids?”
“Oh my gawd, are you pregnant, Ethan? I thought I noticed a little softness around the middle there …”
“Very funny. Are you going to answer?” 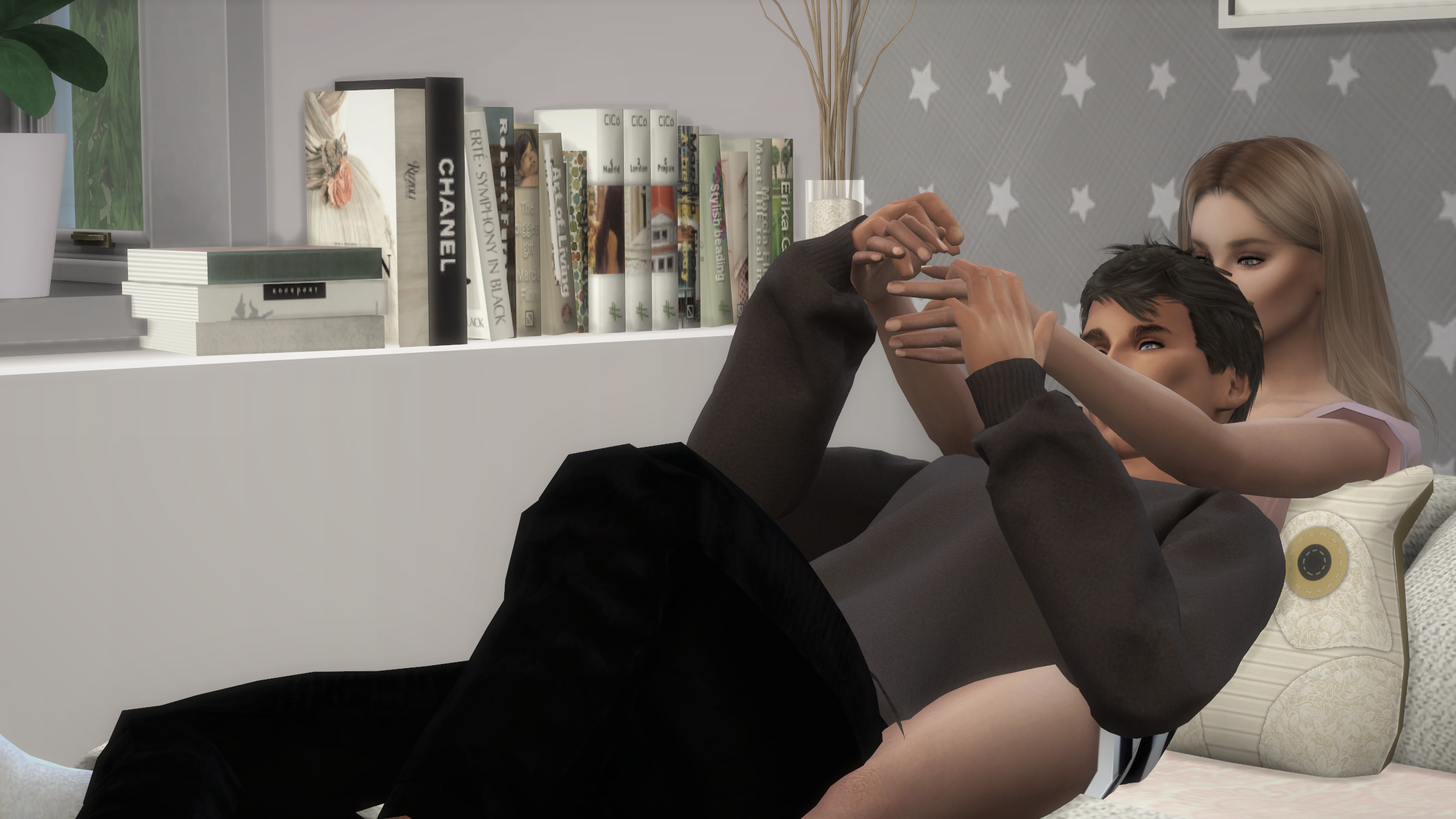 “Before I would ever even entertain that possibility I would want a steady relationship and one last name for the family first. Does that answer your question sufficiently?”
“So you would want to get married?”
“What kind of question is that? How unromantic. But yes, if there were to be a child, I would want everything to have gone the traditional route. Dating, engagement, wedding, honeymoon, then a child. Preferably none of it rushed, but rather consciously planned and each stage enjoyed to the fullest before moving on to the next.”
“I need to know how much of this you can see happening with me. How much you can handle. How serious you are. You know a relationship with a single dad can be complicated … and it would already mess up one of your ‘stages’ in a way since I come with child already.” 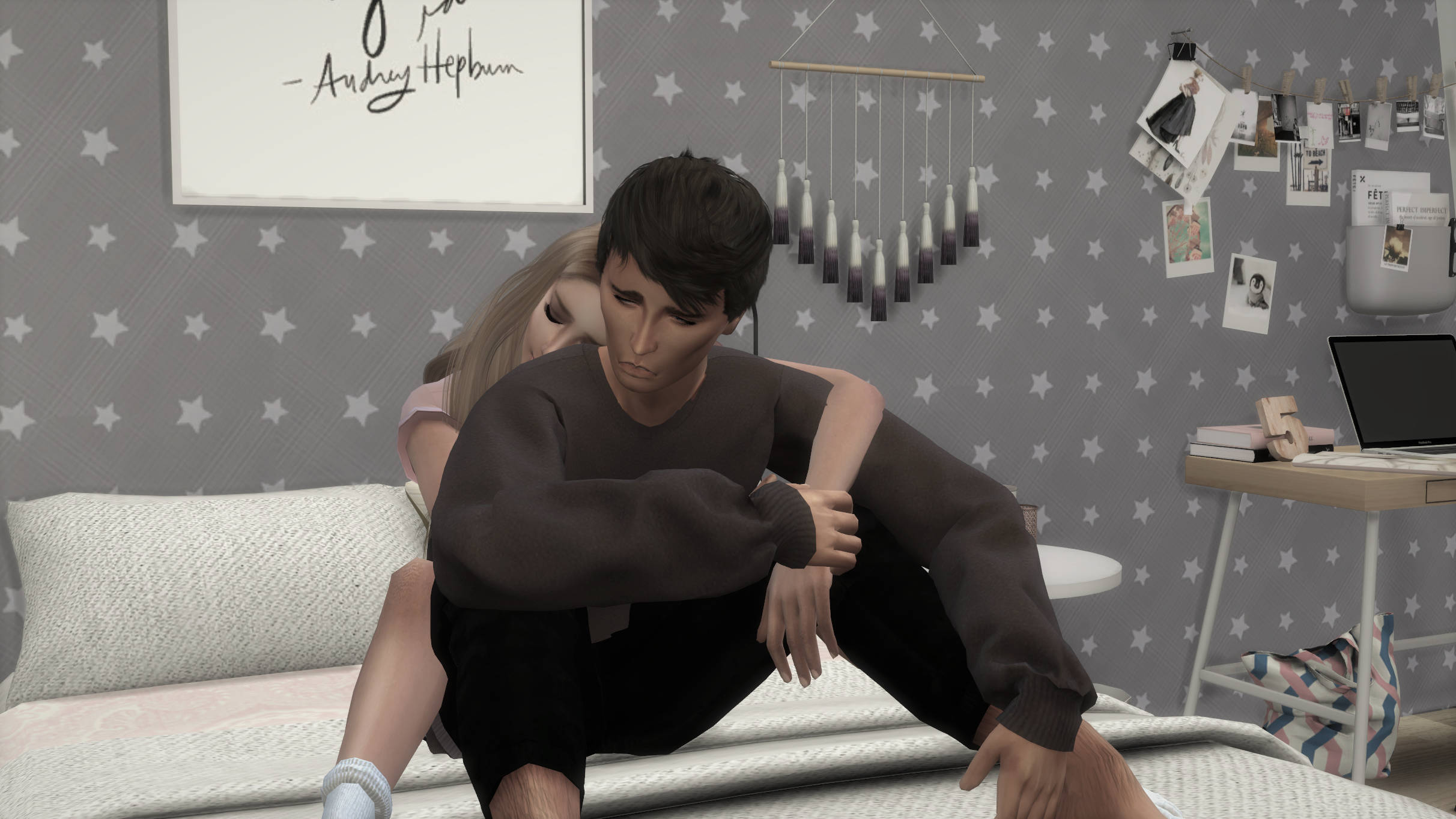 “Ethan, that is not what I meant. You had Blake ever since I have known you. Yeah, I am aware that would be different. You worry too much Ethan. If I didn’t see a future for us, I would never have bothered with you. I should be asking you all those questions. All those girls you have been with …”
“But at least I am an open book. How many men have there been, Blythe…?”
“Eeks. That question now? Isn’t that the one no man really wants the answer to?”
“Yeah … I kinda do though.” 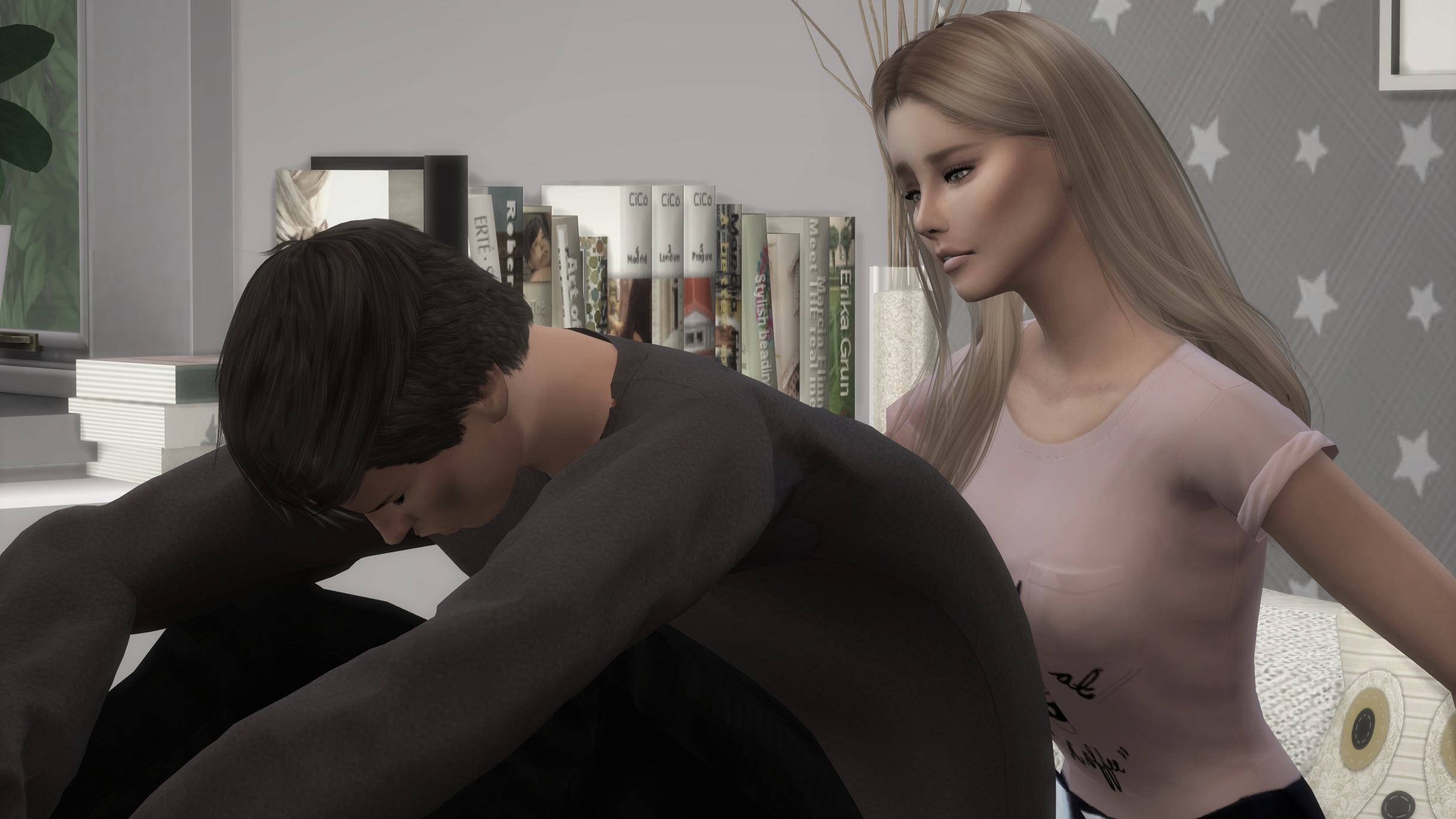 “Okay. Are we counting Rafael? Wasn’t consensual but it was what it was …”
“NO! Not him!”
“Okay, then two, counting you.”
“WHAT?! How am I to believe that?! That just cannot be right.”
“I don’t care if you believe it or not. You asked, I answered.”
“How can that be? You are gorgeous!”
“And that means I need to put out by the dozens?” she crawled off the bed to sit, he joined her.
“No … but .. you like to party .. and you like … intimacy. At least now you seem to again.” 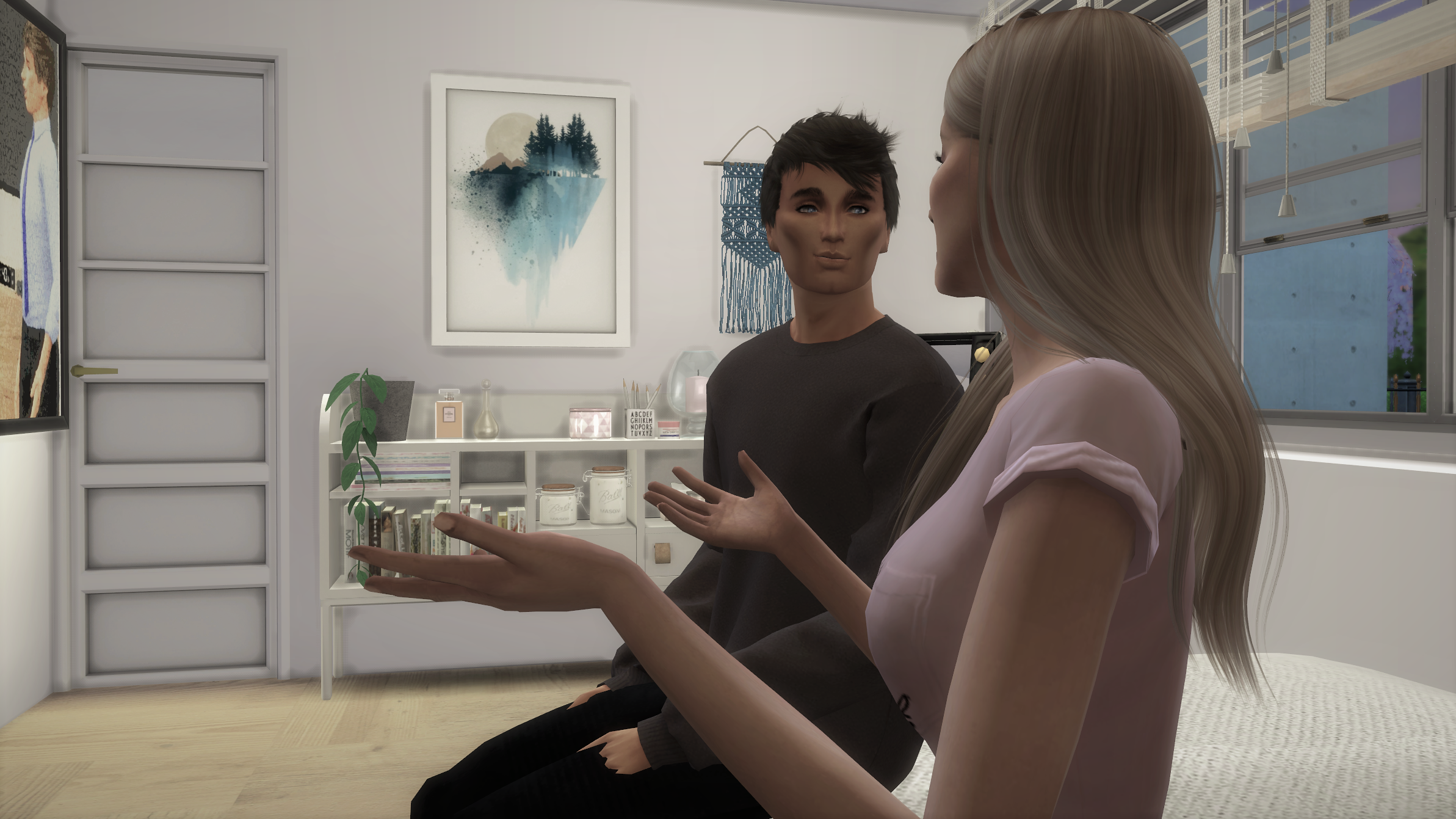 “I enjoy it with you. And yes, I like enjoying living my best life and my freedom. I didn’t always have all that freedom to do what I want, go where I want … long story. I also didn’t have the freedom to choose whom I want to be with. The very first boy I fell in love with, I was 15 and he wasn’t someone my parents approved of. But I went for him anyway. They found out and this entire mess started, which eventually landed me here. Not complaining but my road was long, rocky and not lined with roses, so much is certain. I always knew that dating wouldn’t be so easy for me or Blair, especially not if it were to lead any further. You know, engagement, marriage and such. All that is going to be a lot more complicated if you and I ever wanted to go there. Same goes for Blair.”

“I don’t understand. Are you already married? Did you get in trouble with the law? Or what does that mean?” 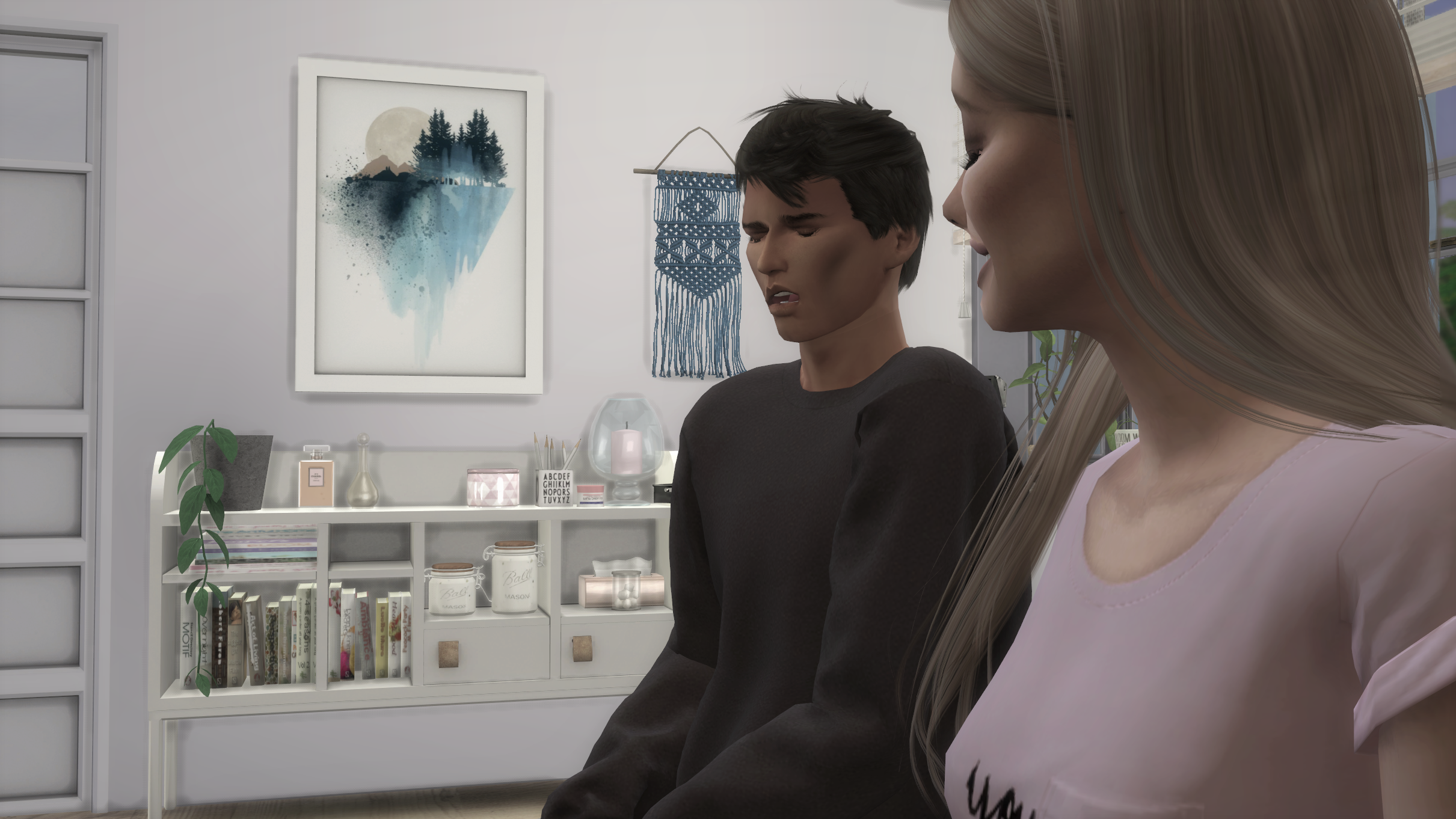 “Oh no, I almost wished that was it. I’ll show you something. I think you are ready to see it. But I need you to promise me to not tell anyone about this. Not a soul, not your family, not Nick, nobody. Can you promise me that? Swear it and mean it? It’s really important that you do. At least for now.” 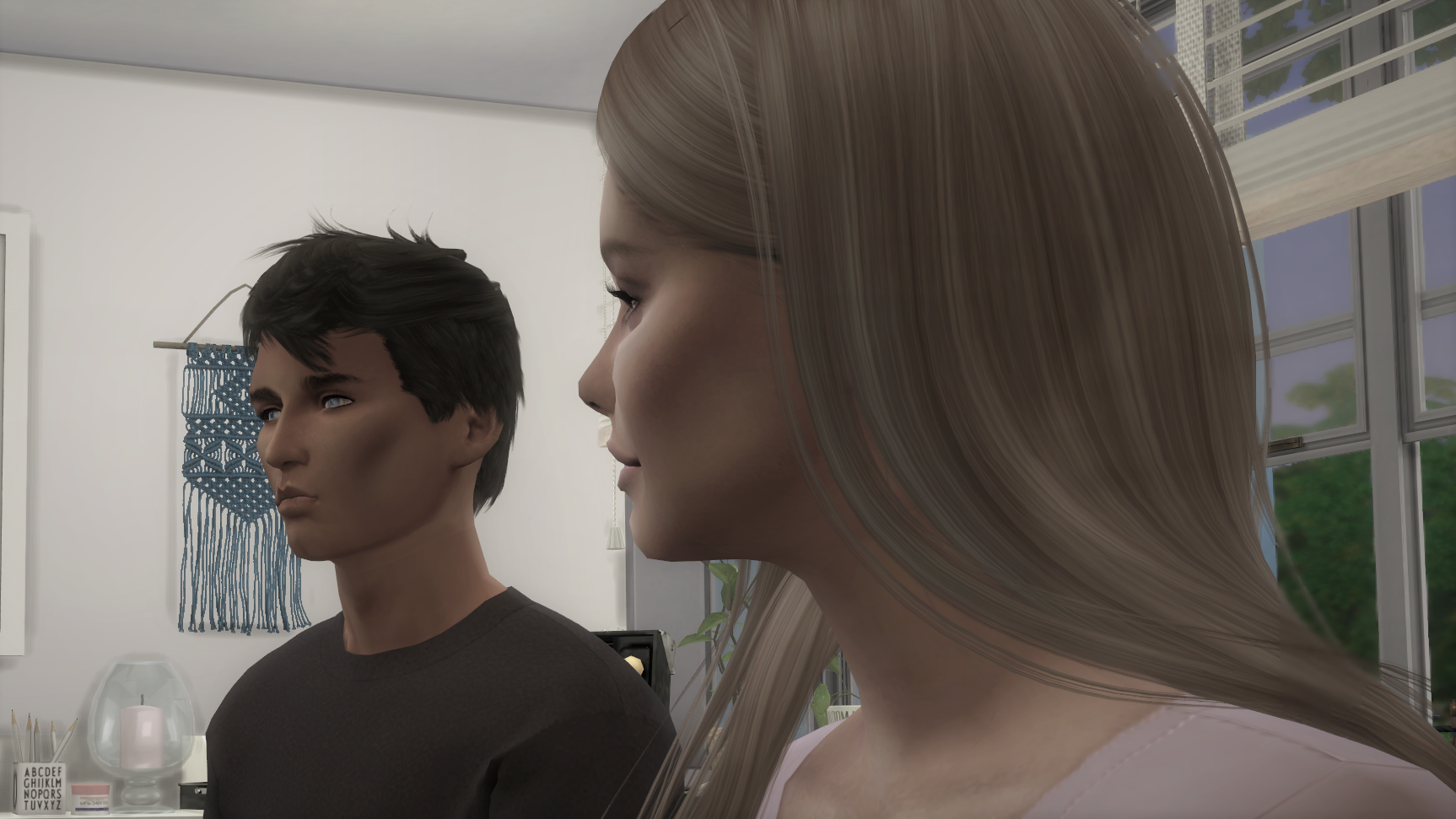 She got up and walked over to her dresser.
Ethan’s curiosity spiked. He would have agreed to just about anything now, just to see what was she was so secretive about.

She dug in a drawer, then pulled out a magazine which she handed to him 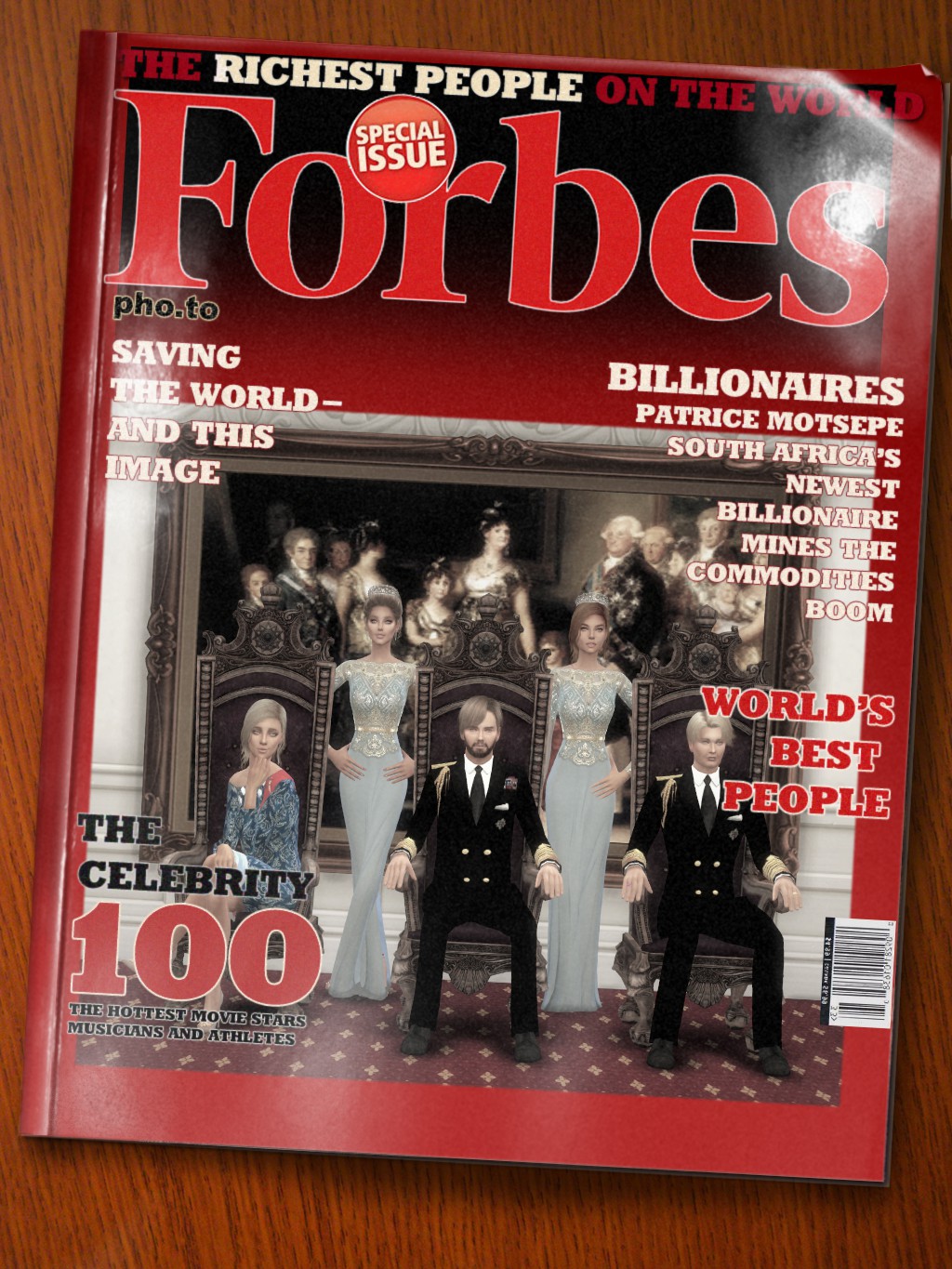 Ethan stared at it for a moment, not comprehending why she showed him an old copy of some business magazine, when he looked closer his eyes grew wide
“Is this real?”
“Yes.”
“Does this mean .. that … are you … ummm… wait, what?!”