Various voices, talking, laughing, the stench of fresh paint and cleaning supplies in the air. 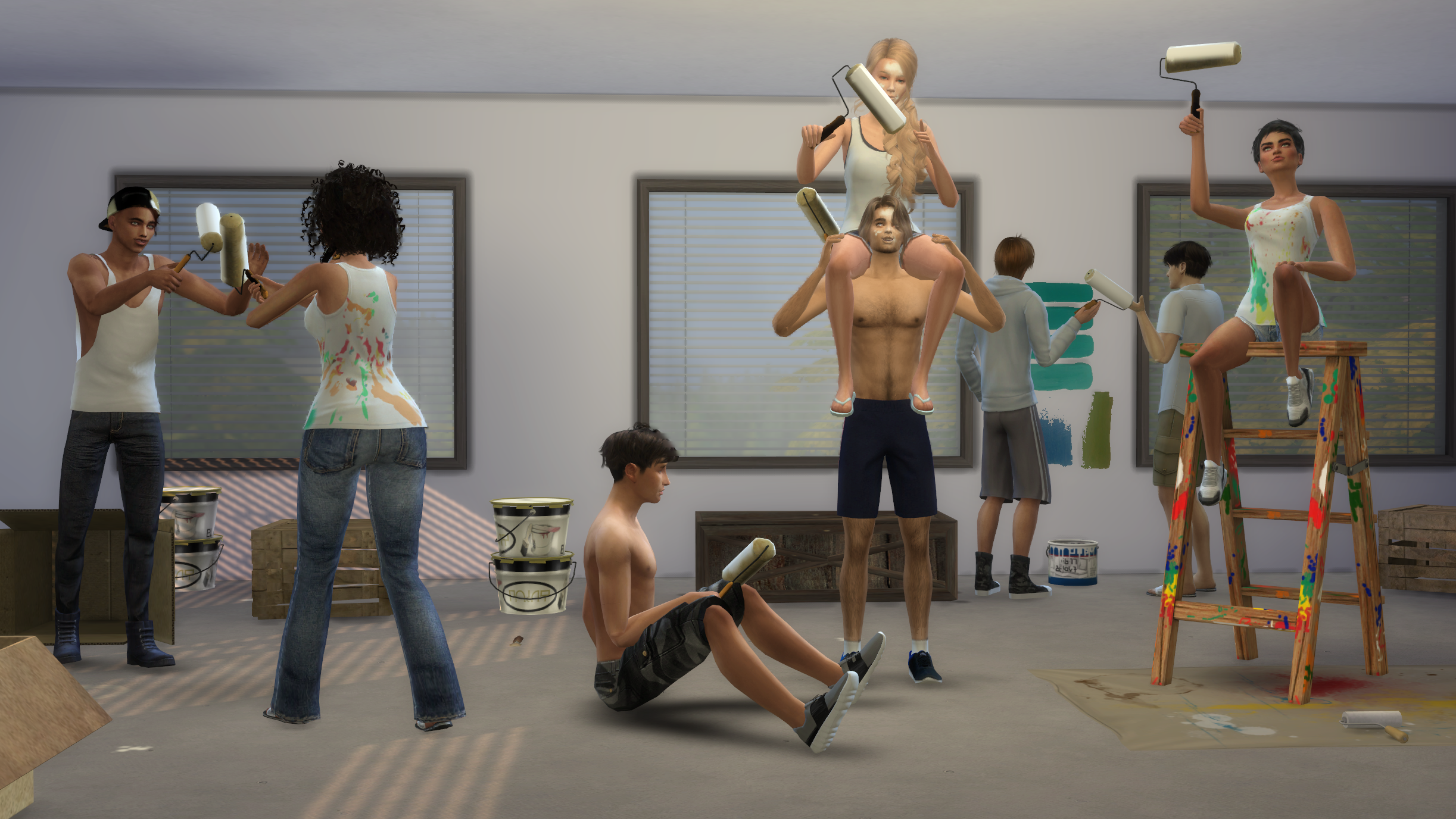 A crowd of young people were busy cleaning and painting a small, simple apartment.
Blake’s new home.
Humble, but his.

The volunteer turn out had been surprisingly great.
Aside from him there was Hailey, both his half-brothers Parker and Eli as well as his cousins Ally and twins Chris and Chiara.
Even Lyle, Hailey’s brother, had managed to get away from the farm work for this. 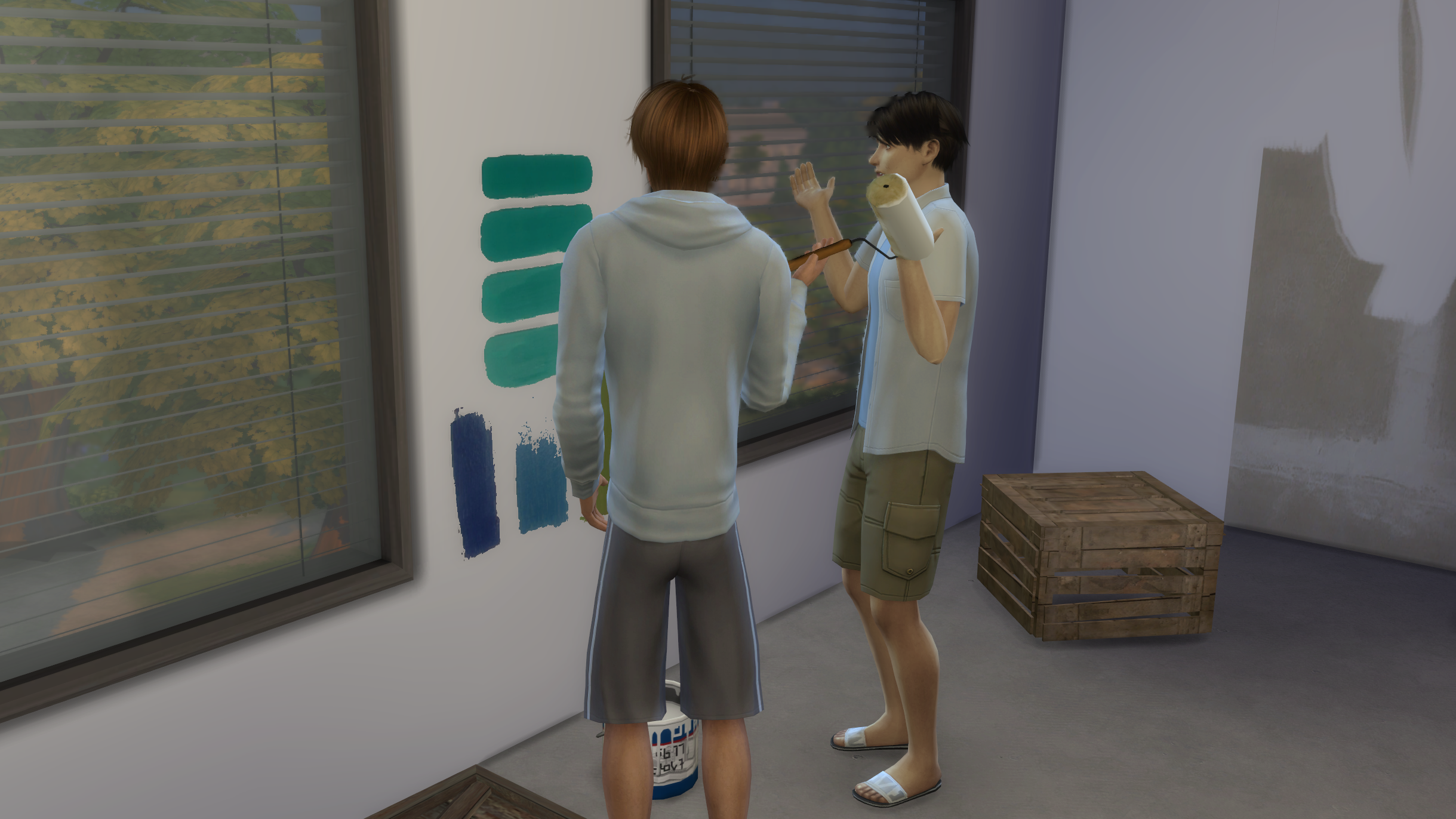 Despite the manual labor everybody had great fun, which Blake only registered in the background at the moment, as he was balancing Hailey on his shoulders, who was trying to stop laughing long enough to commandeer the paint roller she was holding across the ceiling.

“Man Hailey, you are supposed to paint the ceiling, not my brother!” Eli laughed.

“If he’d be able to hold me steady in one place long enough, I would!” she laughed heartily. 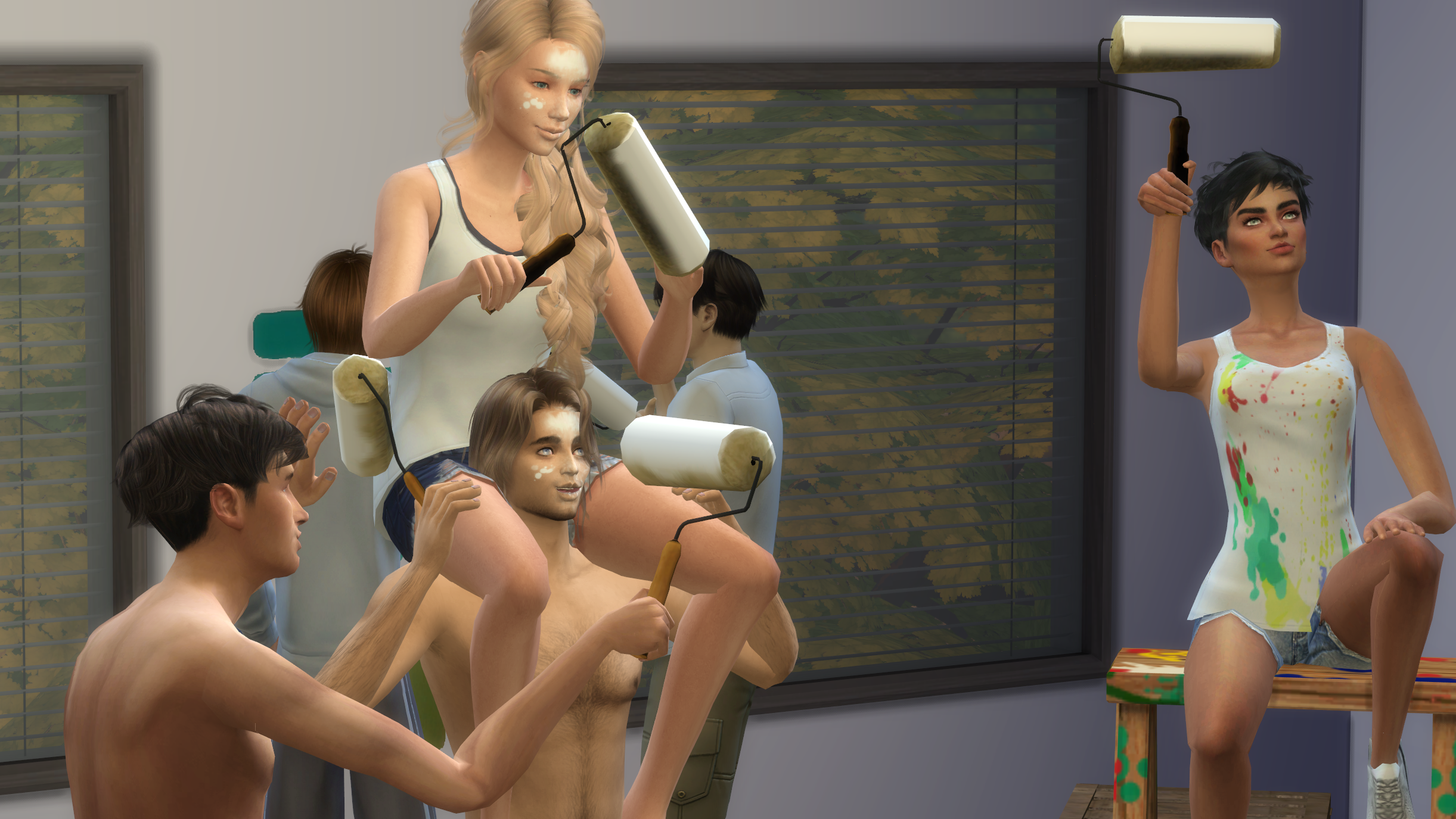 Due t o the small size of the place the task didn’t take the 8 people long, but all were famished from all the manual labor and attacked the spaghetti and meatballs Hailey had prepared. 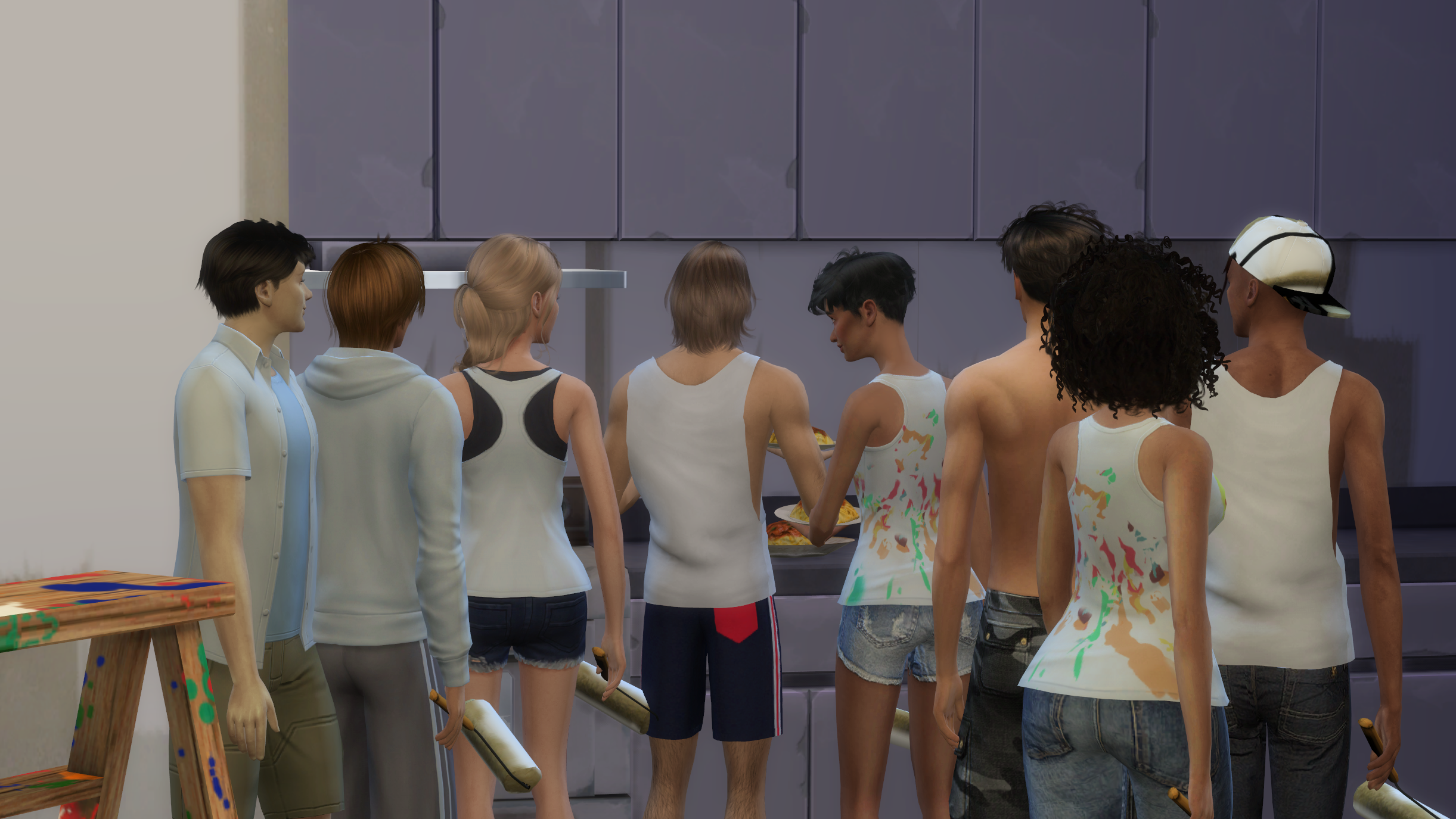 Blake felt an inner ease he couldn’t recall ever feeling before.

The feeling of belonging, of not being alone, a feeling of family, friends, unity.
Smiling, he watched everybody interacting, laughing, being silly with each other, whether or not they were related or even knew each other well when they got here. 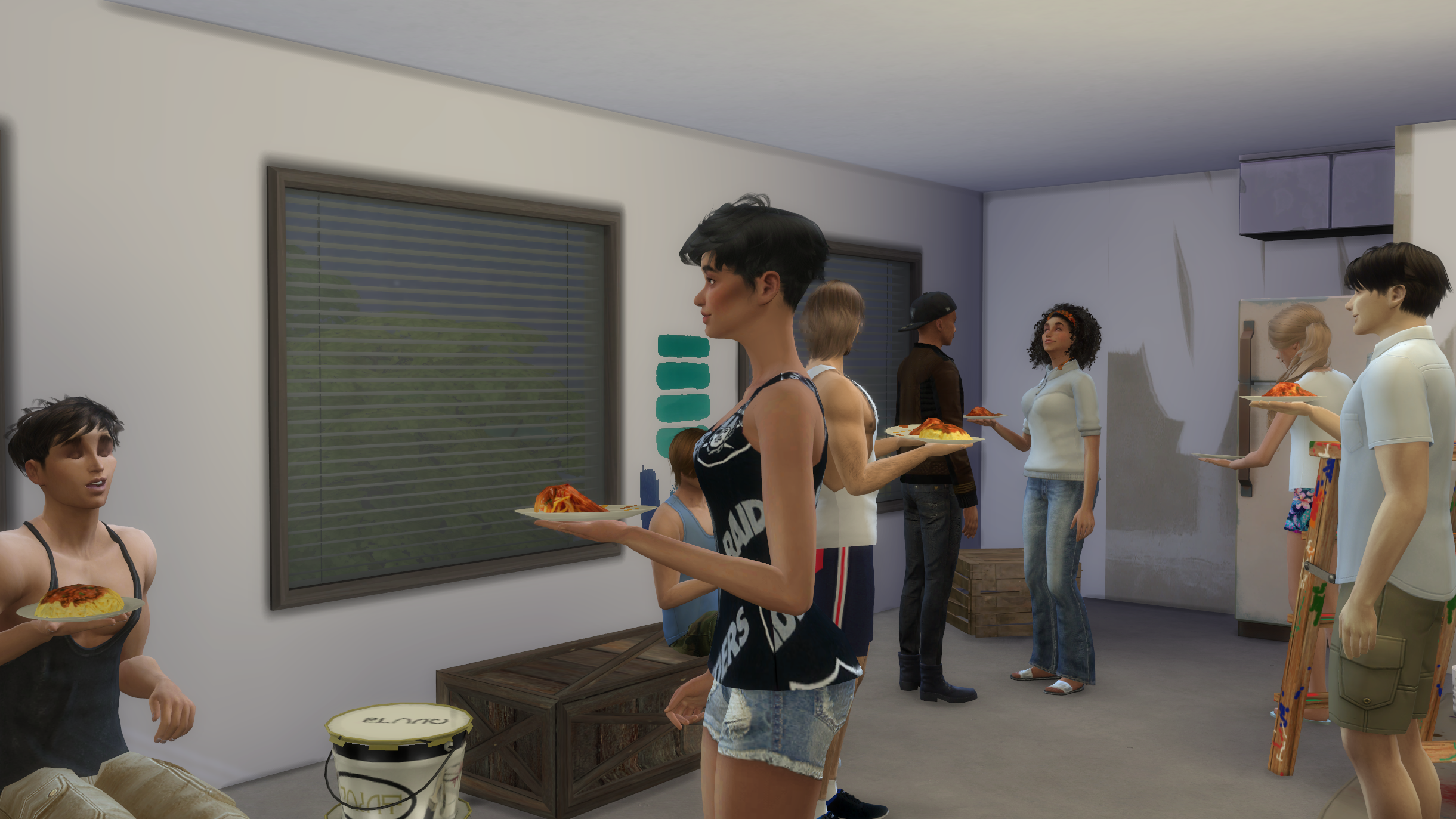 Lyle hardly knew anyone when he arrived with his sister, but would leave as a friend.

After dinner they all made their exits. Except Hailey.

“What do you say, Mr. Cameron, am I allowed to spend the very first night with you in your very own apartment?” she smiled. 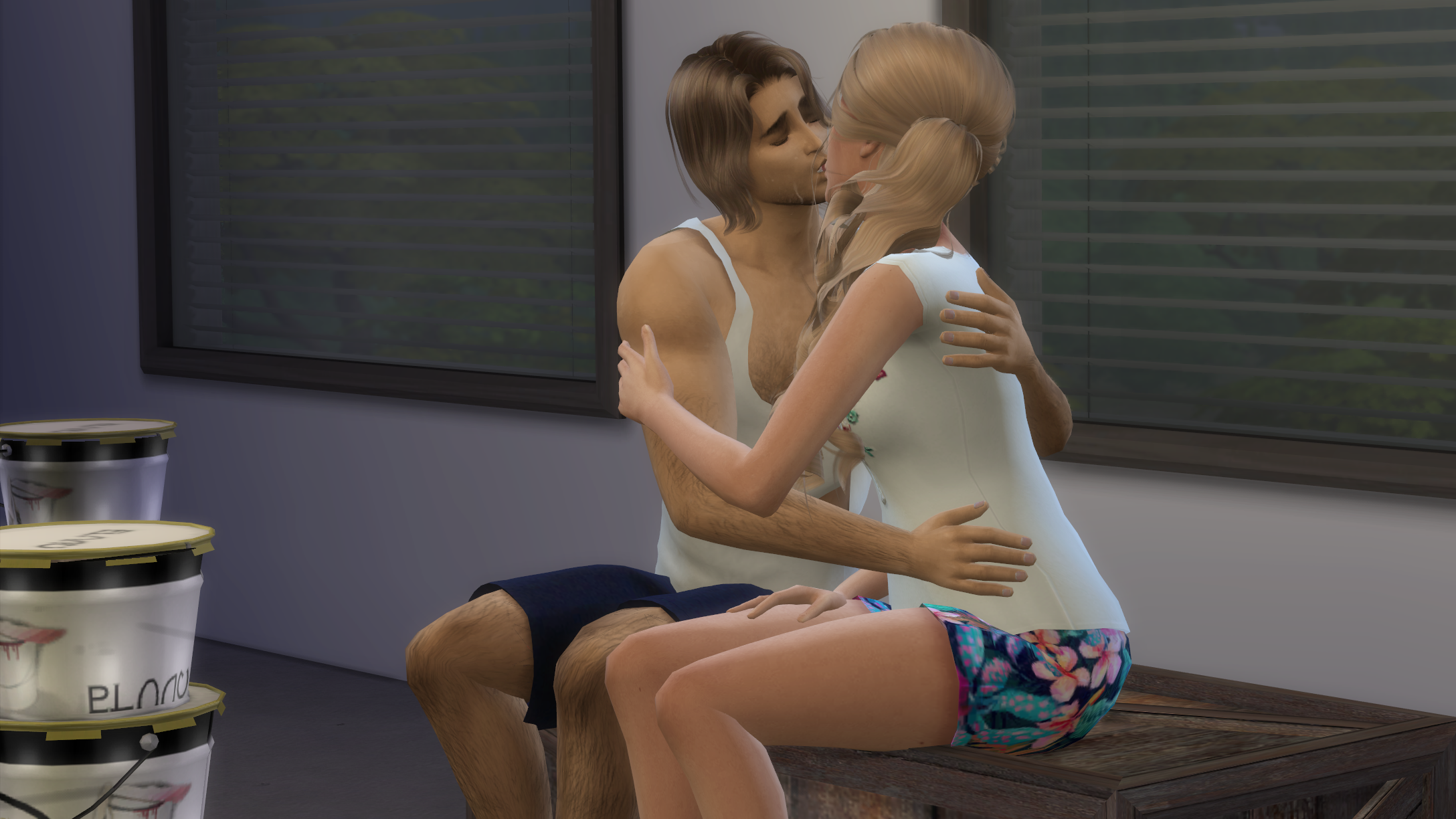 “I don’t even have a bed to offer you yet, Hailz.”

“I’ll sleep with you in the bathtub if I have to.”

“So … are we actually talking sleeping or … other stuff?” Blake smirked.

“Why Mr. Cameron – your apartment, you are the host. Figure it out …”

Blake was proud of his own progress, and for the first time in a long time, proud of himself.

He had sold some memorabilia from his Drake days, with the proceeds and a little financial help from his father he had found his affordable apartment, which was now painted, fresh flooring was in, and now it was ready to be decorated.

He, Hailey and Ally had been furniture and decor shopping together all day, once the longest list was worked off at the last and largest store, Ally just handed the clerk her credit card, despite Blake’s protests. 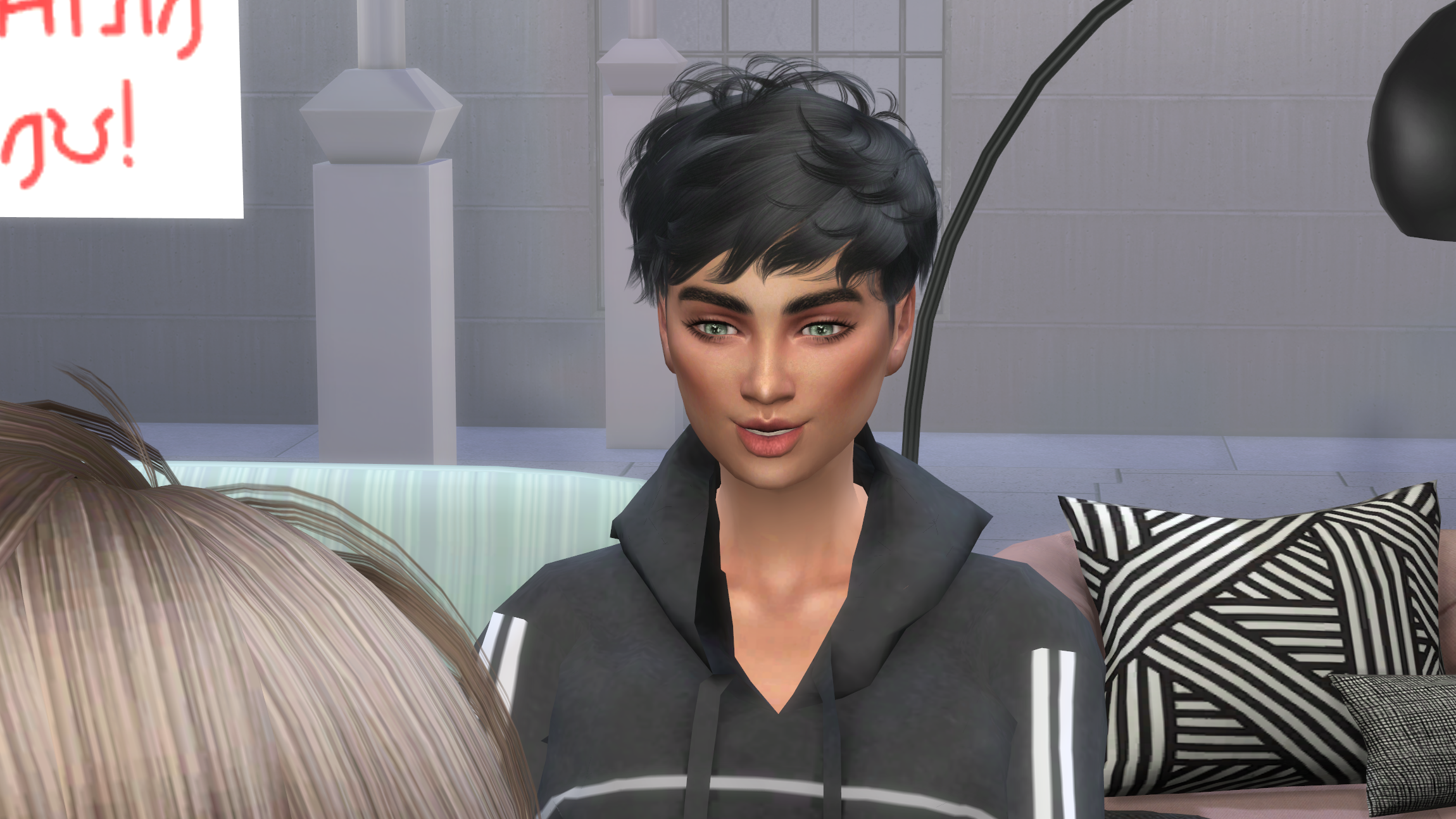 “Nah, I am totally getting you this time. You whiny, prejudiced little bitch with all the misogynistic homophobic crap you spouted over the years as that ‘Drake-fool’. I’ll show you an independent woman spending her own hard earned money, while flaunting all the prides out there, black, gay, feminism, …” she smiled at him.

She usually gave Blake a lot of tough love and teased him much, but everyone knew the cousins had each other’s backs since they were little. 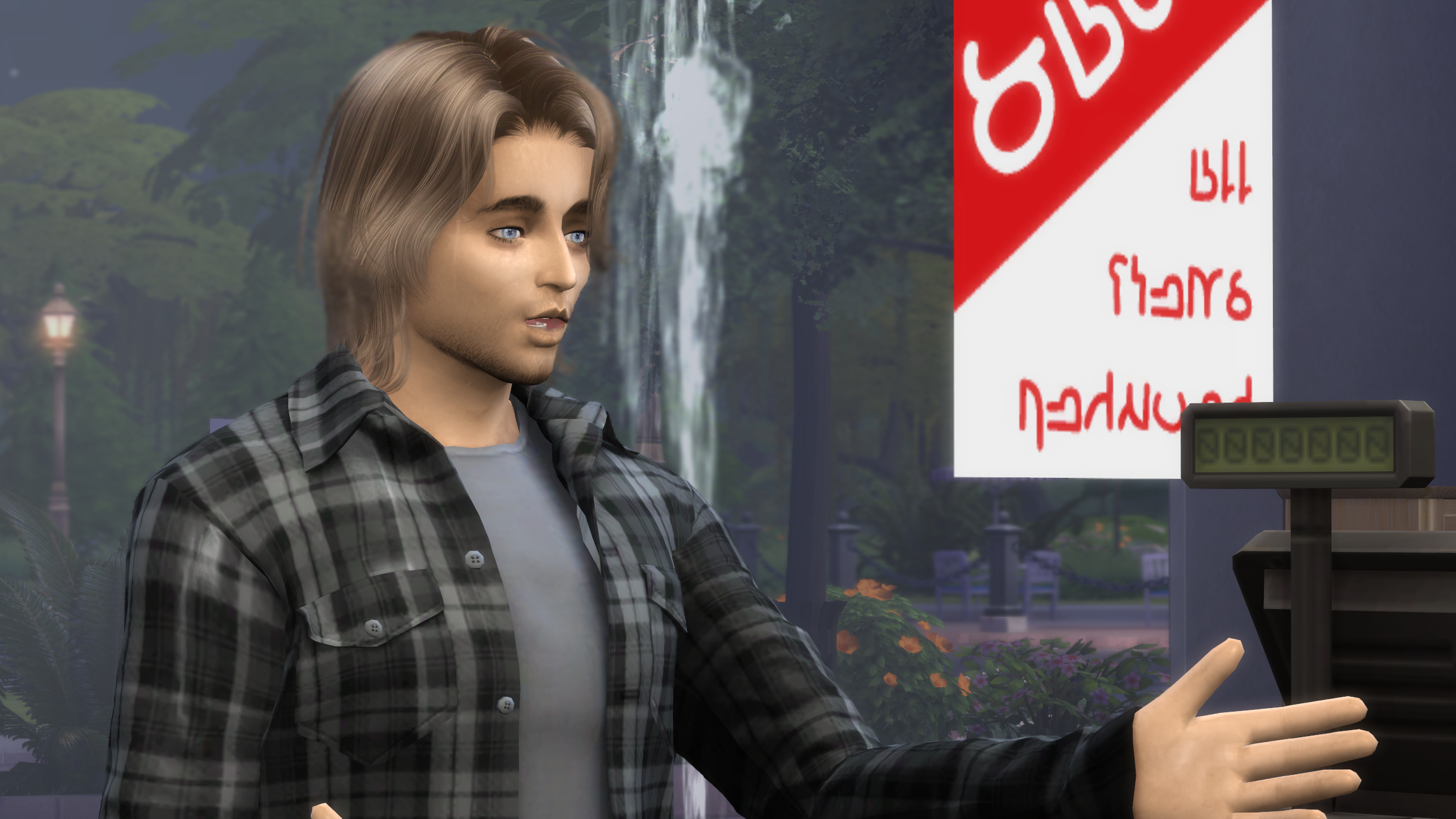 “Jeeze Ally, the race card? You are so diluted and mixed race, maybe at best a quarter black – if that much even, if that still counts –  and why gay pride all of a sudden?! Since when do you care?” Blake shrugged, shaking his head. 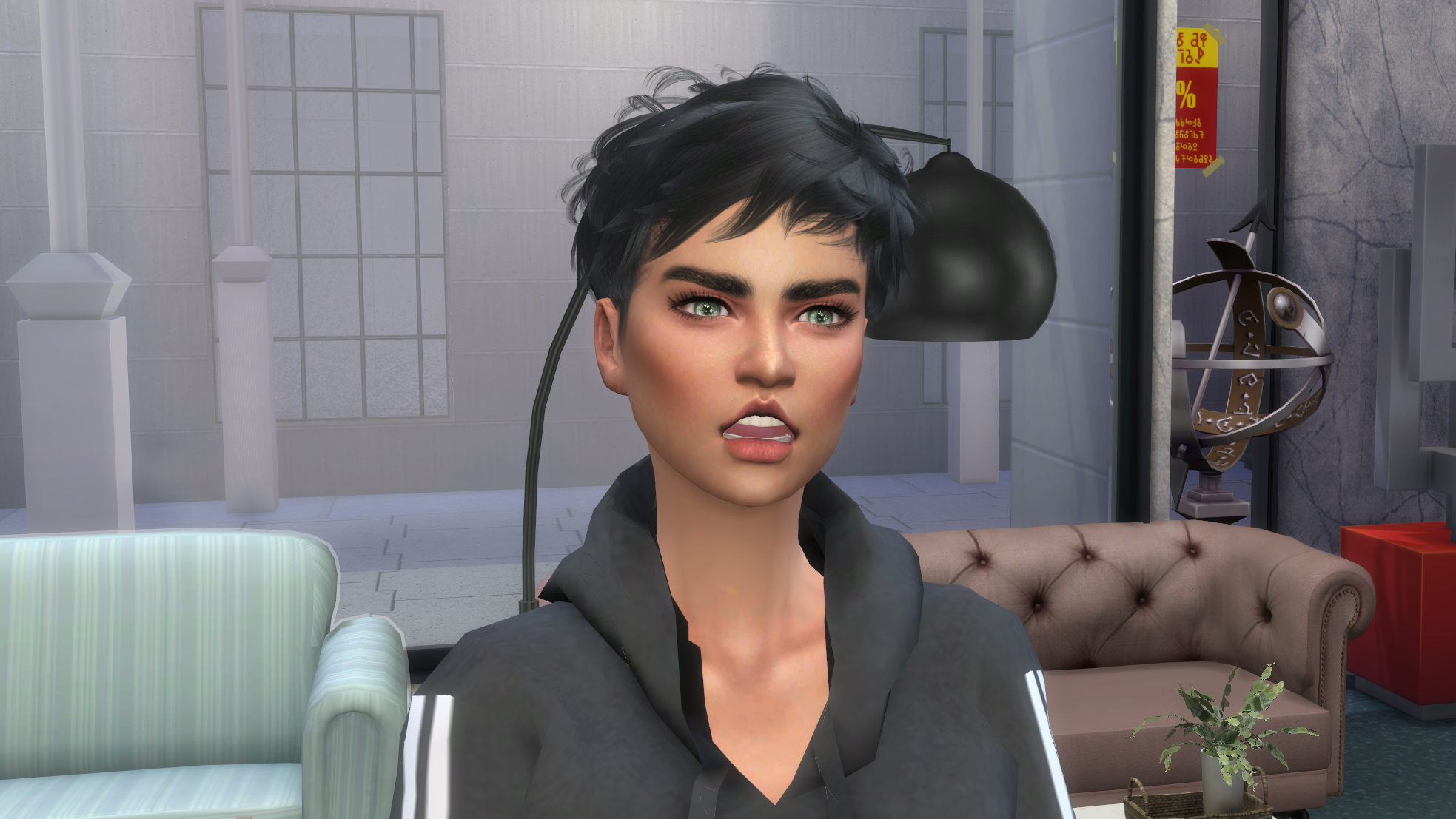 “You for realz, baby? First of all, I am black, I look black and I take pride in it no matter how many people in my family were bi-racial or white. And secondly you are just shittin’ me right now, right?!” Ally looked at him, visibly annoyed.

“Uh, Ally, I think Blake may not have gotten that memo yet. He’s a bit … naive …  sometimes. Disconnected from reality.” Hailey interjected. 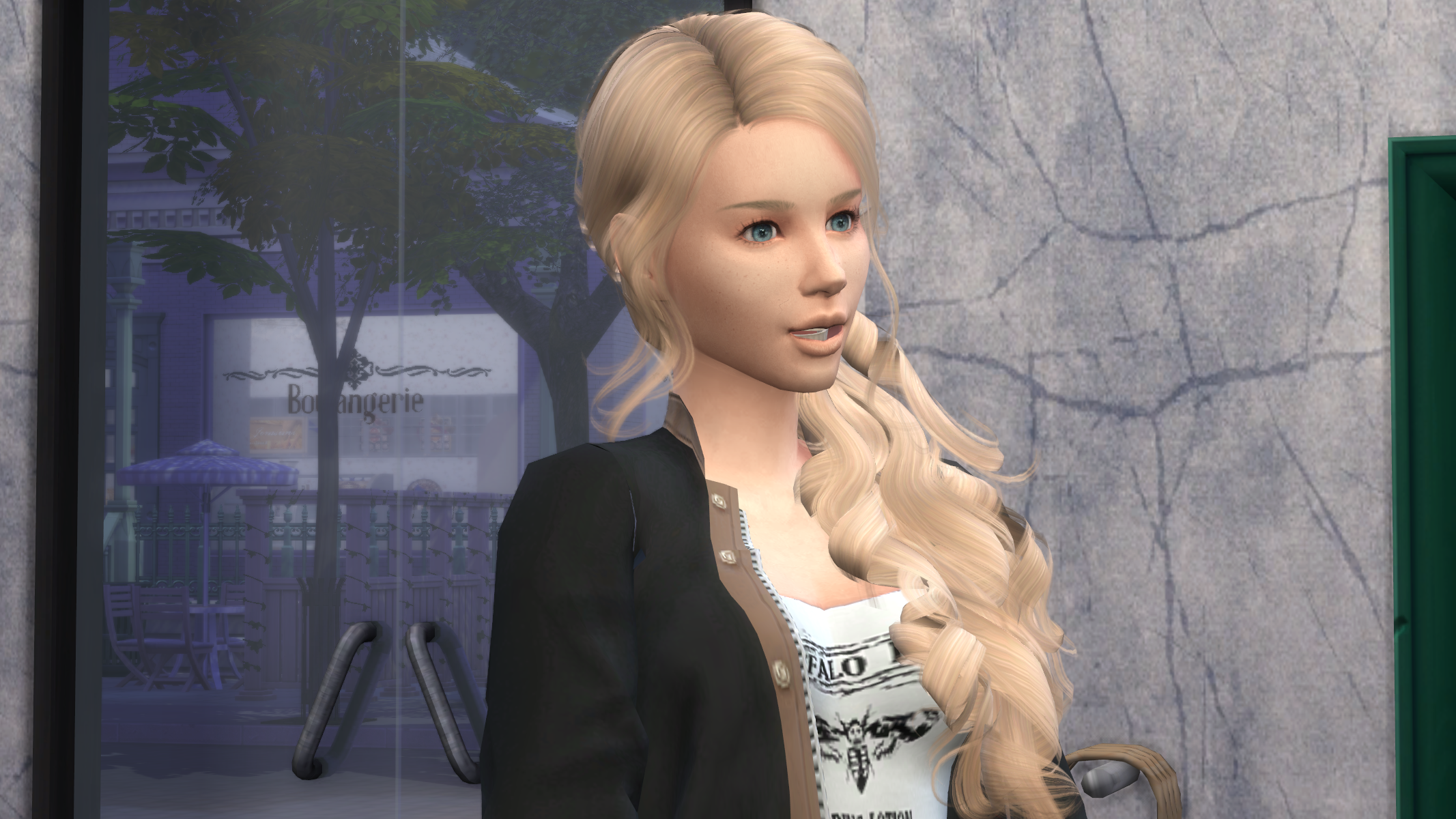 “Ya think?! OK, here’s your memo, Blake-enator, just for you – and you too, sales dude, since you are standing around conveniently – I am gay. Out and proud. Sorry you all missed the parade.” Ally didn’t even attempt to keep her voice low.

“That’s – uh – nice Miss, congratulations, but what I needed to know is where you want this delivered.” the sales clerk asked unimpressed. 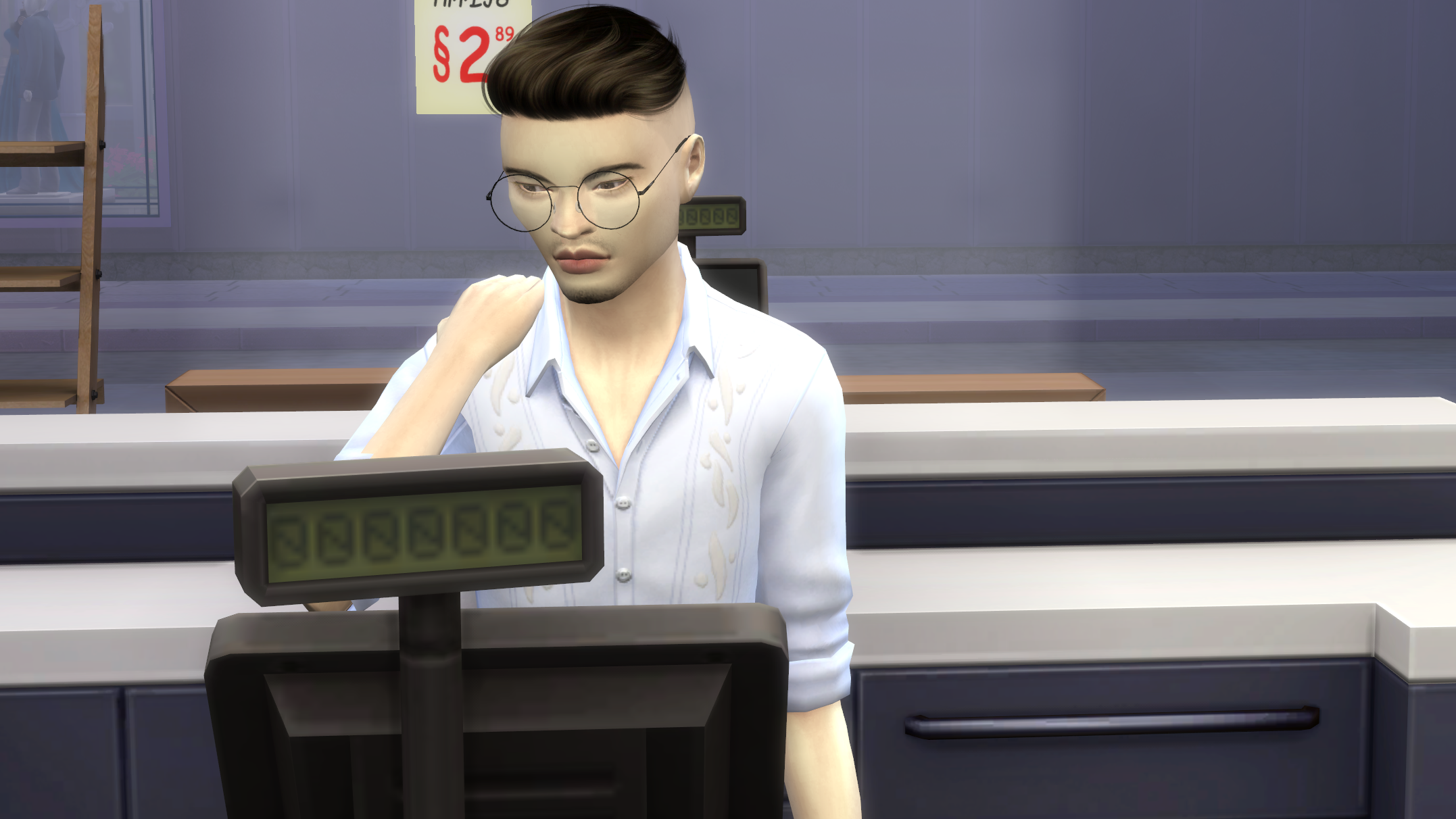 “To his address, duh. Or didcha think the dyke can just slip it in her Mary Poppins purse or what?!” Ally looked taken aback, as she was tapping her finger on the order form where they had filled out Blake’s new address.

“No, Miss, I meant curbside or white glove – into the apartment, fully assembled.” the clerk explained with stoic patience. 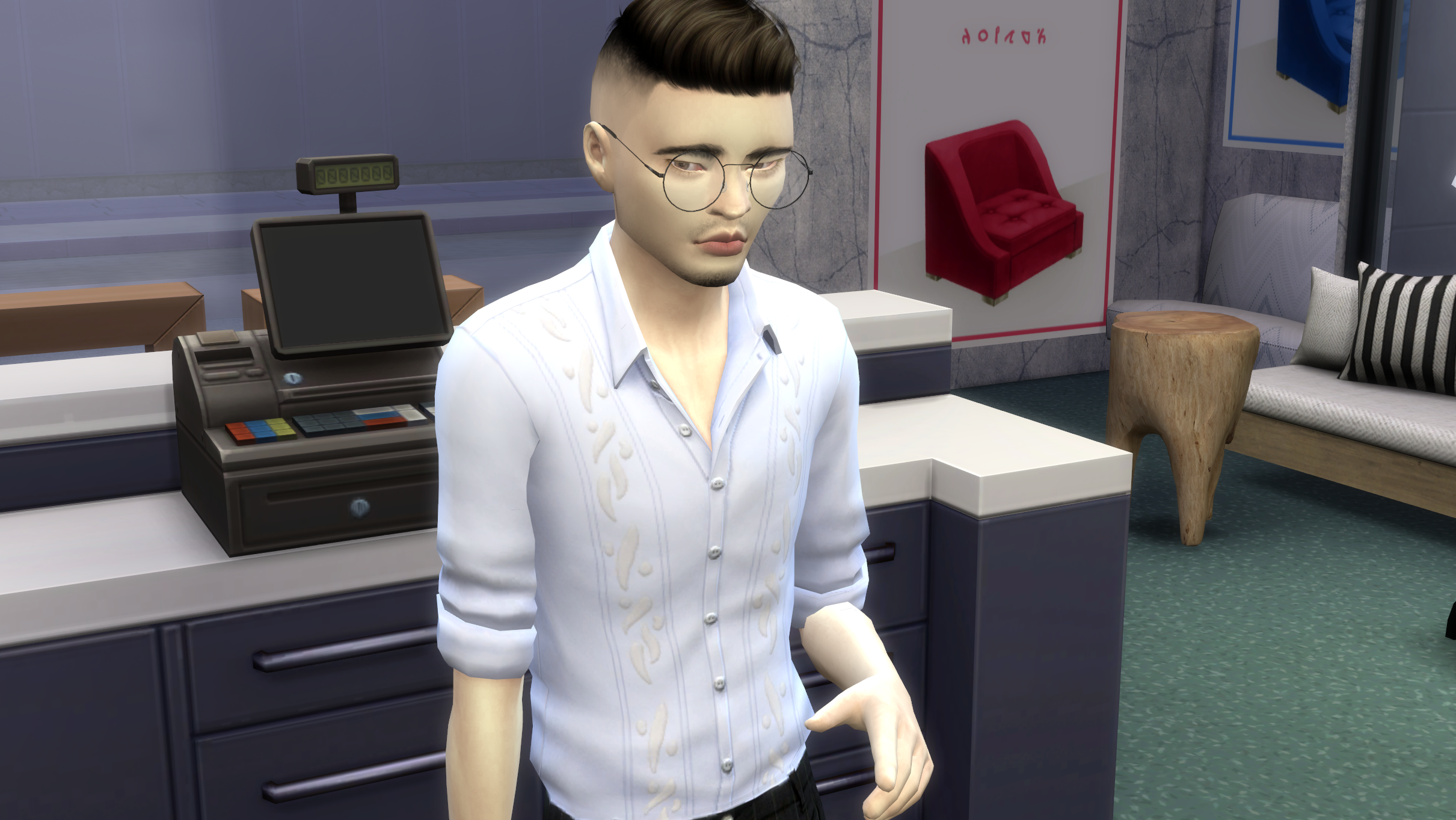 “Ah. Got it. Yah, that latter one. My wimpy cuz here has two left hands. Without help he cannot carry anything heavier than a cup of coffee. So, build it for him, stick it where he wants it to go and make it look straight for him. Don’t wanna have to come dig that fool out from underneath a bunch of wooden boards and shit.” Ally said. 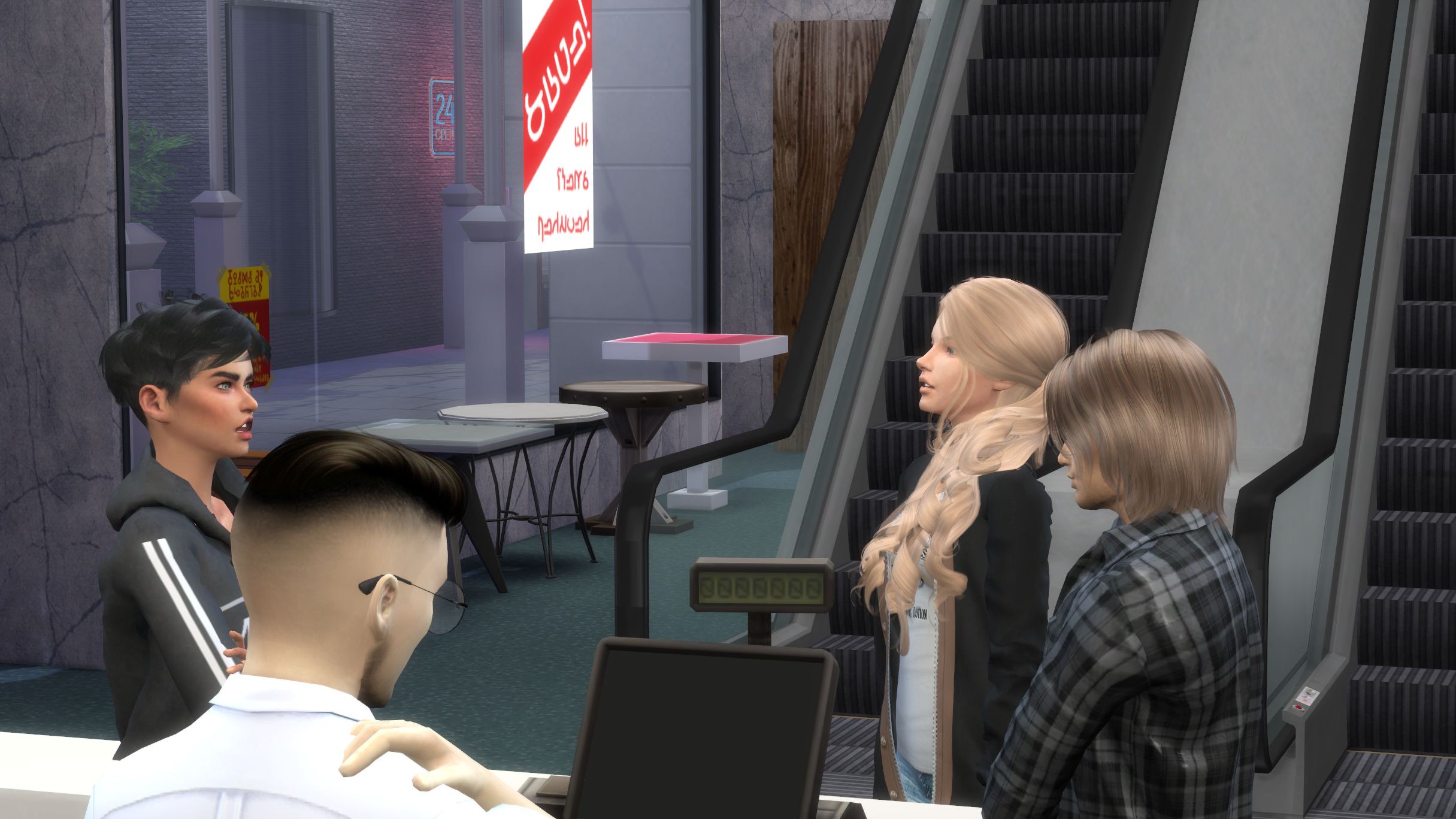 “When did you become gay, Ally?” Blake was still chewing on the news.

“Are you serious, Blake? Damn, how did grandpa used to say ‘dumb fucks good’? Must be true, no wonder the line to get into your pants used to wrap around several blocks. You must be an epic lay judging by how much of an idiot you are. Oh, oops, sorry Hailey. Just teasing.” Ally frowned apologetic. 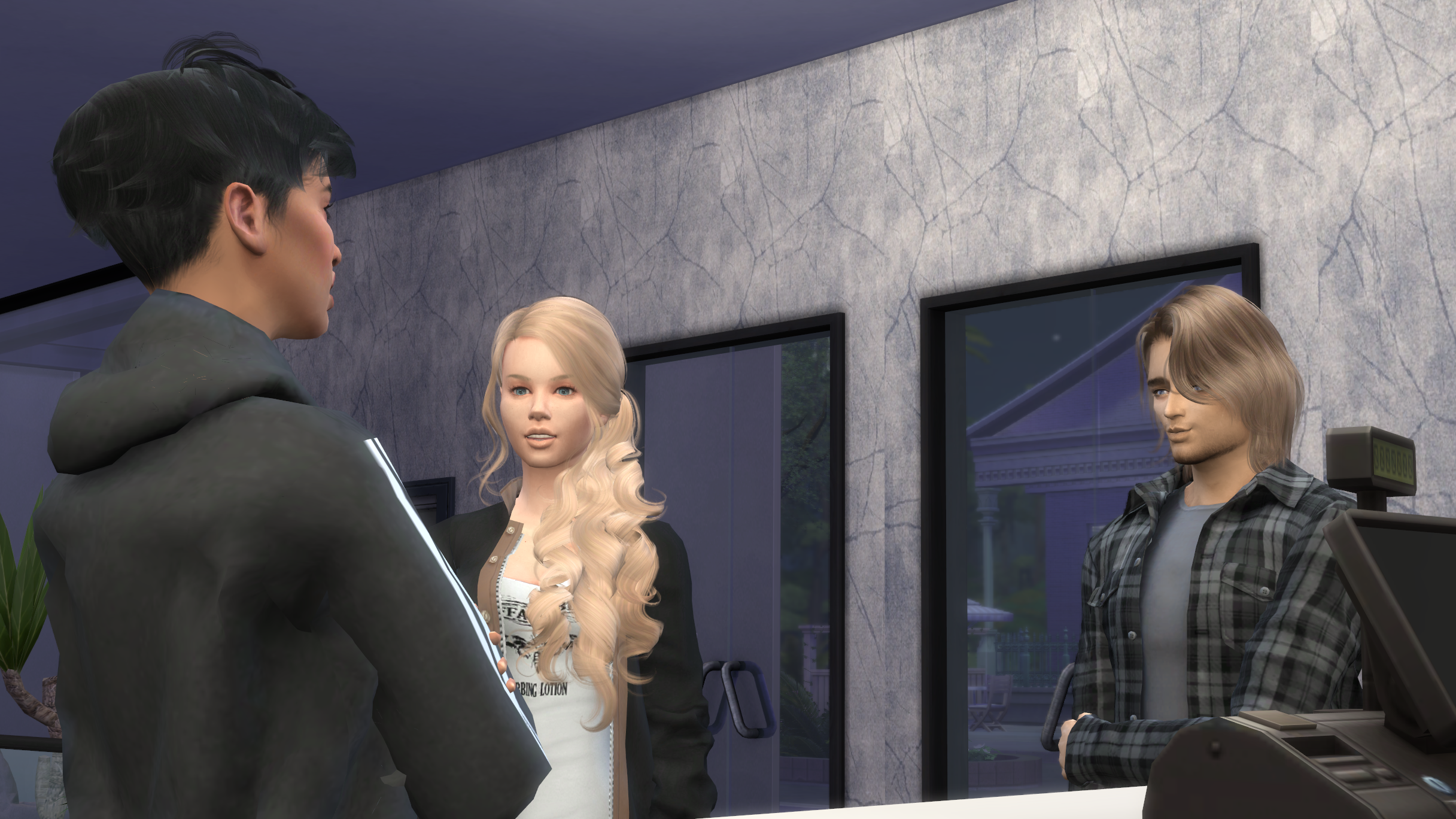 “That’s okay. Not really disagreeing. My little blonde dummy here is a handful, but a keeper. In and out of the bedroom.” Hailey smiled, mostly at Blake’s facial expression. 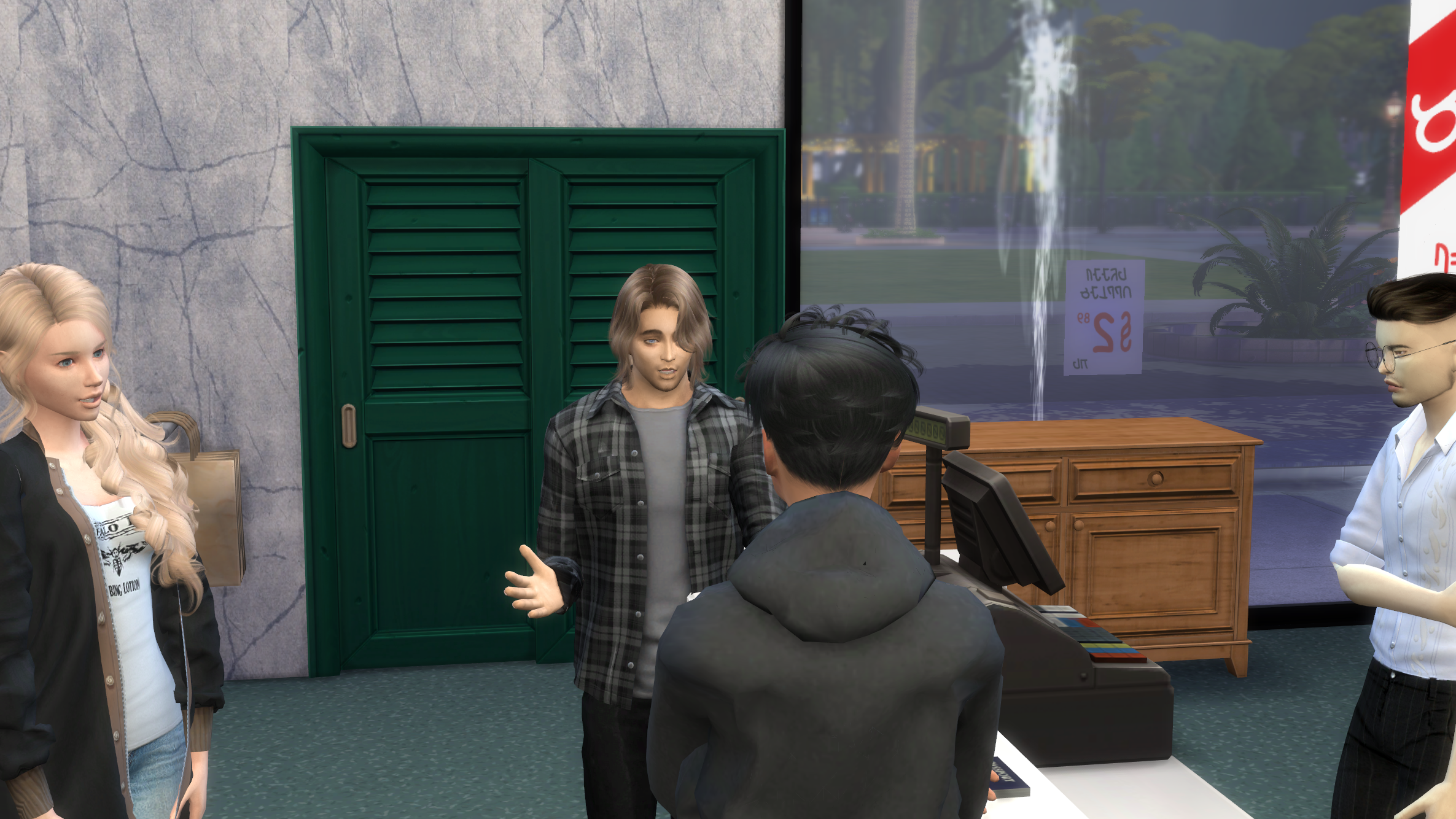 “Wow, thanks girls. Uh, can I even still refer to you as a girl now?” Blake asked Ally.

“Dafuq’s wrong witcha, Blake?! I didn’t say I grew a dick, I said I am a lesbian. Not transgender. Keep your prejudice straight at least!” 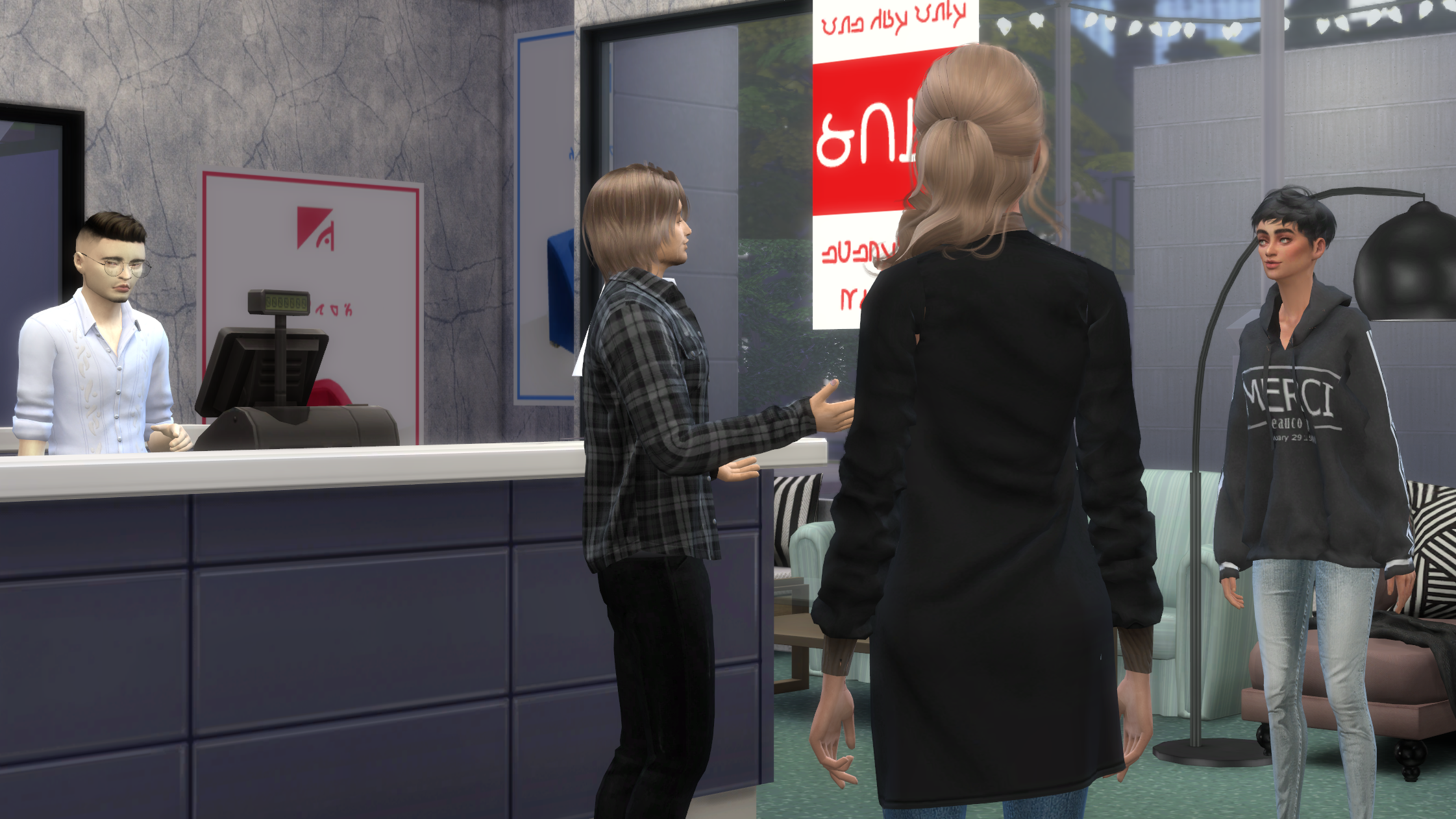 “Calm down Ally. Don’t be so mean to my man, or you’ll have to deal with me.” Hailey smiled at Ally, who belted out laughing.

“You two really belong. Perfect for each other, like fist on eye. Little red hiding hood over here swinging her picnic basket at me in defense of her brain-amputated bad boy garden gnome. You two are adorbs! Perfect couple. Love it, guys!” Ally was highly amused.

Blake and Hailey were here for Blake to trade in the Christmas gift voucher.
Hailey, KC and Ethan had purchased it together for Blake. A gift certificate for a professionally recorded album with the songs of his choosing, originals written by Blake himself.
He could send the resulting demo tapes out and just have something to show for if ever needed.

Plus, it didn’t take rocket science to figure out he’d love a gift like that. 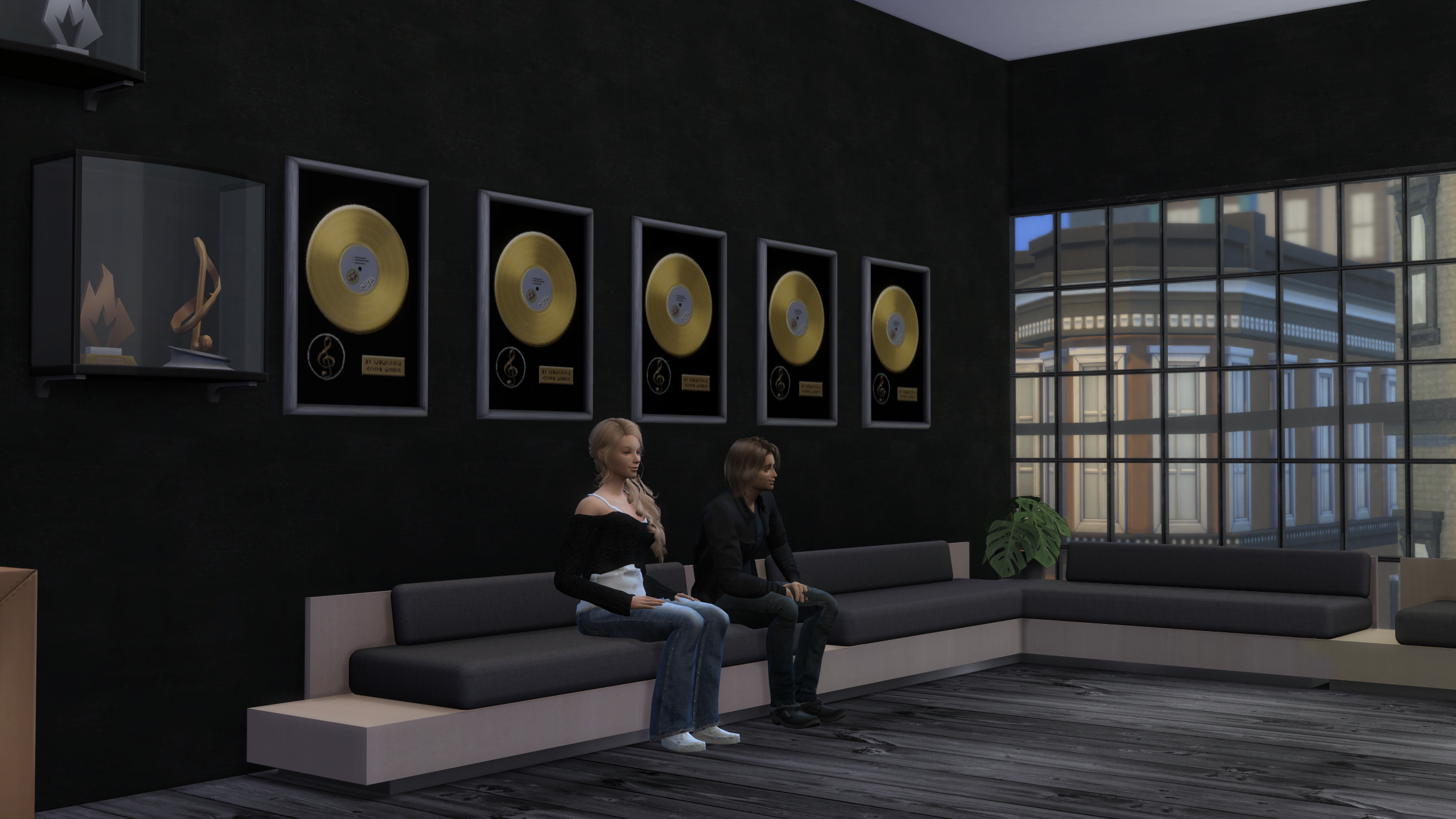 After a solid hour waiting time, Blake and Hailey were called back into the actual studio, Blake got briefed on what to do and what not, then Hailey followed the studio technician into a room with a window looking into the padded one Blake had been sent into.

A few hours in Blake had developed a routine like he had been doing this all his life. It all looked smooth and natural now.

“OK, once more from the top. Just vocals this time, no instruments. I’ll be playing the music in through your headset.” the guy behind the mixing table instructed through the microphone, and Blake began to sing the same song again, Hailey watching from behind the glass. 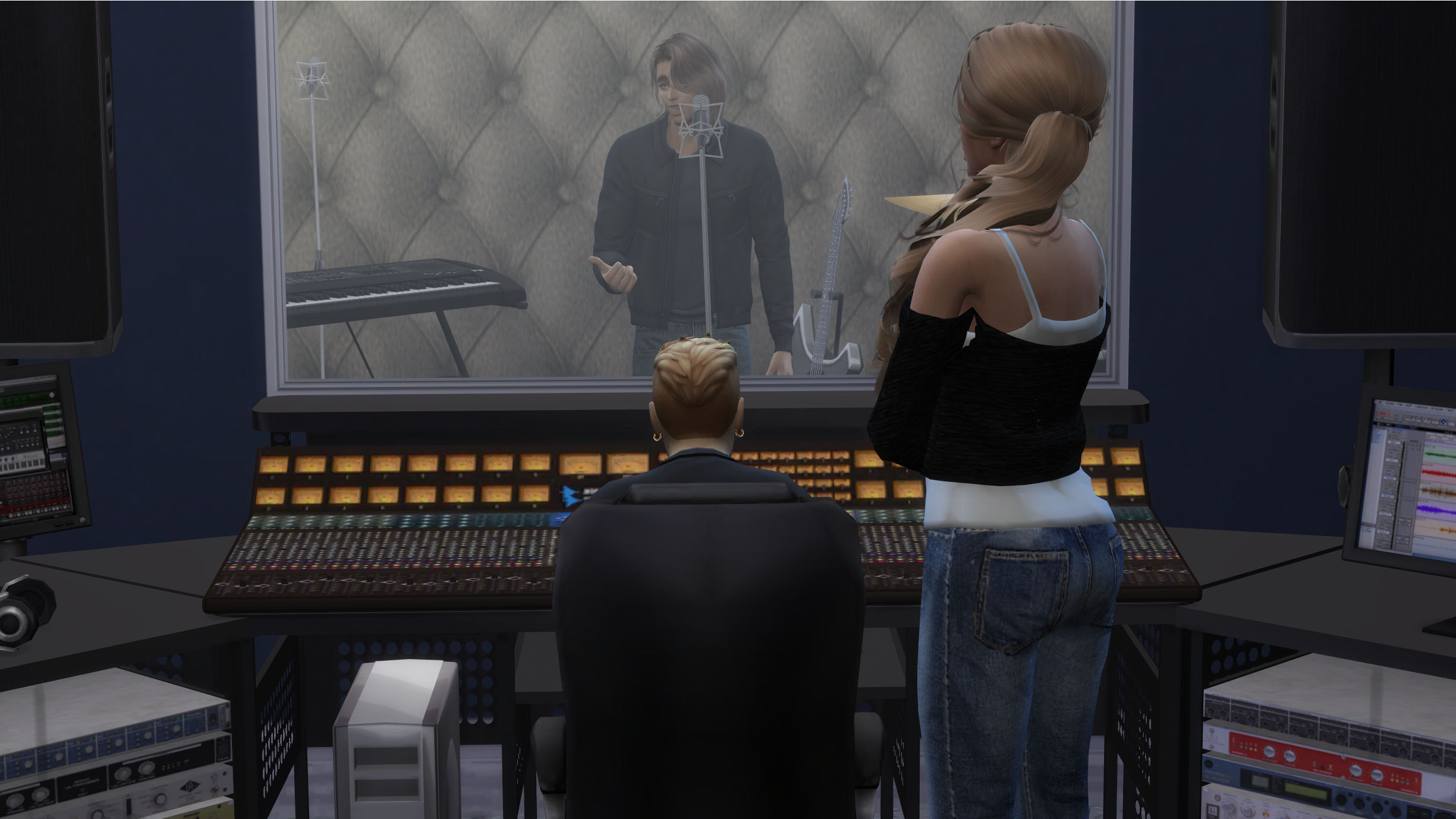 Smiling. Proud and happy to see Blake so happy. He truly looked in his element.

When he was done, he looked at them through the thick glass, and Hailey said 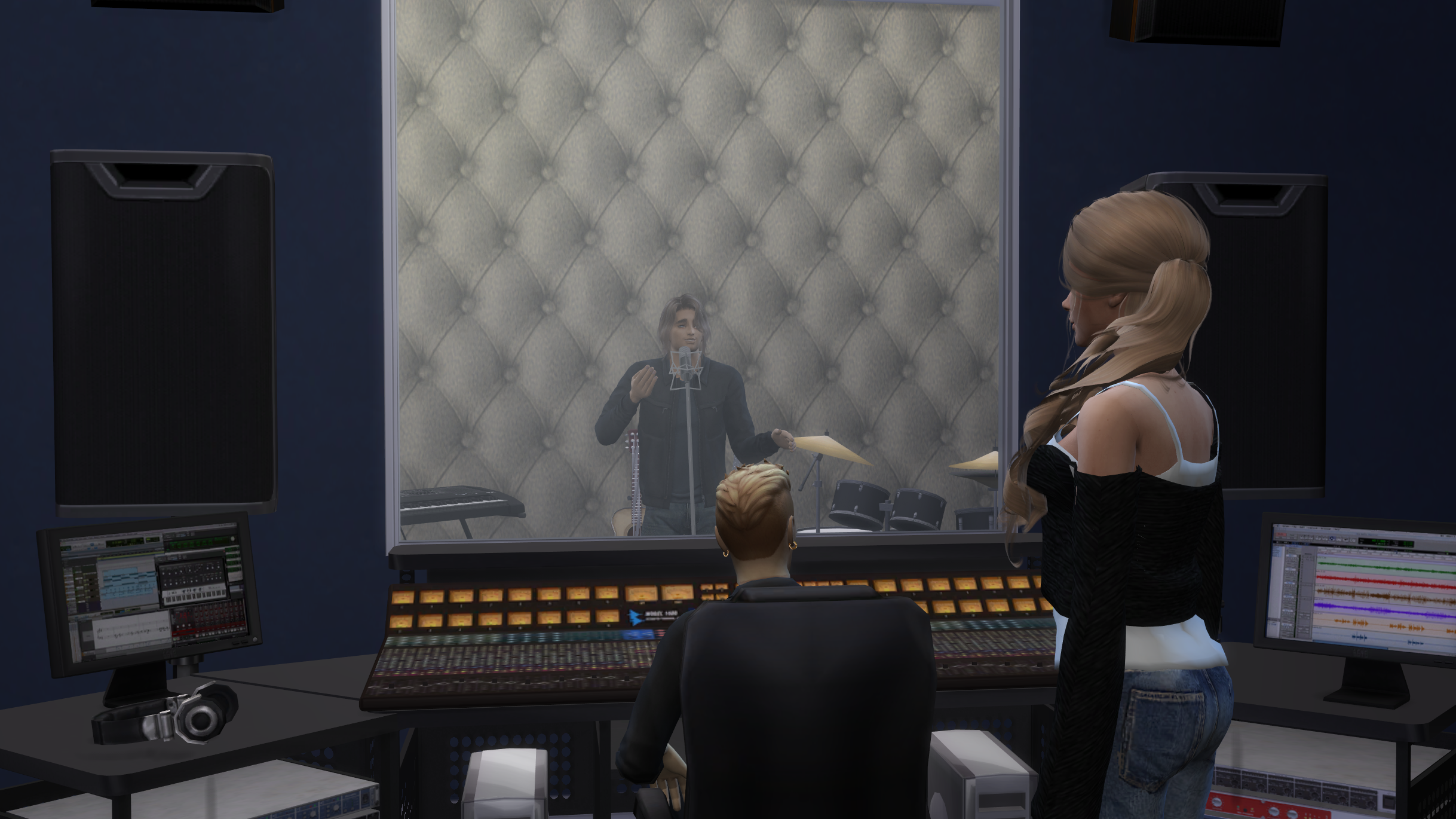 “He can’t hear you. You have to push this button, Miss.” 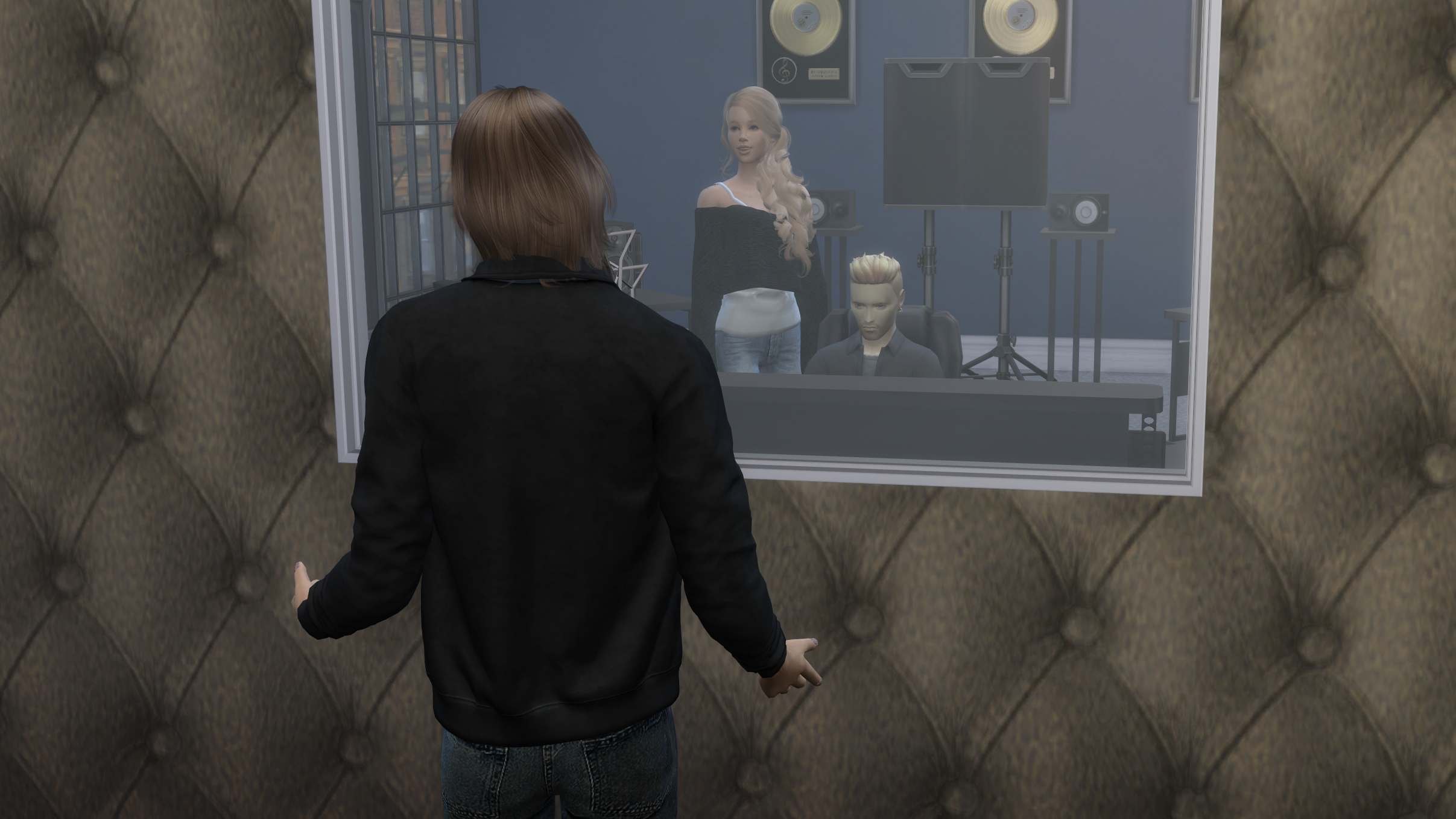 “Knock yourself out. He can take five while I check this recording and get the next take set up.”

Hailey went to the padded recording room, she and Blake kissed. 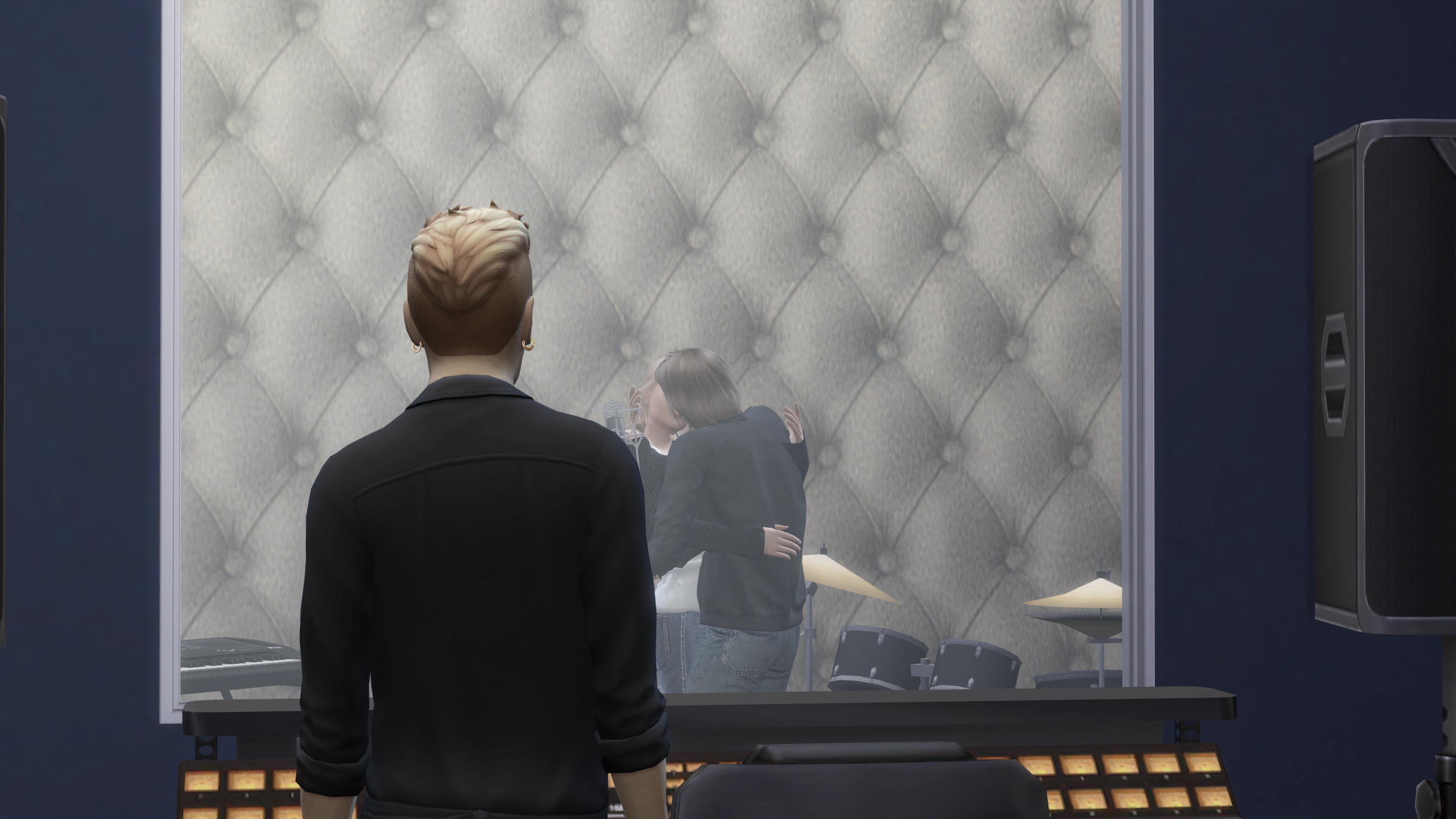 “Let’s do one together, Hailz. Our song. You know which one.” Blake suggested, still excited.

“Blake, this is your thing. All you, baby. Your gift. I don’t need to be on that tape. This should be all you.” Hailey smiled at him patiently. 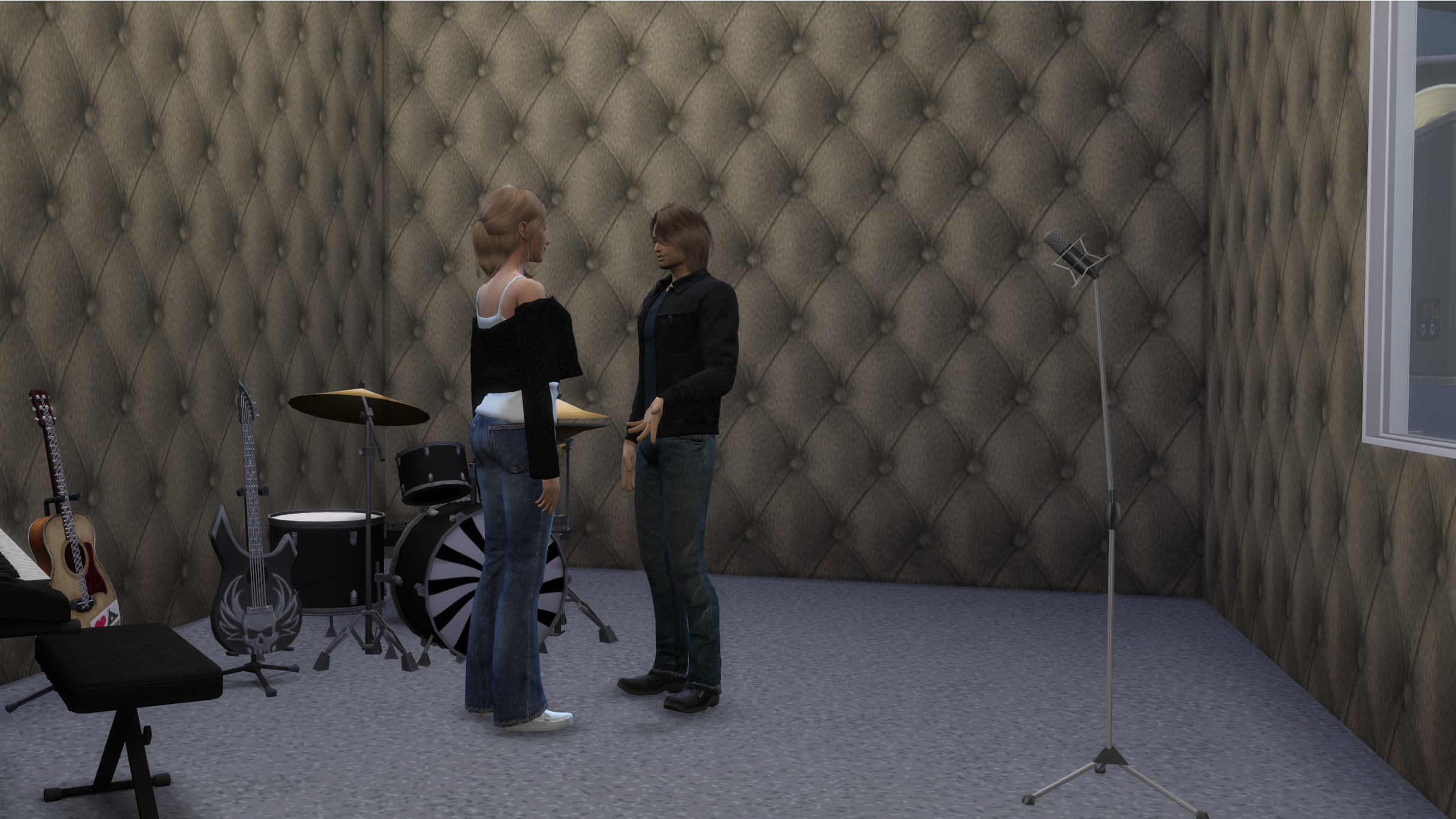 “I want you to be. Come on. One song. When we start sending out the tapes, I’ll tell all of them that the duet is just to show I can do them. Unless you change your mind and they’ll hire us as a team. Wouldn’t that be the best thing ever? Both of us, on stage, together. Doing what we love, together. Oh my God, Hailey, we have to do a few songs together!” 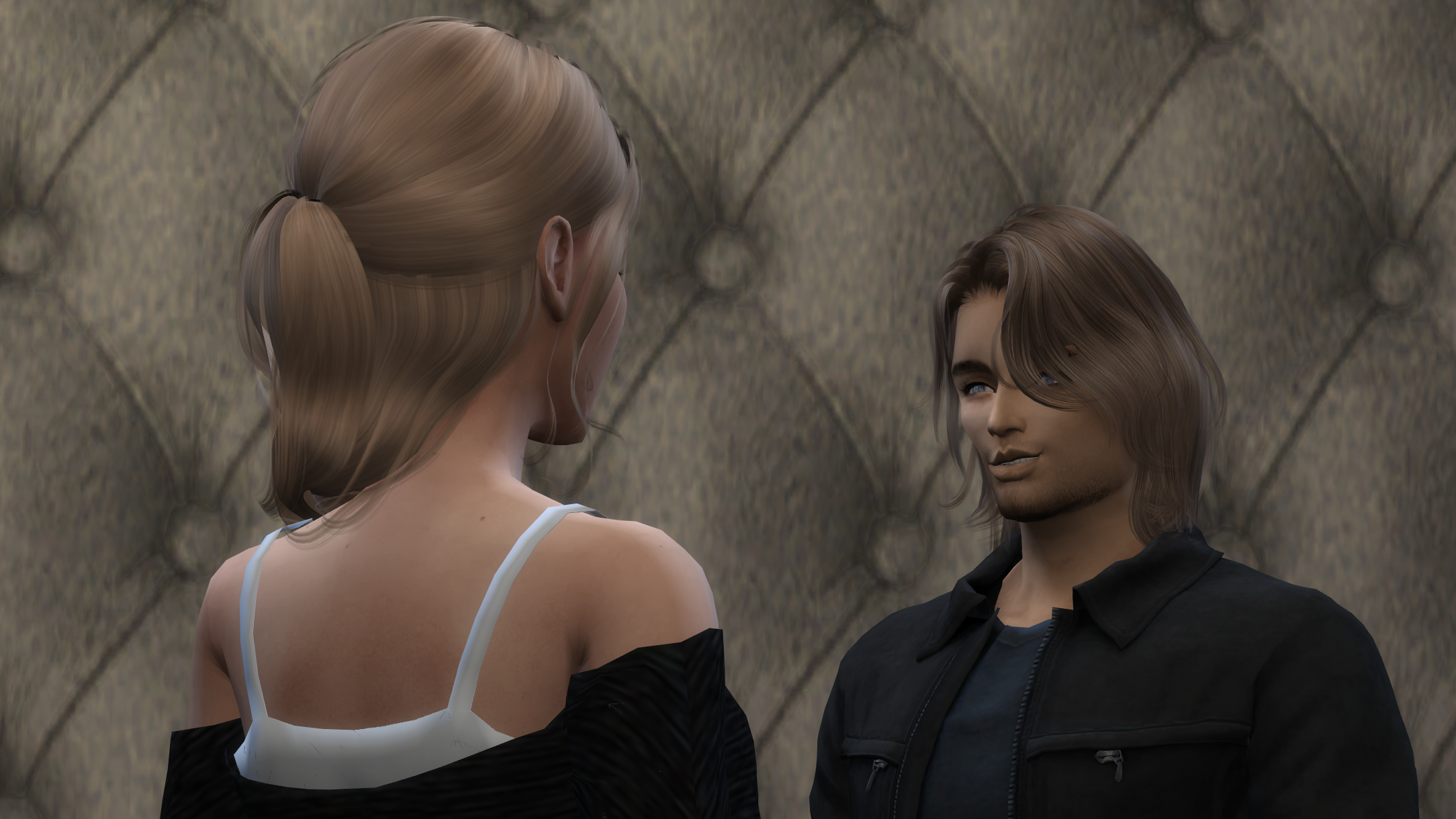 “That is your dream, Blake. I do not want to perform in front of many people. I like singing with you, in the woods. At home. Around a campfire with family and friends. Not publicly. No, keep me out of it.”

Hailey smiled, listening as Blake excitedly talked about his experience. 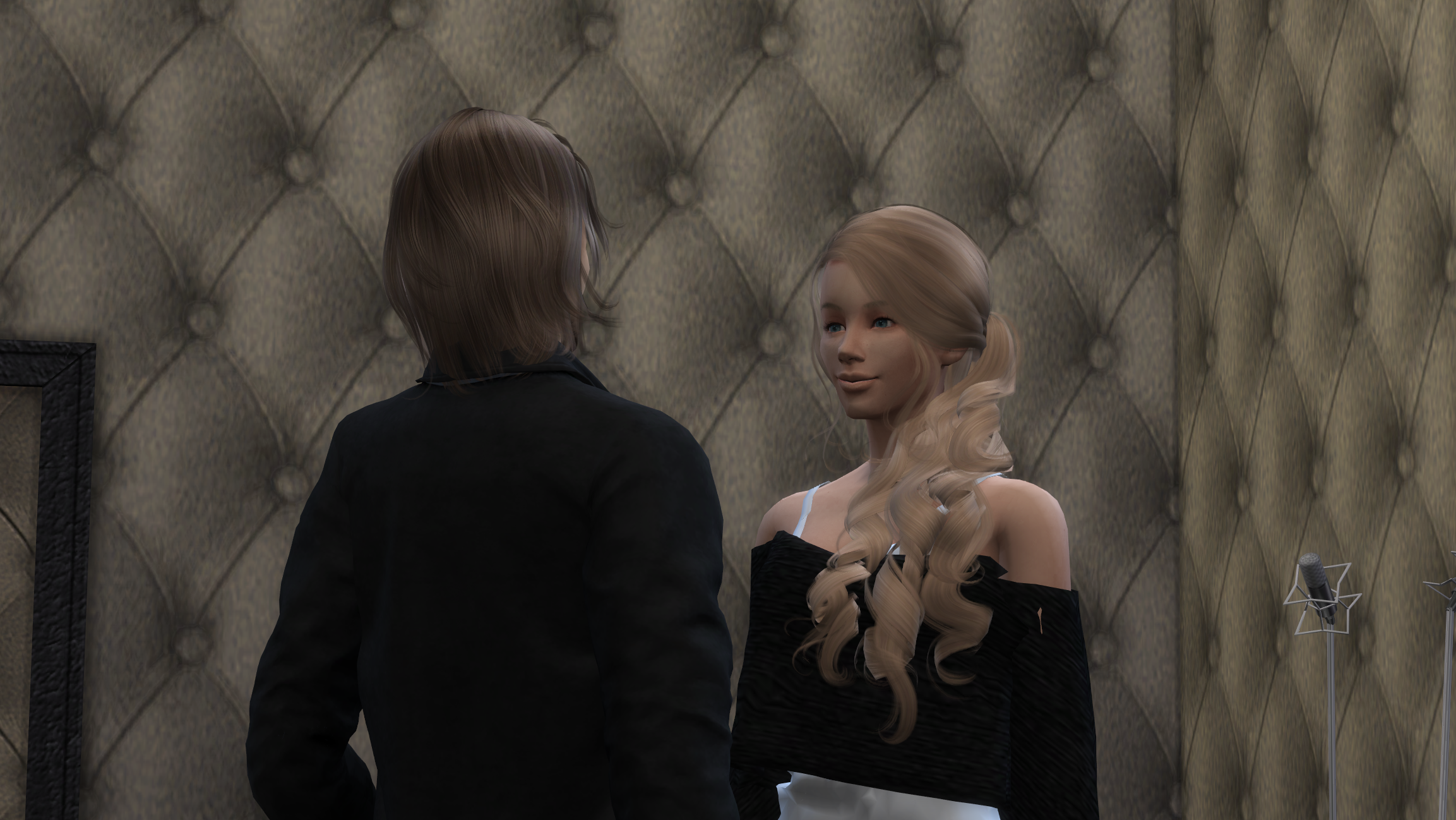 Blake was thrilled like a kid in a candy store.