I remember learning as a kid that love meant loneliness and confusion.
~Calum Scott

Subsequent to that day spent with Hailey as friends with the unplanned ending between the sheets, Blake ended up traveling much longer than the anticipated two weeks, when new events were booked in addition.

It only allowed for very brief stops at home, so that he ended up not seeing Hailey for almost three months total.

One main reason for that was that she didn’t respond to any of his texts. He only dared calling her once, she didn’t answer, nor returned his voicemail. This was confusing to him.
Did he forget something important? Or did she go back to Mark? Was she really this upset about them having been intimate again? But why? Both had been single this time. Not  a big deal, right?

Finally back home once more and currently visiting his dad in Brindleton Bay, staying with him for a couple of days, Blake was out for an afternoon run when he happened upon her. 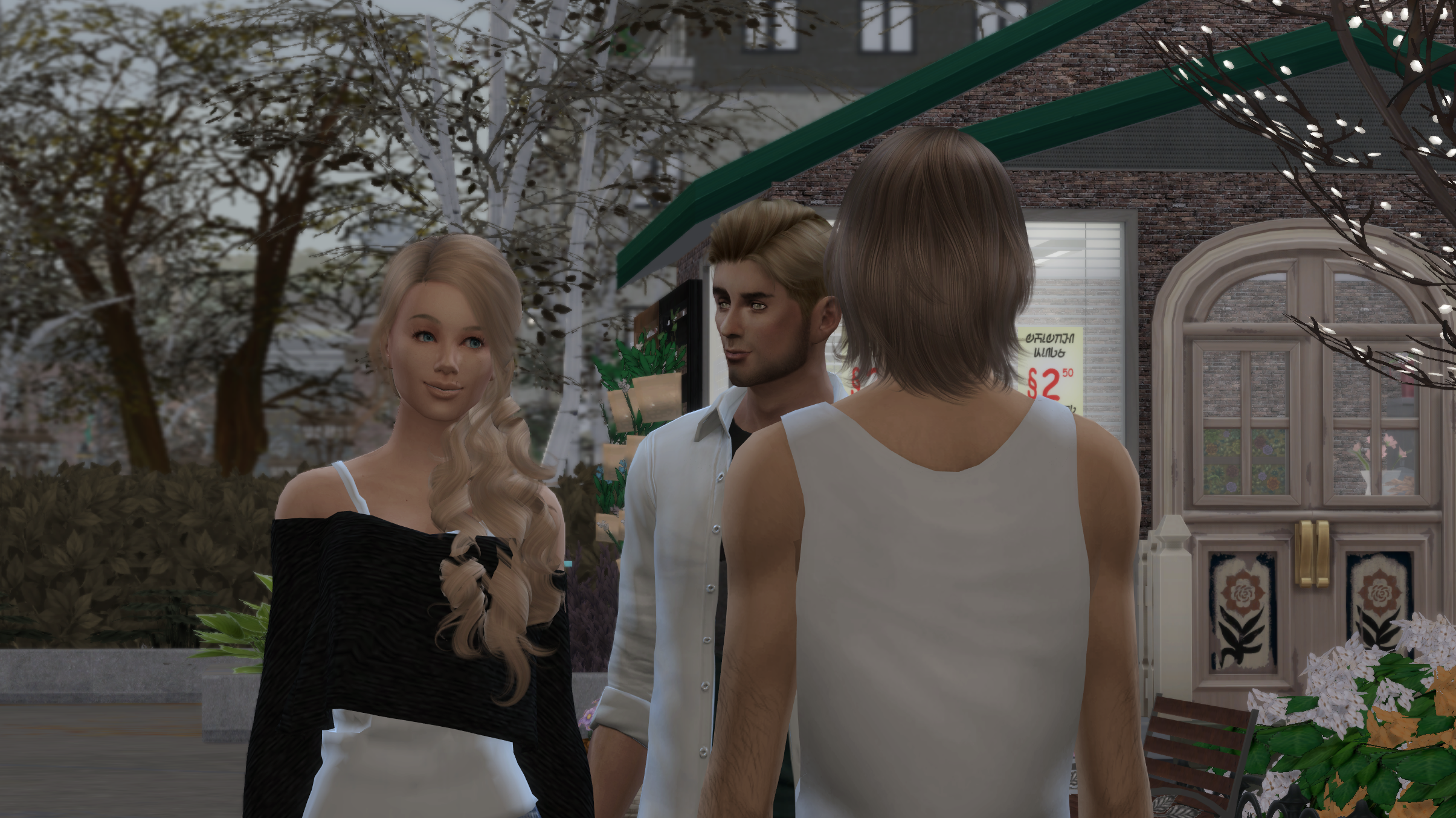 “Hailey! How are you?!” his face lit up seeing her, he barely and only briefly eyed the guy next to her. ‘Another date. Mark 2.0 now. Fantabulous. Sigh.’ he thought.

“Blake, I didn’t realize you were back in town. Uh, Blake this is Reed Lockhart, my fiancé.” 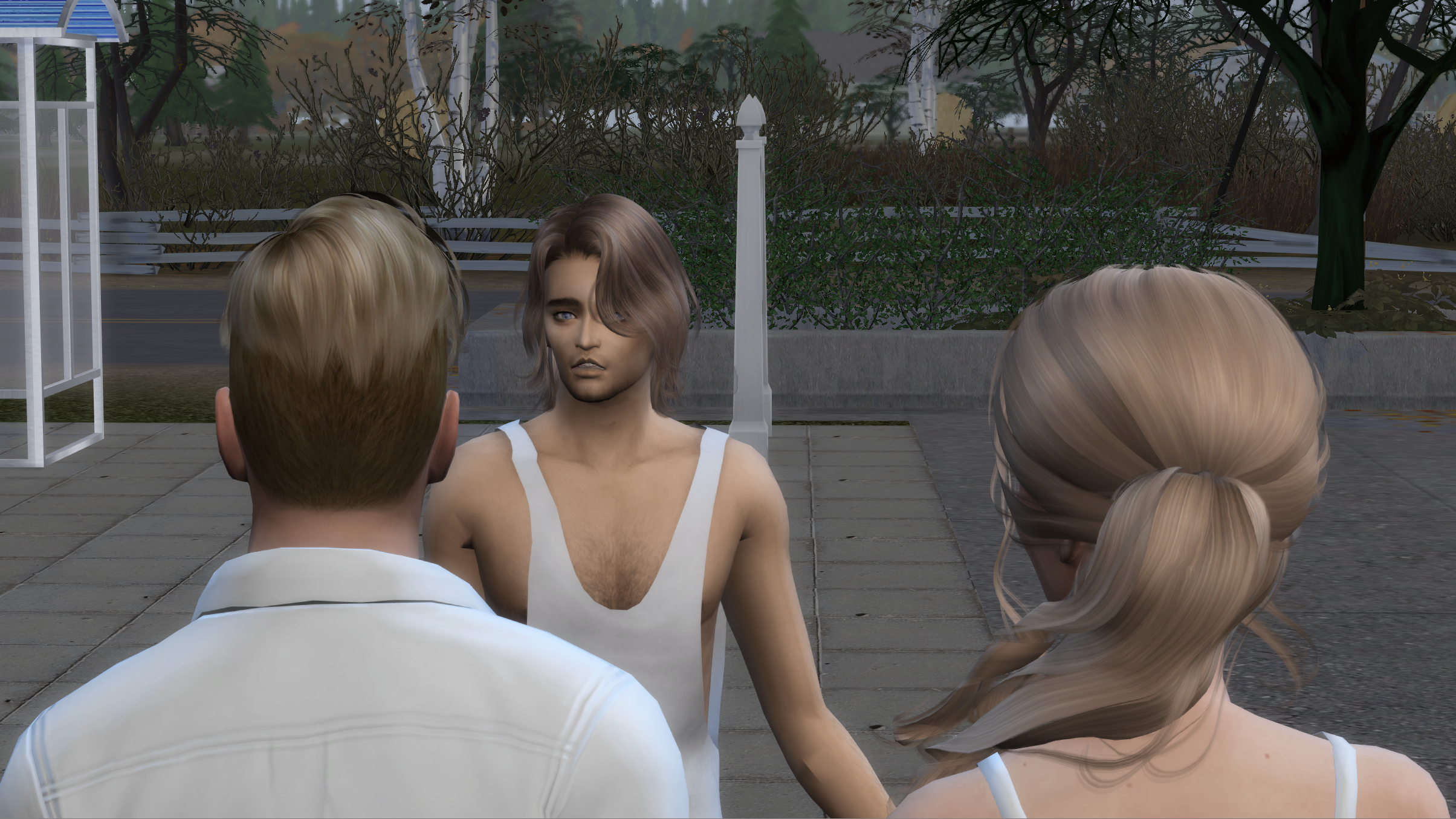 Her words instantly wiped Blake’s smile off his face as he now stared at the guy. Once more someone much taller and visibly more athletic than himself.
And did she say fiancé?!
As in engaged?!
Like … permanent?!
Oh hell no!!!

“Can I speak to you in private for a moment?” Blake urged. 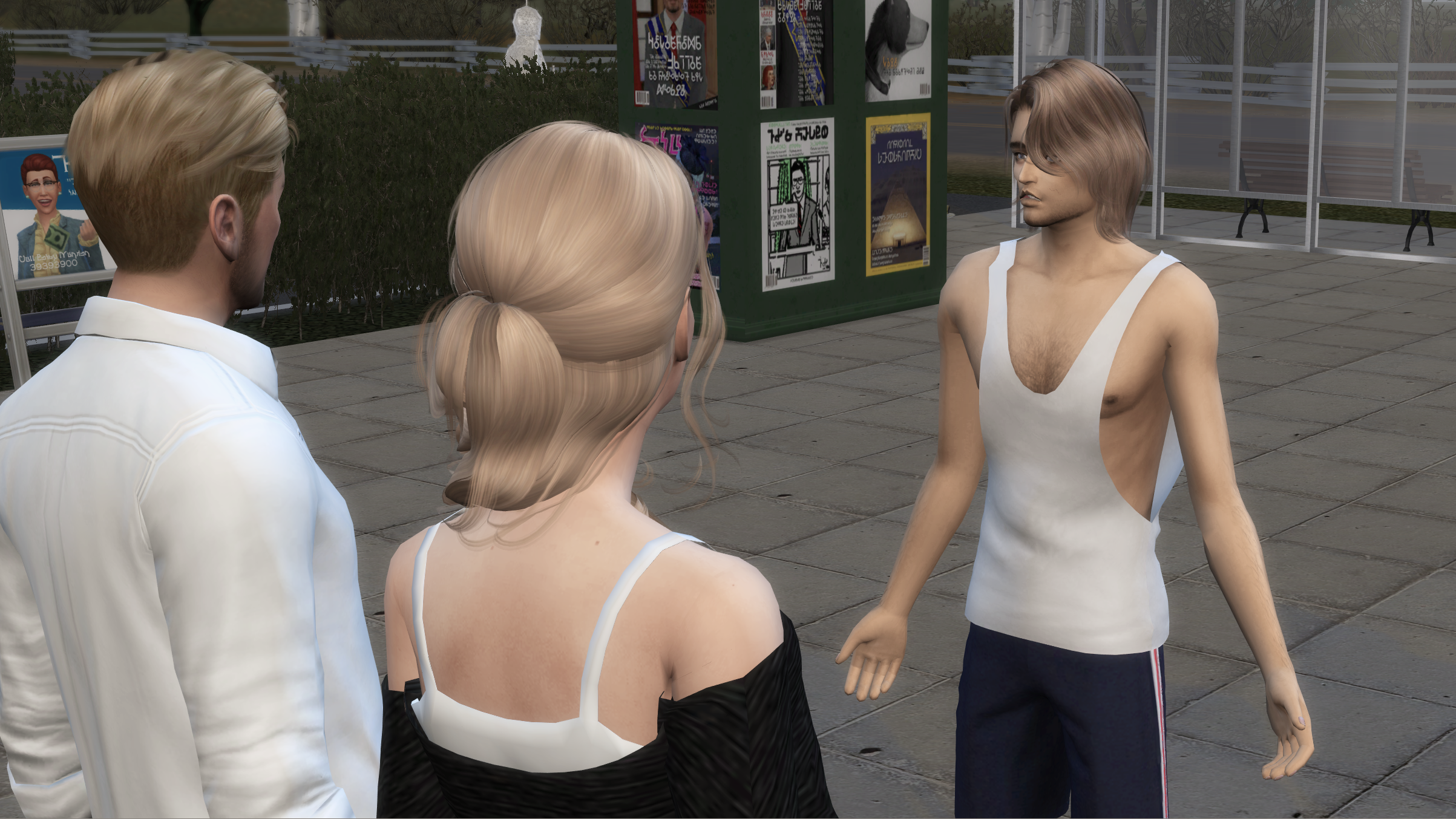 “Blake, I … okay fine. Would you excuse us for a second, honey?” Hailey knew if she didn’t oblige, Blake would fly off the handle again and this would turn into a scene. 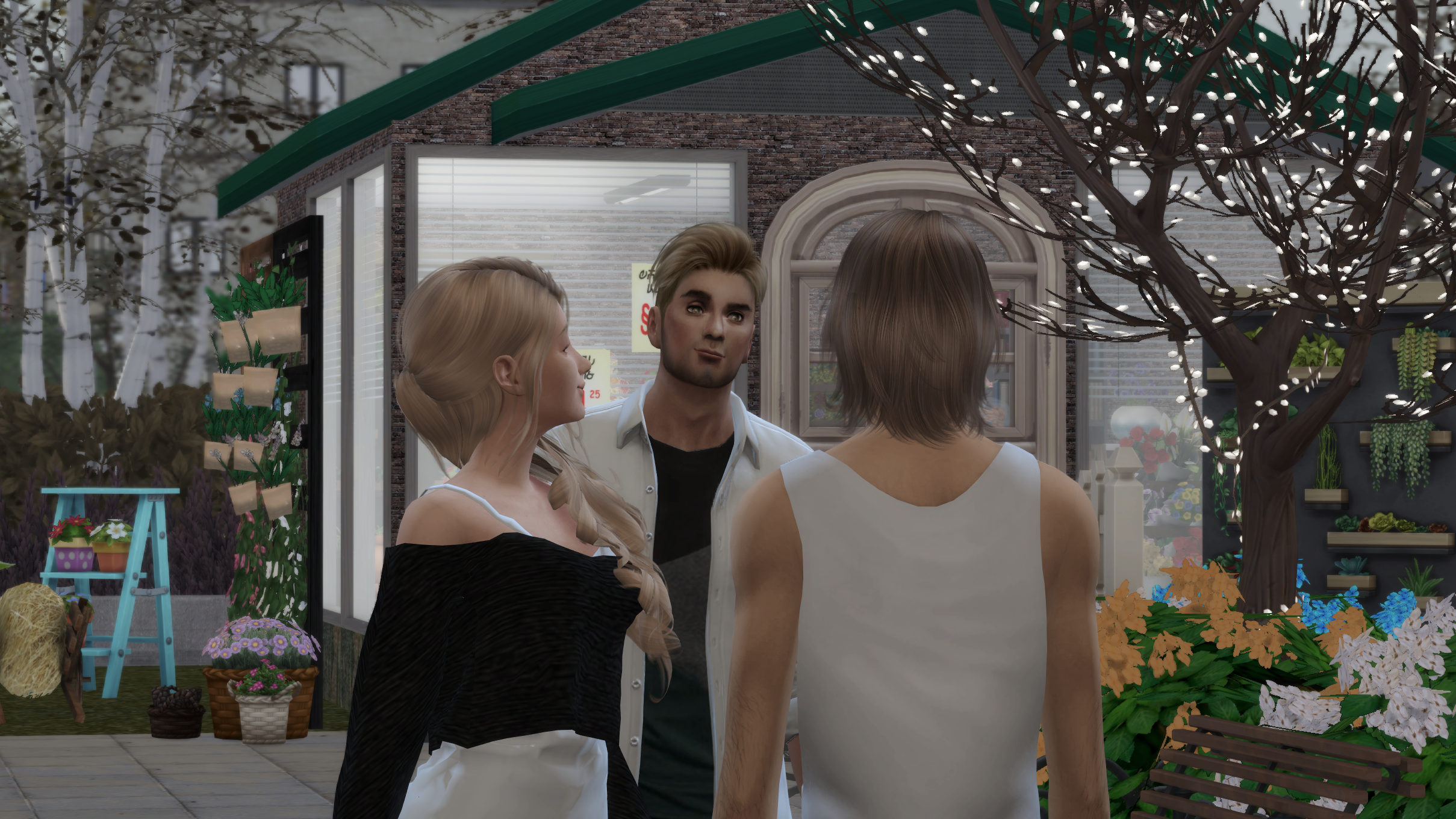 Reed nodded smiling and told her he’d go get changed and throw some hoops at the basketball court of the local gym, undoubtedly to bow out and give them privacy with a good excuse, while Blake was already pulling Hailey along with him to the parking lot of the grocery store, out of plain view of all the locals shopping.

“Honey? Are you fucking kidding me, Hailz?!” Blake laid into her as subdued as he could to not attract unnecessary attention.

“Yes, honey. What am I supposed to call him? Yo Dude?!” Hailey replied in kind. 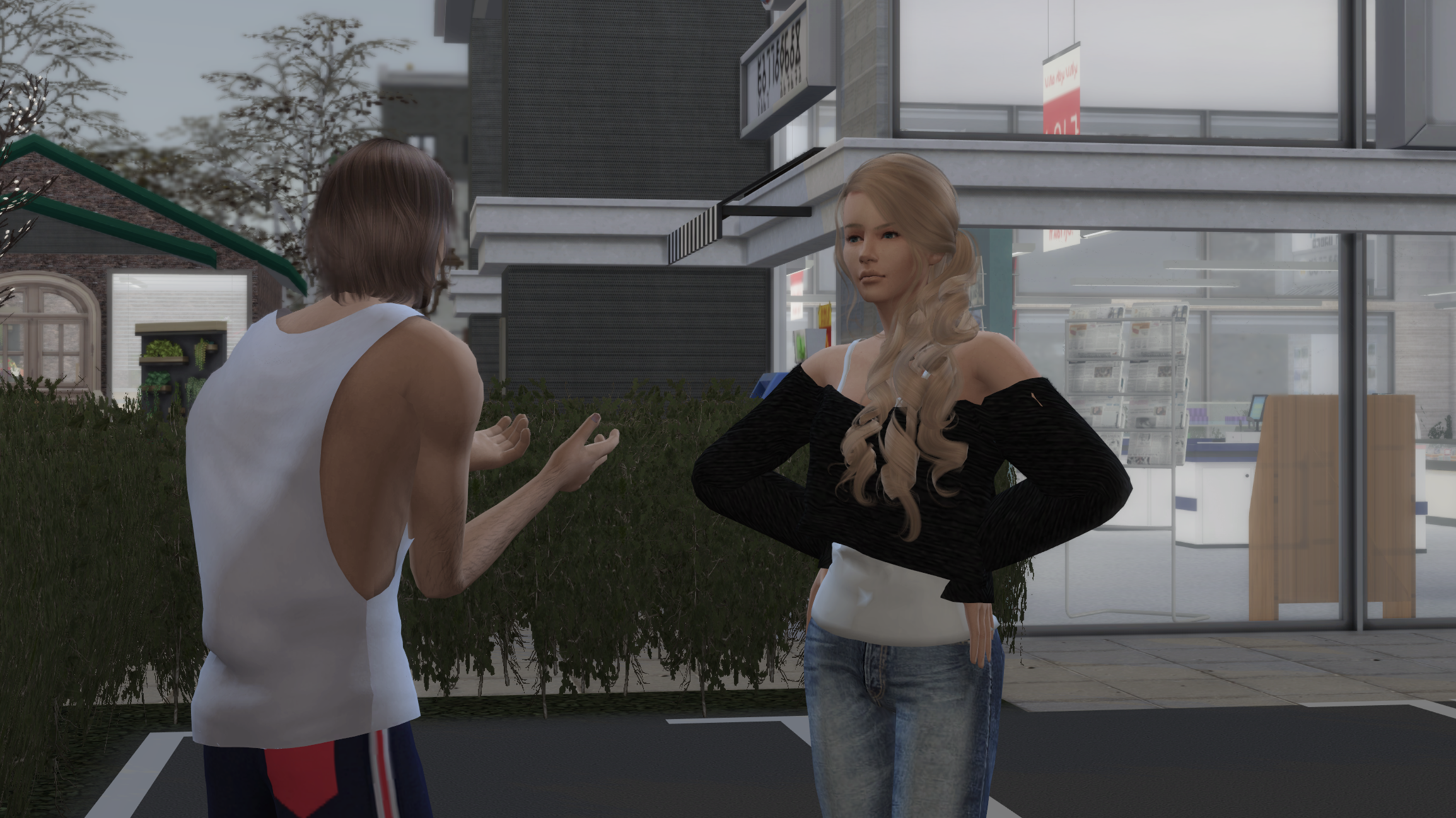 “How about calling him ‘your ex’ and another mistake for the journal?! You are not serious about wanting to marry that guy over there, right?” Blake was not amused in the least. 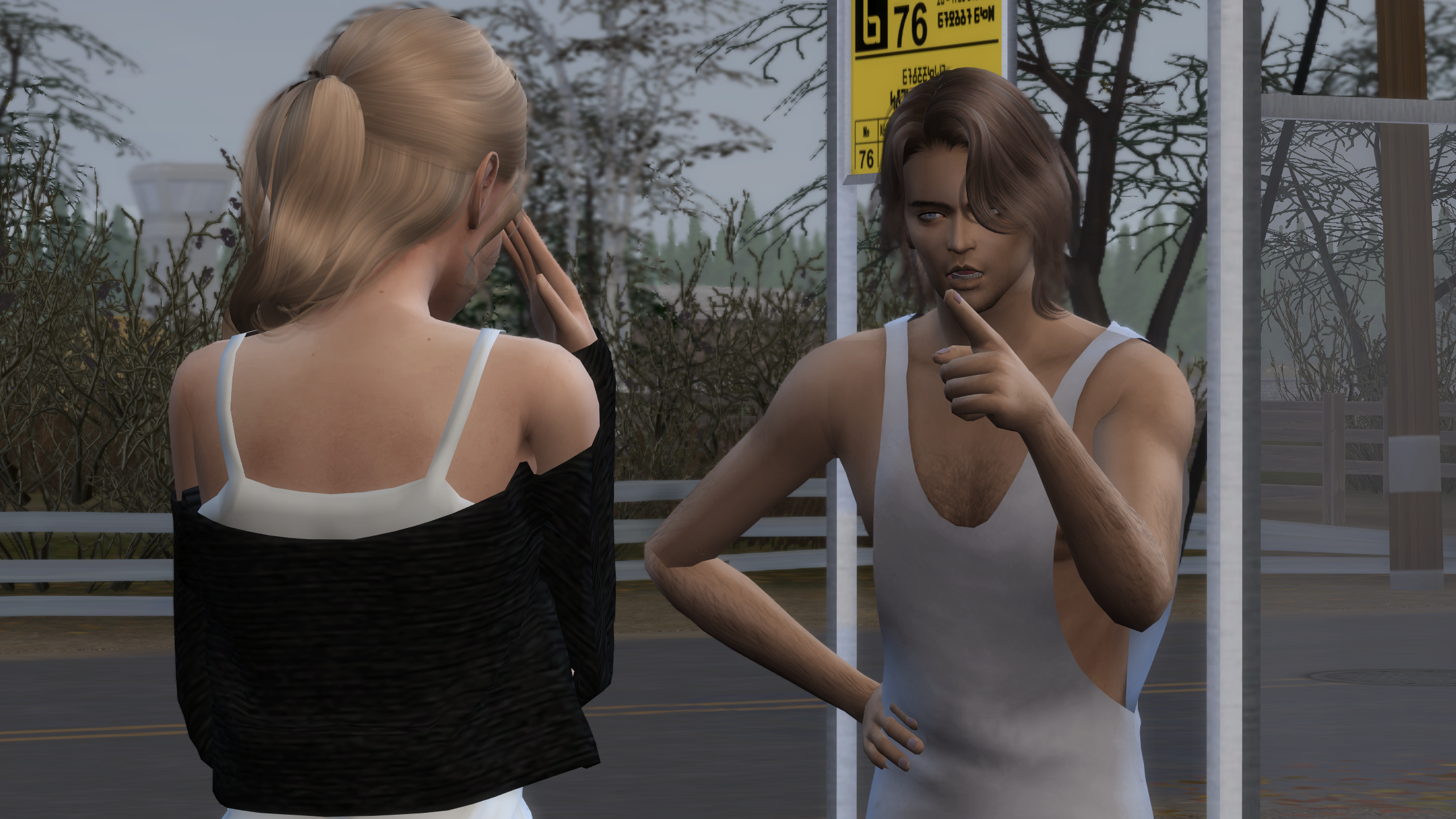 “That’s what an engagement is, Blake, a promise of marriage.” Hailey told him angrily.

“Thank you for the lesson, Hailey! I have had it with these charades! I have given you all the time in the world. You were upset, mad at me, and you probably had all the right to be. I dealt with that Mark-guy, I dealt with the parade of one-day-wonders that you insisted on bringing to the BBQ’s with our friends at Everett Heights before and after Mark, but you ghosting me after our last night together only to present me with some random dude as your fiancé is just too much! You need to stop that! You have taken this too far! Enough already!” Blake was very upset. 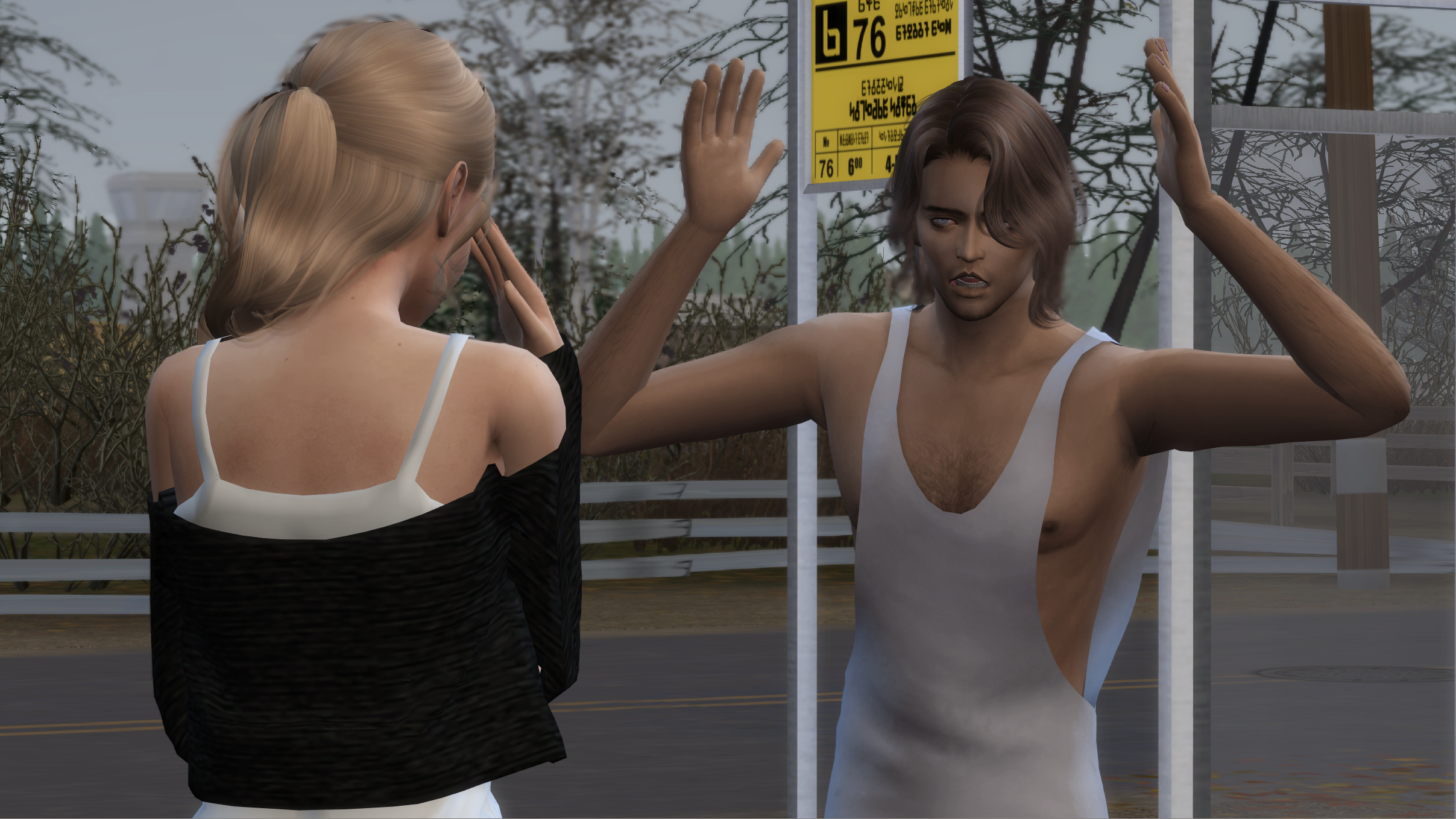 “Your delusions of grandeur never seize to amaze me! What gives you the right to get so bend out of shape about what I do with MY life?! And I wasn’t aware that it is customary to run potential future husbands by your ex-boyfriend for approval!” Hailey was angry now. 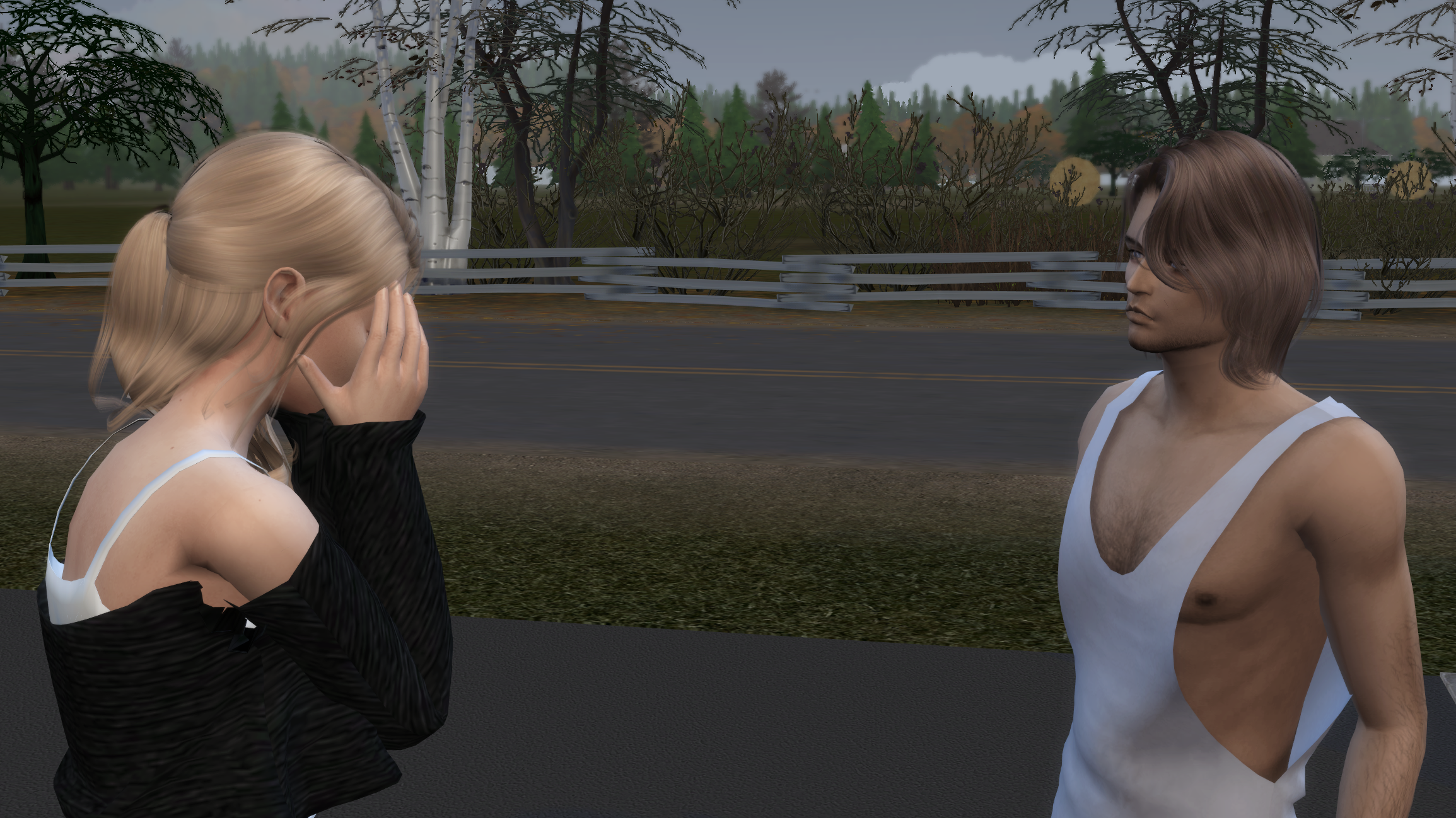 “No, but maybe by your friends, who are still capable of using logic and brains.” Blake’s reply oozed sarcasm. 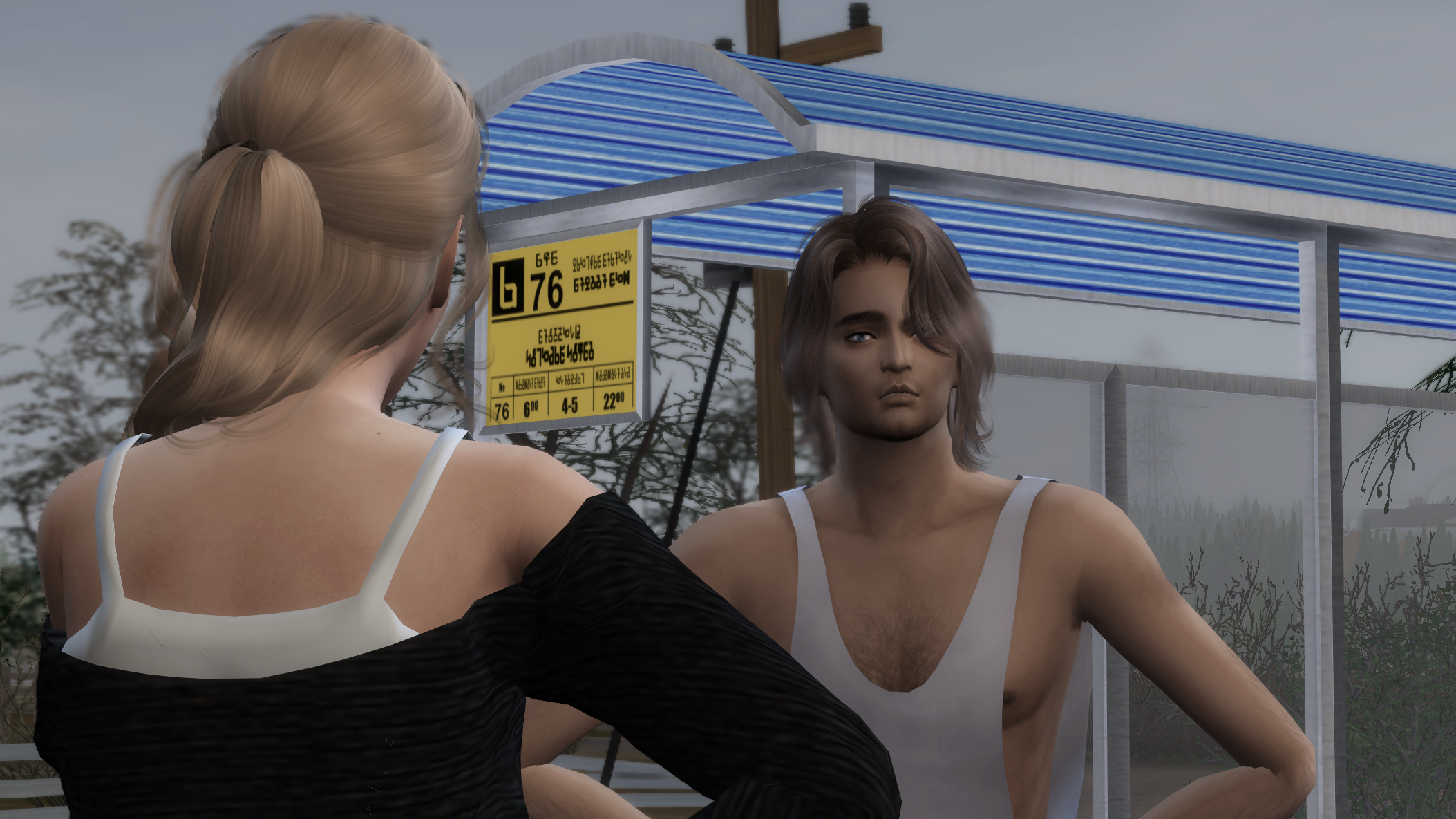 “Wouldn’t that immediately disqualify YOU!?” she replied in kind. 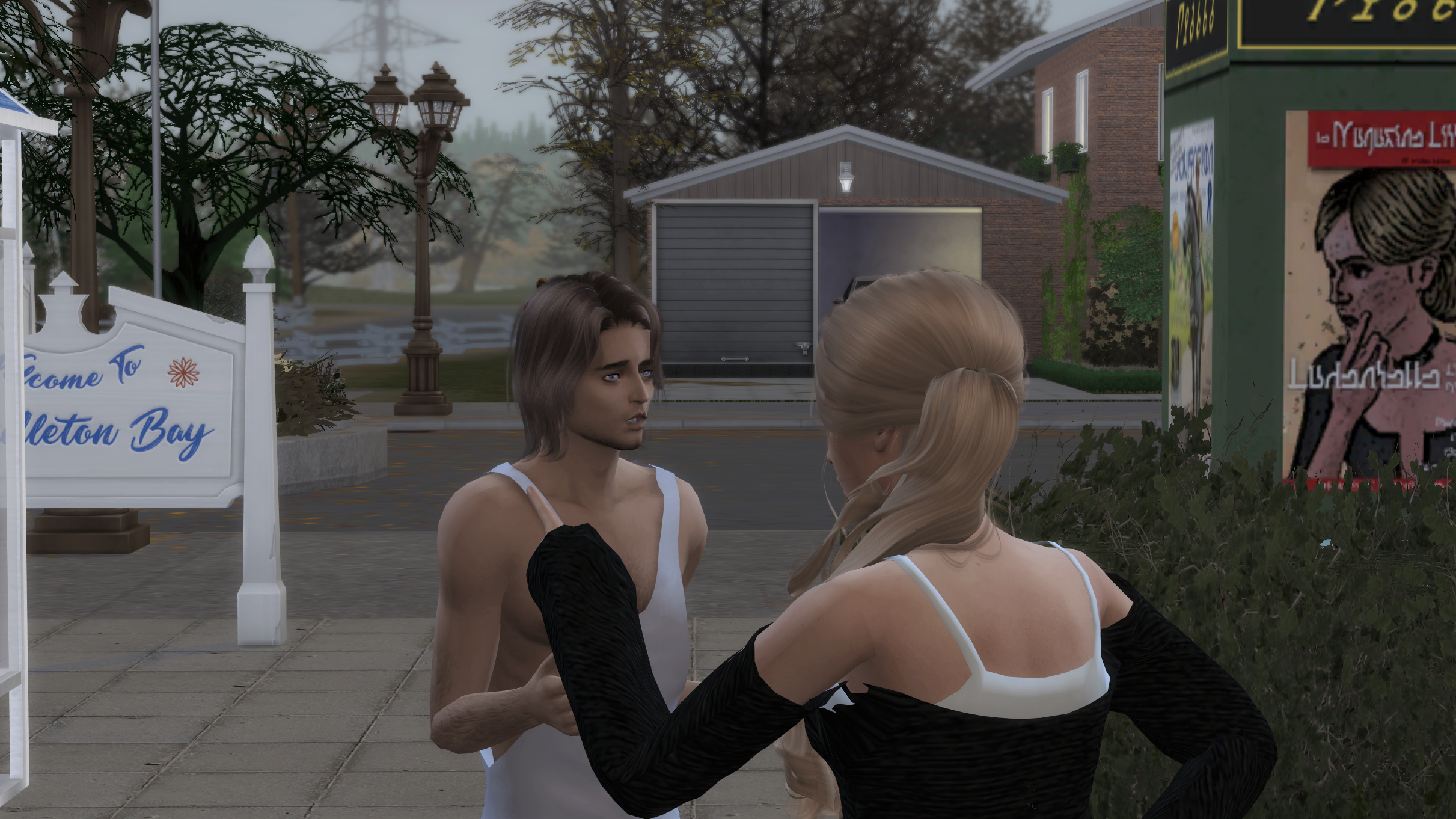 “Wow. You are really out for combat about this. Seems like I am not the only one who changed, except, not everybody here present changed for the better.” 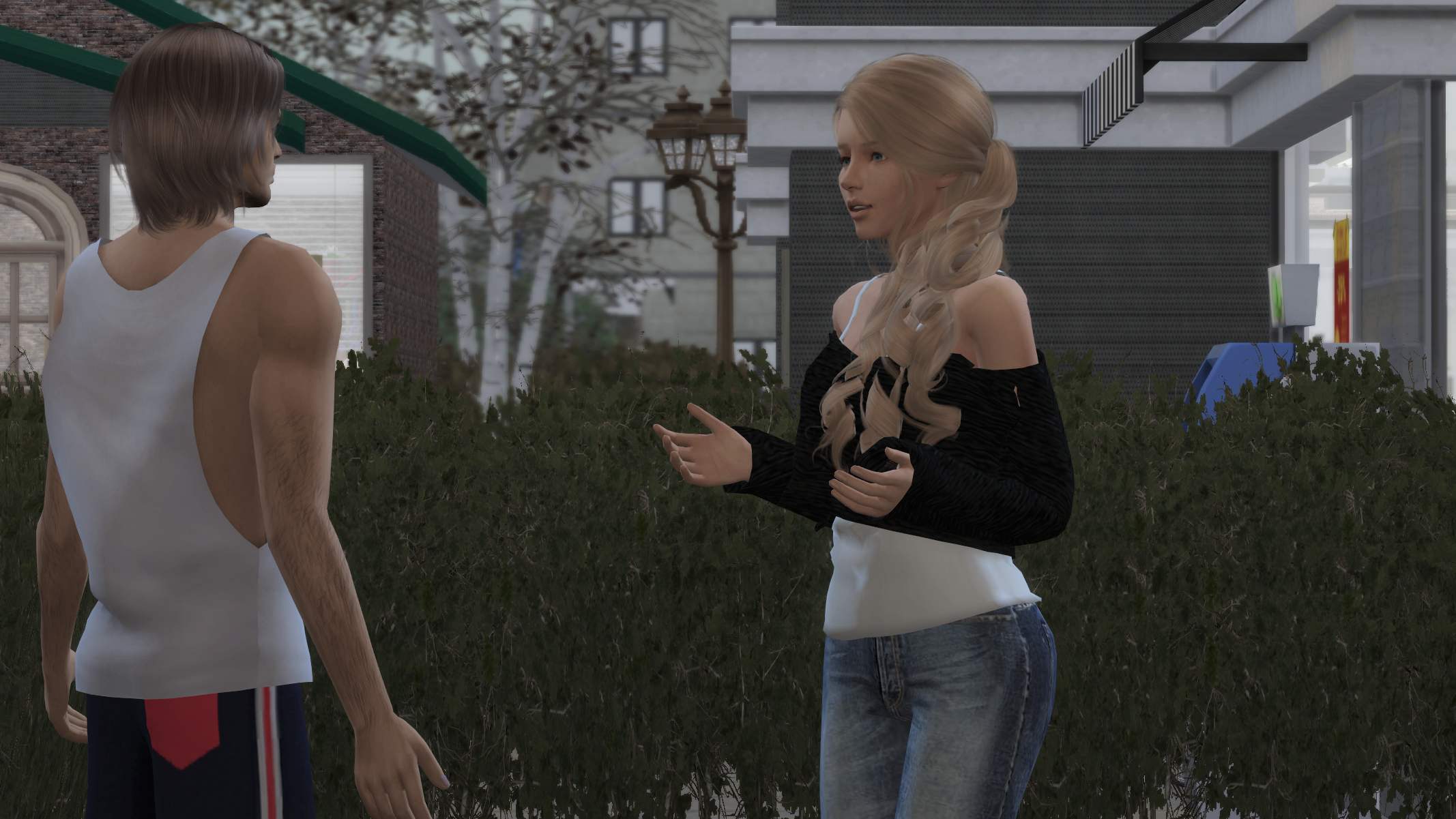 “Oh, I have changed. Reed is a successful engineer. Very accomplished man who knows what he wants in life and works diligently to attain his goals. So I definitely upgraded my standards.”

“To what? Gold-digging bitch?” Blake landed a solid punch. 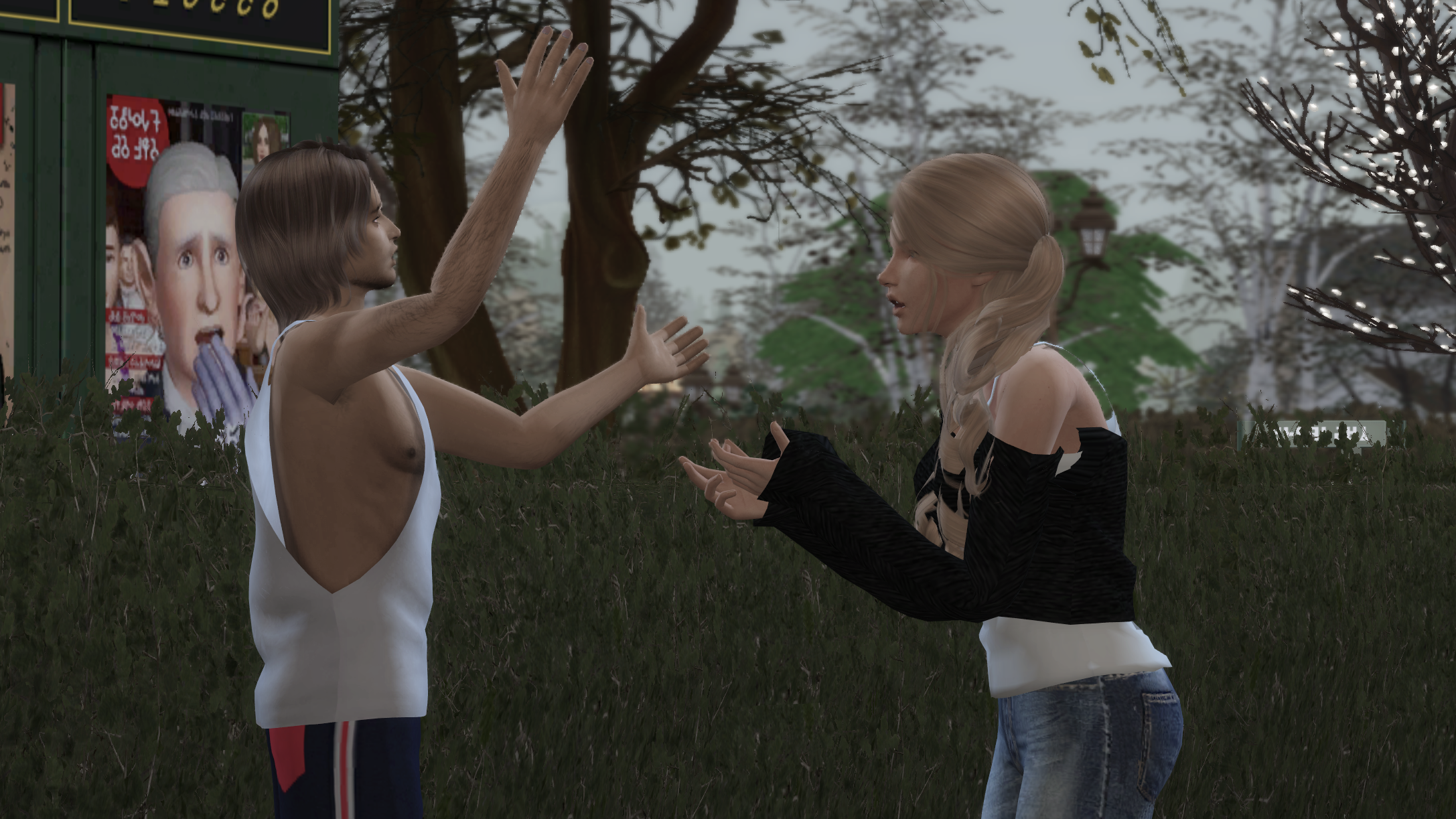 “No wonder you cannot stay away from me then, sounds like right up your alley!” Check mate for Hailey.

“Is everything all right here?” Reed stepped towards them now, suspiciously eyeing both. 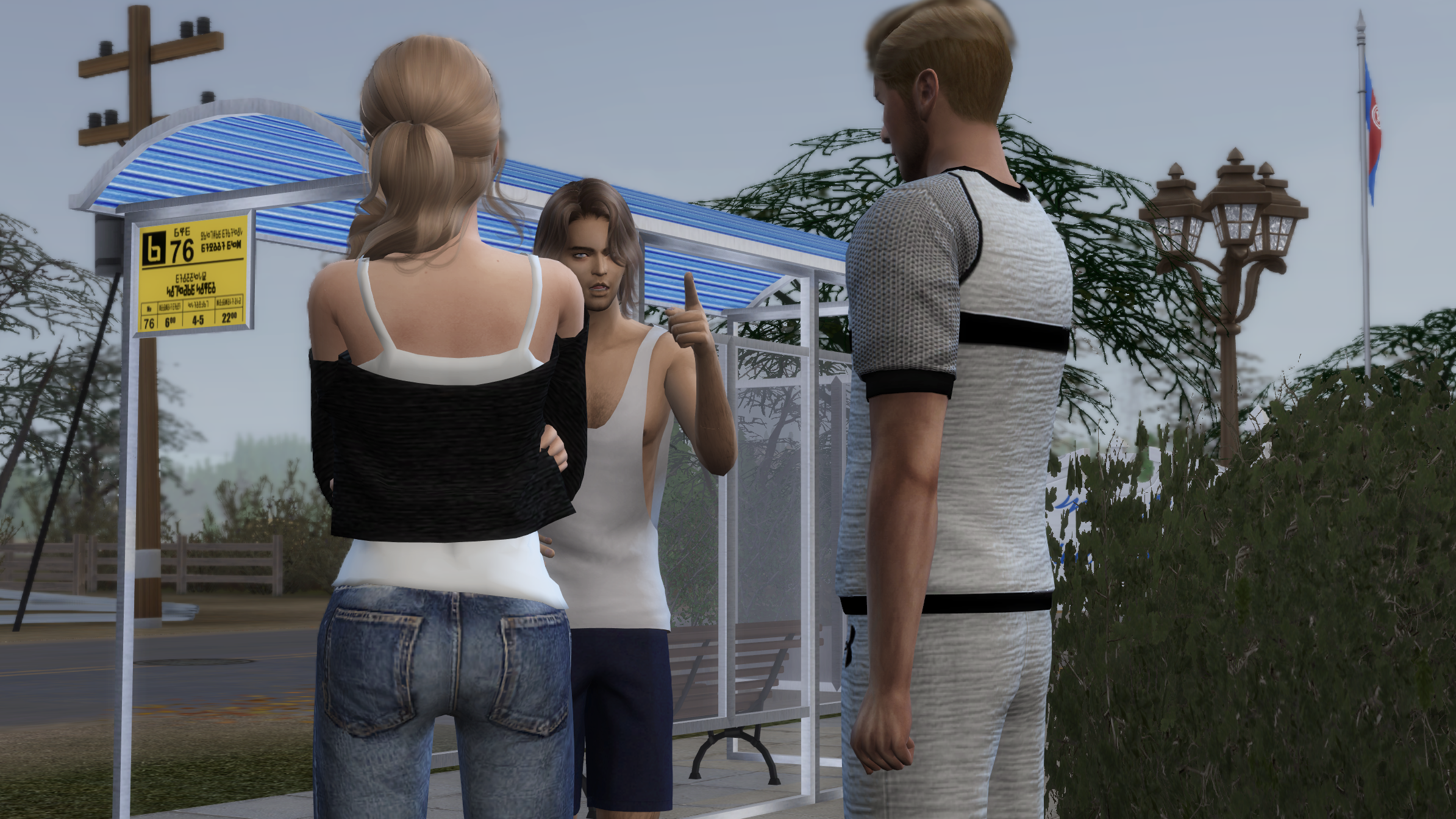 “Interrupt again and it won’t be for you!” Blake growled at him.

“Fine, go. Go with him. Marry him for all I care, so you end up divorced a few months after! He won’t make you happy either! You’ll see! Once the new wears off you realize something important is missing. You need to get your shit together, Hailz, cos right now I do not even know who you are, but you are not the girl I once knew!” Blake said bitterly. 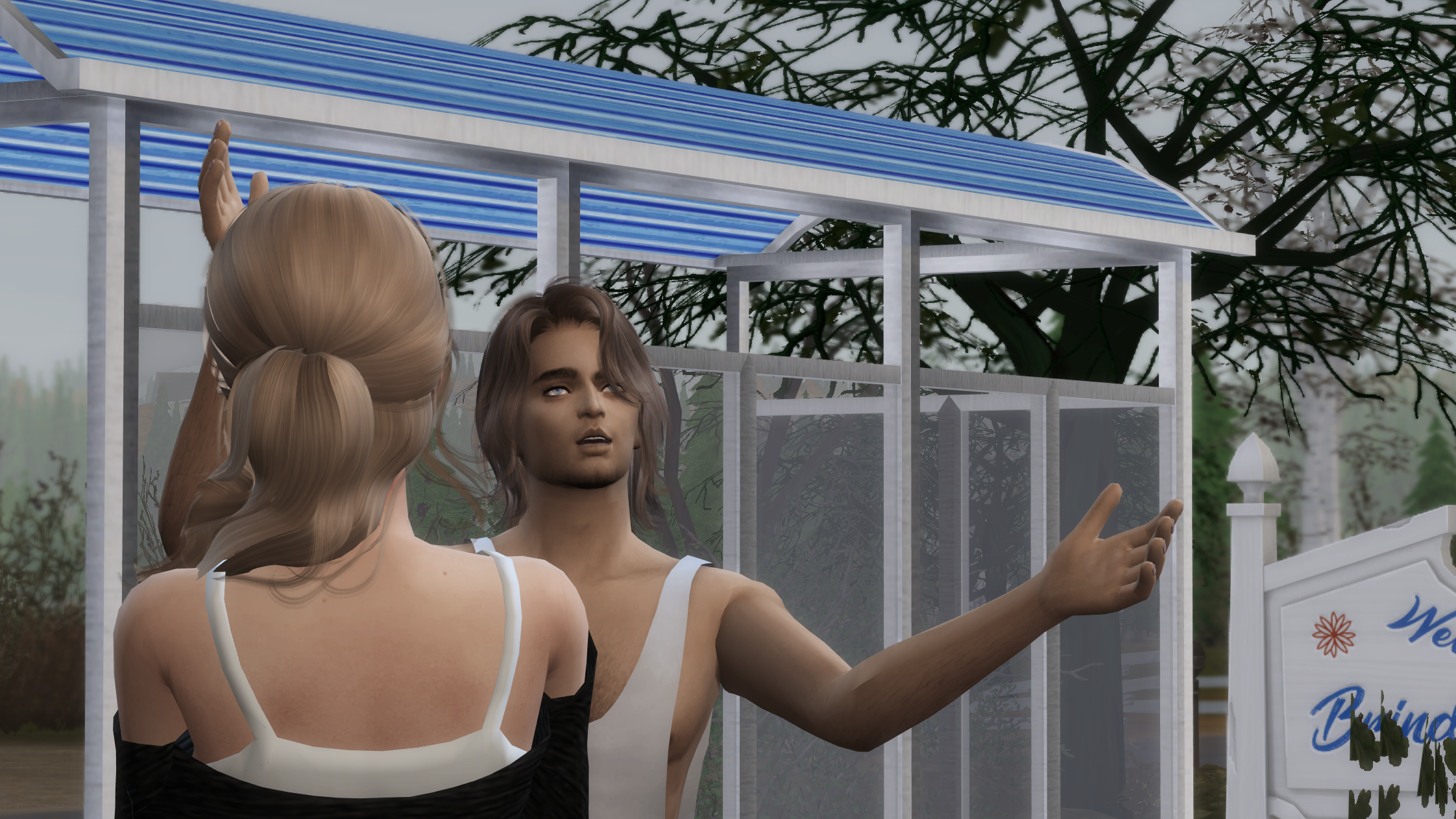 “Why don’t you go whore around with some brain-dead models or groupies to make you feel better about yourself?” Hailey hissed back at him.

“The only one I have been screwing around with over the past year or so is YOU, if I happened to catch you in between lovers that is! Although that rule seems kinda fluid in your book, too!” Blake growled now. 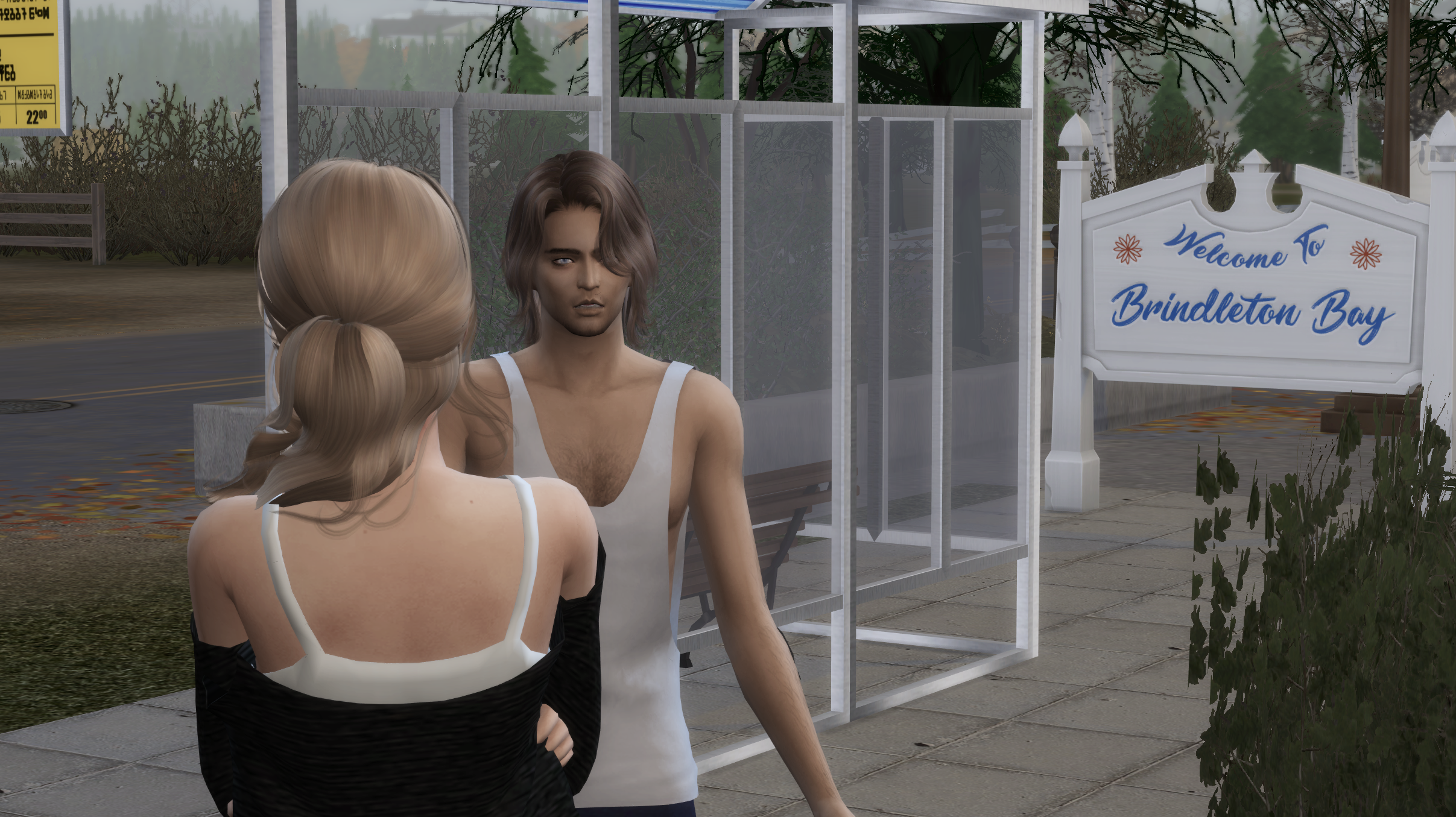 “Wow. I think this needs to stop …” Reed seemed uncomfortable.

“Stay out of this, Reed!” Hailey warned him. 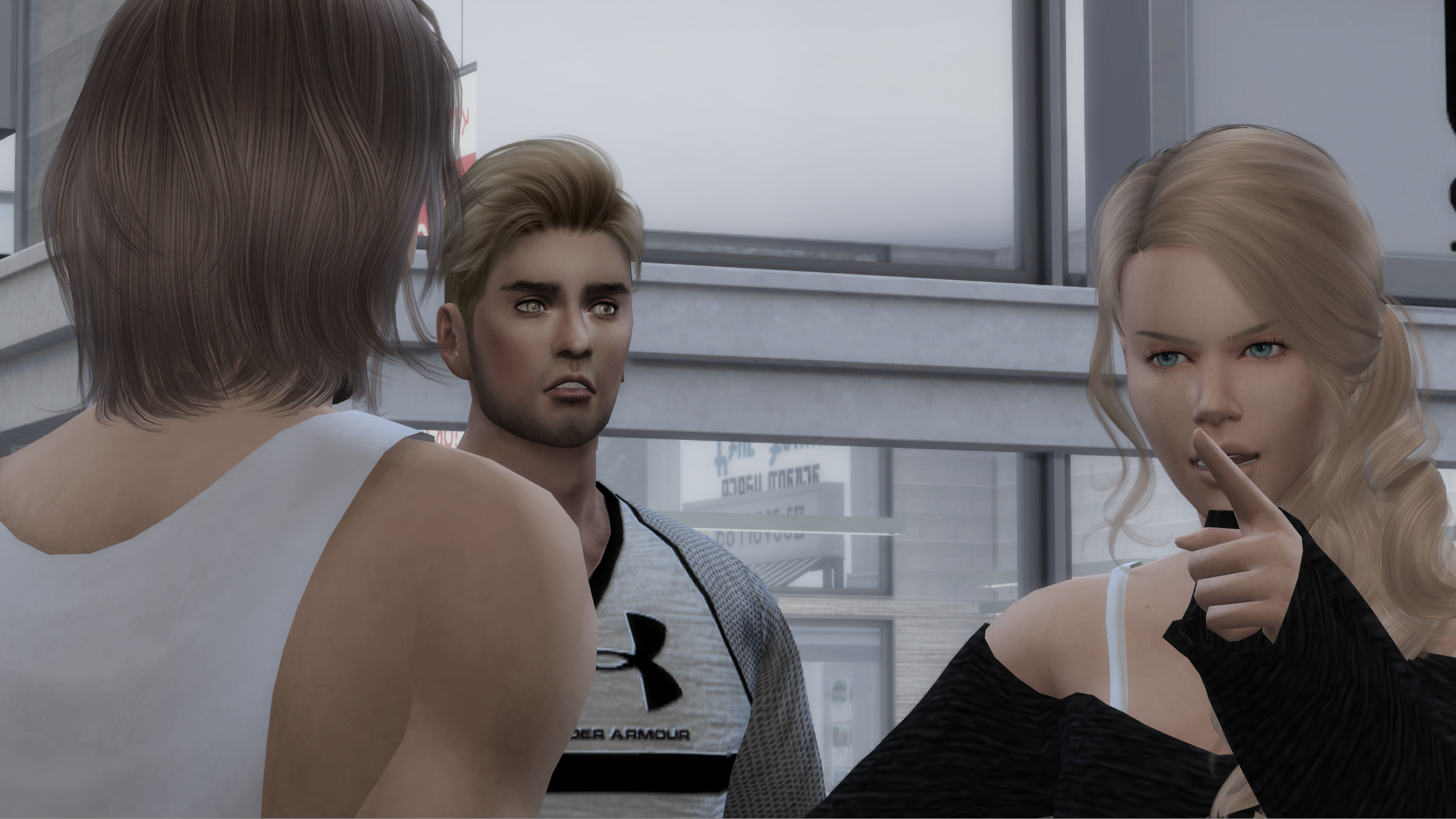 “Oh yeah, you should be shaking in your boots, Reed, because scary Blake here is going to fight you – or should I say loose against you? Again and again, because he never learns!” Hailey mocked. 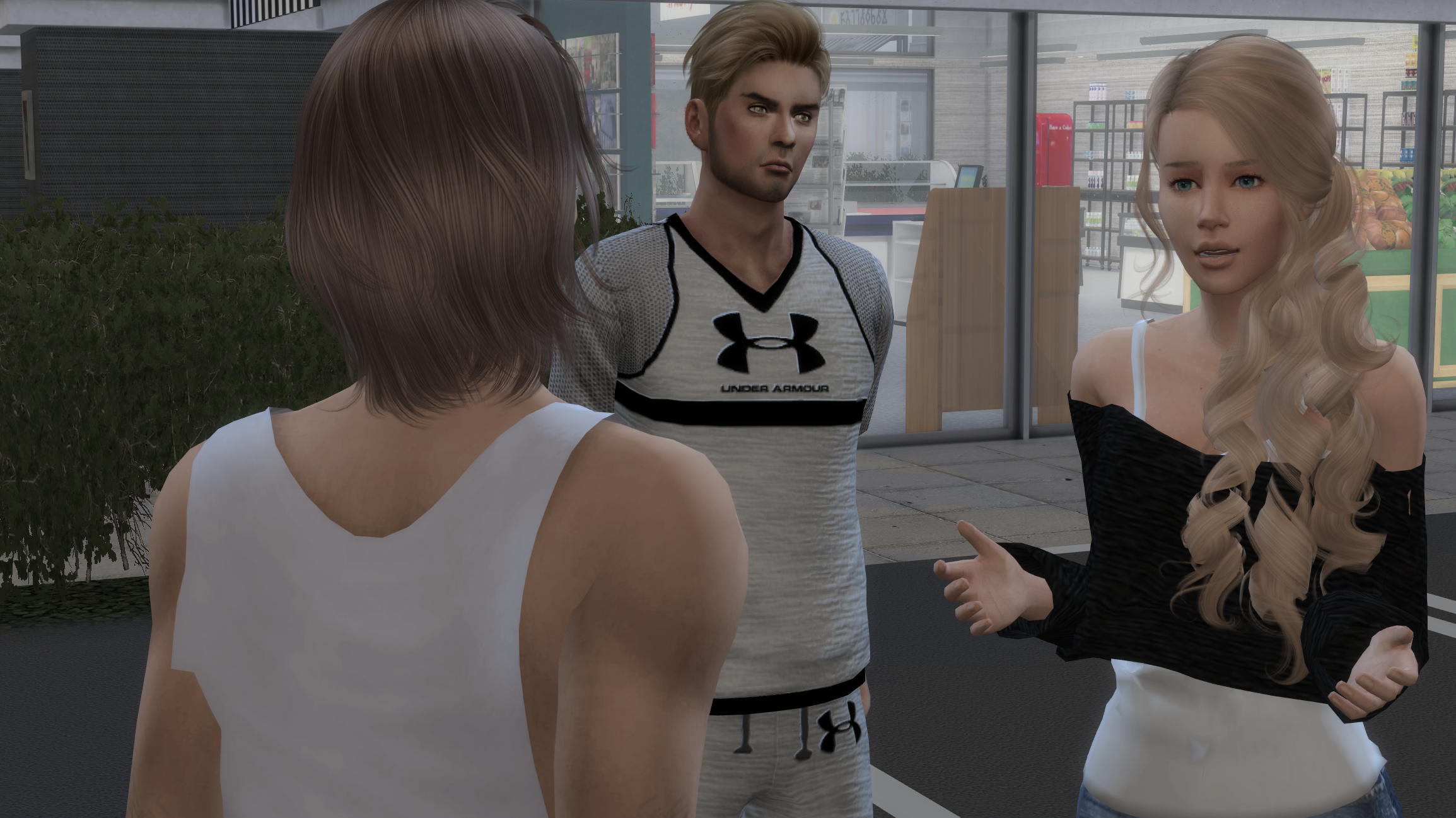 “At least I never give up, unlike others present who run at the first sign of adversity, but talk a big game from their high horse!” Blake countered. 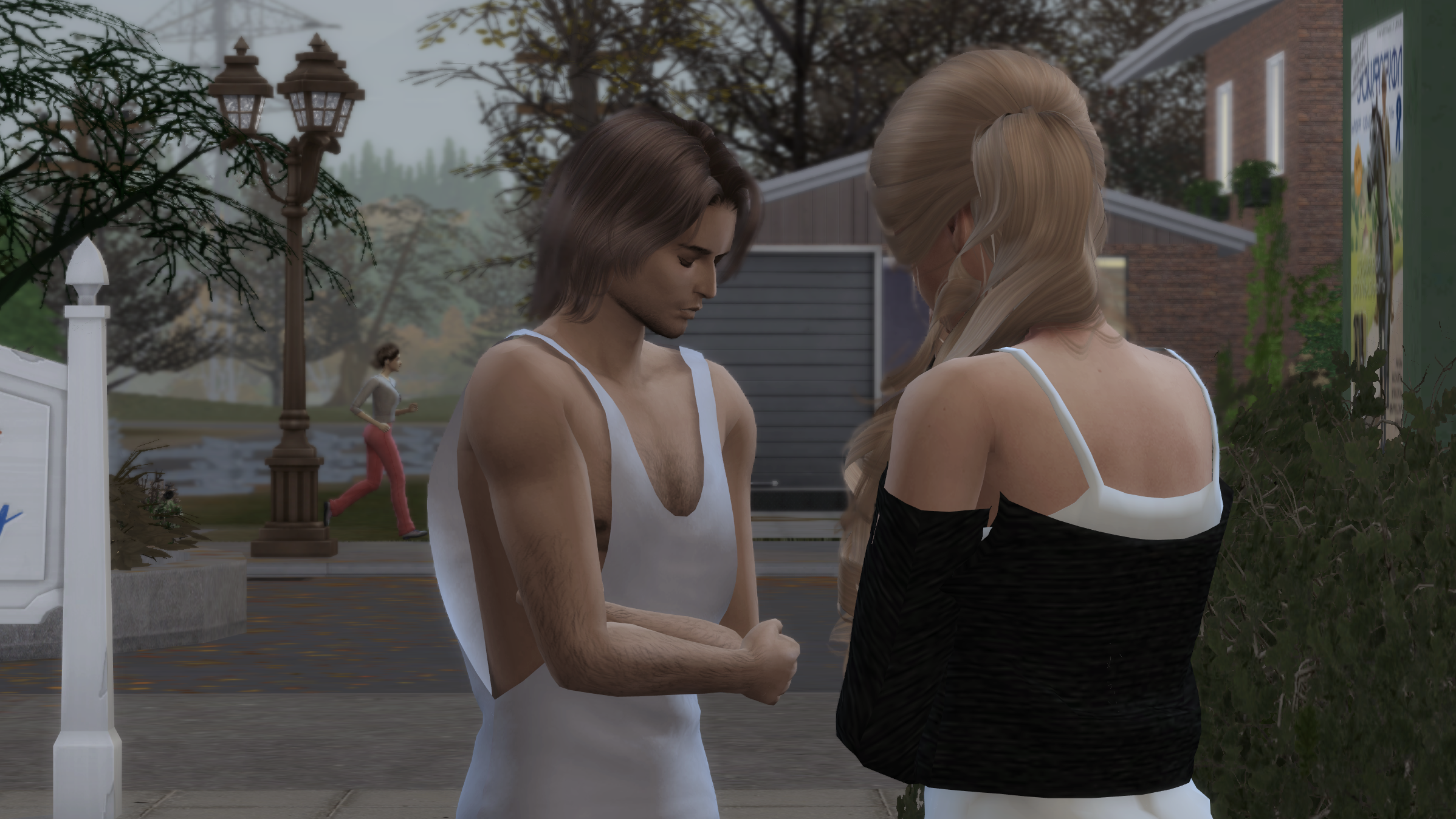 “Guys, I do not know what is going on here but people are staring.” Reed interjected. 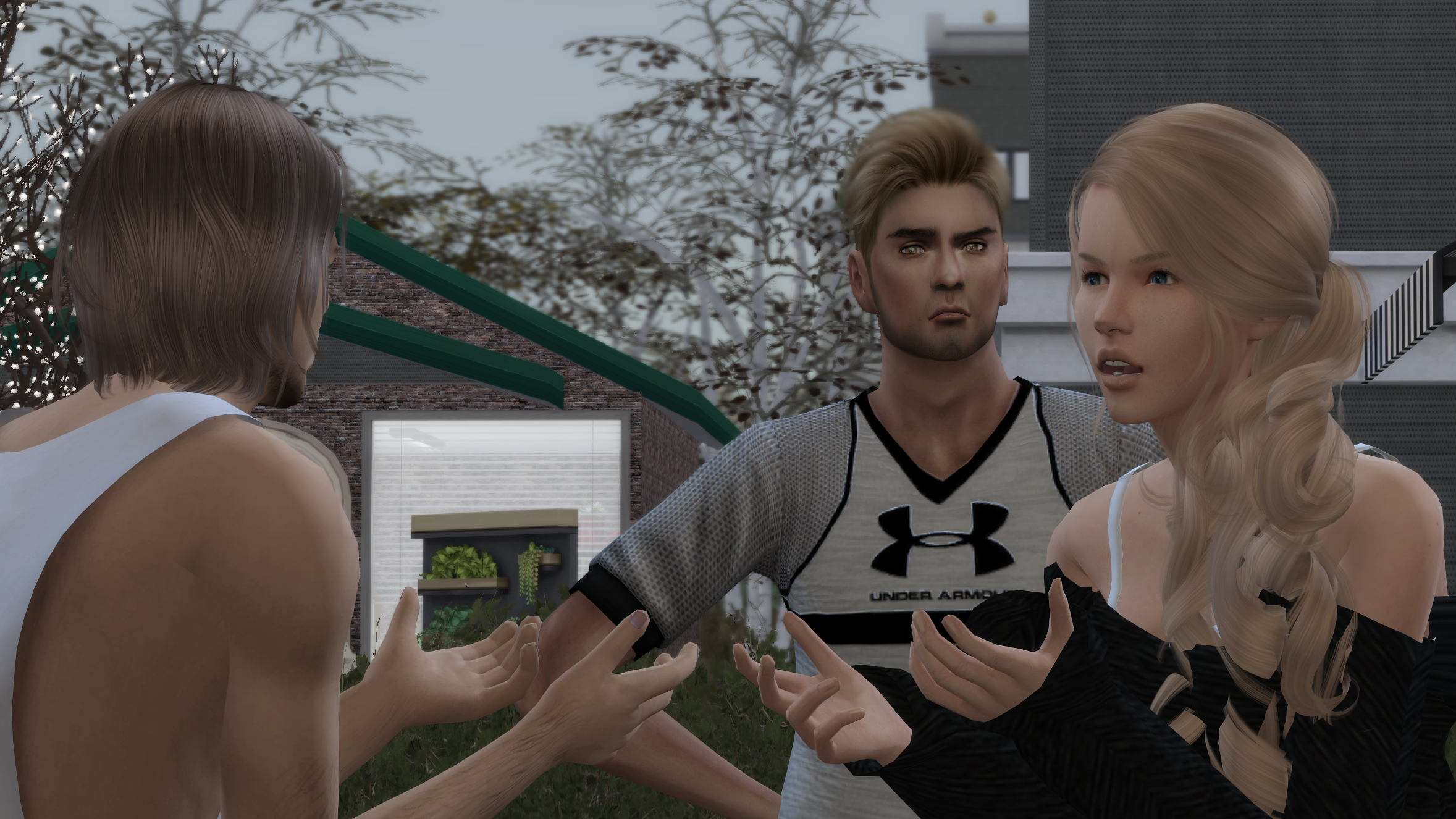 “So let them! Afraid of a little unwanted attention?!” Blake yelled at him.

“Blake’s favorite kind! Lot’s of drama! He thrives in it! Lives for it!” Hailey said loudly. 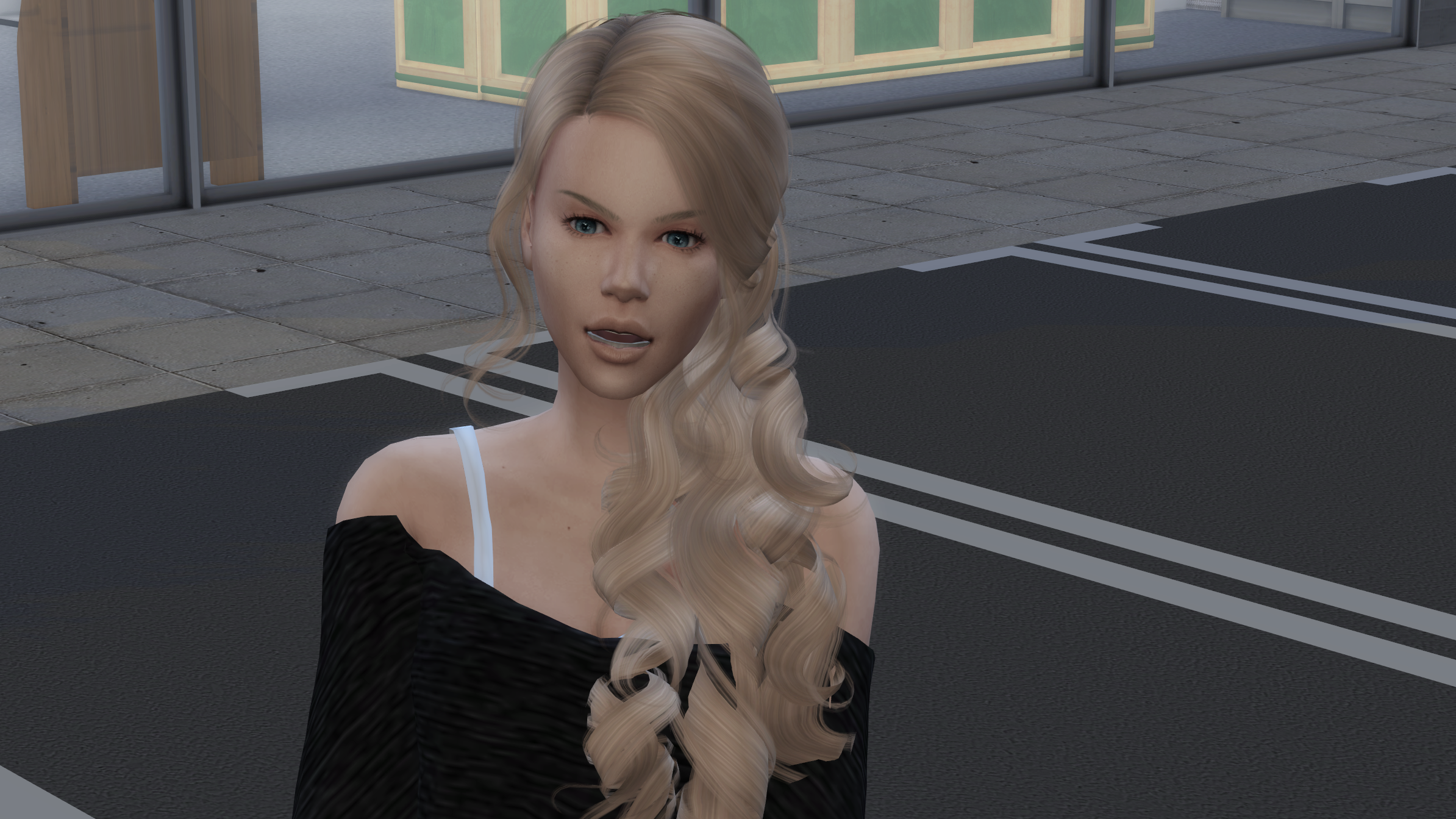 “Fuck you, Blake!” Hailey hissed at him. 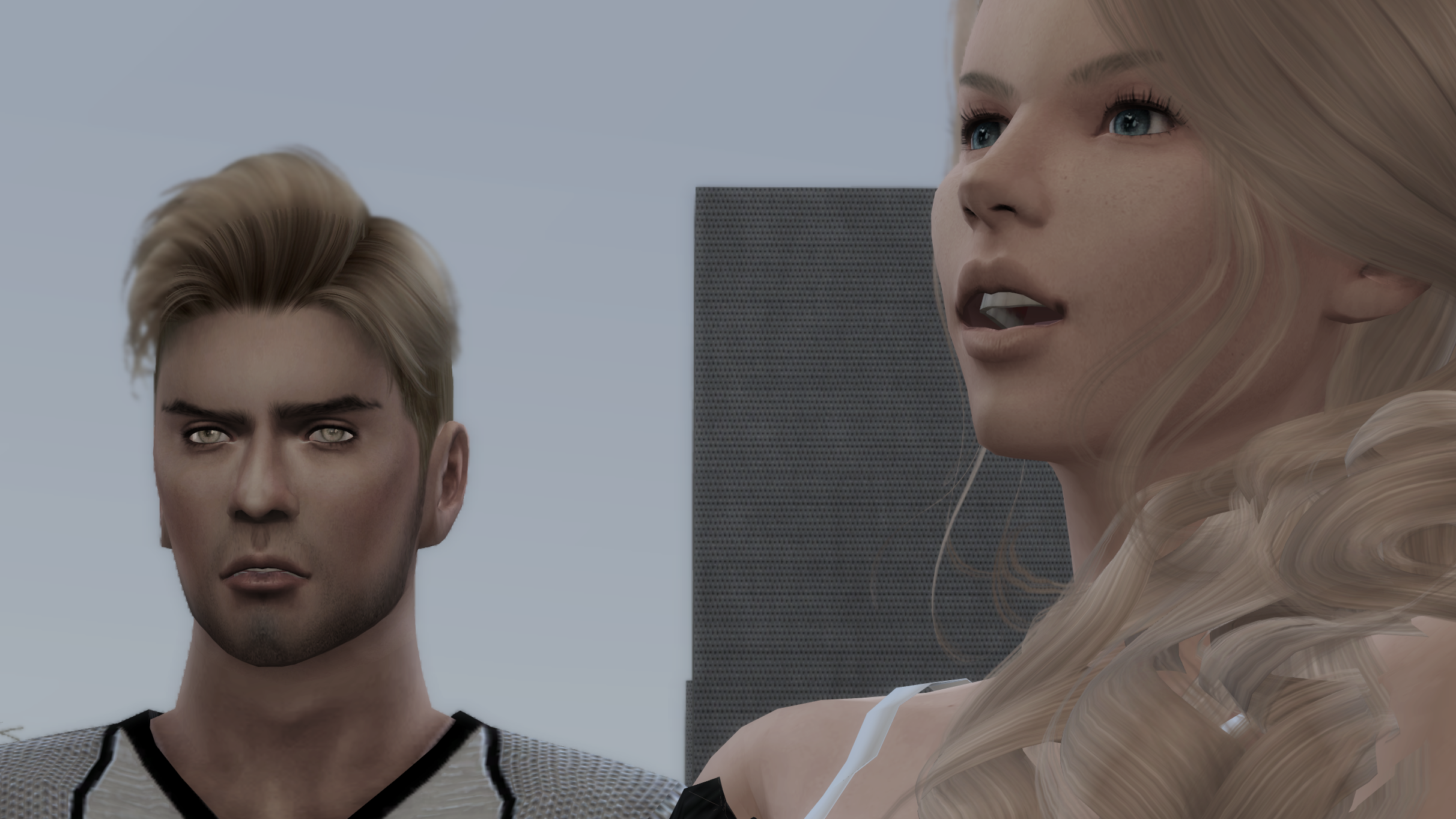 “I am sure you will, we’re way overdue!” Blake retorted.

Hailey just huffed angrily turned on her heel, Reed barely kept up with her for the first few steps, leaving Blake standing in his pain. 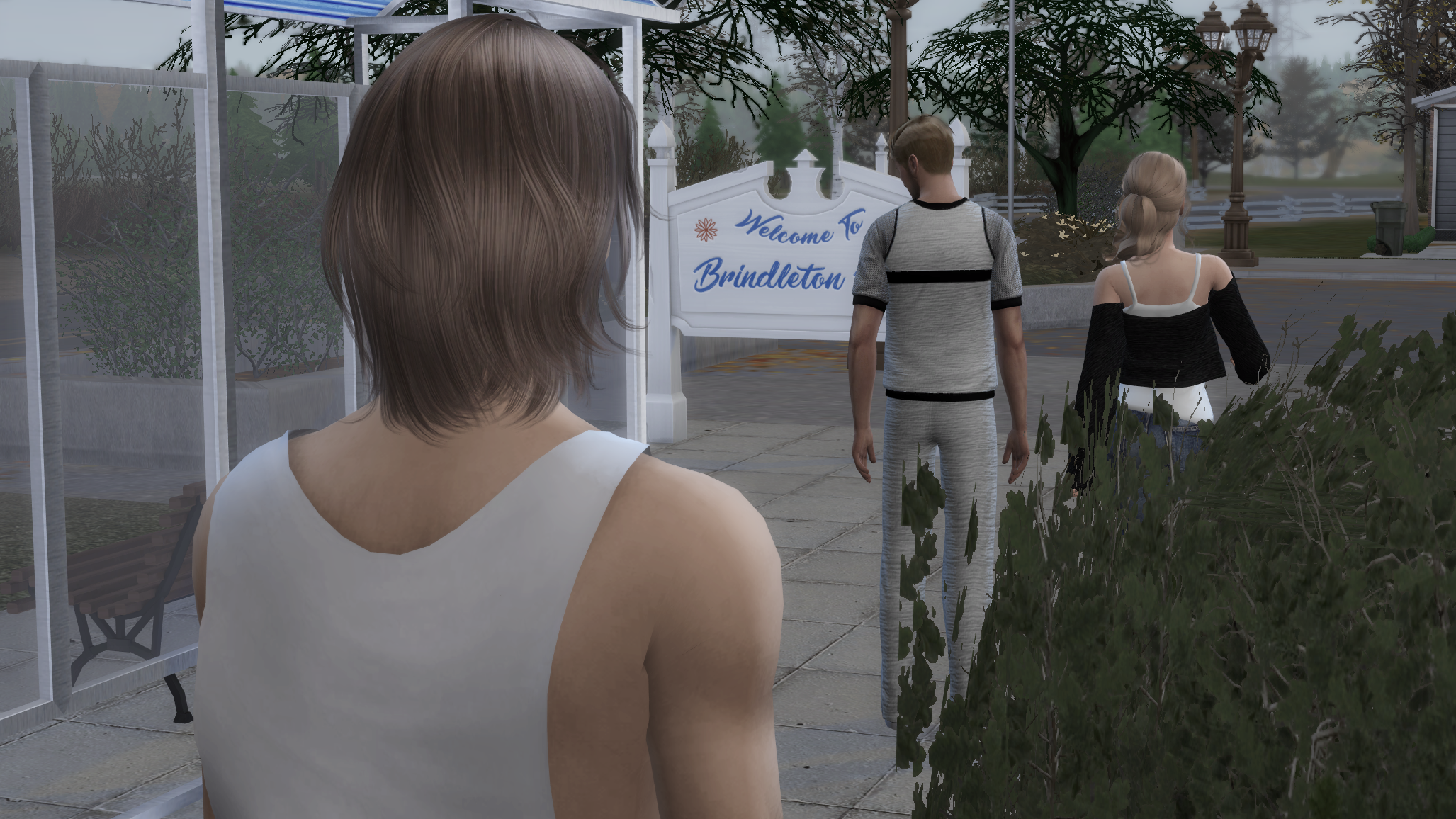 “What the hell just happened?!” Blake said to himself. 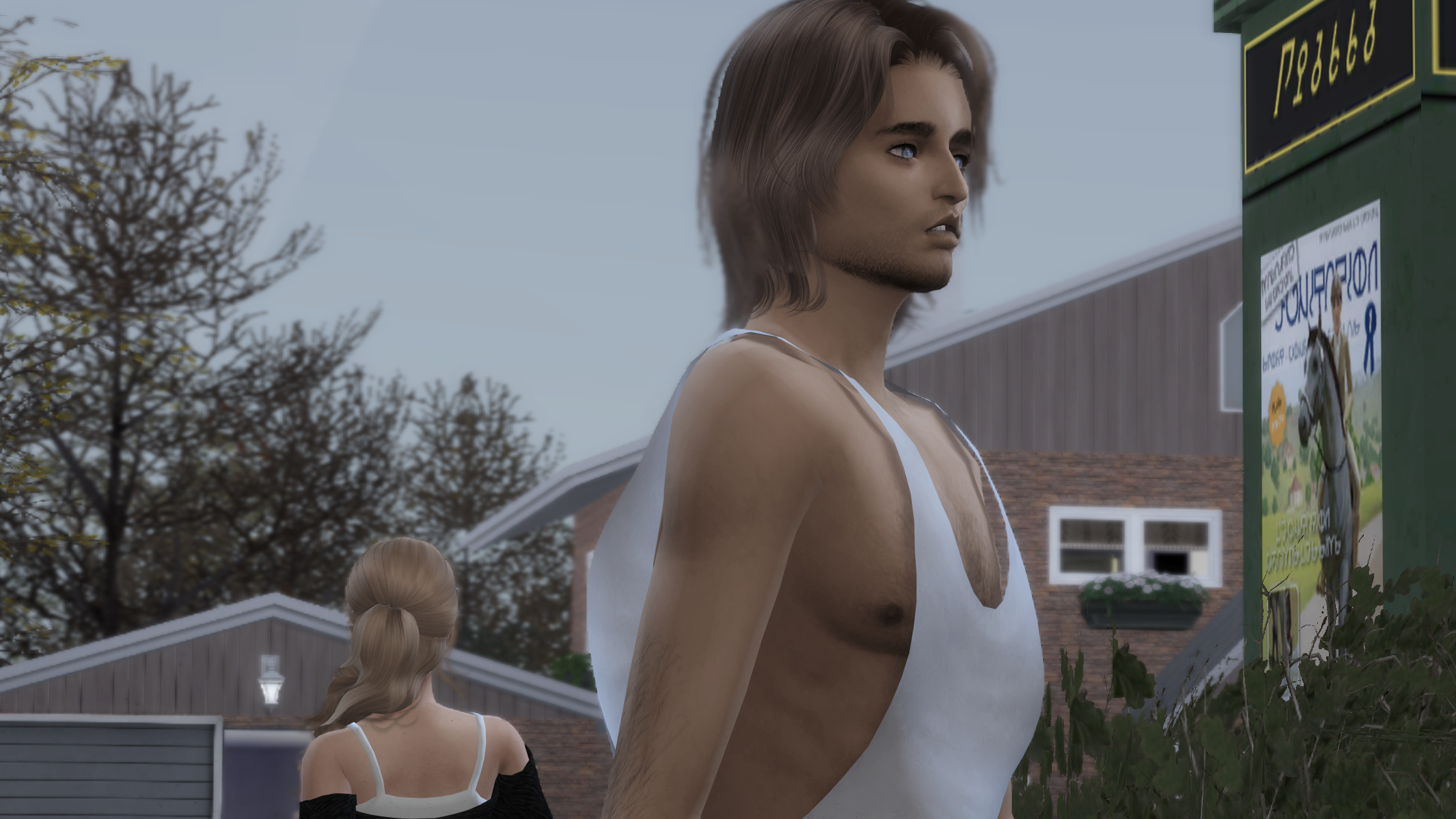