An early morning sunrise over a beautiful beach scene. They had just arrived from the airport and walked into their two bedroom cabin.

“Ethan, would you look at this.” Blythe swooned pointing outside. 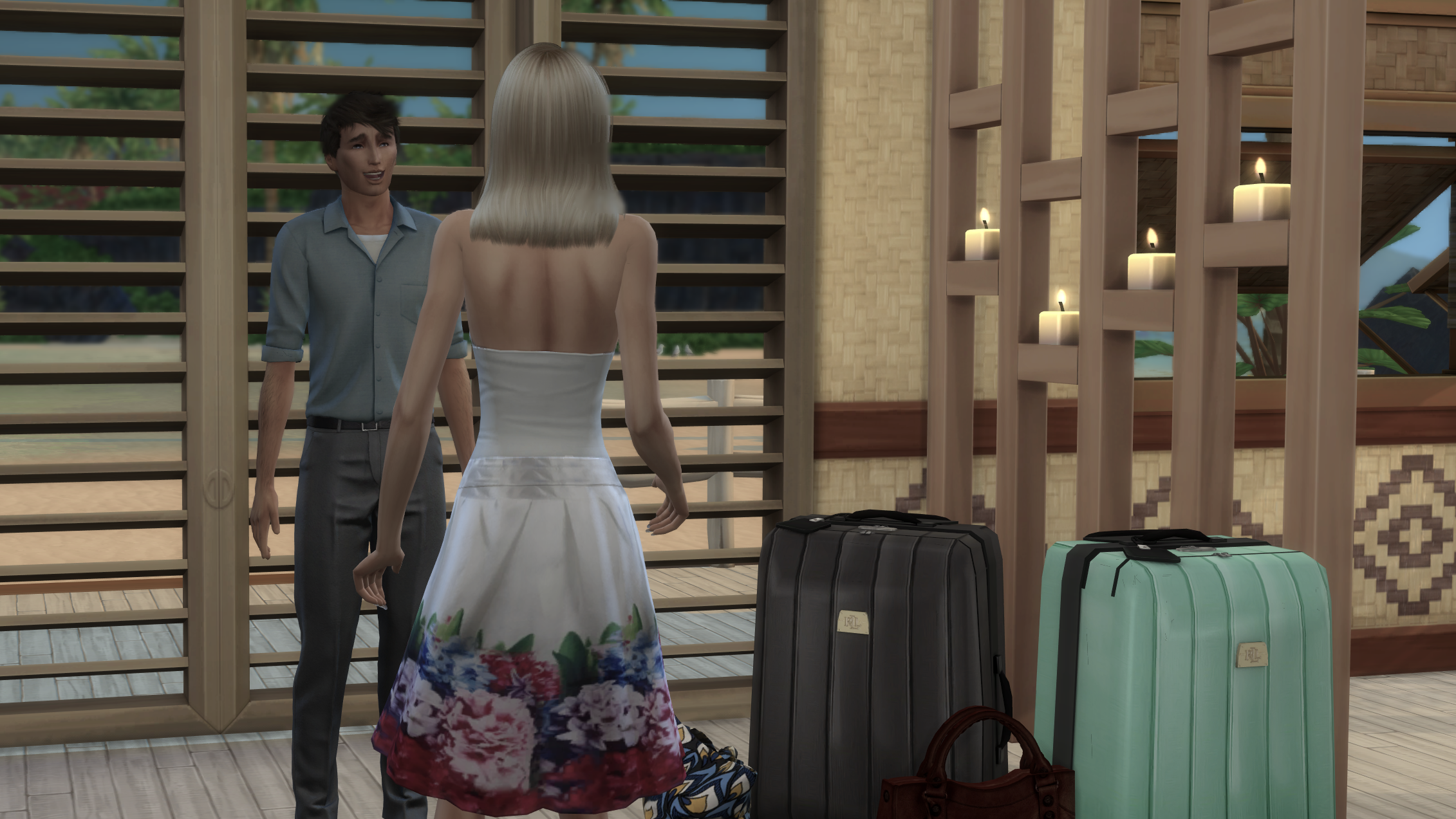 “OK, know what is missing on that beach? You and me. Please tell me you brought swim trunks. And not just paperwork.” Blythe had given him a few looks when during the long flight Ethan pulled out work documents and his laptop, smiling sheepishly over at her, rolling her eyes.

“I could not be more proud. Put them on and let’s go.”

“Are we still married? Sure feels like it now. Can you check my back for marks from your whip-cracking?” 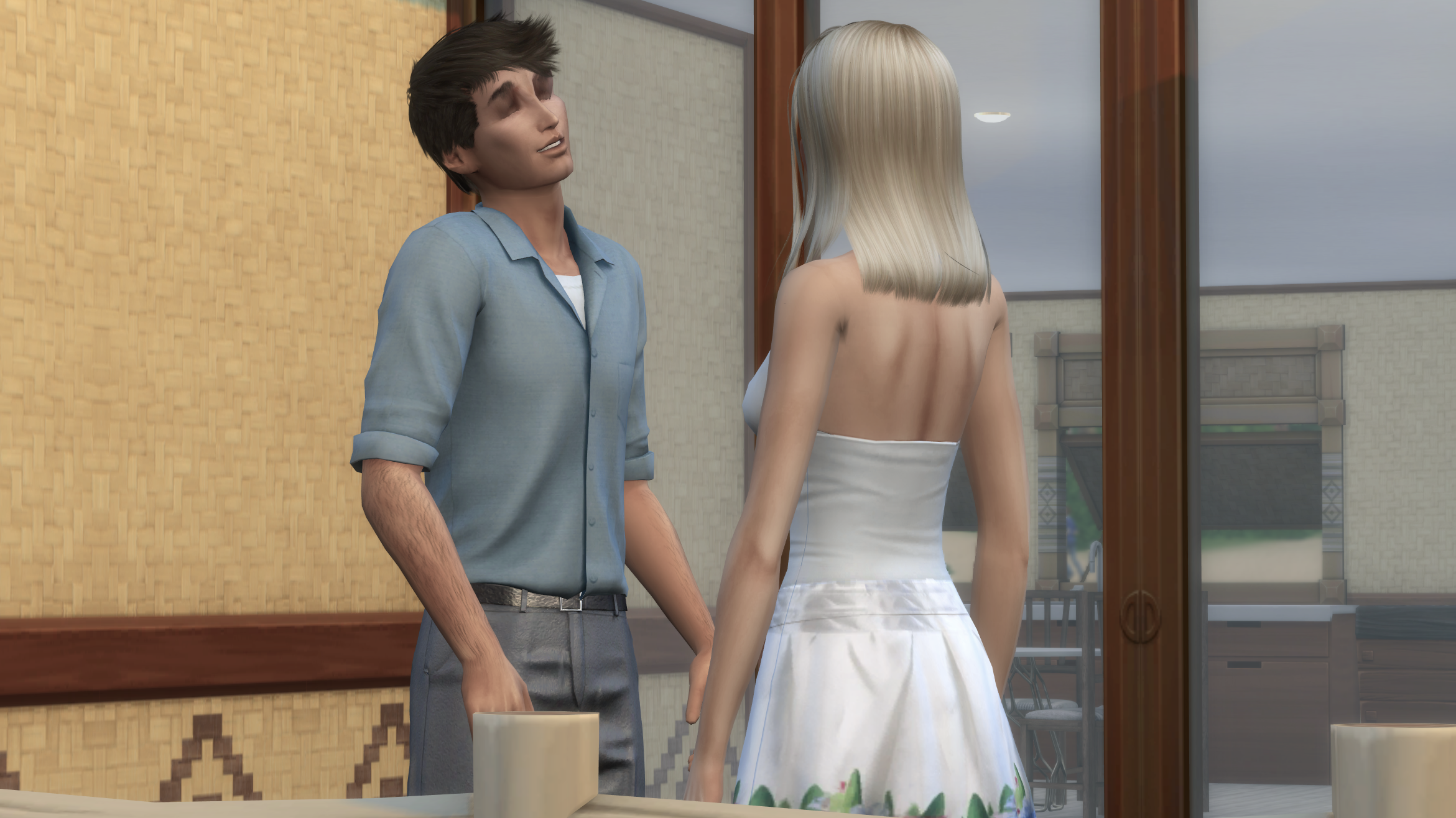 “You wish! Go get changed.”

Ethan laughed. Yes, this was what he had needed. Blythe was easy to talk to and they had conquered rough seas with humor, just like his parents used to.

The first four days flew by, were spent lounging lazily in the sun. 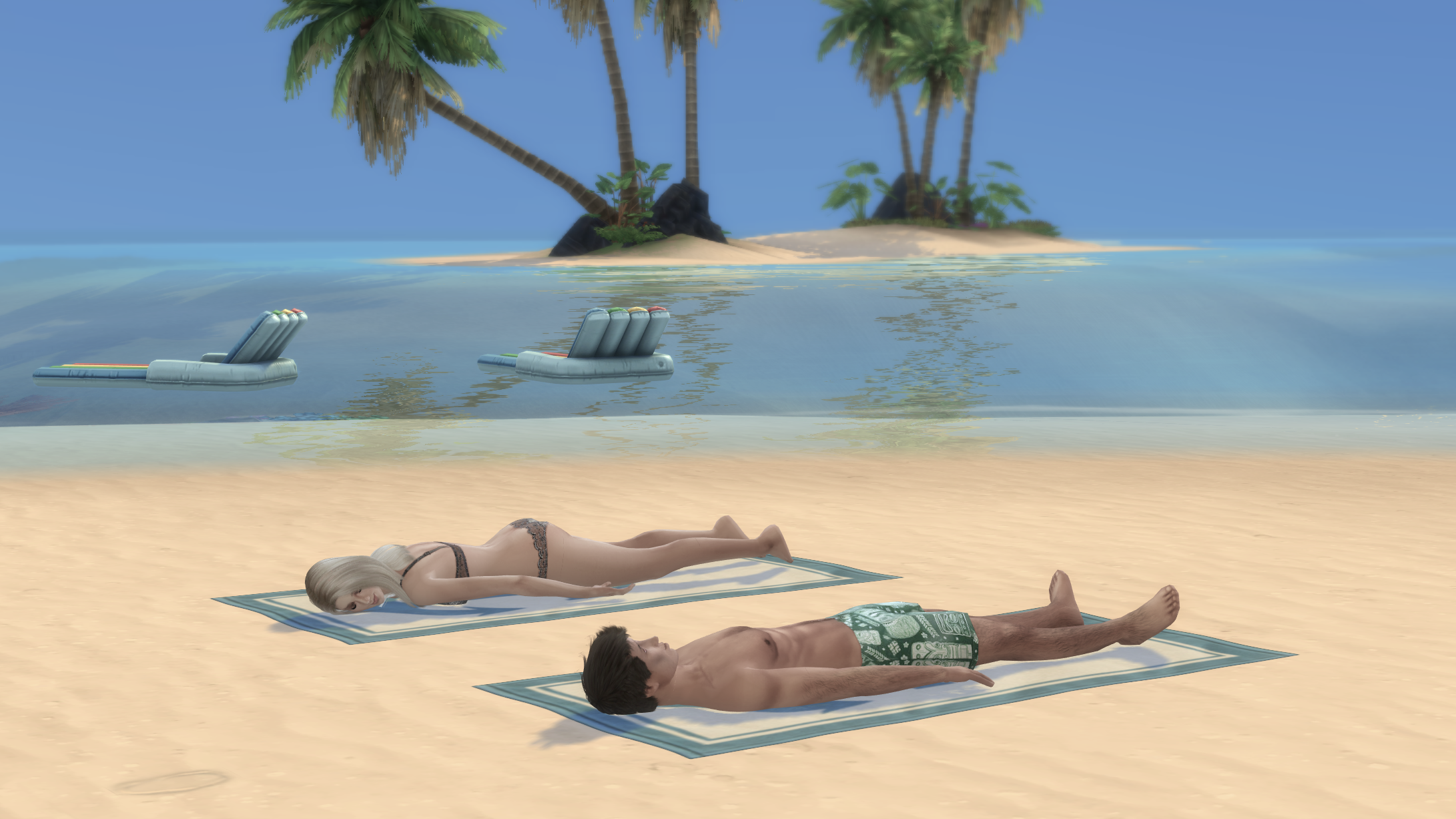 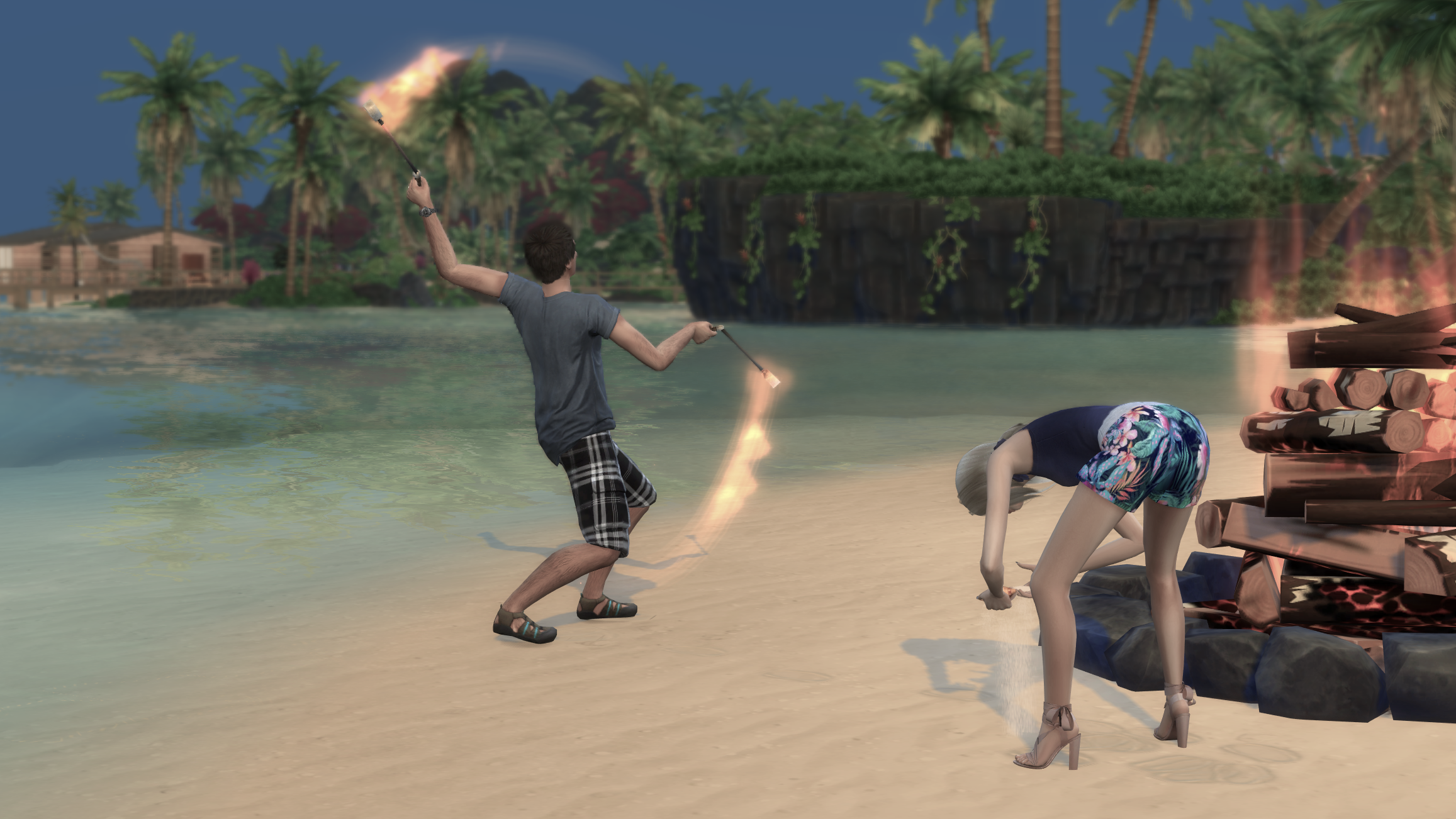 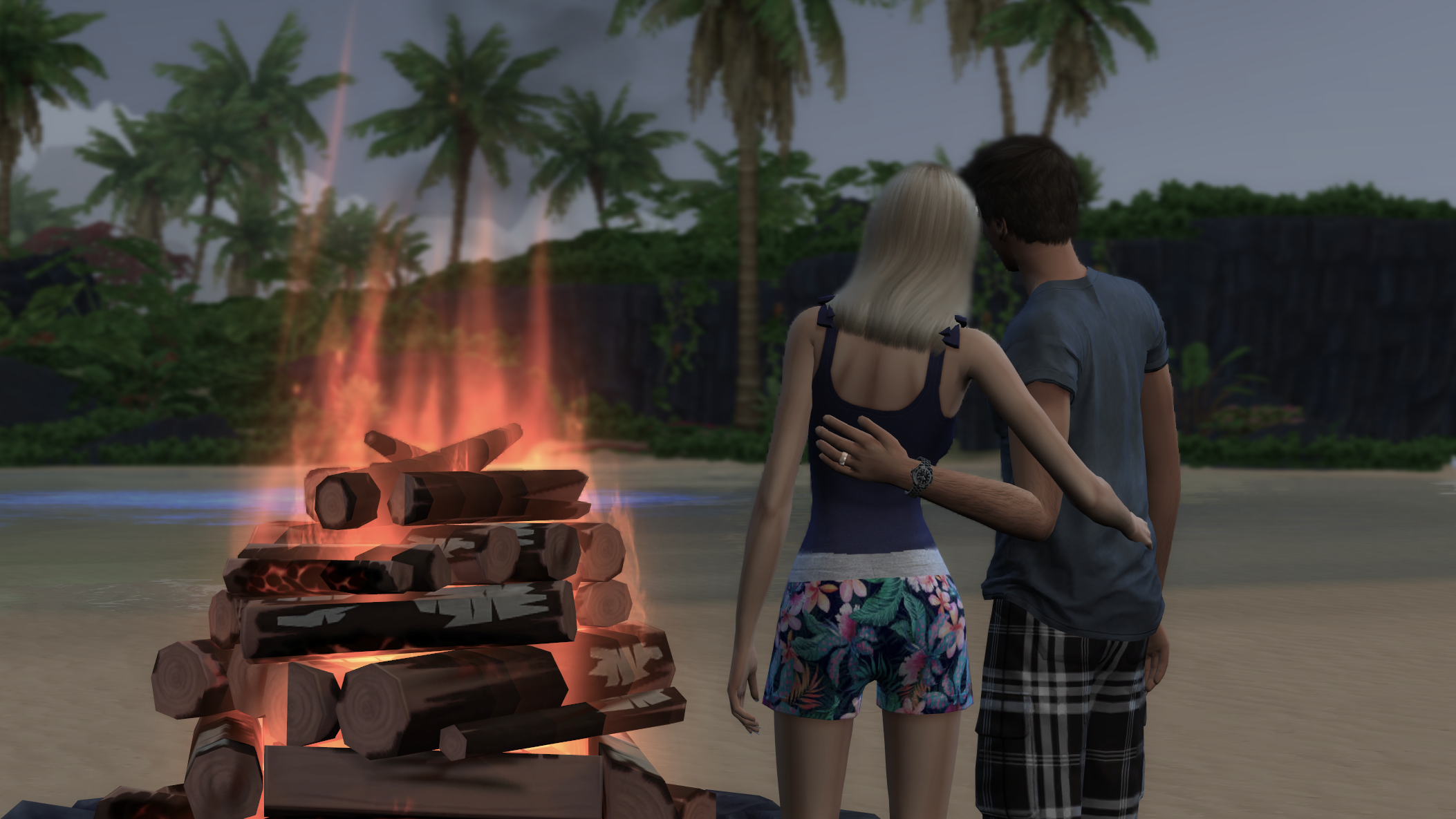 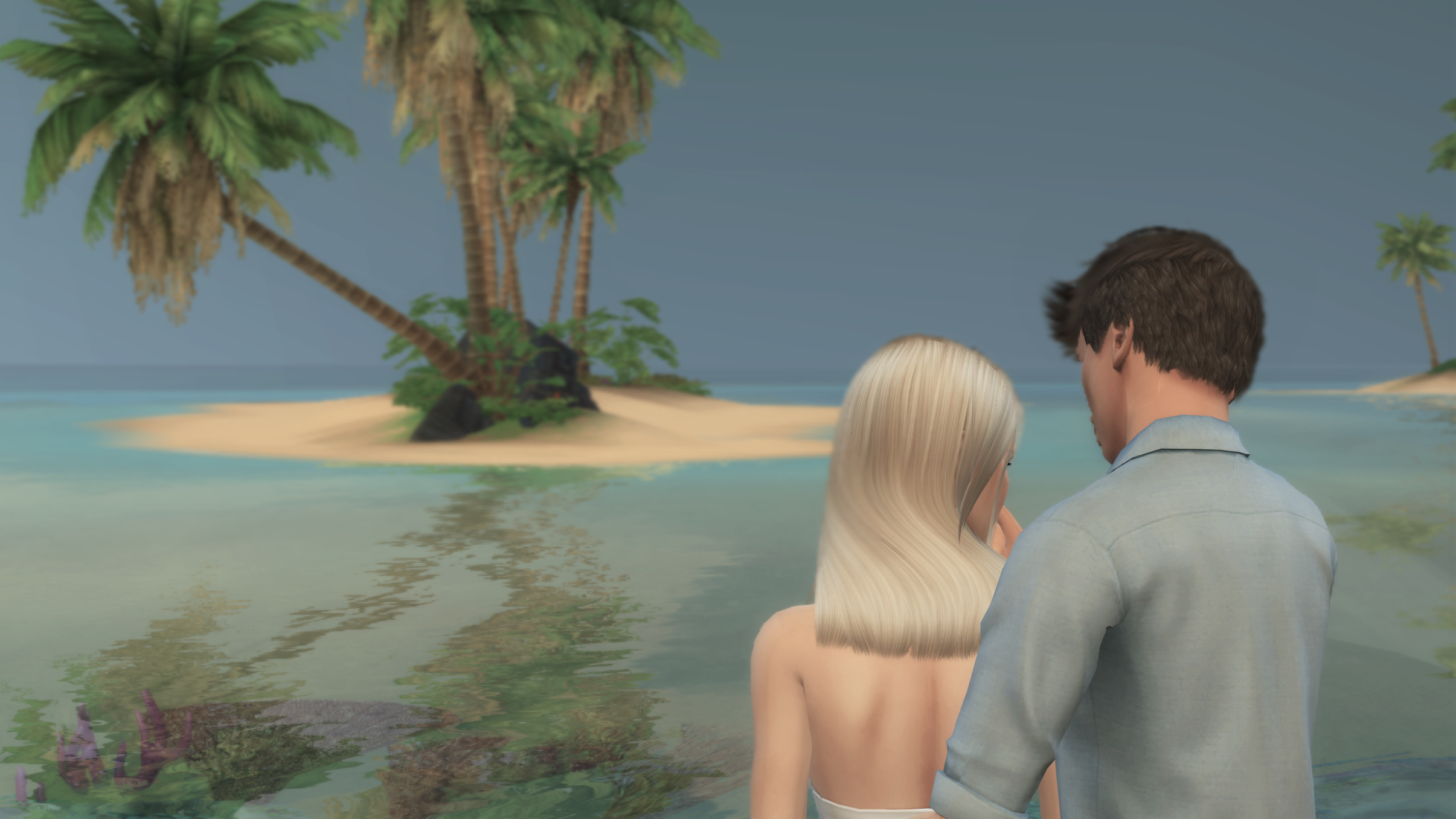 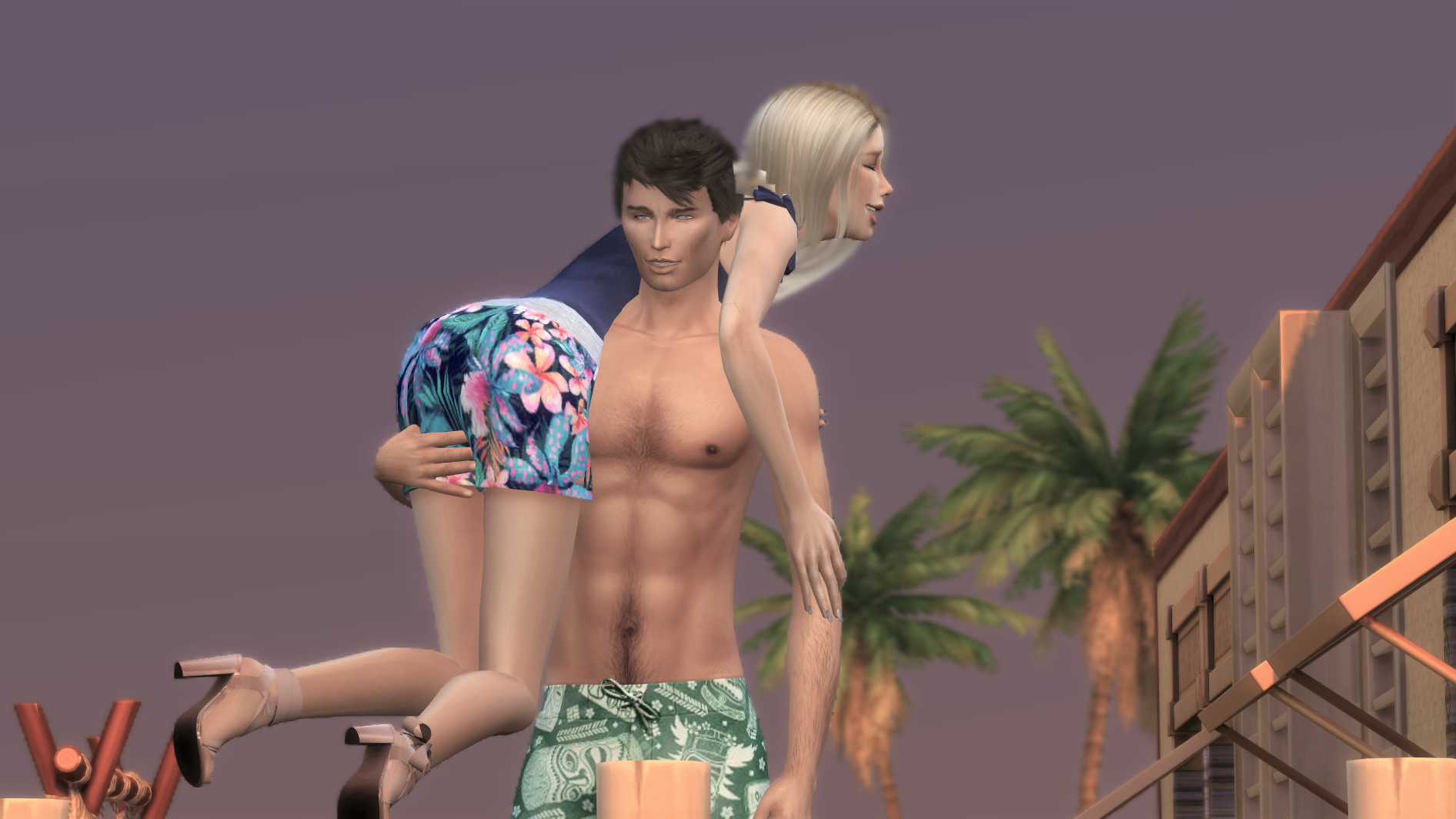 Ethan’s cheeks literally hurt at the end of each day.

They each slept in their own room of the cabin, alone, every night.

Not even a kiss had been exchanged.

Just friends, having fun, together. 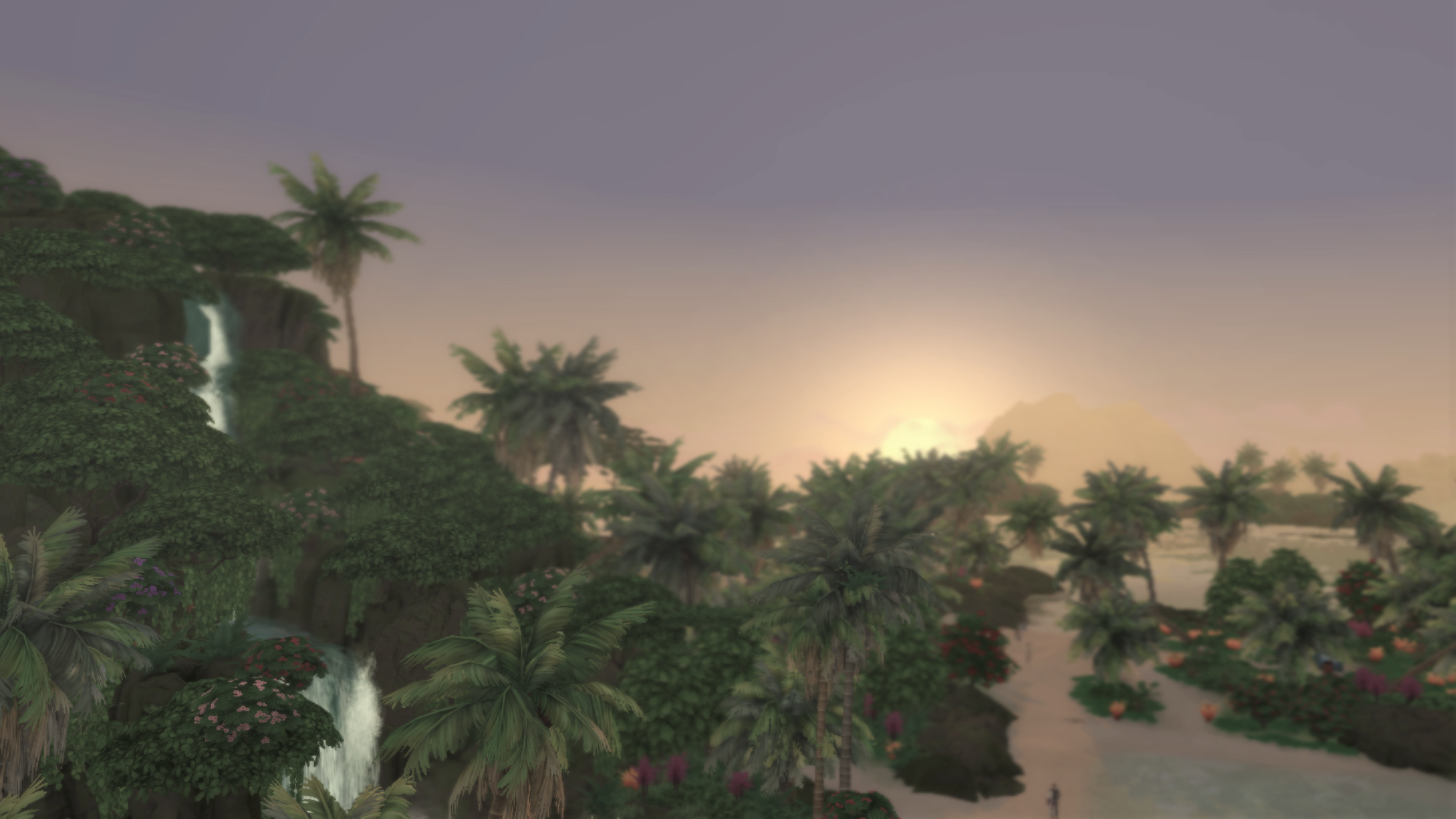 The fifth night they went for a walk after another delicious dinner.

“Our waterfall! Oh Ethan, let’s go there … I need a picture of us here.” 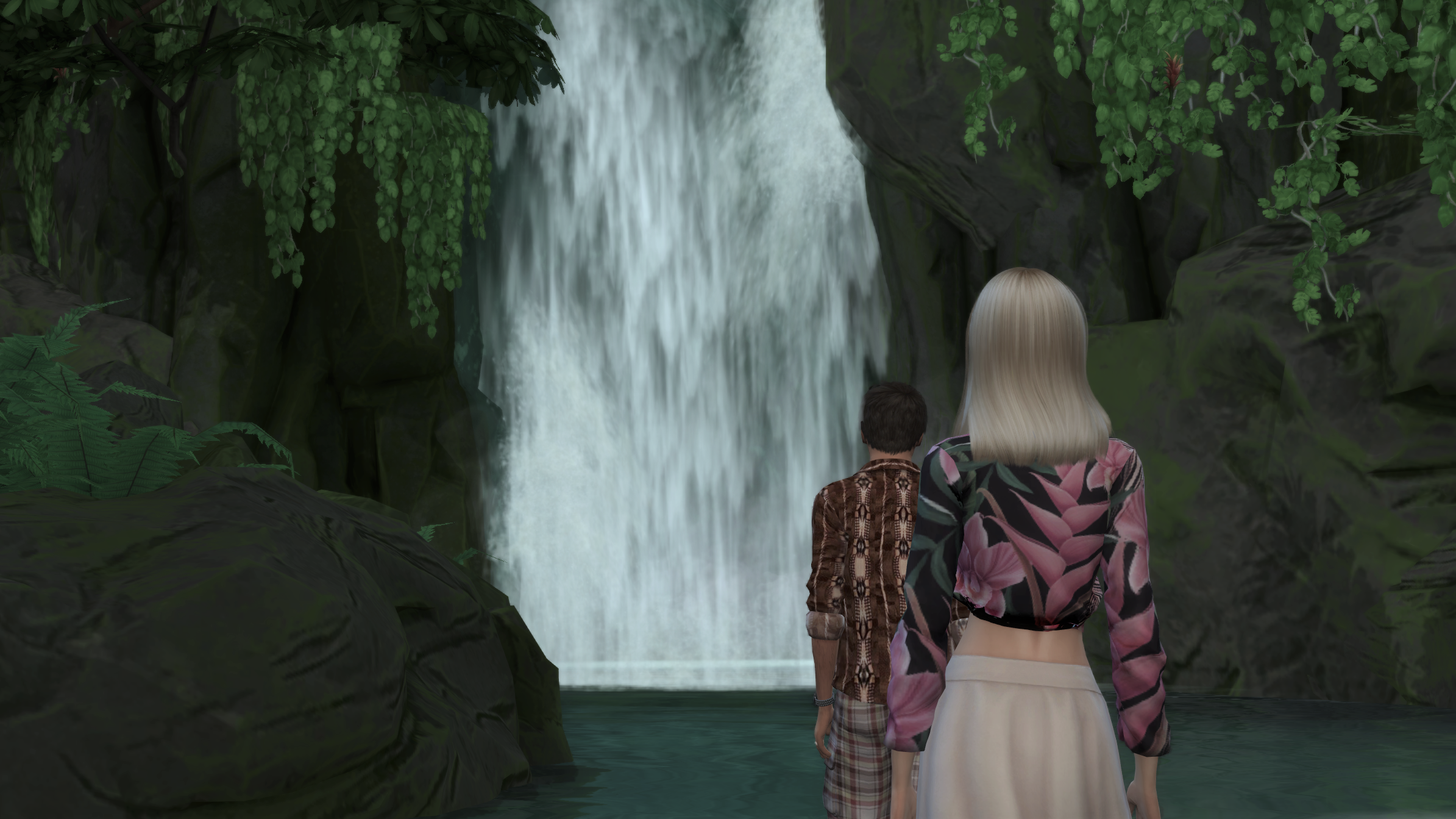 They went closer, took the obligatory Selfie with the waterfall in the background, then Blythe smiled at him.
There was something different, new, but also old in her expression.
He felt it, and could tell she did as well.
Something involuntary.

Silence fell, Ethan could not stop staring at the beautiful woman before him, the air suddenly charged with electricity as the breathing of the two people increased.

Ethan stepped towards her, gently ran his hand against her cheek, in a response she brushed up against him with the full length of her body and could feel that the sensuality between them had not left him unaffected. His desire was undeniable, the physical reaction very noticeable. With a brief moan he kissed her, gentle at first, then increasingly demanding.

“I want you, Blythe. Last chance to stop this … or I cannot and will not guarantee for anything … ” Ethan breathed the words.

Ethan pulled his shirt off, then Blythe along with him behind the curtain of the waterfall before he covered her face, cleavage and neck with kisses, more and more longing until he could not take it anymore, their bodies united after any inhibiting clothing was quickly removed as they moved to an increasing rhythm together, ending in a relieving crescendo, the rumbling of the water falling as their own personalized soundtrack. 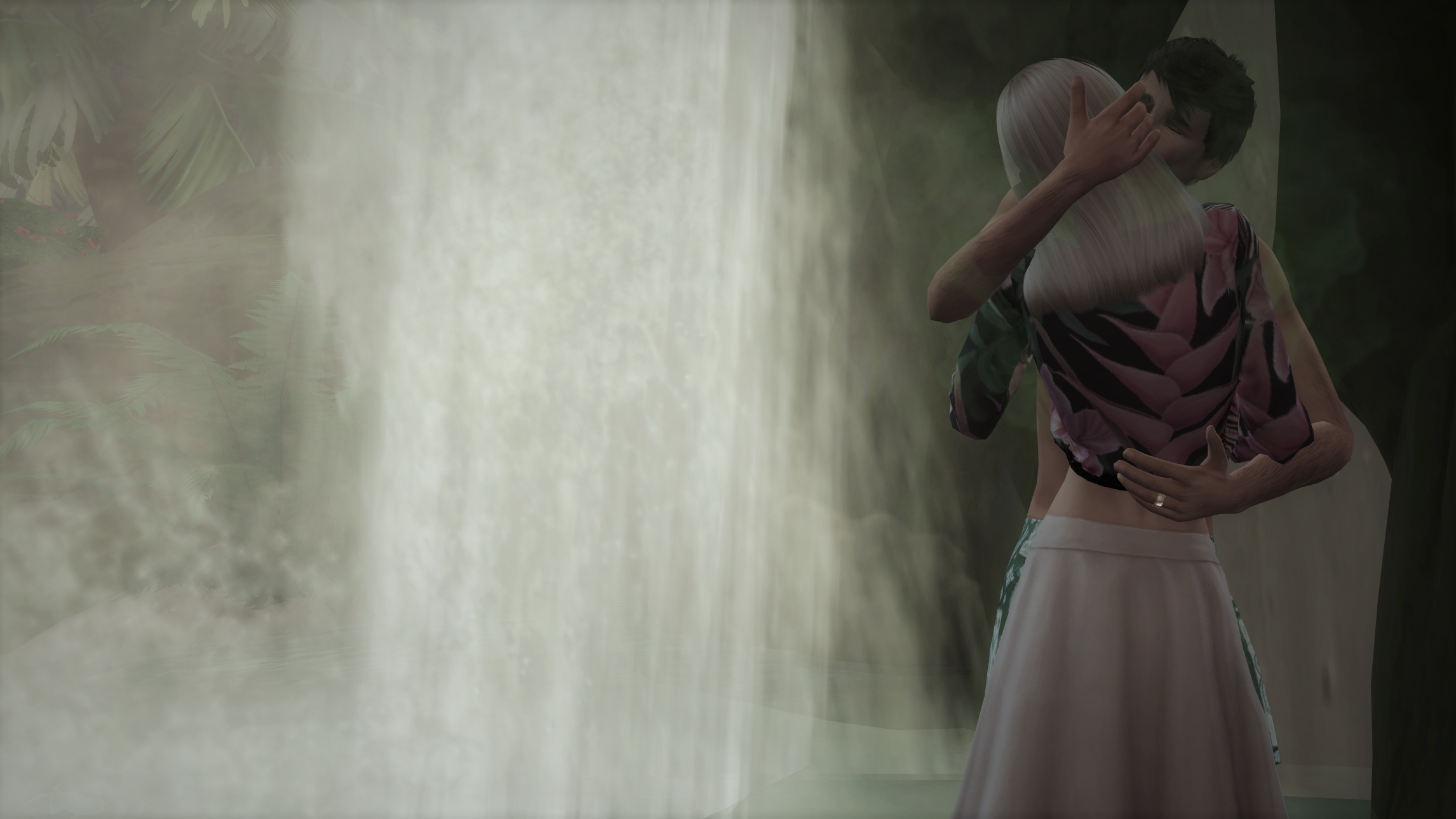 She leaned into his embrace, head against his chest. They stayed like that for minutes, the water spray gently caressing them like gentle hands.
It was Ethan who broke the silence first.

“Less talk, more action, huh? Hope my ‘action’ was satisfactory.” he whispered with amusement in his tone, Blythe giggled which tickled his bare chest, which felt so good to him.

“It would render a few stars on the scale.” he could feel her smile against his chest. Teasing.

“Ouch. How nice. Good thing I am not on Yelp. Would hate to read that review after all the effort I put in.” he played along.

“Well, give me 30 minutes or so and you can be mean to me again.” he chuckled, Blythe closed her eyes, smiling with joy as she felt the vibrations of his chuckling, her face still pressed against his chest.

“30 minutes? You are getting old.” Blythe stepped back, gave him that kind of teasing smile that made him forget all the heartbreak, guilt and stress of the past weeks as he pulled her back, kissing her in what could set new records of longest kisses …

The final days of the vacation were under a very different light than the first.

Two people enjoying the romantic side of island sunsets. 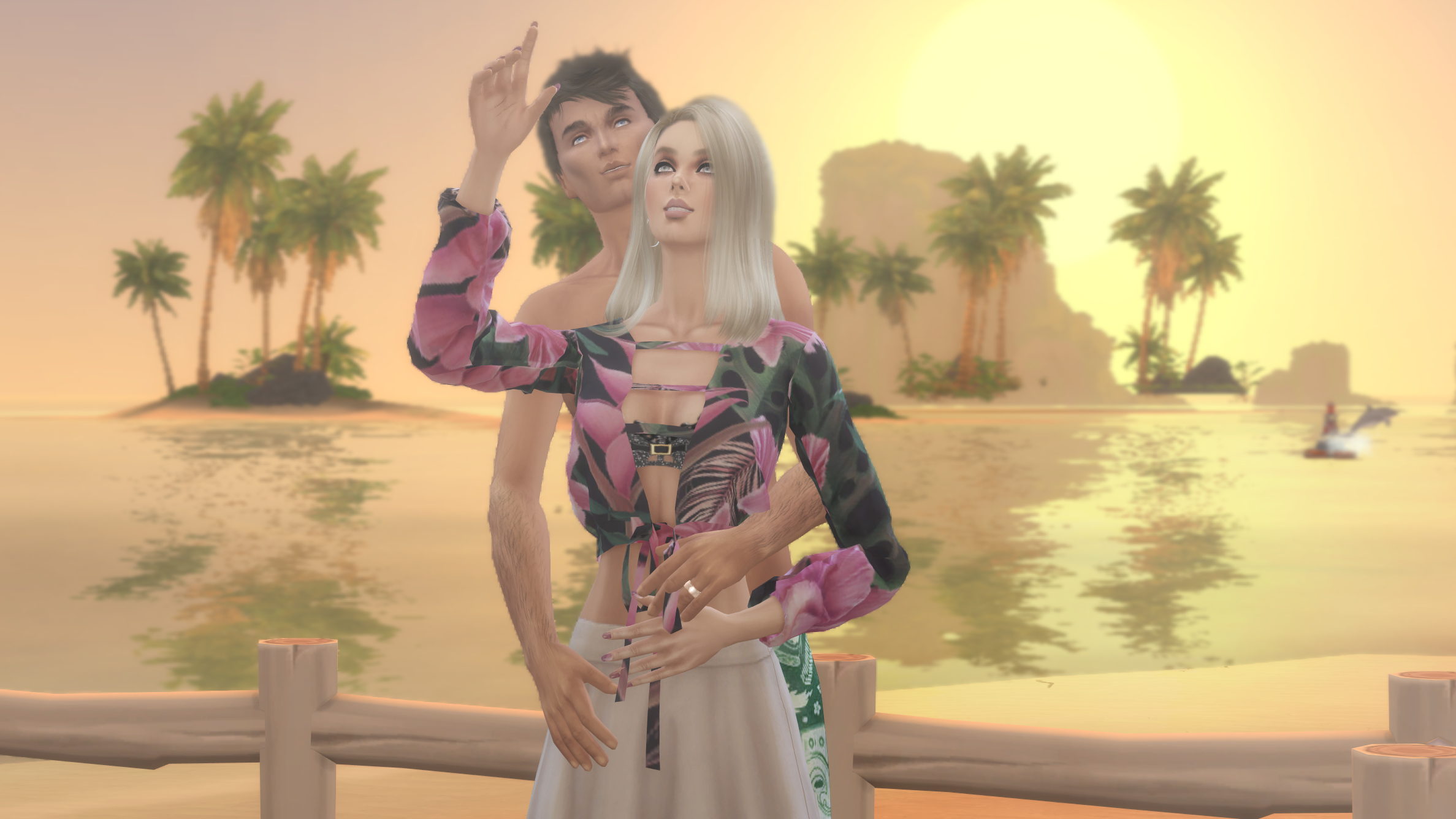 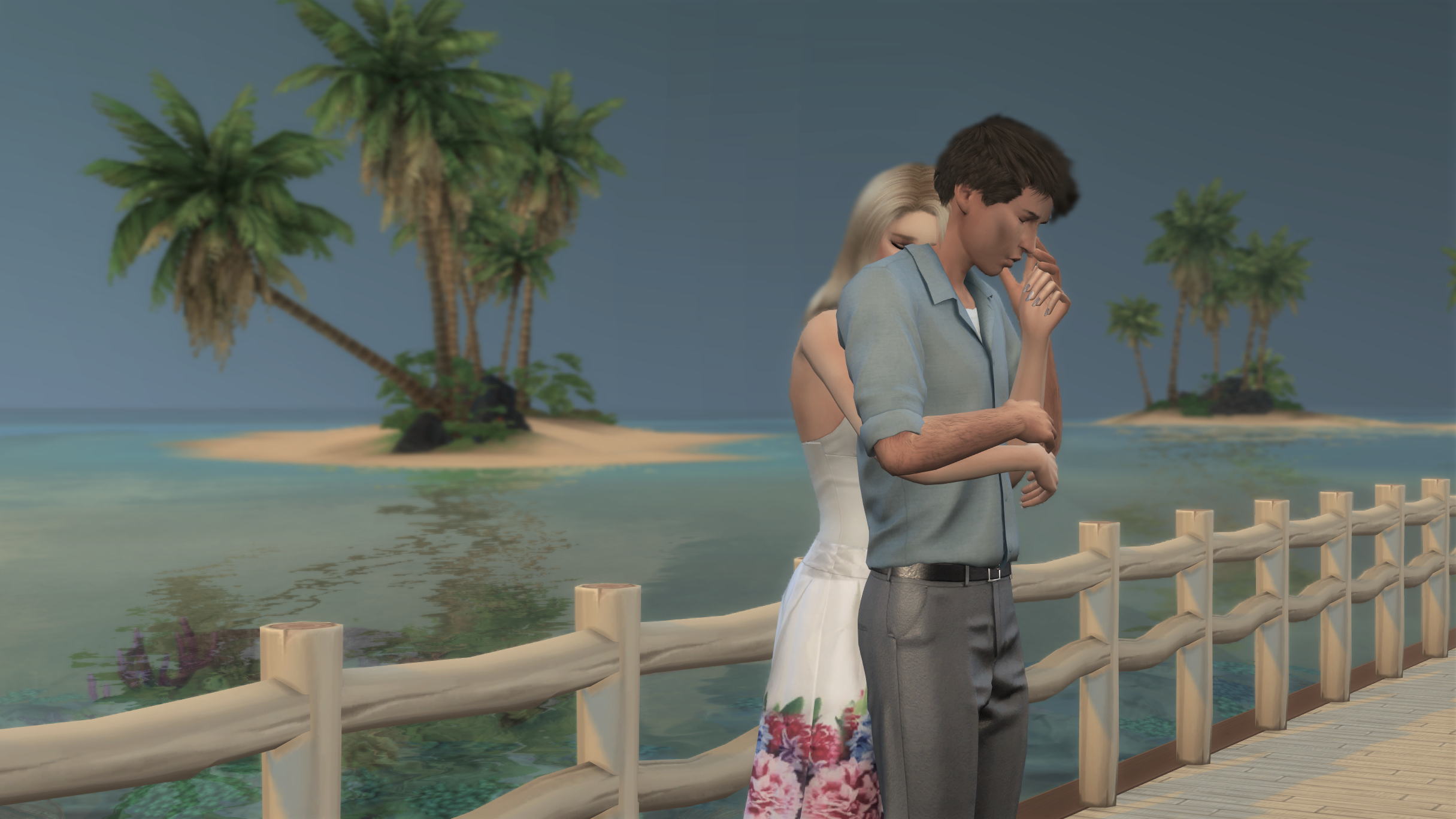 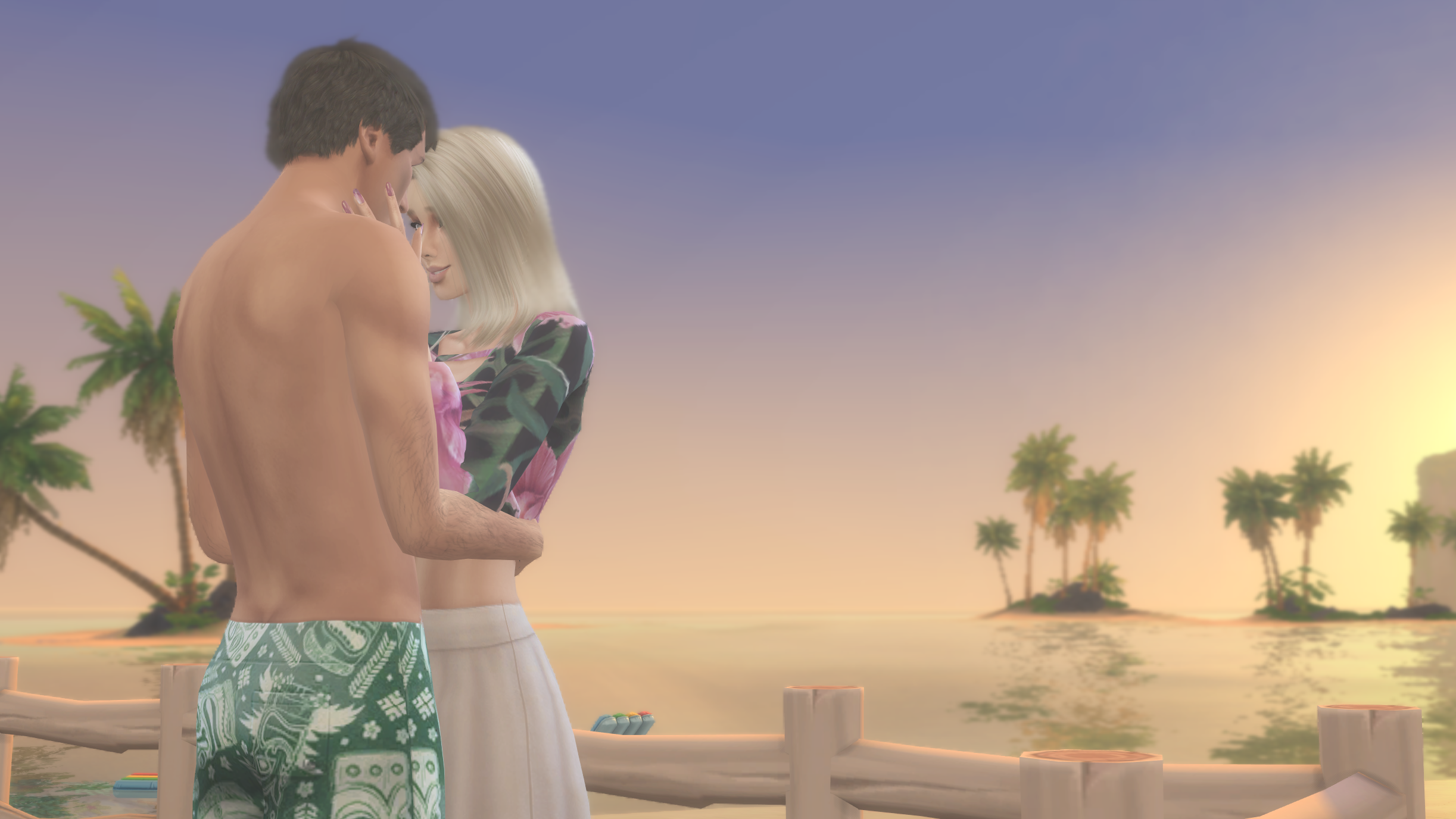 Being close to one another.

Clearly, they were falling in love again. 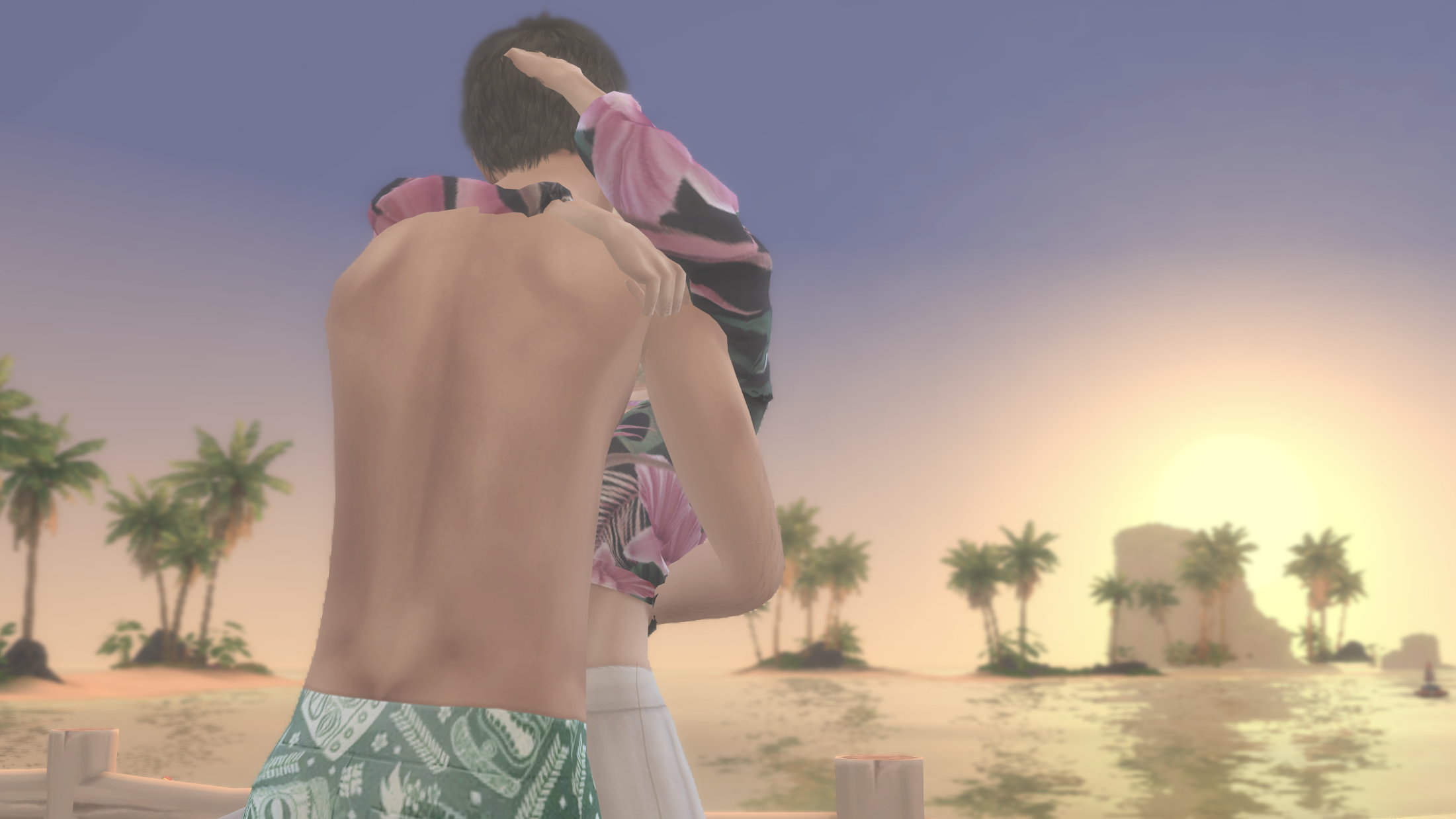 And clearly, neither of them did anything to fight it. Quite the contrary, they lived it to the fullest.

All the way up to the last day.

Sitting together after packing for an early morning departure, enjoying the last moments of a wonderful, healing time together, they came to the understanding that they wanted to keep their new-found affections for each other under wraps for the time being.

It was just too soon after his divorce and the death of her husband, so this would be a secret love for a while.