Regret doesn’t remind us that we did badly. It reminds us that we know we can do better. ~Kathryn Schulz

He awoke.
His eyes opened briefly, they burned, so he shut them again, moaning as his head hurt and he felt instantly nauseated.
Trying repeatedly, fluttering his eyes open until he managed to keep them open and stared against a dirty ceiling, his stomach revolting. 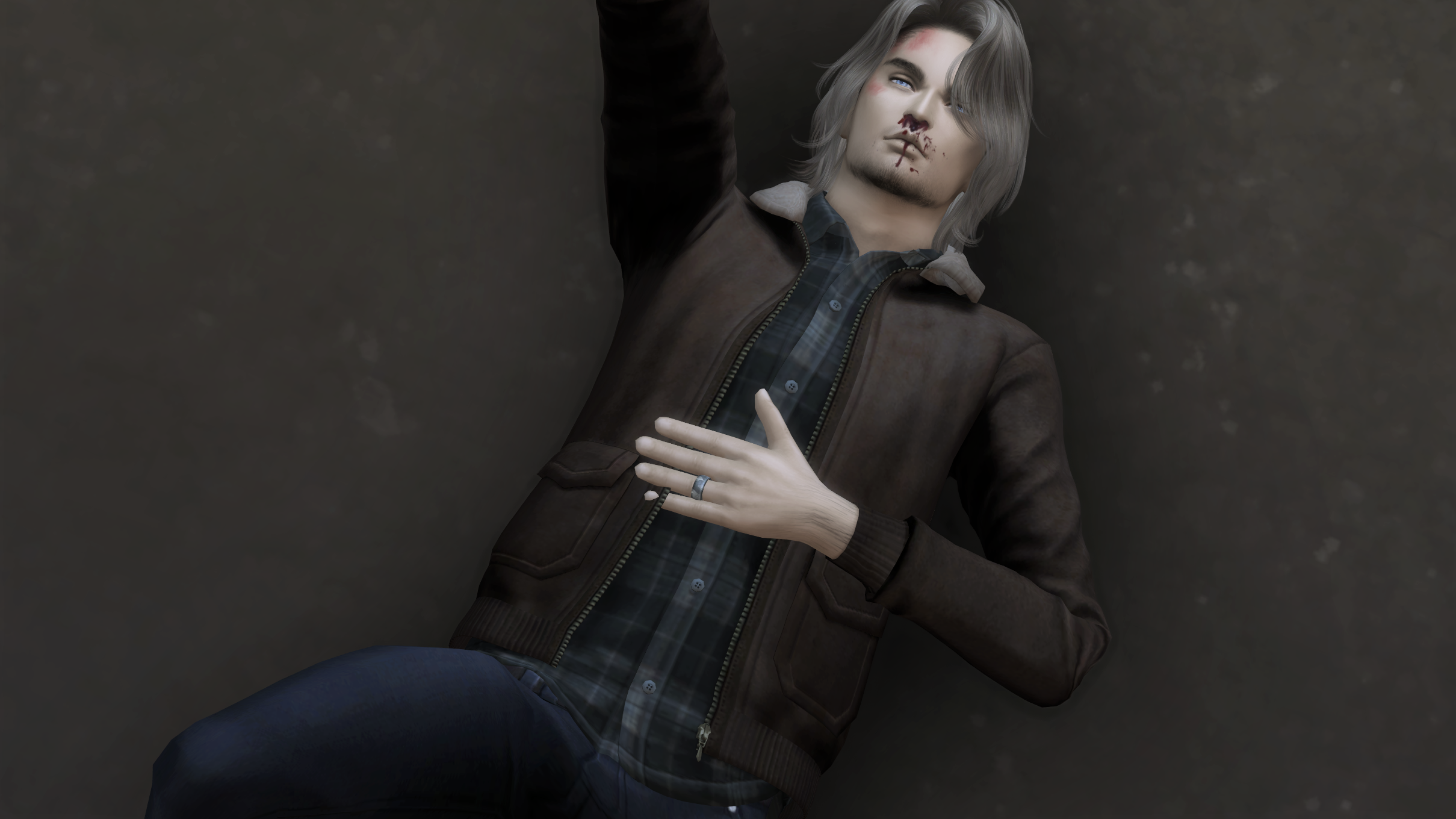 Immediately he noticed strange, unfamiliar scents like mold, old rotting wood and stagnant water, realized his nose was throbbing and there was the faint hint of blood he could smell. A quick wipe proved it was from his own nose.
He was on a hard surface, not a bed. The ground. concrete.

Blinking against the twilight created by odd, yellowish light, like from a very old and dirty lamp, Blake realized he was in a place he had never seen before.

His head hurt, a severe headache pounding against brain and skull, and he was fighting down waves of nausea as he tried to sit up, after two weak attempts he managed to pull himself against a fence or some barrier of the sort to hold him upright. He felt like he had been through the wringer. Absolutely miserable. 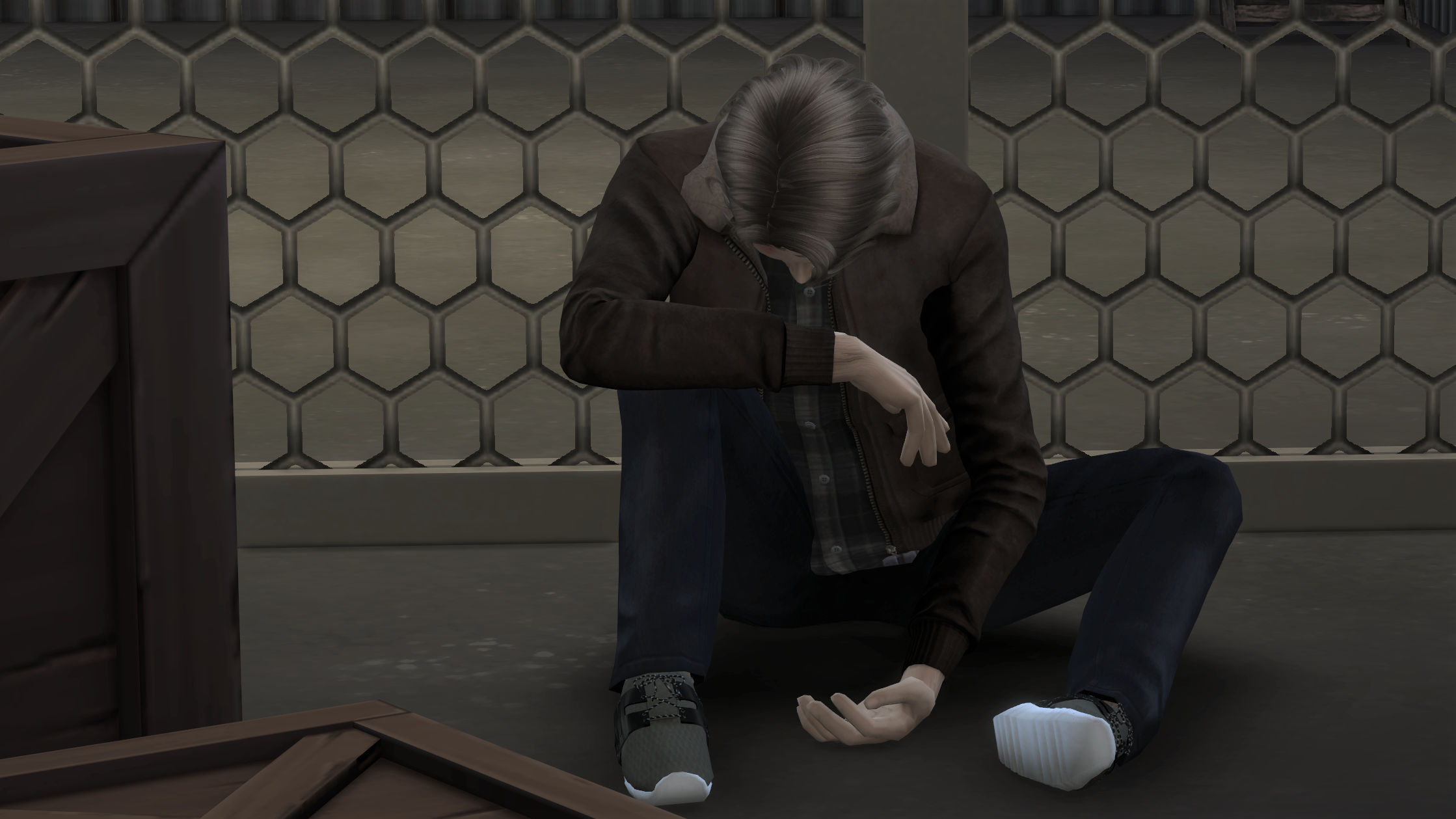 His first idea was an instant fail. His cell phone to call for help. Naturally it was gone. Everything was gone. All pockets were empty.

Disappointed and discouraged he felt like puking and crying at the same time, but fought back both. Whatever was going on, it wasn’t anything good, so much was clear. 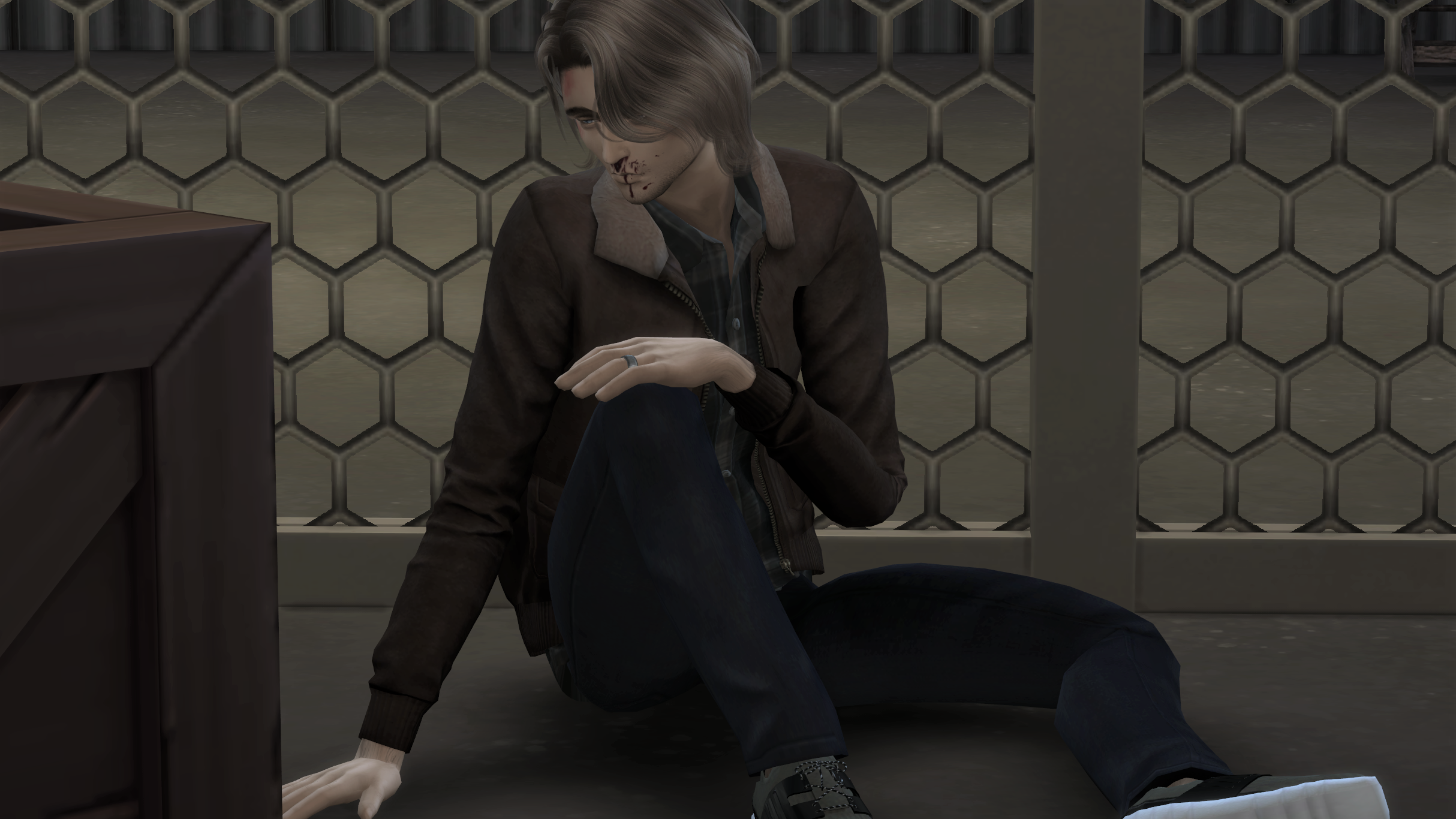 After some recouping, he pushed his back against the barrier and upwards, waited for the nausea and dizziness to pass, eyes closed.

When he could, he opened them again and started trying to figure out where he was and how to get out. 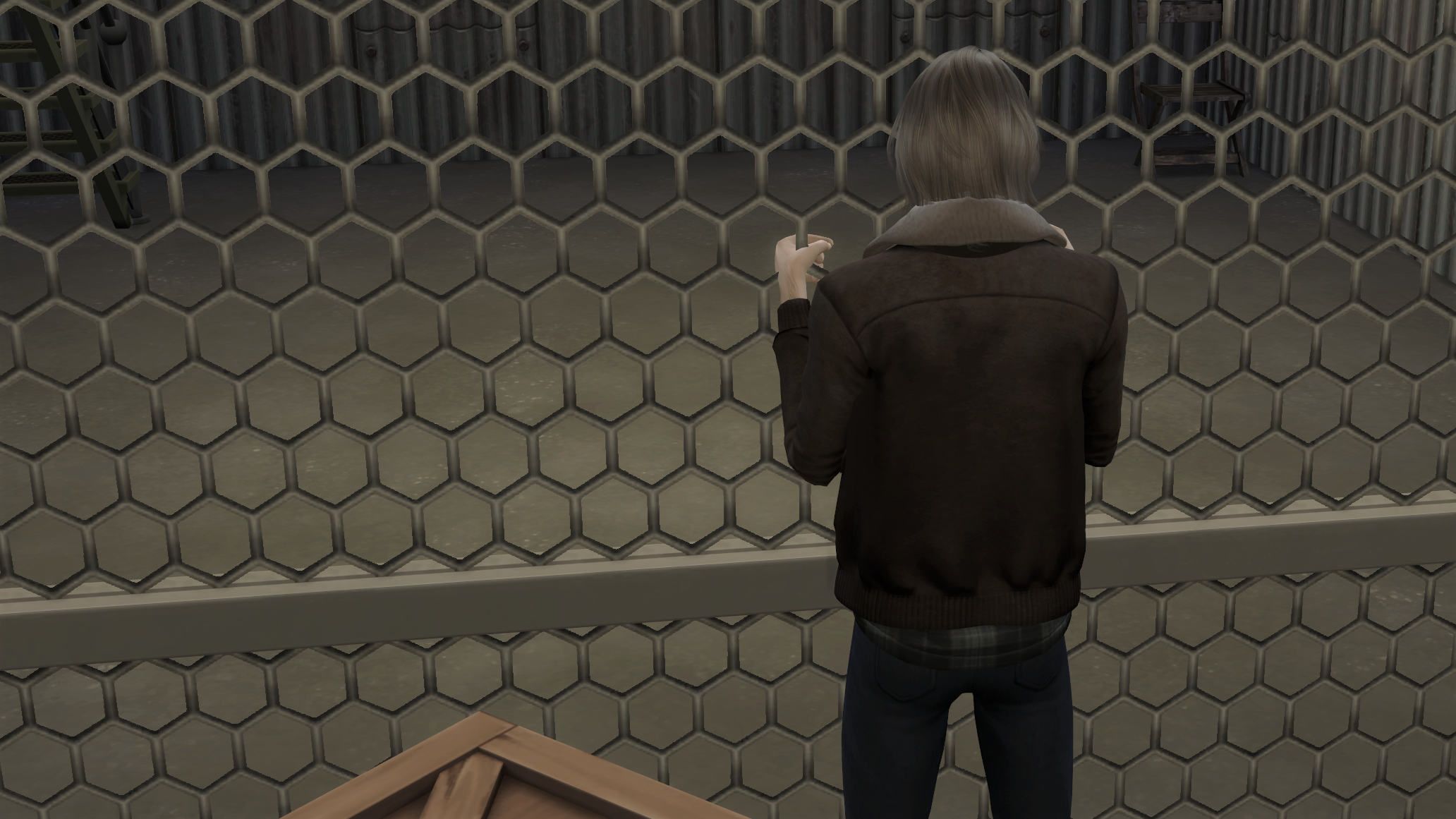 Then he stepped towards the metal bars before him.

Nay, it was like a very strong chain link type fence. Some sort of former storage, with a door and a lock.
Somehow this reminded him of a being in some jail cell from old fashioned western movies even though it looked nothing like it.
Just felt like it.
He had seen those many times as props for his movies, but this here was rock solid, as he found, rattling on it a few times with all the might he could muster, which only aggravated his injuries and made him nauseous again.

Holding on for dear life he waited for the feeling to pass again. 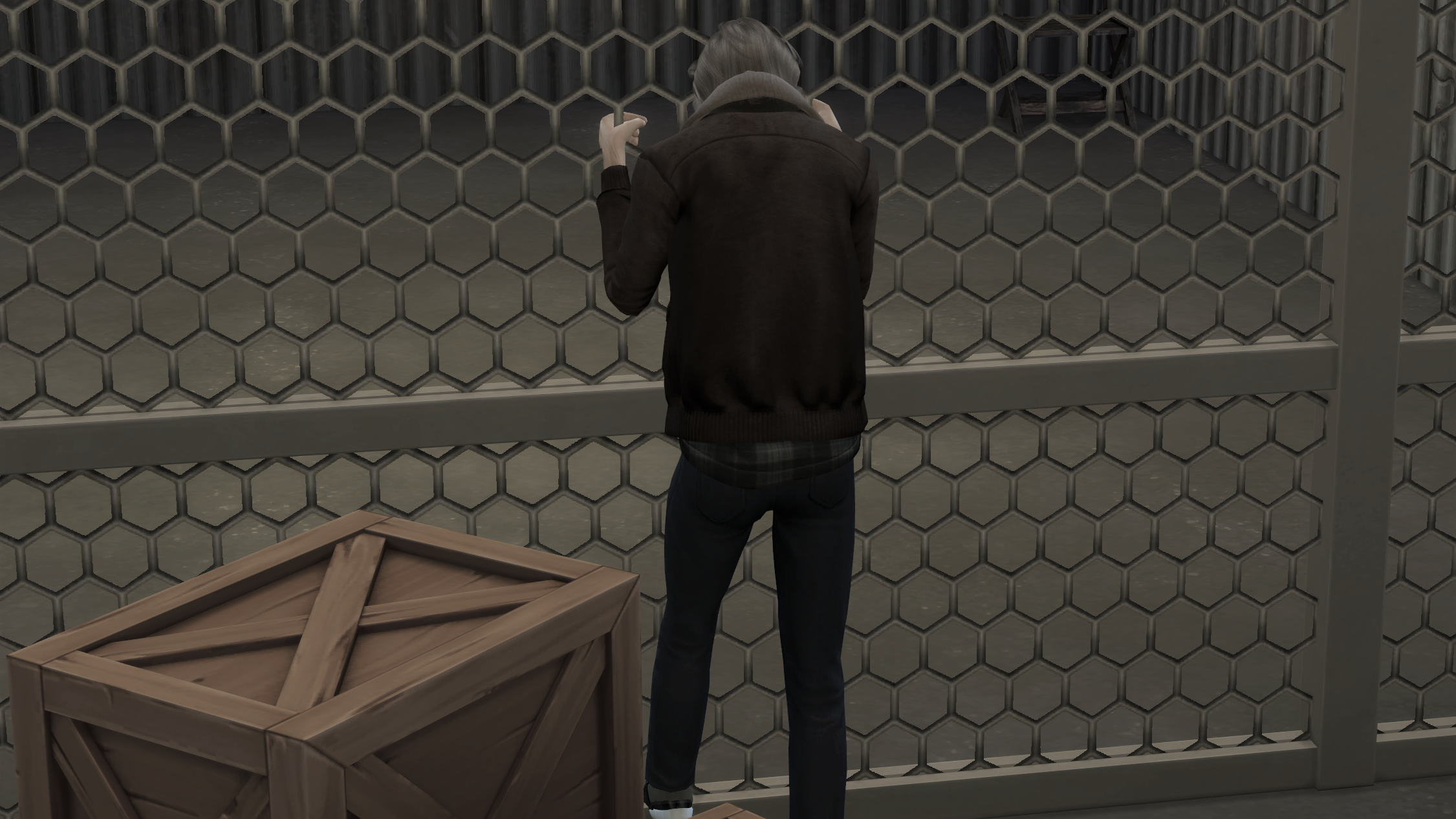 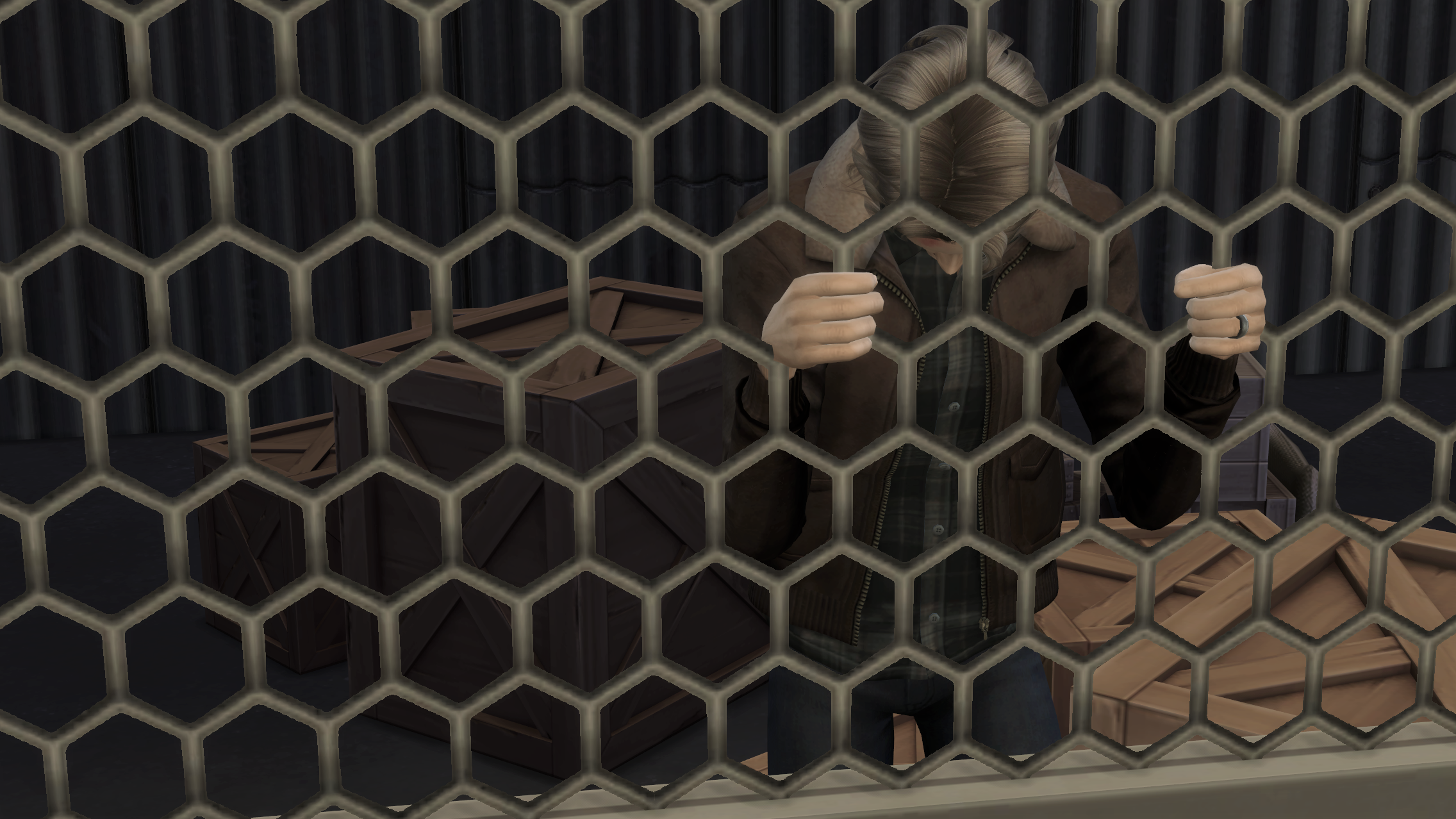 He couldn’t believe it. This had to be a bad dream. Worst nightmare.
Where was he, and why was he here? 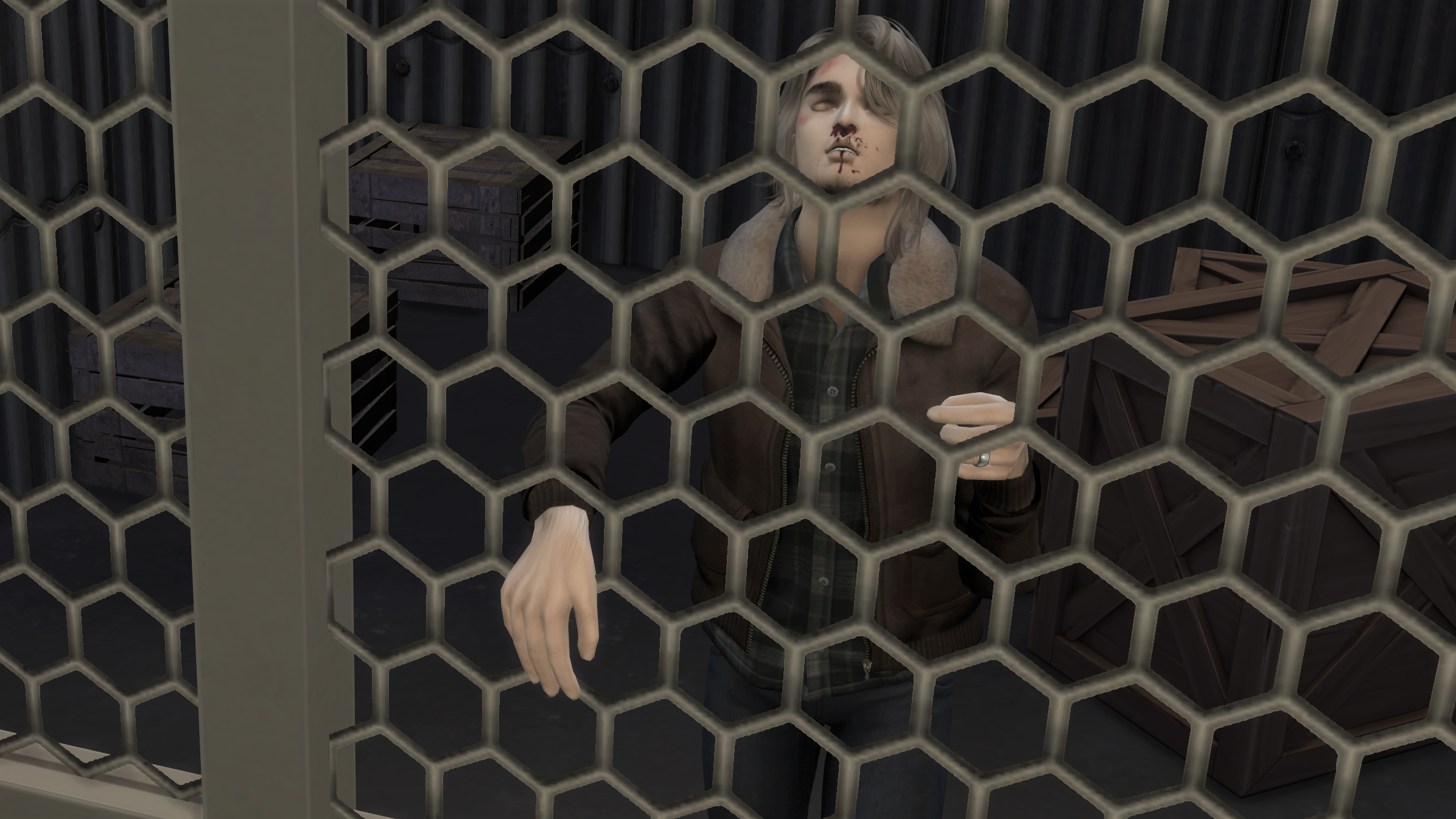 There was someone down here with him!

At first Blake wasn’t sure how to react, on high alert, quiet, then realized who or whatever that was, was just as captured as he had been so he sneaked over toward the source of the sounds, cautiously and slowly, not to aggravate his headache and nausea any further.

As he dragged past come stacks of what could be boxes or other random stuff he saw a person in the faint illumination of this place. 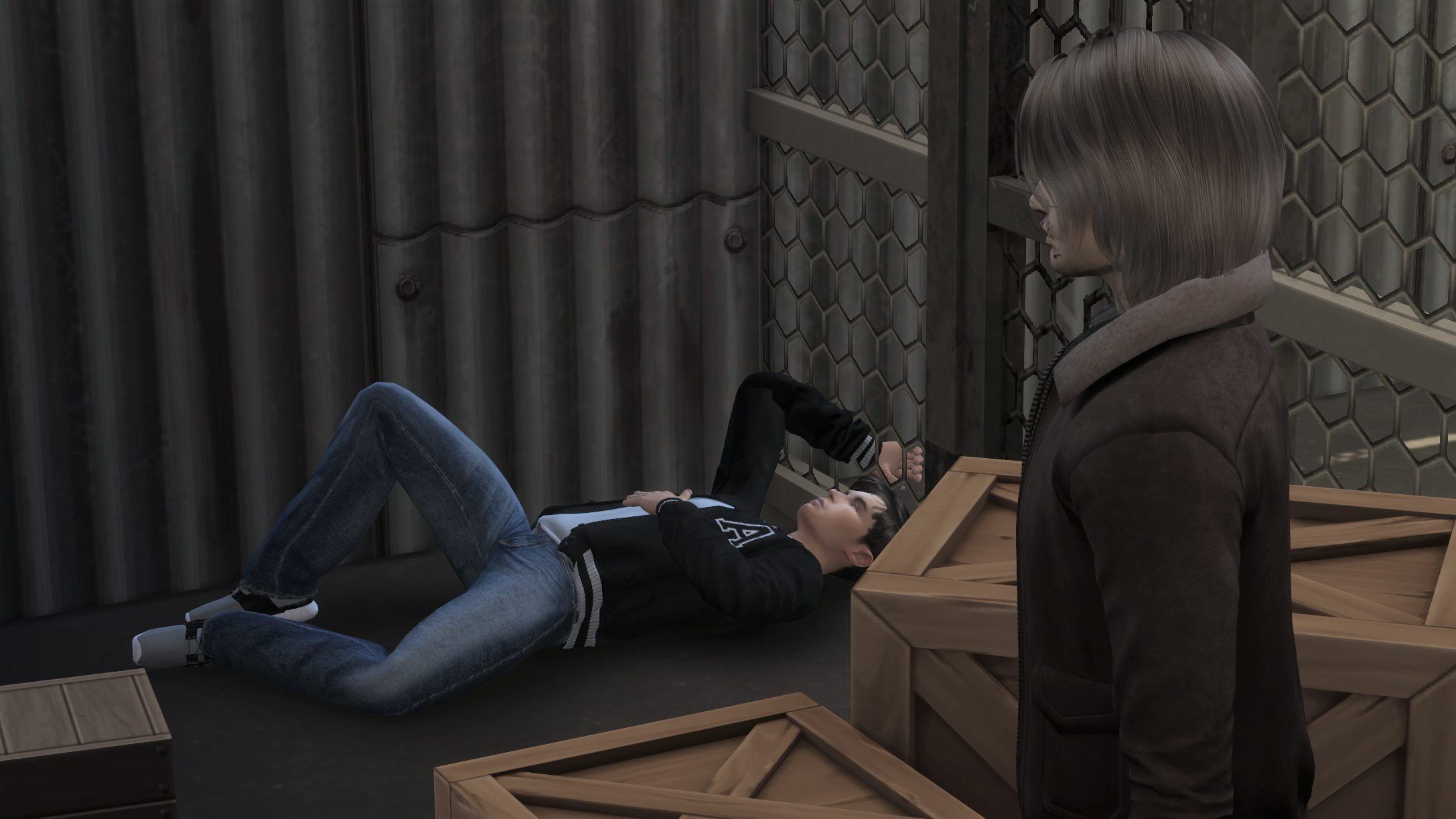 “My God! Eli! Are you all right” Blake’s heart almost stopped, then pounded fast upon recognizing his younger half-brother.

“Blake?” Eli’s voice was hoarse and scratchy, making Blake’s throat itch just hearing his own name. A sense of recognition and relief reflected in Elias Cameron’s face as he sat up quickly to welcome his brother’s hug. 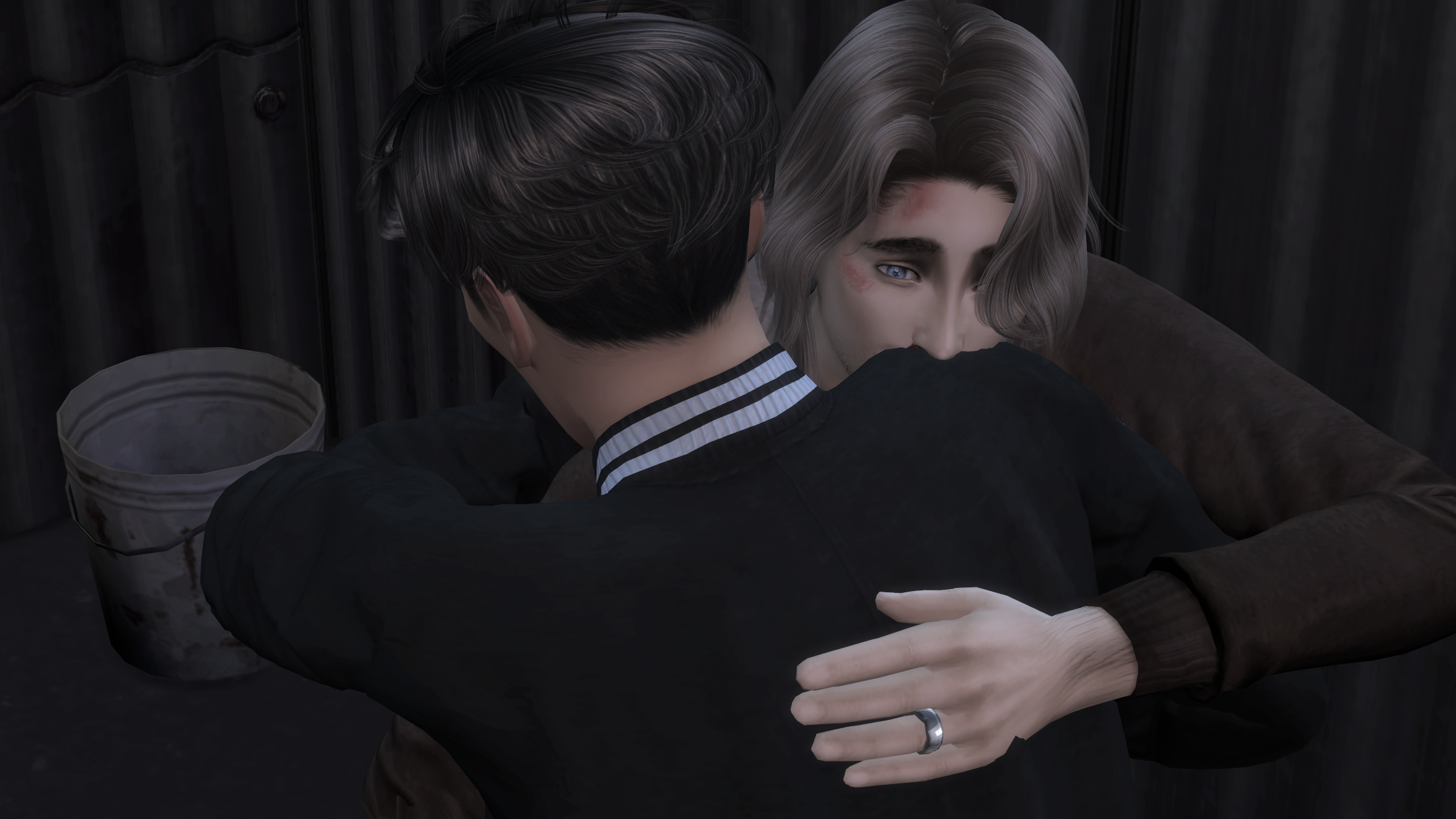 “Shh, relax, Eli. Did they hurt you? How did you get here, do you know?” Blake inquired.

“I … don’t know. Where are we even?” Elias looked confused, as he visibly tried to remember and make sense of the situation at hand.

“No idea. Basement somewhere, I guess. Or a downstairs storage under some business or something like that. I just came to myself. Have you been here long? Do you know?” Blake asked.

“I know nothing. I remember … uh … oh, I was on my way to the dorm from the library to get ready for a party I was going to go to. I got all woozy and lights went out. Last memory I have is feeling the ground coming closer to my face at really high speed. That’s all I remember.” Elias sounded distressed. 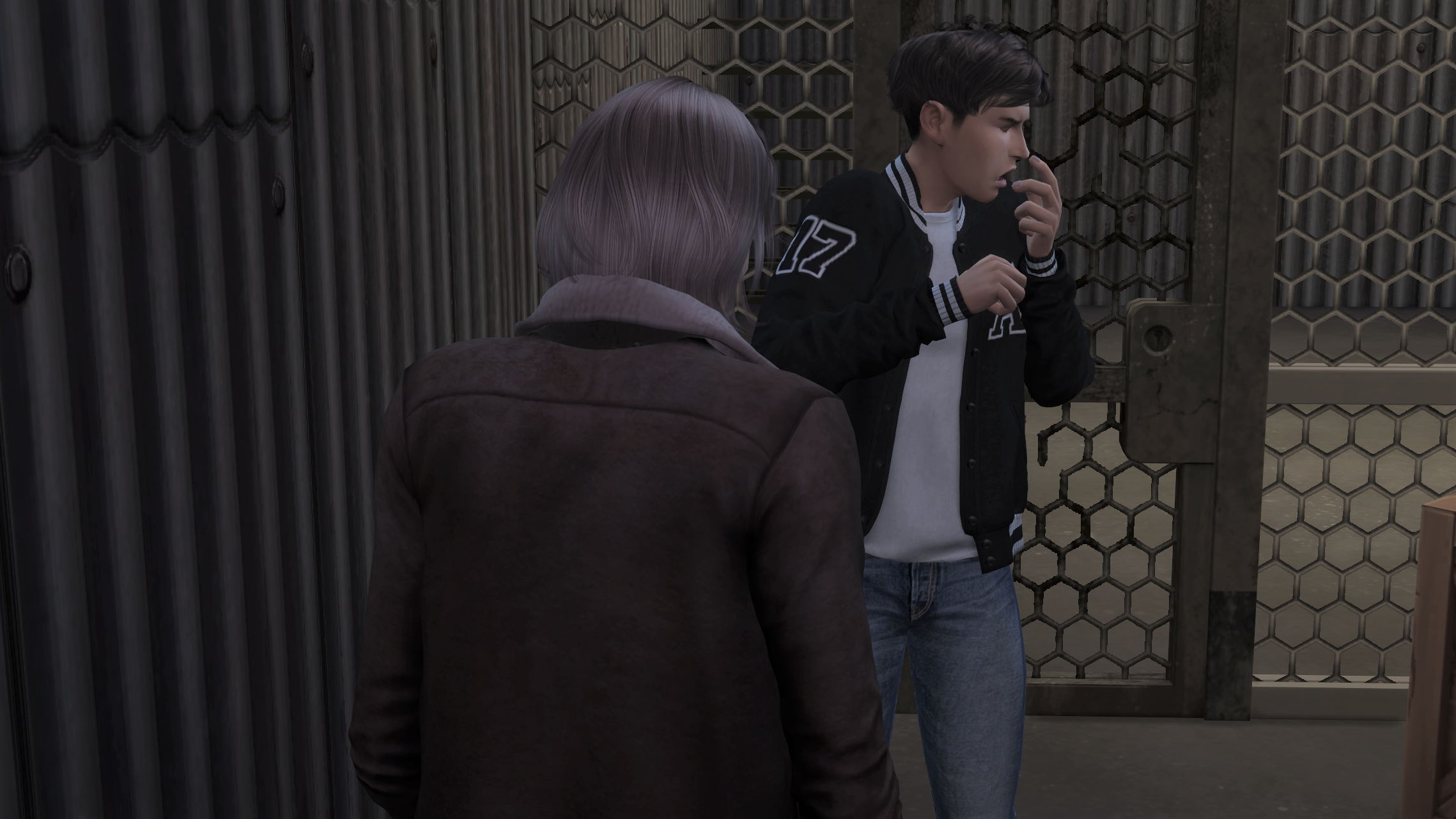 “Hailey must be worried sick. Dad too.” Blake looked at where he usually would have his wrist watch, but found that missing as well.
It felt like he was gone for days, but that was probably not the case.
Or maybe it was, who was to say for sure?
He remembered all the bad things he had been thinking about her and their relationship, now he felt bad for all of them.
What if that had been the last time they would ever see each other?
Her last memory of him would be him being bitchy about her not wanted to make out with him.
Dammit, no! NO!
He had to get out. And he had to get his brother out! Eli was so very young, so much life still ahead. 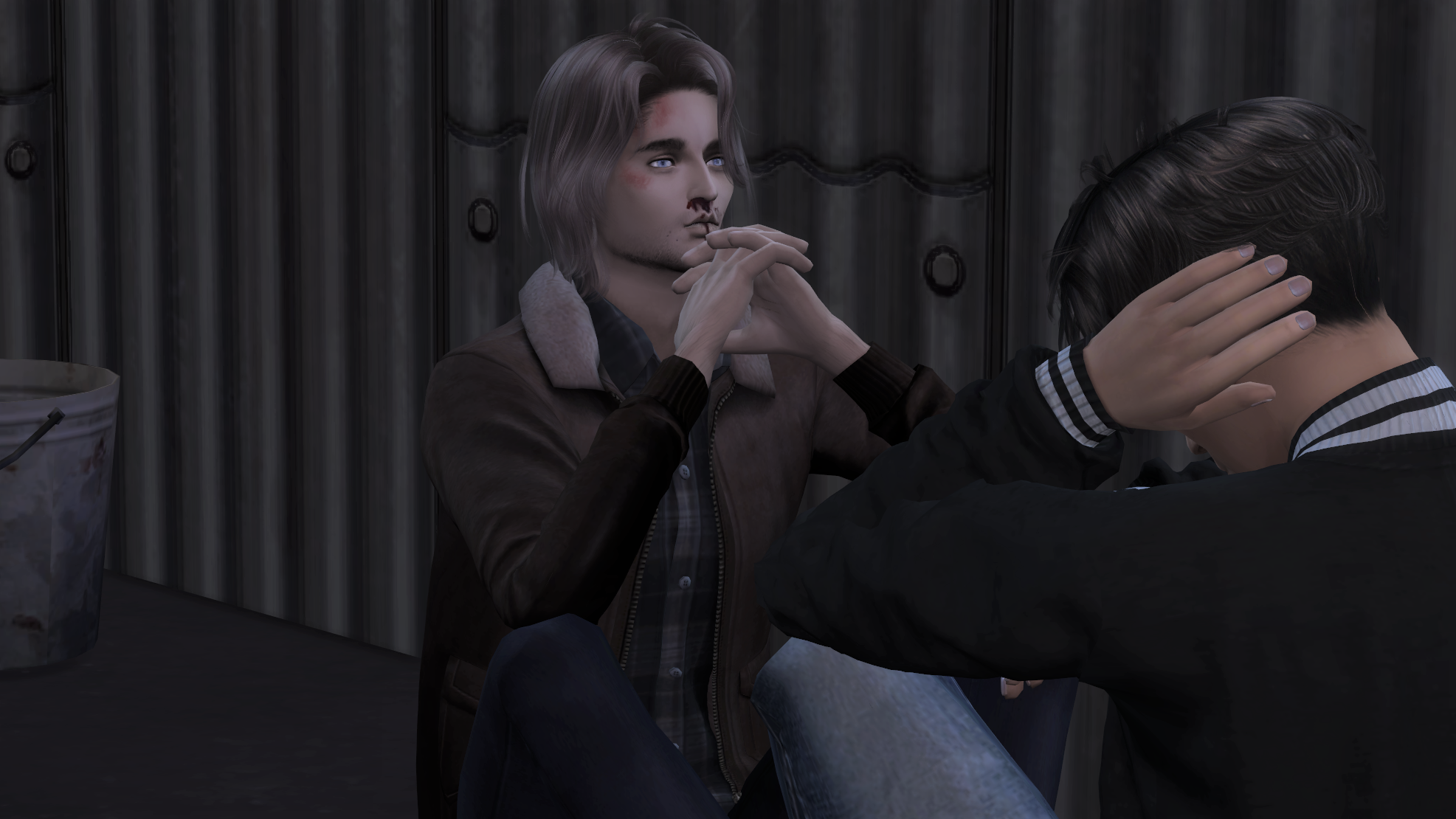 “Why do you think they took us? Dad has no real money left and you and Hailey just scrape by too.” Eli was sitting up, Blake joined him.

“Beats me. Are you injured?”

“No, don’t think so. I think someone slipped me a rufie in my energy drink. Last I remember was me brooding over piles of stuff I was supposed to cram into my brain for a test tomorrow. Oh shit, that test! I am going to miss it. Dad will kill me if I fail Architectural Design 101.” Eli grimaced while Blake wondered about his brother’s priorities. 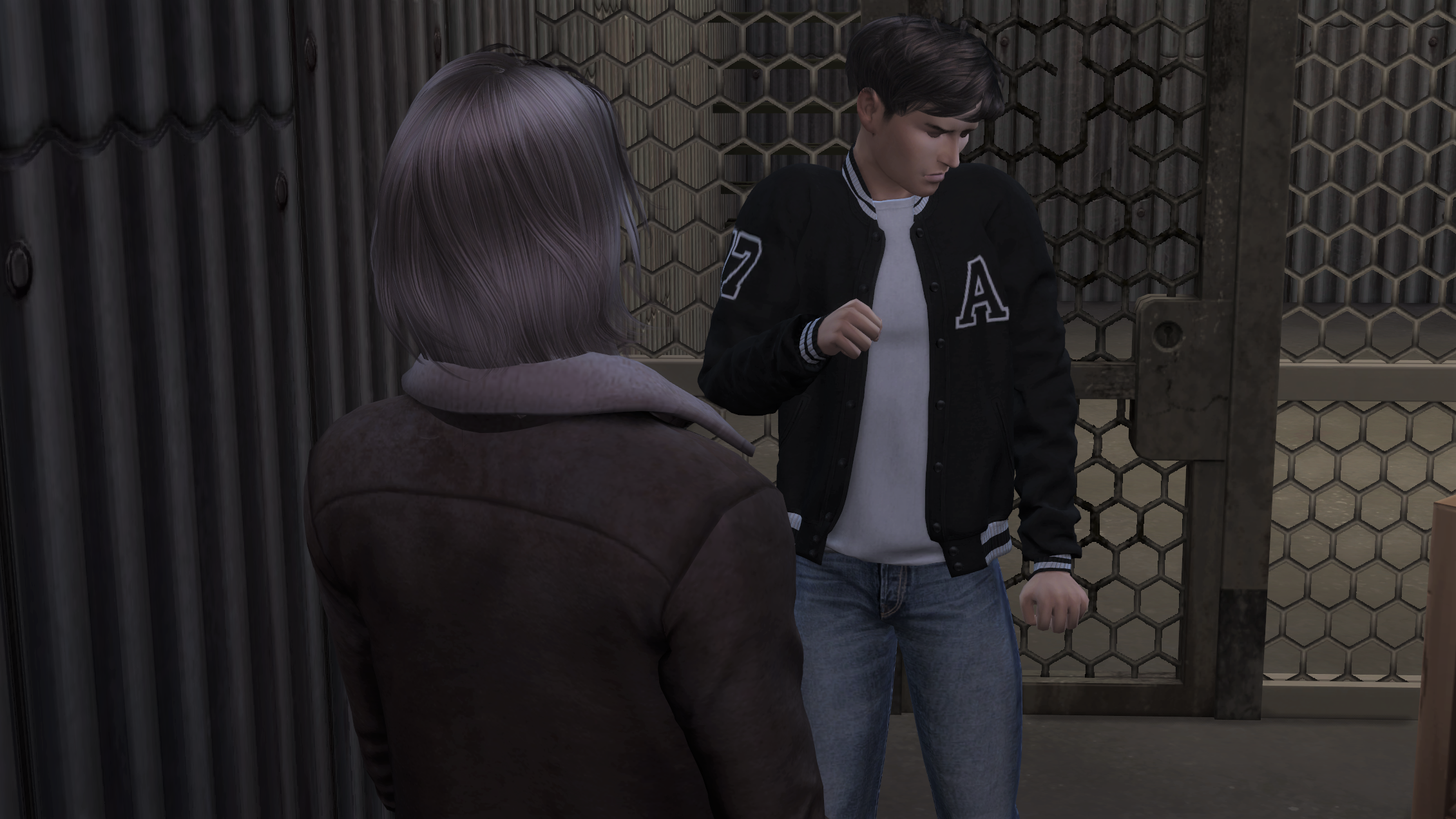 “I don’t have a clue who ‘they’ could even be. All I remember was I was at a bar, and a woman talked to me. When I left she followed and wanted directions to places all over the region ….”

“There was a woman at the library too. Needing directions, like you said, said she was lost on campus. Now I remember. I was kinda sorta douch-y to her, told her I was busy and to ask someone else.” Eli shrugged.

“Redhead? Reeking of some cheap perfume like a stripper?” Blake inquired.

“I guess so. You’re the one with all that strip club experience.” 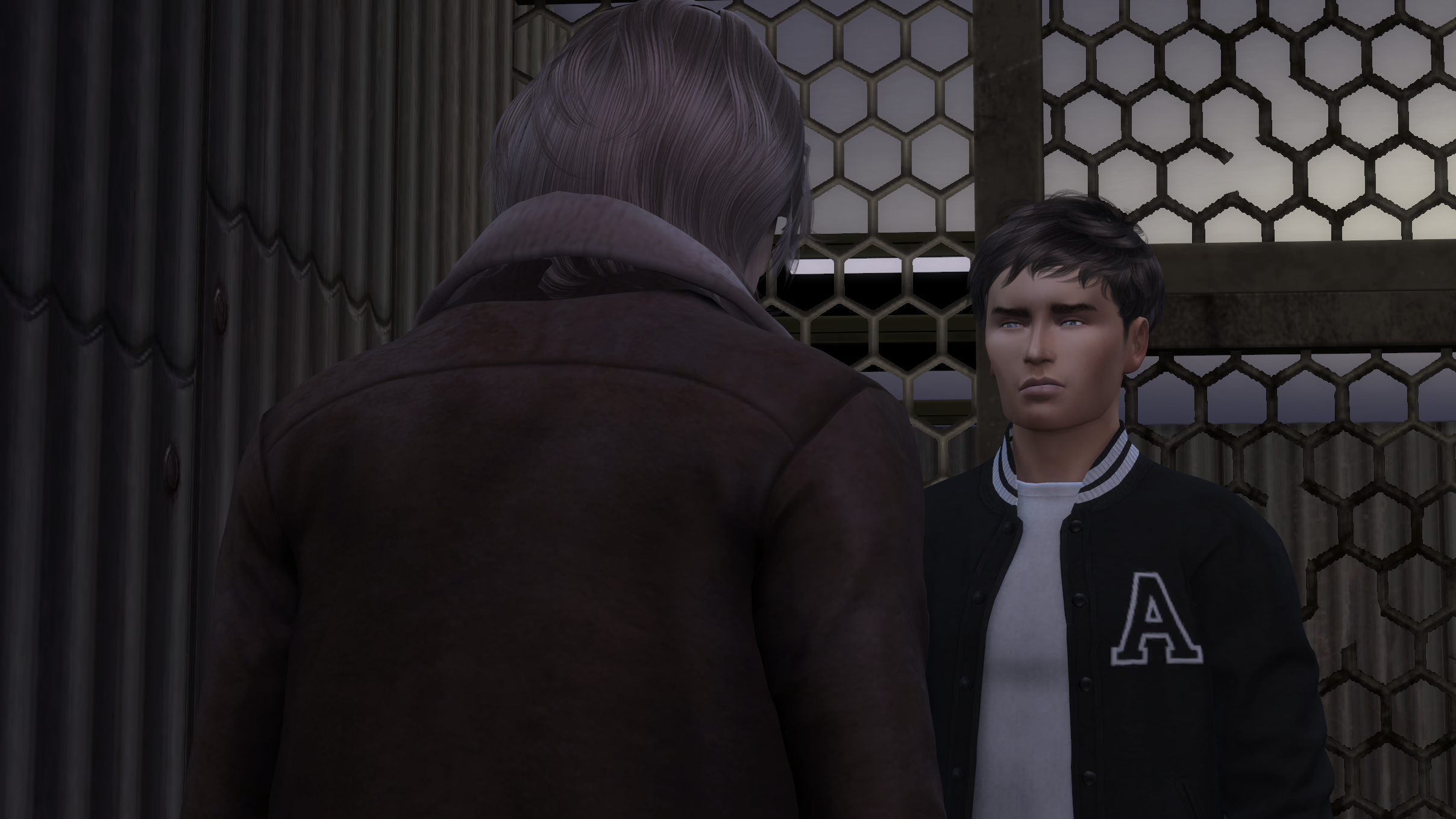 “Have you seen her before?” Blake asked, ignoring his brother’s jab at his past.

“Nope. It’s a huge campus. I meet people daily I have never seen before.” Eli told him.

“Right. I don’t know her either, but clearly she clearly has something to do with all this.”

“Obsessed fan of yours maybe?” 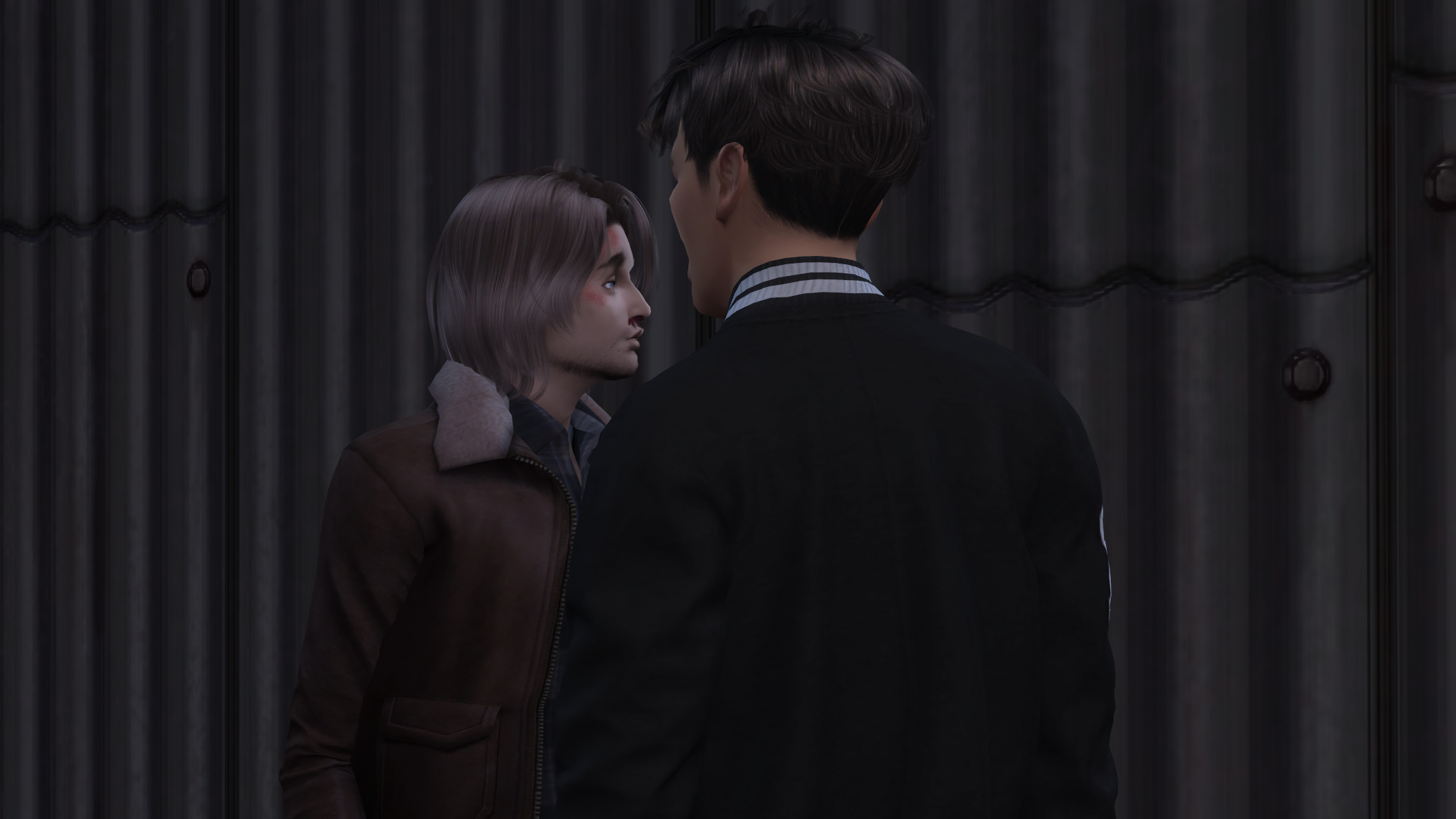 “Doubt it. I’ve been out of the spotlight too long. There is never a shortage of new generation celebs to take fans’ money. No, I highly doubt that. If that were it, we’d be sitting somewhere comfy and she’d be trying to convince me to leave Hailey to be with her or something.”

“Maybe a grumpy ex-lover? I mean from your time before Hailey. There were so many, could be one of them. Maybe thinking you’re a baby daddy or should be or something …”

“You know about that?” Blake frowned. Yikes. 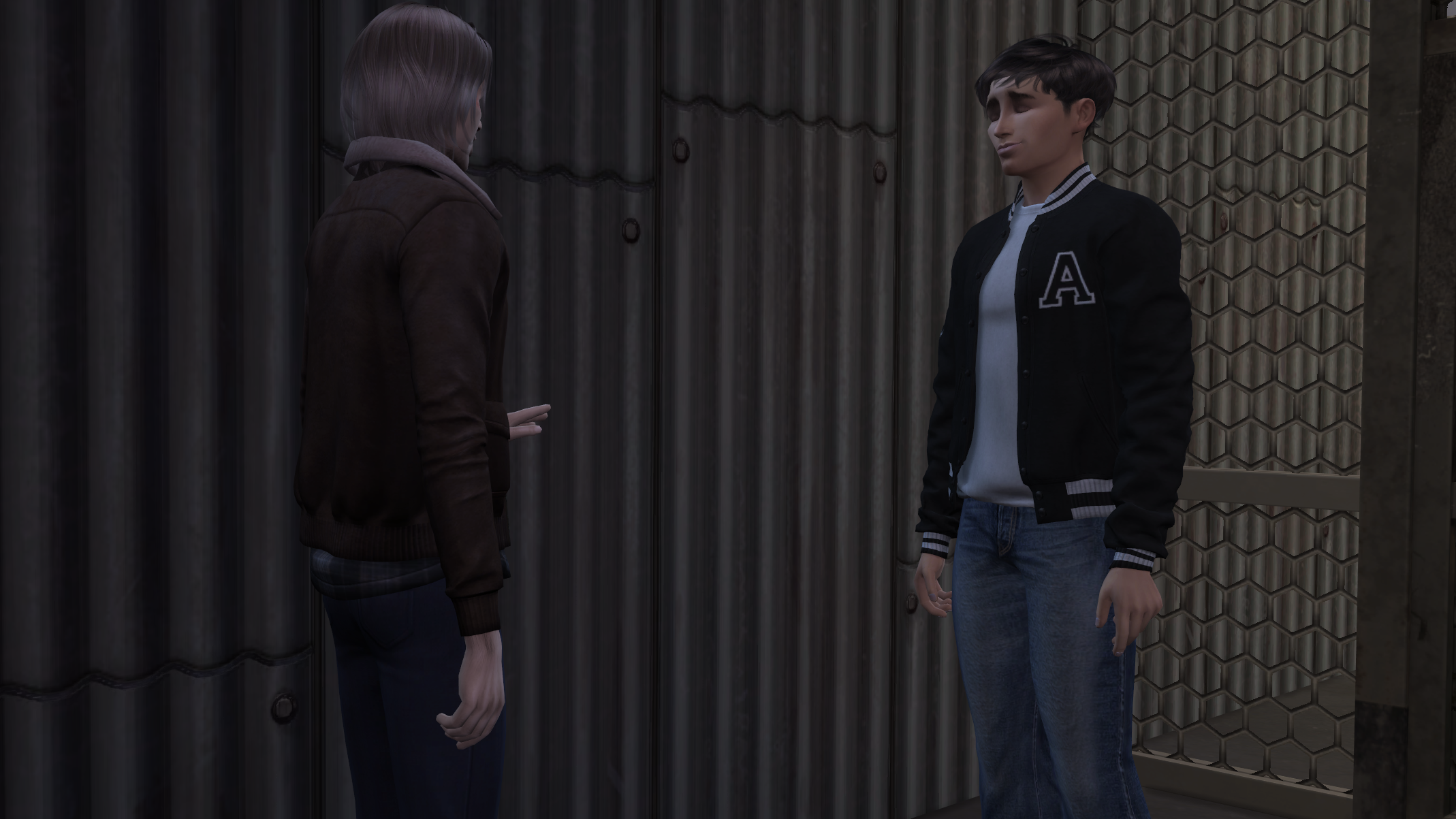 “Not sure how great that bit of news is … but no. The majority of the kind of women I used to ‘date’ before Hailz would only be interested if I were still raking in the dough and constantly in the media. A small music producer with a tiny house only slightly larger than the average shed would not even make them turn their heads, let alone go through this sort of effort.”

“You look like shit, by the way. Looks like you put up a good fight at least. Better than me, I just keeled over and ‘game over’ like a wimp.” Eli sighed.

“I wish, but reality is that all I remember is that bitch must have hit me over the head with something and I went down to kiss the pavement and take a nap. So, no fight at all, just the battle scars of one and feel like someone ran me over with an 18-wheeler a couple times. Do you have your phone?” 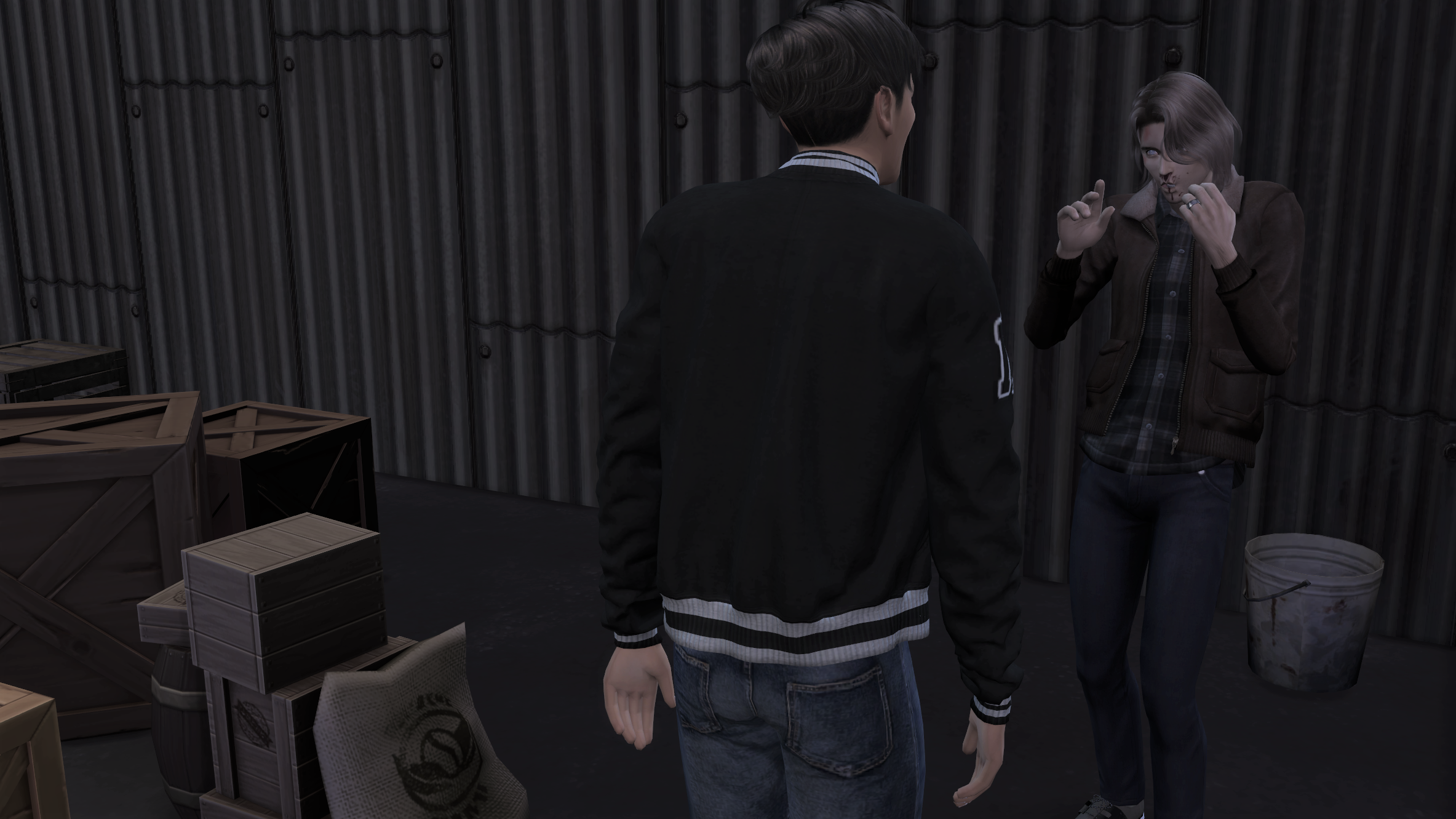 Elias patted around on his pockets, then shook his head.

“Figures. Would have been too easy. Do you have anything in your pockets that could help? Mine were cleaned out while I was out, my keys, wallet, even some gum, all gone.”

“Yeah, same. Well, shit. Took me forever to get dad to buy me that brandnew phone that just hit the market. It will be a day-long lecture if he hears I lost it.”

“Eli! Can you get real for a moment here?! You didn’t lose it, it was taken, just like you and I were taken! Your goddamn phone will be the least of dad’s worries, if we manage to get out of here alive!” Blake just couldn’t deal with Eli’s immature talk, his voice steadily increased, his head ended up sending jolts of pain through him as he watched his brother’s facial expression change to fear.

“You think they’ll … kill us? Oh my God … they’ll probably torture us. Or steal our organs … oh God!” Eli went into a downwards spiral. 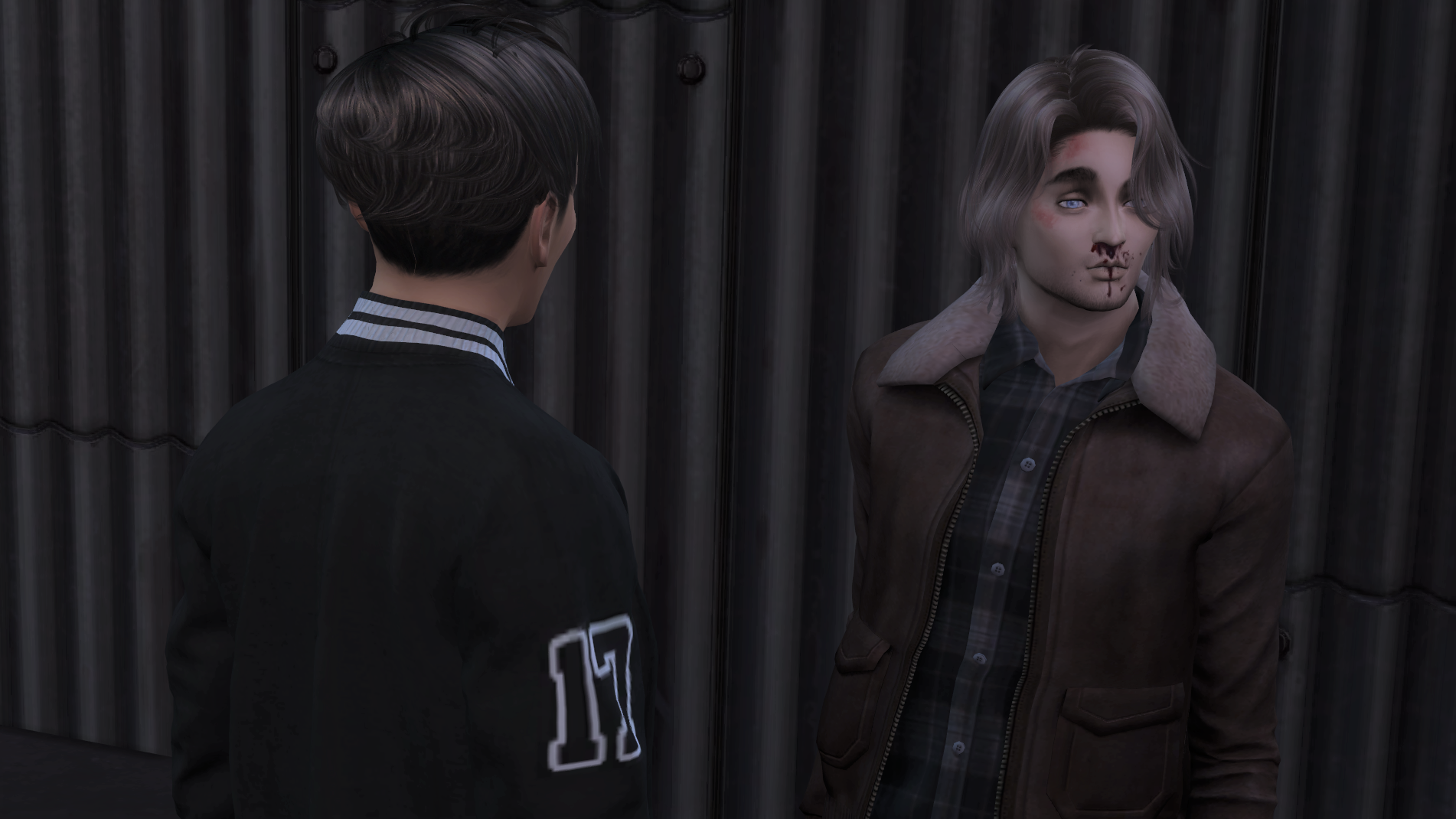 “No, no … forget I said that. They probably want something. Maybe they think dad’s loaded because of the company … or they found out about Blythe secretly being a runaway royal … or they really are some deranged fans and want me to put on a private show or whatever. We’ll get out. It will all be all right .. eventually.” Blake kept talking until he saw Eli relax.

Both pondered options of who could be their captors for a while, including ideas on how to get out, but nothing lead anywhere, when suddenly they heard a door unlock, steps on the stairs that echoed from the metal sheet siding and then a shape approach from the darkness behind. They were shining a flashlight on the ground before them, which they turned off as they reached the faint yellow light of the place Blake and Eli were held.

As they got close enough for the light to hit them, both Blake’s and Elias’ eyes grew wide. 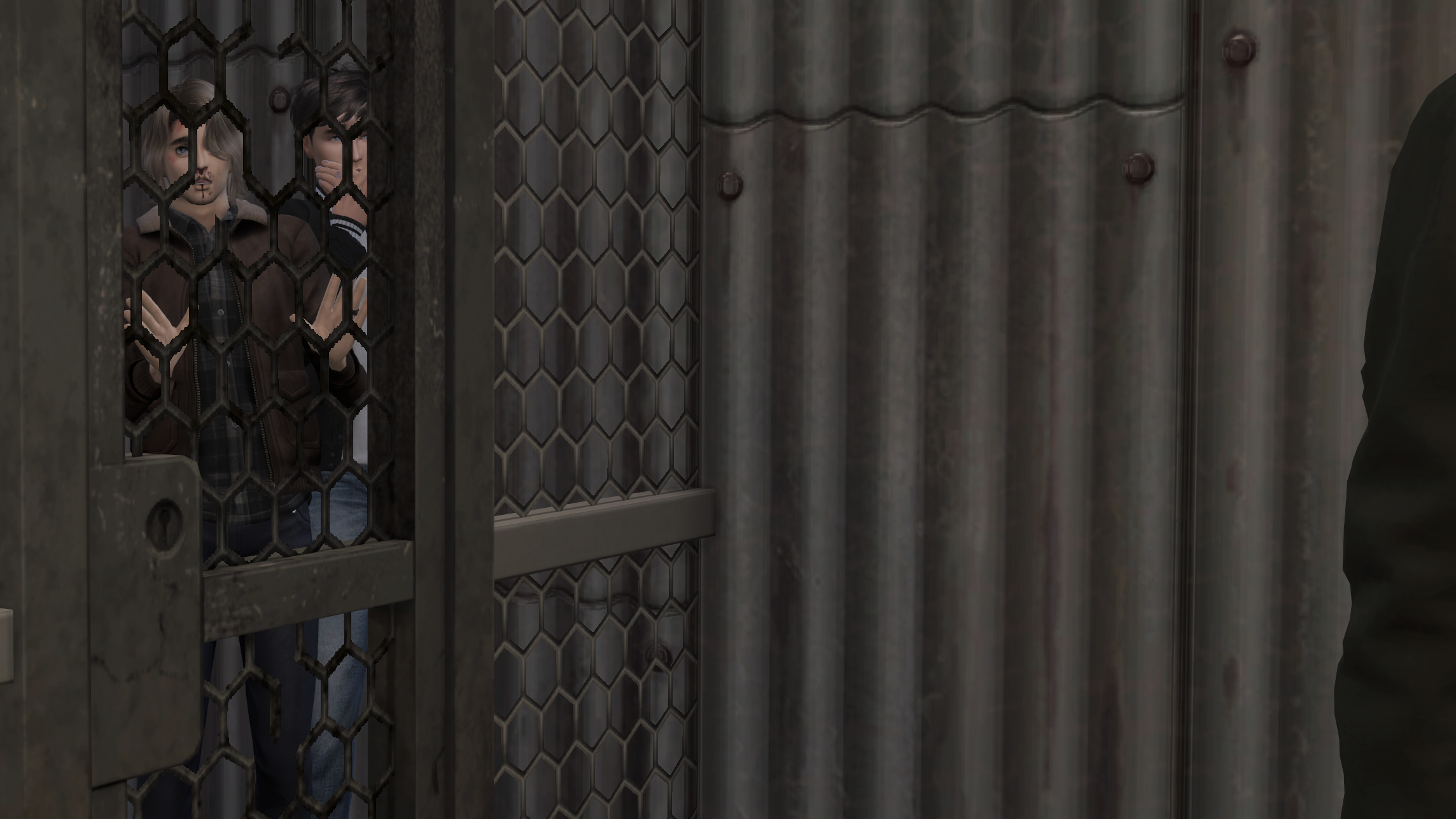 “You?!” they both said in almost unison, disbelief, worry and fear sounding in both men’s voices.

“Mrs. Cameron, I am awfully sorry having to tell you this so bluntly, but the blood that was found on the ground was definitely your husband’s. We should try to keep up hope, but you should also be prepared for the worst … In my experience cases like this one usually do not end like a fairy tale …” the rest of the detective’s words faded into a blur as a curtain of tears fell and Hailey shook in violent sobbing …