Blake and Elias stared on in horror.

Blake was the first to get his bearings about him enough to find his voice, he asked 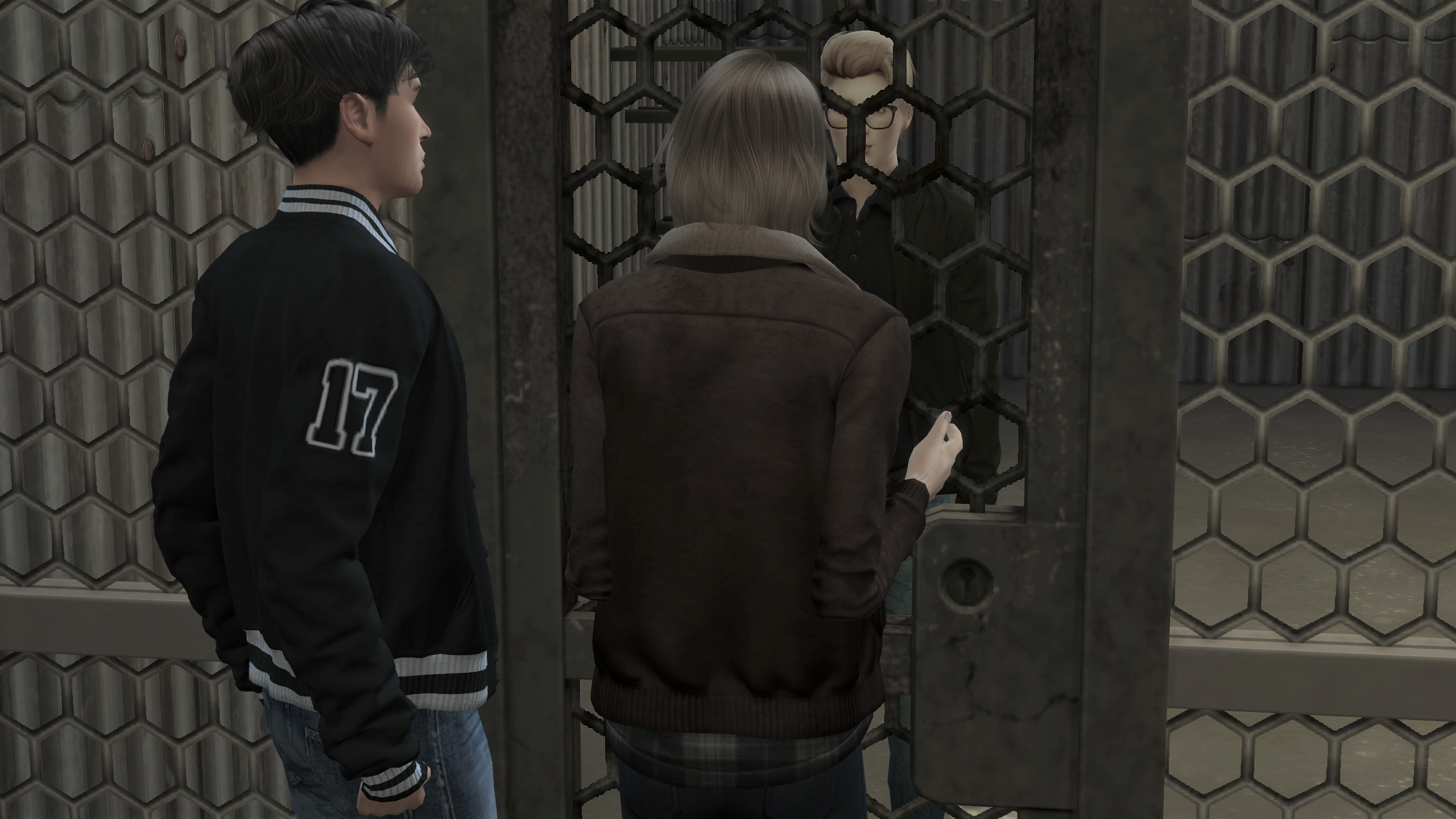 “Why do you think?!” their captor countered with a rhetorical question.

“If I had any clue, I would definitely not be asking you!” Blake snarled.

“What do you want?” Eli now chimed in.

“What I want is easy. Well, it would seem easy. May be tough. Then again, as arrogant and self-centered as you both are, it would probably be real easy.” 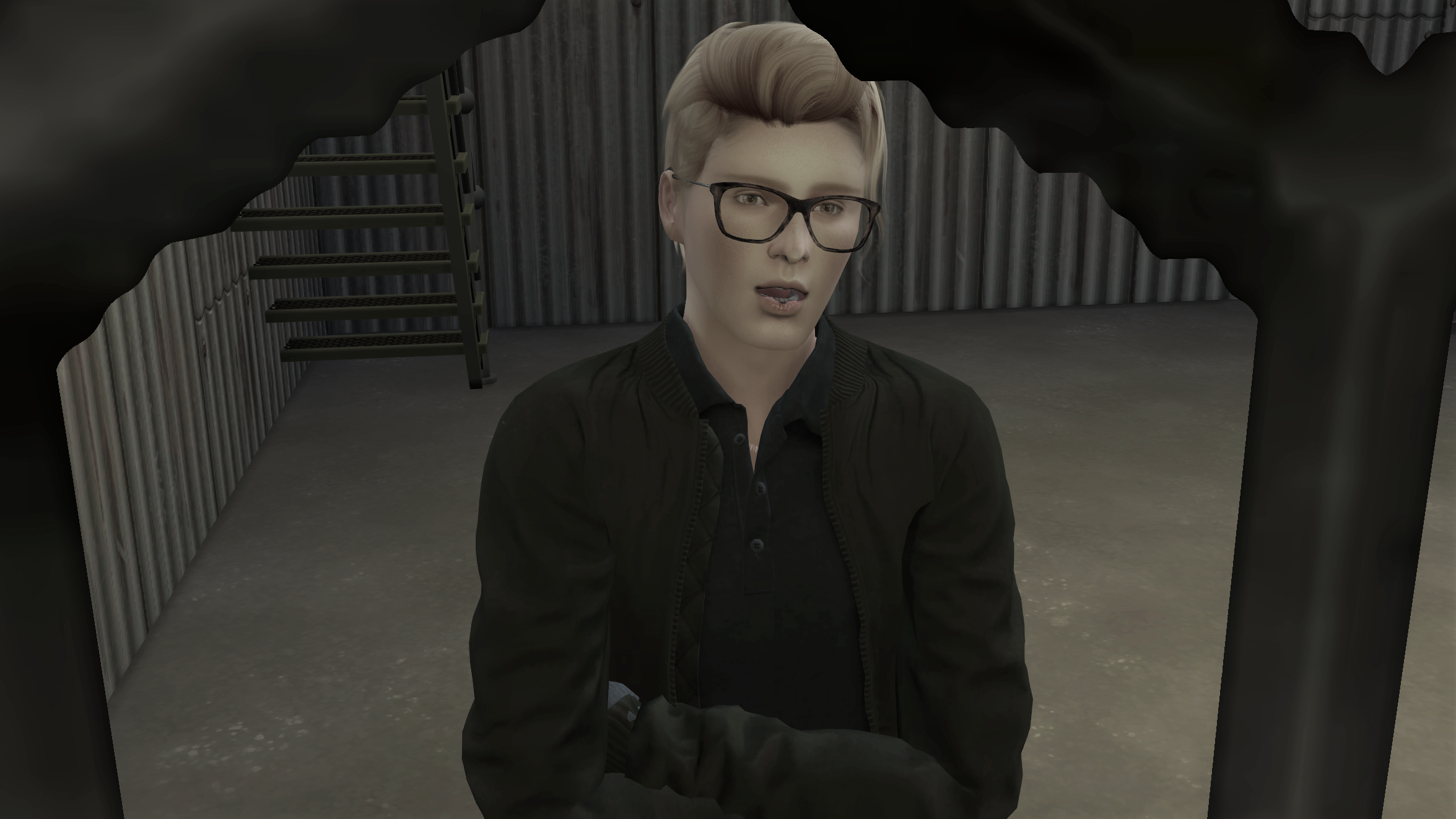 “Get to the point! Just say what you want and let’s end this BS. Eli and I both have places to be.”

“Yeah, the usual Cameron arrogance. You know what? Just for that, I am going to let you simmer a while longer. Enjoy!” he turned and walked back over to the stairs, began his ascend. 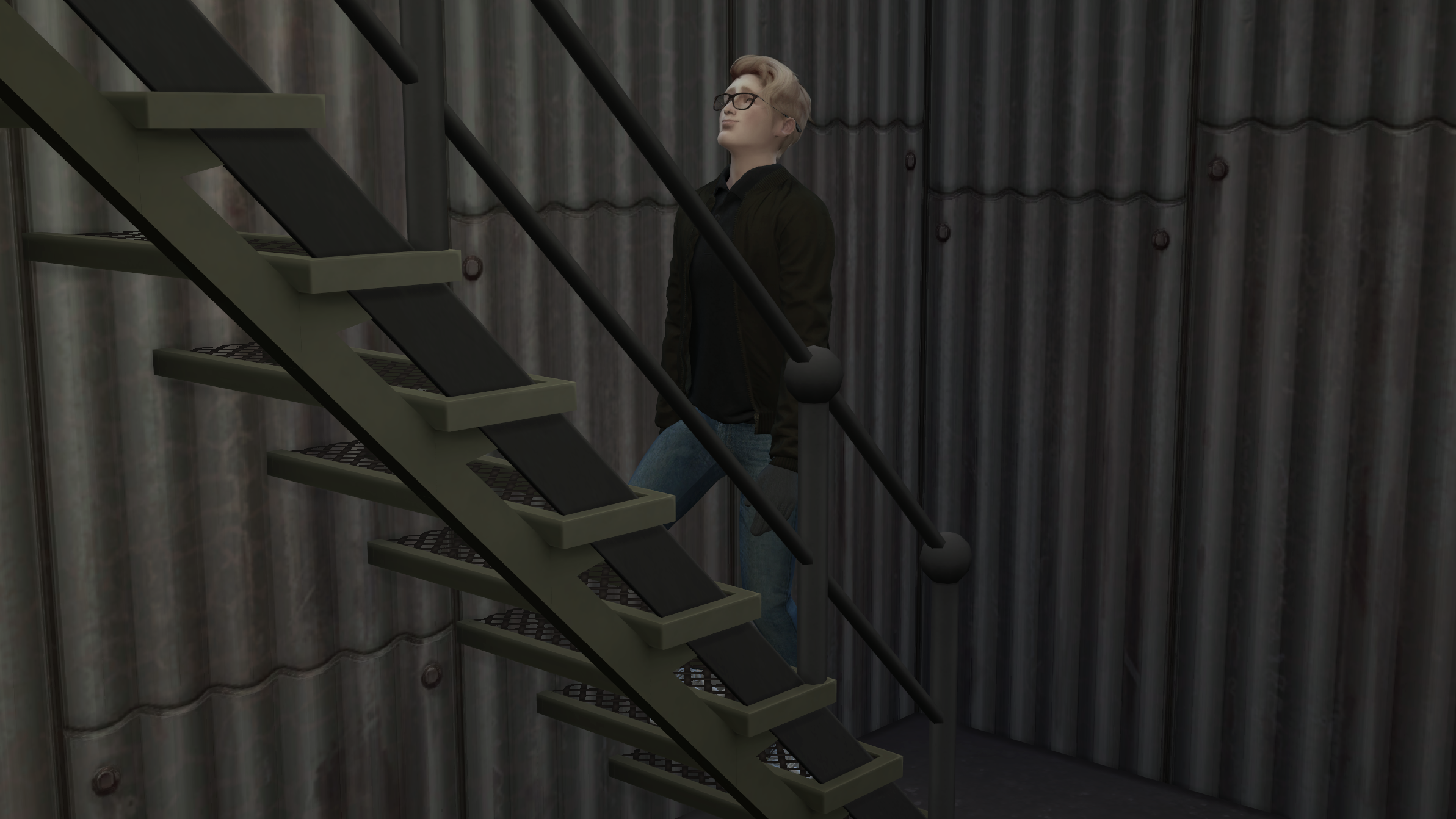 But he already left, leaving Blake and Eli to exchange shocked and confused looks.

“I know right? You just witnessed the essential Cory Pritchett in a very natural habitat for him, some creepy place watching someone else suffer. He should be in hog heaven now. Right at home.” Elias confirmed. 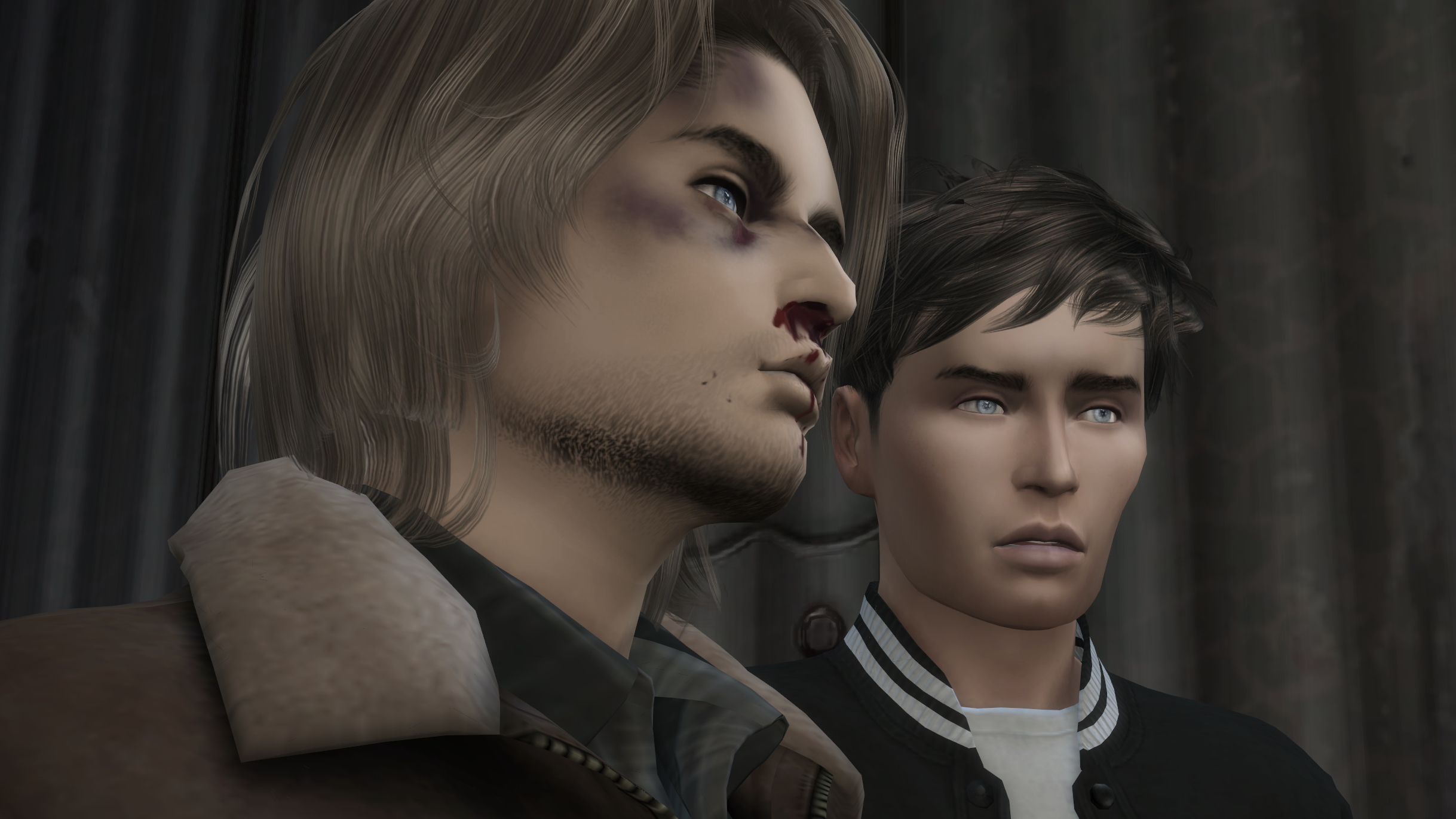 “Total whackjob! I know you always told us he was crazy, but I had no idea how true that was.” Blake said, shaking his head.

“I did. On a scale of 1 – 10, he’d be a solid 20. Why do you think I rather stayed with friends than at my own home while he was living there. I know Grace went psycho too after dad cheated on her, but I always wondered how she could have given birth to that human-shaped Godzilla Cory. He’s like the exact opposite of her.” 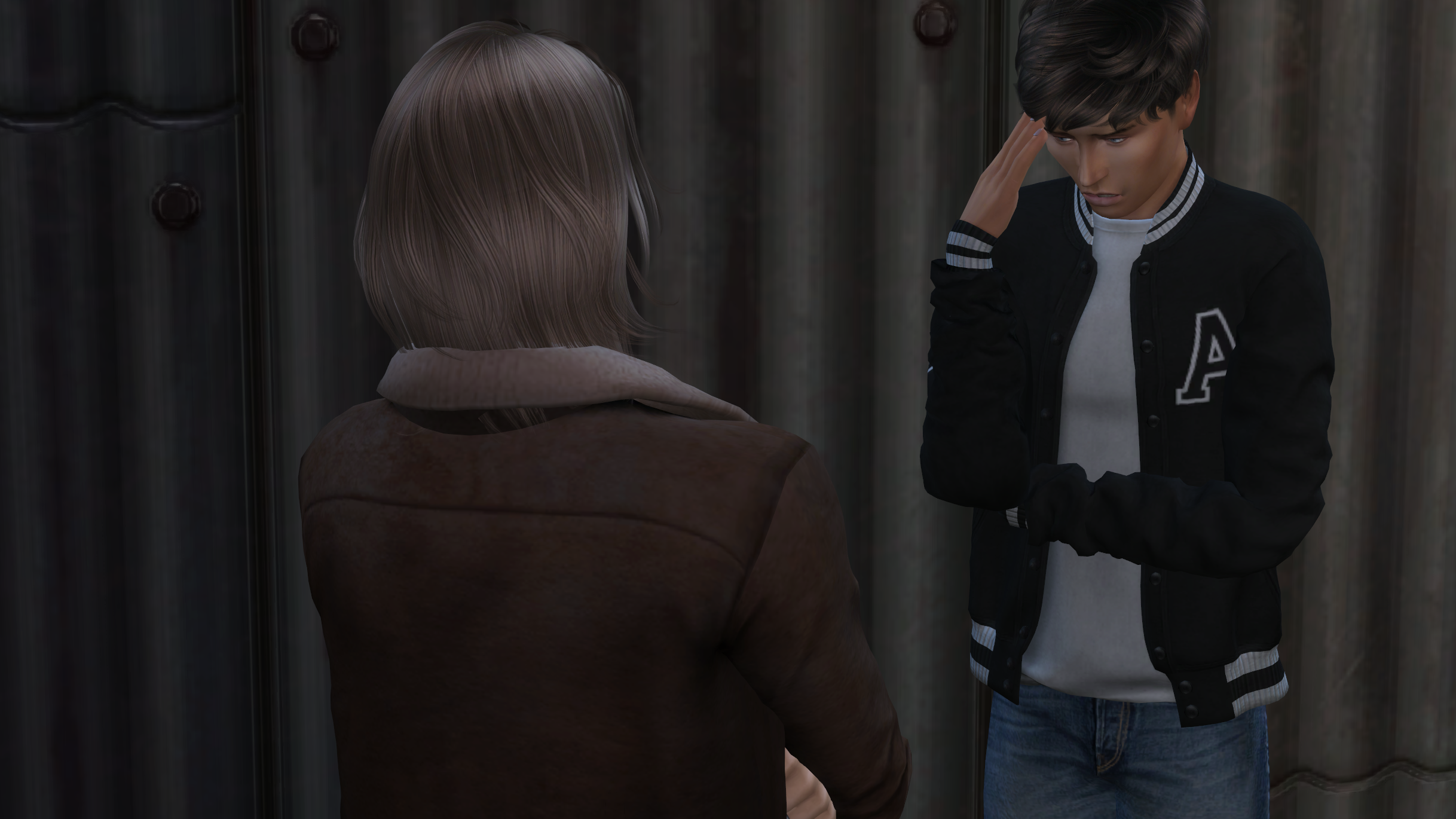 “Is he really that crazy or just swinging his stuff around to impress us? I cannot tell if he is bluffing or not. And how is he connected to that crazy-ass redhead that got us both in this mess, obviously by his request?” Blake wondered out aloud.

“Beats me. All I know for sure is that I wouldn’t trust him as far as I can throw him. Maybe he met her through some dating app for evil crazy people with delusions of grandeur or whatever. Match made in the insane asylum from hell.” Eli said.

“I really wish you would have come to me and told me details. We all just assumed you didn’t like the new step-brother. Holy hell. So now he wants payback. Still does not make any sense. Is this to punish dad for choosing you over him? Or about dad choosing Blythe over his mother? Or for his mother choosing dad and you over him?” Blake felt protective of his younger brother and upset that he had missed all the signs. 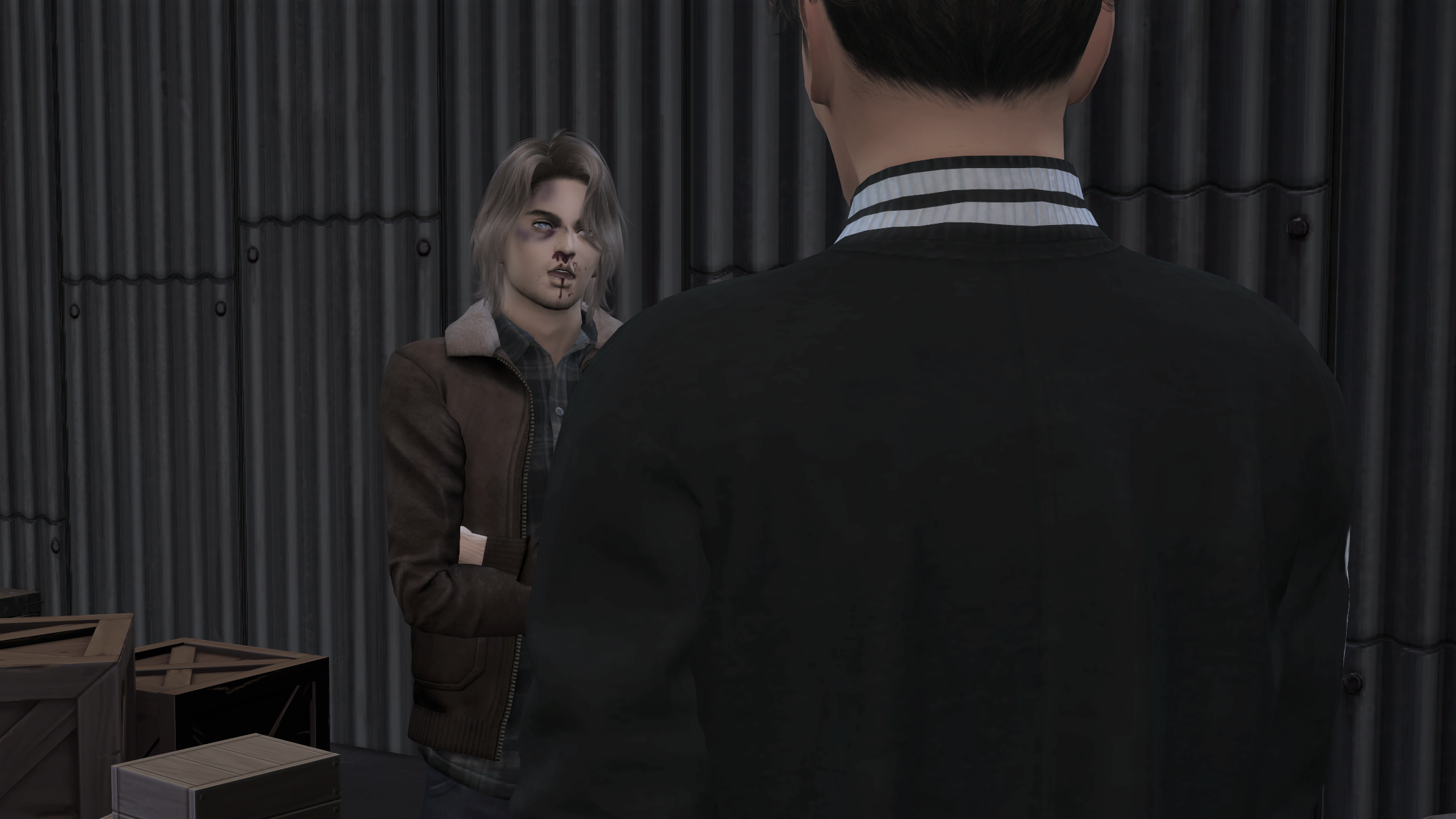 “As if I understood the insane workings of Cory Pritchett. I doubt even he understands himself half the time.” 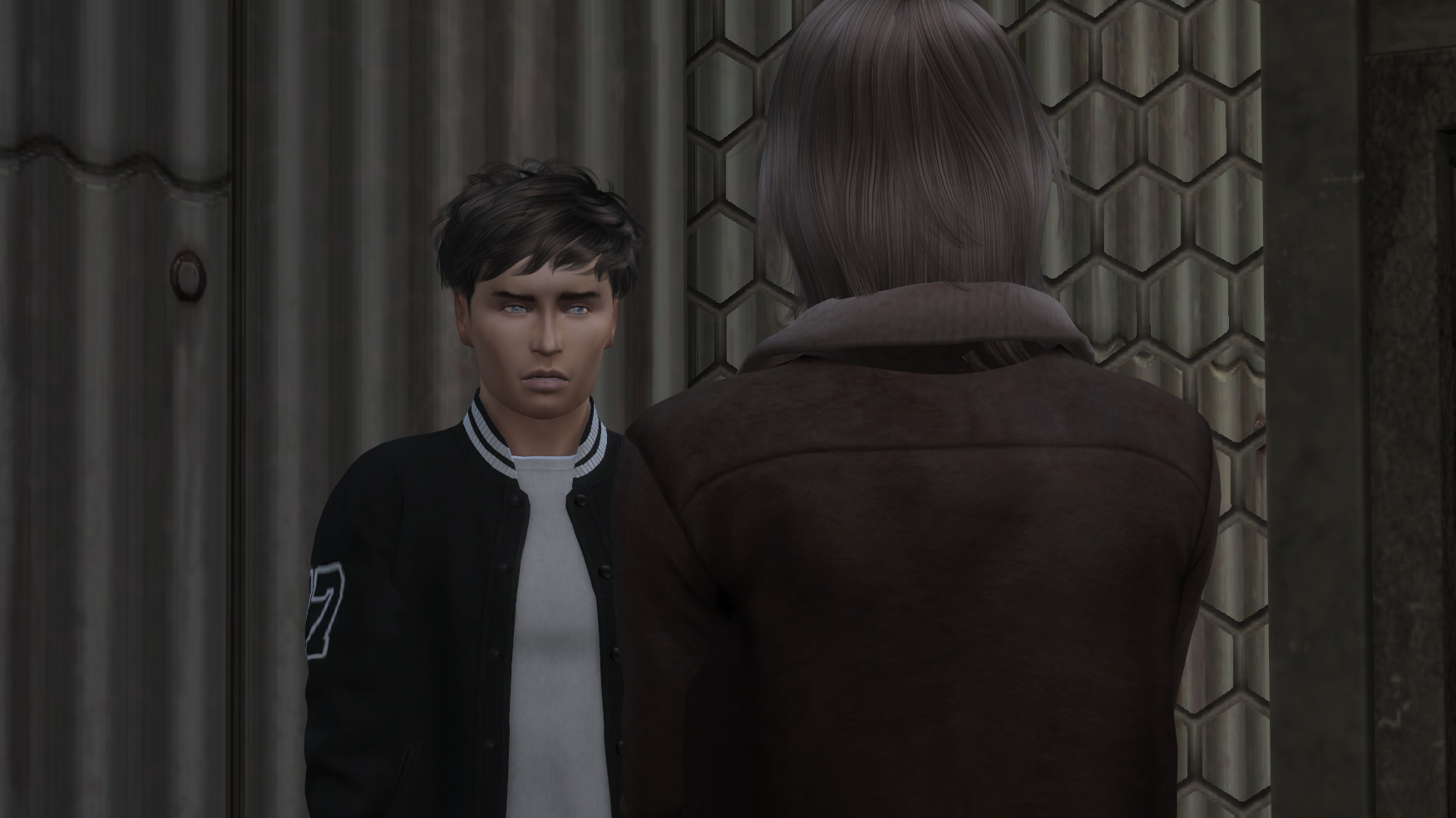 “Nah. I mean, she ended up being a bitch and all, but I doubt she’d sink this low. If she did, I don’t think she’d have her precious boy do it for her, she’d be here herself, if only to see us miserable. His father, maybe. He’s the same flavor of weirdo as his son.” Eli told Blake. 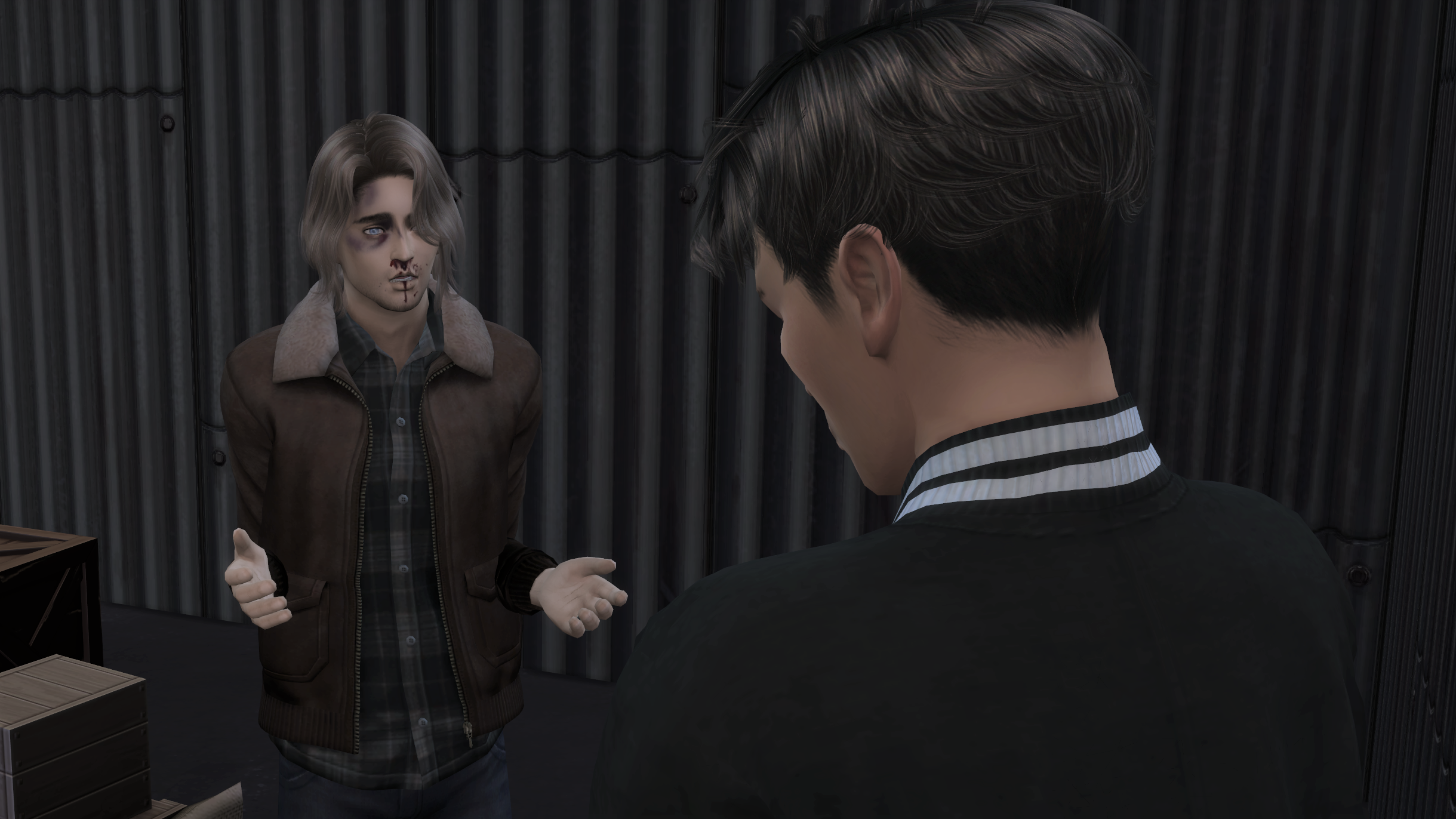 “Cop, my ass. Some desk jockey, computer nerd, who failed the academy a few times, according to dad.”

The young men pondered options but eventually got tired of the speculations leading nowhere.

It wasn’t until the next day that they would see Cory again.

“Dude, when are we going to get something to drink and eat? It’s been days …” Blake demanded.

“You have a bathroom, see that bucket in the corner. Use that. No food or water, this isn’t a luxury hotel, ladies. But you get to make a choice, Blake. Once you do, things will change for the both of you. Not before. Oh, and in case I haven’t told you enough, you both are idiots.” Cory told them. 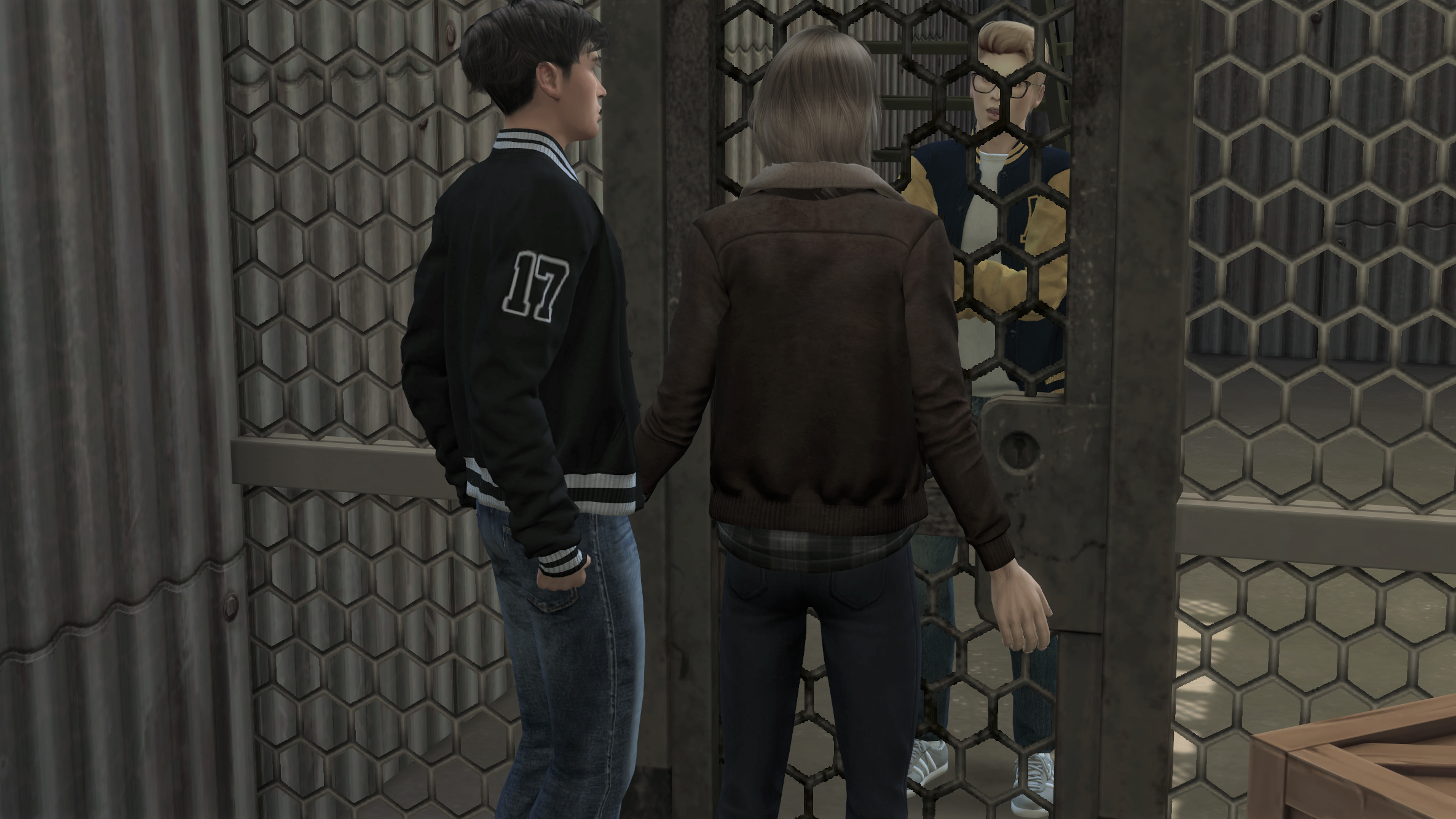 “Sounds like we are in good company then. What choice?” Blake was annoyed.

“Which one of you goes free. One will go free, the other will stay here and eventually either starve to death or die of thirst. Because you are IDIOTS.” Cory laughed at his own words.

“WHAT?!” Elias couldn’t believe his ears.

“You are deranged!” Blake told him. 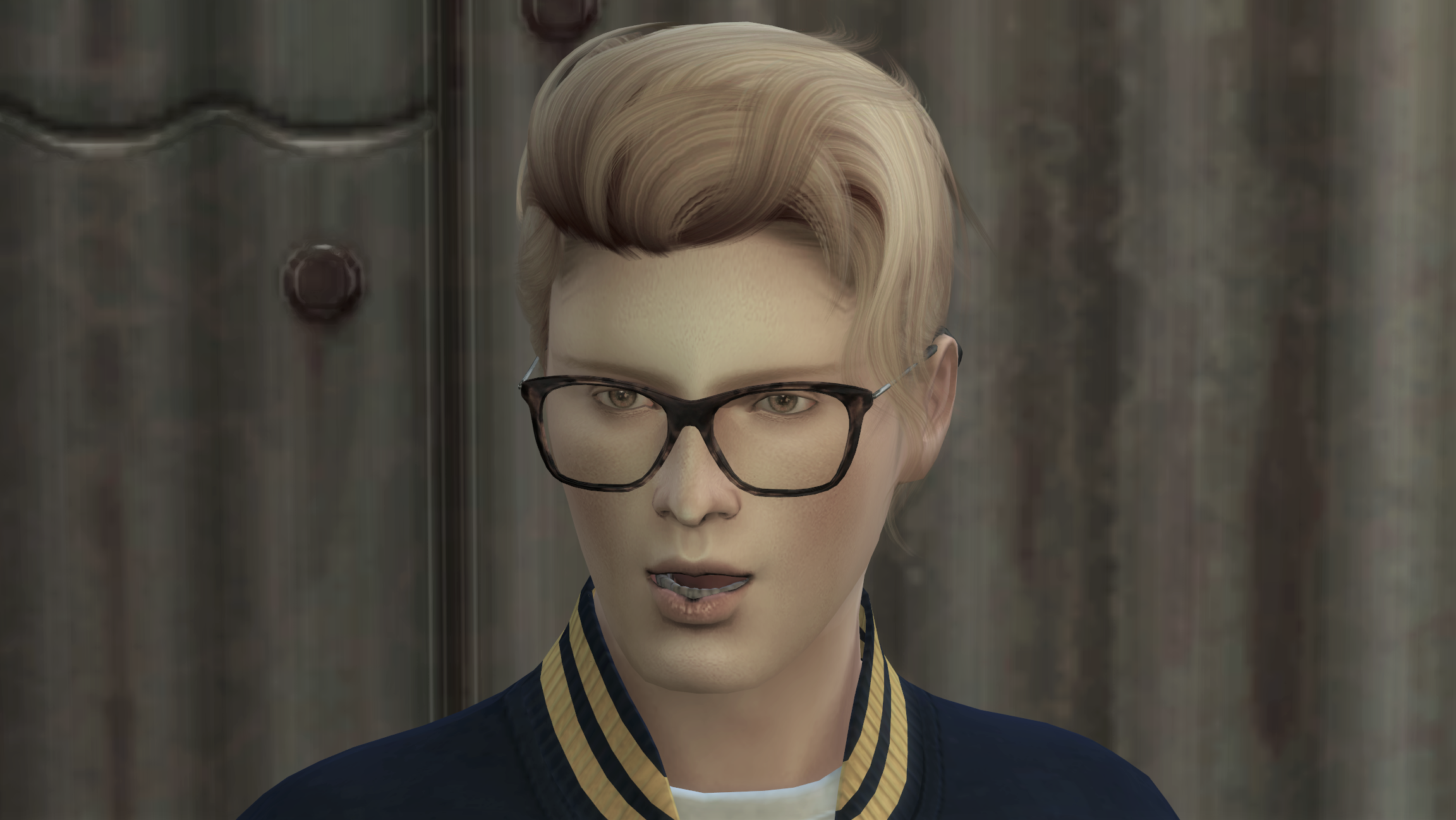 “What?! Never! I’ll stay. You have a wife and kid. I’ll stay and you go home and think of something to fix this.” Elias told his brother.

“Well, what is your final answer, Blake. You are the one with the choice.” Cory said.

“Because I said so, that’s why! Choose and quit trying my patience or I’ll walk away and leave both of you to rot here. Which you would, because you are IDIOTS!” 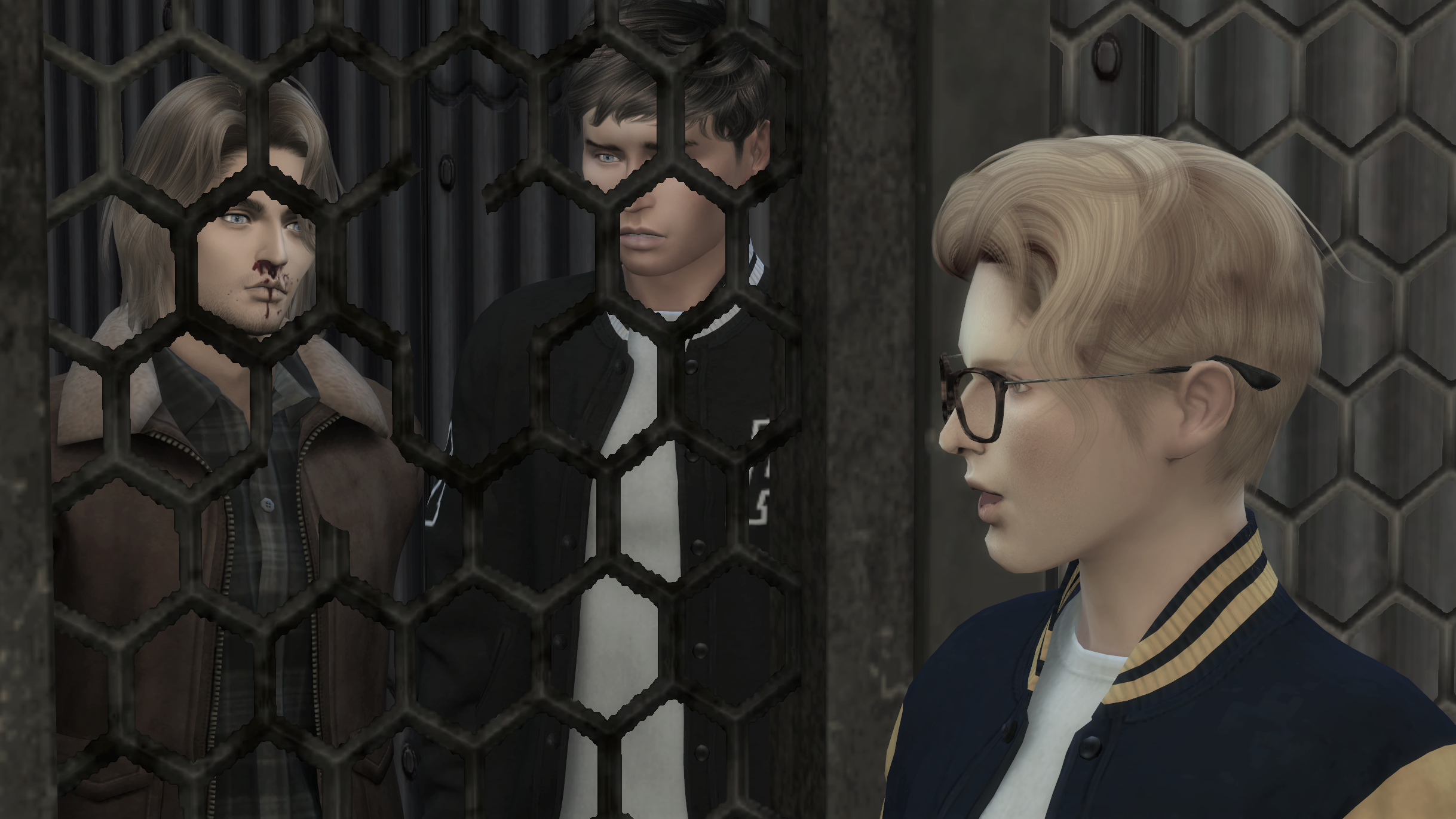 “Wow. You actually surprised me, Cameron. I would have never thought you’d choose this quickly. And I never thought you’d save your bastard brother over yourself. Whaddaya know. Well, your wife is kinda pretty and still young enough. She should find a new husband to help raise your brat.”

“I am NOT going!” Elias established.

“You really think you have a choice? I was hoping I’d be right and he’d save himself. I cannot stand either of you two, but you Elias are the worst. Such an arrogant, spoiled brat, with no sense of what life is really like, everything just shoved up your ass all your life, everyone just cooing over you as you act like a douche, while others get dismissed like servants. Disgusting!” hatred oozed from Cory’s words. 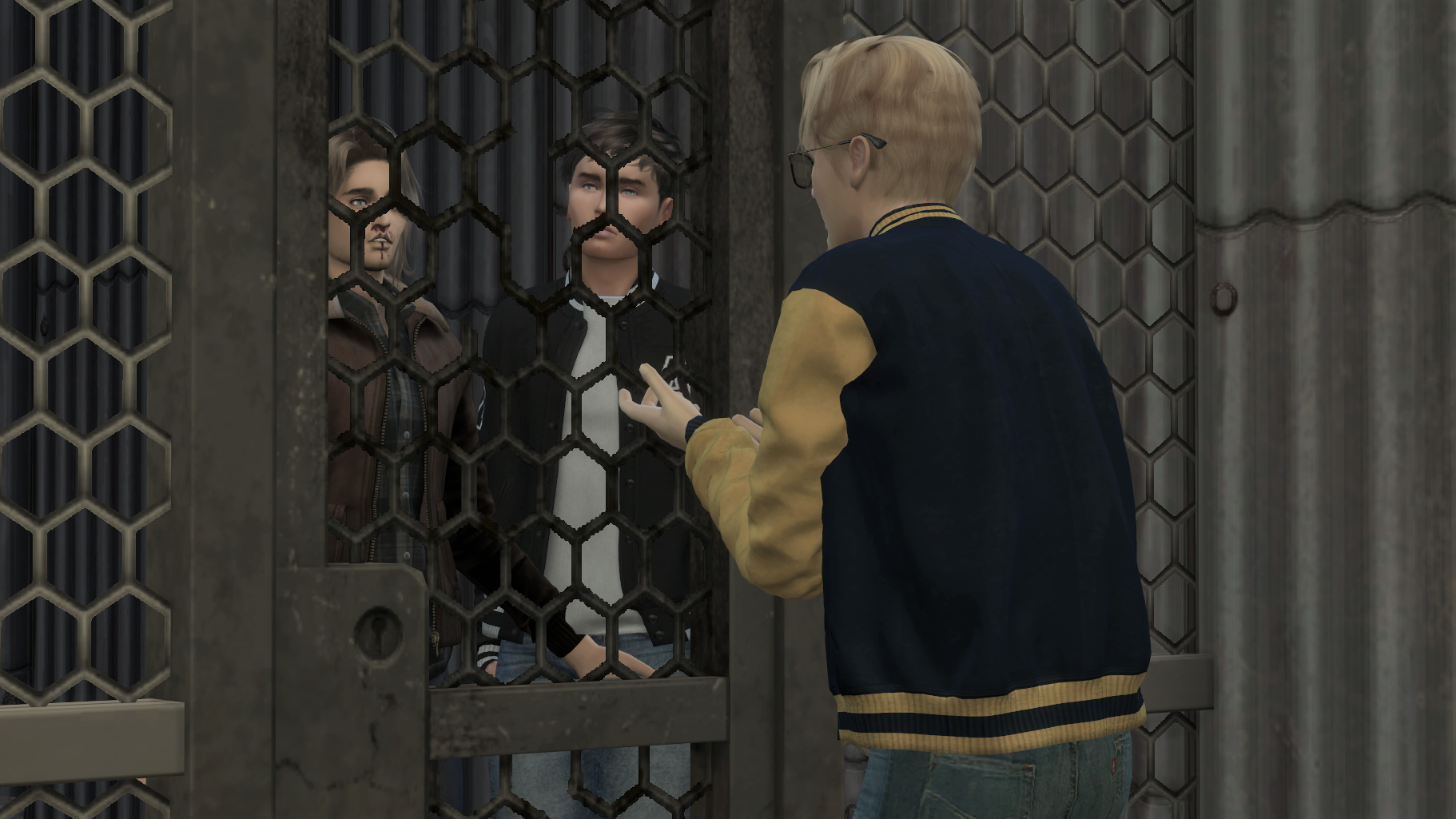 “Why all this though? If you wanted to kill one of us, or both, why all this drama?” Blake asked.

“Kill? I don’t care if either of you live or die. I want you to know what pain and suffering is like. This is about what your father did to me, to my father and to my mother. MY family. Your nasty father, that pig, he broke my family apart, then discarded me like trash, making my mother choose him over me before he got tired of her too. He hurt my dad, destroyed all of our lives. He is supposed to remember what he has done for the rest of his life. Sure I could just keep both of you here and watch you squirm as you get weaker and weaker, maybe you’d eat each other when you get too hungry and go crazy … who knows? Like a real life episode of ‘Survivor’. But honestly, I want to not even think of you again after this is over. It’s much better if one of you lives with the guilt while the other had to suffer because of a choice they made, and your father remembering that very fact every single time he looks at you from then on forward. Knowing him, he won’t be able to take it and send you away anyway. Just you wait.” 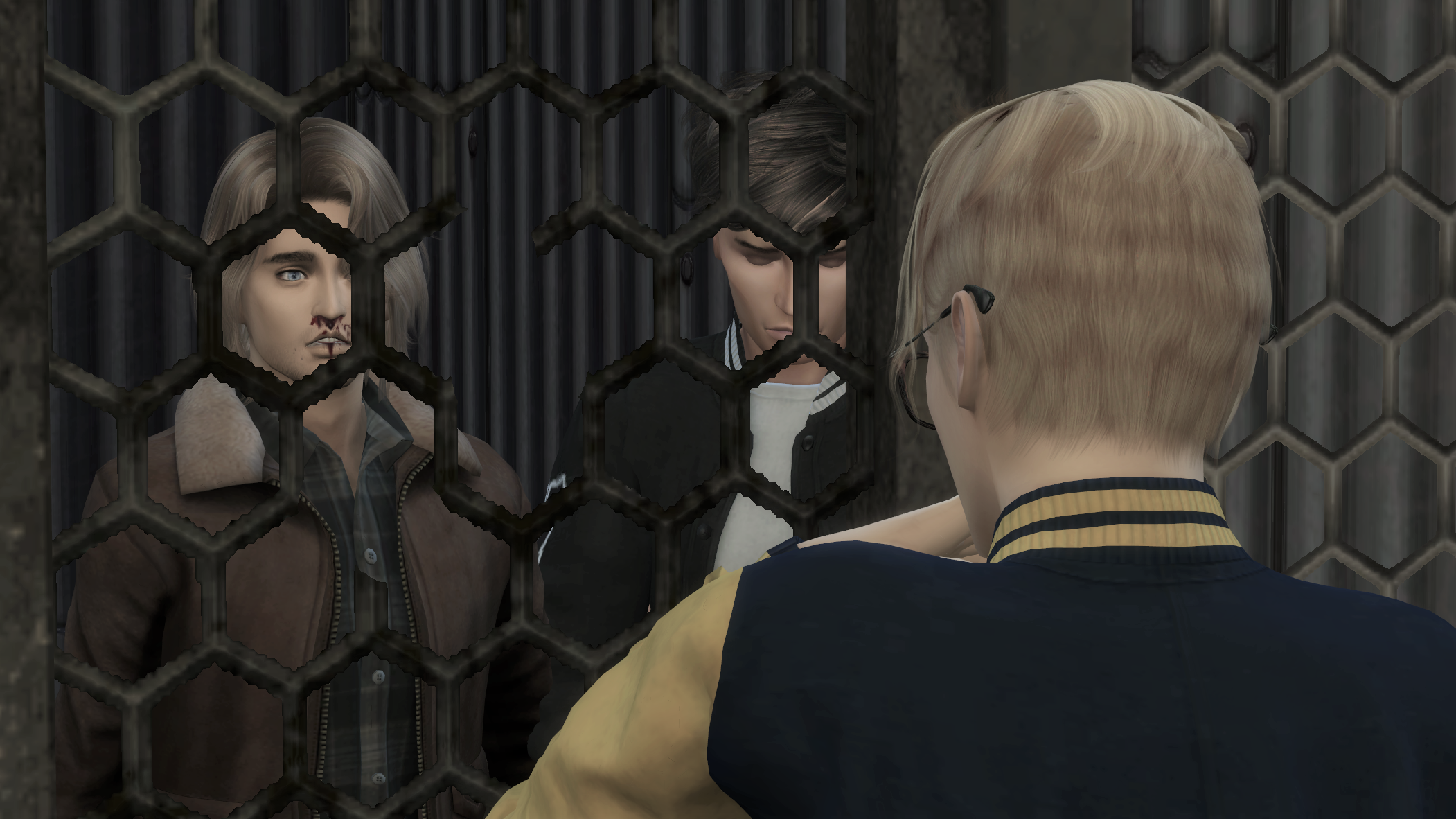 “You really are deranged.” Blake couldn’t believe what he was hearing.

“Oh no. I am perfectly clear. You both are the ones who are not right in the head, thinking you and your family could do that to others while you live your happily ever after. My mother is falling apart, suffering, for pain and humiliation. Because of your father. Now your rotten father and his whore will find out what that feels like. And so will you.”

Hatred was spewing from Cory’s words and Blake knew he meant every word. He knew he wasn’t bluffing and he also knew there was no chance of talking sense into him.

“Well, nice chatting with you. Actually, it wasn’t. I despise both of you so much, and your voices are like fingernails on chalkboard so I am really gonna enjoy this.” 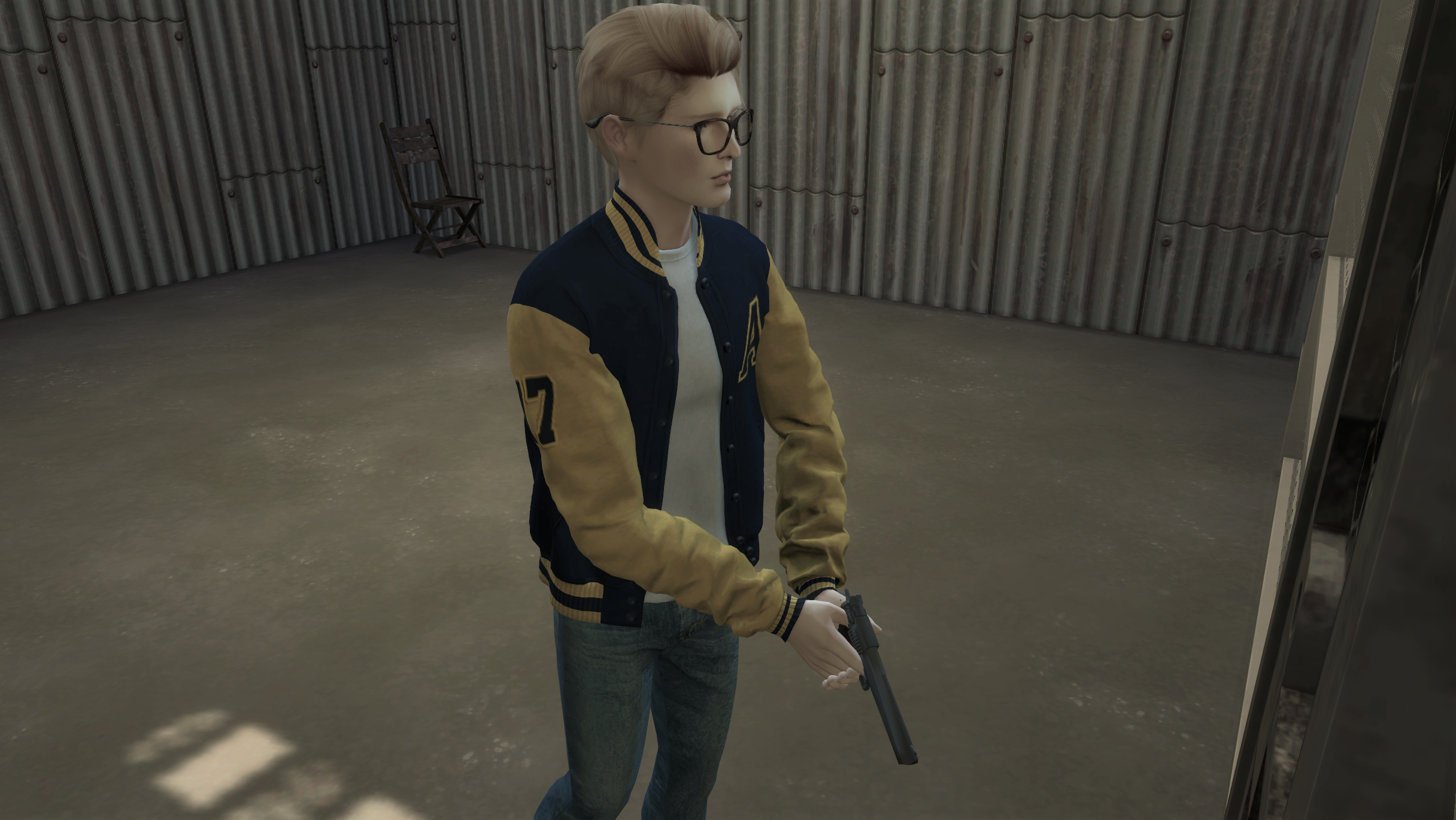 Suddenly he brandished what looked like a gun, quickly aimed, before either could stifle their shock he had pulled the trigger and with baffling precision hit Eli, whose eyes opened wide in disbelief, then he went down like a house of cards in a breeze.

“NOOOOOOOOOOOOO!” Blake screamed, ran over to Elias, caught him in his arms, gently guiding him to the ground. 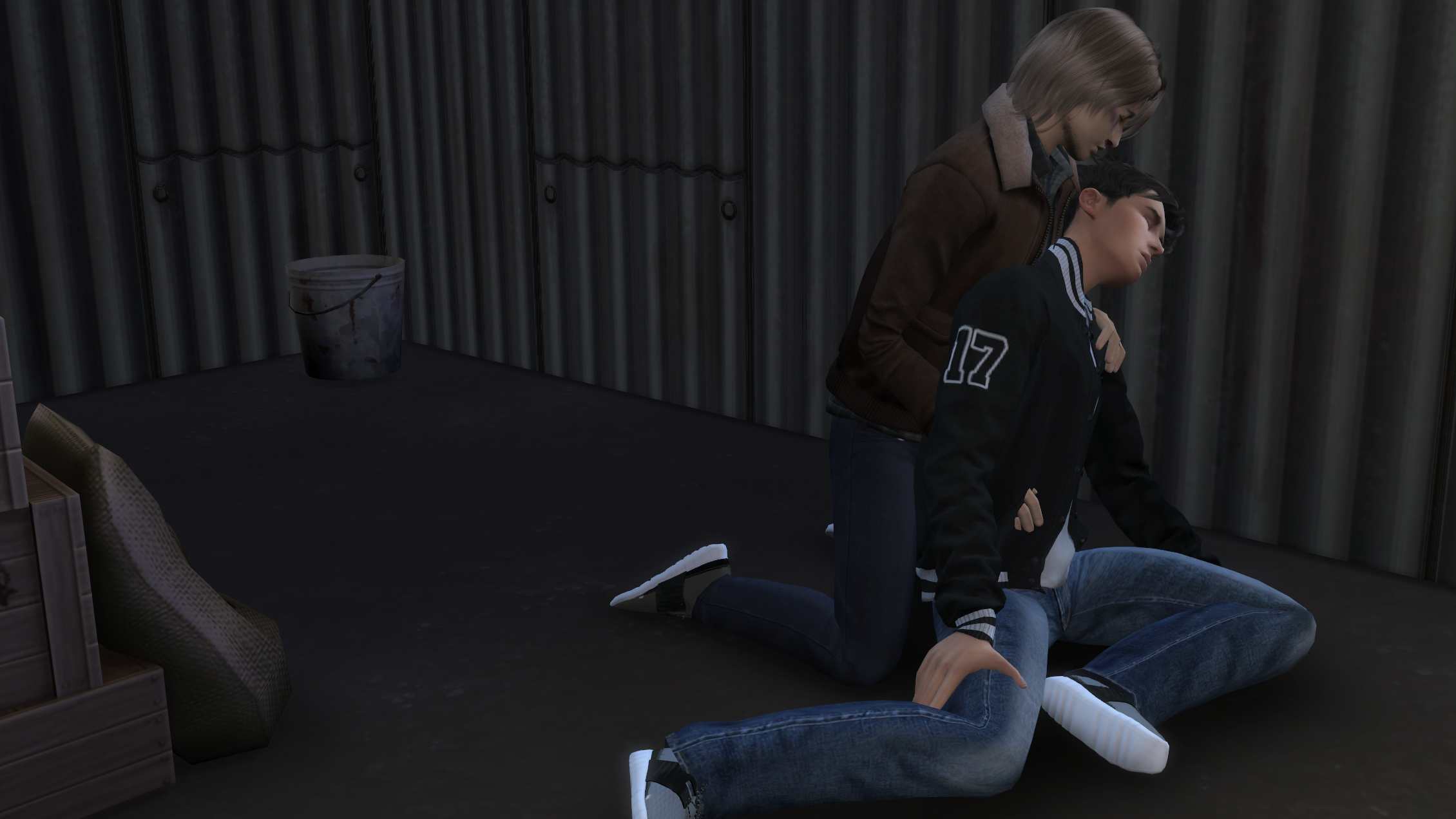 Eli was going limb fast and in shock, Blake muttered calming words he didn’t even believe himself to his younger brother, who started twitching awkwardly before he became absolutely still and heavy in Blake’s arms. 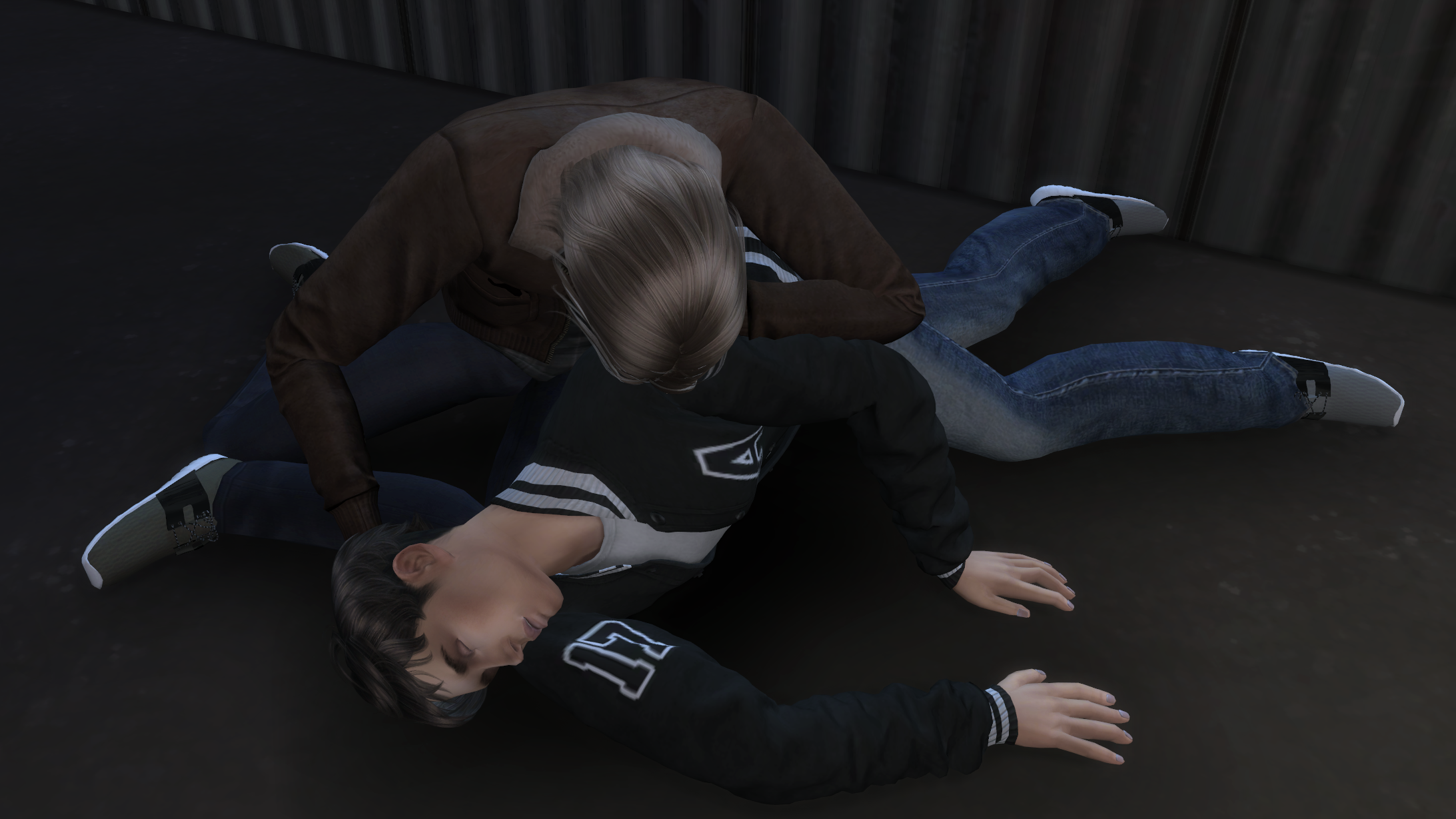 Blake barely even acknowledged the laughter echoing off the walls and the steps as he rushed to Eli bend over his brother … until he felt the impact, everything went black and he lost consciousness. 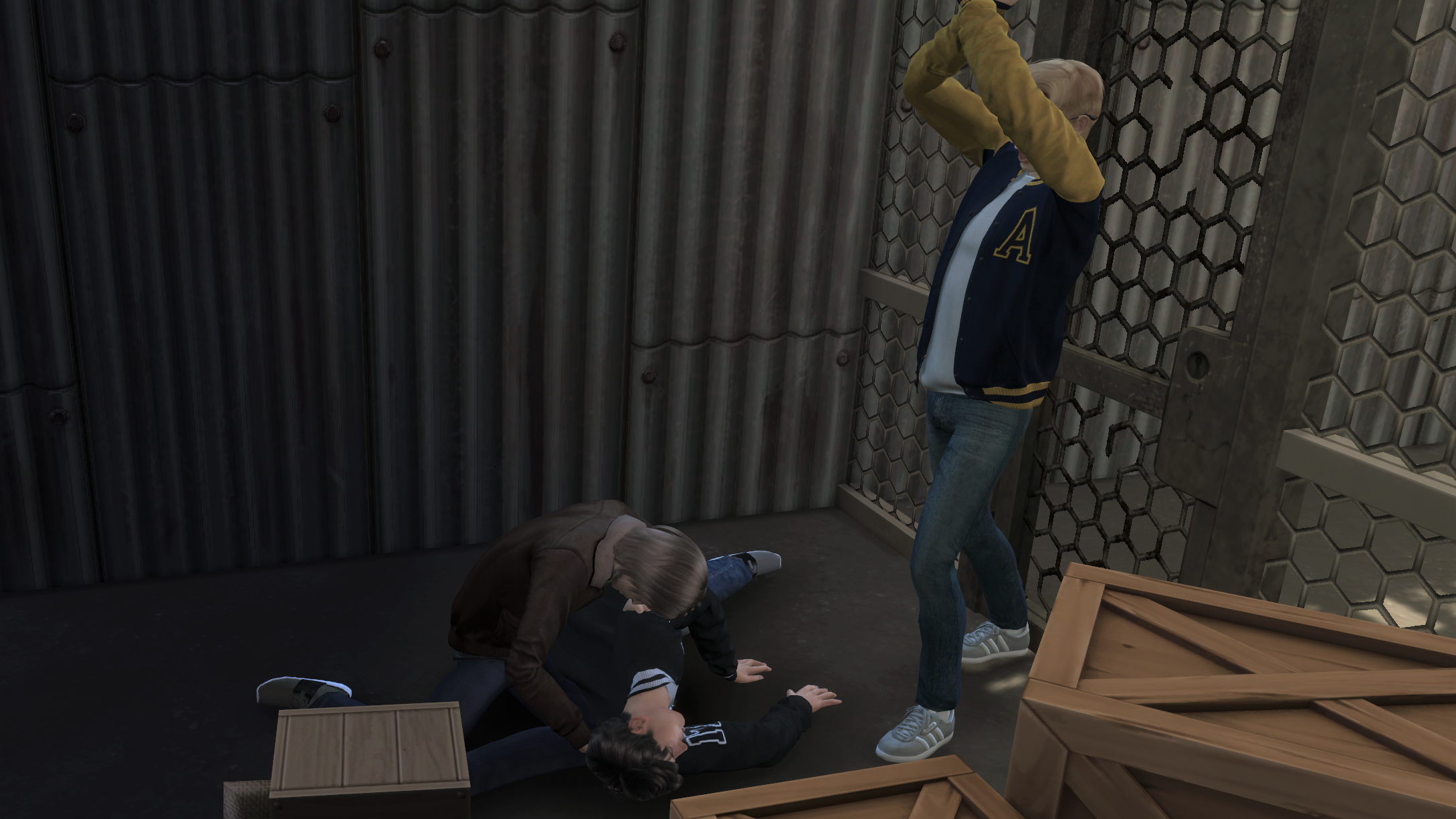 Blake never felt himself hitting the ground or anything that followed. 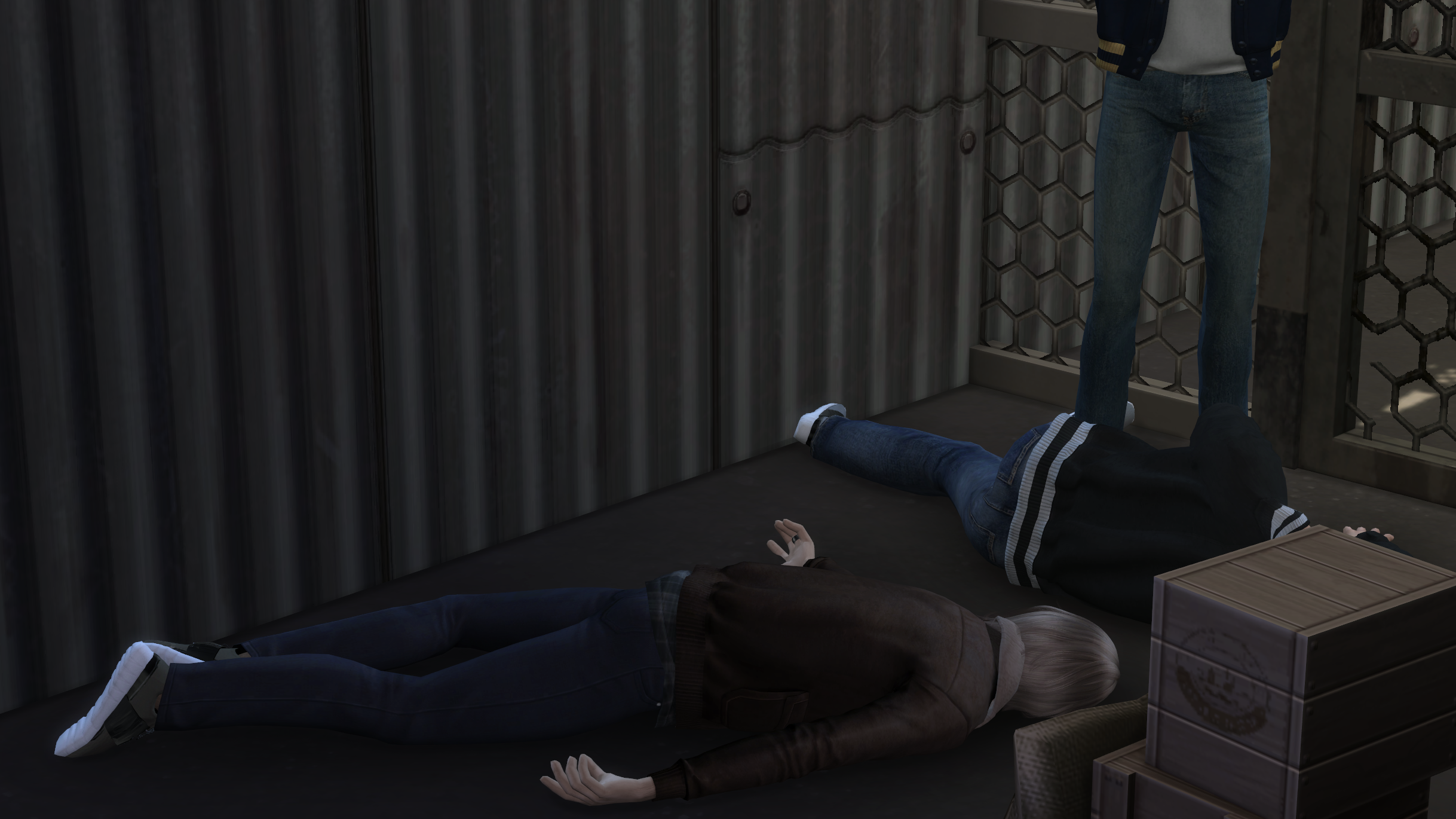