When he awoke he blinked against bright lights. He recognized immediately that he was aching with pain. A dull, never-changing, nagging pain but somehow dulled, probably through medications.

He heard humming and repetitive beeping, bubbling. It reeked of sanitizer and … hospital.

He turned his head, or tried to, but it wouldn’t go. Exhausted he moaned and shut his eyes again.

“Doctor!” he heard an unfamiliar voice.

Suddenly there was someone looking at him, talking to him, touching him.

“Can you hear me? Can you understand me?” 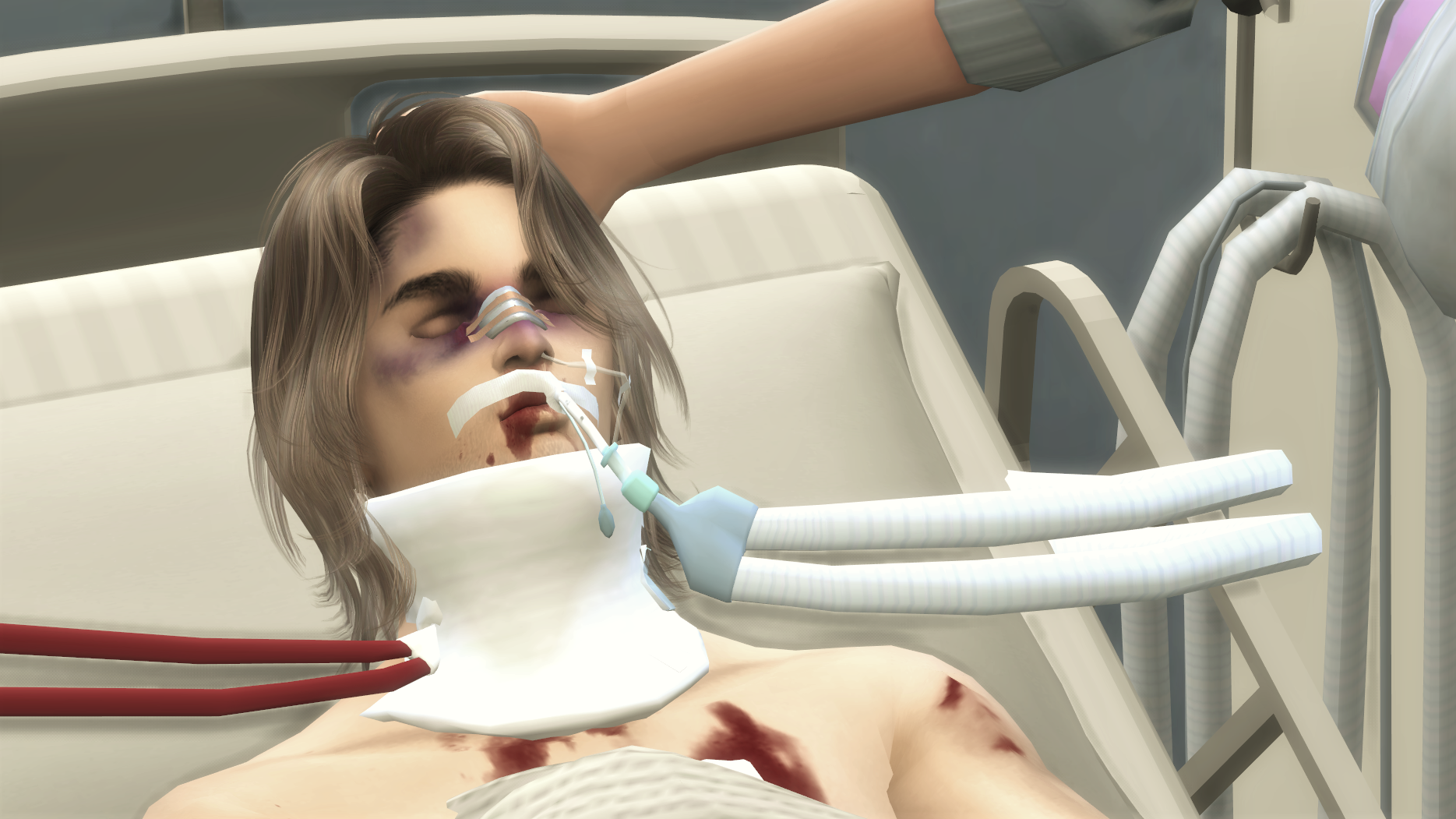 Blake wanted to answer, but no sounds came, so he tried to nod, which didn’t work either. He moaned in surprise, scared.

“Lay still. You have been in an accident and we stabilized your neck. Can you speak?”

“Uh .. uh …” Blake got out some sound. Why wouldn’t words come? He tried again but only odd sounds made it.

“Can you use any words?” the person tending to him inquired. 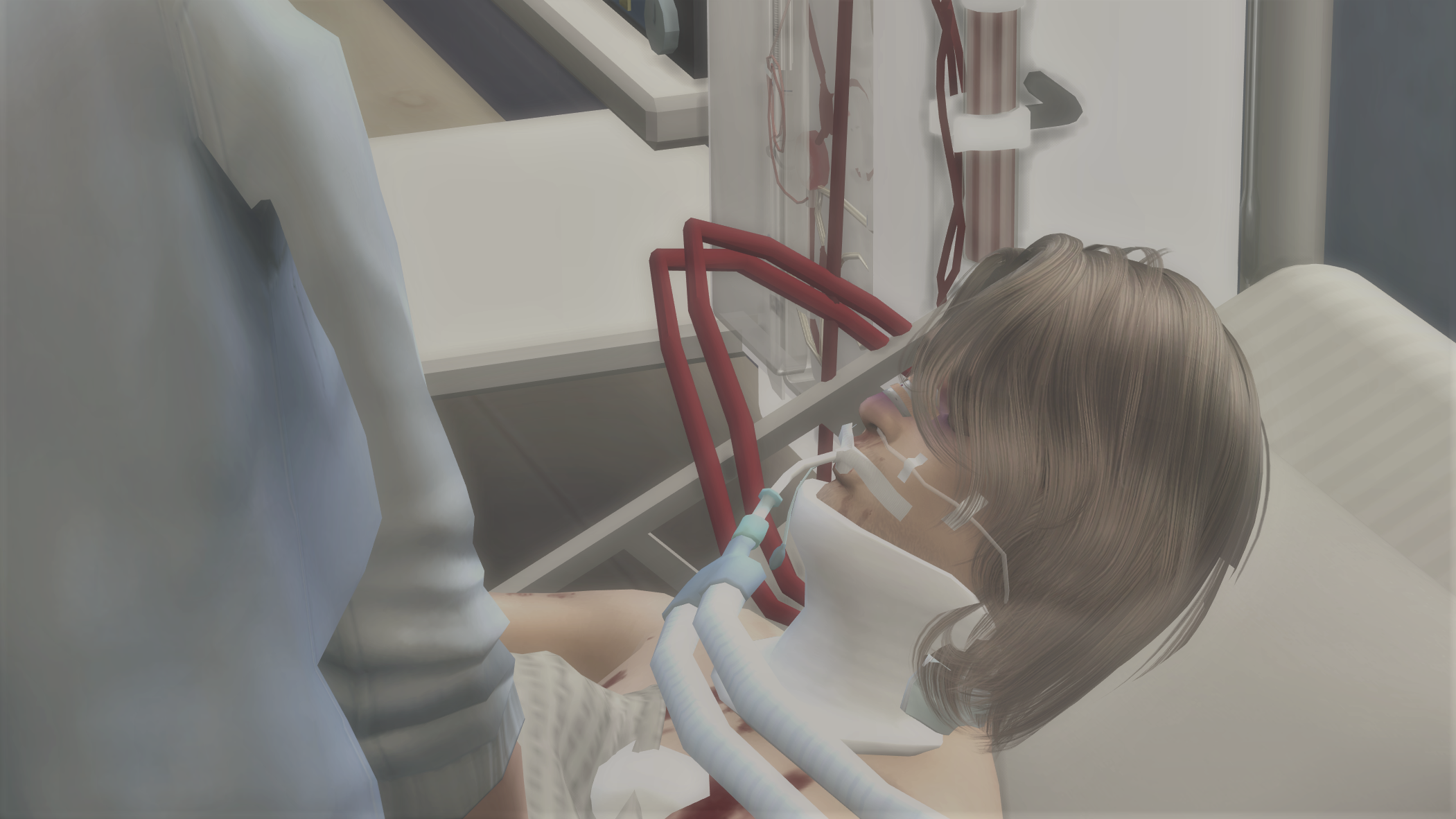 “I see. But you do understand my words, right?”

“Uh huh.” Blake confirmed. What the hell?! Say something! he commanded himself but the results remained unchanged. He began nervous wiggling, panicked.

“Please stay calm. This is not unusual after such a traumatic accident. You are lucky to be alive. Just so you know, you are in a hospital, the ICU, trauma unit to be exact, and you have been in a coma for the past 4 months. Your injuries were too much for your weakened body to deal with. Do you remember your name? You had no IDs on you at all. Do you recall being robbed?” 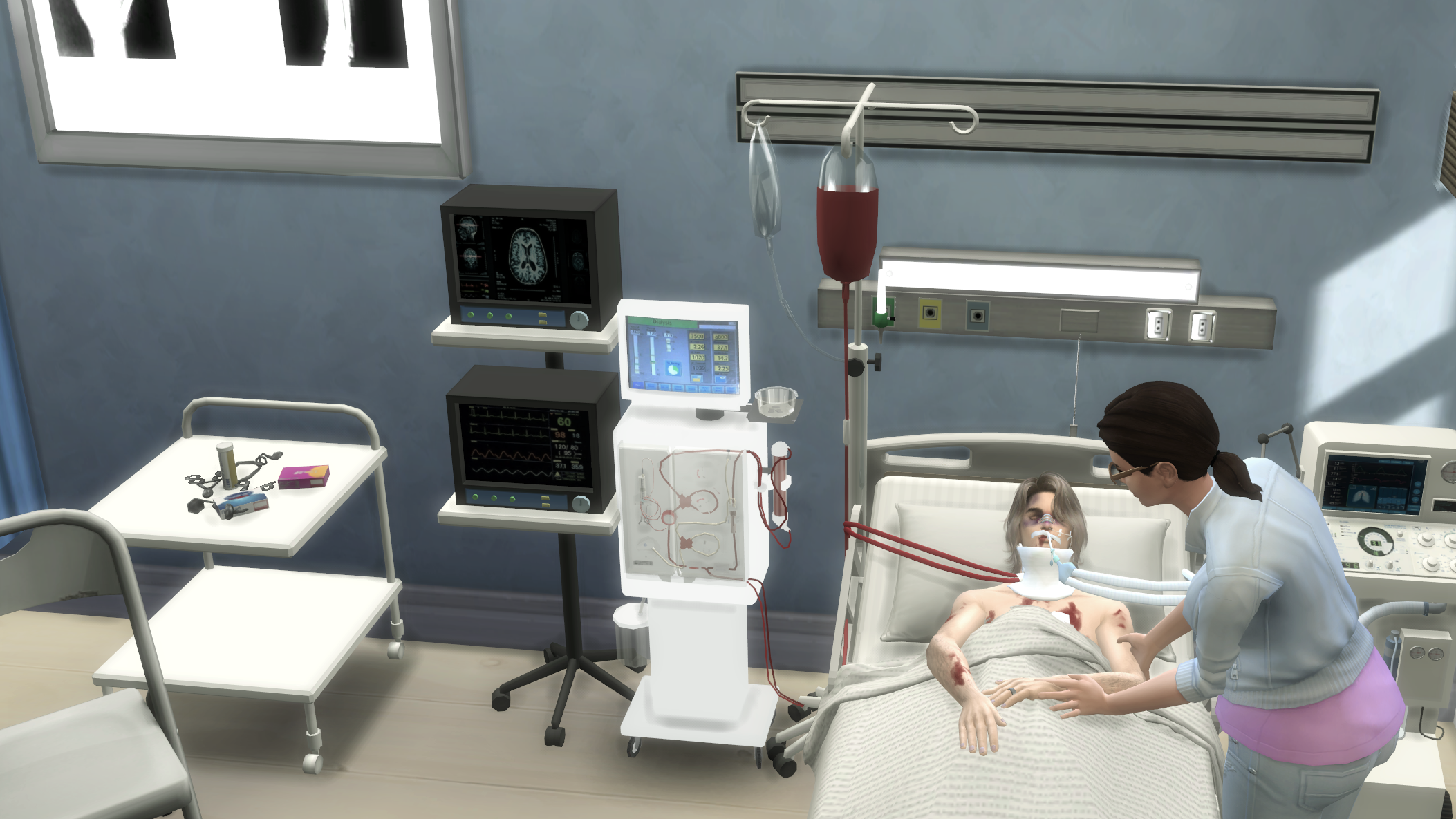 “Uh huh.” Blake tried to say it, but only caveman sounds came out. He tried to lift his arm, but neither worked, so he moaned in more panic.

“Sir, calm down. You have been sedated and immobilized so you can rest. You’re still healing, this will take more time, you had severe spinal injuries and we had to re-break some bones to set them properly, there are still more to go, because they healed badly initially but you weren’t stable enough then to survive that type of surgery when you arrived here. You are strong, Sir. Keep up that good fight and you will be on your feet and able to tell us everything before long. But you need to allow your body to heal. You need time. Do not try to rush it, okay?”

When he was left alone, tears ran down Blake’s face. 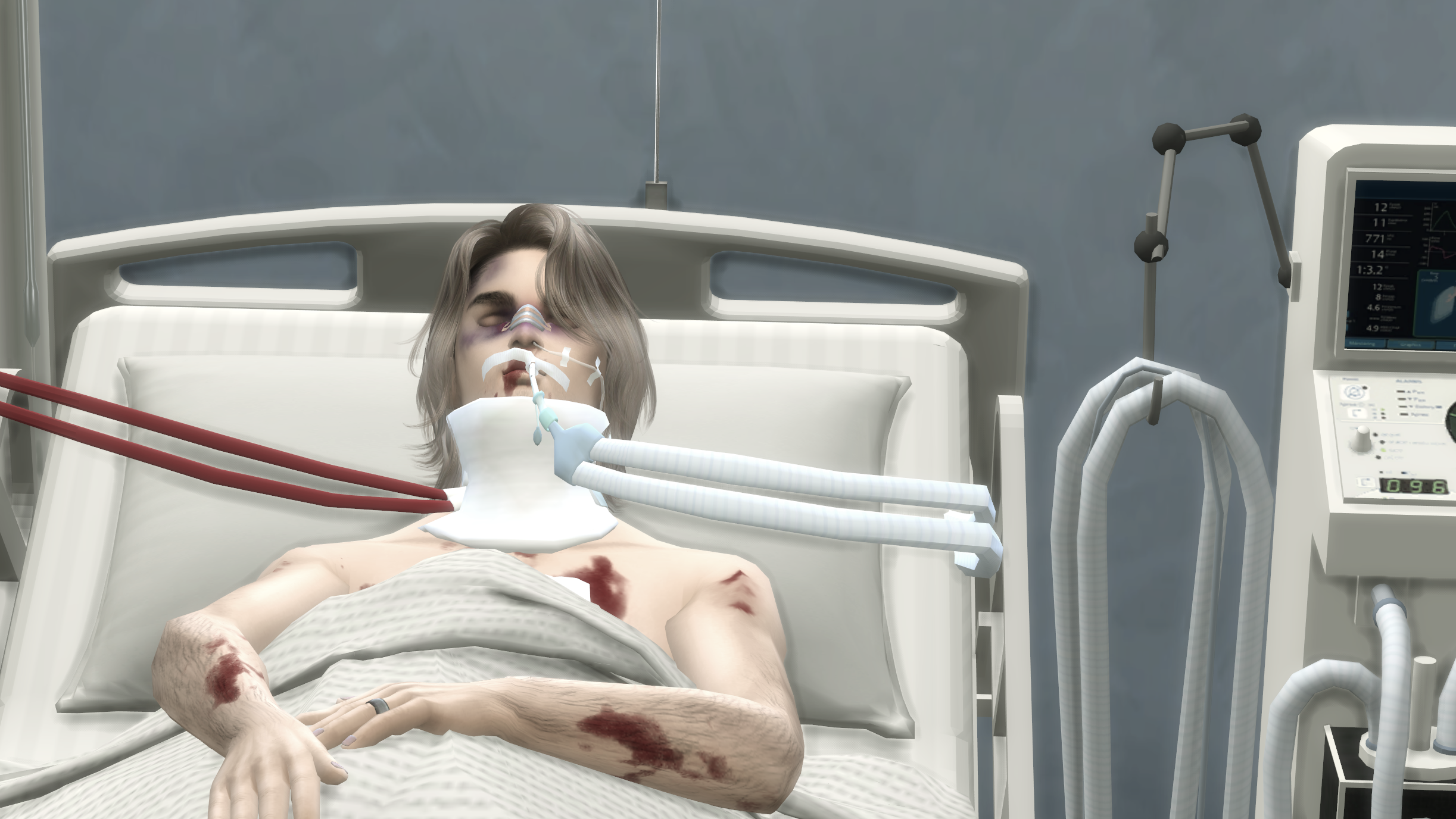 4 months?
Plus however long he had been in that damn basement?

Wouldn’t Hailey be looking for him? Why hadn’t she checked the hospitals?

He had to match some description of a missing person, so why wasn’t the police notified? Why didn’t anyone know his name?

It took a few more weeks, months even for him to be able to get out of bed at all. He could finally move his head, and arms.

And finally someone understood he wanted paper and a pen to write down his name and questions … so he was lead into one of the doctor’s offices, given the items and left to his devices. 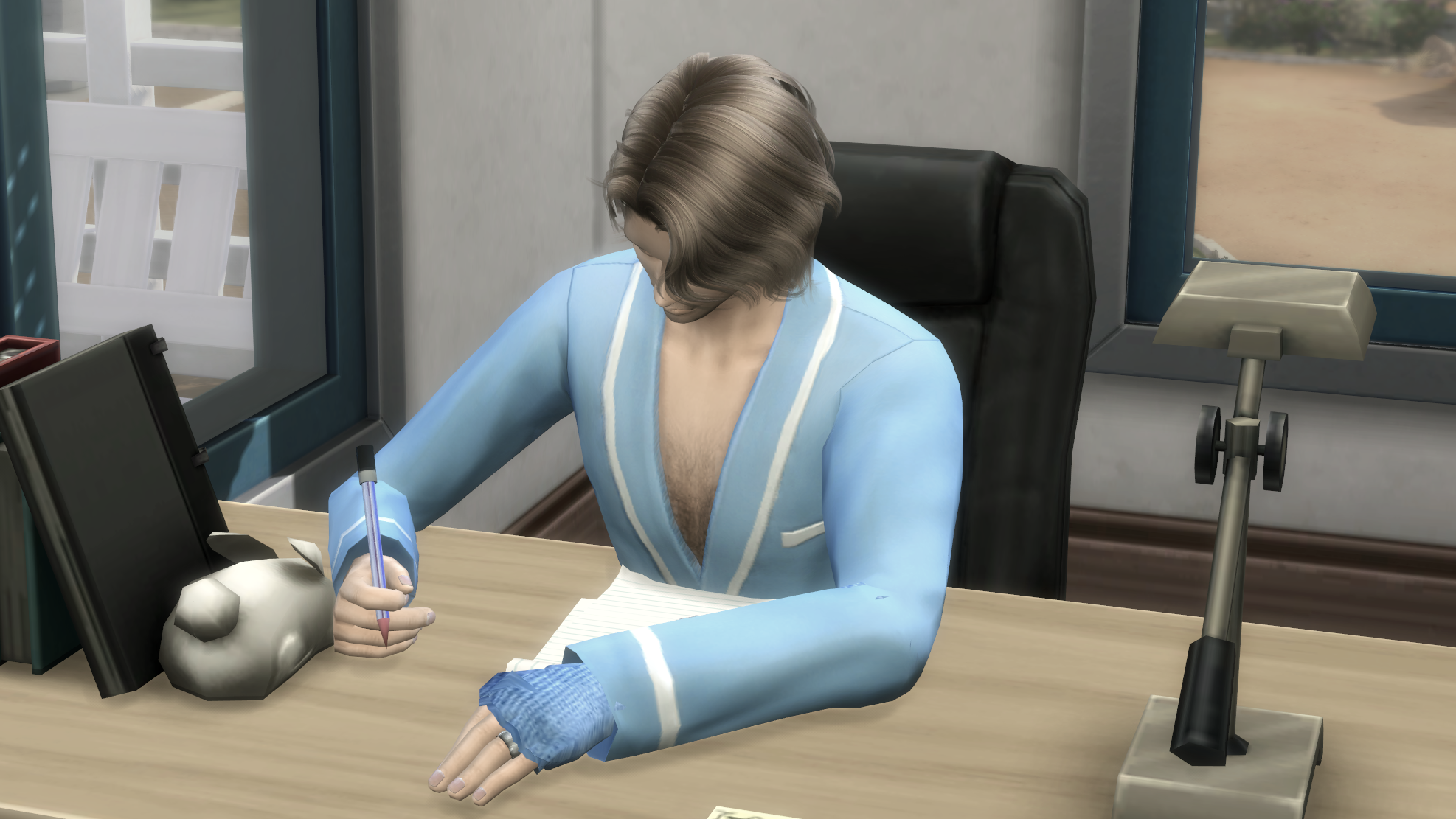 Several attempts for him to finally be able to hold the pen properly and firmly, pressing it to the paper he wanted to write Blake.
But couldn’t. The letters formed in his head, but he couldn’t translate it to the paper … 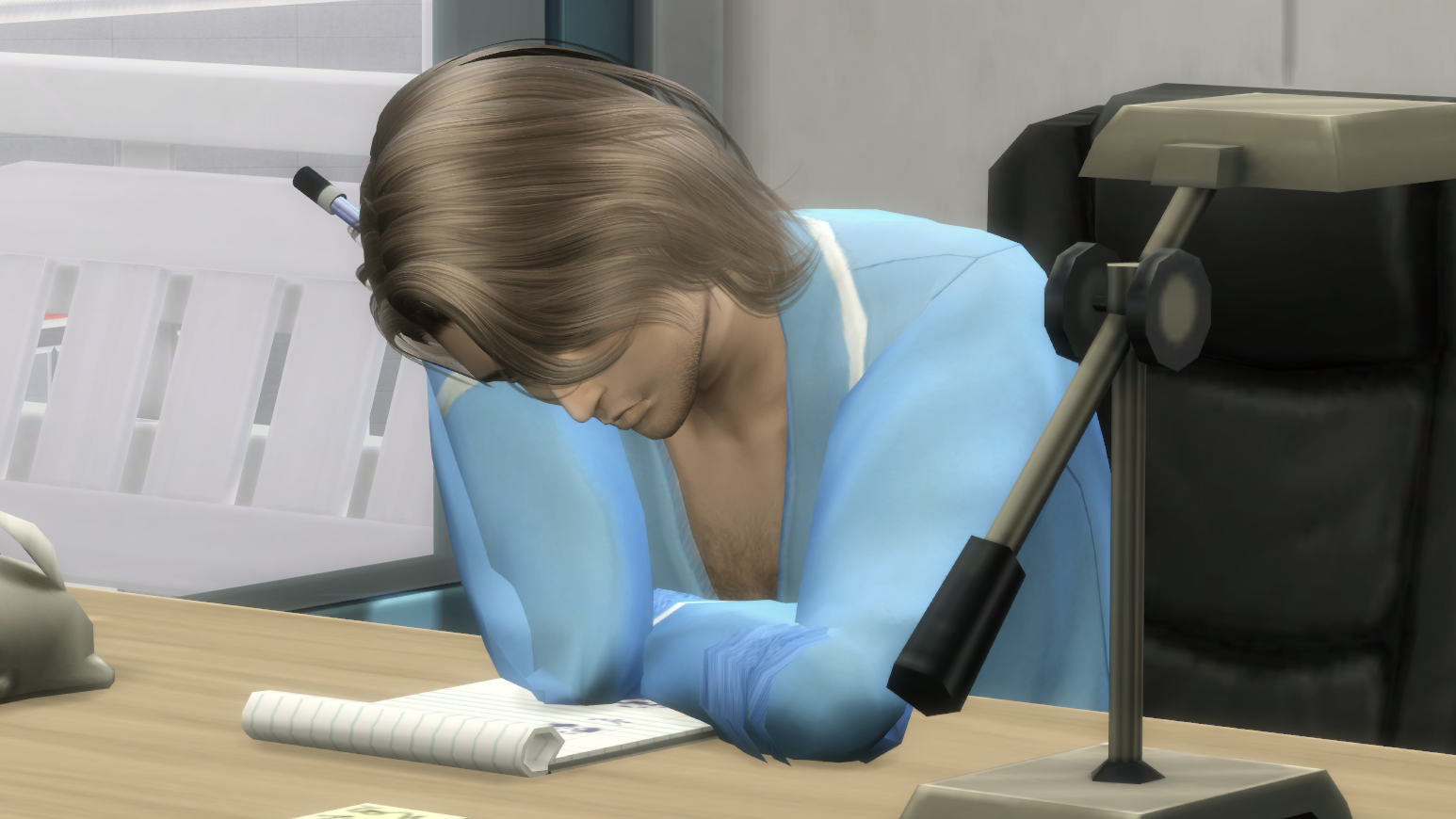 He could not speak or write?! Blake felt hopeless. He was imprisoned within his own body, in utter silence. Abandoned, discarded, forgotten. At least that was how it felt, even though he knew Hailey and his dad would never give up on him. So why had they not come for him yet? 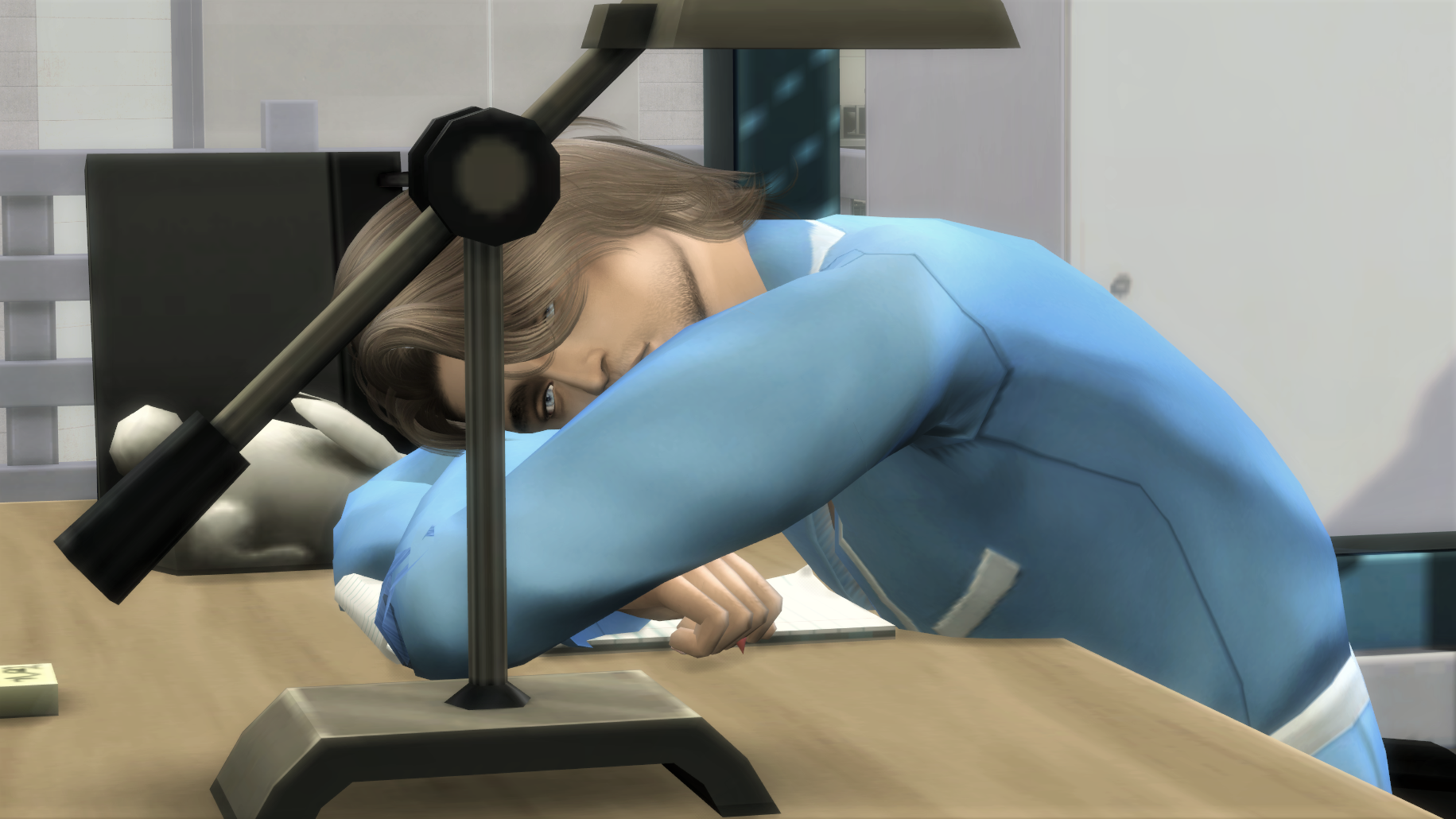 Growing more and more frustrated he ended up freaking out, and back in his bed, sedated.

A few more times like this and he finally learned to control his anger, frustration, at least to the outside. Inside there was a constant turmoil, Blake felt trapped, lost, abandoned, guilty and imprisoned.

Most of the next weeks he spend alone. He couldn’t communicate, and he hated the fact that everyone here called him John. John Doe, since nobody knew who he was. Supposedly they had checked with the police, but there was no reports filed anywhere in the system. He had also learned that he was far from home, in some town he had never heard of, near some other towns he also never heard of. 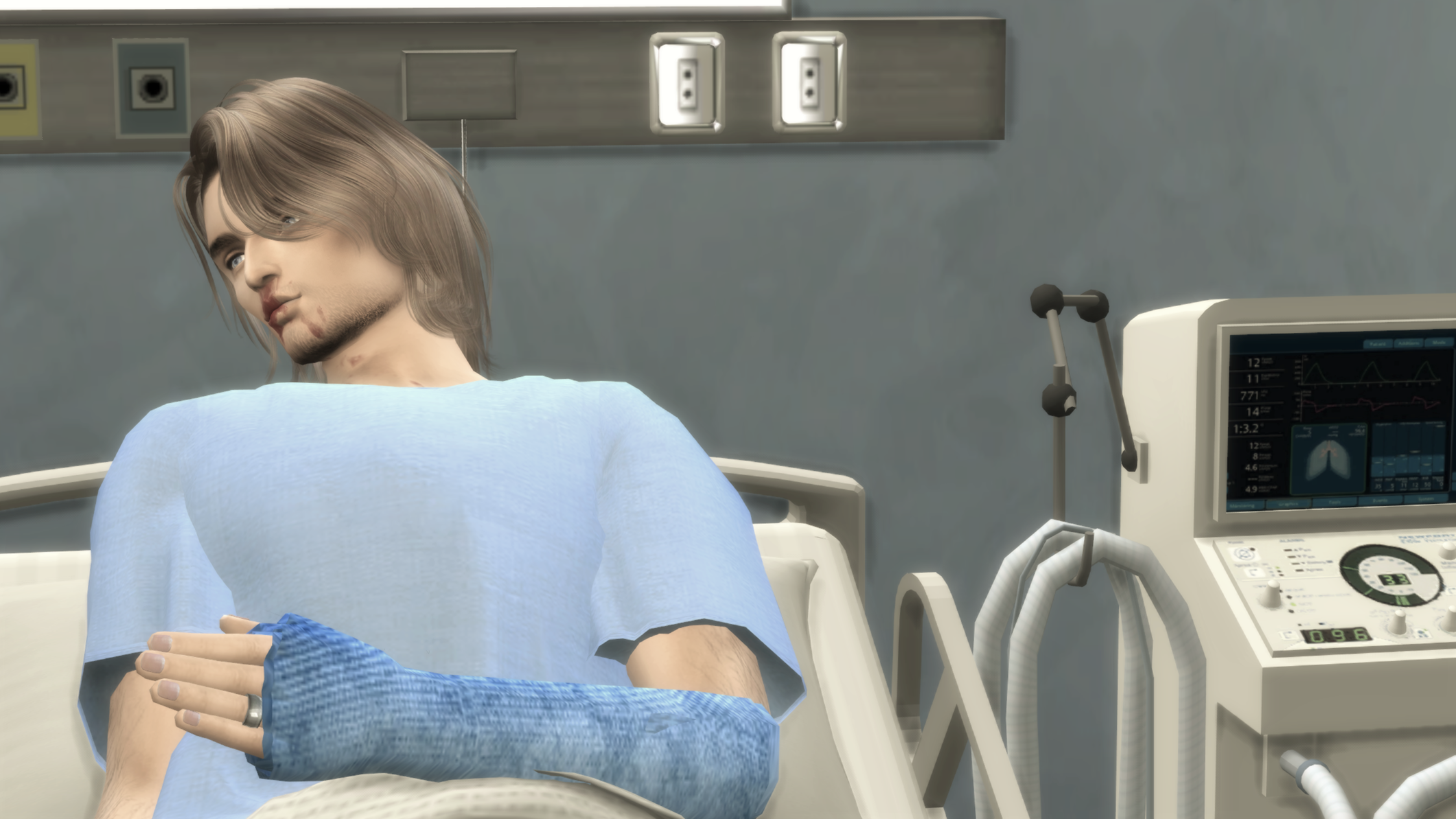 In other words, he had no clue where he was, it could be Mars as far as Blake was concerned. Certainly felt like it. He was clear as day, no ounce of memory loss except the time of the coma and yet everybody treated him like an imbecile just because he couldn’t properly communicate.

Days turned into weeks, weeks into months. Several more surgeries, several times stuck in that bed with yet another cast, undoing all the progress he felt he had made before. But worse than the pain of healing, Blake’s inner pain grew steadily and was driving him mad. 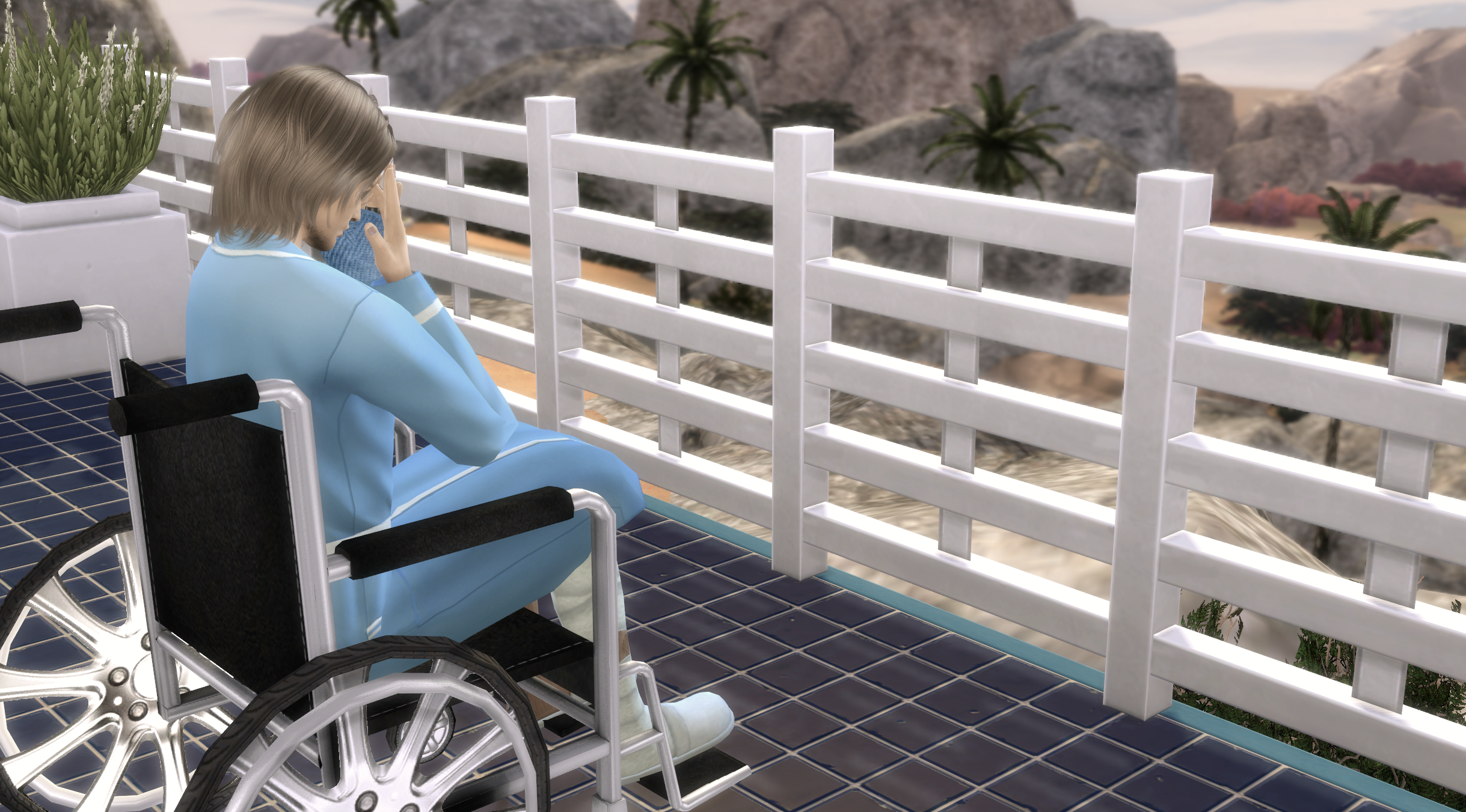 He kept healing, after much strenuous rehab he was able to walk again, regained most motor skills, even though all of it was far from smooth. Except writing. He could think things, see the shapes of the letters, but could not articulate them, nor write them down. The doctors came to the conclusion that the trauma of something he experienced blocked both abilities in some attempt of protecting him. Blake disagreed, silently, because if his body would want to protect him, he would have amnesia, instead he remembered everything in great detail, just could not communicate it, which was killing him inside. Blake finally refused all treatment beyond the basics.

He didn’t want to socialize, moved away whenever another patient seemed too interested in striking up conversation with him.

What was the use?

Until one afternoon. Someone asked to sit next to him on the bench and Blake shook his head. The woman was wearing a white wool coat, which reminded him too much of one of the many lab coats he had been surrounded by and he disliked her instantly, through no fault of her own.

“That’s rude.” the woman informed him, sitting down anyway. 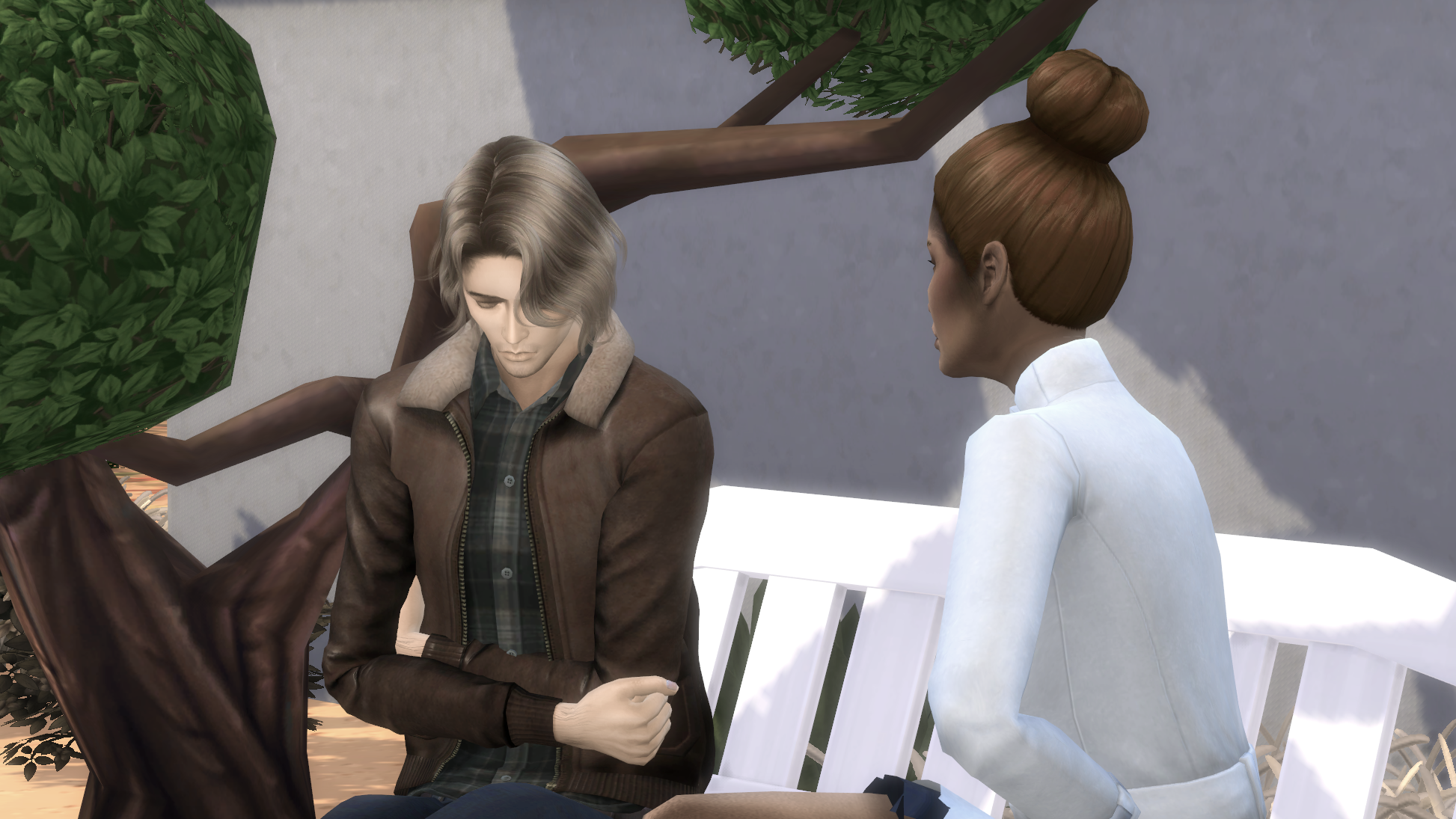 “Are you always this rude?” she inquired.

Fuck off! Blake formed with his mouth, surprised himself that it actually worked for once, even though still no sound came out.

“Wow, you are totally rude. And you shouldn’t curse. There are deaf-mute kids around, that’s just not okay. You should be ashamed of yourself!” 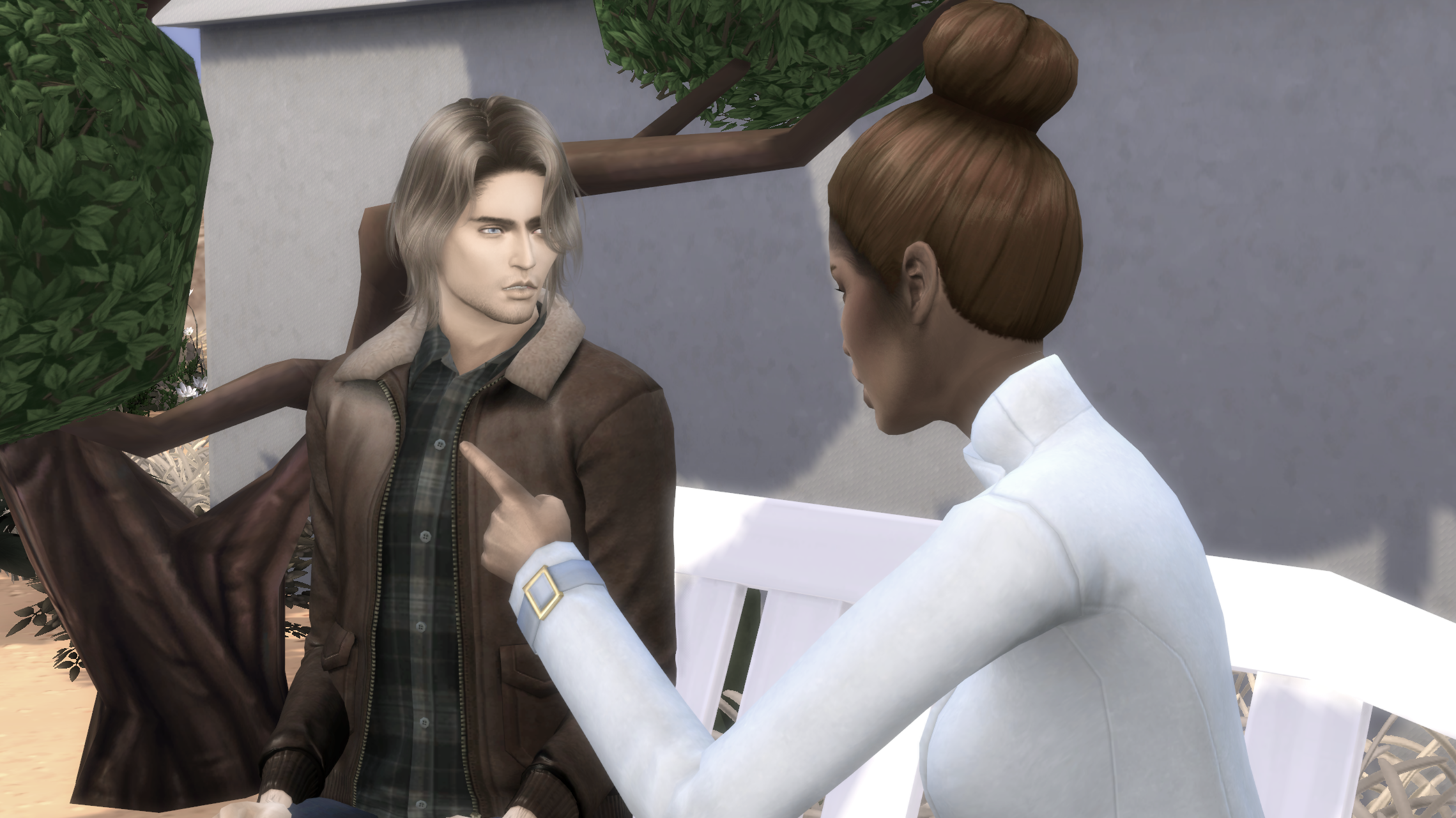 Blake stared at the woman.

“Oh surprised? My little brother was born deaf. So yeah, I can read lips. Including curse words. You are a moron!” 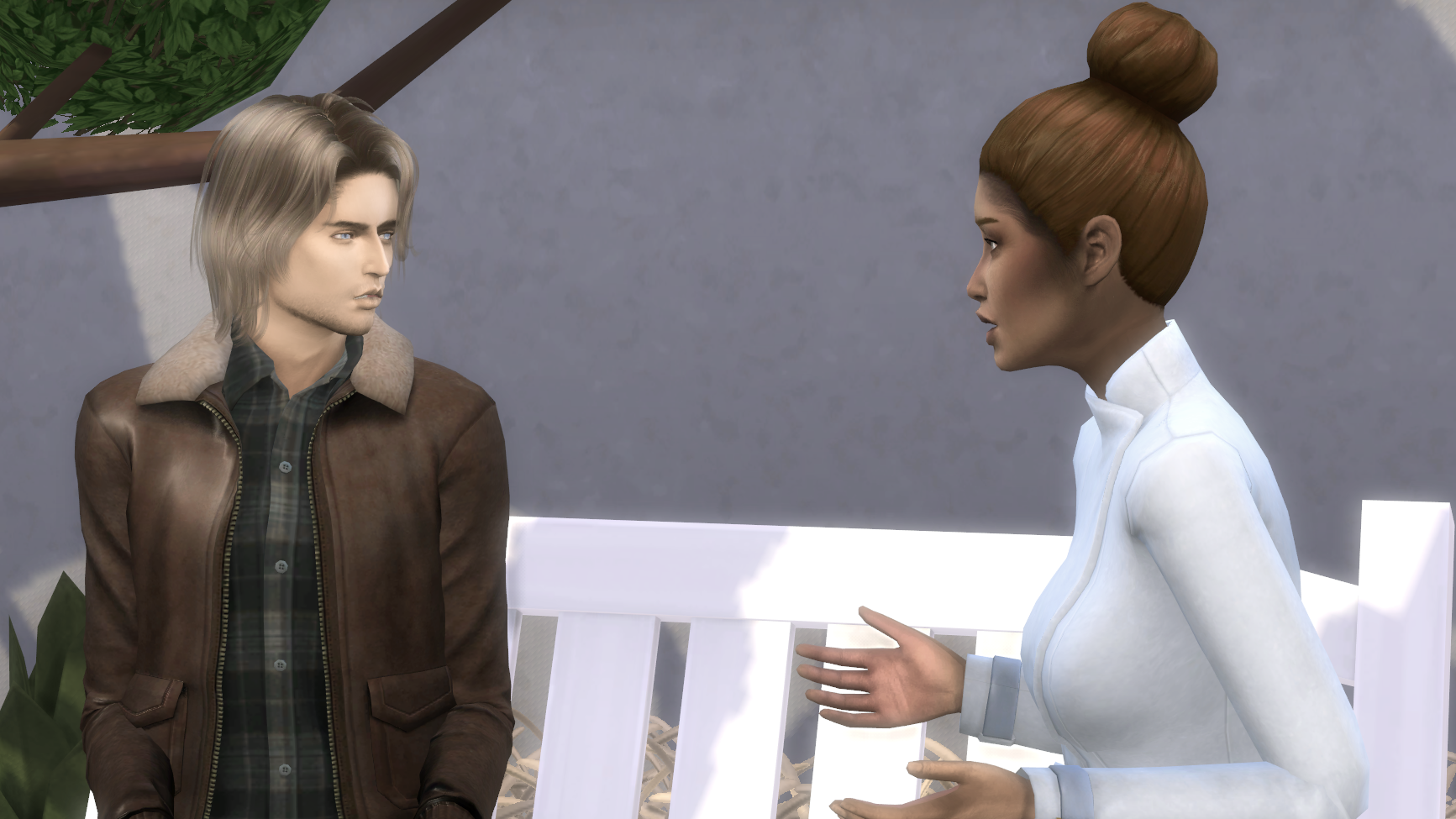 Movement came into Blake, grabbing on to the woman as if for dear life, trying to form another word. The lips did not want to cooperate, especially not with as worked up as he was but he kept trying, over and over. 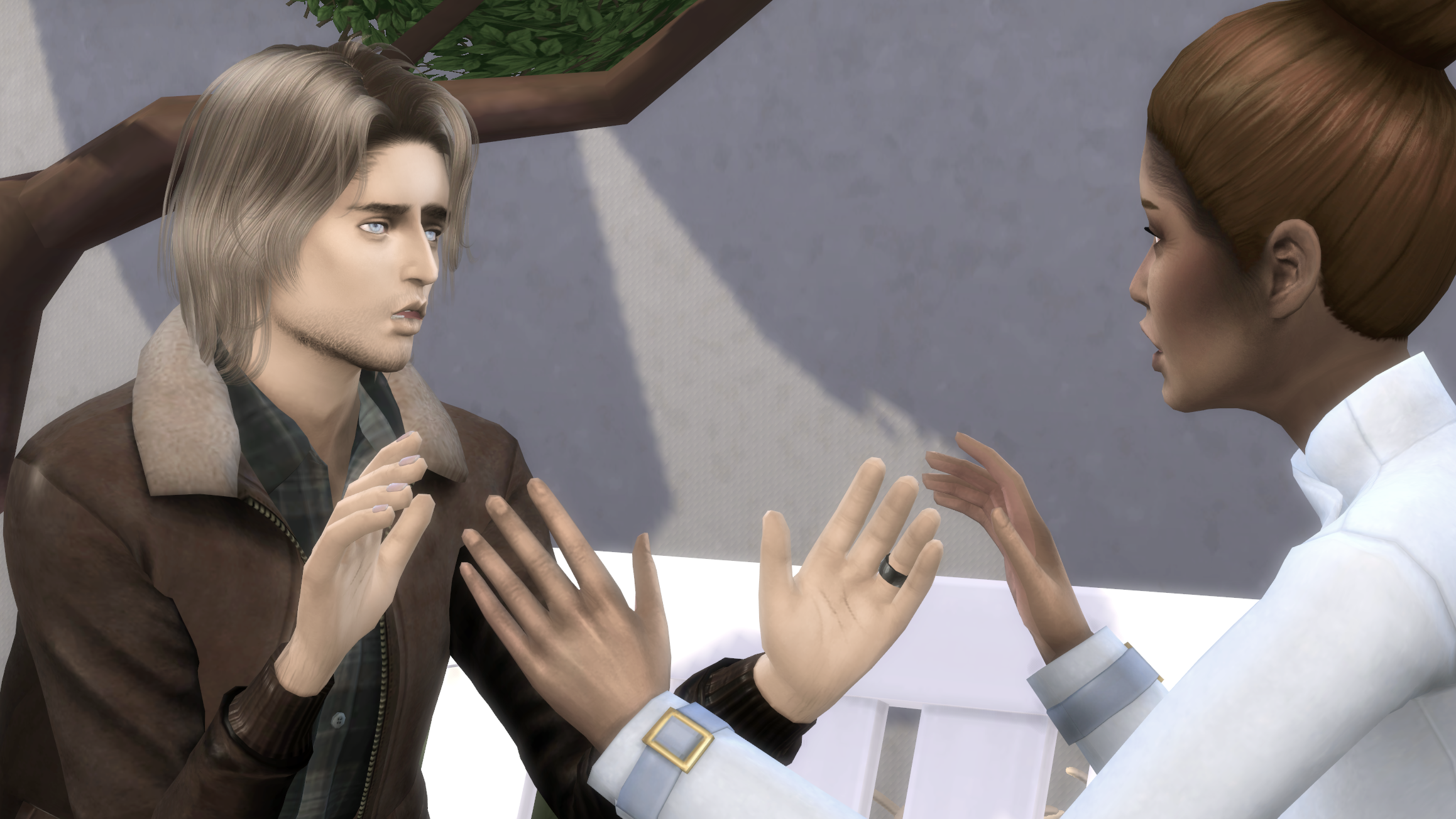 “Not so fast. Calm down. Is that your name? Mike?”

Blake shook his head, frustrated he tried and tried again

“Okay, calm down, hang on. I’ll go and get you a doctor  … just calm down, and wait here, you’re gonna have a heart attack or something …”

The woman hurried away, Blake thought about what would most likely happen. Somehow he felt uneasy about it all, wondering if he’d not end up sedated again. 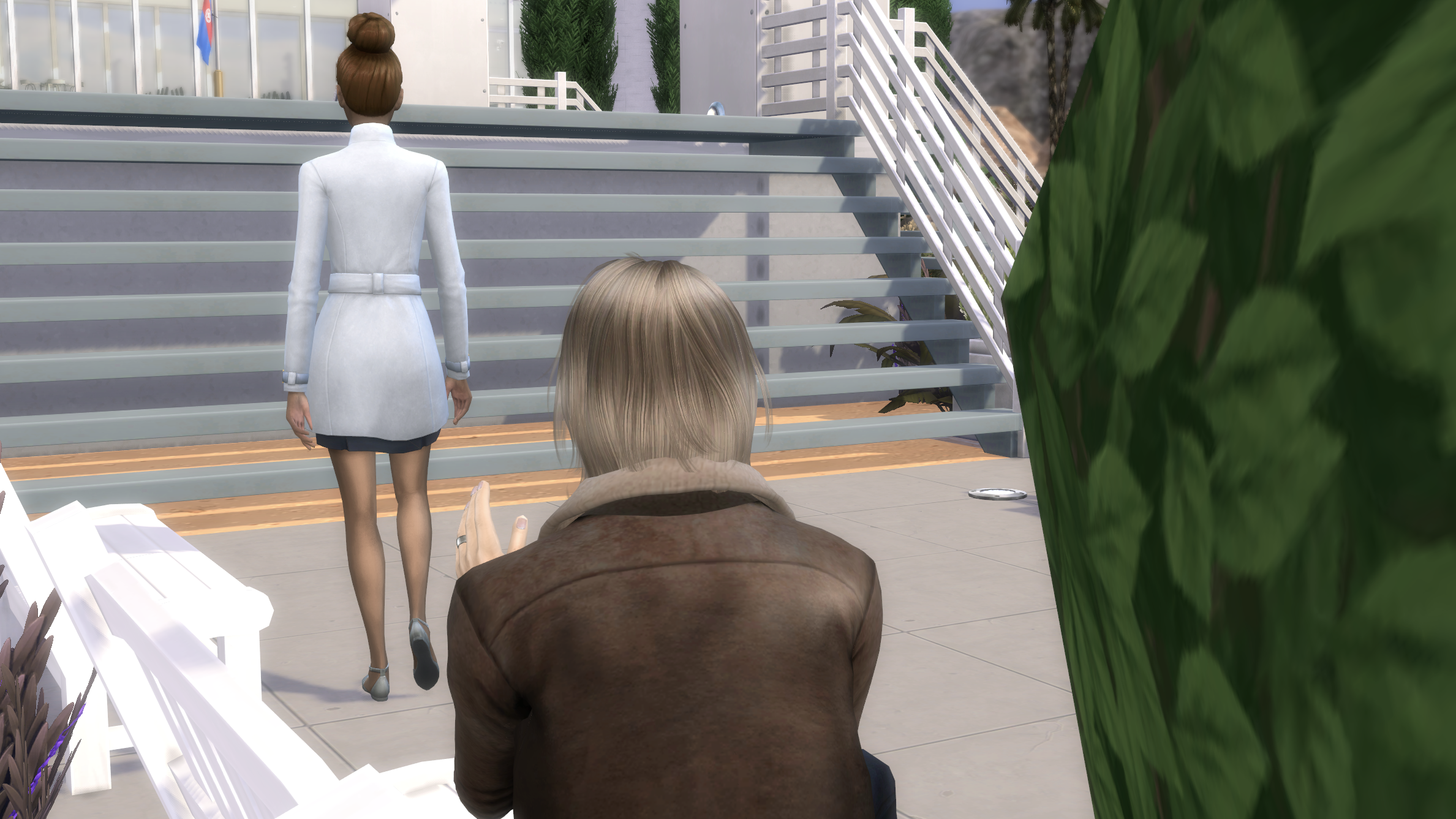 He looked around, started walking, an unassuming stroll at first, then picked up the pace, heading towards the main gate. The gate was open. He tried to walk out of it … it worked. Nobody paid any attention. 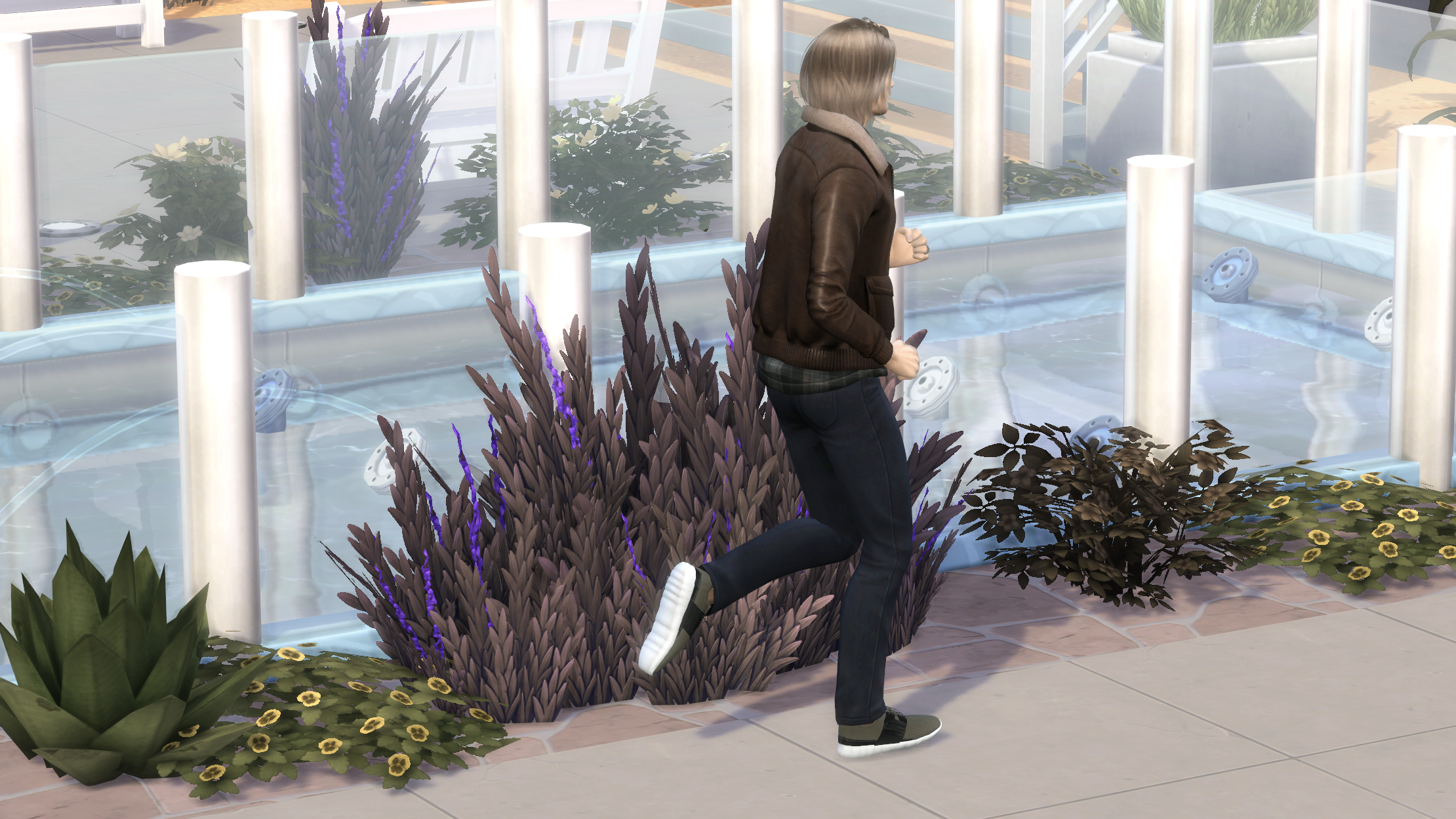 As fast as his still healing body would allow … 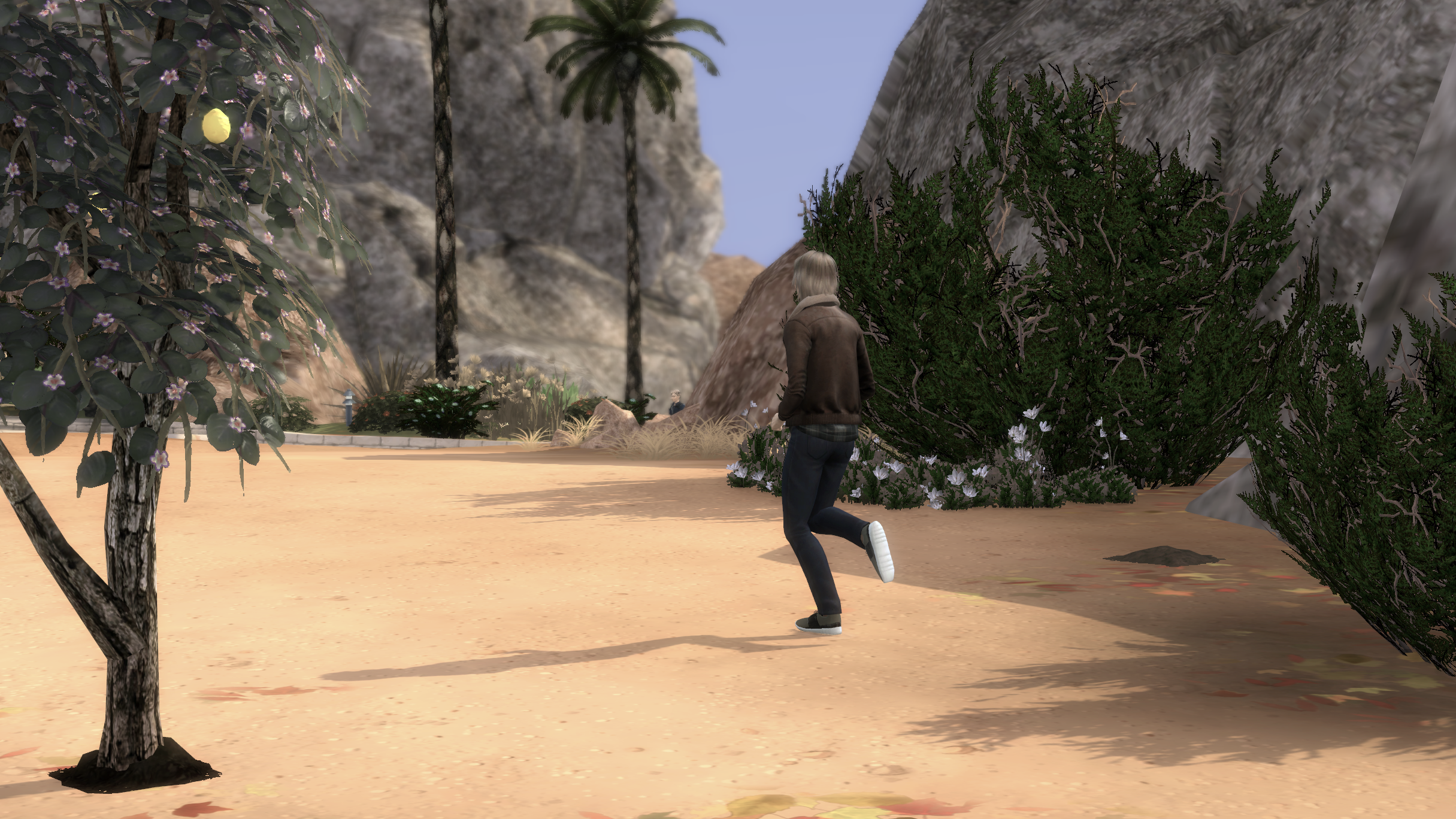