Family dinner at the Cameron residency.

Ethan, Blythe and Elias home that was. She had finally agreed to move in with them, putting her house up for rent again. 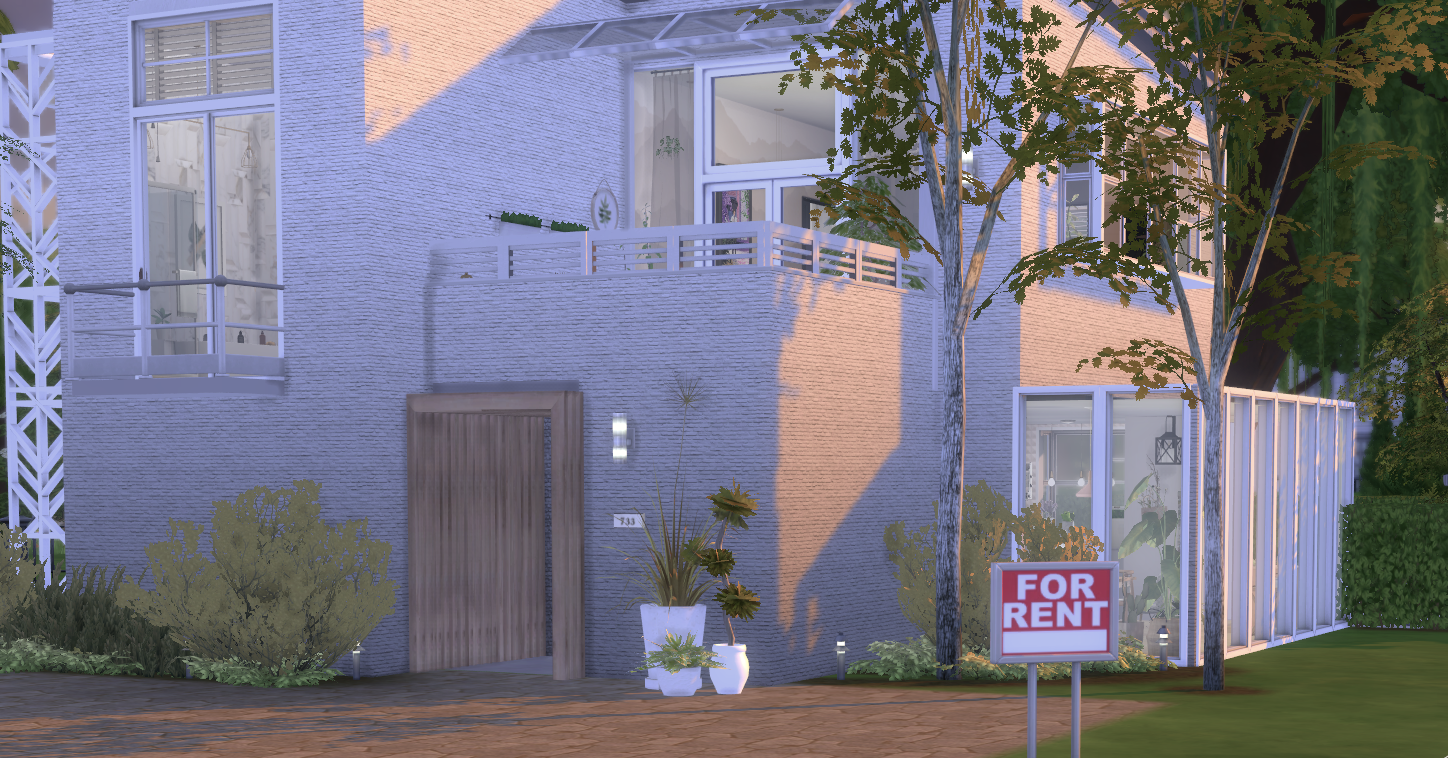 The decision was not really a huge surprise to anybody at this point, they had been spending most of their free time together already since they got back together, even though it took both Ethan and Elias some effort for her to agree to it. Blake, Hailey and their two kids were over a lot as well now. It seemed to help everybody process the traumatic past two years. 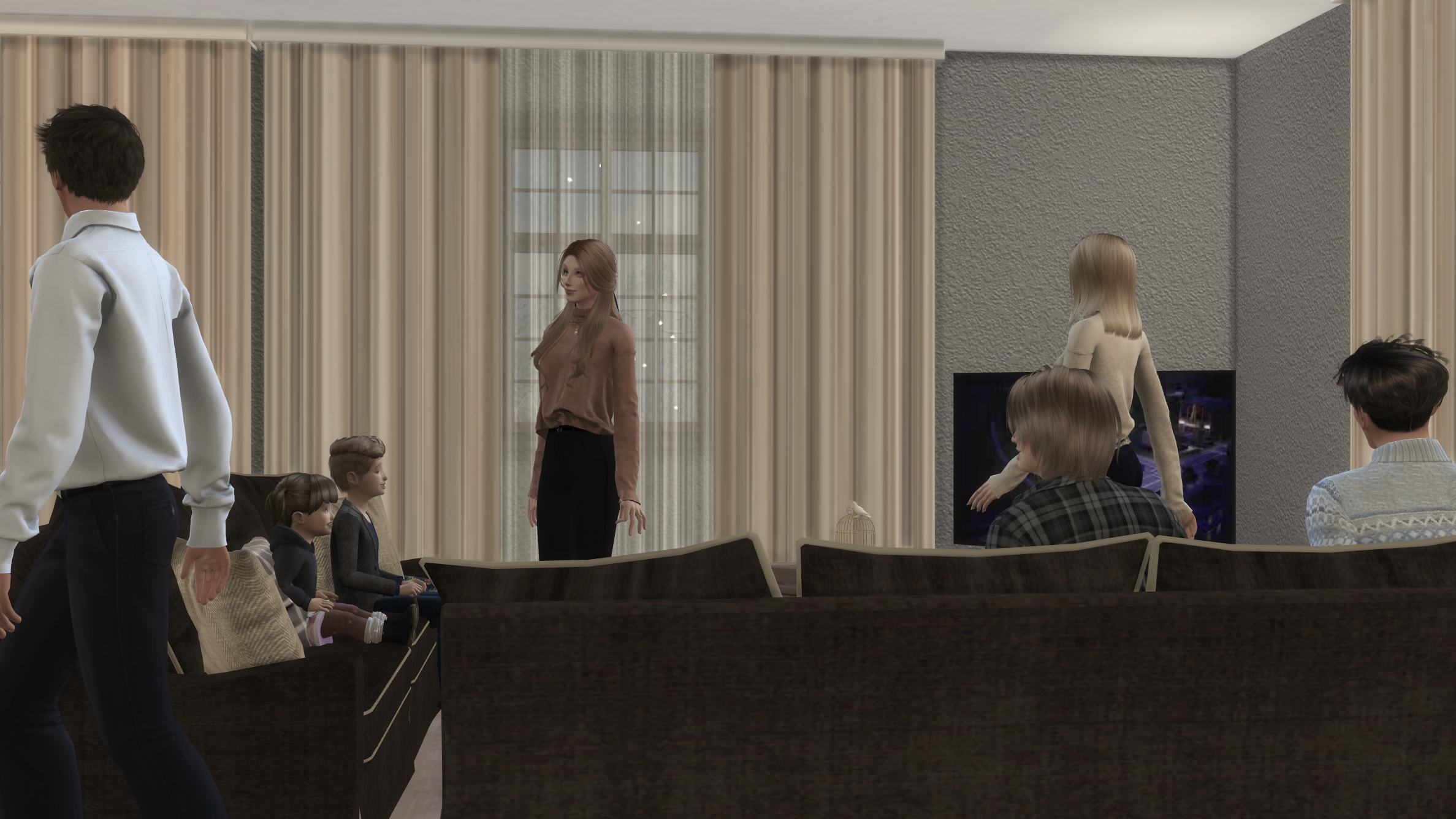 Blythe looked at both of the children as her own grandchildren, even though they weren’t related by blood since Blake was merely her ex-stepson. Seeing the family together, however, you would never guess. 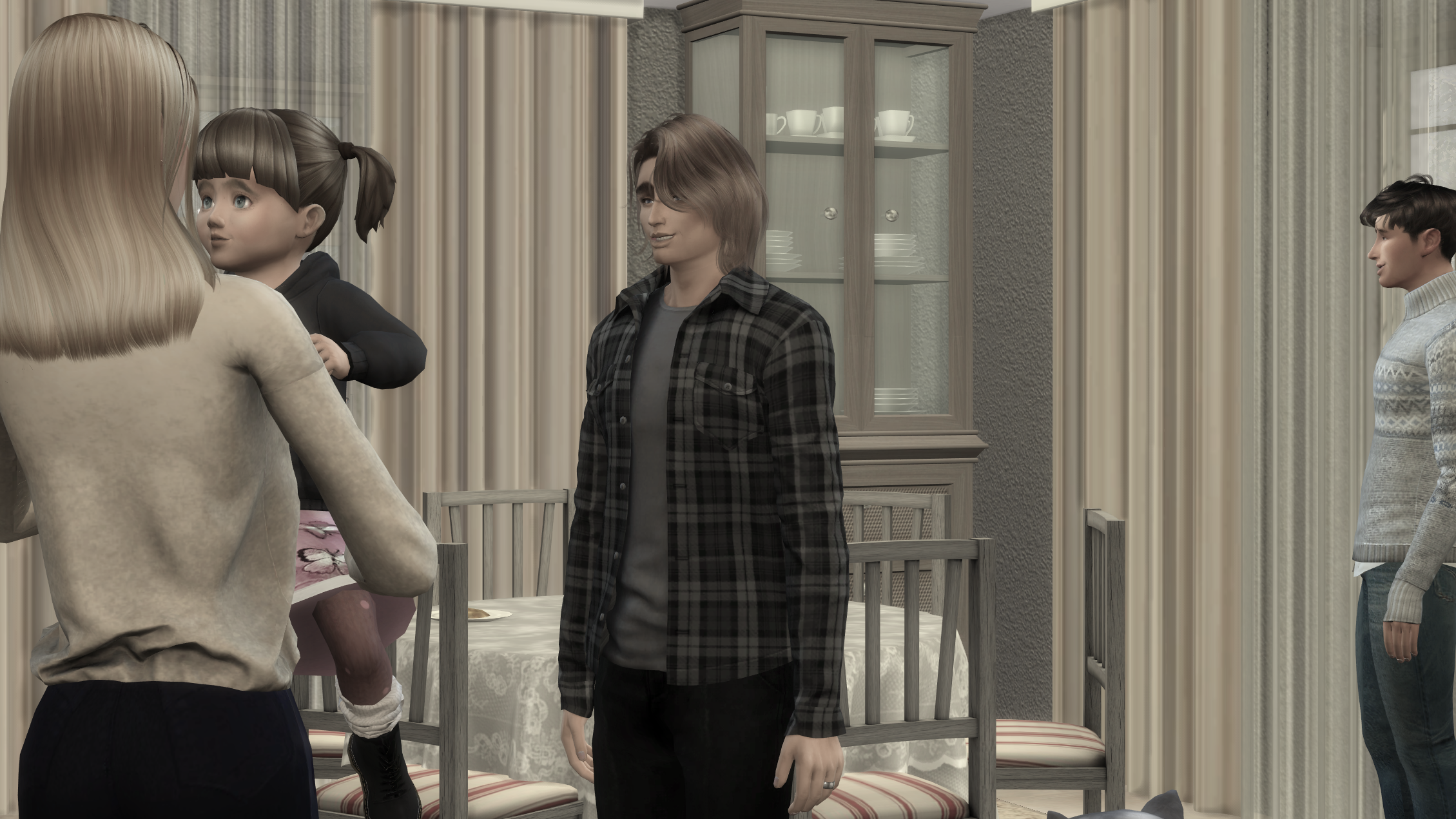 Blake remained mostly a silent observer, even though he was able to somewhat communicate verbally and write again, albeit very limited and much slower than before, his words did not want to flow well, he had to often pause and think, which frustrated him. According to the specialist Blake finally agreed to see the prognosis was favorable, there was no physical damage to prevent improvement, but his singing, acting and producing career would be over for good. 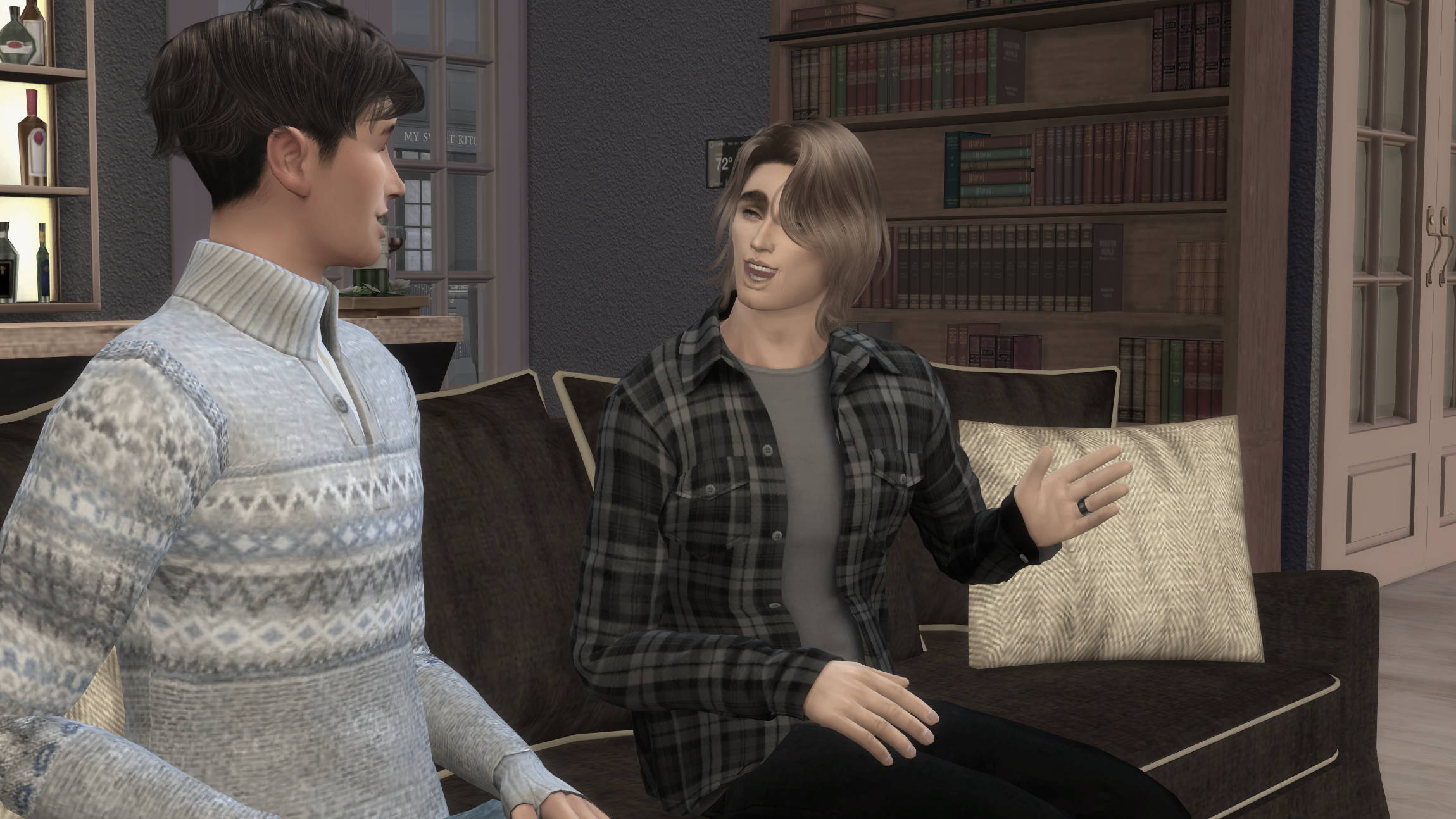 The family enjoyed frequent dinners together, like the one currently in progress. Trauma, once mastered, is one of the things that can fuse people together better than anything else.

After dessert Ethan got up, smiling at Blythe, who was about to clear the table when he stopped her.
She smiled back, well aware something was on Ethan’s mind. 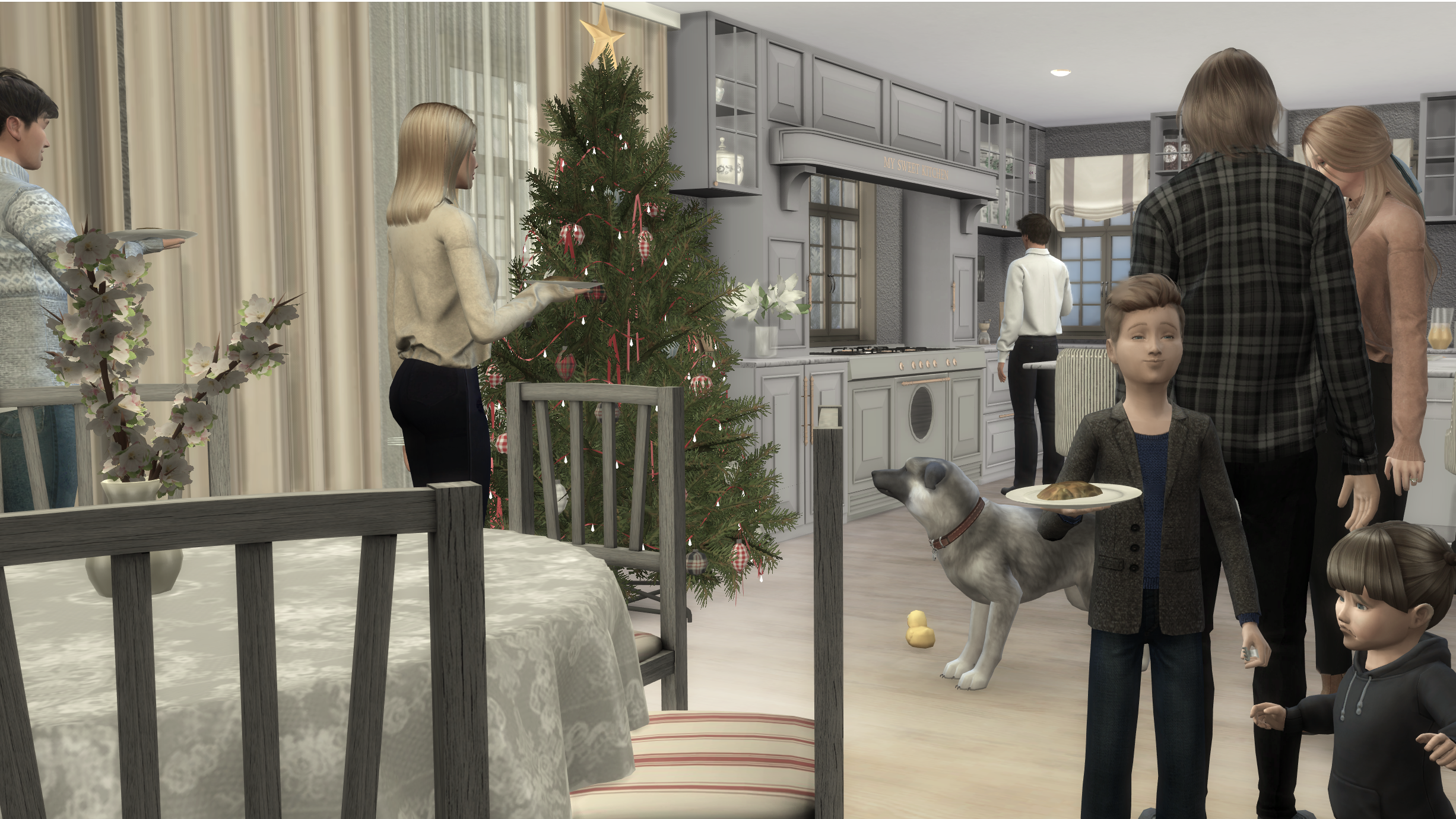 Sure enough, he knelt before her, looking up at her nervously and with anticipation, then he produced a ring, sparkling in the light.

“Blythe, my love, I have nothing more to tell you that I haven’t told you a million times over. I love you, I need you and I want not a second of any day to ever be without you. Will you marry me – again?”

Blake came over, knelt before her as well, followed by his younger brother Elias

“Mom, will you please be my mom with the correct last name again?” Eli grinned up at her.

“Oh dear me! Stop it you guys! You are making me cry!” Blythe protested, fighting her emotions. 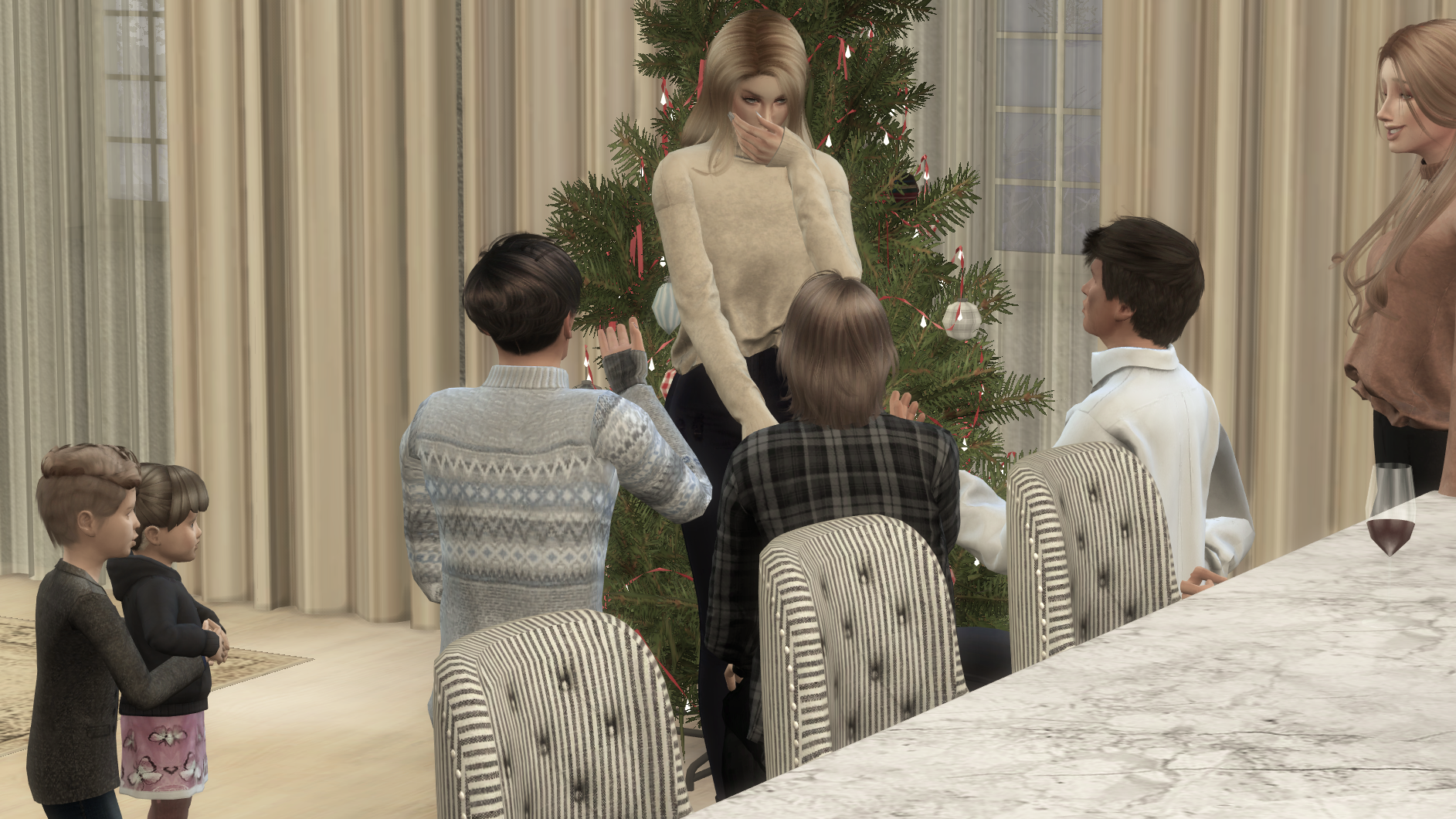 Chase came over with Kiera, knelt down holding his little sister

“Grandma, grandpa said we get ice cream if you say yes. We really want ice cream …” Chase asked importantly, even though he probably had no clue what really was going on.

Blythe couldn’t keep it together anymore. Tears of joy streaming down her face she nodded.

“Yes, to all my wonderful men and my beautiful little lady. Of course I’ll marry you, all of you! Let there be ice cream for all.” 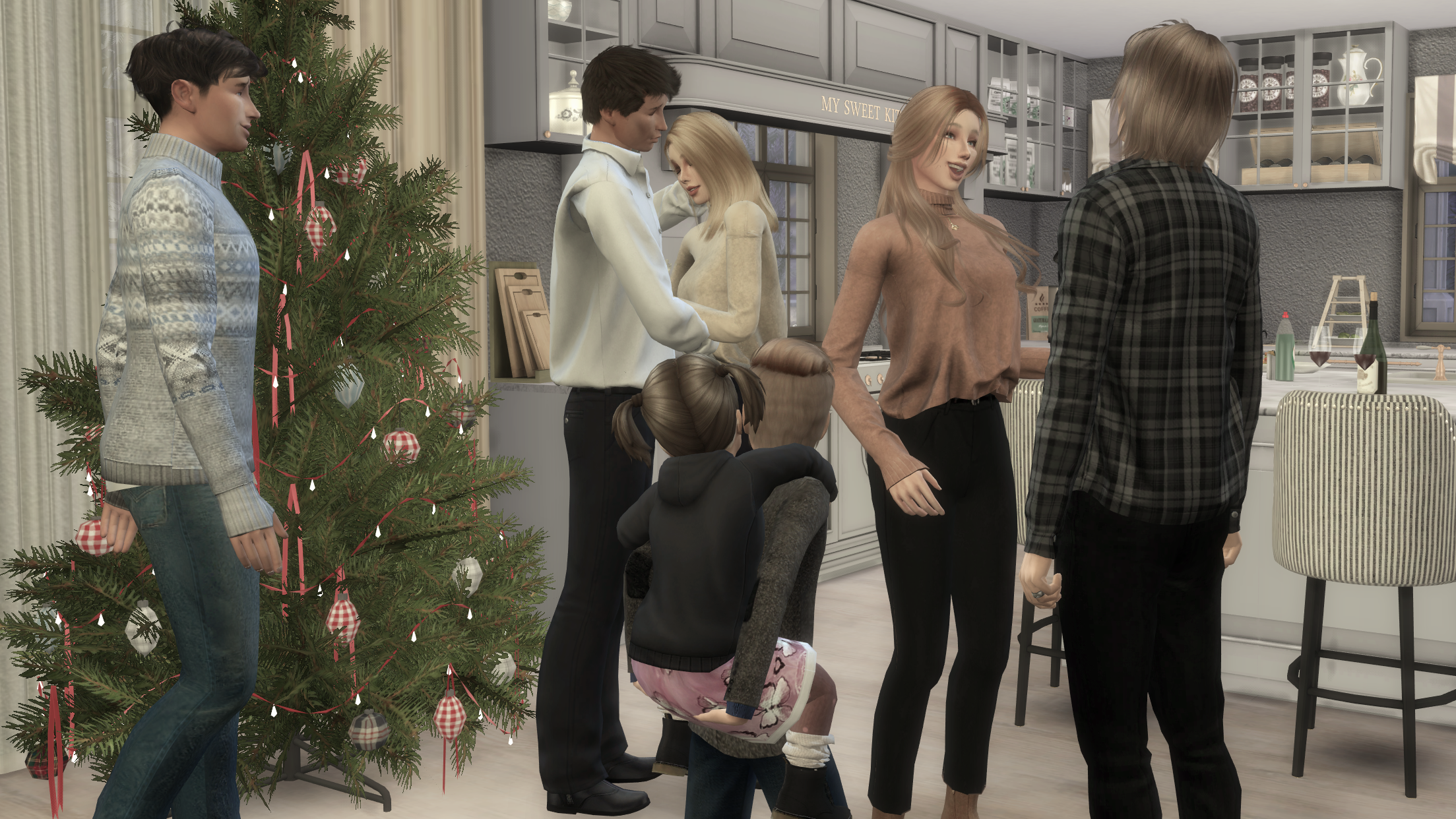 This wedding was purposely small and intimate, unlike Ethan and Blythe’s first one, then a very elaborate destination wedding in Sulani. It was just a final step to something that had become clear to everybody a long time ago. 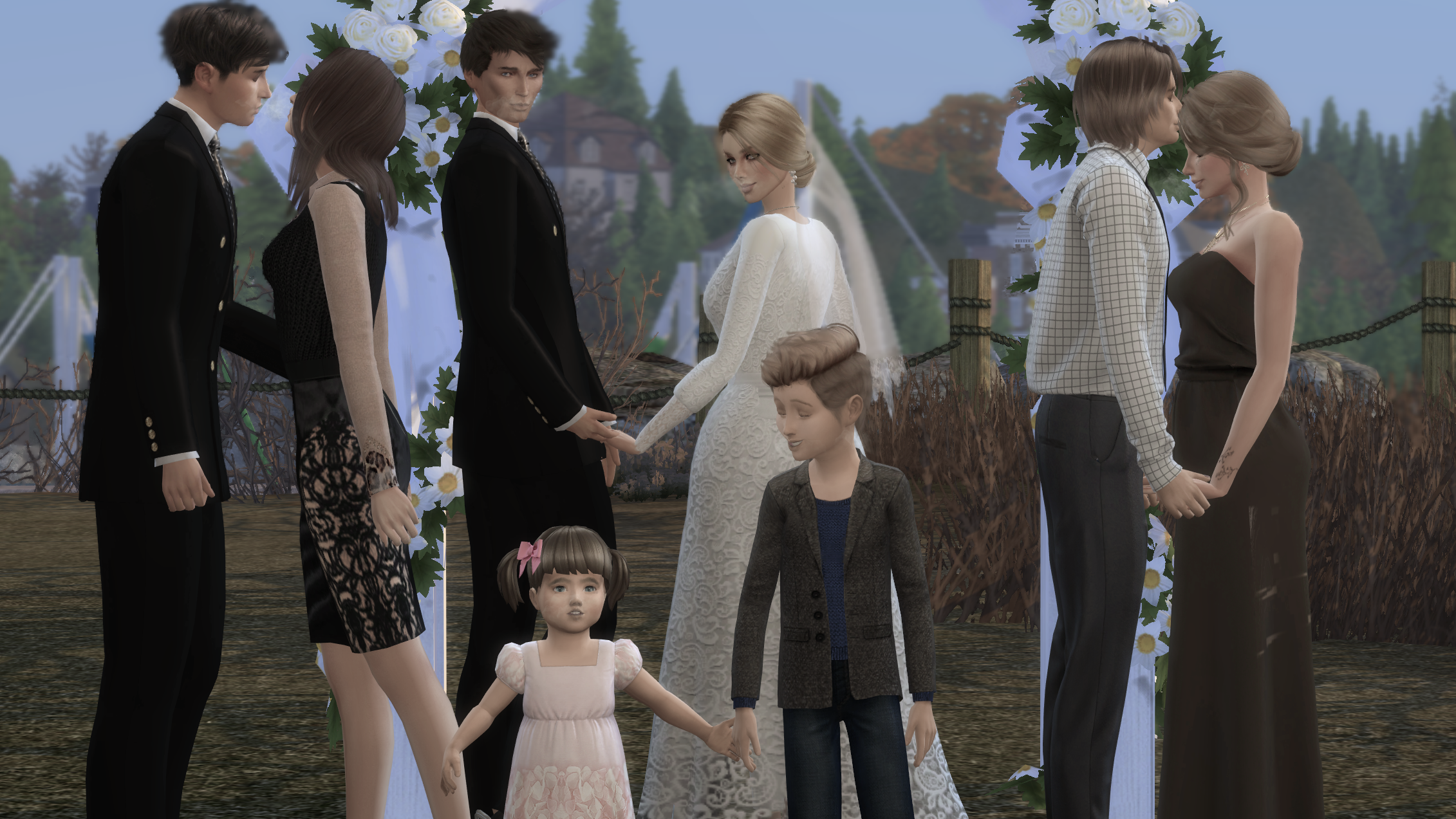 They only needed their small family there, but of course a big party followed on the weekend to celebrate with the rest of the people they cared about in their lives.

During another meal together, this time just Ethan, Blythe, Elias and Blake, as Hailey had taken the kids to see her family at the Loughlin farm in Windenburg staying overnight, things became interesting again. 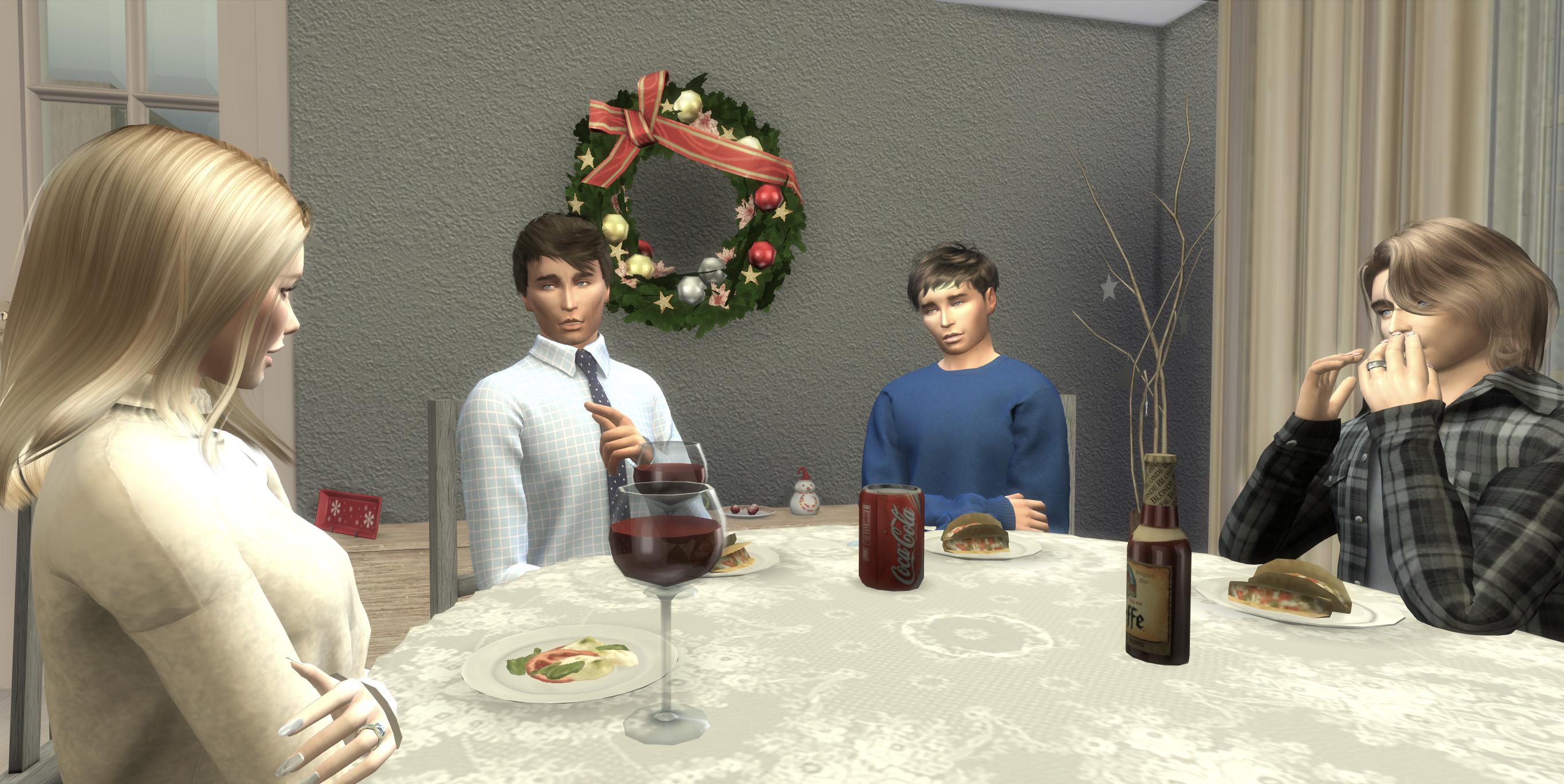 In the midst of conversation Ethan excused himself to look at his ringing phone. His pleased expression changed to dismay. 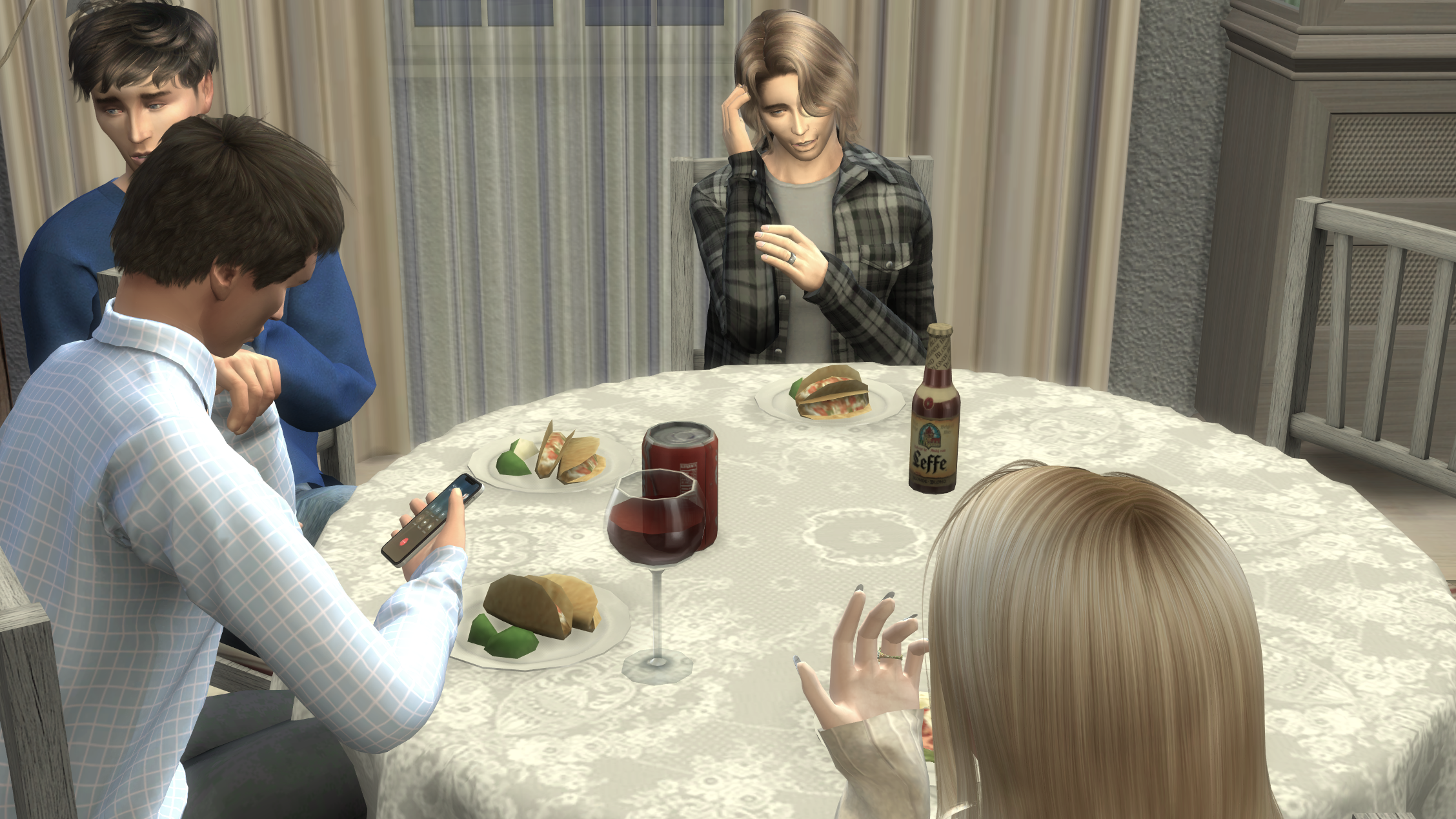 “Who is it honey?” Blythe asked, her smile fading now.

“Grace!” Ethan said the name with an almost disgusted tone. 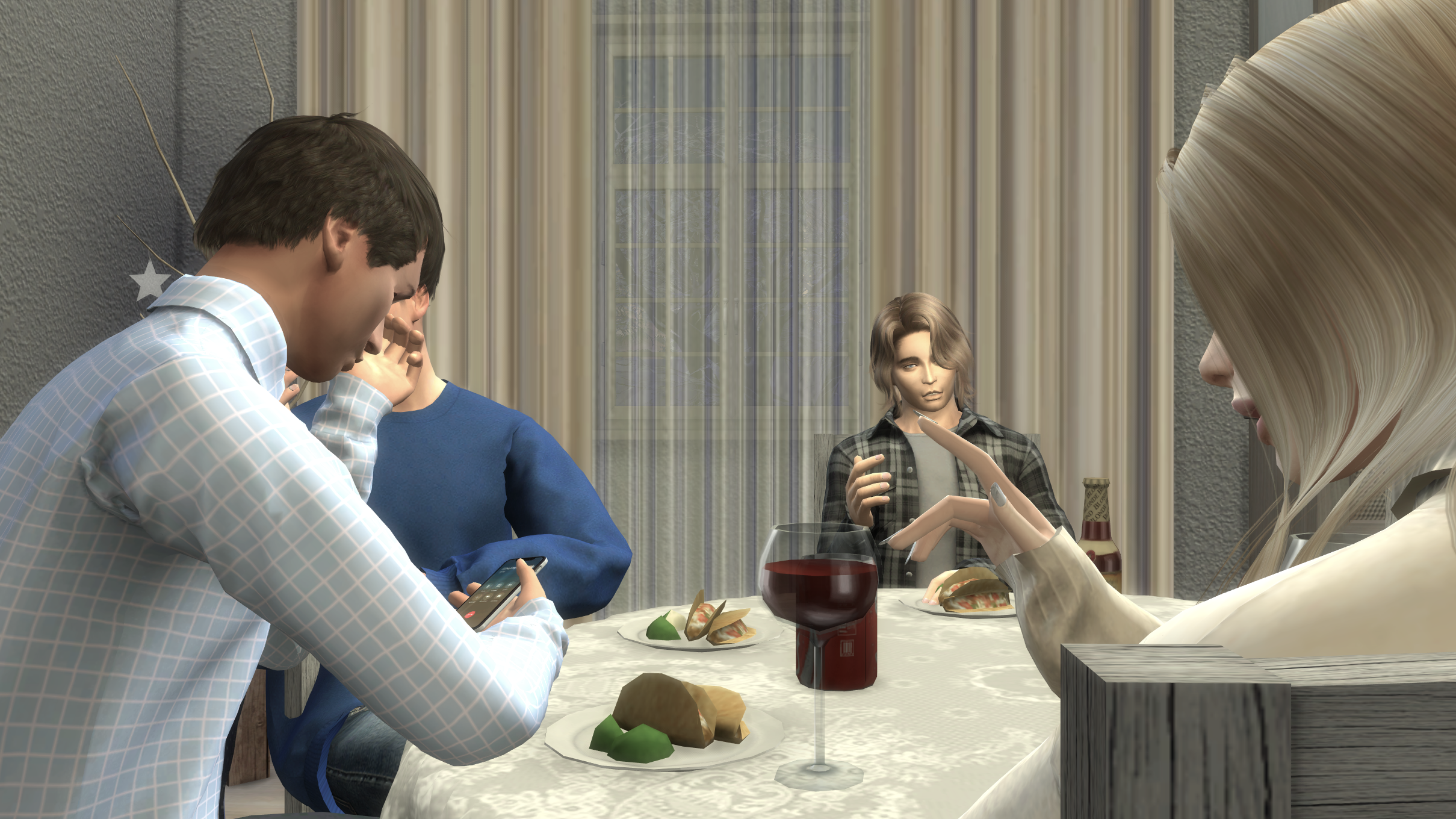 “What does she want from you now?” Eli frowned.

Ethan shrugged, when Blythe encouraged him

“No way! Not gonna have her ruin this nice evening for all of us.” Ethan shook his head, determined, about to place the phone face down on the table.

“Oh, for Pete’s sake! A grown man playing hide and seek with a phone call!” Blythe took the phone from him and answered, walking away a little. 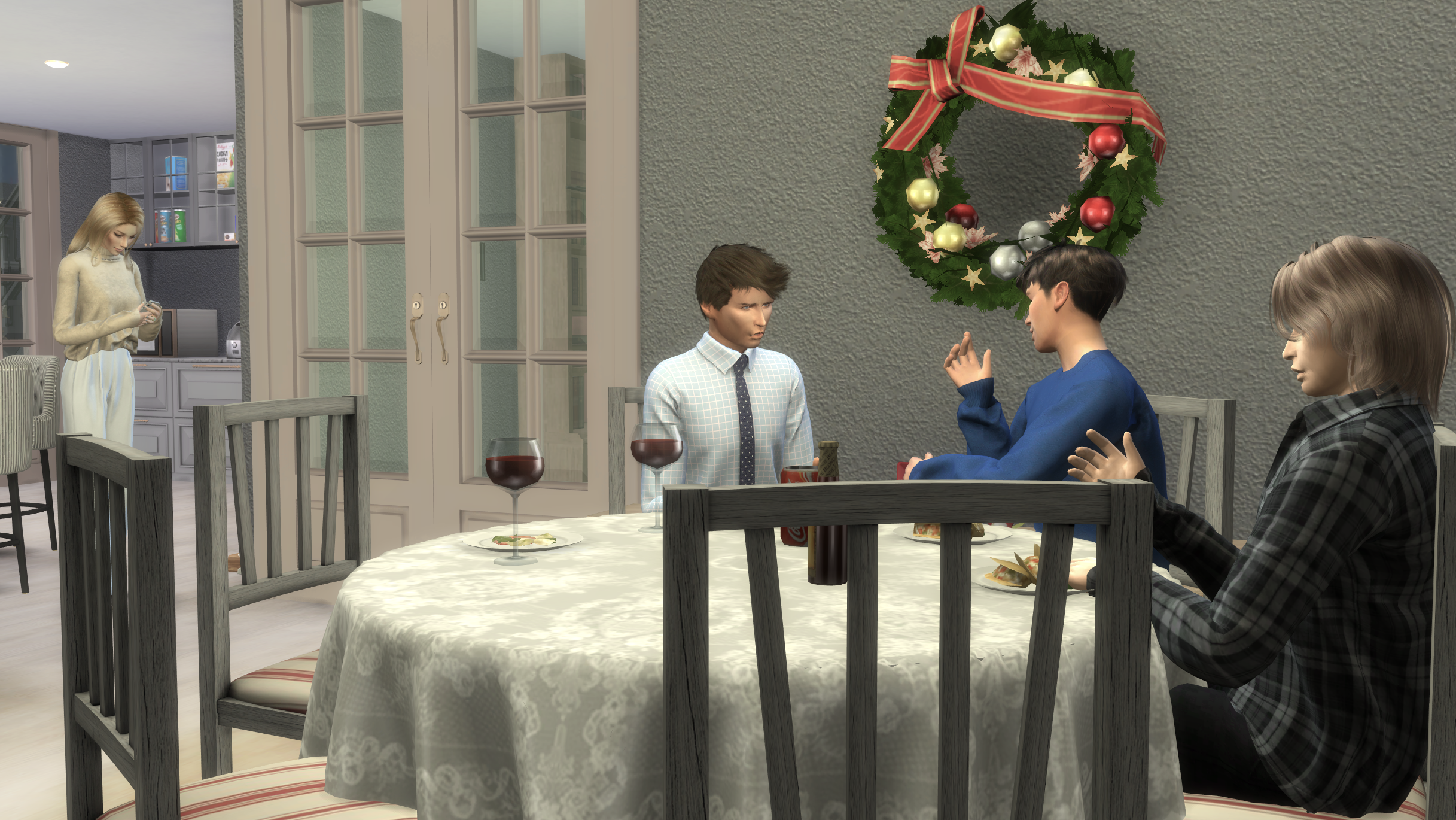 She listened for a moment, responded with a few brief words, then listened again. 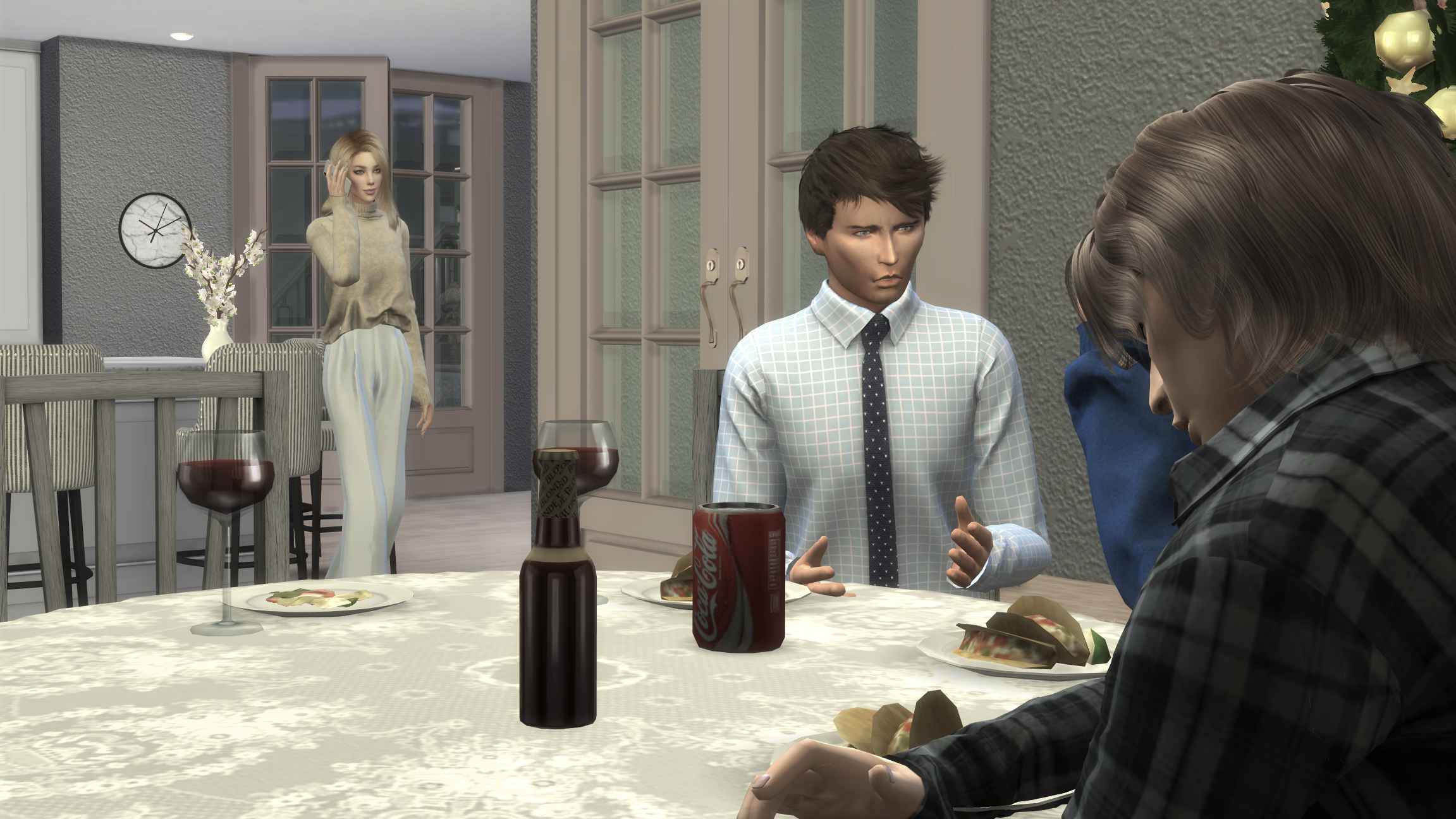 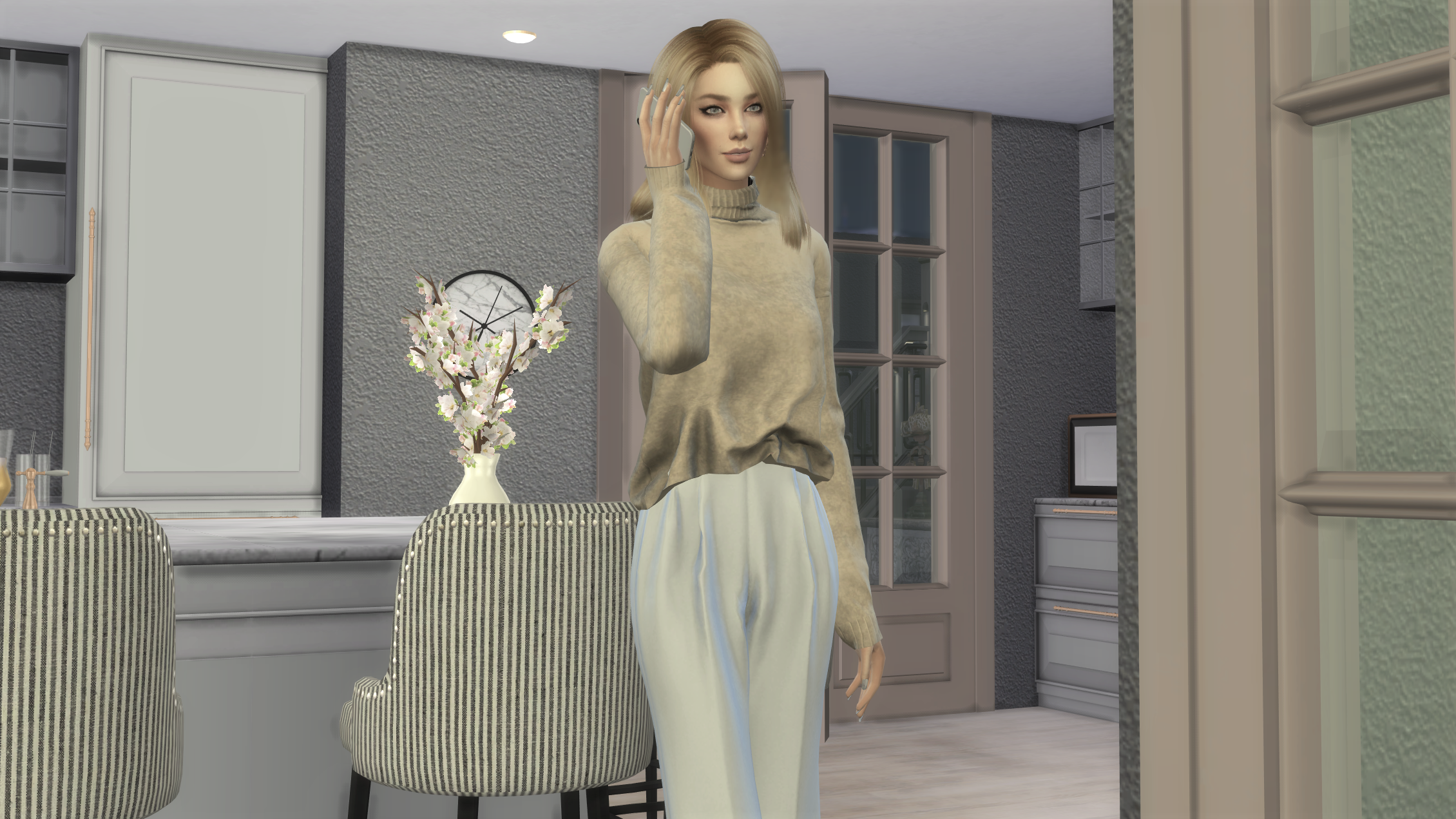 Her face went from pleasant to worried, when she finally spoke a goodbye, then hung up, staring at Ethan’s phone in her hand. 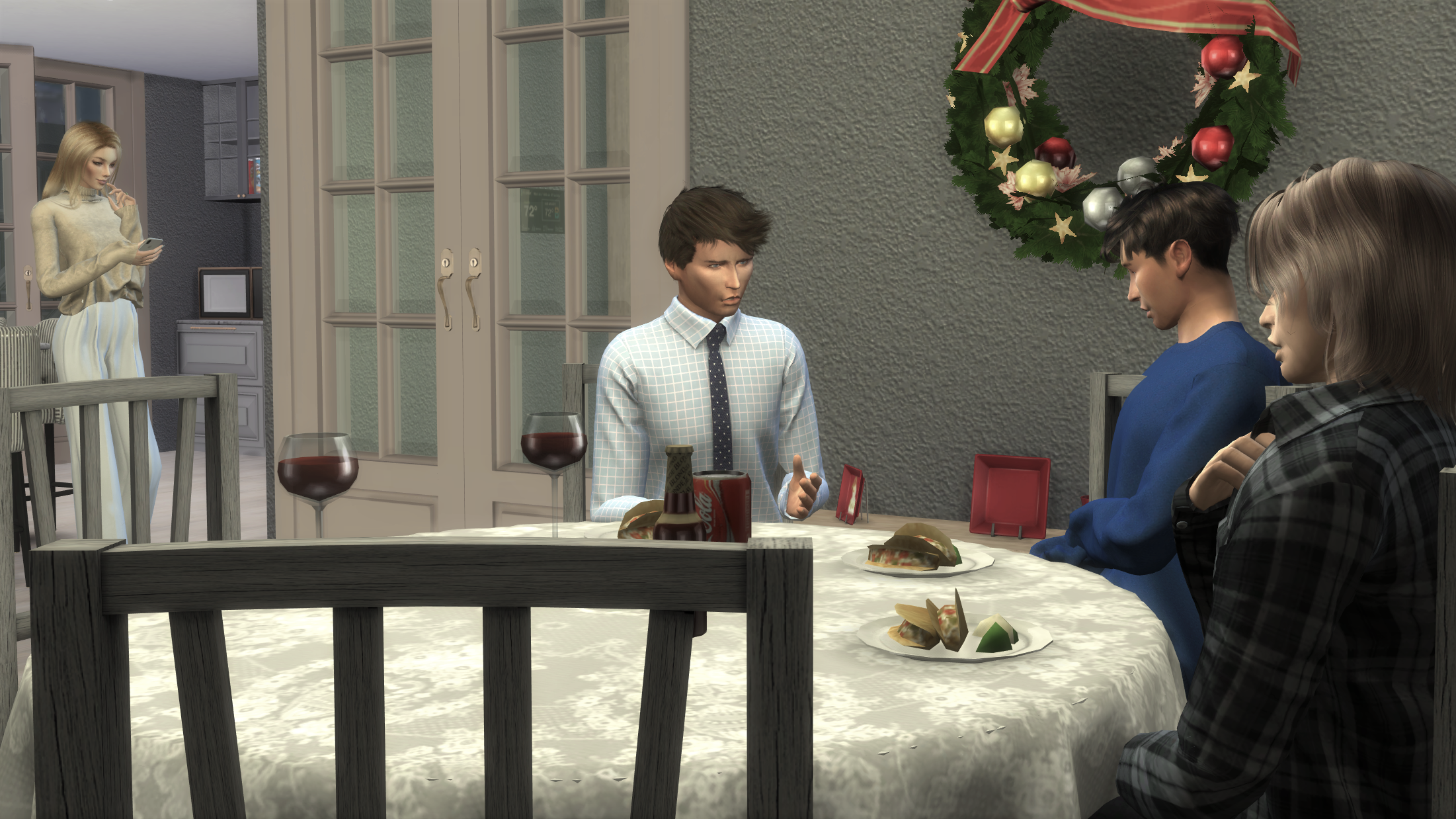 Everyone present stared at her expectantly.

Ethan voiced the question in the room.

“So, what did she want all of a sudden? Remembered some more poison to spit?” 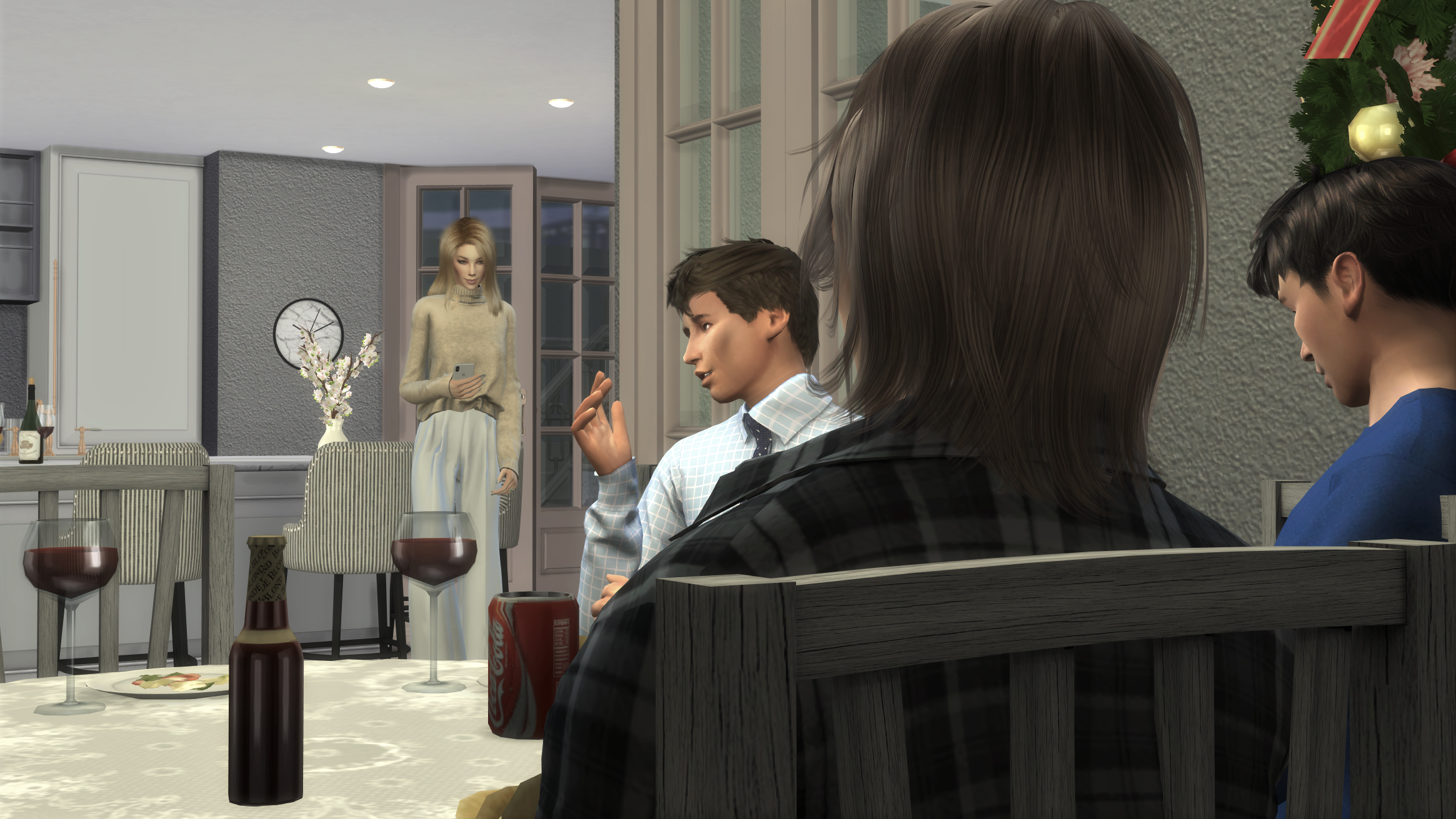 “No. She was very pleasant, sounded genuine and worried. She would like us to come over to her house. Said it was important. I agreed that we would be there shortly.” 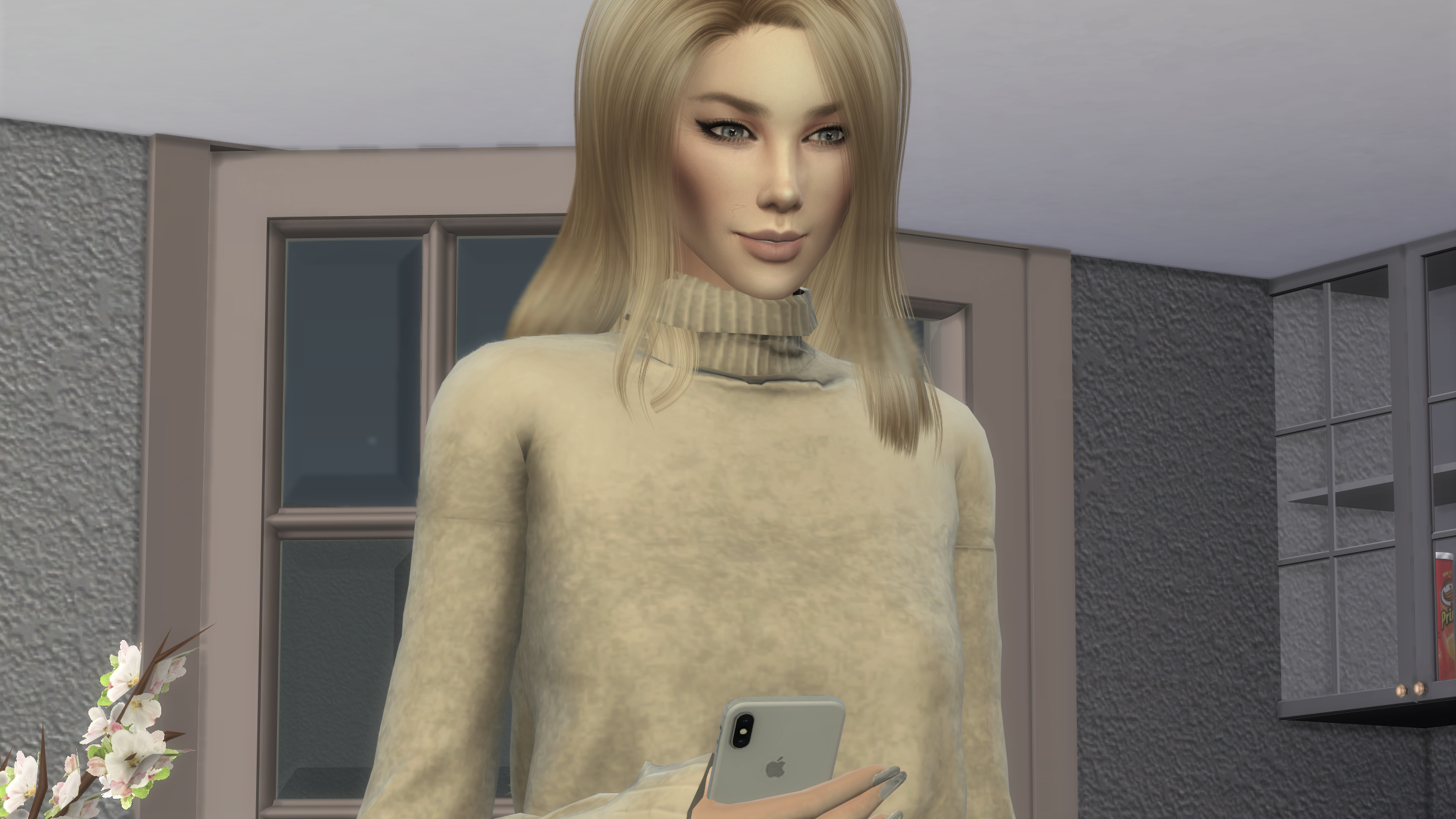 “What?! Why in the world would you agree to that?!” Ethan looked at his wife as if she had grown another head.

“Because I know Grace, just as well as you do. She would never call you of all people, especially not after everything that happened between you, let alone speak to me answering your phone, if it weren’t really important. You too, Blake and Eli. We are going.”

“Oh Blythe, really. You are not gonna fall for that nonsense …” Ethan moaned. 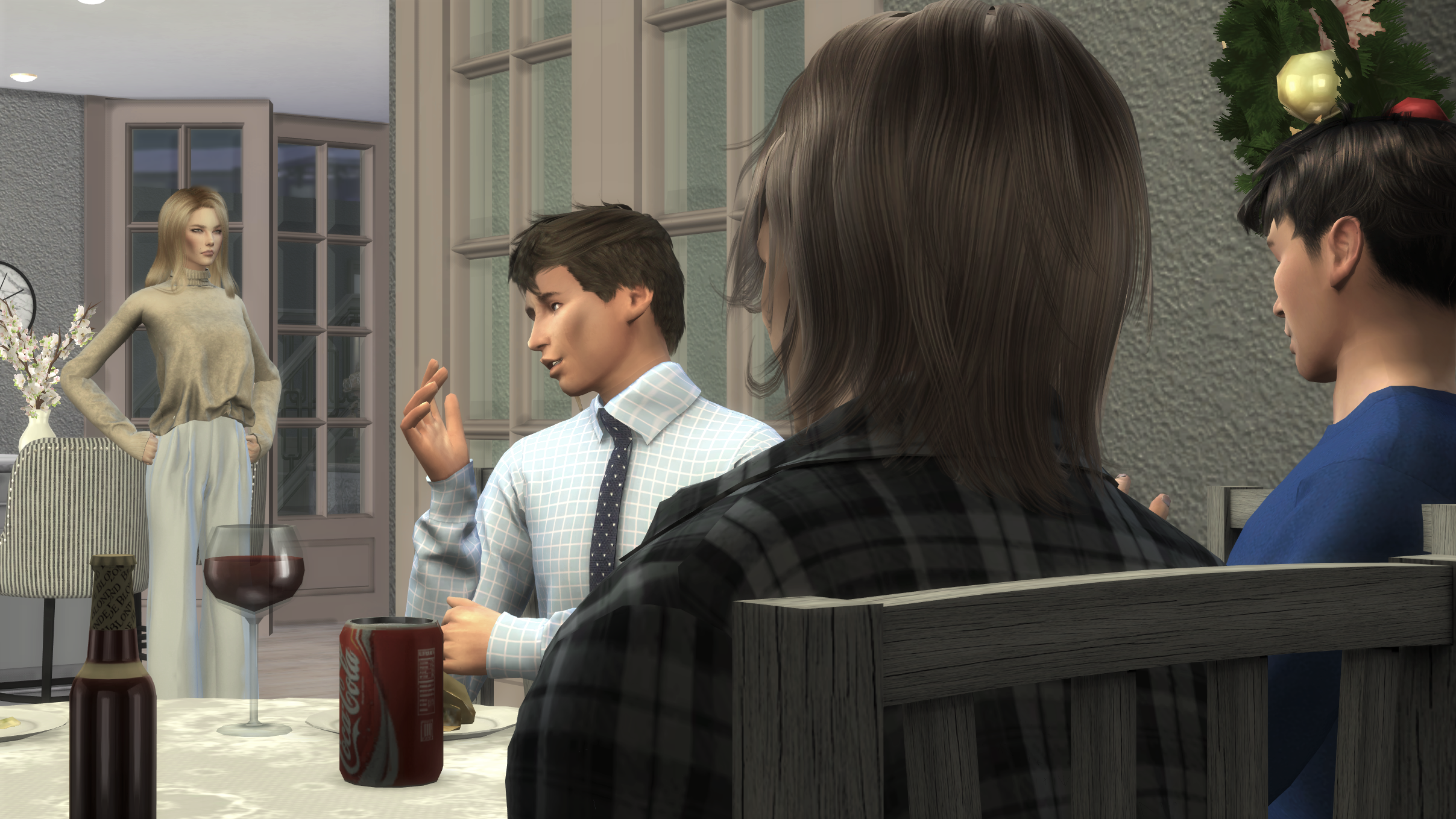 “Get your jackets. I told her we’d be on our way, you will have to trust in my intuition, we are going. So get yourself bundled up, the whole lot of you, or I will dress every single one of you!” Blythe sounded determined and all obliged.

The three men shuffled their feet, each unwilling to be the first up the stairs, so Blythe took the lead and knocked. 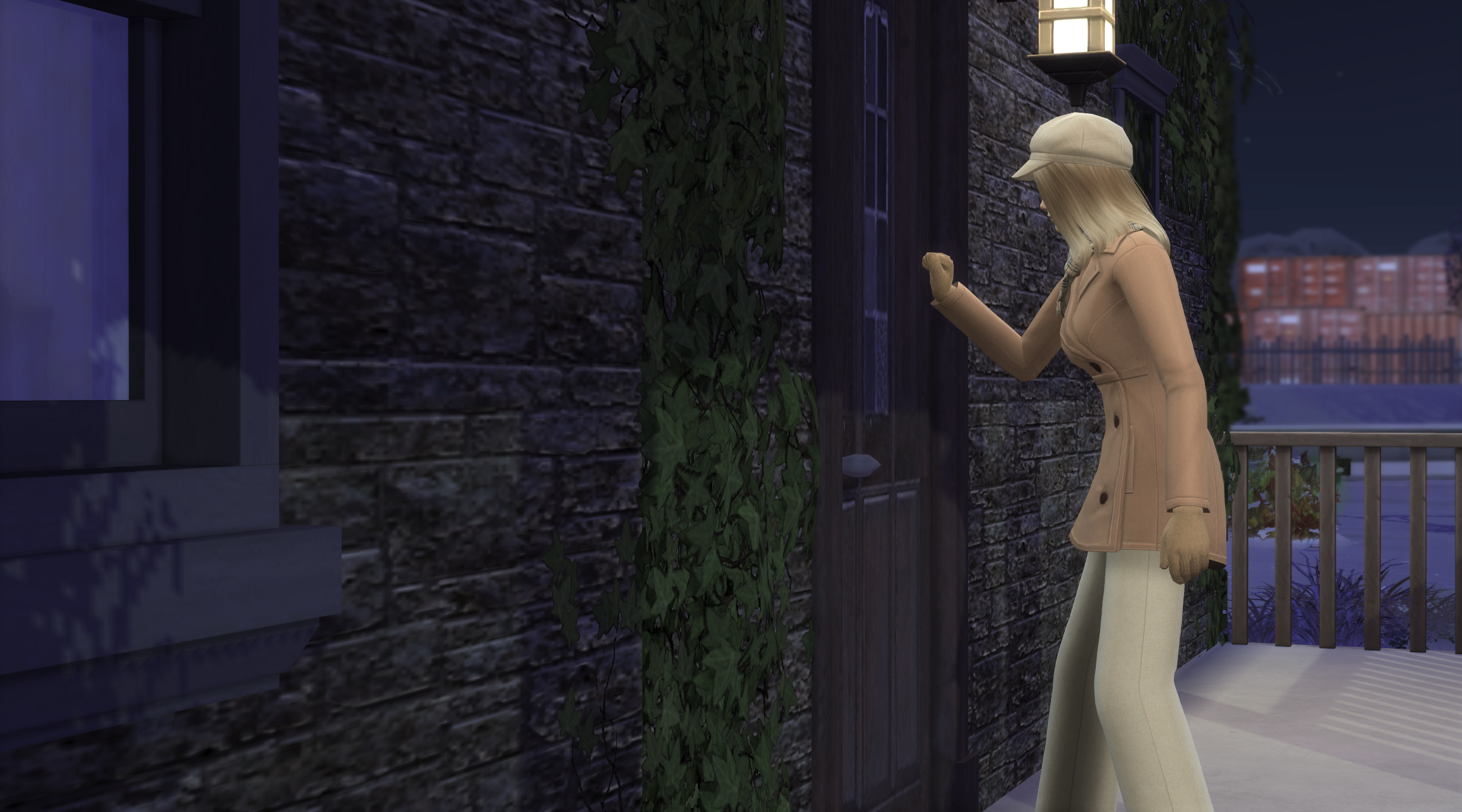 Grace opened quickly, after very frosty greetings she lead them into the living room, thanking them for coming and so quickly.

“I don’t know about good. I would call it a step in the right direction. First of all, I would really like to apologize to all of you for what happened. It was never intended to end like this. A sort of a prank that went out of hand.” Grace responded.

“Prank?! Your creepy son shot my ass and almost killed Blake! Hardly a prank, Grace!” Elias flew off the handle.

“I agree with Elias. Grace, if you called us here to soft talk us, it won’t wash. Cory’s behavior was criminal. Heinous!” Blythe added.

“A criminal is what your son is!” Ethan roared. 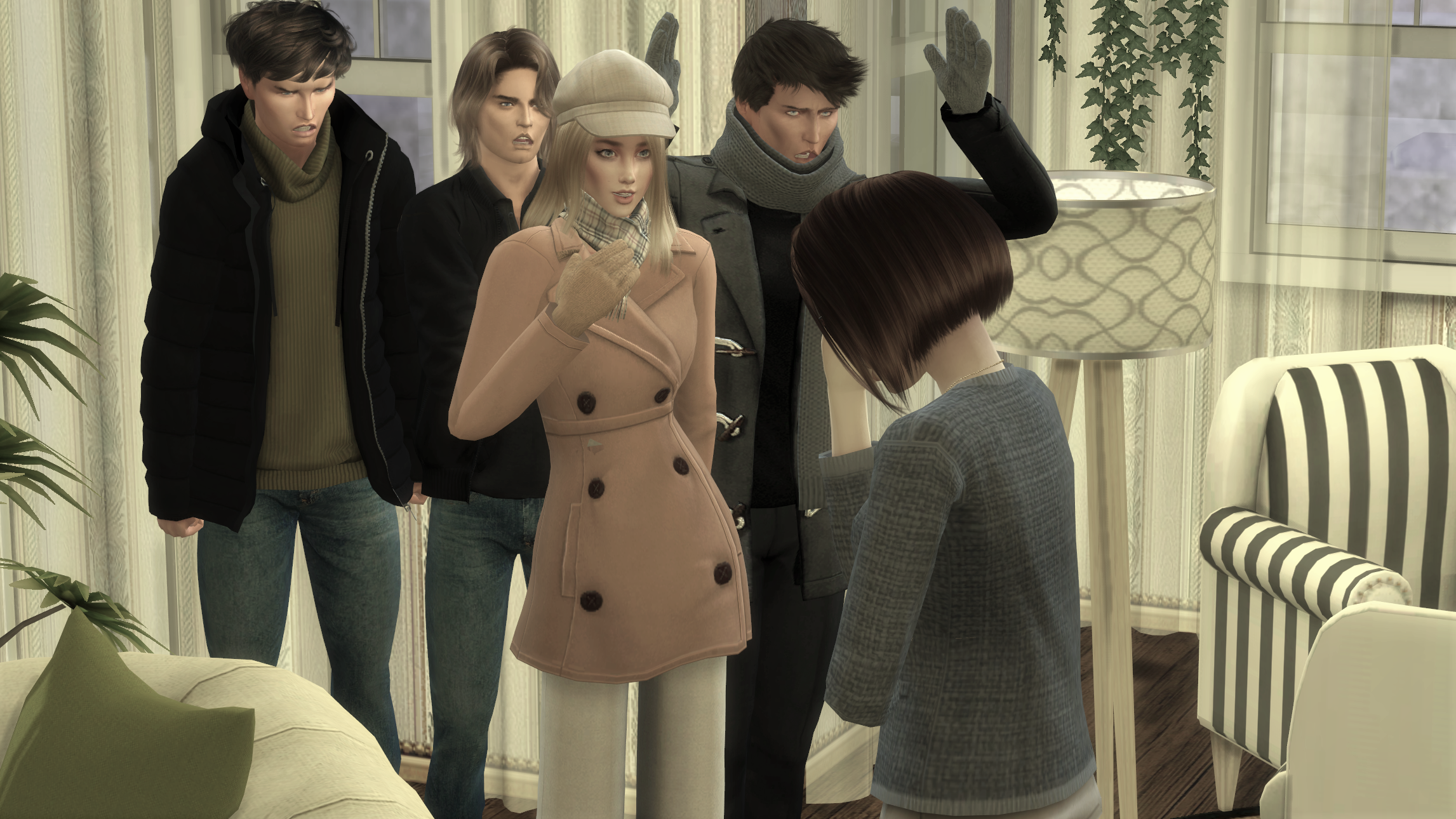 “He didn’t mean for it to go this far …” Grace pleaded.

“How do you know that, Grace?” Ethan inquired, suspicion glistening in his eyes.

“He … told me.” Grace admitted quietly.

“YOU HAVE SPOKEN TO HIM!?” Ethan’s voice nearly shook the walls of the small room.

“Ethan, please calm down. I appeal to you as a parent of a child who had lost his way, temporarily, and then was overwhelmed by the unforeseen consequences. He got scared. He never meant it to be like that. You of all people should be able to relate to it.” Grace shot a brief side-glance to Blake, reminding Ethan of his son’s terrible teen actions.

“Fine. So what do you want exactly.” Ethan asked. 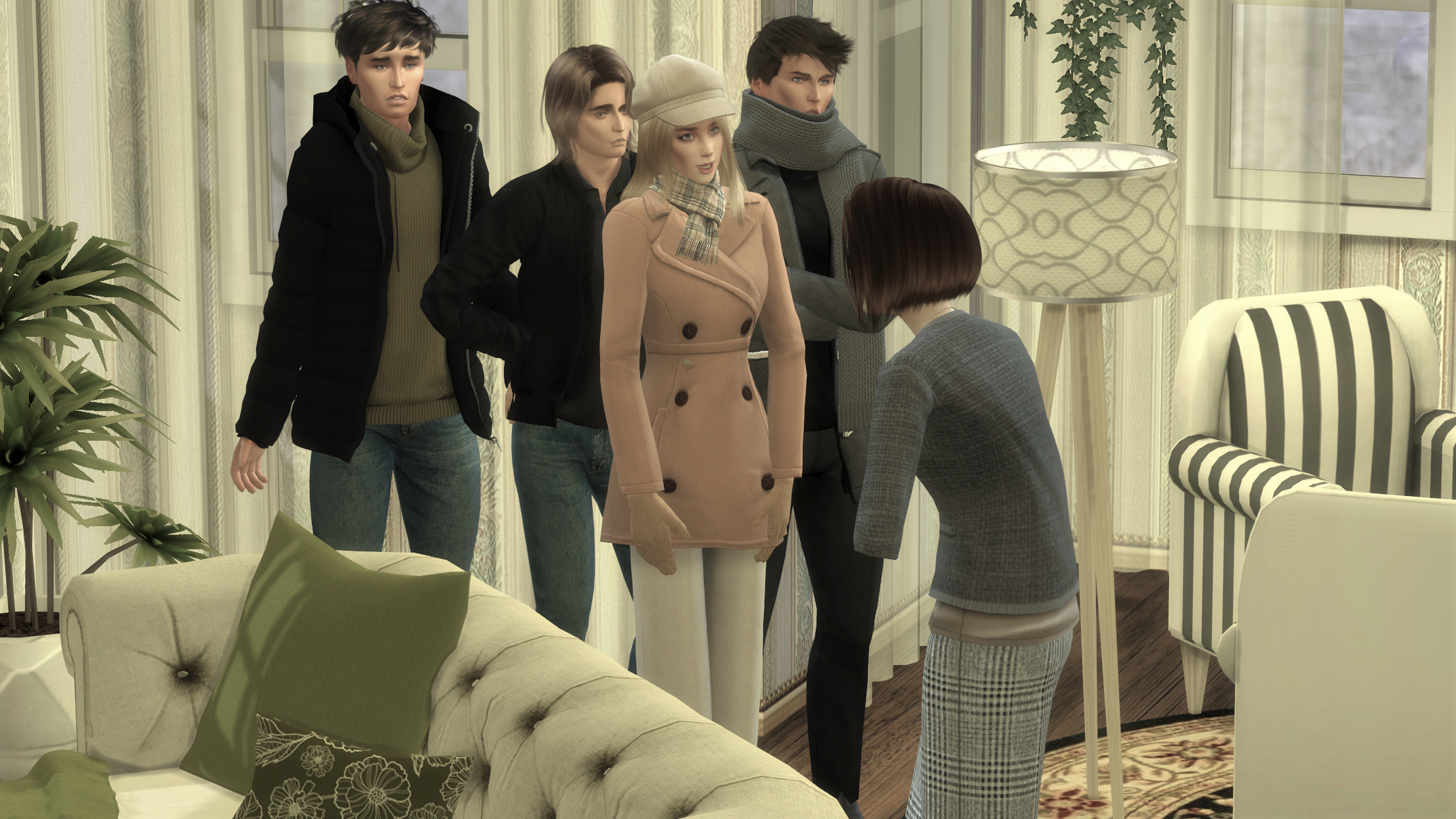 Before Grace, who was visibly worse than uncomfortable, could answer, a door opened and Alex Pritchett, Grace’s ex-husband and Cory’s father, entered with a sheepish Cory in tow. Father shielding his son from Ethan, Elias and Blake all tensing up at the same time, taking aggressive stances.

“You all stay back! I will do whatever it takes to protect my son! He is here on his own accord and would like to ask your forgiveness for something very, very stupid he has done, that snowballed out of proportion, which was never intended the way it went. In turn for him agreeing to fully apologize to each and every one of you, we ask that you do the kind thing and drop the charges filed against him. What happened is admittedly regretful and horrible, but should not ruin a young man’s entire life for one foolish mistake. That won’t undo what has happened either anyway.” 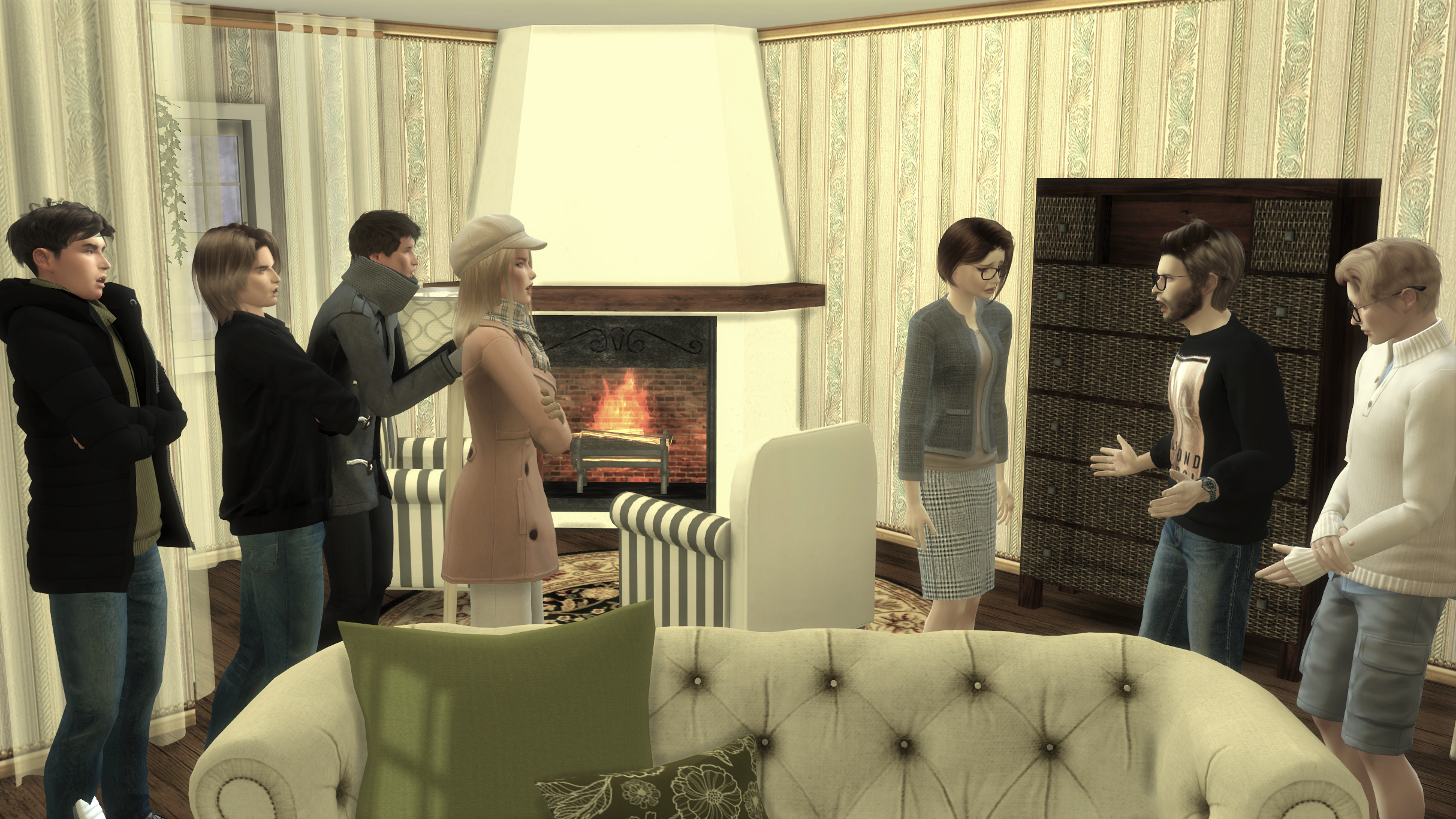 “You have got to be joking me!” Ethan roared.

“Seriously. Your screwed up son shot me, let me repeat that, that bitch over there SHOT ME, and he almost got my brother killed. Blake was in super-bad shape when he got home and that was already him mostly recovered. He is still suffering, because of your criminal son! You all have to be screwing with us!” Elias screamed angrily.

Blake said nothing, but suddenly was incredibly fast, passed Alex Pritchett and had Cory on his back, beating around on him before anyone could react. Both fathers had their hands full to separate the two again. 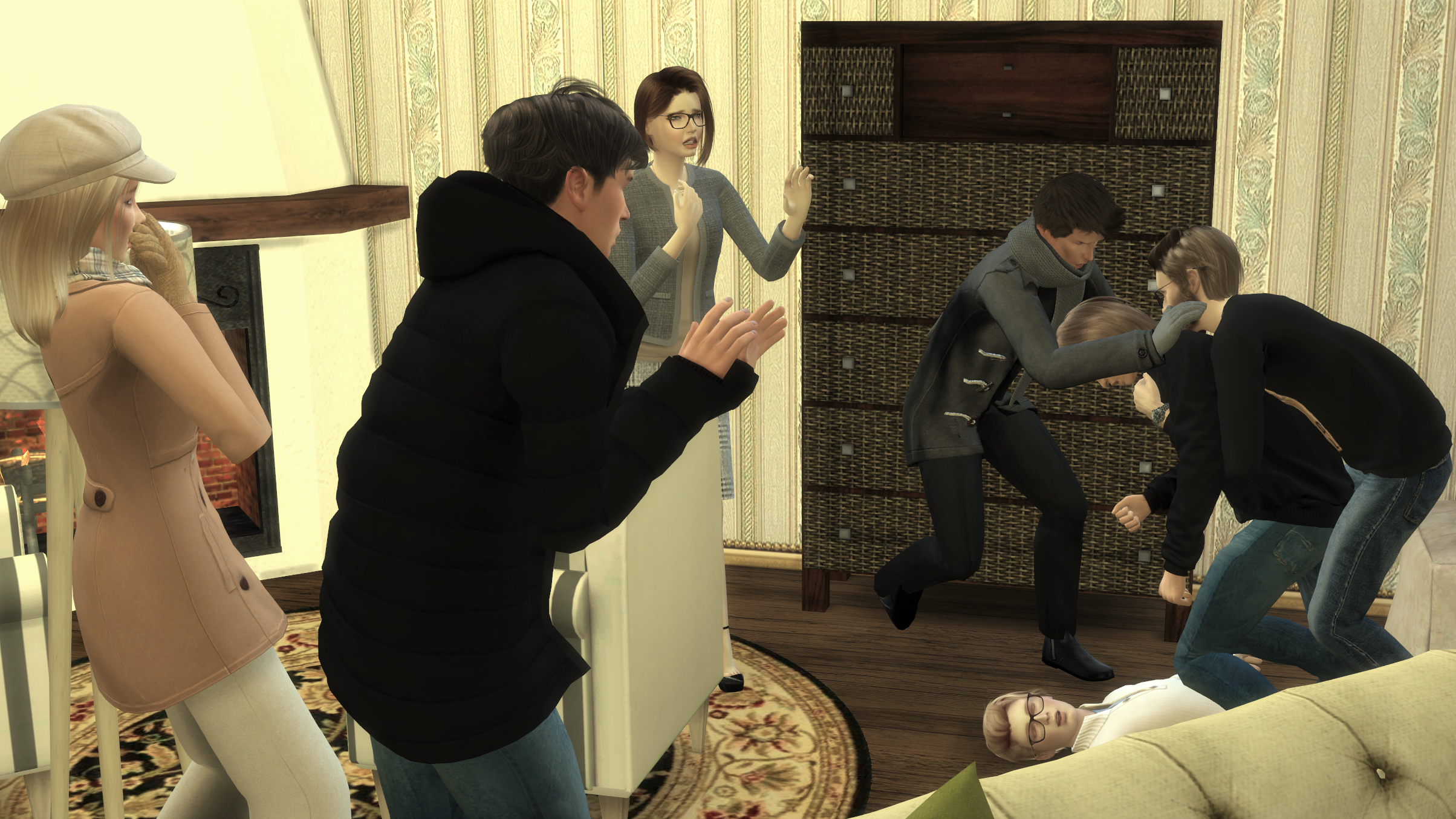 It all ended in yelling until very unusual for her always quiet composure, Blythe yelled.

All halted, stopped in their tracks and stared at her, surprised.

“What has gotten into all of you!? I understand emotions are high, but we all are adults here and know better. As for you, Mr. Pritchett, I find it offensive and insulting how you attempt to downplay your son’s evil actions! You should be ashamed of yourself and of him! He gambled on the possibility of both my sons’ deaths way too nonchalantly and I see no reason why we should just shake hands and let that slide as if he had only stolen a candy bar. And you, young man, you should be ashamed of yourself for not coming forth sooner and for not turning yourself in. You may have your mother wrapped around your finger and told your father pretty little lies, but none of that will work on me. You may be sorry, but I do not think you are sorry for the right reasons. You will be held accountable for what you have done! You are not some silly school boy, but a grown man! Ethan, would you please call Nick and have him come here and I would suggest you call your lawyer as well. THEN we will speak. Should Cory make only the attempt of leaving, I will call someone much higher than the local police. I have had a suspicion on why we could not find Blake all along nor the hospital he was in and vice versa and seeing all this unfold just confirmed it. You helped your son, Mr. Pritchett, probably by helping him hide, but most likely also through abusing your employment at the police station of the local hamlet, with full access to all files, so you were able to make the missing persons reports and resulting electronic investigation files conveniently disappear. That’s why the hospital found nothing when they checked with the police. Am I getting warm, Mr. Pritchett?!”

Alex Pritchett did not need to reply, his face did the talking for him. 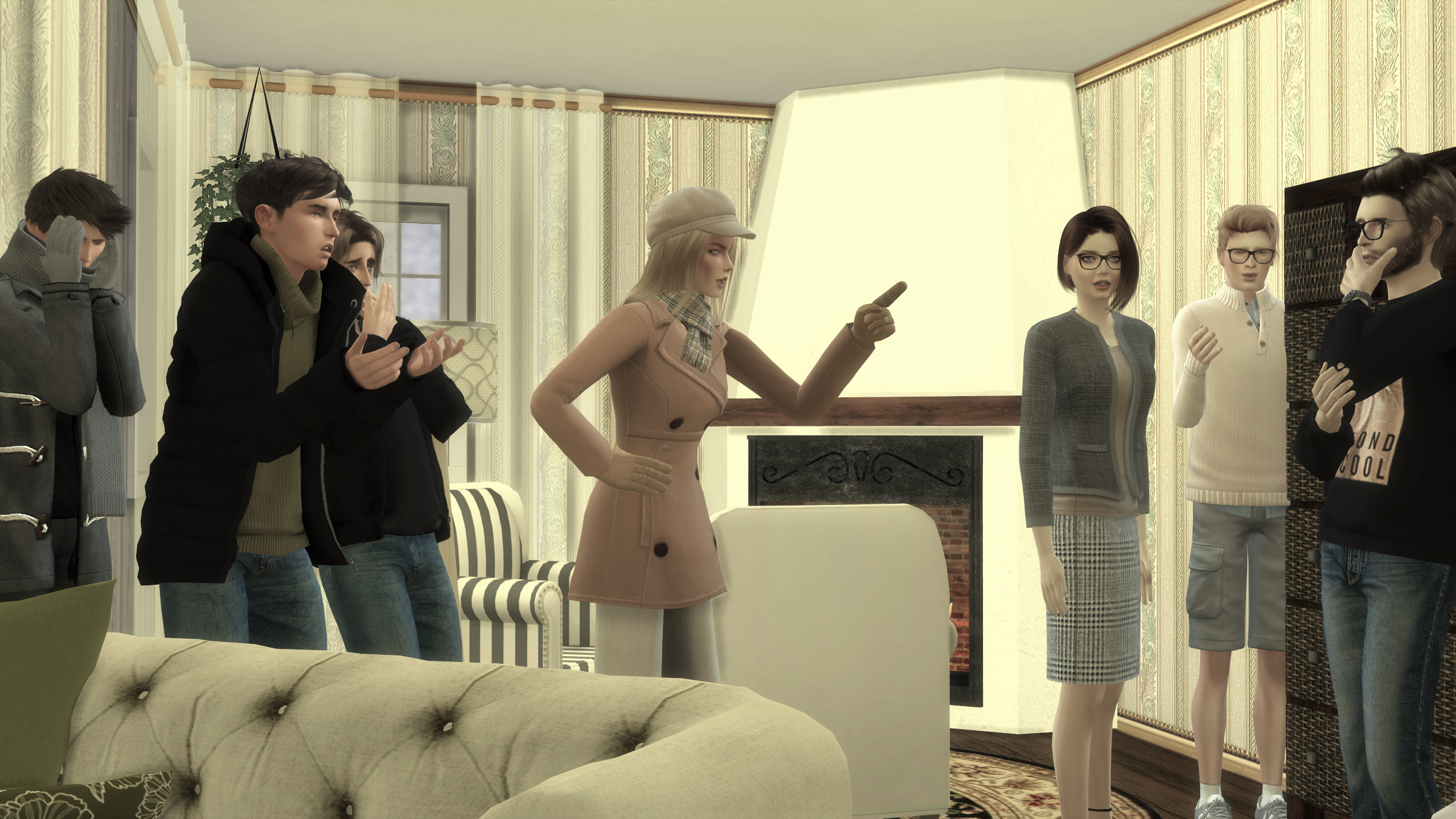