This chapter differs from the  others as it is more a time lapse over several years and an introduction to the children who will be our Generation 7 very soon.

The next few years seemed to have passed like a blur for most. Children got older, old problems were solved but replaced by new ones. An ever renewing cycle.

By the time Briar Rose was 2, Elias and Sarah had moved into their own home in Brindleton Bay. 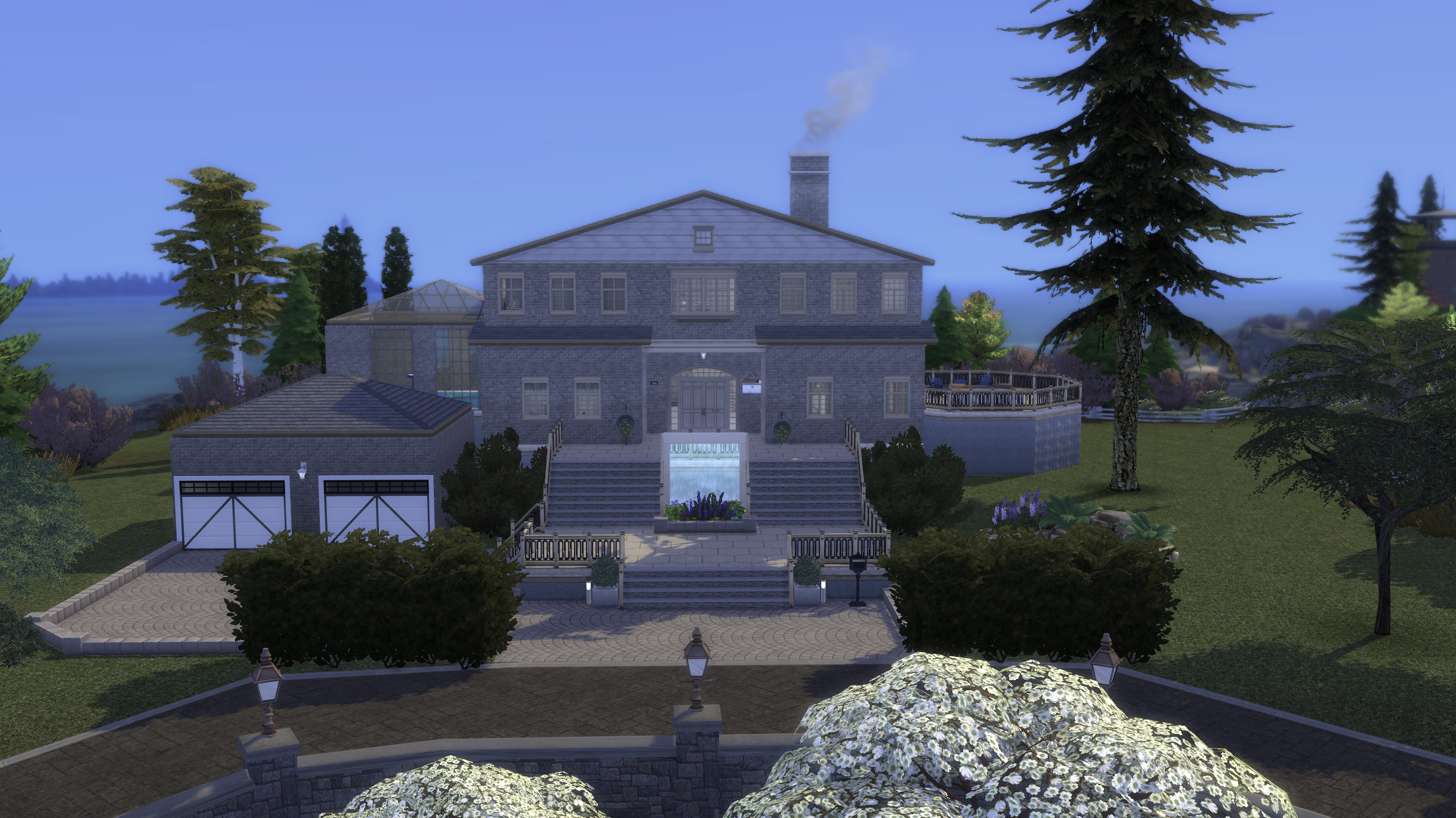 They seemed to have genuinely fallen in love with each other and the idea of being parents. 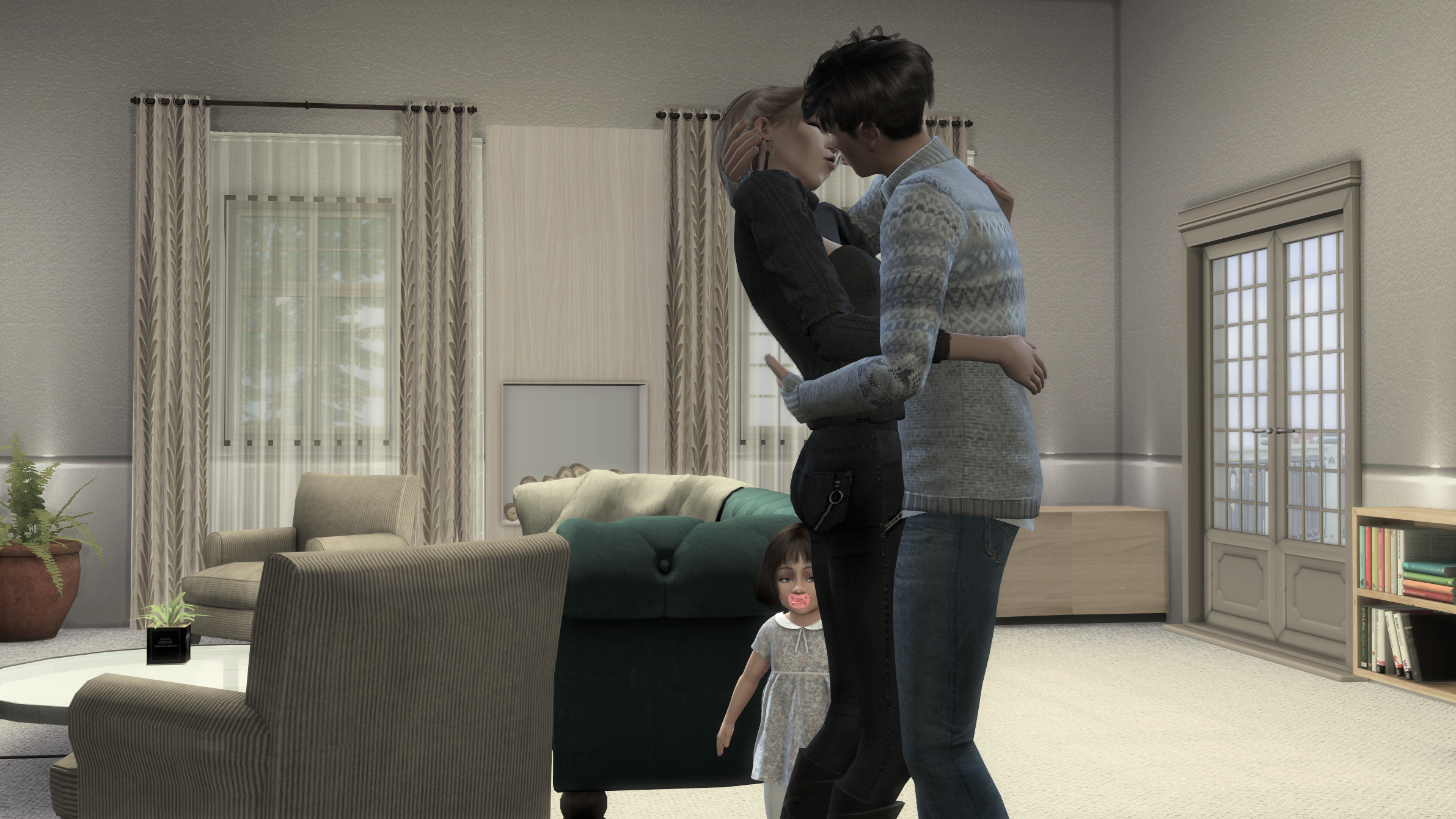 And they shared a deep love for their daughter. 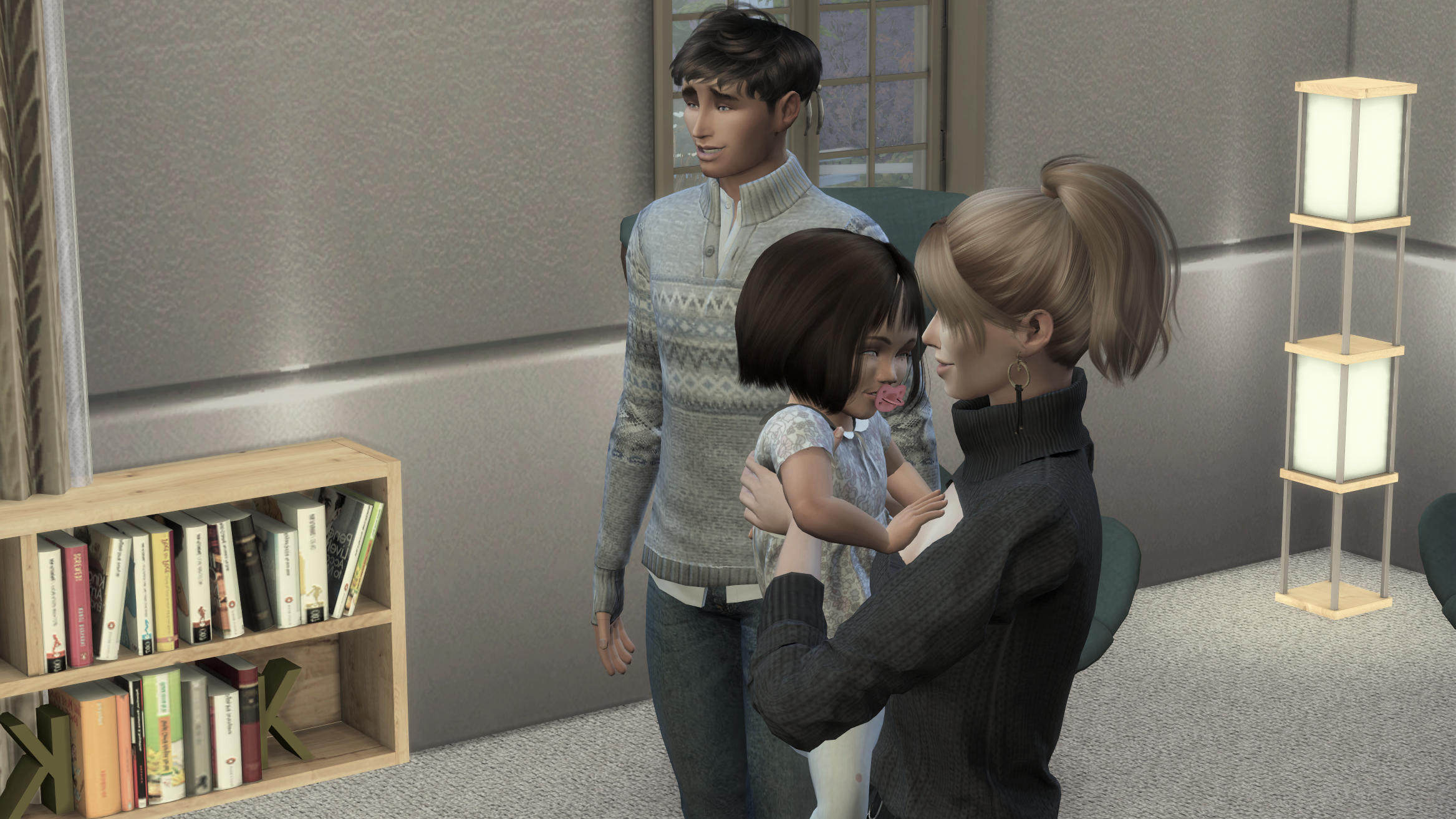 The feeling was mutual. Briar Rose loved mommy and daddy and was a very clingy toddler. 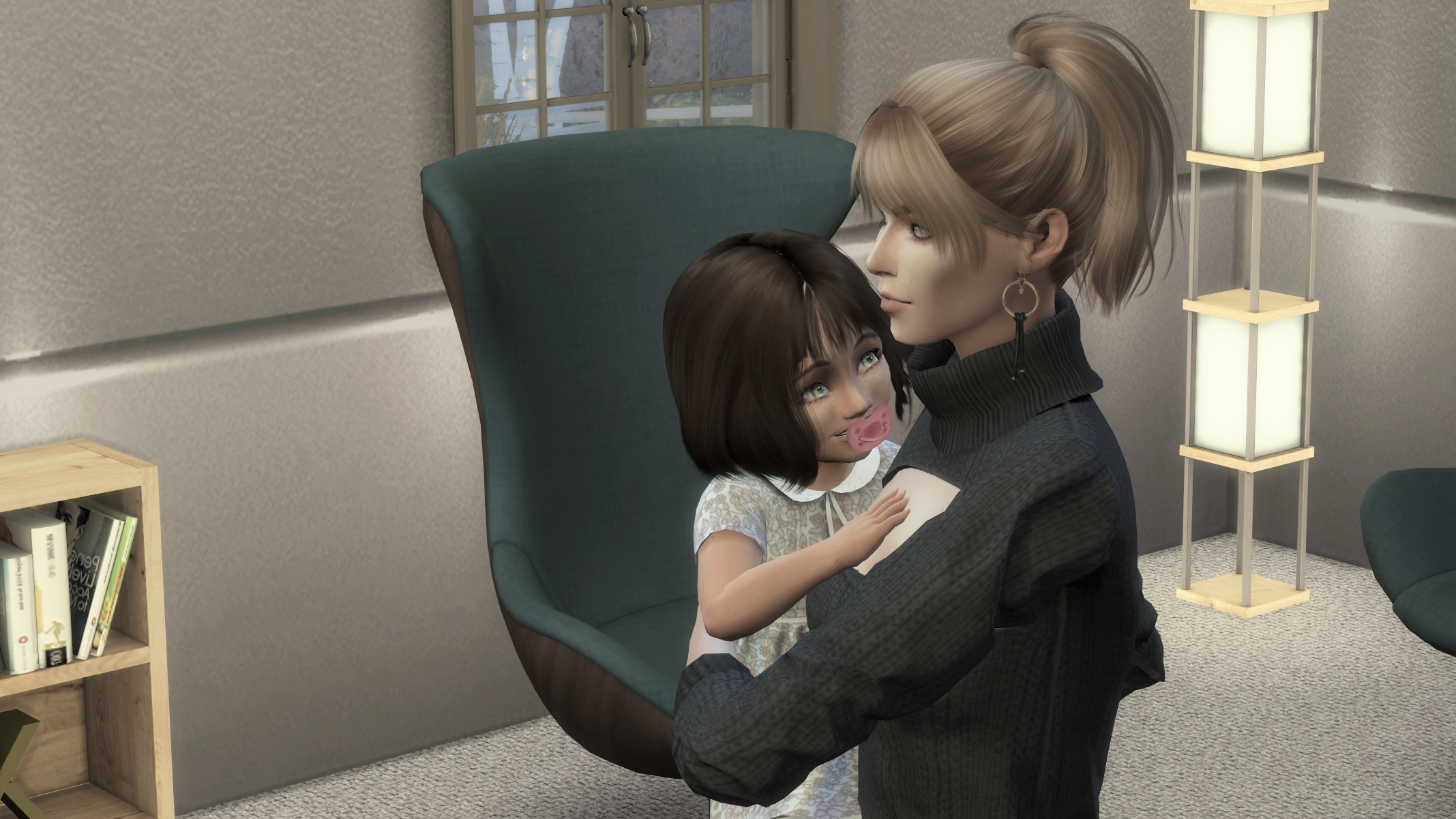 Caring for the child was split equally and both did their best to raise a smart, happy child. 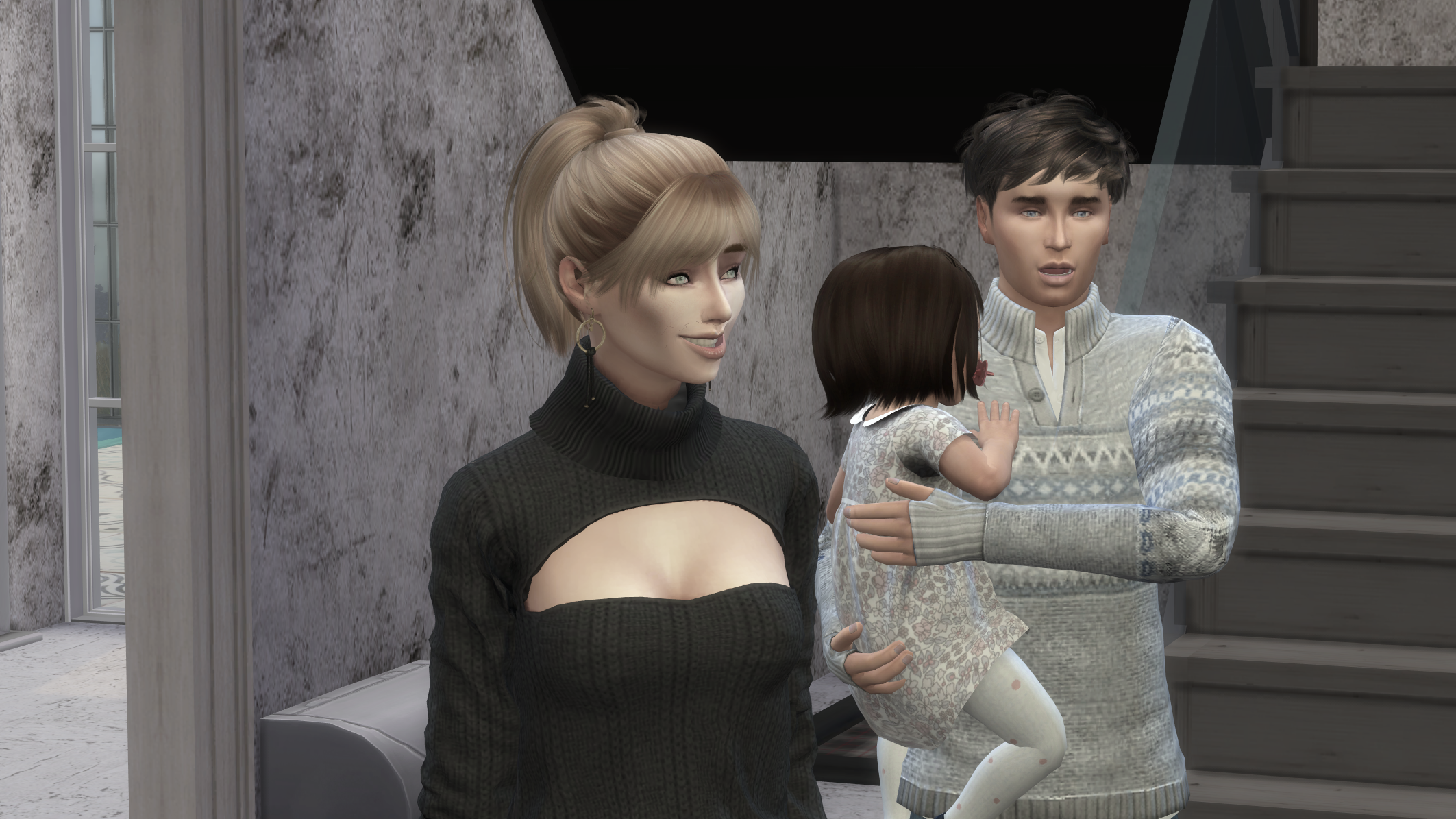 Unfortunately, there also were bad times between them. And when it got bad, it was BAD, and that lasted. Occasionally for hours on end, or even days at a time. 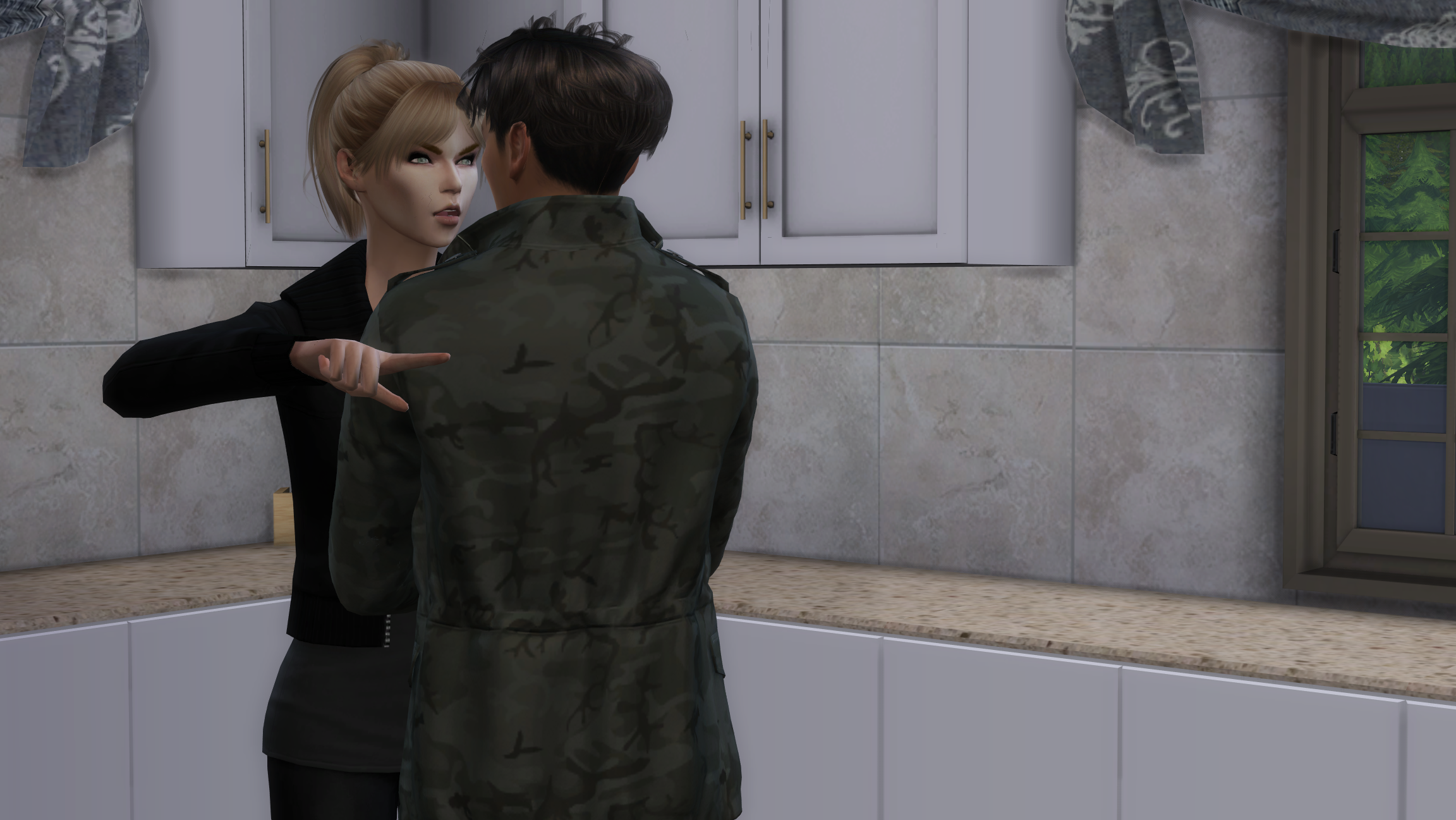 Like clockwork, one would start the argument, more often than not it was Sarah, then both would end up chasing each other through the house yelling at one another, upstairs, downstairs, even outside. 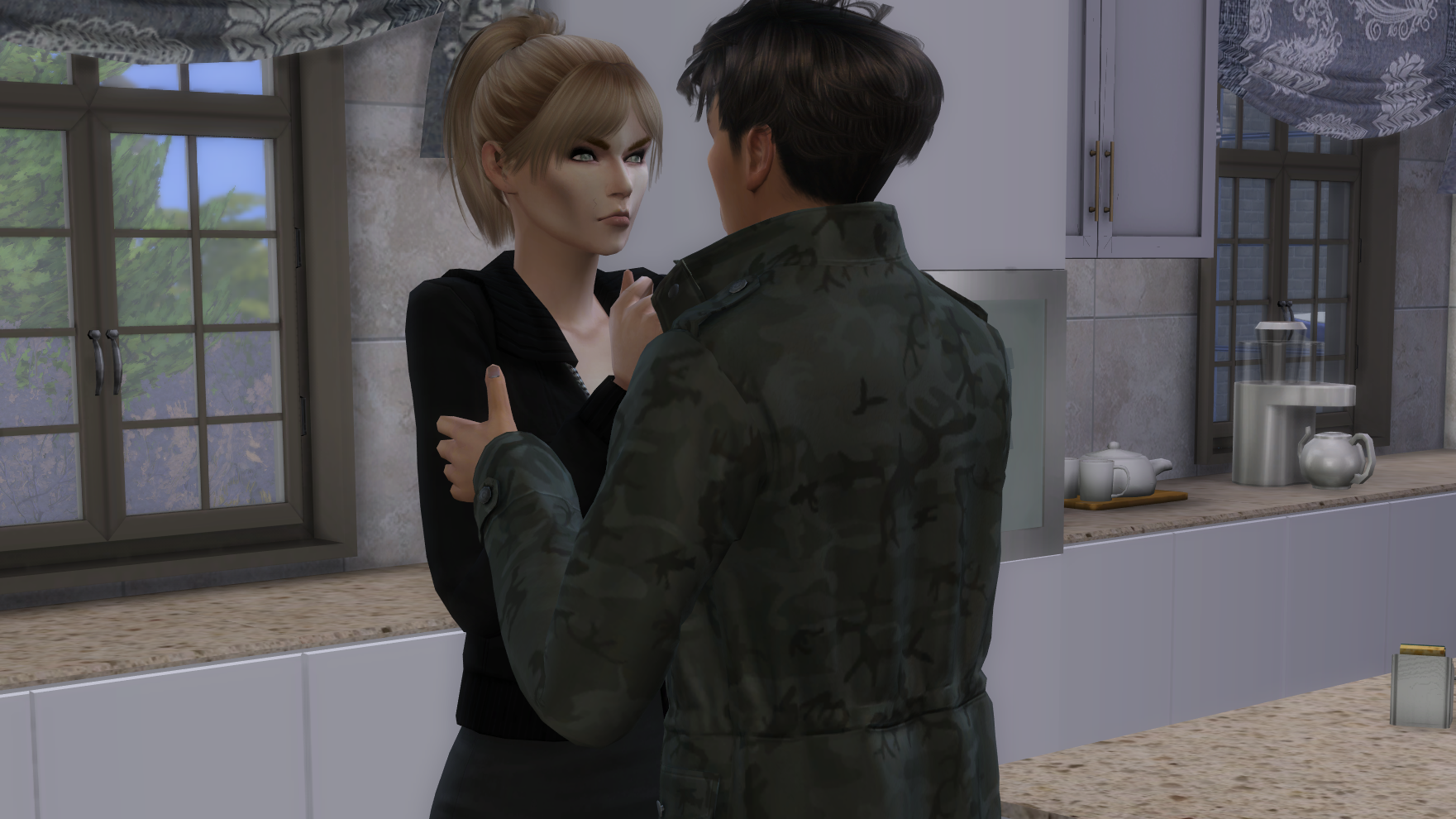 Every time each seemed to desperately try to win the argument, which never happened. Everybody lost, every single time. Most of all little Briar Rose. 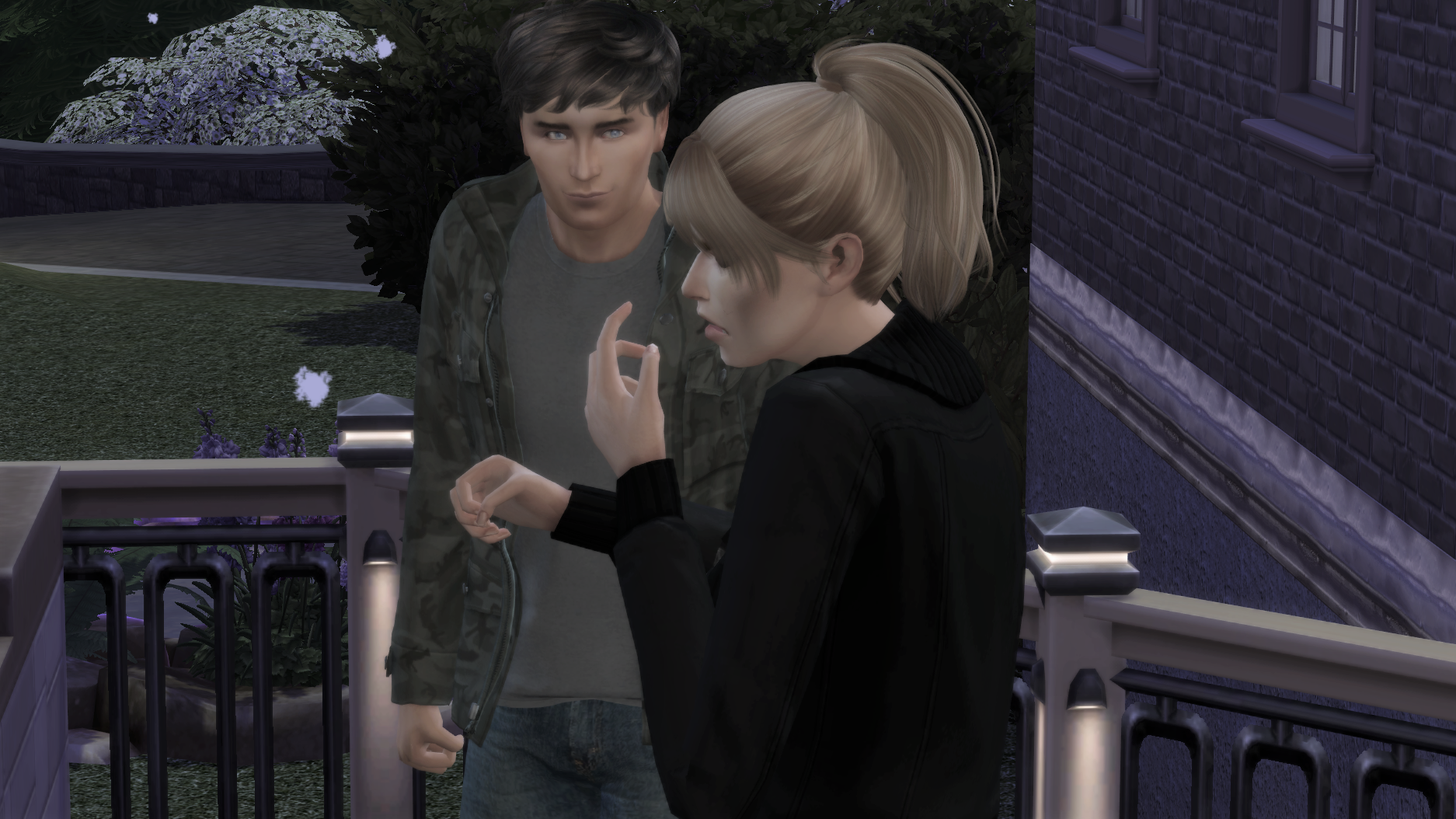 At work however, Elias proved to be a valuable asset. His very current education and youth helped EC Architects win some new clients over with a fresh take on things. Ethan thoroughly enjoyed working with his son, and the feeling proved mutual. 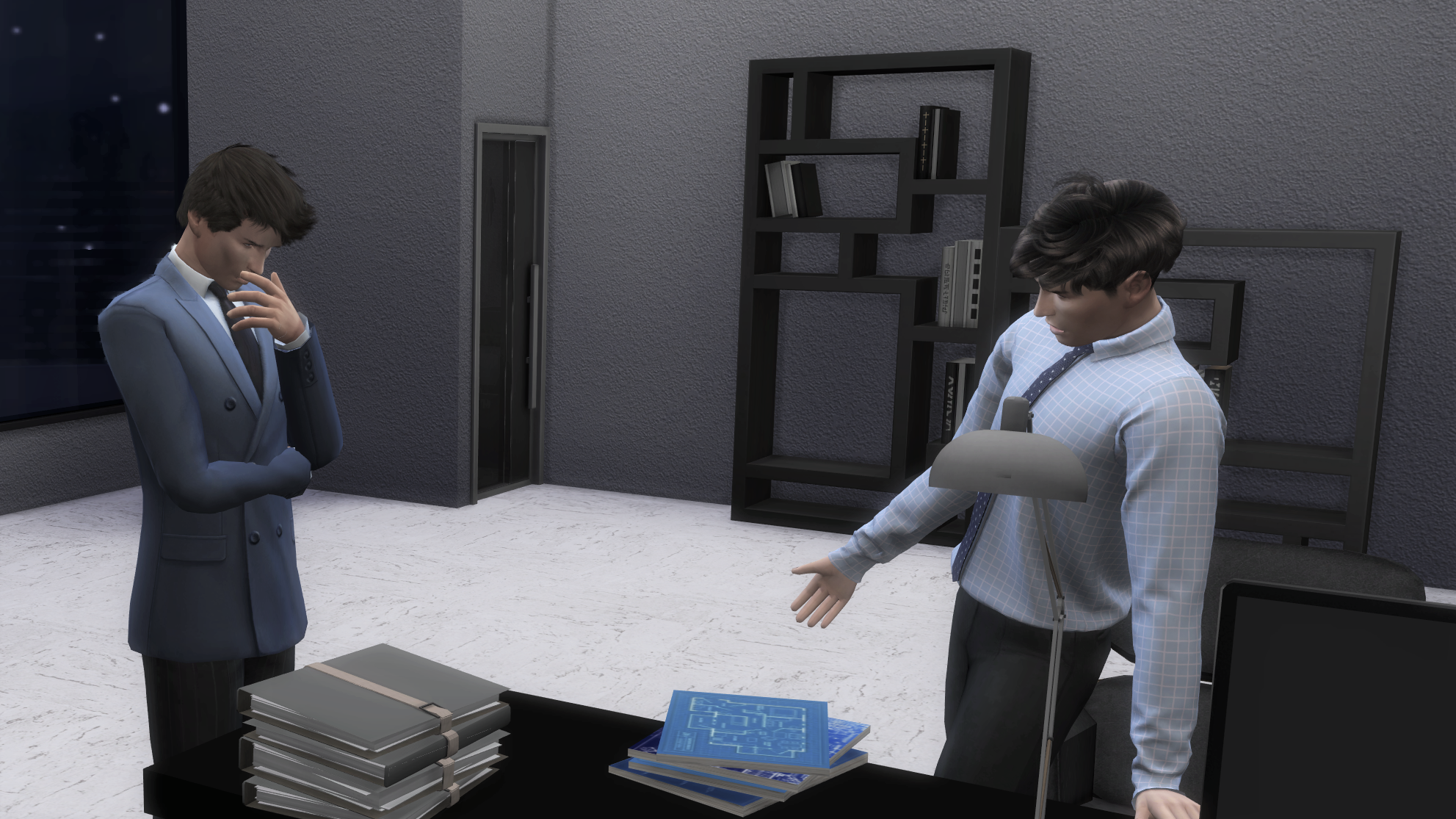 As for Blake, his voice finally recovered enough to be able to get back into his music production business.
He even began to write his own music again for a potential new album.
His focus, clearly, was on his family. His son Chase now officially a teen, his daughter Kiera in Grade School. He and Hailey still went camping and fishing a lot, and the kids loved it too. Meals together were the standard.

Chase was a sweet, but quiet kid. Close to his parents and his little sister. He wasn’t stellar in school, but also not really bad. Hailey did her best to help him get an appetite for education, but he seemed to be more than content somewhere in the middle. 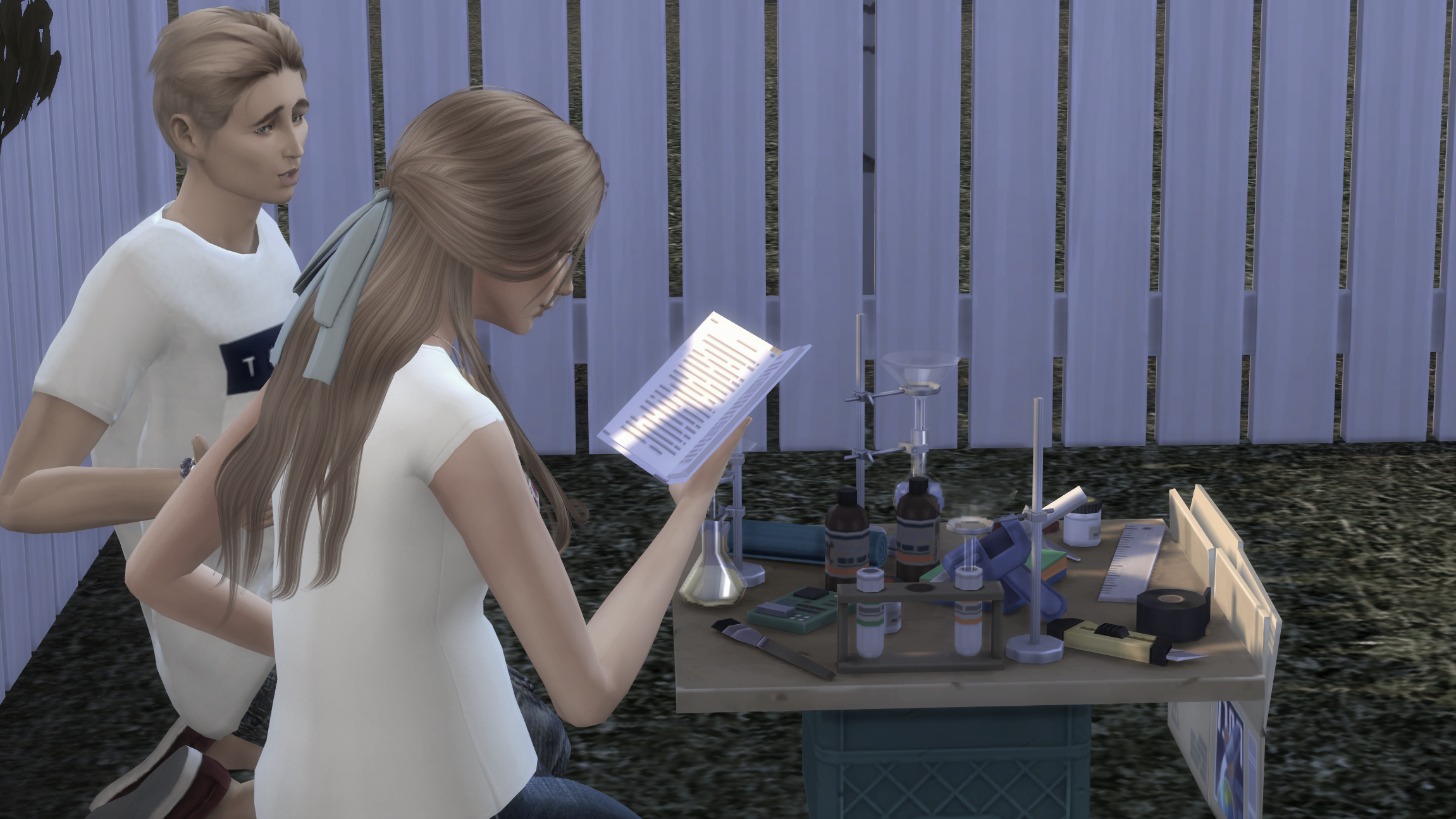 He never got in trouble, rarely needed to be reprimanded or reminded of chores, had friends but spent a lot of time at home. He displayed none of the proverbial negative teen behavior.

During family outings, family fests or school gatherings, he was always part of the crowd, laughing, having fun, he was definitely not shy. Still, usually during family dinners it would often be Kiera entertaining everyone with her bubbly personality. 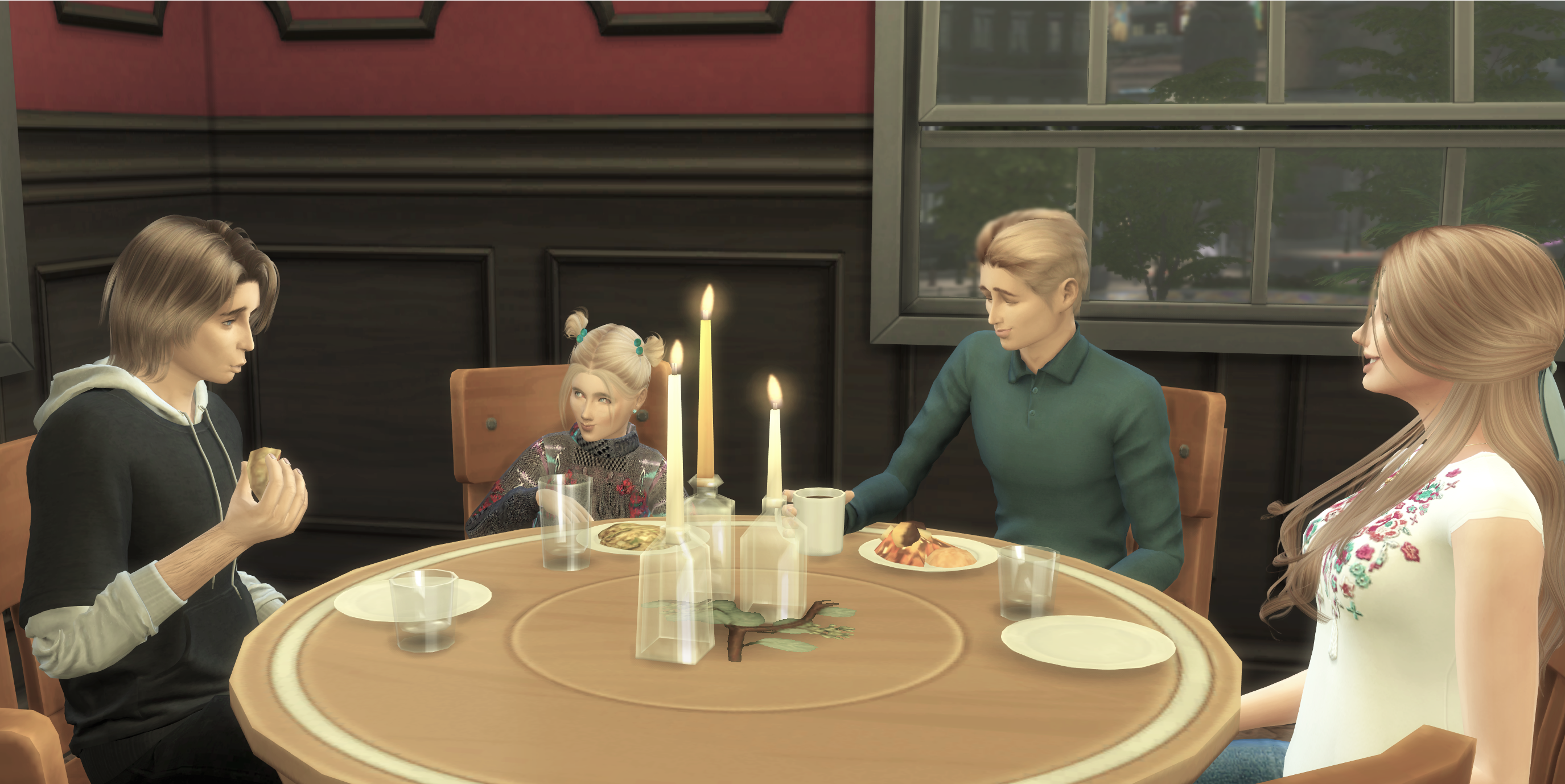 Much to Blake’s delight, Chase showed interest in music, on a much smaller scale as Blake ever did, but to Blake it felt like a good chance for bonding and to hand down something of substance to his son that his grandfather had given him. 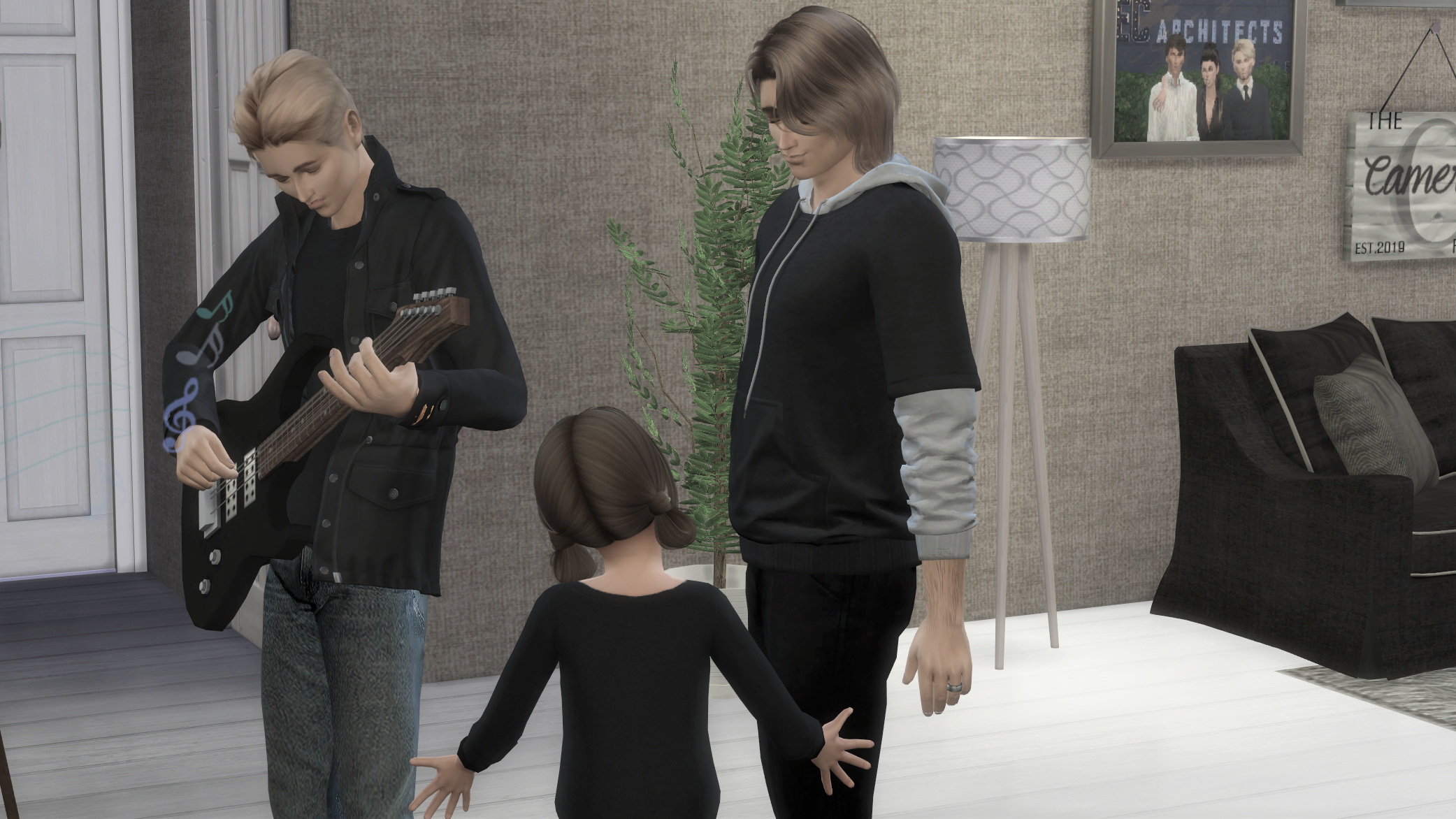 Kiera was sweet and outgoing.
Like her brother she gave no reason to complain, she too enjoyed music. Unlike her brother she had friends whom she spent a fair share of her time with. Among them counted their cousin Briar Rose.
Even though she was almost two years younger, they got along very well, since they were quasi neighbors, they spend much time together. Unlike her brother, she enjoyed school, her grades and teacher’s comments reflected that. 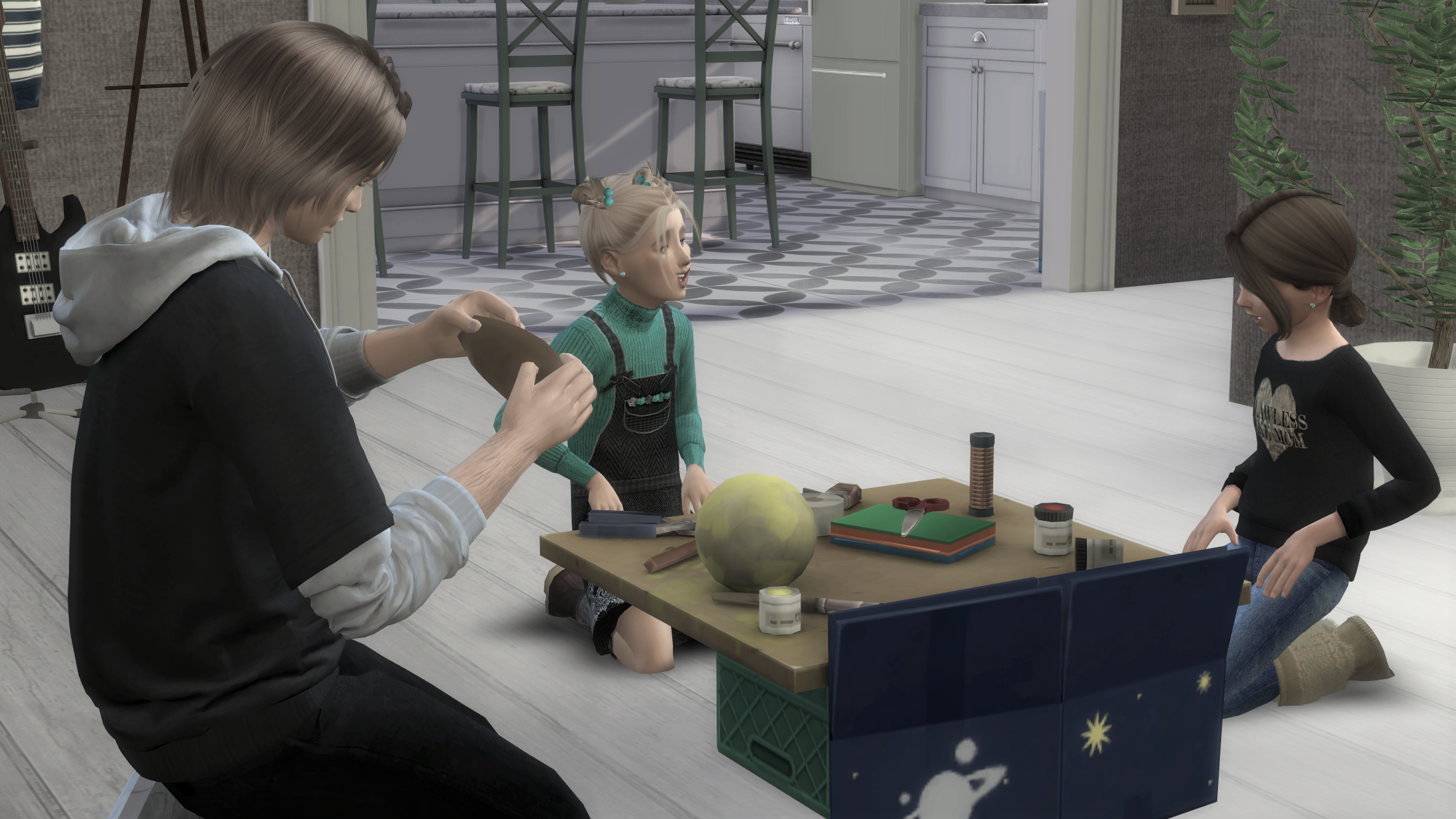 Briar Rose was a sweet and quiet child too, but troubled in a way by her parents’ tendency to go from loving to yelling at each other in mere seconds, with little regard that their daughter might be in hearing distance.

Her father Elias was usually the quiet one silently enduring his wife’s tirades until he couldn’t take it anymore, but Sarah had a temper, did not cope well with stress of any kind. When she reached her breaking point, it did not take much to light her fuse. Thankfully she had never directed her aggression towards their child. 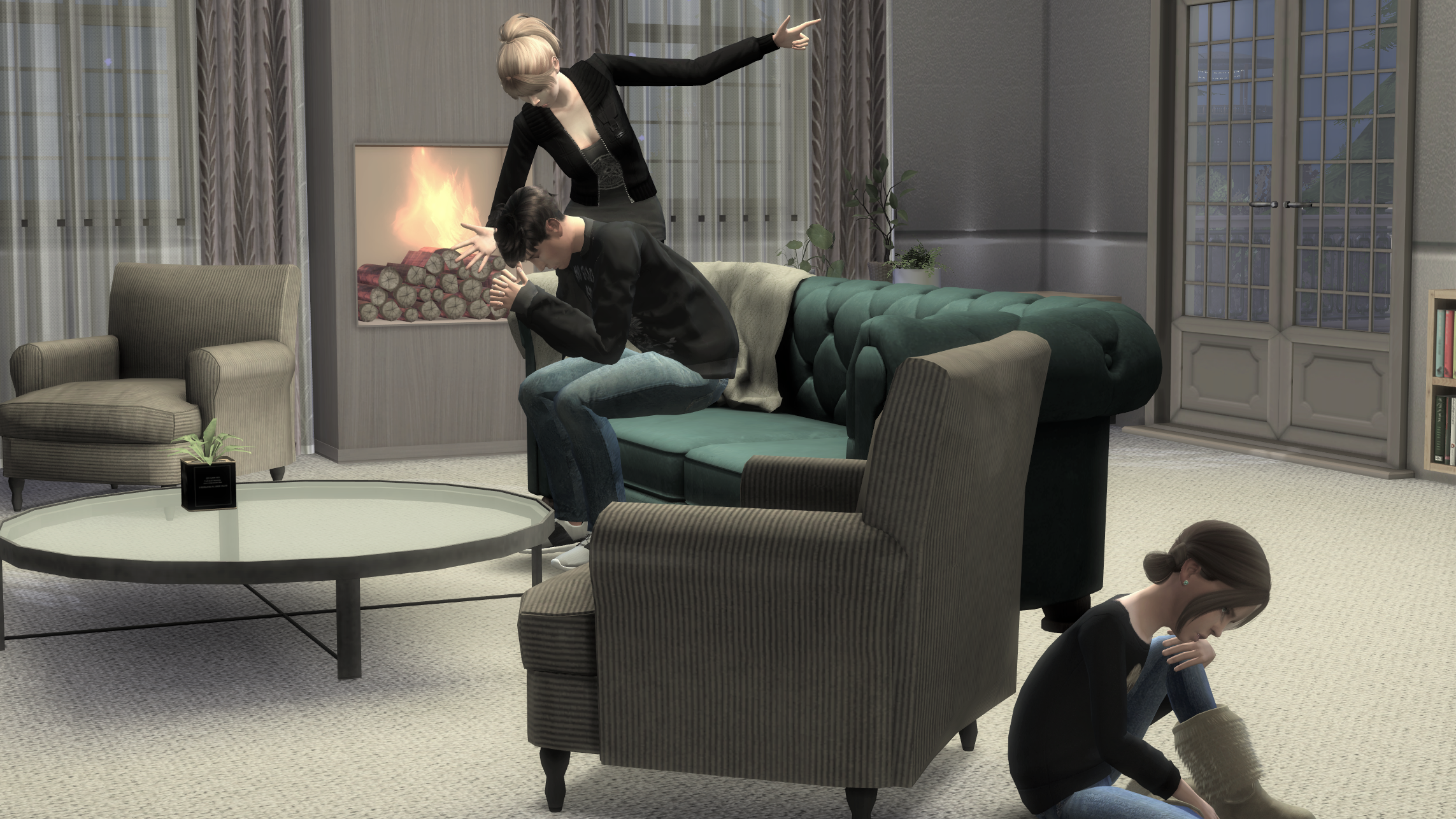 Unfortunately, despite many very candid attempts to talk sense into both by Ethan, Blythe and Blake to bring them to their senses about the terrible and terrifying behavior, the fights kept happening like clockwork.

It was hard to recommend a fix, as they both genuinely cared for and loved each other and their daughter and she loved them. Nobody worried about them breaking up, but everyone was concerned about what this might be doing to their child’s psyche. 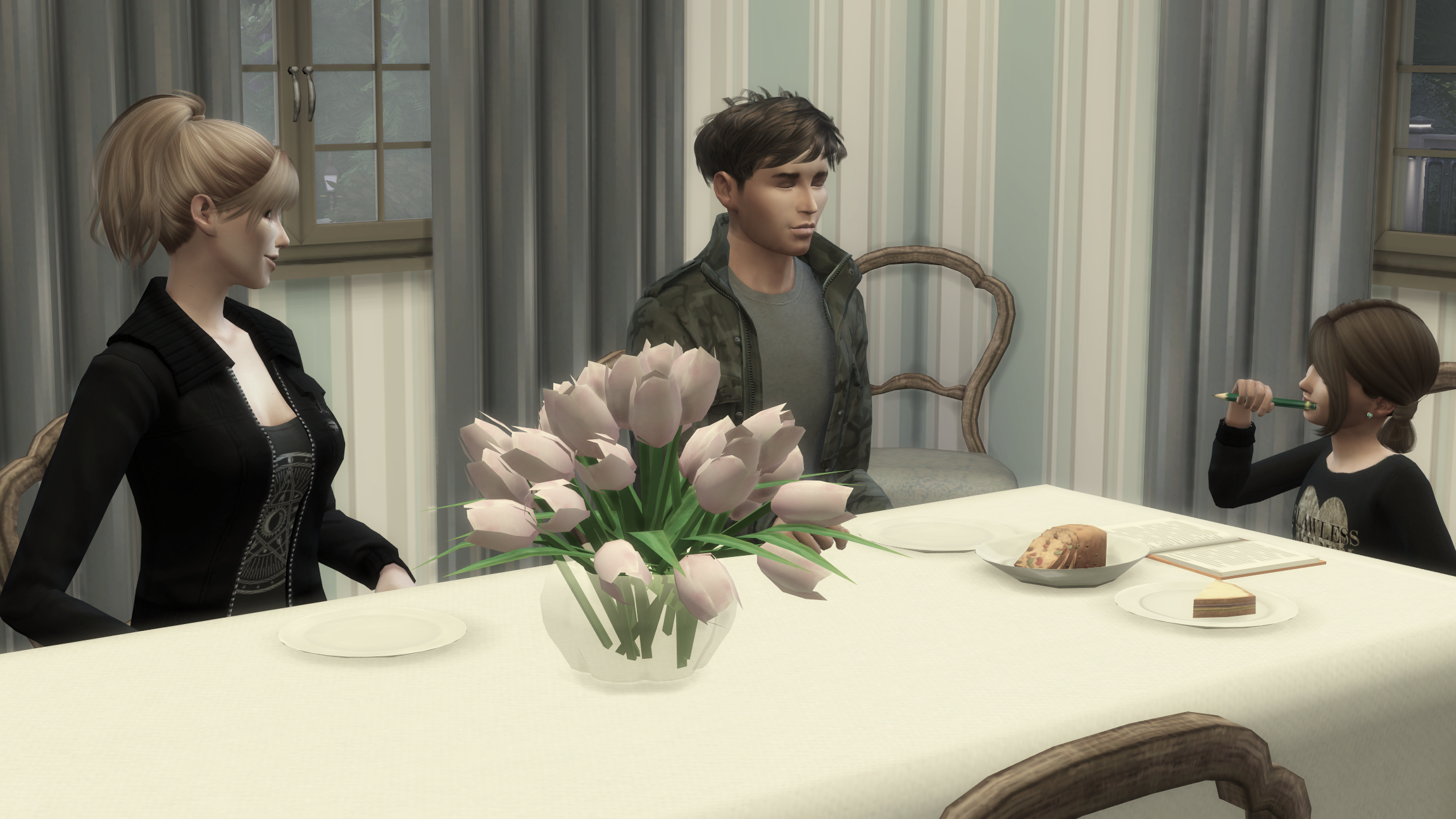 Going from happy and relaxed family idyll, from playing with her parents or having a calm dinner together one minute seamlessly into another one of those yelling matches and slamming of doors, sometimes one parent rushing out to remain gone until deep into the night, were poison for a little girl’s soul. 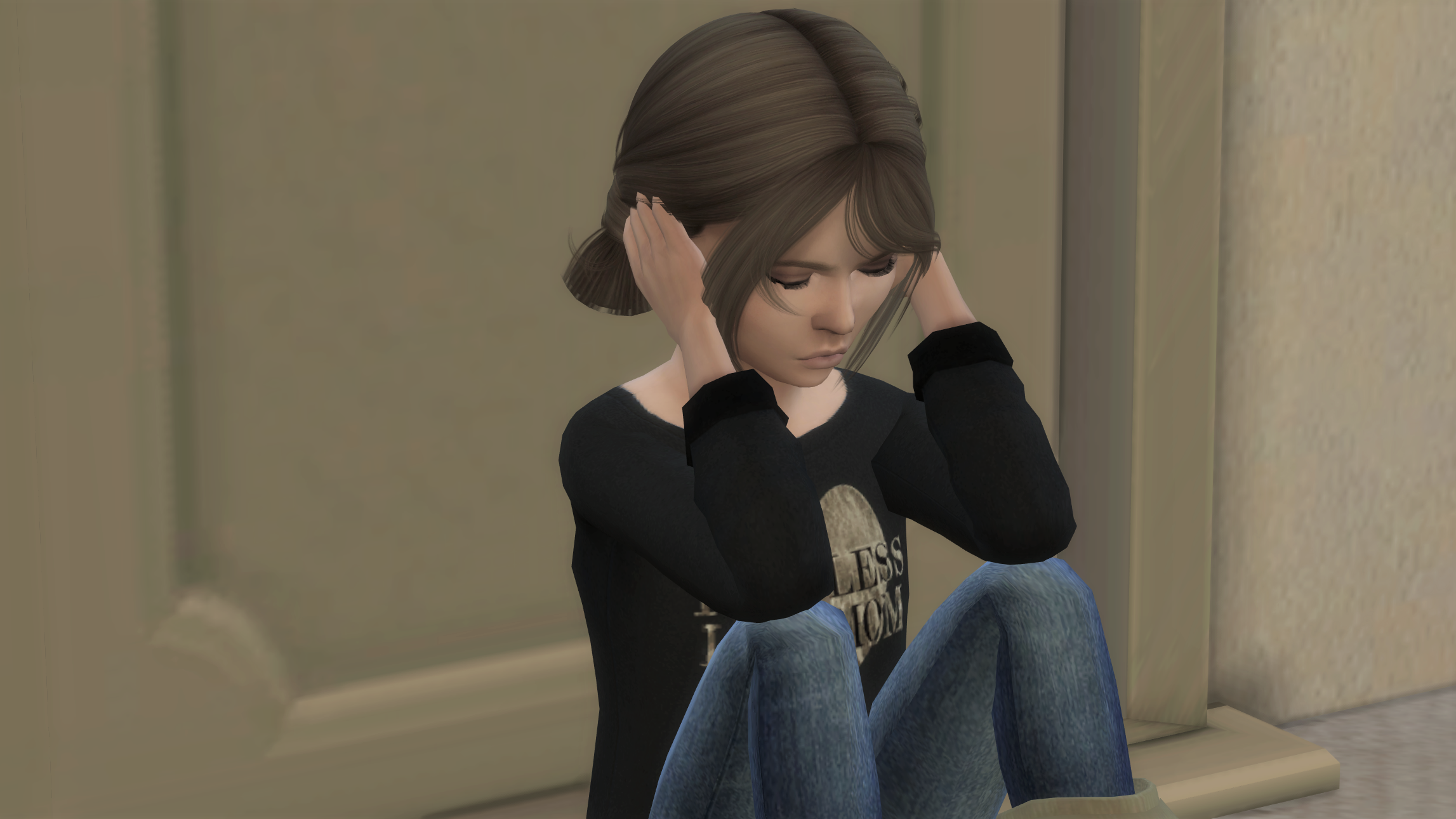 Briar Rose seemed to latch on to Kiera, spending much time at Blake and Hailey’s and enjoy their very harmonious ways, calm with a lot of humor. And Kiera seemed to sense that her little cousin needed a shoulder sometimes and was more than understanding and accommodating to her. 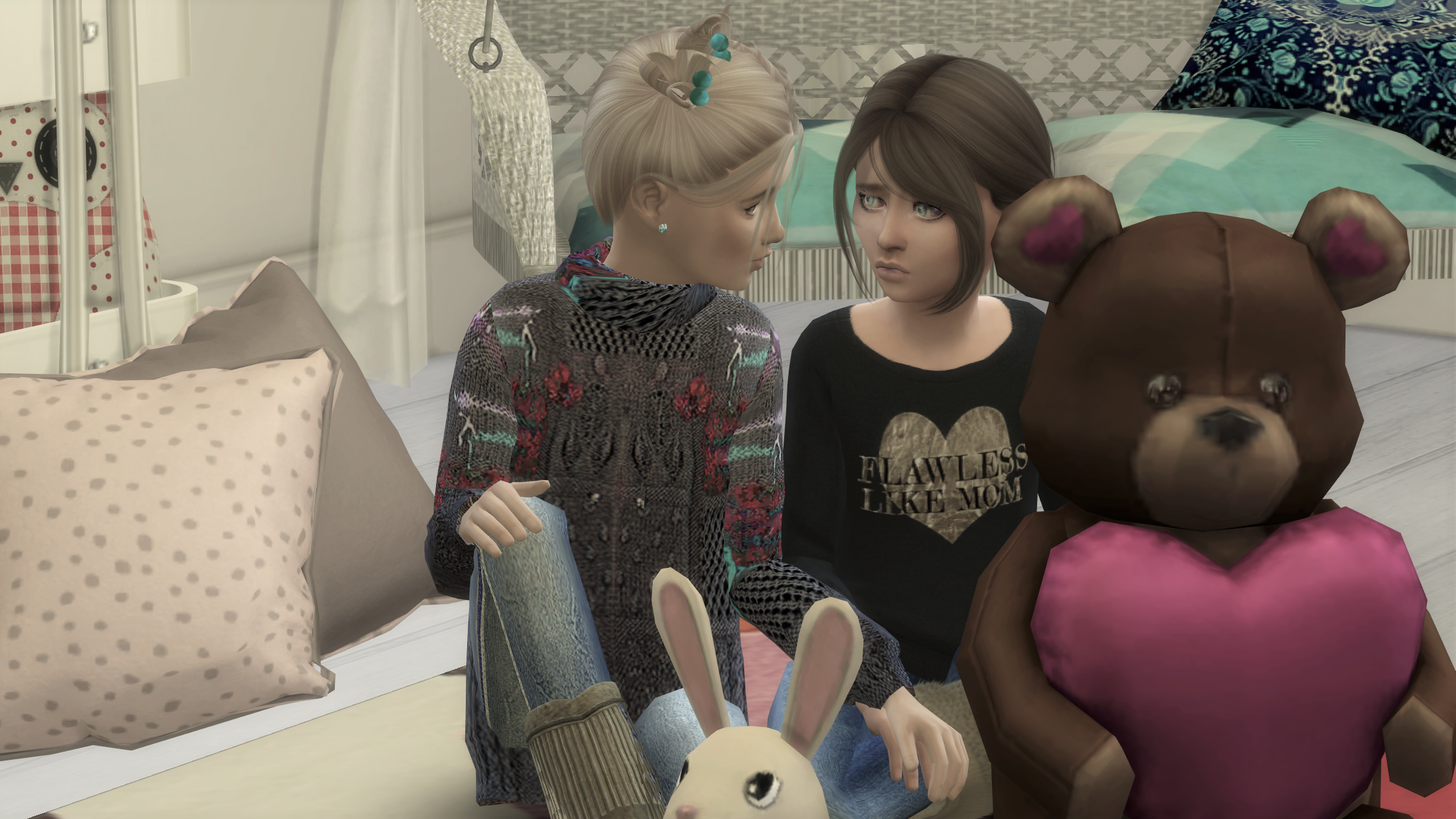 But eventually even the little ones became teens. Blake seemed frightened by the idea, dreaded Kiera’s nearing 13th birthday and hated her growth spurt. You could catch him remiscing a lot, often Hailey would find him in Kiera’s room lost in memories and melancholy.

Hailey with her gentle ways always managed to calm him down and even get him a little bit excited. Excited that they had two healthy, happy kids, who never got into trouble, who loved their parents and each other. Chase was very protective of his little sister and unlike most older siblings never minded her wanting to spend time with him. 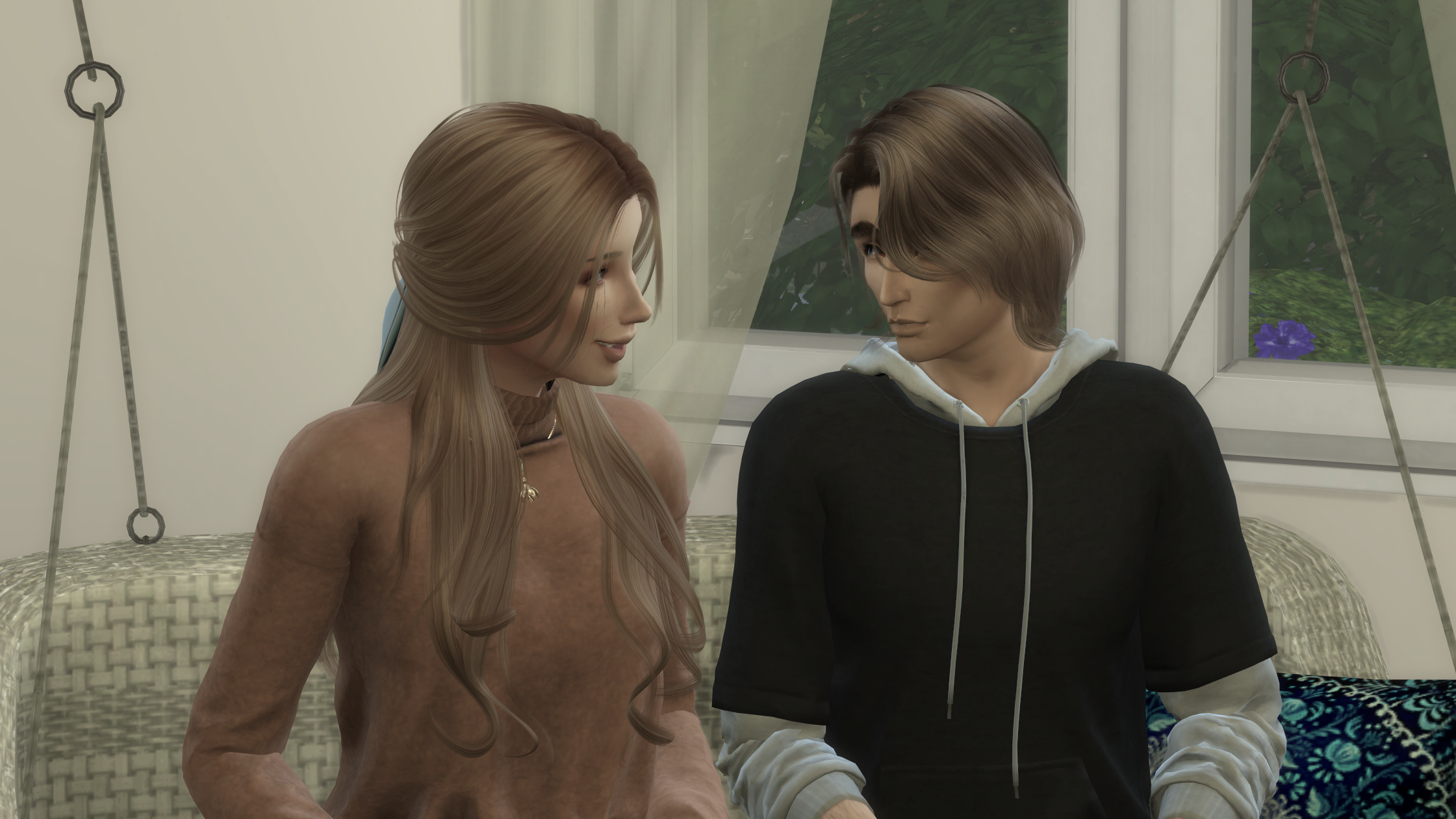 And then the day came. Little Kiera officially became a teen, even though she had been outgrowing her clothing at an alarming rate over the last year and a half already, and seemed less and less enthused by her once so beloved dolls, marking the impending change ahead.

The birthday party was lovely, there was love and laughter. 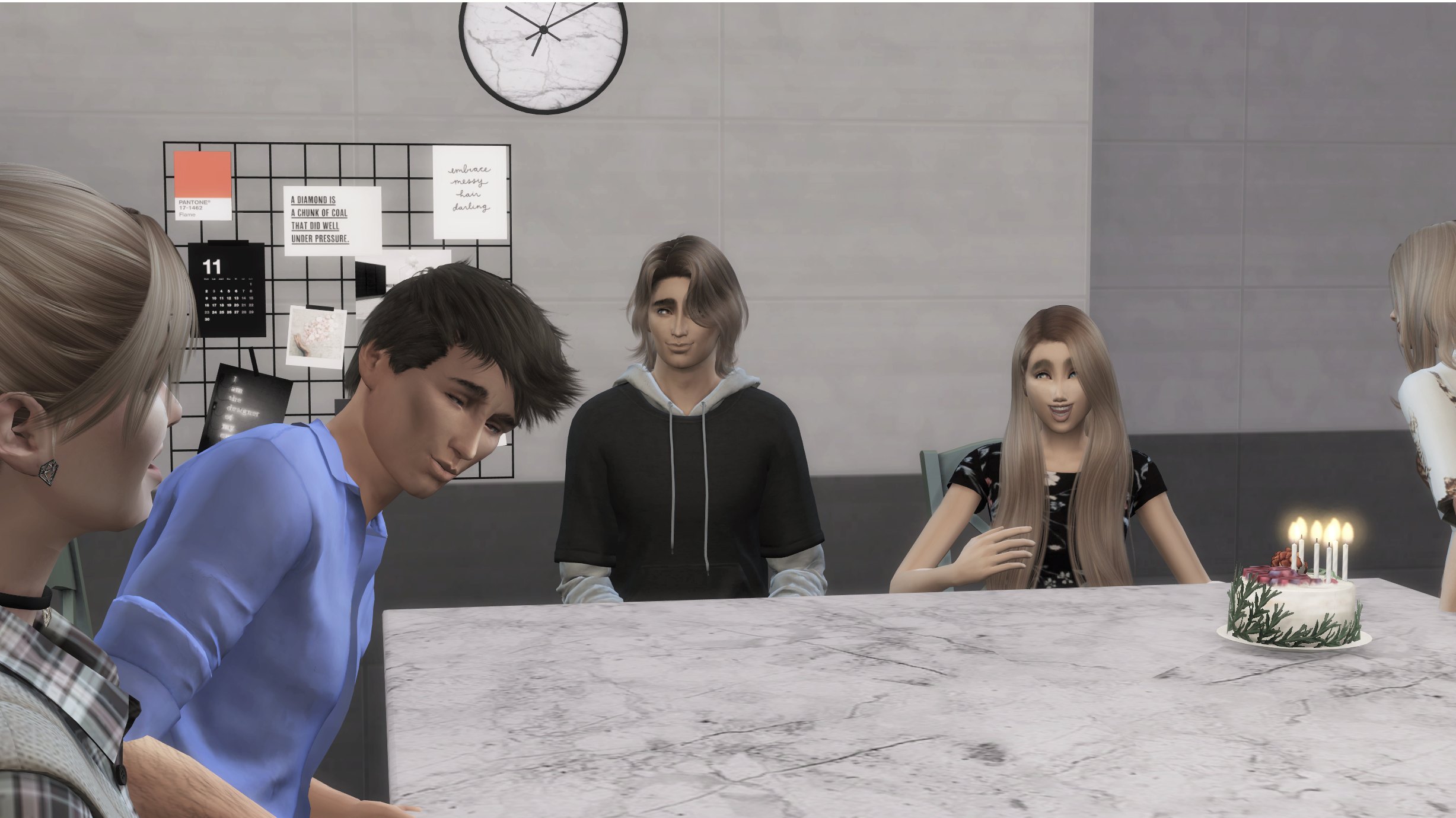 Still, it was clear to everybody that once the day came that Kiera would start getting interested in boys, it would get rough for and with Blake. So far, luckily, none of that was on her radar.

Still preferred fishing and camping with mommy, daddy and being silly with her brother like ever before. 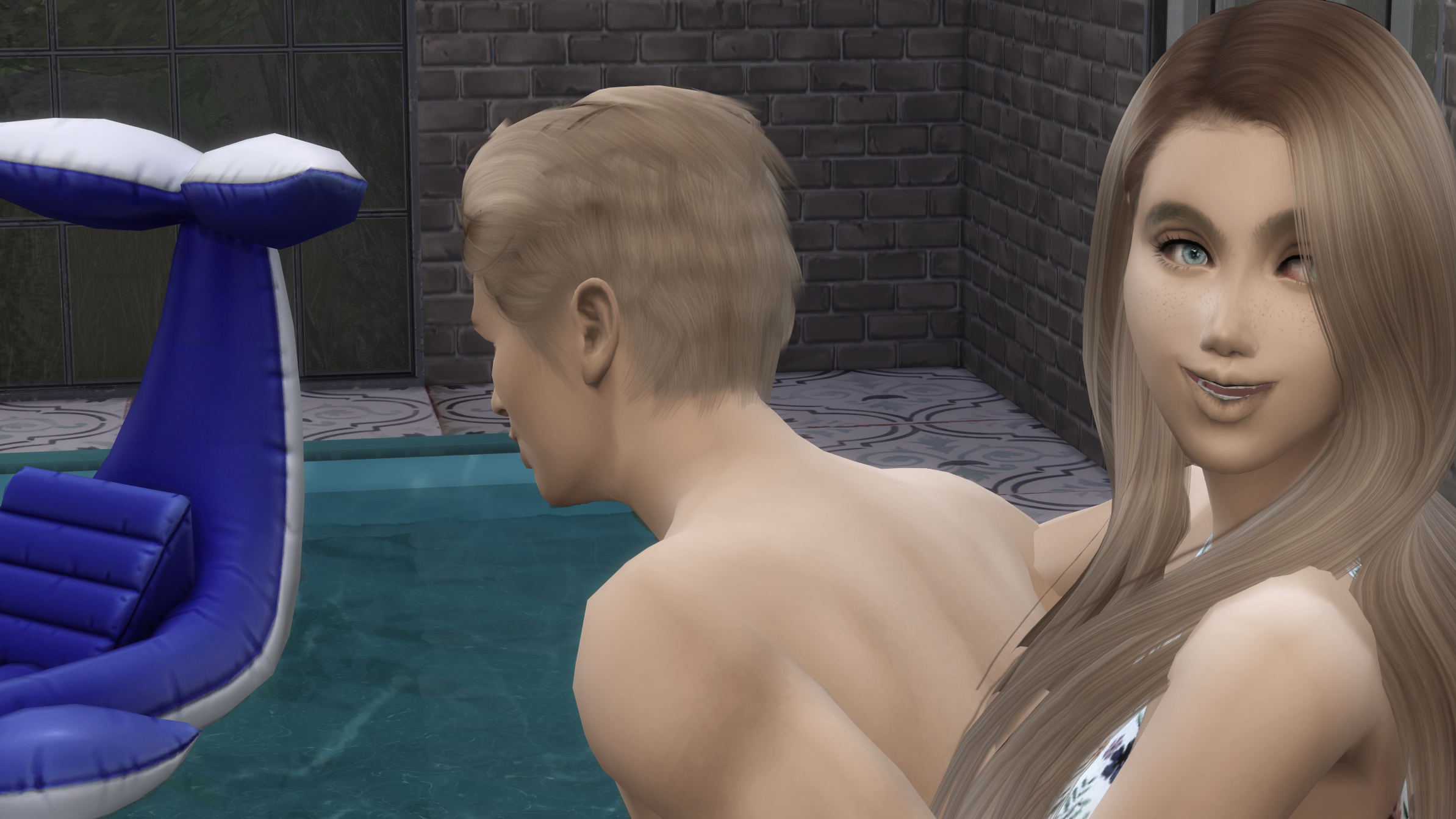 Kiera did well in high school, was among the popular crowd, loved cheerleading and had many friends.

The next two years passed in lightning speed and it was no real surprise that Briar Rose grew into a very withdrawn teen. She loved her parents very much and they her, but seemed guarded. 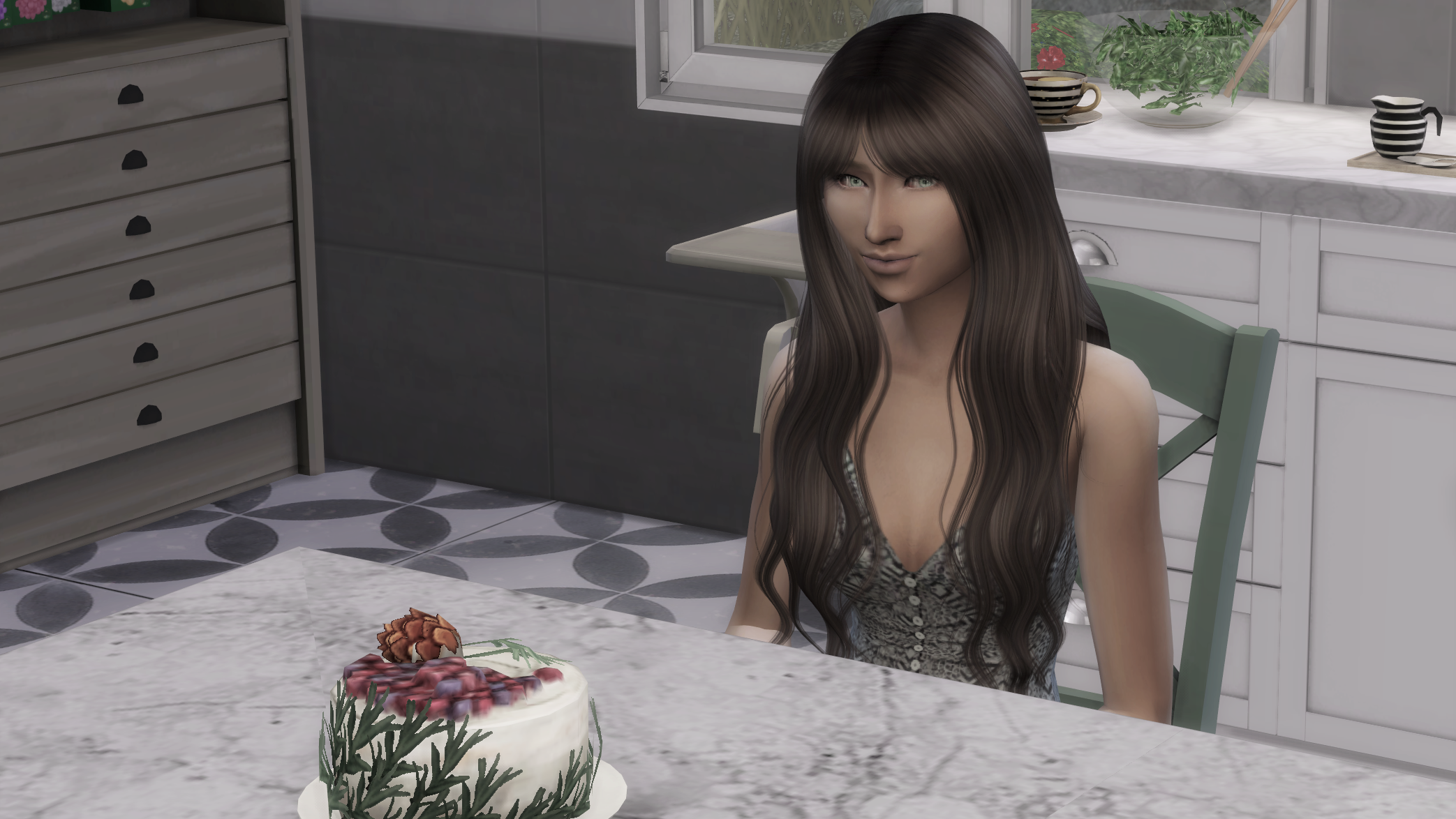 Aside from her cousins she barely had any friends, her grandfather Ethan suspected trust issues.
No matter how involved he and her grandmother Blythe would get, she loved them and spending time with them, but still remained disinterested in finding friends her own age. 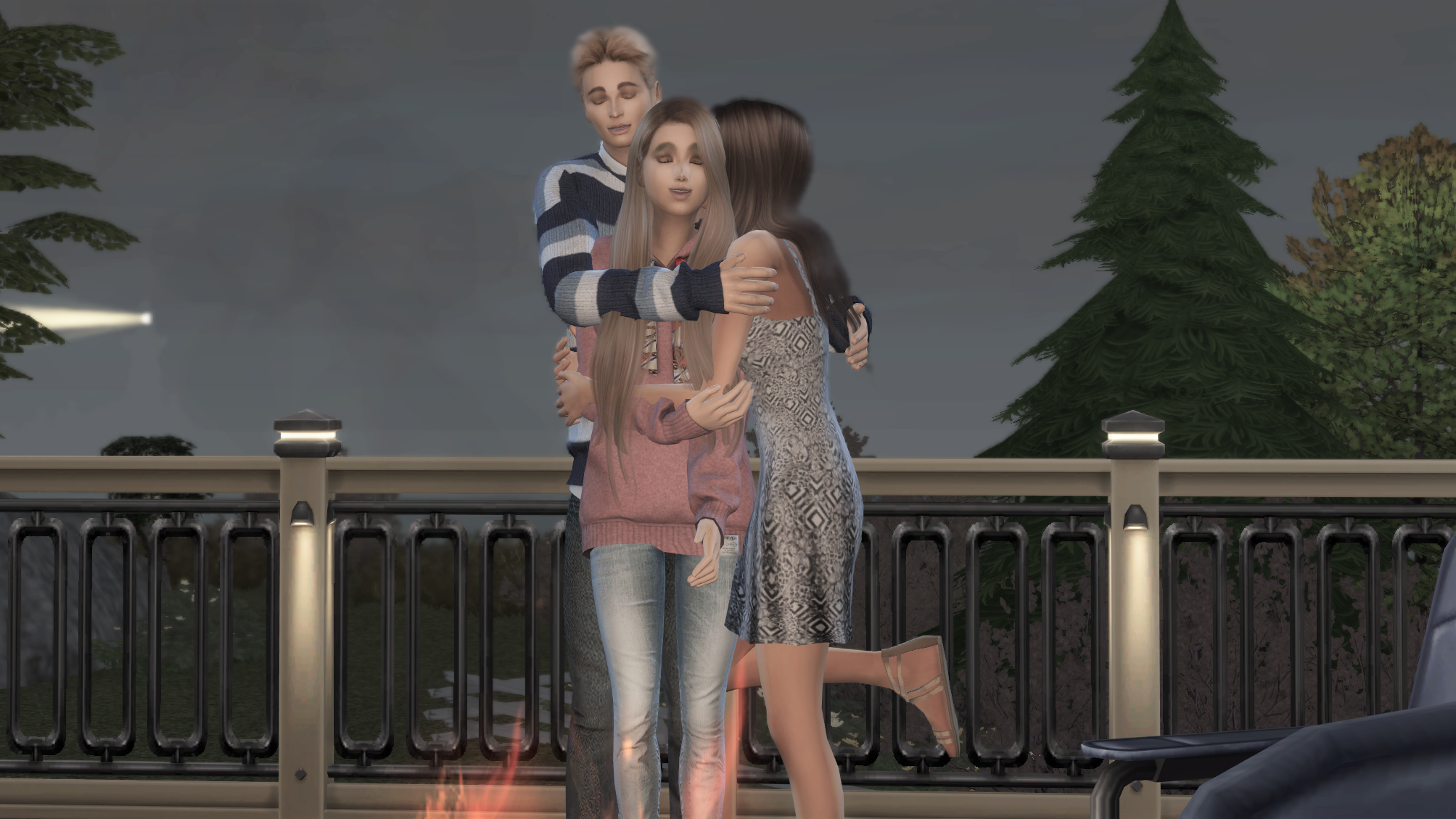 When she got wind of Chase already looking into colleges when he turned 17, Briar Rose, now 13, two years younger than Kiera, who was now 15, got very sad and clingy, making Chase uncomfortable in turn.
He tried hard to ignore her very obvious and inappropriate admiration for him, well beyond cousin-level. 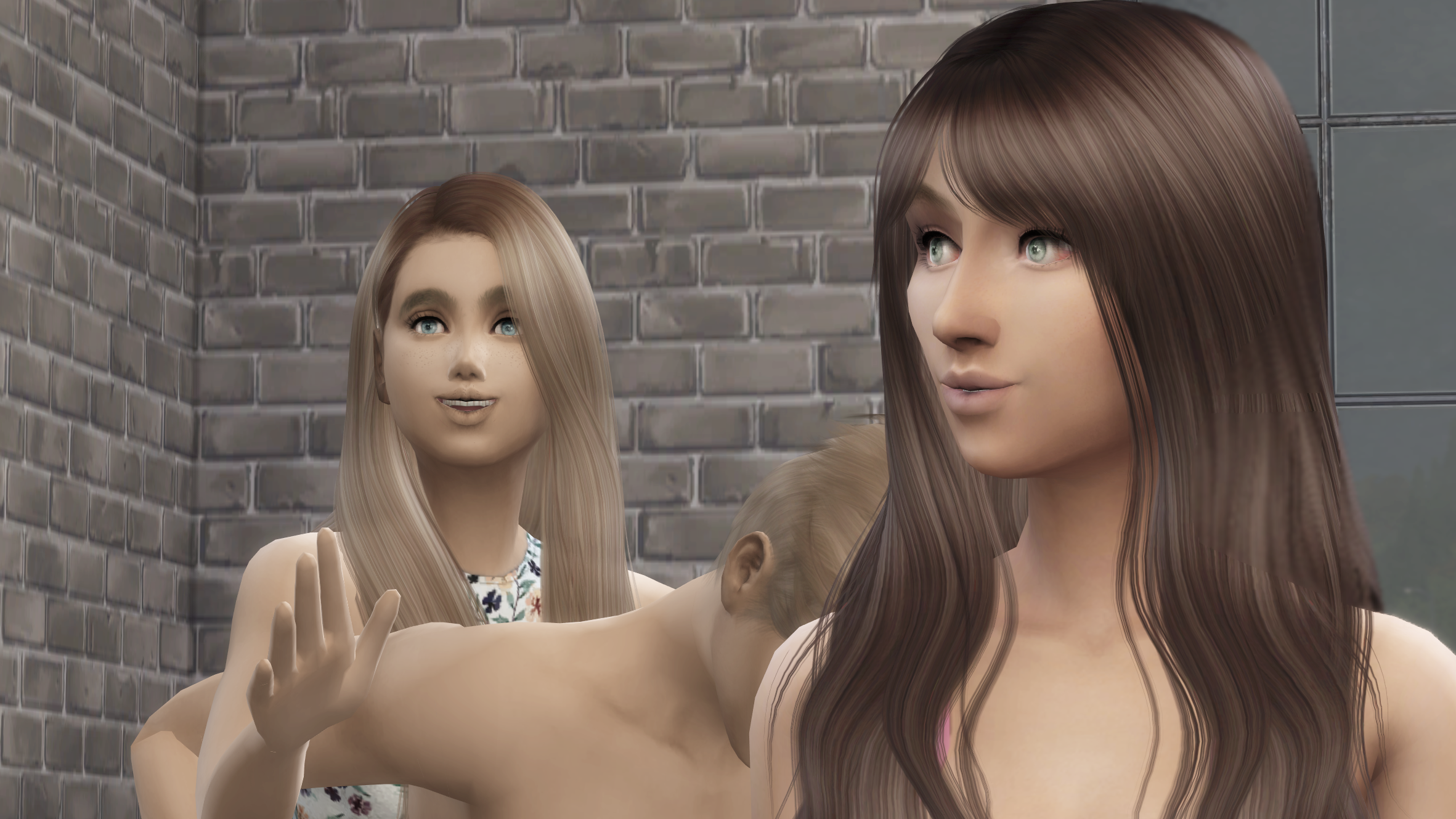 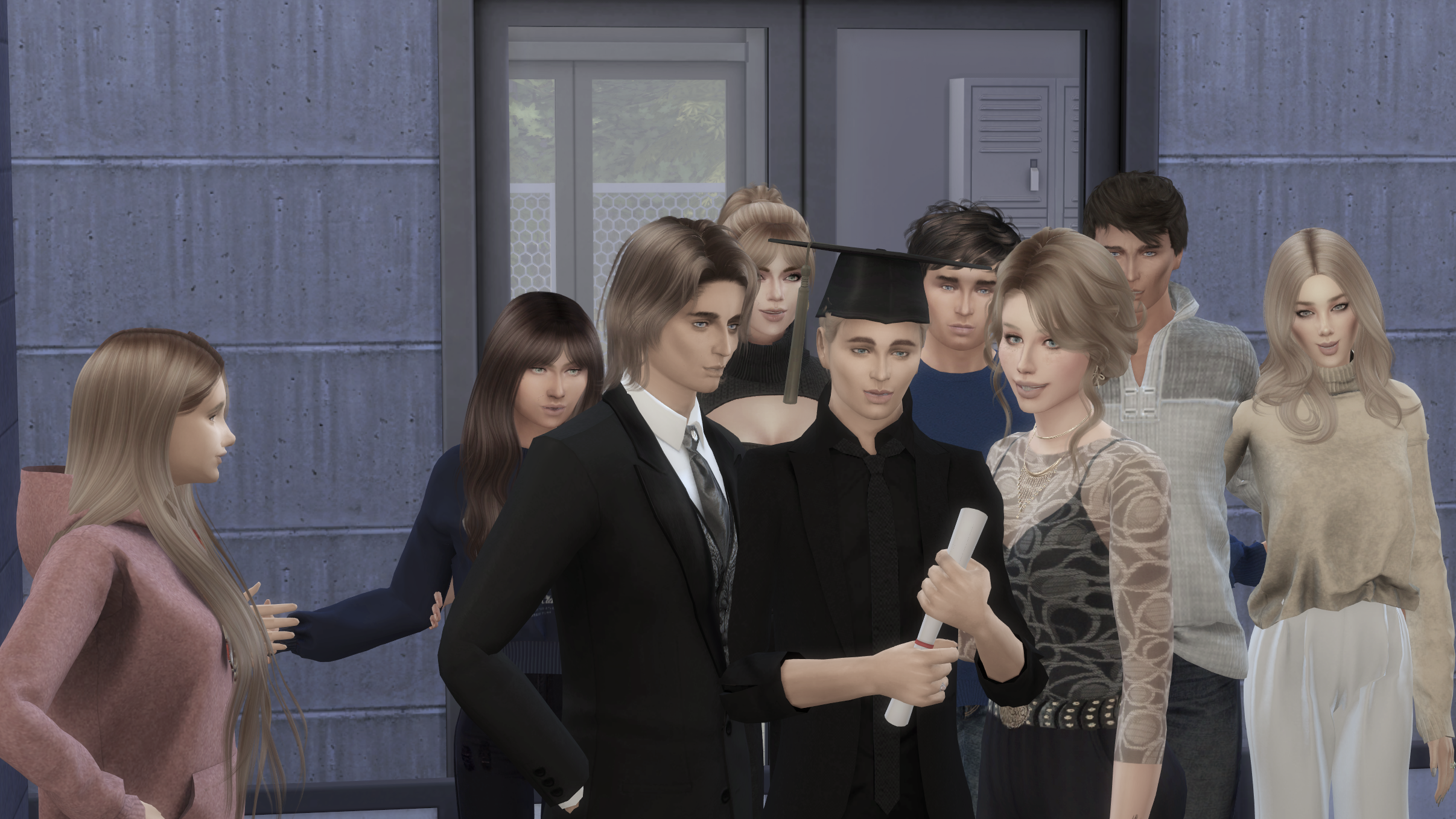 A fun filled summer followed, but the day dreaded by the entire Cameron clan was closing in quickly. Soon, Chase would have to leave for college …

One thought on “Epilogue – Older”