“Never give up on something that you can’t go a day without thinking about.”
~Winston Churchill

Charlotte and he were getting closer.

By micro-inches at a time only, but Charlotte seemed to have a never-ending patience with Eric, not once did she push him or complain.
She also did not seem bothered in the least by his scars. 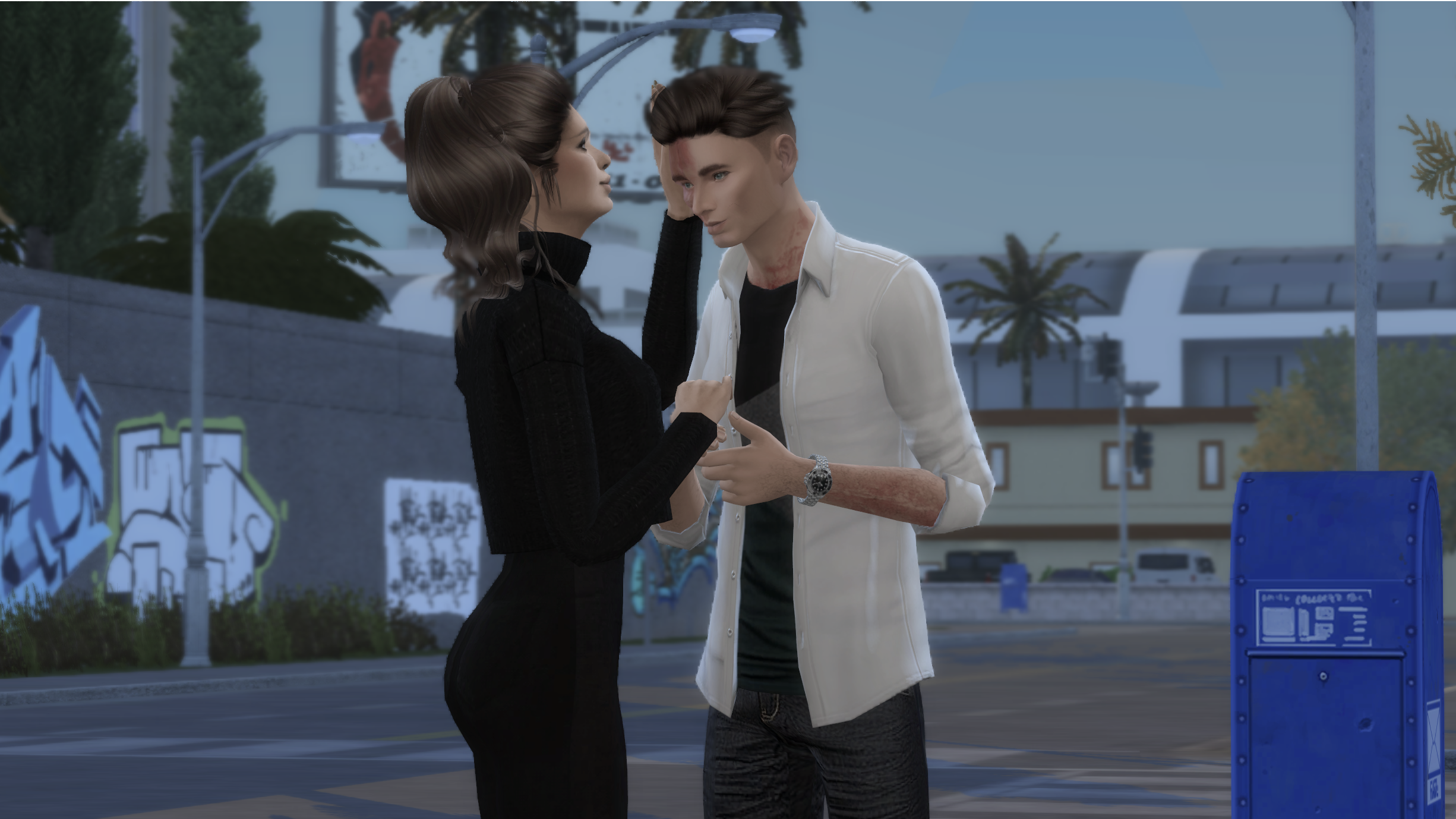 Things were looking up and he was getting close to letting down his walls and allowing her in. Turn it into something more than just a platonic friendship.
Soon.
Not yet.
Just a little more time to work up a little more courage.

But they had spend Winterfest together, at the crappy old apartment and New Year’s eve. While everyone had invitations by their parents, this was the first year on their own and everyone wanted to see what it was like.
They all had each other.
And it had been nice. 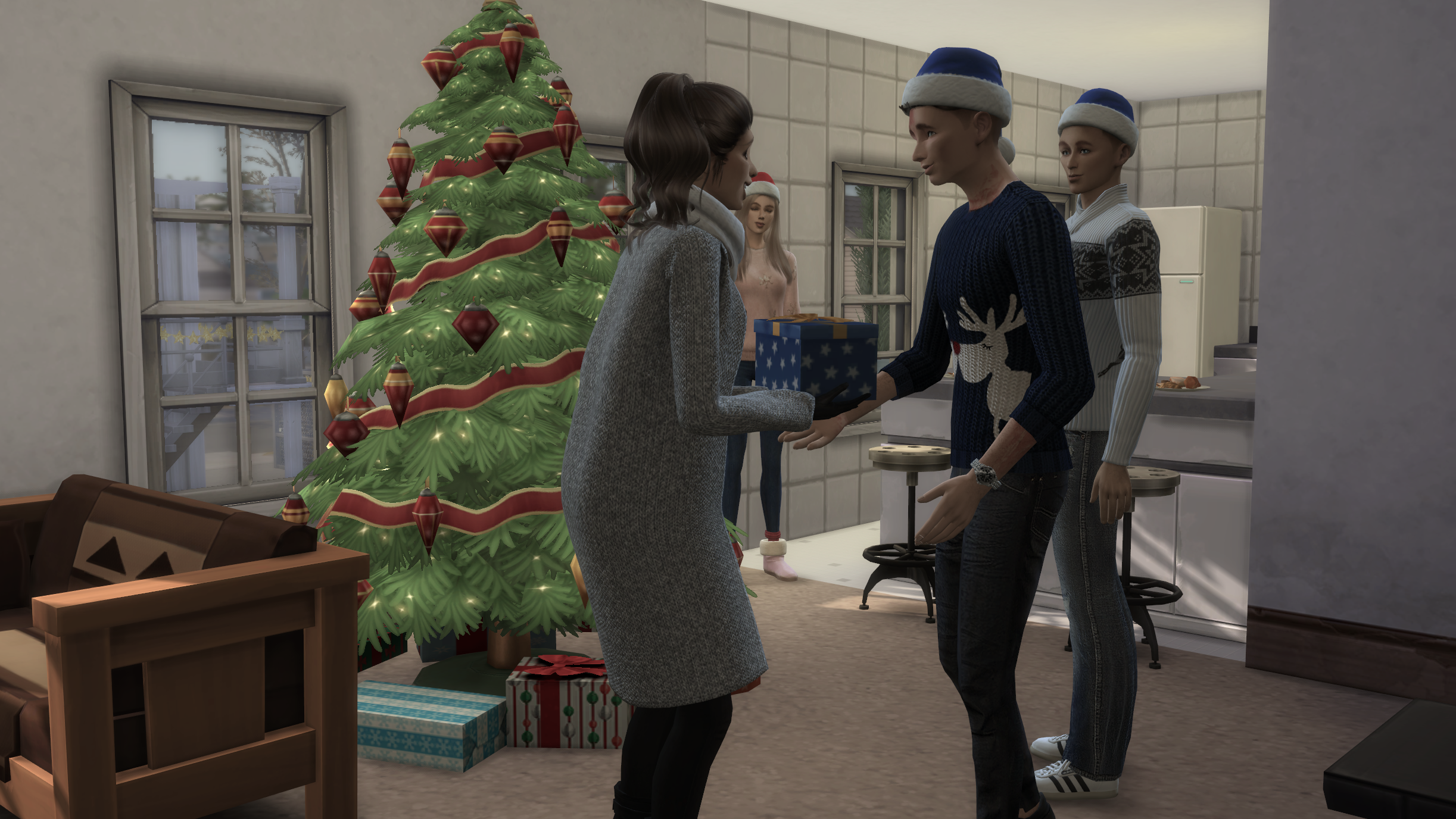 It was also nice having someone to go out and do things with, often as a quartett. Ewan at that point had ever changing dates but nobody steady, Hannah’s relationship was a secret so if they went out she would usually be alone and with Charlee there nobody needed to feel like the fifth wheel. 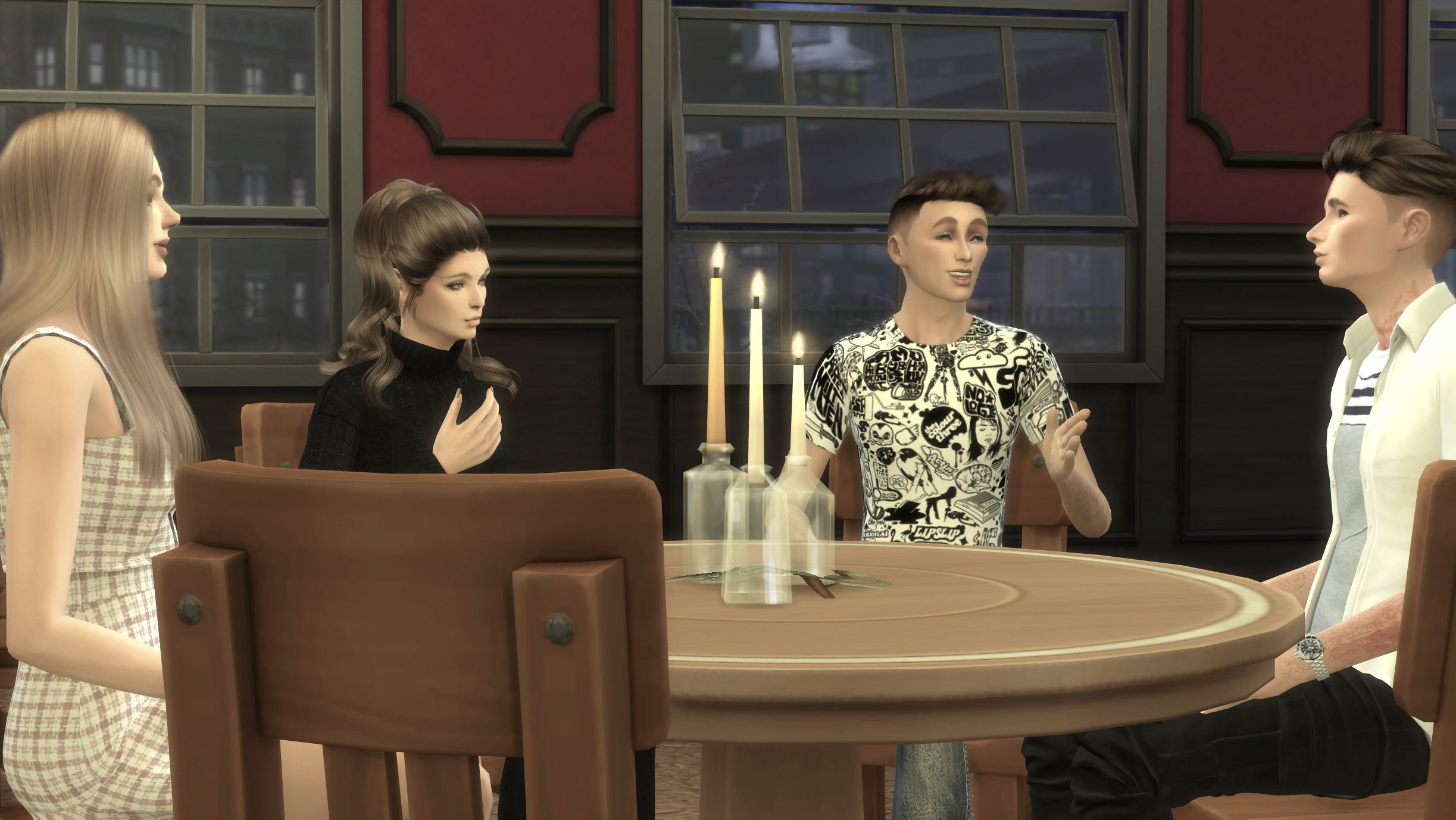 And even one-on-one Eric didn’t feel pressured by her, he could just be himself. They’d binge watch shows on Netflix together, shared simple meals, played games, practiced music together and she’d be a worthy critic of new pieces Eric composed. She, in turn, had taught Eric painting, she had been an avid painter since childhood, taken classes in college and was very good at it.

Until the day everything changed.

Eric was over at her apartment, they were getting ready to have dinner together, when there was a knock on the door.
It was her parents, in town for a surprise visit. And nobody could have been more surprised than the four people involved. 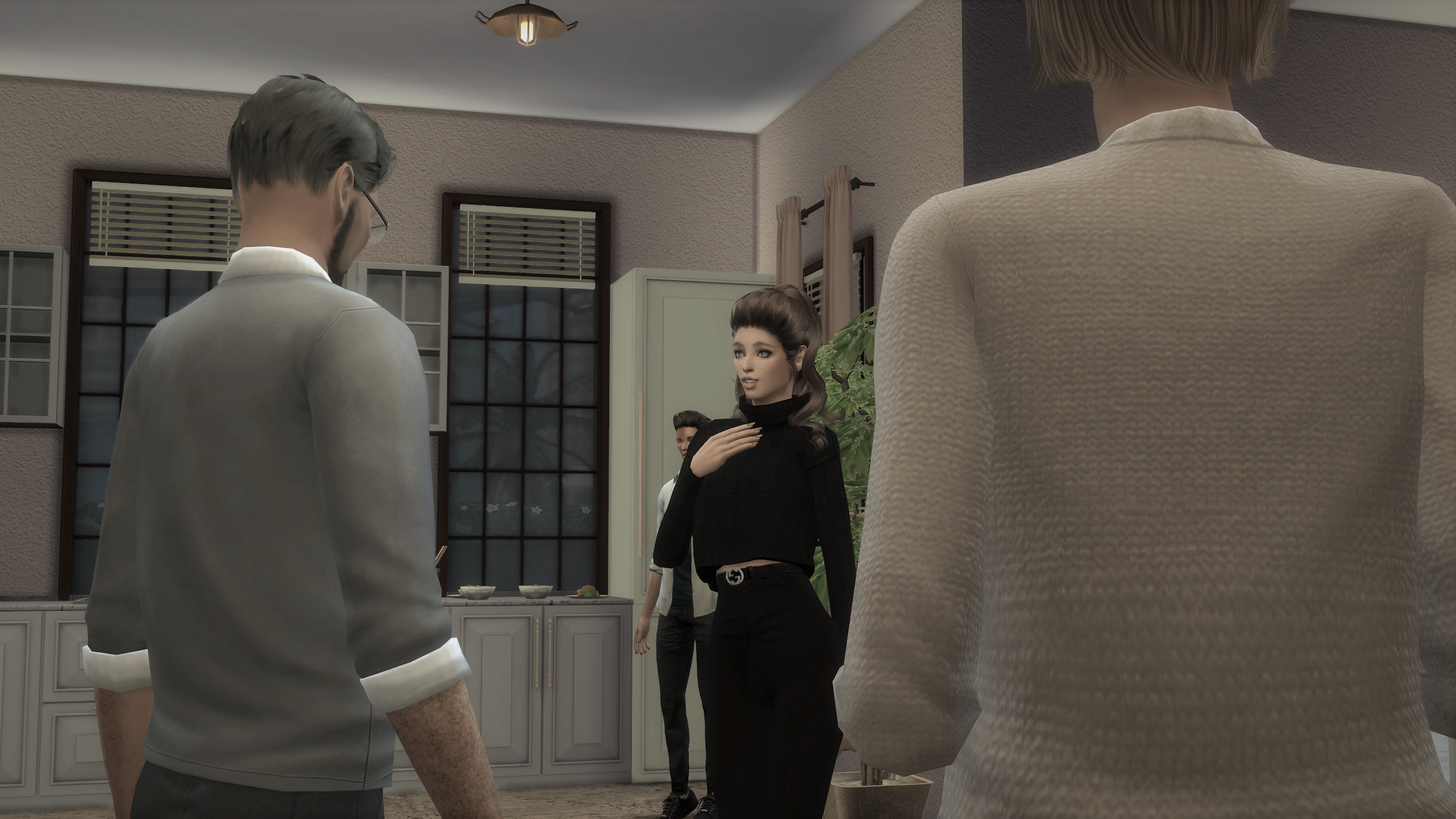 Charlotte introduced Eric to them and a blind man could have told what her father was thinking. None of it was good in the slightest. 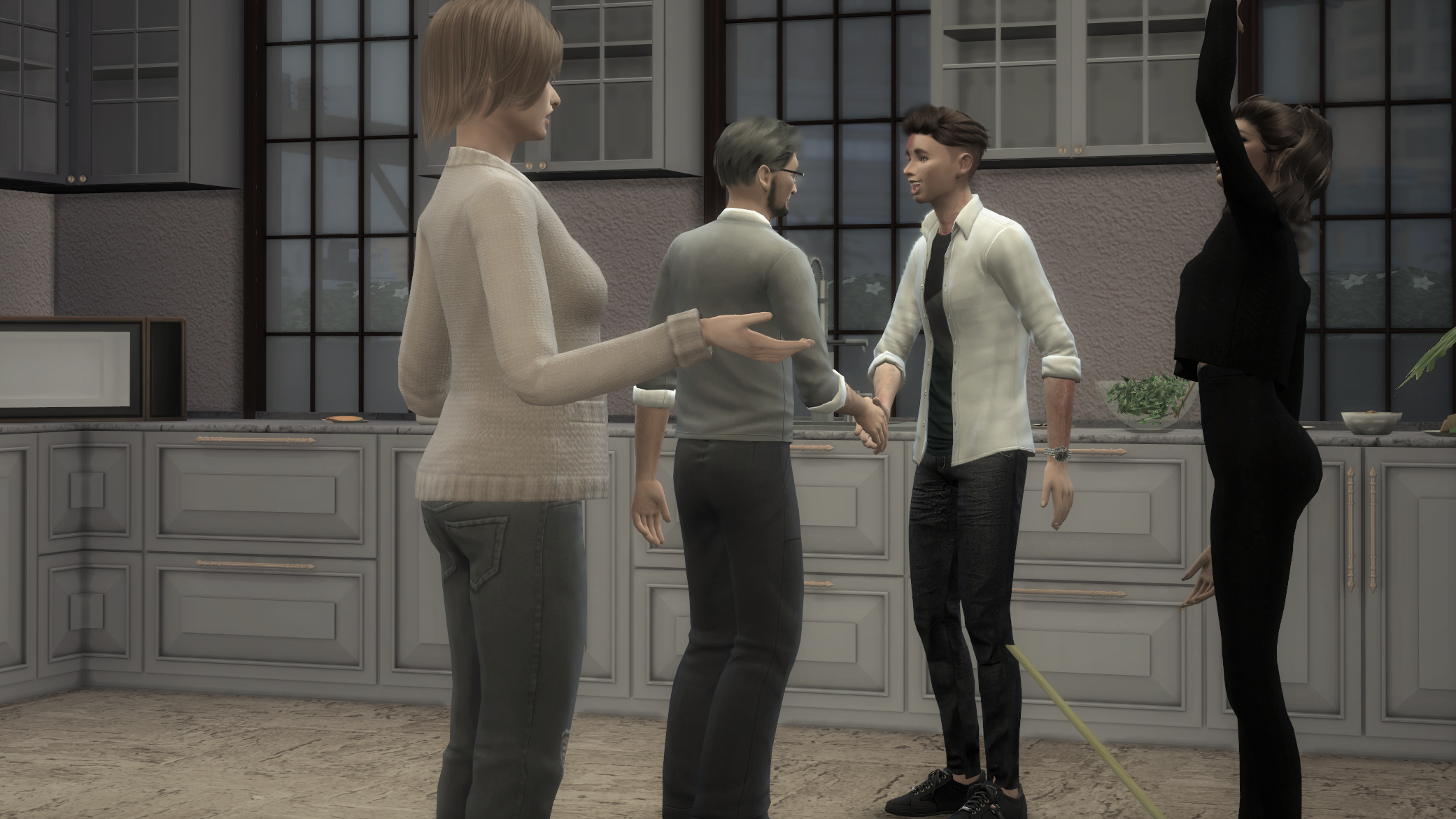 With a disapproving look at the simple dinner they had prepared, Charlee’s father looked at her, shaking his head.

“Is this supposed to be dinner? We will go out, sweetheart. Go freshen up and your mother will call for a table somewhere decent.” her father, Judge Seymour, decreed with authority.

“All right. Excuse me for a minute, please.” Charlotte shot an apologetic glance at Eric, briefly and encouragingly wrapping her arm around his waist, smiling up at him, he labored up a smile of his own.
Charlotte knew him well enough to know this situation made him extremely uncomfortable. 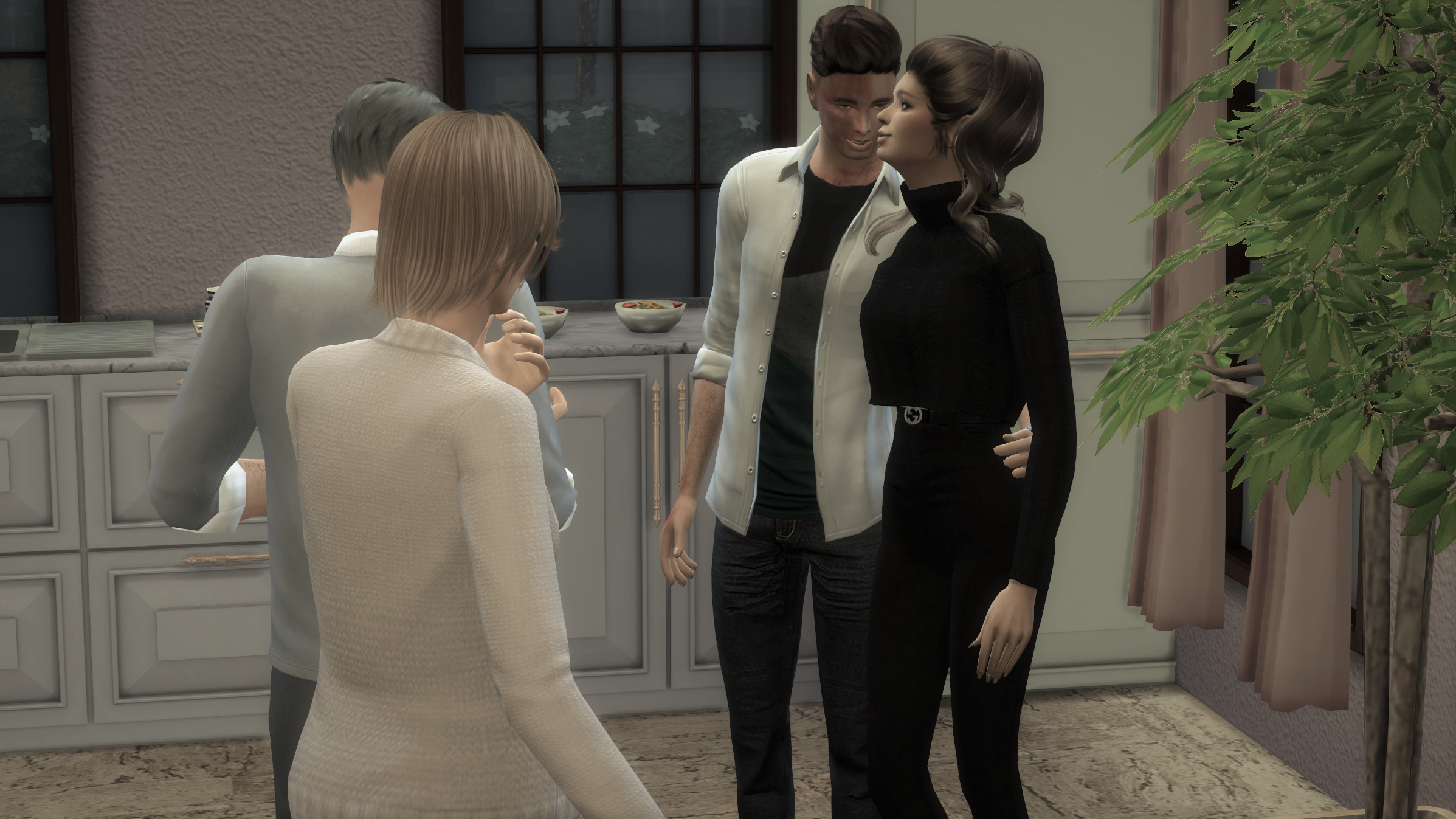 Once she was out of view and hearing distance, her father pat Eric on the back.

“Well, good meeting a colleague of my daughter’s. She has such a promising voice, as soon as something opens up at the opera in San Myshuno, she will come home. Have a good evening then, son.”

“Uh …” Eric didn’t know what to say, but he wasn’t ready to just leave, at least not without saying goodbye to Charlee. 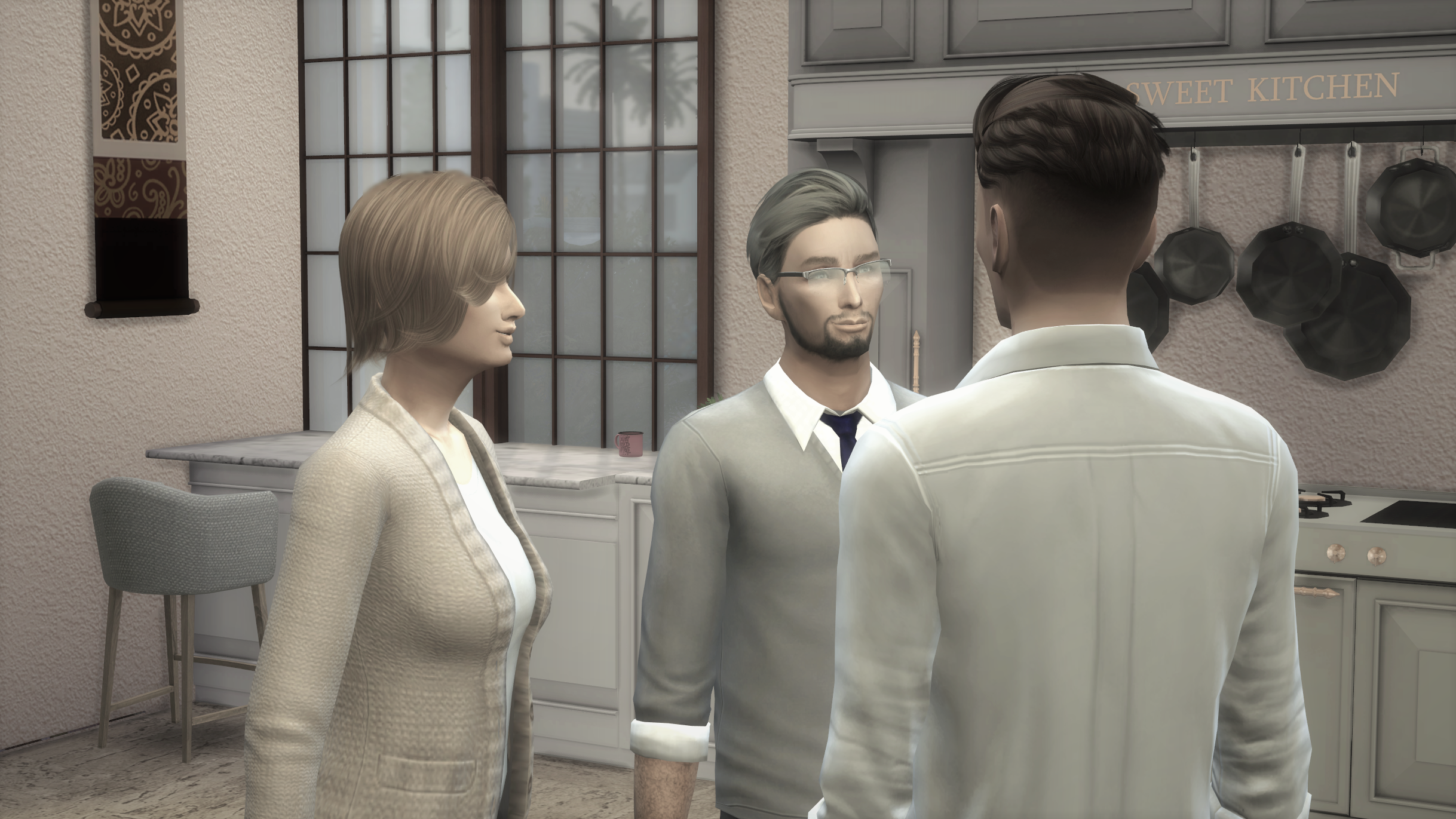 “You may go now, boy. Surely you won’t mind giving us some much needed family time with our only child, will you?” Charlotte’s father decreed.

“I am just gonna say goodbye to Charlee …”

“No need. We will tell her. Good night then!”

With those words Eric was pushed out the door, which was then slammed shut behind him just barely missing his back. 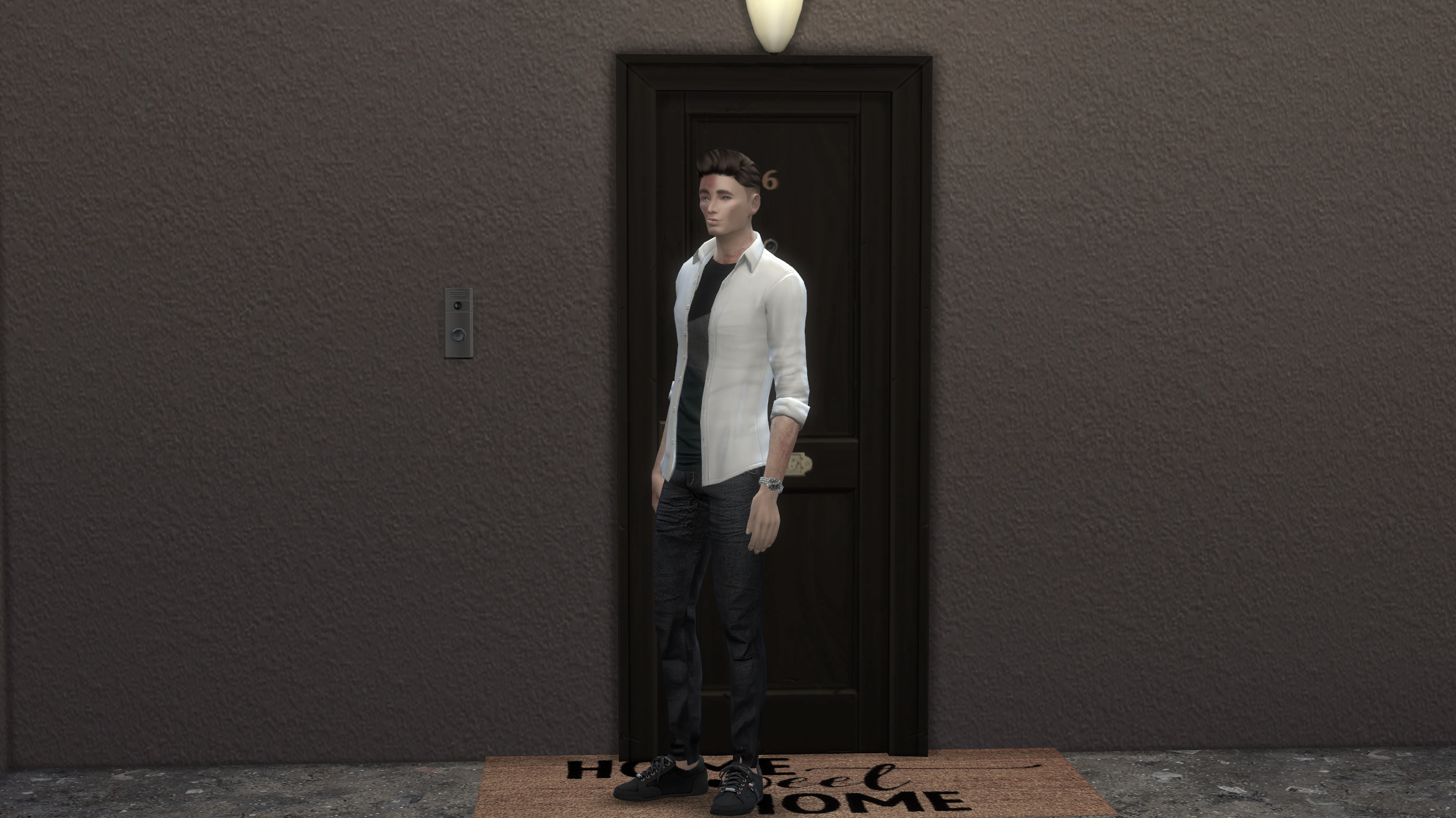 He sighed, walking to the elevators and pushed the button, when he heard running behind him.

“Eric! I am so, so sorry! I had no idea they were coming! Please don’t leave. Join us.”

“Charlee, they made very clear that I am not welcome. This is already very uncomfortable for me and forcing me on them would not end well. Just go and spend time with your family. I’ll catch up with you later.” 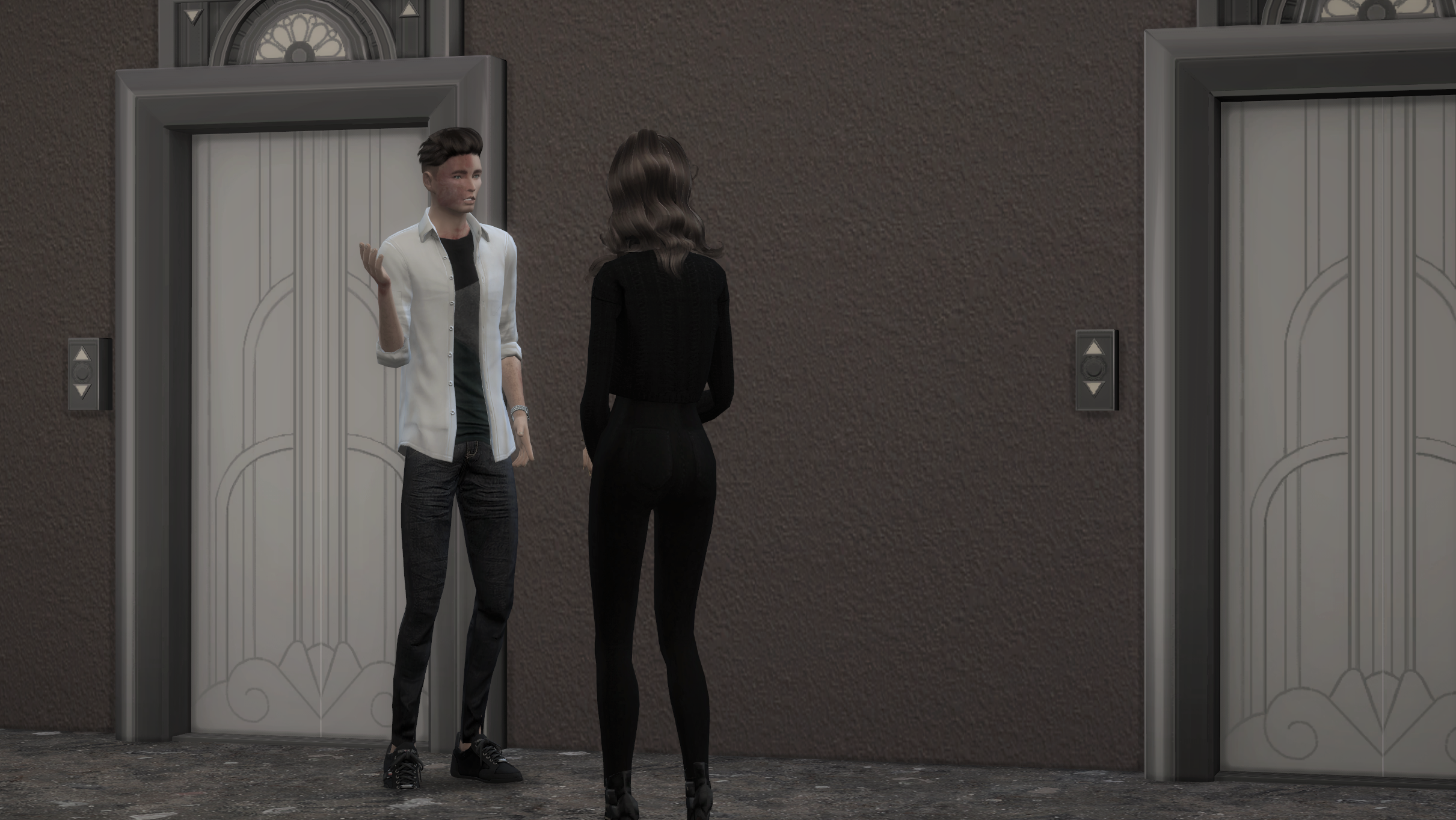 “Okay, please don’t be upset. I’ll talk to them. Dad always seems intense at first glance, but he really is a teddy bear.”

Well, the ‘teddy bear’ had a lot to growl about at dinner.

Long story short, they would have to keep their friendship a secret from then on.

Eric hated this more than he could say, but with gritted teeth he played along, laying low whenever her parents would come for visits, which oddly occurred now a lot more than ever before, meaning he was cut off from contacting Charlee, let along seeing her for days at a time every time.

And then one night Eric’s entire world changed for the second time in his life.

Charlotte’s parents had just left after another control visit and like thirsty people in a desert, the first thing Charlotte did after dropping them off at the airport was go to see Eric. They went out to eat, both silly and carefree, so happy to spend time again, giggling and hand in hand – and ran right into Charlee’s father. 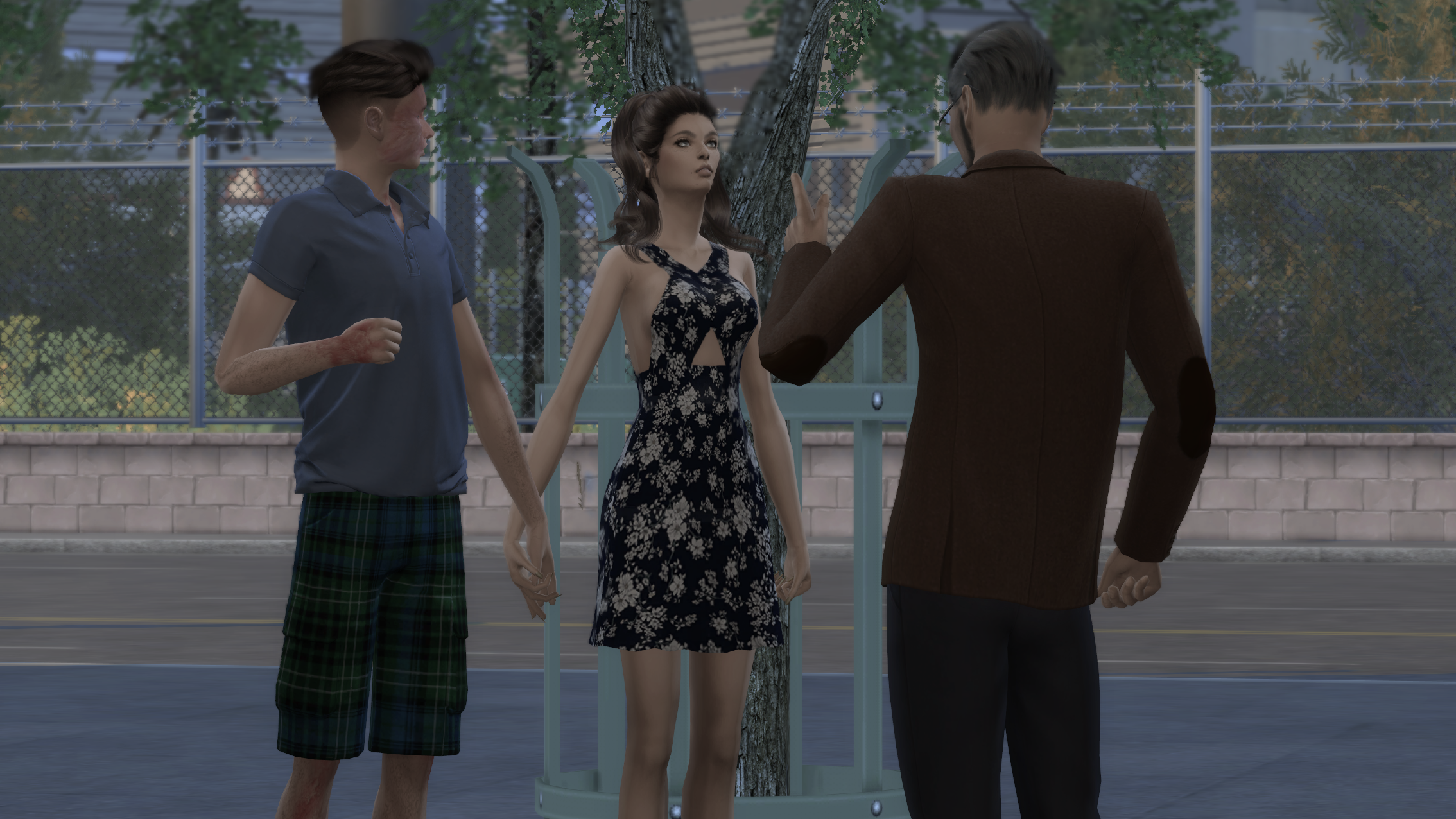 Eric’s heart dropped, by the looks of it so did Charlotte’s, her father’s eyes glared with barely hidden anger, and to avoid a bad scene Charlee ended up getting in the car with him, a limousine, leaving Eric standing there.

When she called him to come over to her apartment the next day, Eric knew something was up the moment Charlee opened the door for him, and felt confirmed when he found her father sitting in her living room chair like a spider in its web.

“Eric, my father has given me an ultimatum …” 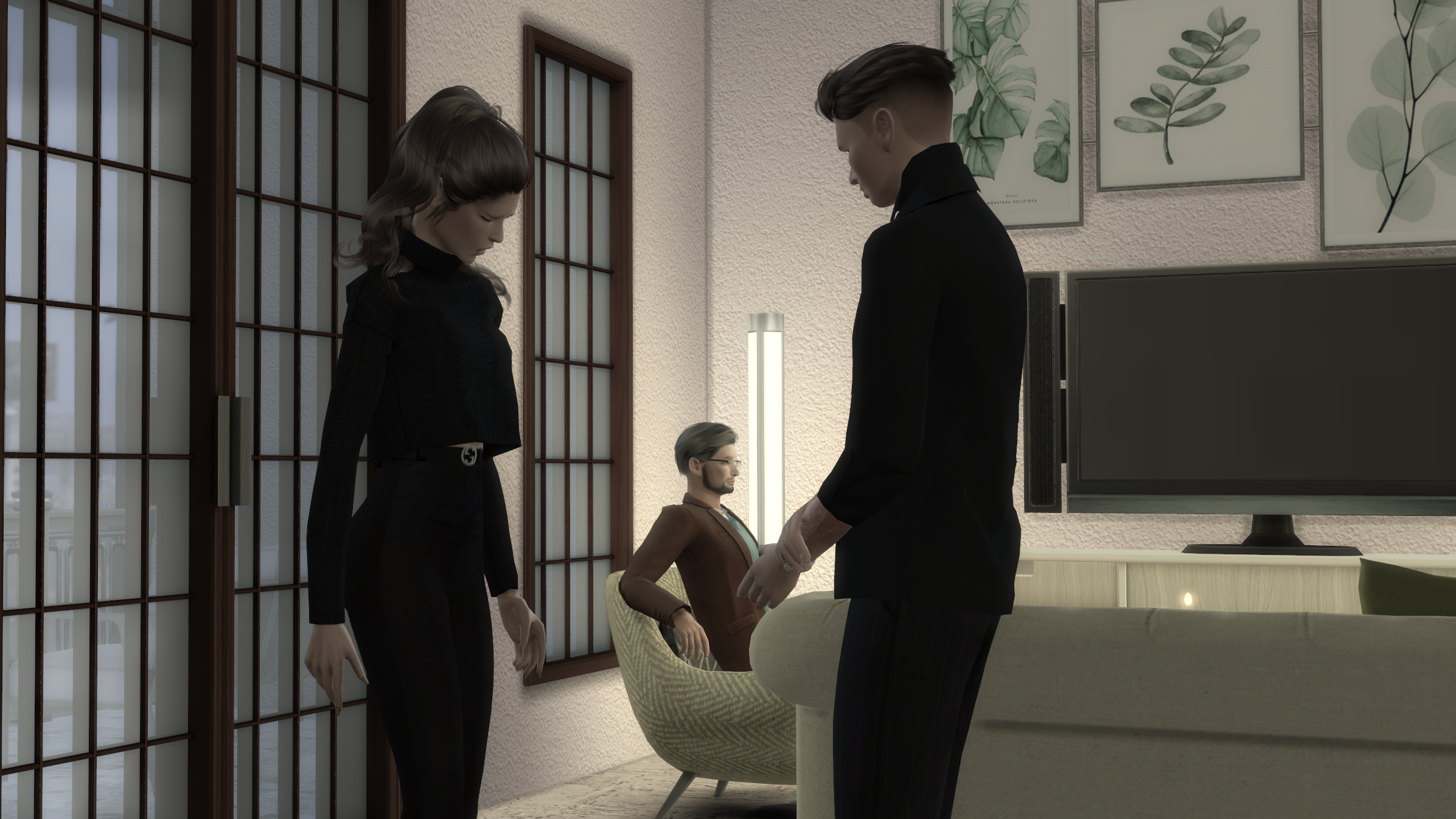 “Nonsense! I have secured a nice future for my daughter back home, where she wouldn’t have to live beneath her means, selling herself short at some bar.”

“It’s a lounge, dad, very upscale and with a great reputation, not some cheap bar!”

“Let me speak to Eric! You promised! How about some privacy?!”

“Privacy? Fine, I will go to the apartment office and speak to your landlord to see if we can get out of the lease early. You have privacy until I get back.” 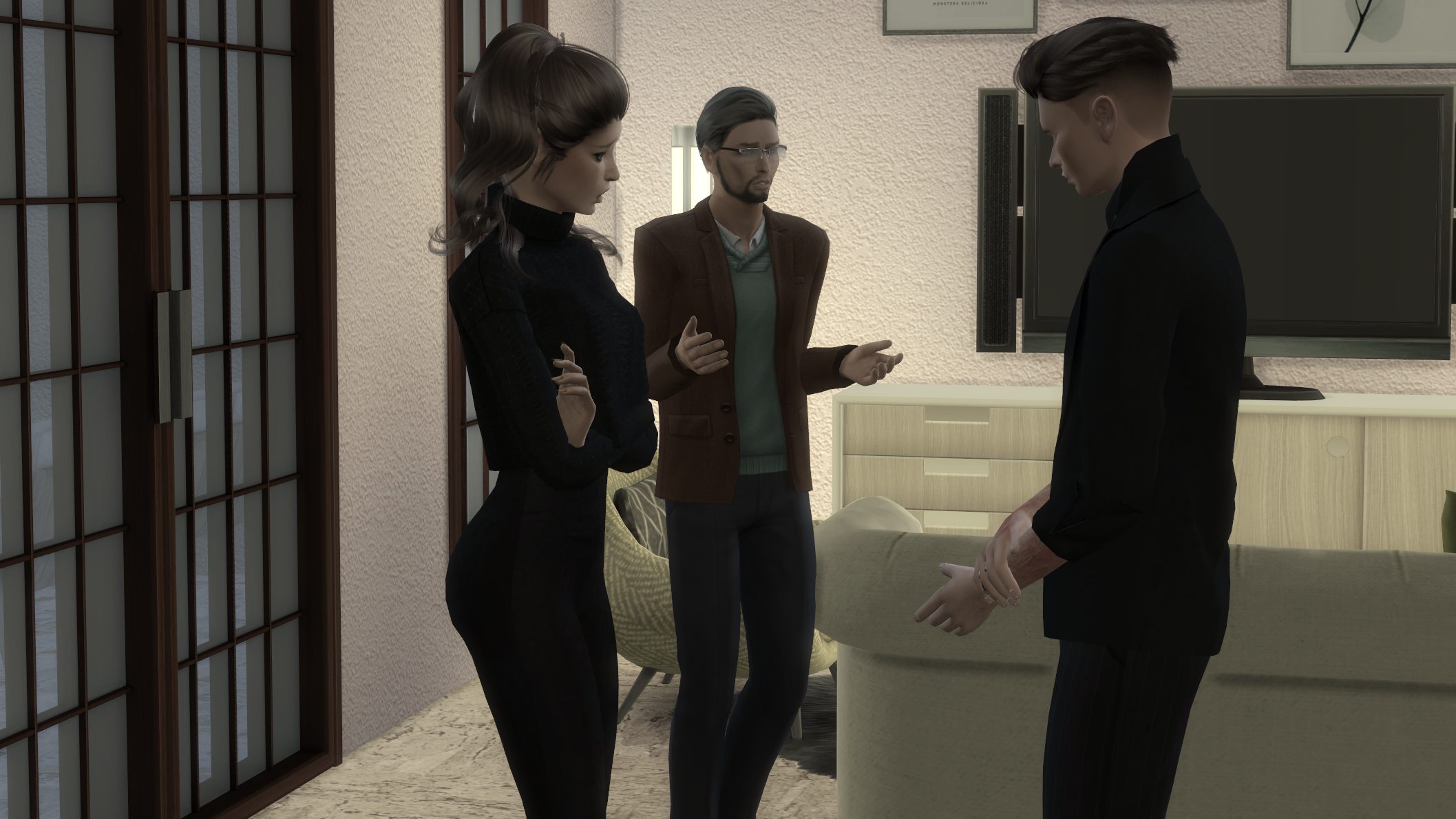 With one disgusted glance and a dismissive snort in Eric’s direction he left.

“I am so very sorry about all this.”

“What is it all about, Charlee?” Eric could guess, but wanted to hear the words that would be the kiss of death to whatever could have been, but probably never would be now. 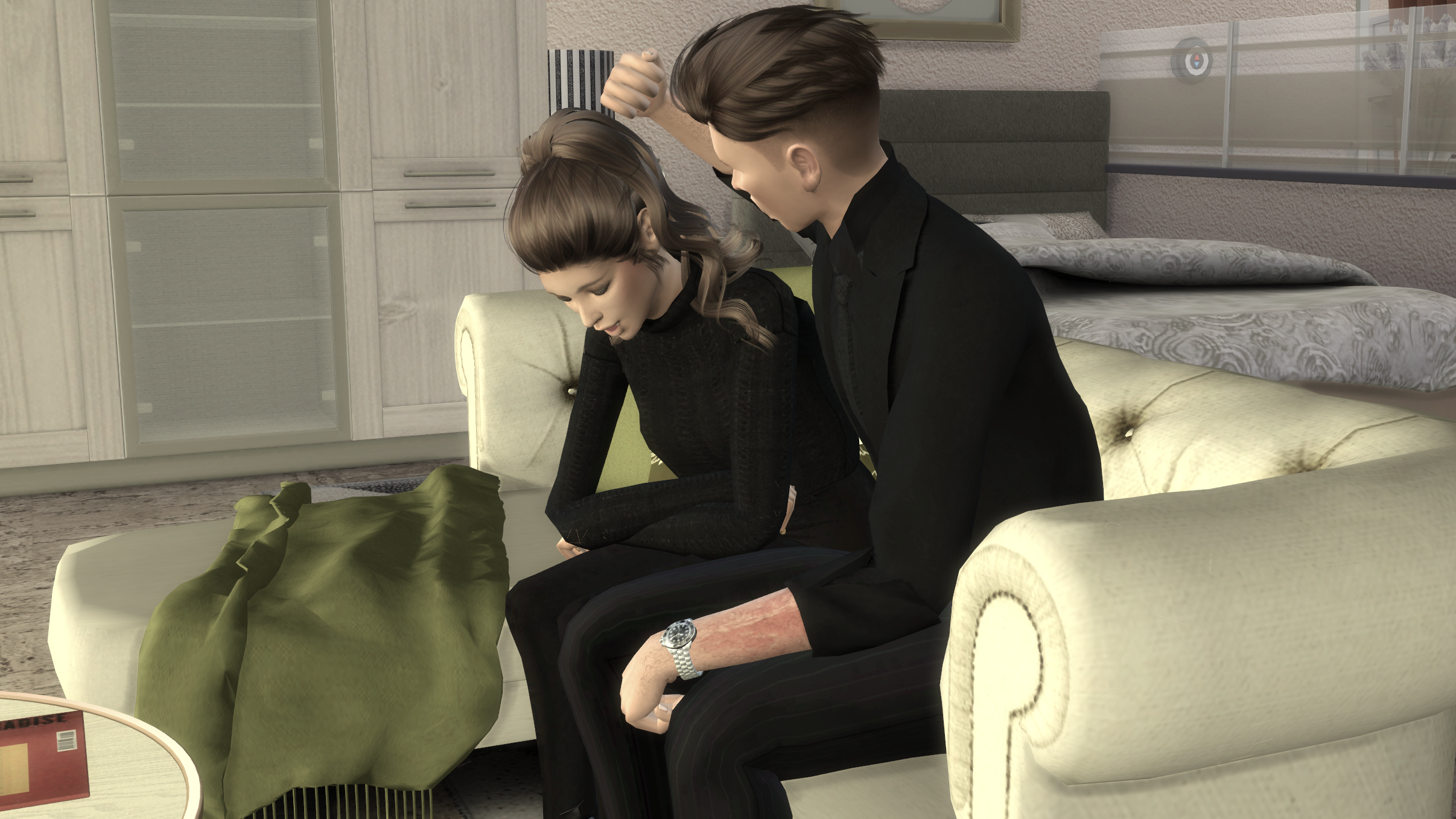 “He gave me an ultimatum. Either I come back home to San Myshuno with him, flight leaves tomorrow morning, he got me a job singing at the opera there, or I stay here but would be completely cut off financially, and from any contact. I know what you are thinking, I thought it too, but he is my father, I am his and mom’s only child. He is a judge at the court in San Myshuno, a big career he has worked all his life for, they cannot leave there. They are not bad people, just worried about me and my future. And there is truth that I am just not getting ahead here, not in any aspect of my life. Not with work, not financially and not with … umm .. other things.”

“Sounds like your mind is already made up then.” 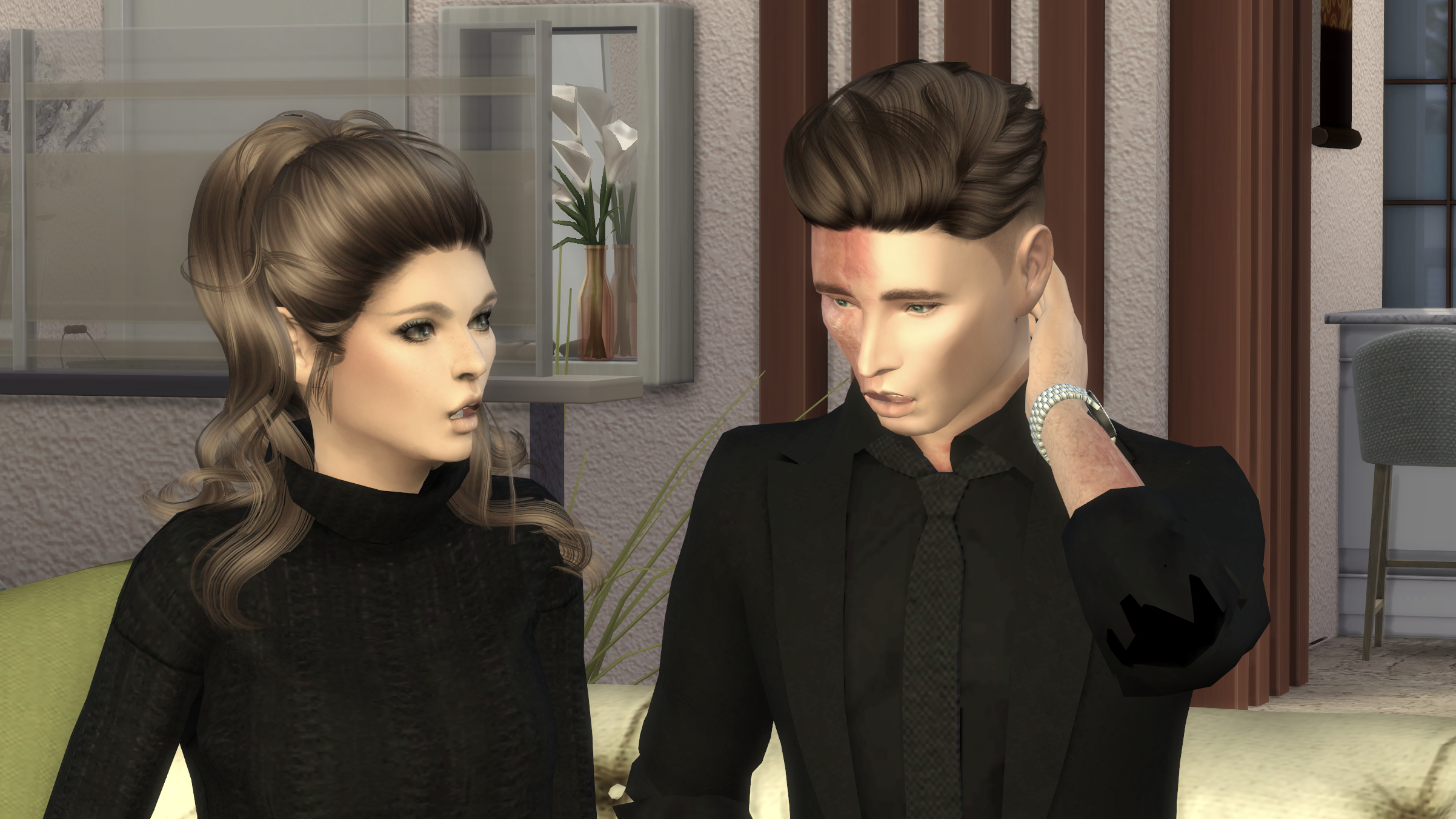 “Give me one reason to stay, Eric. Just something solid to hold on to, to know I am not throwing it all away for nothing.”

Eric looked at her, then down at the floor, swallowing hard.

He closed his eyes, but still did not respond. 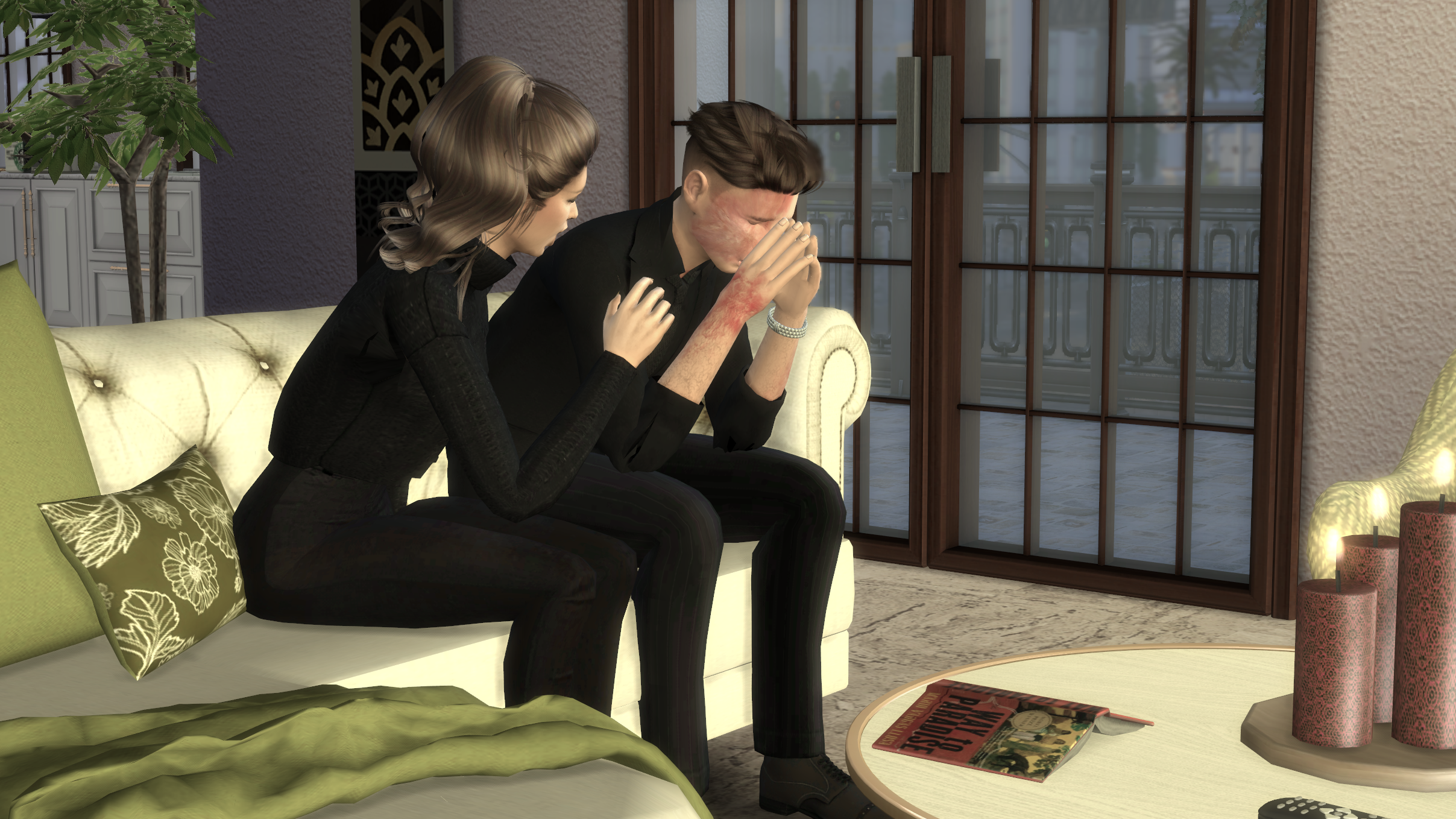 “Eric, please, say something. Anything. Give me something. Can you do that for me?”

Eric frowned for a moment as if he had bitten into a lemon, then looked at her with sad eyes, shaking his head.

“You should go be with your parents. Greener pastures await there. Good luck with everything.” 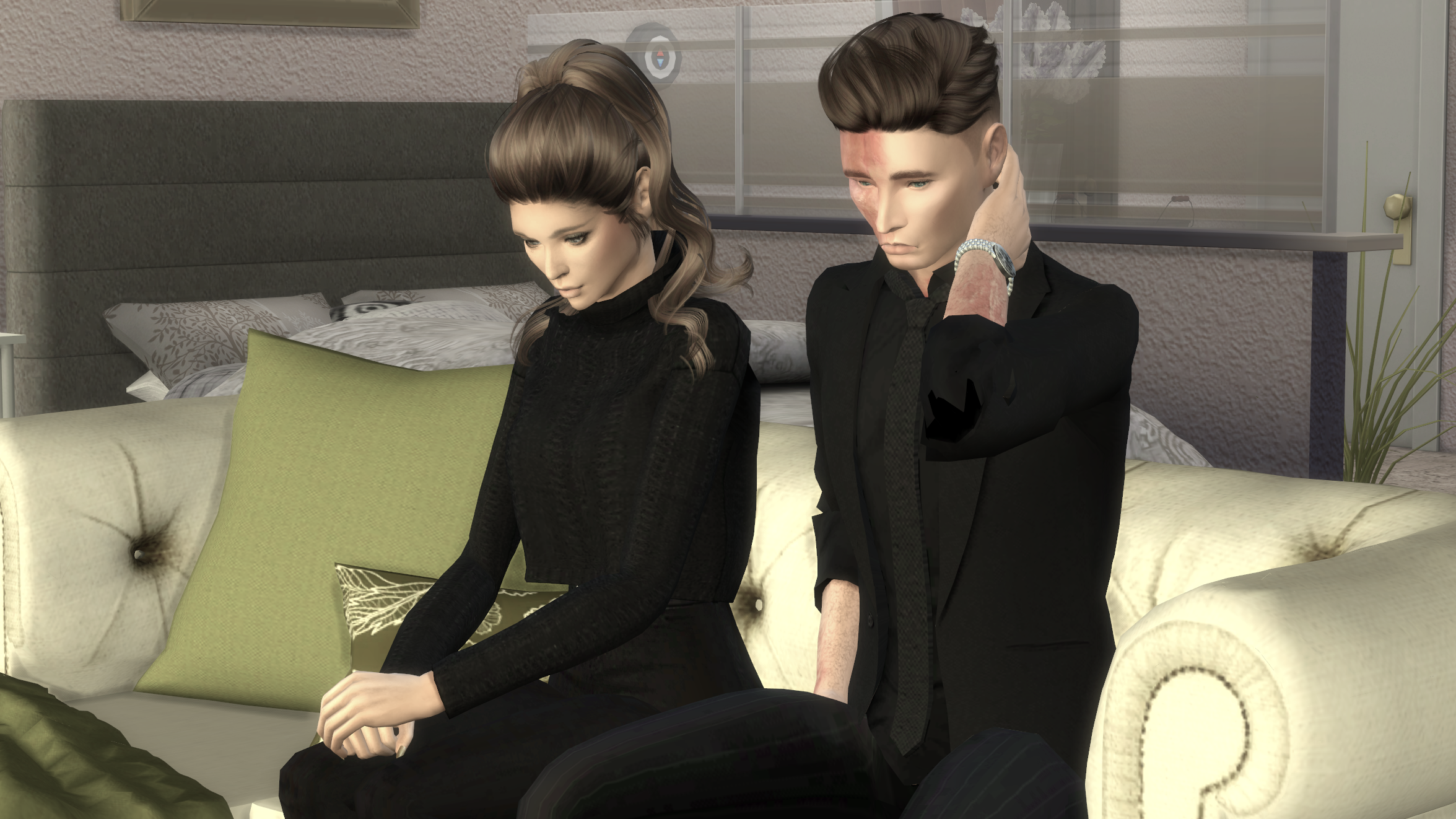 He got up and walked out of Charlee’s tiny apartment without another word or look, leaving a stunned looking Charlotte just standing there, mouth agape as her father passed Eric on his way back into her apartment.

“Are we done here then?” he asked.

Charlotte ignored him and ran after Eric, catching up with him, hugging him, crying, begging.

“Please, Eric. Say it. Just say it, please!” she pleaded. 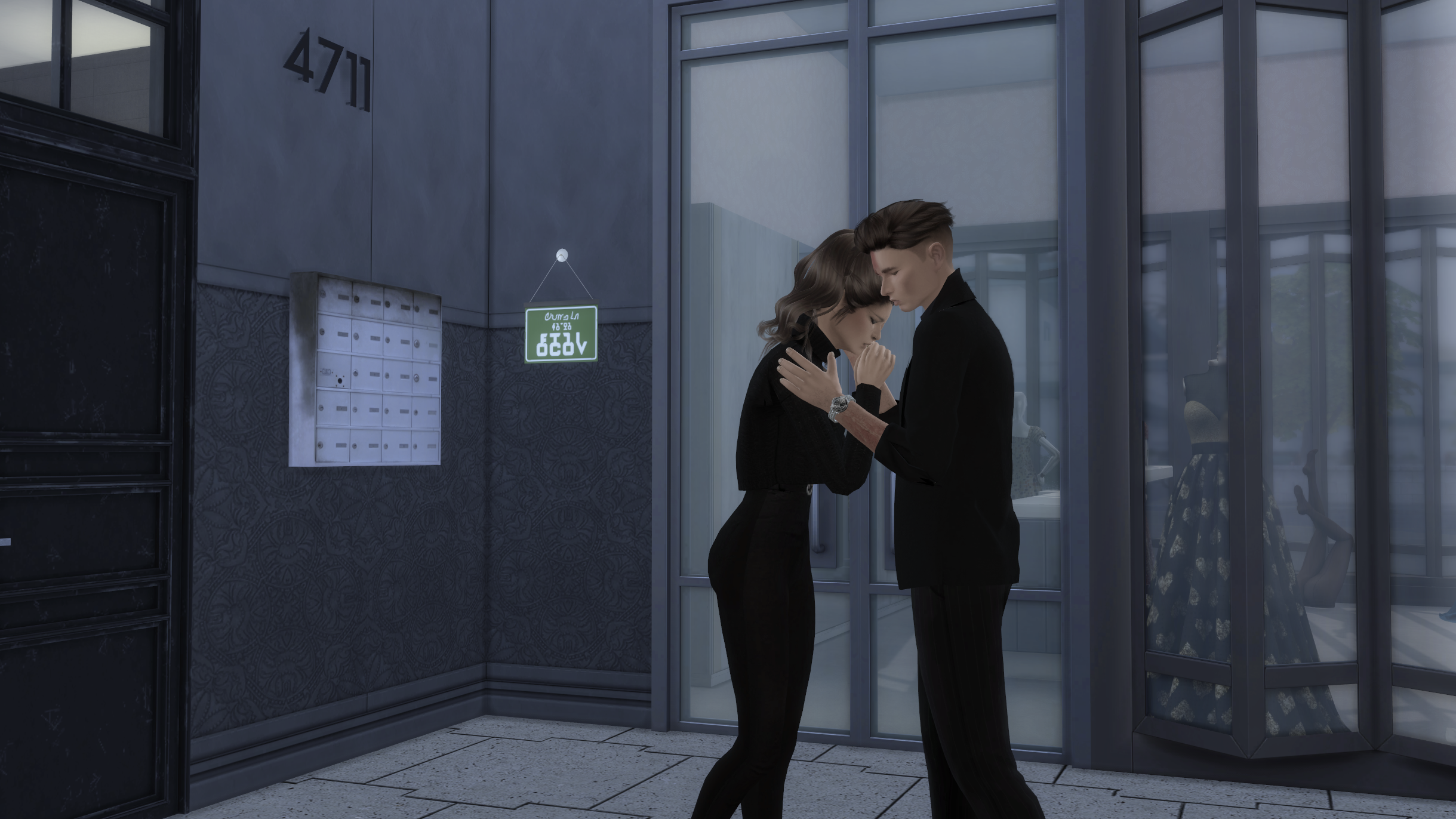 He gently pushed her away from him, then immediately turned to away, around a corner, out of sight, as fast as he could so he wouldn’t change his mind and do something very stupid that had absolutely no future and would only cause even more pain in the end, for him, but worst of all for Charlee. She would hurt regardless what he did, but one option gave her hope for something better.

Thousands of miles away from here.

Best to rip the Band Aid off here and now. He could do nothing to protect her from bad things, but this much he could do for her.

He could almost physically feel his heart breaking, crumbling, and how he was dying inside. 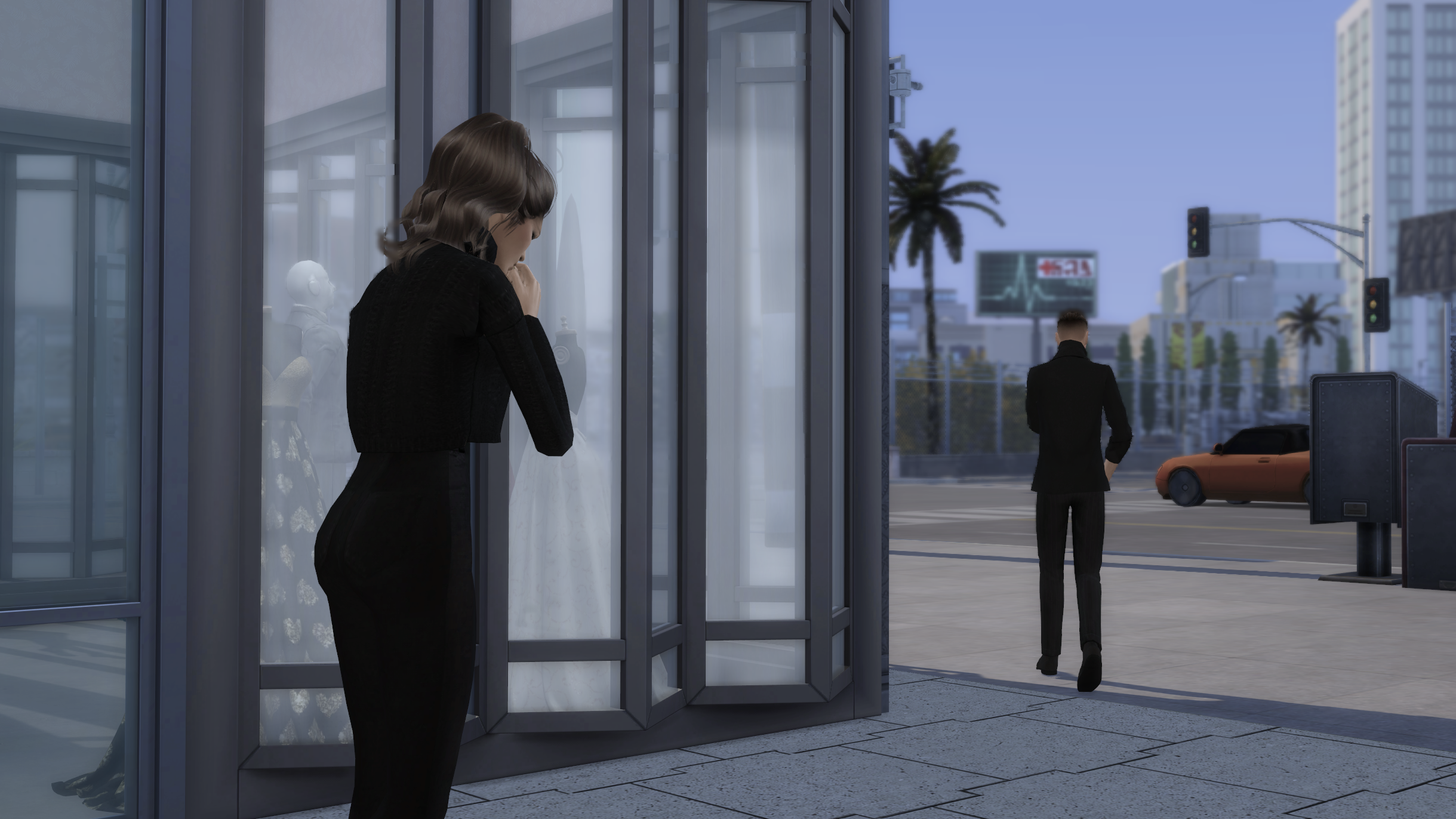 When Ewan and Hannah got home that night they found a very intoxicated Eric, incapable of even one single coherent sentence.