The best revenge is to be unlike him who performed the injury.
~Marcus Aurelius

Hannah looked at the empty side of the bed she used to share with Sven. Everything was so empty without him.

Her back ached again. Everything hurt now. The final weeks of her pregnancy.
Alone was not how she had imagined her spending them. She used to have all those fantasies that seemed nothing but childish now about a happily grinning couple, excited about every single kick and motion of their child in her mother’s womb, an attentive baby daddy treating the mother-to-be like a queen, reading every wish from her eyes long before she could even think it. 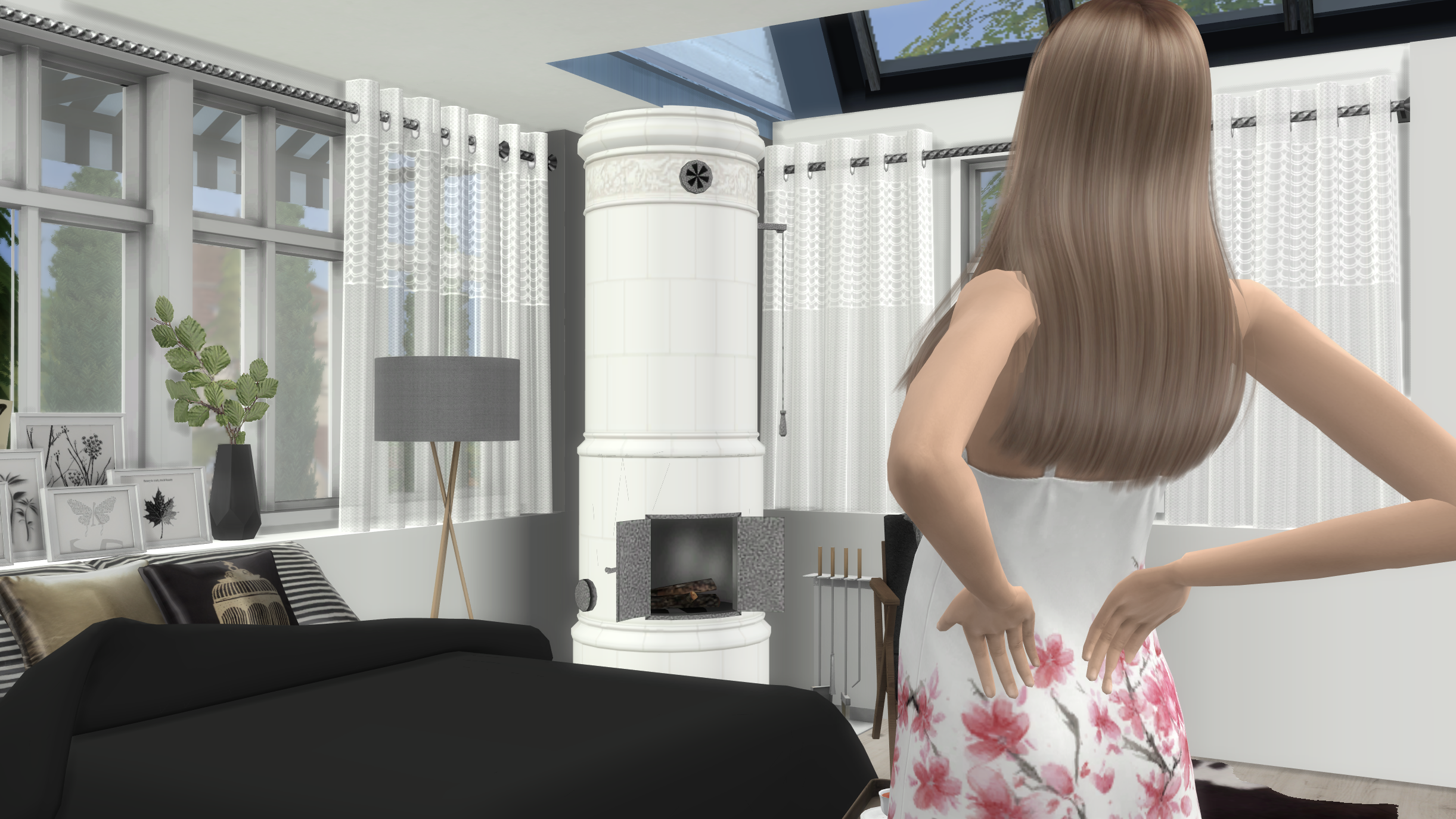 Hannah thought about all the events leading up to where they were now.
Eric had initiated an investigation as he had said he would, but what he found was that the initial problem had only been the tip of the iceberg. Sven’s story checked out, they uncovered that the club and its franchises really were in the habit of hiring attractive staff, male and female, who then were conned one way or another into allowing immoral behavior bordering prostitution by their patrons against better pay which in turn reeled in lots of clients for them. Once any of the gym staff went along with any advances by a patron and had second thoughts, they were blackmailed into continuing. Just like happened to Sven, who was humiliated into continuing so nobody would find out, which he justified to his own conscience by the additonal income it granted him. 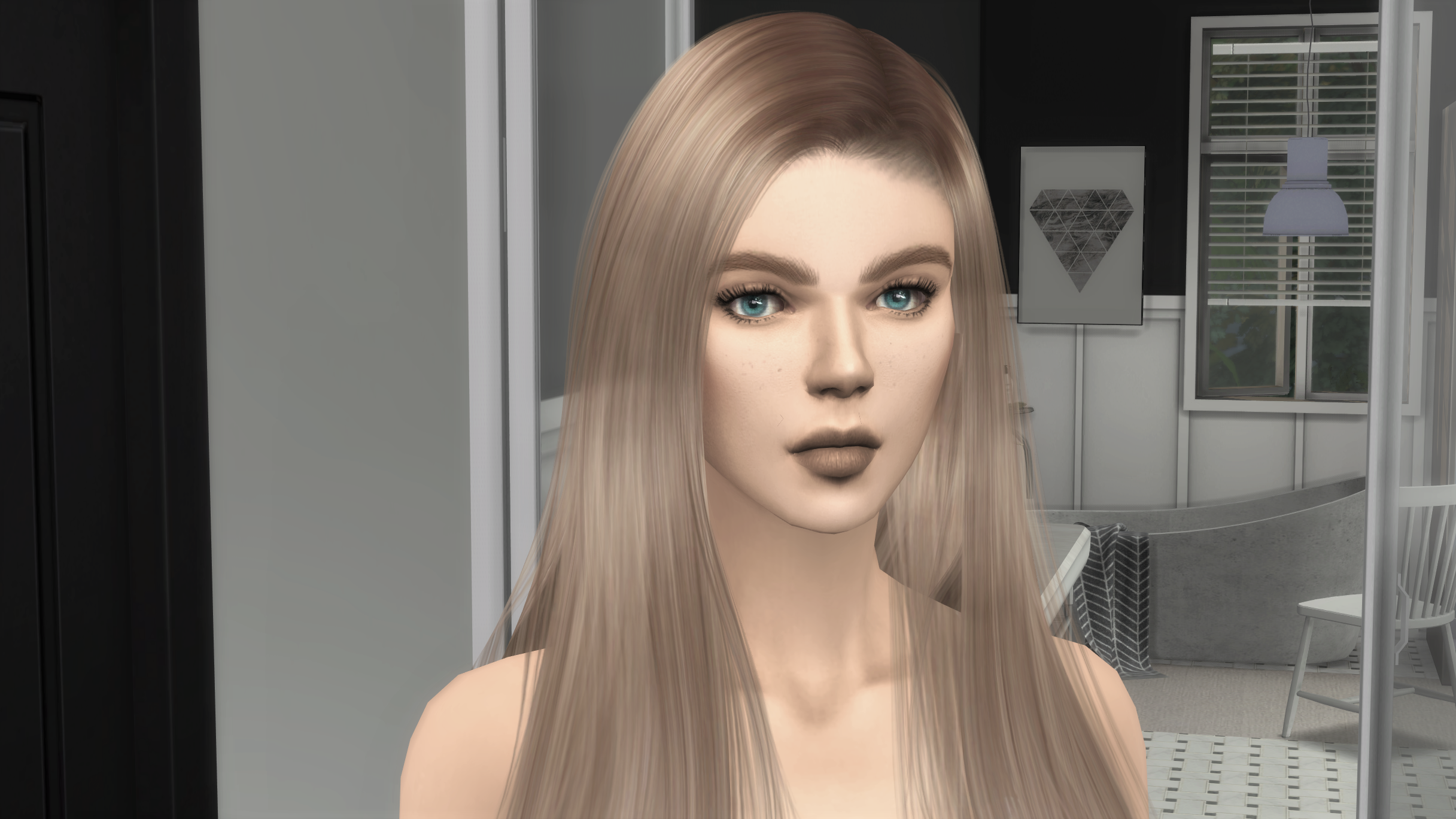 Along with their undercover investigations and Sven’s statement the police celebrated an initial win against a well known ring of crooks constantly surfing the edges of legality with low brow ways to generate mounds of income. In a ridiculous twist Charlee’s father got wind of it all, and as a judge used his connections to get a hold of Sven’s case as a form of revenge against Eric, well aware they were related around some corners. He raised enough flags within the case to make Sven look a lot worse than it had been, landing him in jail for the time being, until the attorney Ewan mobilized could get his appeal through. The court system was backed up enough that Judge Seymour could make sure the appeal would get shoved back to the bottom of the pile a few times delaying Sven’s release.

While Ewan’s lawyer assured them he would get Sven released and fully cleared of all charges, it didn’t look like that would happen before Hannah was going to give birth, which had her in bitter tears each time she thought about it. 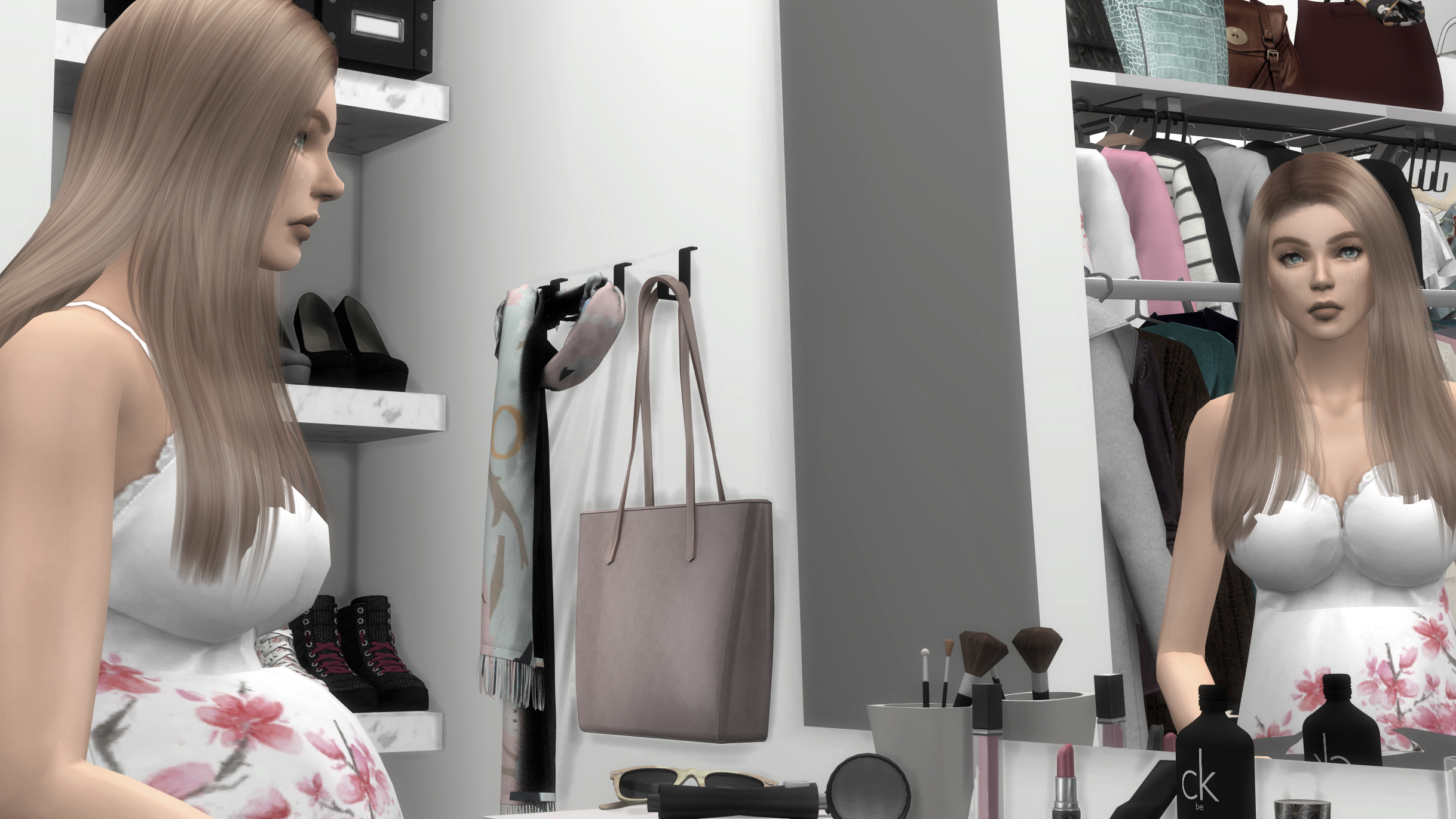 A few days later she visited Sven in jail. Hannah had never been to a jail, never thought she ever would go there either. Yet, here she was to visit her very own husband. A husband from a marriage she wasn’t even sure either of them still wanted to be in.

Sven appeared, since this was minimum security he wasn’t wearing handcuffs or prison wear and it seemed more like a dreary waiting room than a jail visitation hall.

“Hey baby!” the smile on his face was genuine, relief reflected in his expression, but gave way to an uncomfortable moment when he realized Hannah pulled away from the hug and kiss he tried to initiate. 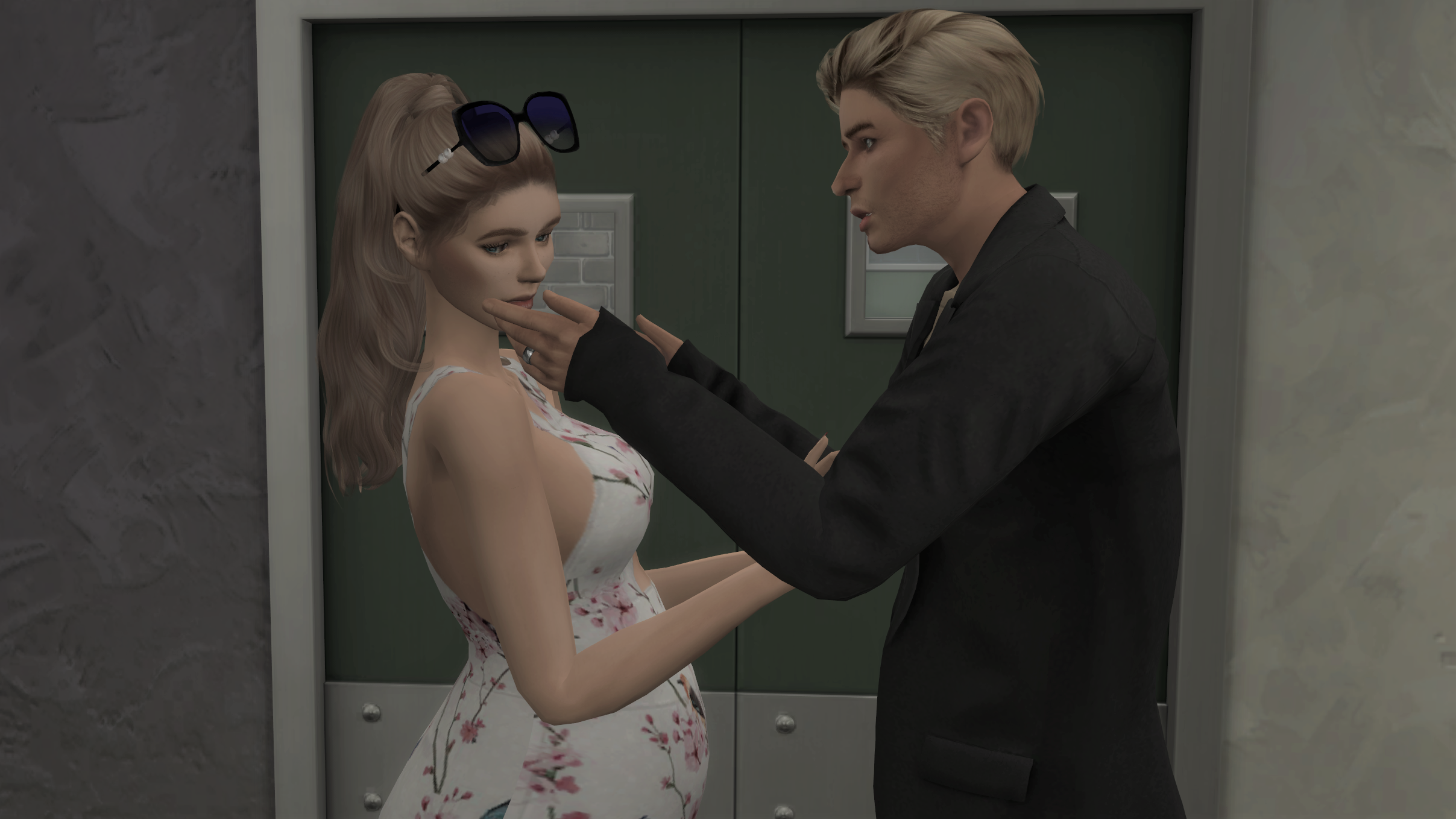 He didn’t comment, just sat down across from her, looking her over.

“Wow, looks like it’s almost time. We’re still trying to get me out. I said I would be there for the birth and I’m trying, baby.” 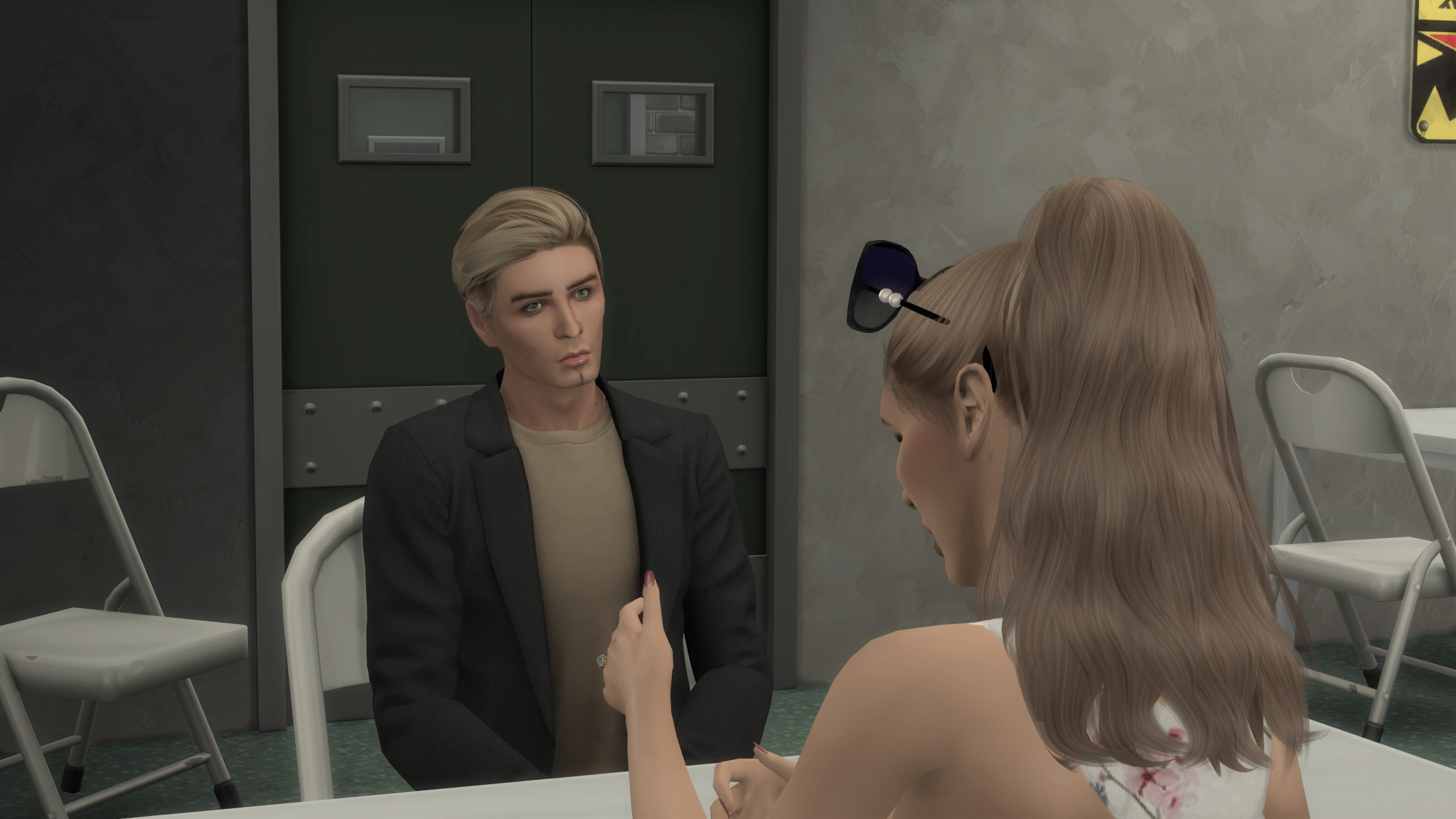 “Good. All good.” it sounded like the lie it was.

“That’s good.” he continued on the platitudes.

Hannah couldn’t help but wonder if this was how it would be from now on between them. They sounded like one of those couples she always watched and pitied, nothing left to say to each other, nothing in common anymore, wondering why they even still bothered with each other. So this was how that happened.

“Of course I do. I have always loved you, from the minute I saw you for the first time in that club in Del Sol Valley.”

“Then why? Why Cassandra? Why the flirting with other women? Why this? I heard what you said, I heard what they accuse the gym owners of, I heard what Eric said, but none of it makes sense. I just can’t process any of it.” 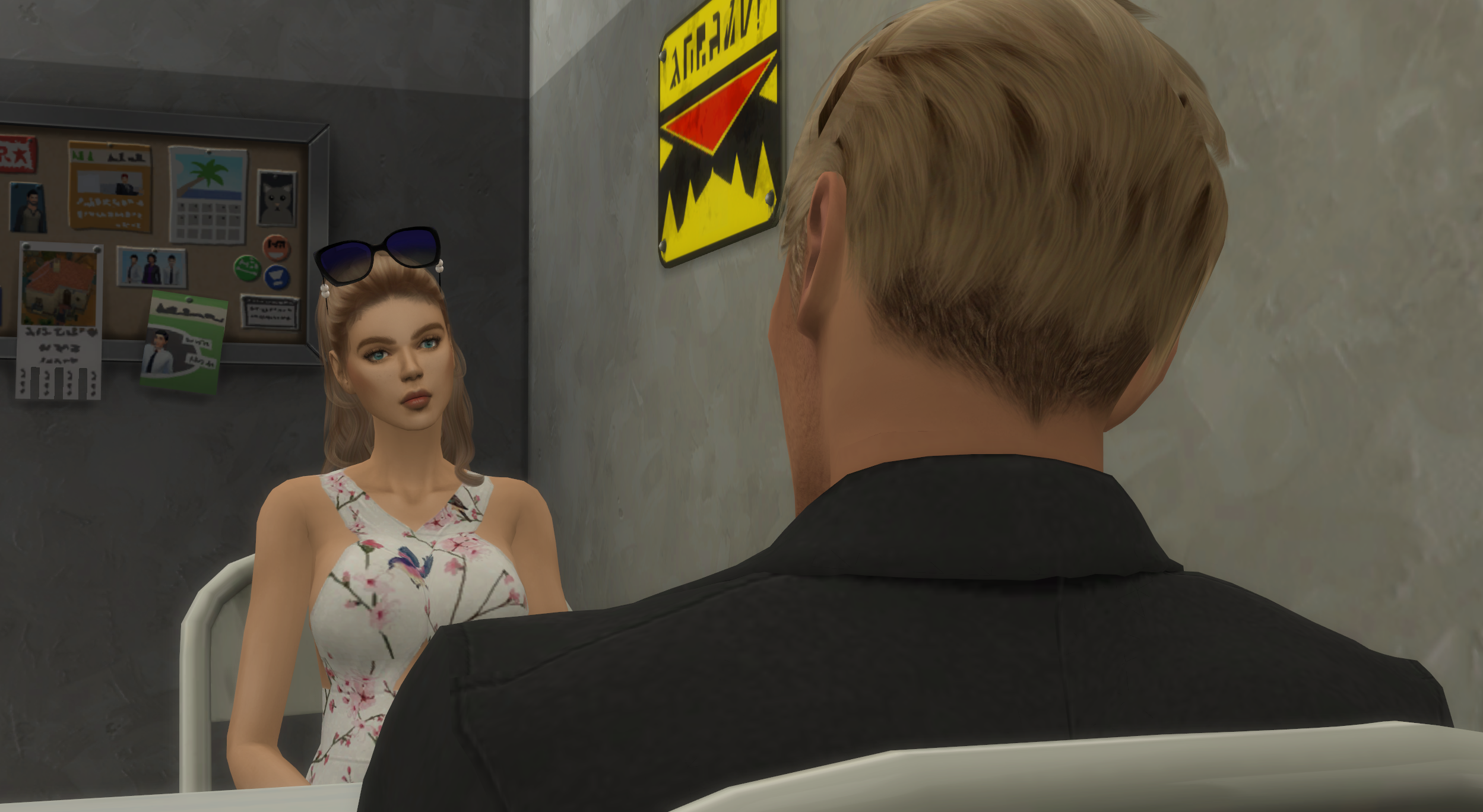 “I told you why this and Cassandra … I wish I could explain it. Some of it admittedly has to do with jealousy. You and Ewan … I don’t know, Hannah, but that just never sat right with me. I get it, you are distant cousins but if I didn’t know any better one could mistake you for more. I always knew I could never give you would he can. And when I had to move into his home when you and I first got together, my only chance to be able to stay in Del Sol Valley to be with you, that was just the worst of all. At the mercy of the man that already bettered me in every other aspect. Not an ego boost for any man. Cassandra probably felt the same way about you and him, and maybe that’s why she came onto me one night. She was probably upset with him about something and I went along because she was something supposedly exclusive to him, that I could apparently own now too. Made perfect sense considering we were both drunk and inhibitions were low. After it happened once we both basically felt that we screwed up once already, what’s once more? Downward spiral straight into the abyss. I am not proud of that and know how lucky I am that you gave me another chance and all this just happened because I wanted to make you happy. My flirting – well, I never saw a problem with that, I had always done that, second nature. Never occurred to me how it would make you feel. From where I sit now it is obvious what crappy choices I made, especially with my last stunt, but while I was in it, all I saw was that my back was already against the wall and if I played my cards right it would be temporary and afterwards I could finally treat you like the queen you are. My queen. Hopefully still …” 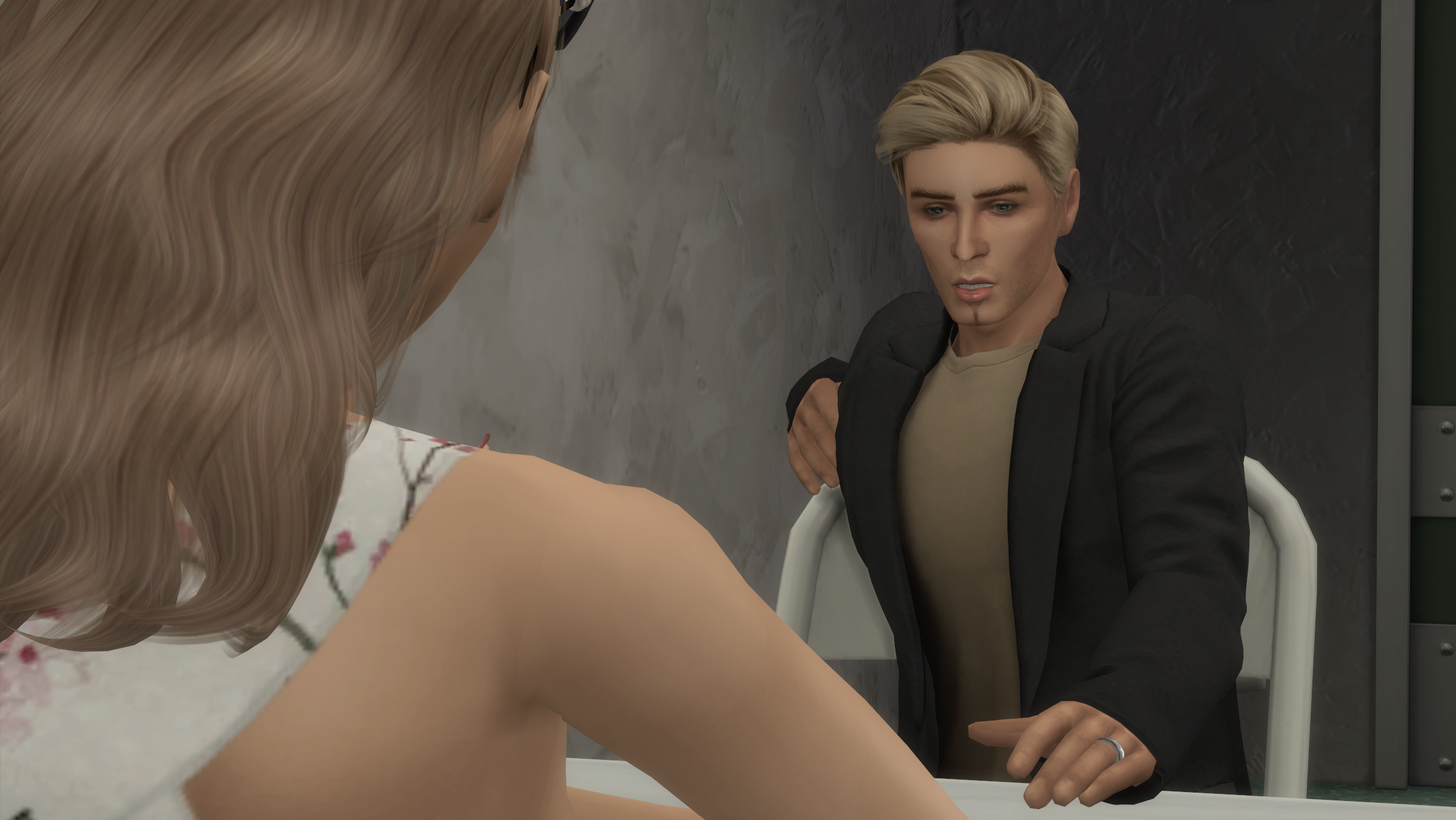 “Thank you for finally explaining it to me so candidly, Sven. I do not know why we never had this talk until now. Maybe if we did, it would have changed some things. Eric told me that truth is the most important building block of any relationship, but it didn’t sink in until now. We both messed up by never really talking all this through. Do you think we really still have a chance?”

“Just yes?” it seemed a bit meager of a response to Hannah.

“Yeah, just yes, Hannah. I know I don’t smell of roses right now, but I do know that I love you. That is enough for me to want to try all I can to fix this. I just hope you still love me too. Do you?” 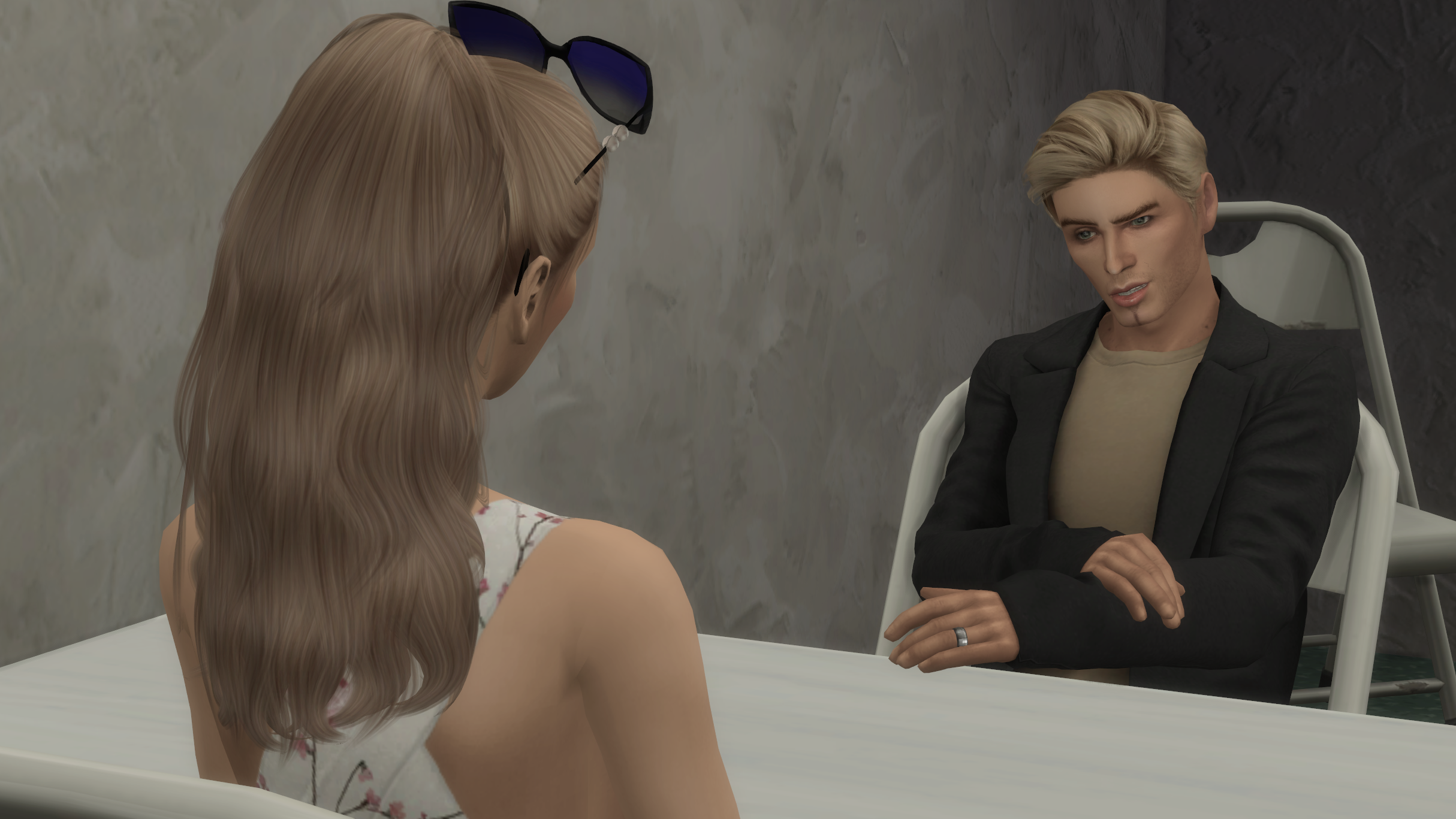 “I don’t know, Sven. I really don’t. I wish I could just say that I still love you like I always have, that I forgive you – and mean it. But I can’t. All I can think about is that I will be all alone in that delivery room in a few weeks robbing both of us of a once in a lifetime experience all because of what you did, selfishly, while telling those lies that you did it for me. Unfaithfulness has been a theme throughout our entire relationship. I was never going to tell you this, but why should I be the only one simmering in that terrible feeling something like this leaves with you forever: Ewan and I slept with each other, only one time, right after your affair with Cassandra and her pregnancy came out. But we did, not proud of it, and we realized we are not meant to be lovers. On that note, I will go. Let’s see if you can forgive something like this too and how it feels. Be warned, not as easy as you seem to think.” 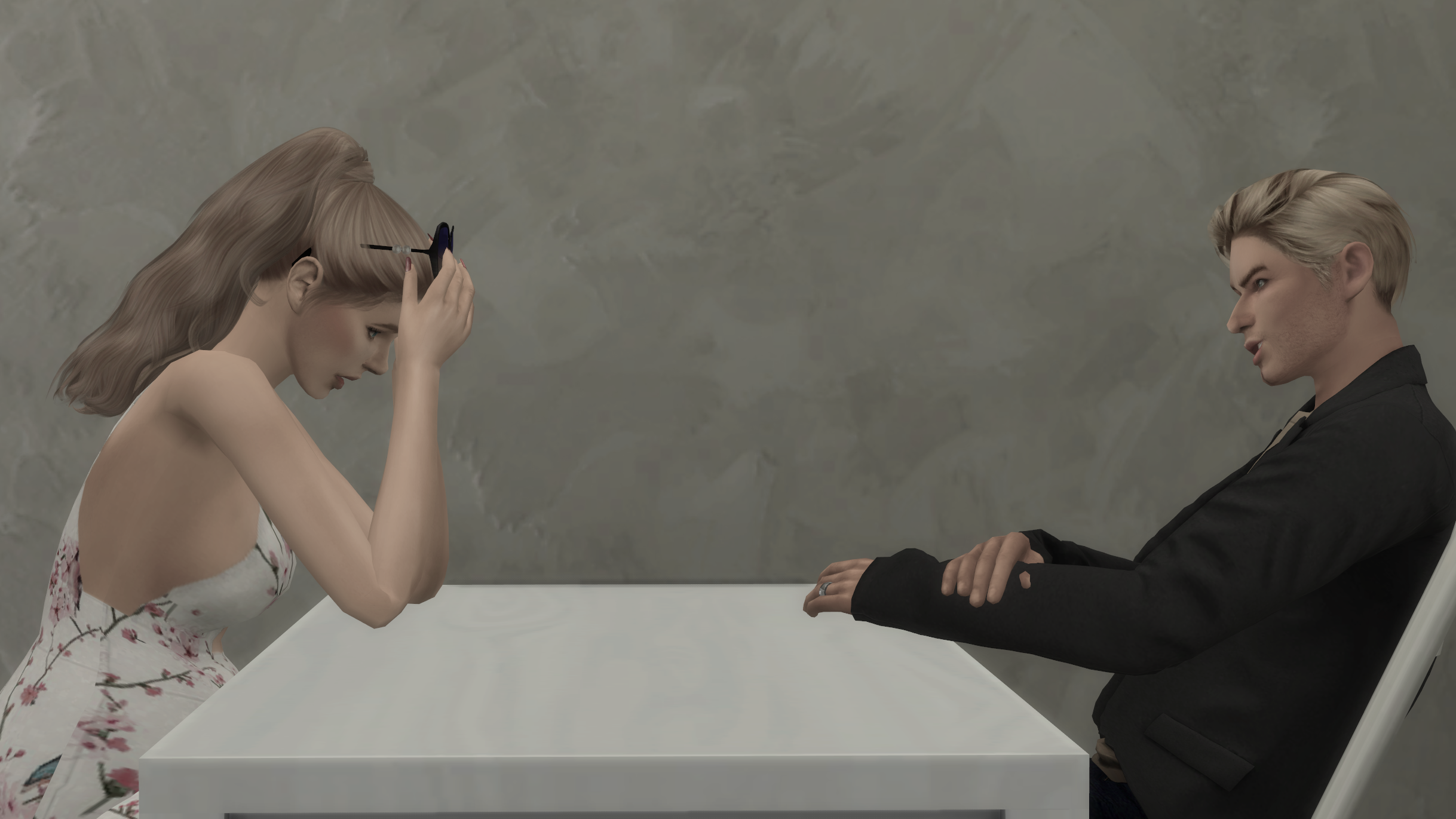 Hannah’s last words were bitter and just poured out of her, shocked and numb herself she labored up off her chair, unsure why she had told him all this, but somehow it felt good hurting him back like he had hurt her, and without looking back she left a still stunned Sven sitting like a figurine, so he wouldn’t see her cry.

The next week when she went back to see him, she was told that he declined visitation. It stung, bad, but there she had her answer. Evidently he could administer the pain, but not forgive it. 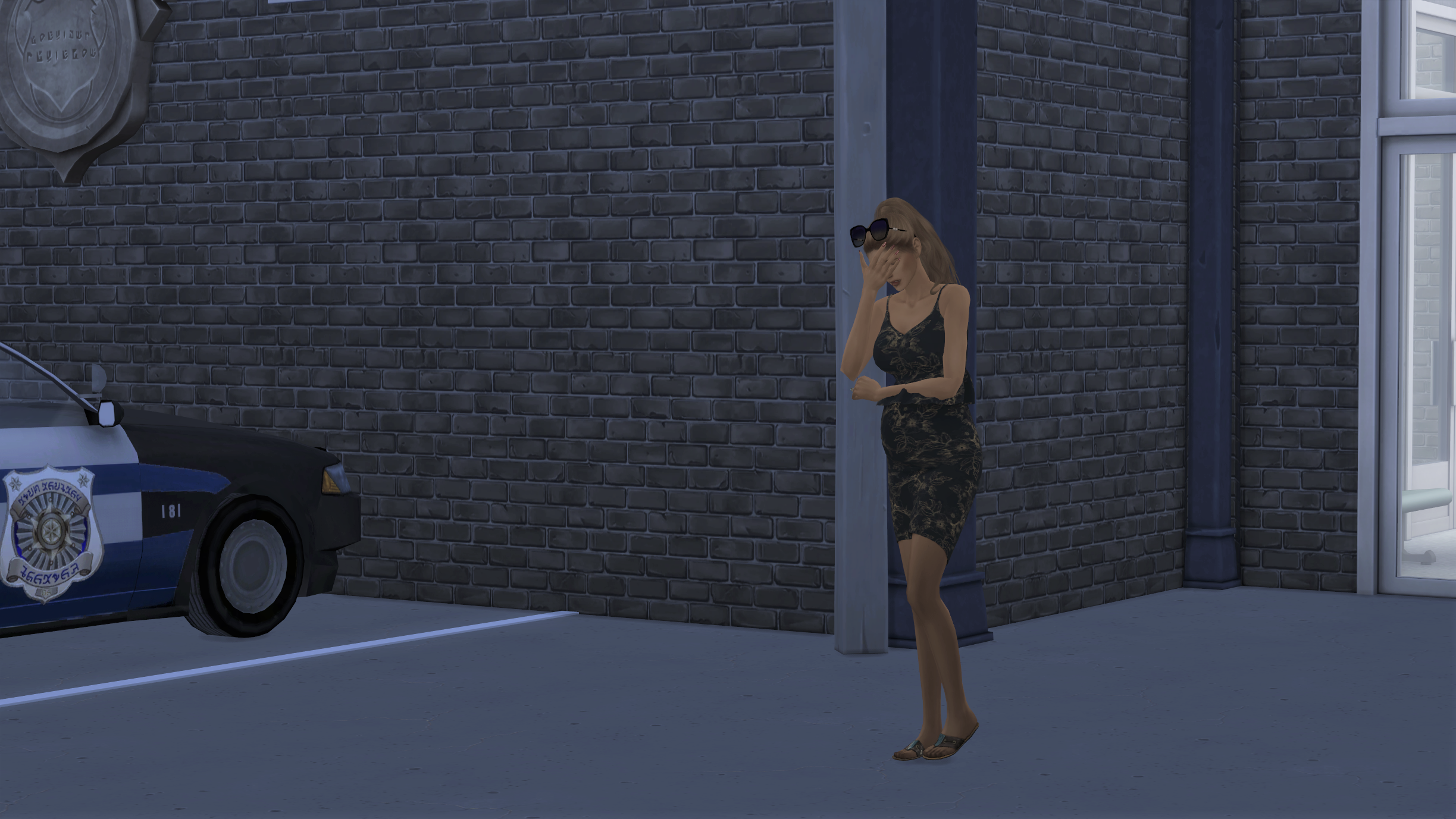 She drove herself back home, cried, well aware that this was most likely the answer she had needed.

Her marriage was probably through, broken beyond repair.

How had Eric put it once? Better the devil you know.

Well, now she knew the devil she would likely face.

Starting over during a time in her life where everything was new, everything changed.

All she could feel was emptiness inside.