A hero is someone who, in spite of weakness, doubt or not always knowing the answers, goes ahead and overcomes anyway.
~Christopher Reeve

Hannah was trying to do her breathing during another contraction as Eric was flying past pulled over cars, his siren blaring, before he arrived at the hospital.

“Eric, don’t leave me! Please! Stay with me through the entire thing – I don’t want to be alone! PLEASE!” he was carefully walking her into the hospital. 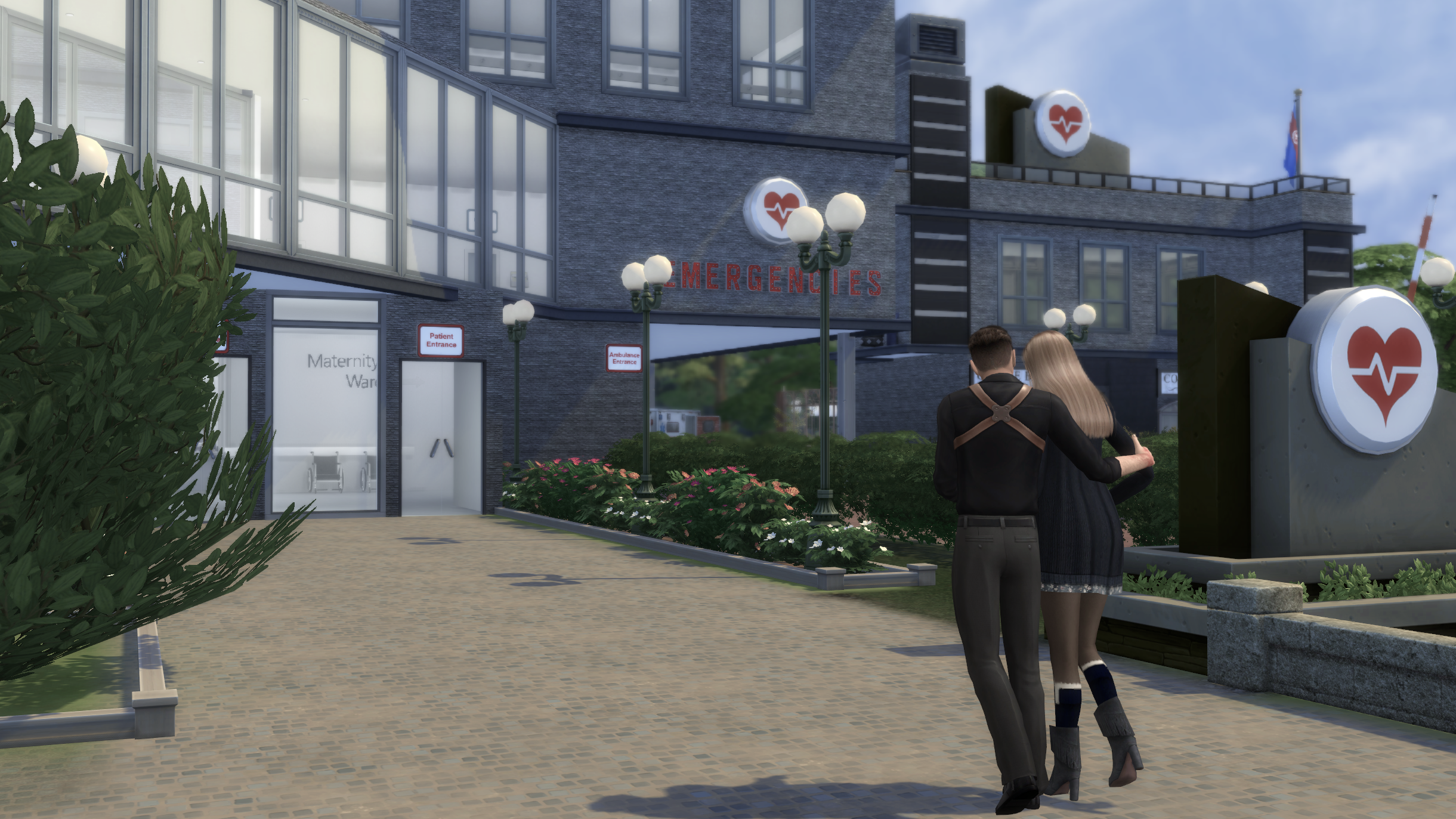 “Hannah, I am only your cousin … I have no business in the delivery room with you!”

“Then I need him here! PLEASE Eric! I need him …. get him ….” she begged, then screamed during the next contraction.

“The contractions are minutes apart, too late for an epidural, we need to get her ready for delivery A.S.A.P.” he heard some medical staff call at each other as they had quickly scurried them off to a room to check her out, Eric didn’t even know what to look at anymore. His back to action he said loud enough for her to hear.

“Okay, Hannah, I have an idea, gotta go, but I will be right back, promise. You know I keep my promises. I’ll call your parents too, just in case …” 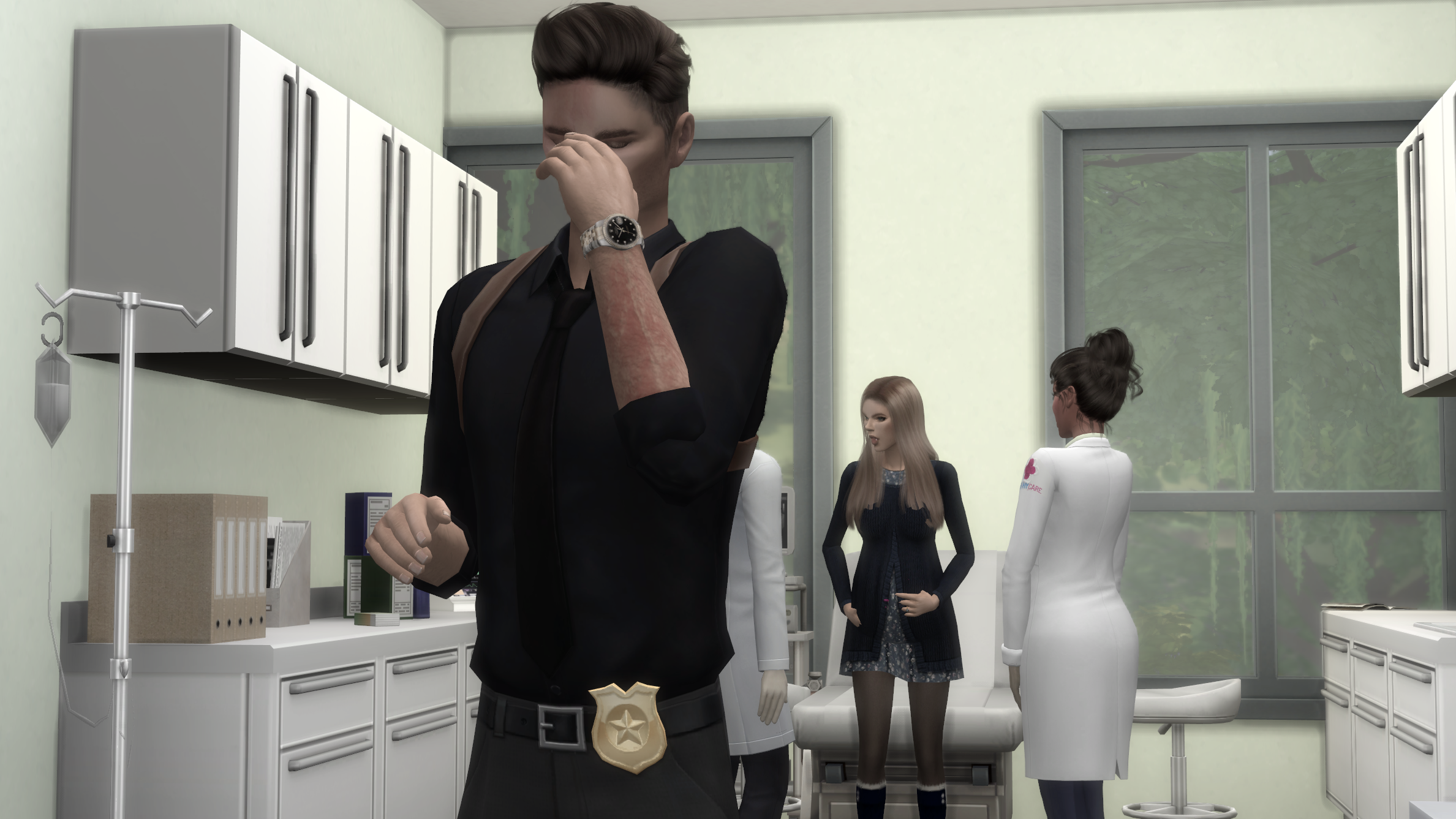 “Eric they are out of state with Bryan, Marlee and the kids for a soccer tournament of Brylee’s. They won’t make it! You have to be here!” Hannah pleaded as they were taking her to get changed and prepped for the birth of her child.

“I will, promise, but I have to run right now! I need to try something.”

A few hours later he stood, frowning, in a delivery room, the same one he had been in when Charlee delivered Jamie, similarly rushed as Hannah now was about to give birth to Blakely. The very last place on earth he wanted to be. 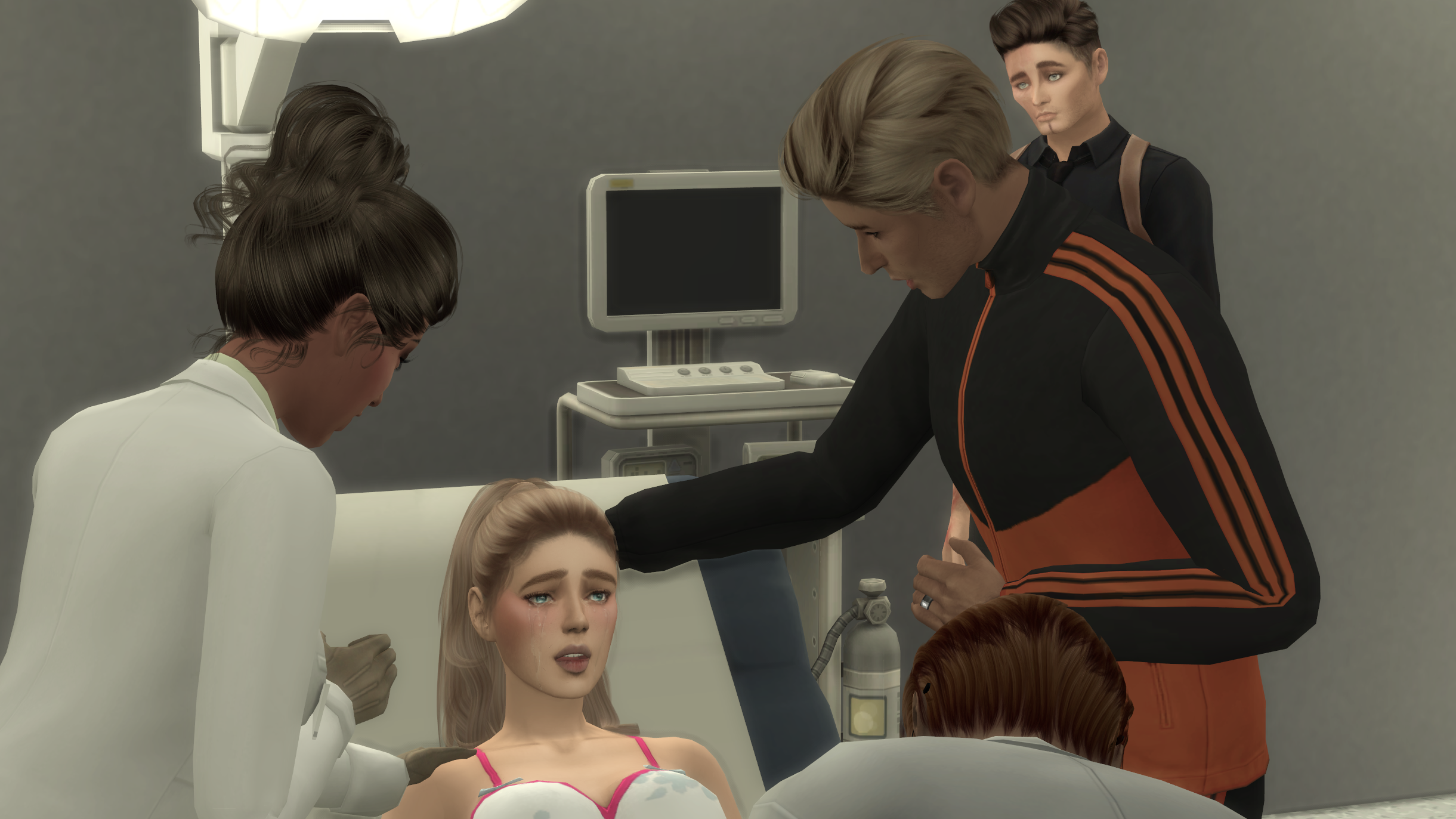 How did Eric get involved? By a string of unfortunate events that only proved the old adage that ‘no good deed goes unpunished’. During his lunch break Eric had visited Hannah at her restaurant, mostly to check up on her, when she spoke about the Sven issues and got so worked up that it probably triggered the contractions, 3 weeks too early. He rushed her to the hospital, and now ended up where he really didn’t want to be. He’d prefer the pits of hell.

“I love you, baby! You got this! Stay strong! I am right here with you!” he now heard Sven’s encouraging voice, holding Hannah’s hand, right before another one of her blood-curdling screams. Eric closed his eyes, wishing he could leave. But he had to keep eyes on and stay with the prisoner – Sven – whom he had just picked up from jail under the pretense that he needed to interrogate him at his local precinct one last time to close the case. It was a blatant lie and Eric shamelessly exploited his rank to grant Hannah her wish and do Sven a solid, feeling guilty for him being in jail which was just a revenge from Eric’s father-in-law. If  the lie was found out, Eric would be in serious trouble. 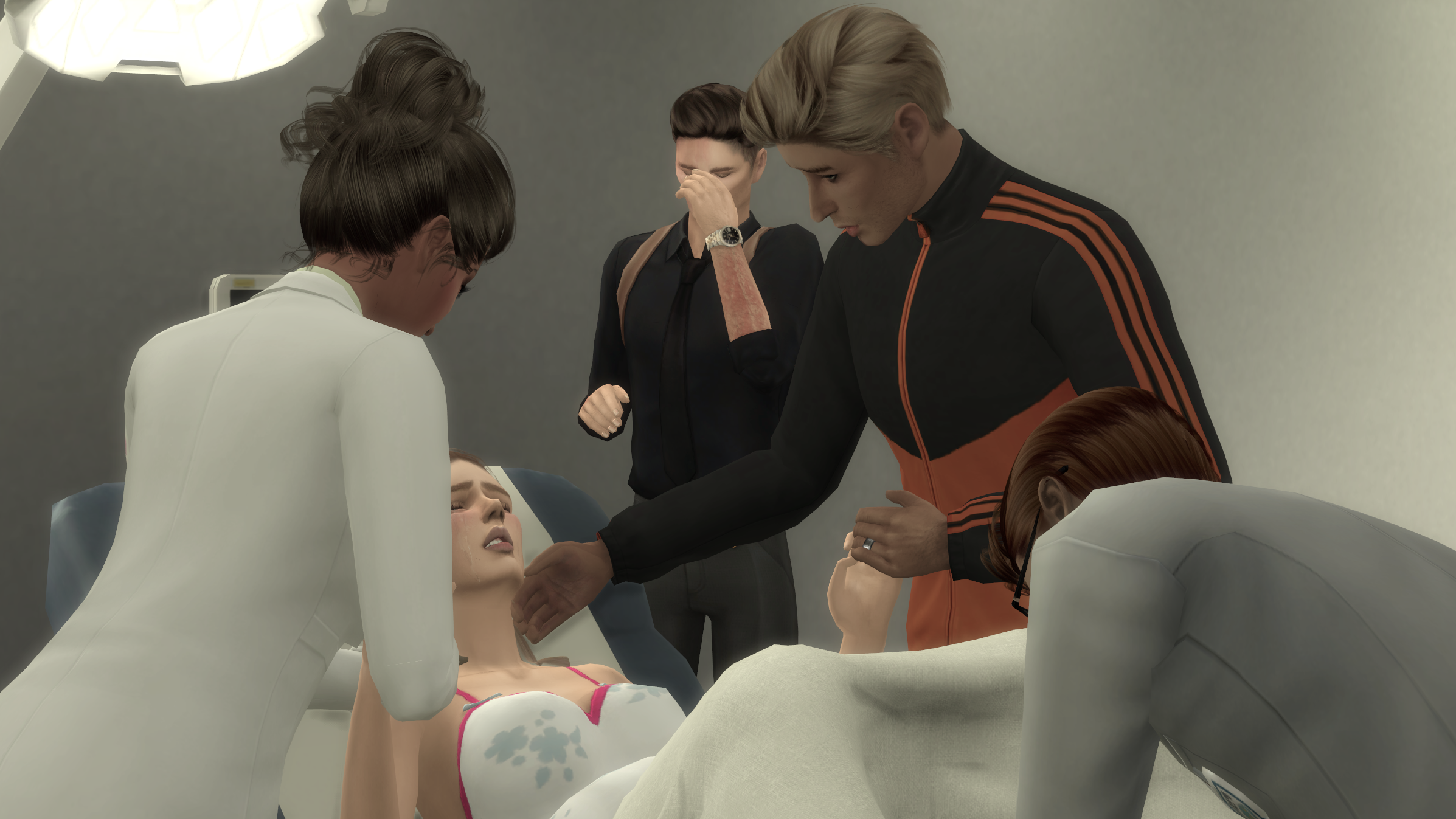 “That’s okay. Keep your eyes on the prize, ignore me.” he mumbled to a nervous and frantic looking Sven, hoping neither of them would keel over.

At least Sven was still blissfully unaware what they were about to witness. Eric knew. Sigh.

“Here we go, I can see the head!” the doctor announced making Sven nervous and Eric cringe. 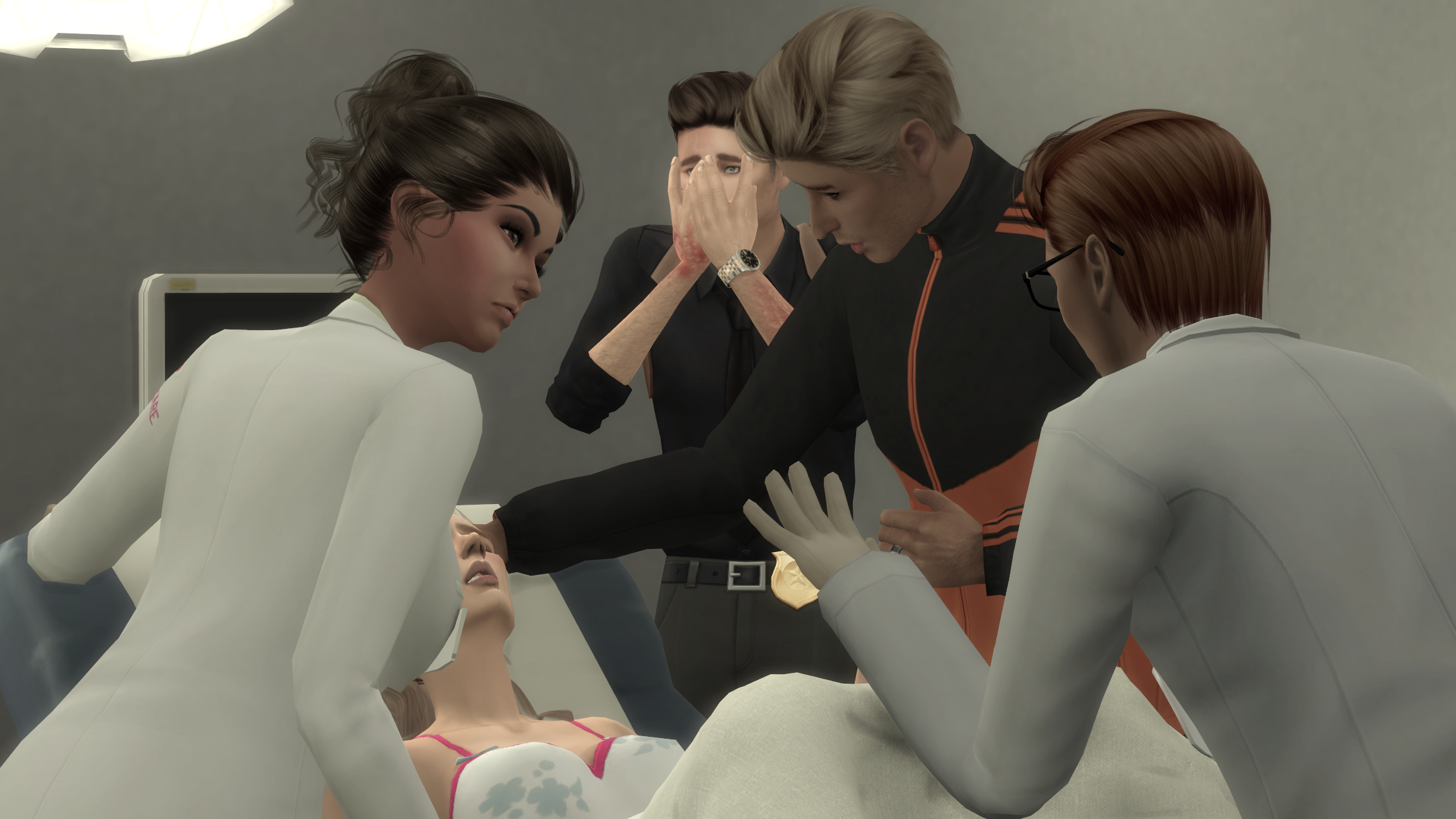 A little more than two hours later Eric had returned Sven to prison from the “interrogation” and was sitting on a bench outside the hospital, trying to come down from the traumatic event of witnessing yet another birth and waiting for his wife Charlotte, Ava and Ewan who were currently visiting the new mother and child.

He heard familiar laughter, a very pleasant and apparently well trained voice, as Ewan pat him on the back before joining him on the bench outside the hospital. 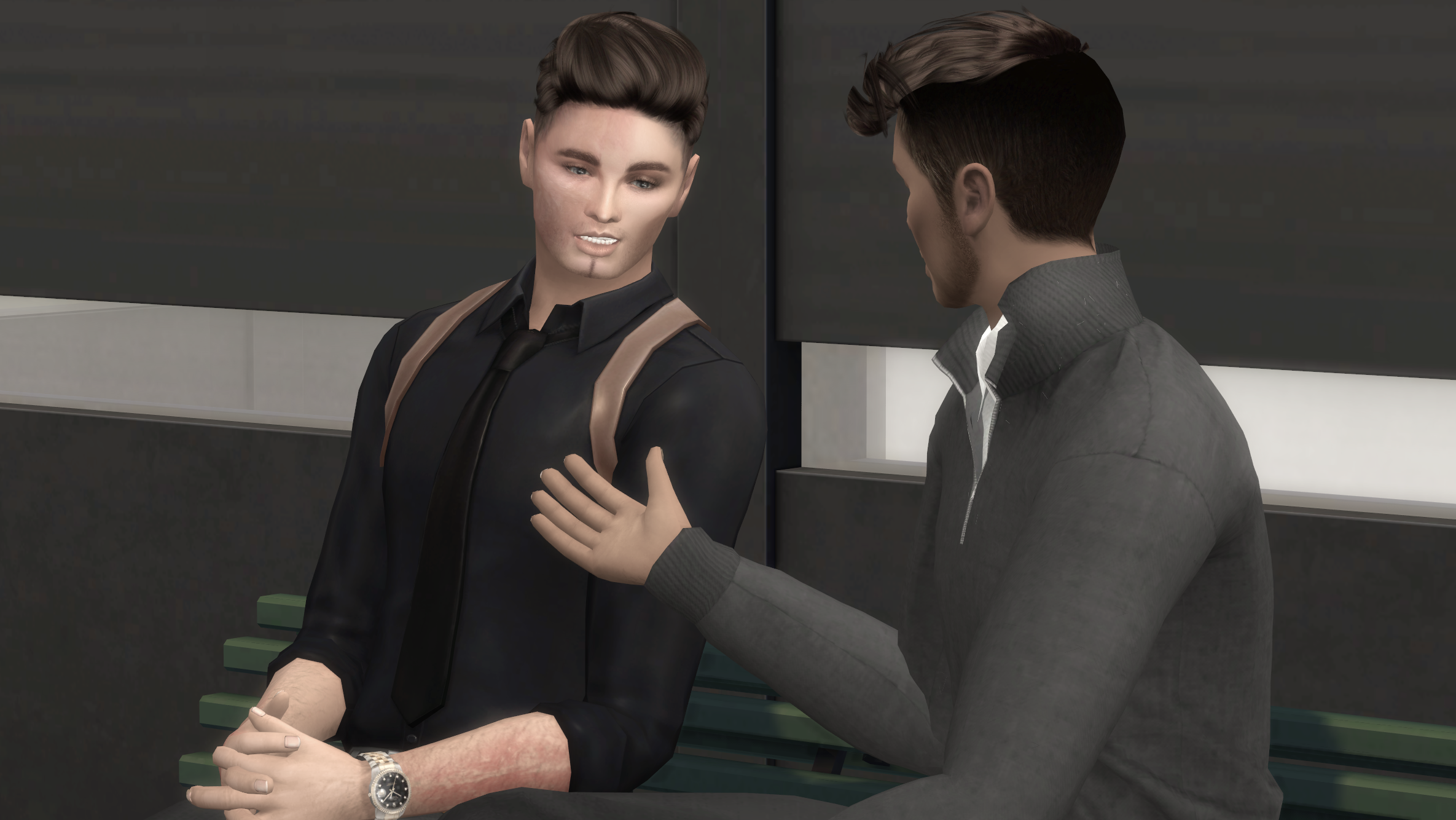 “You look a little pale there, buddy. Maybe you’d benefit from some self-tanner and blush. And a little lipstick, Nurse Cameron.” Ewan teased, well aware of Eric’s issue with delivery rooms.

“Ewan – make you a promise: I will be there whenever you two have your next child, right outside the delivery room, cracking shitty jokes like you are now after you come out of there on shaky legs.” 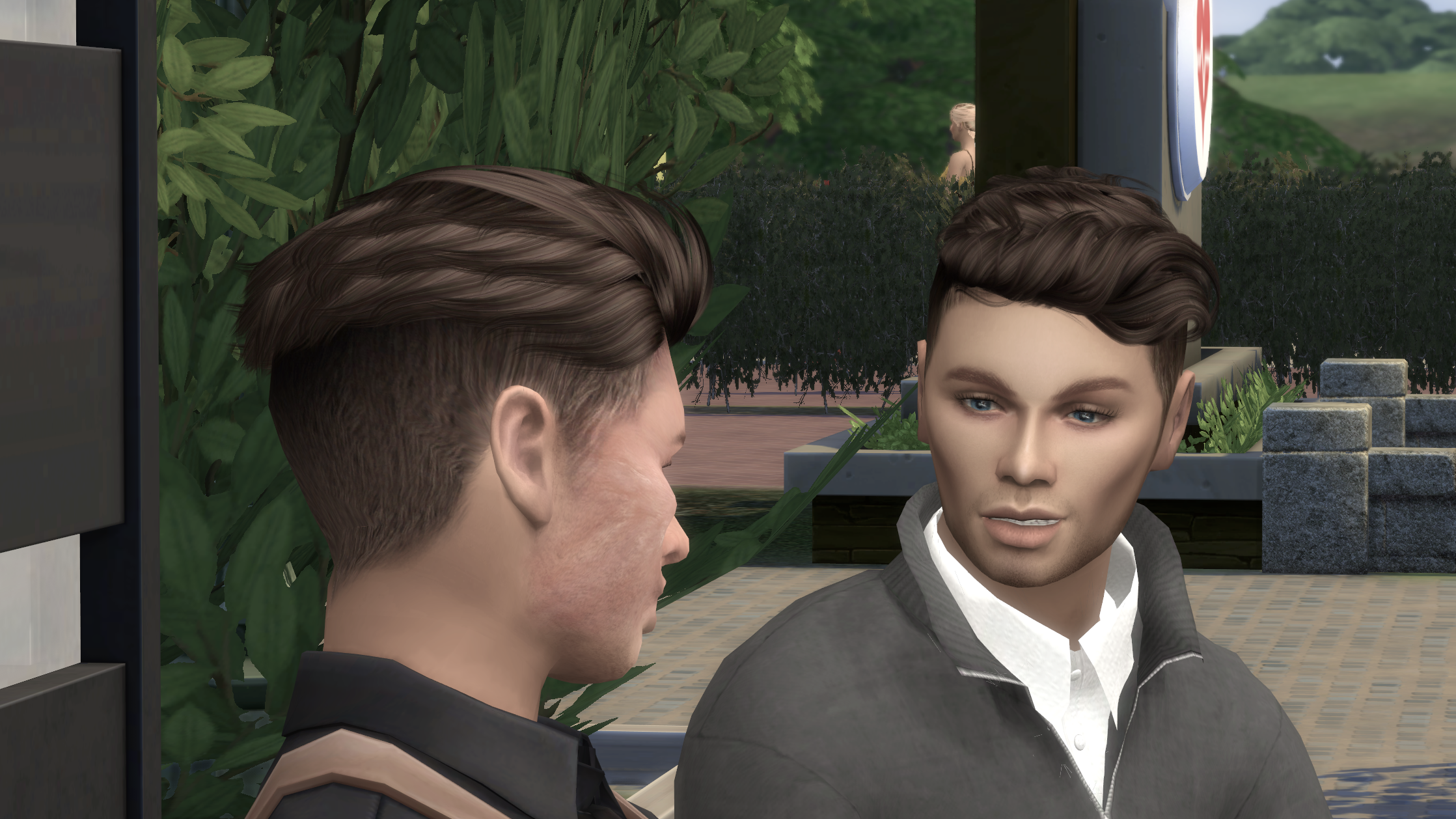 “Ah, I am tougher than that. Didn’t mind last time, won’t mind the next. Joking aside, very decent of you, what you did for them. You are a much better man than I ever would be. Hannah will love you forever for this, so will Sven, which in his case probably means avoid bending over anywhere near him.” 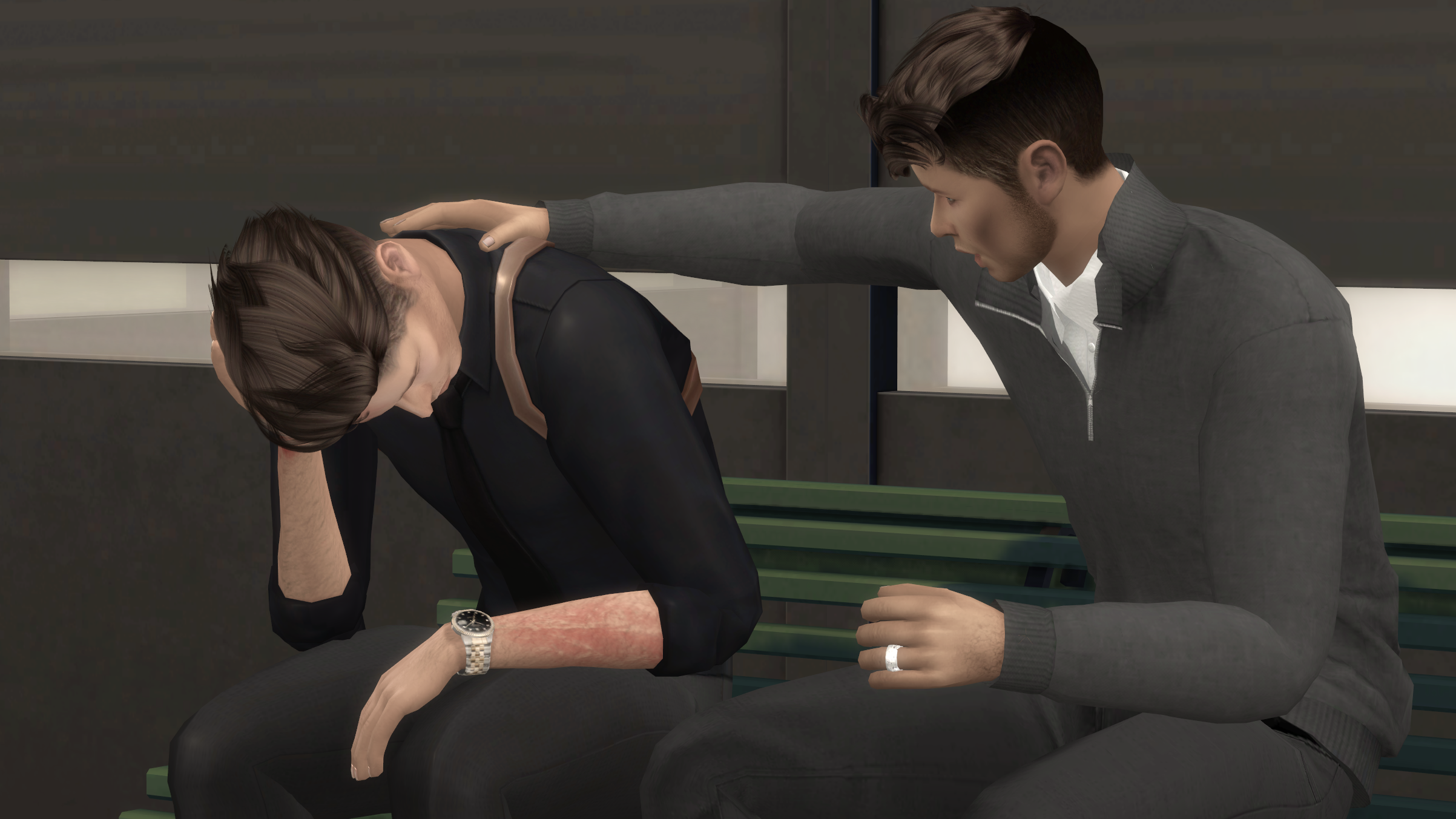 “Not in the mood for your awful jokes, and as far as me being so decent goes, it only means if that ever comes out, I’ll get at the very least an earful from the chief, probably end up suspended for a week – if not fired. I shouldn’t have lied like that. But I felt so sorry for Hannah. And Sven.”

“Did you ask Sven some questions? Maybe how he was doing? I am sure you did. Good enough to qualify as an interrogation in my book. So you are golden.” 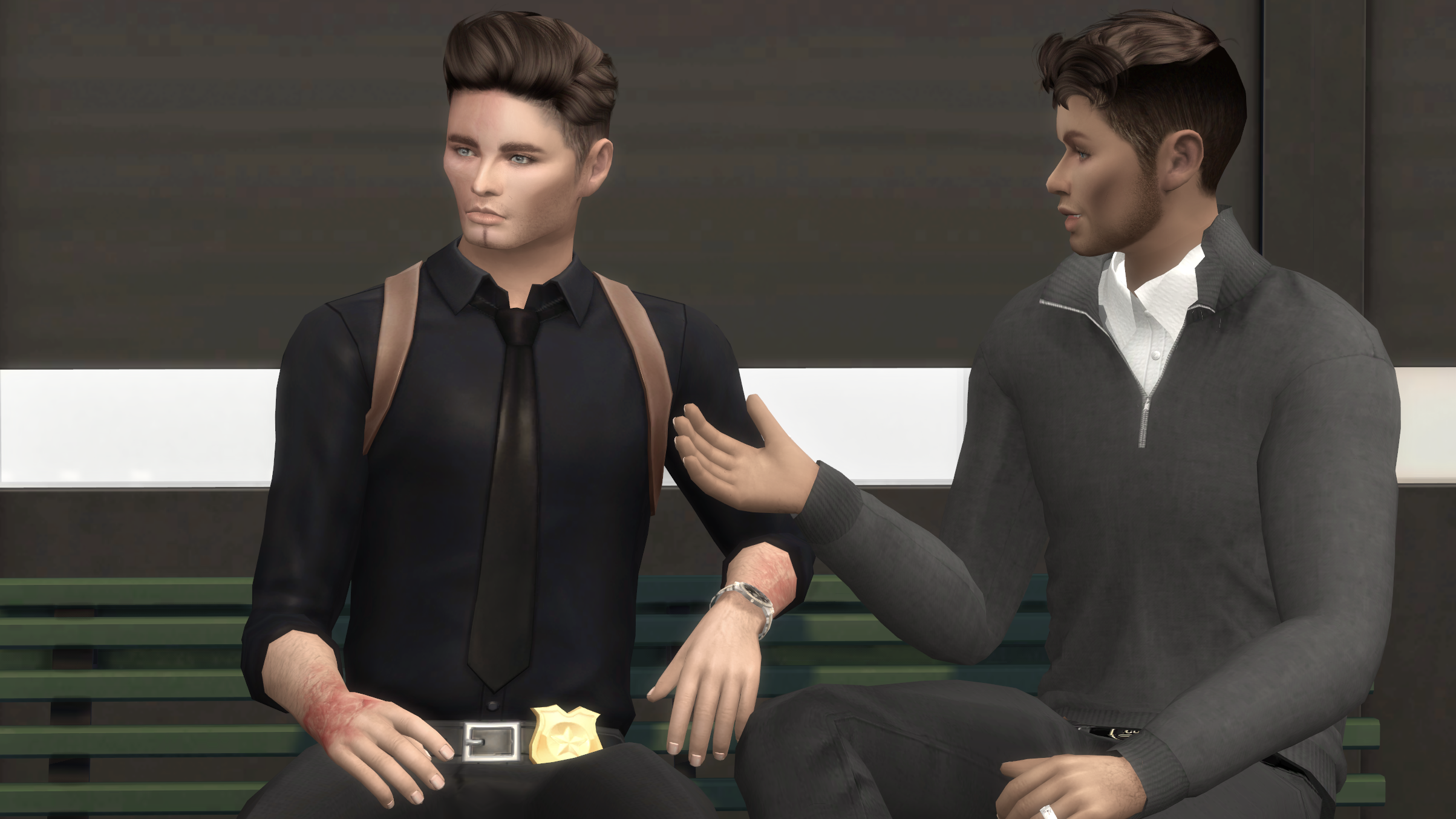 “If you reference any of your movie roles now, I will punch you out!” Eric cut him off. 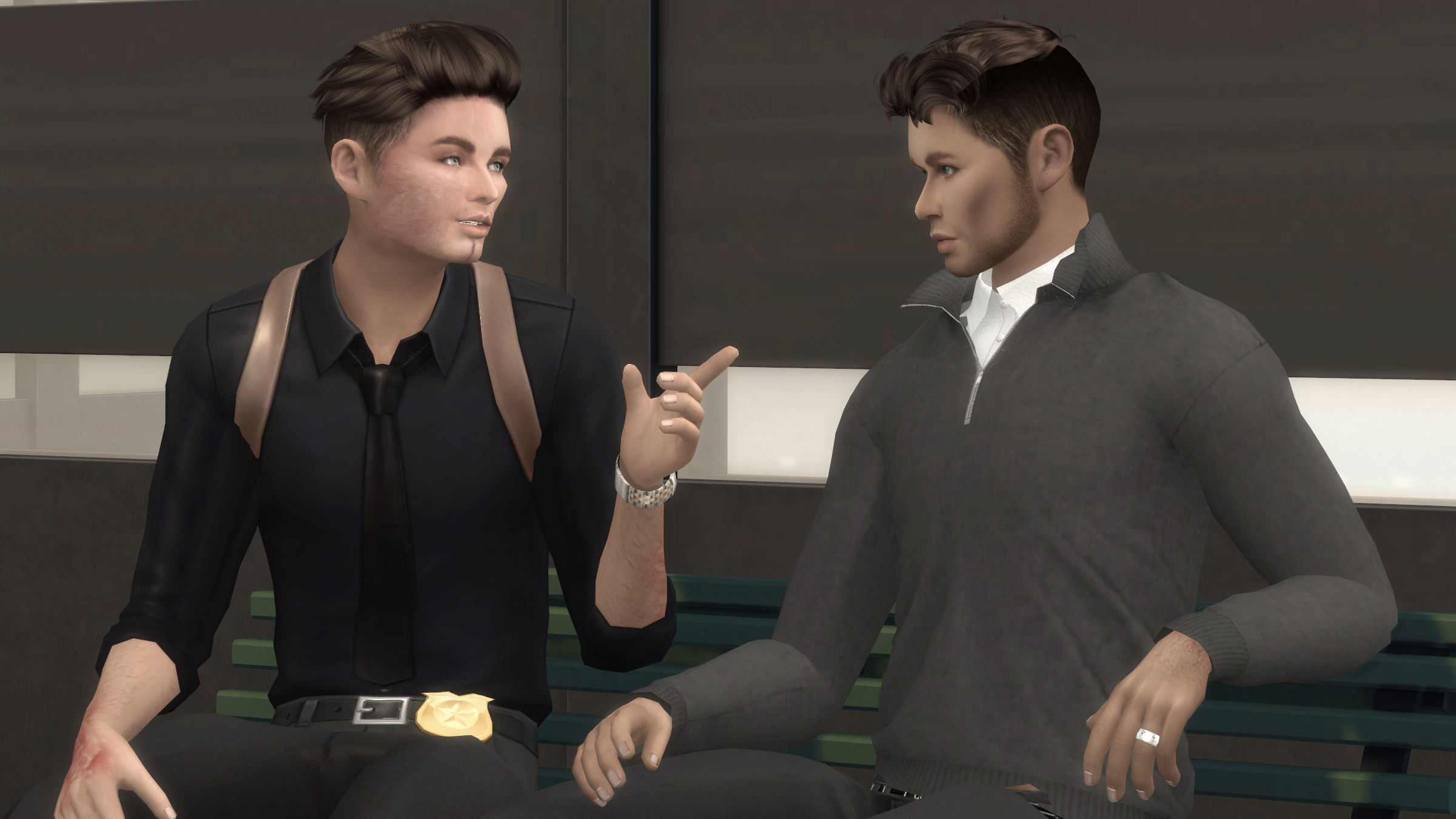 “Okay, okay … go change your tampon and then how about I take you out for a drink? We’ll grab Ava and Charlee and give Hannah time to rest. Hey, did you see Blakely yet? She is beautiful like her momma.” 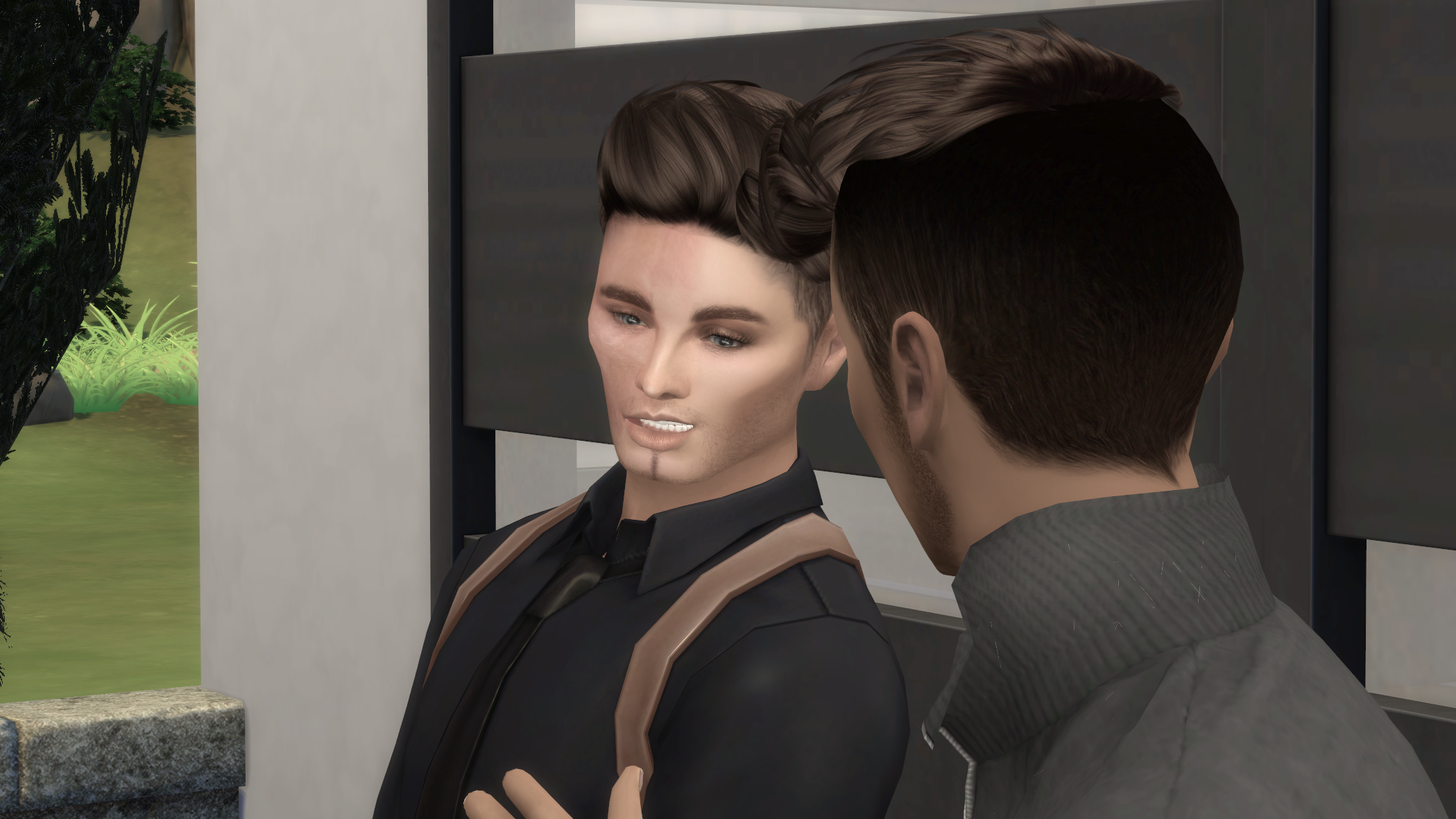 “Oh, right … ha ha … sorry … forgot you had front row seats to be one of the first to ever see her. My bad. Ha ha ha, maybe you should change careers and study medicine. As much as you hang out in delivery rooms …”

“Nah, you are really not my type. Besides, those pretty ladies there would probably be jealous then.” Ewan smiled big when he spotted Ava and Charlee headed towards them. 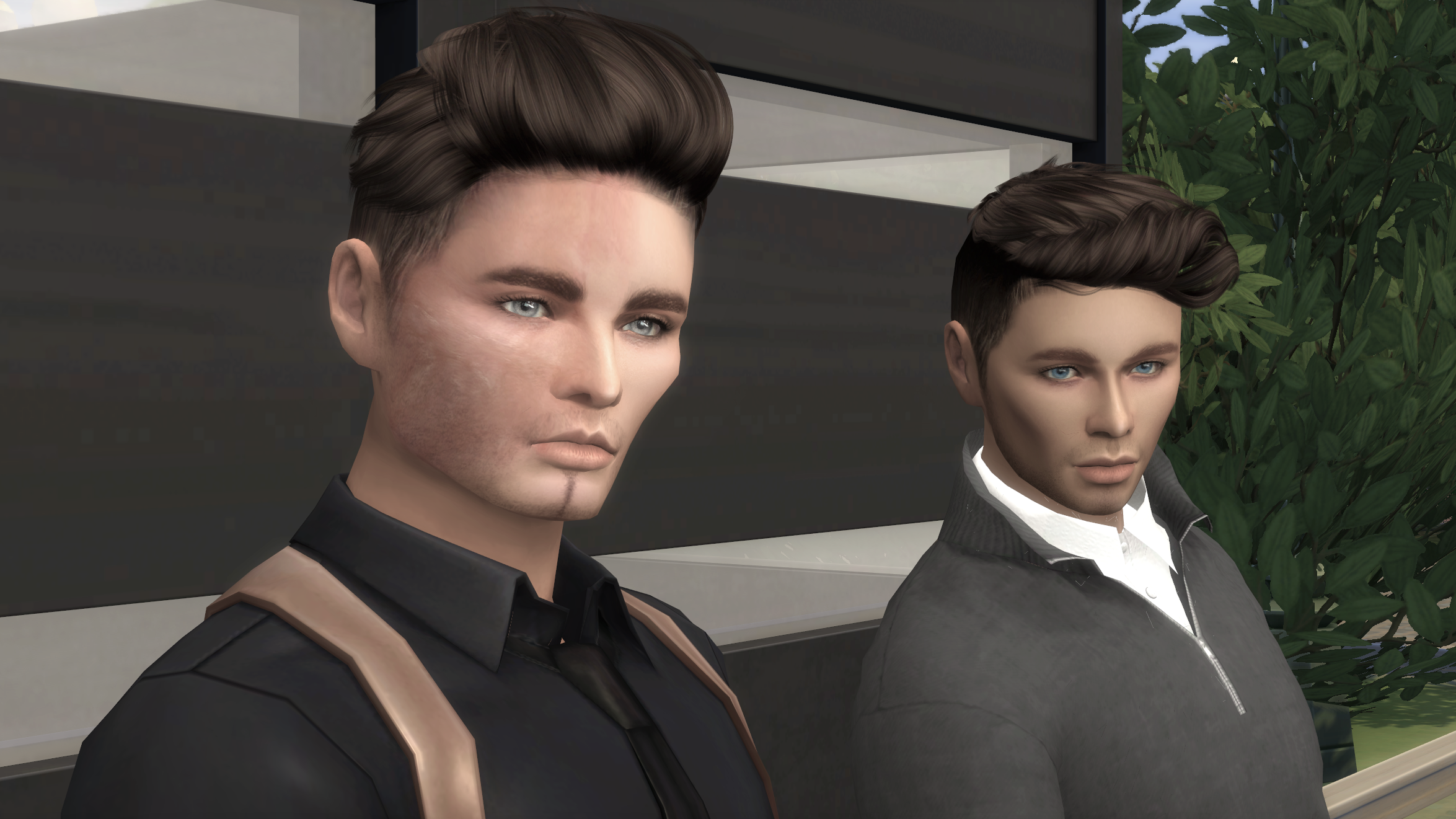 “Aww, my sweet hero. You are a real superman.” Charlee cooed at Eric, before kissing him.

“Must be nice to have such a loving and appreciative wife.” Ewan said grinning.

“Oh, quit your whining and come here already!” Ava pulled Ewan down to kiss him. 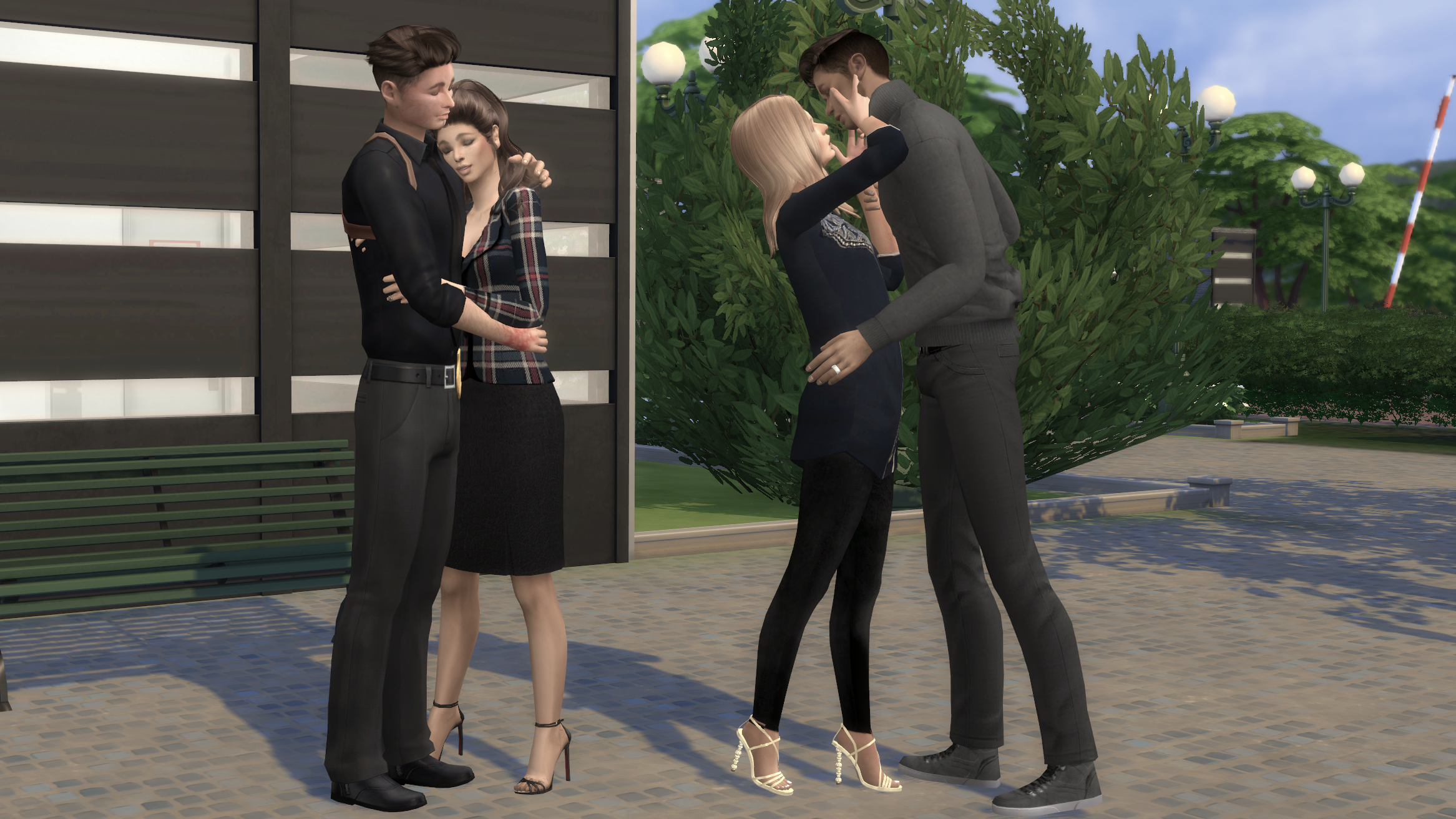 “You are just the most amazing man to ever walk the earth, Eric Cameron.” Charlee told her husband.

“Charlee’s right. That was so amaze-balls!” Ava agreed as she joined Charlee in cuddling Eric, which made him chuckle and forget about his traumatic moments earlier. 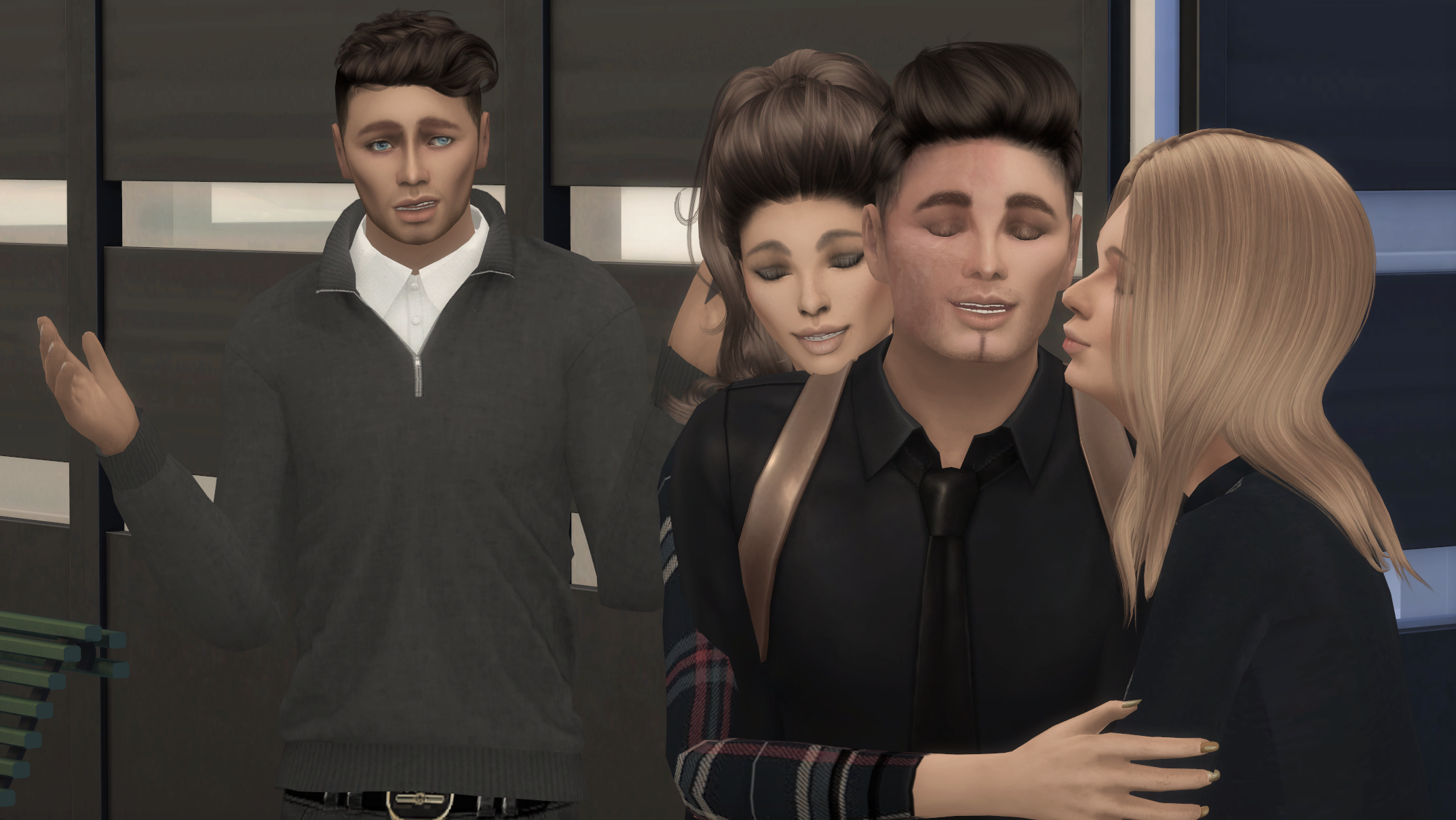 “Hey!? What about your own utterly amazing husband, babe?” Ewan smirked.

“Yeah, you’ll do in a pinch, but gotta tell ya, Ewan, you are no Eric Cameron.” Ava teased back.

“WOW!” Ewan played insulted, but it was all in good humor.

Everybody laughed, especially when Eric put his arm around both girls and started to walk off. 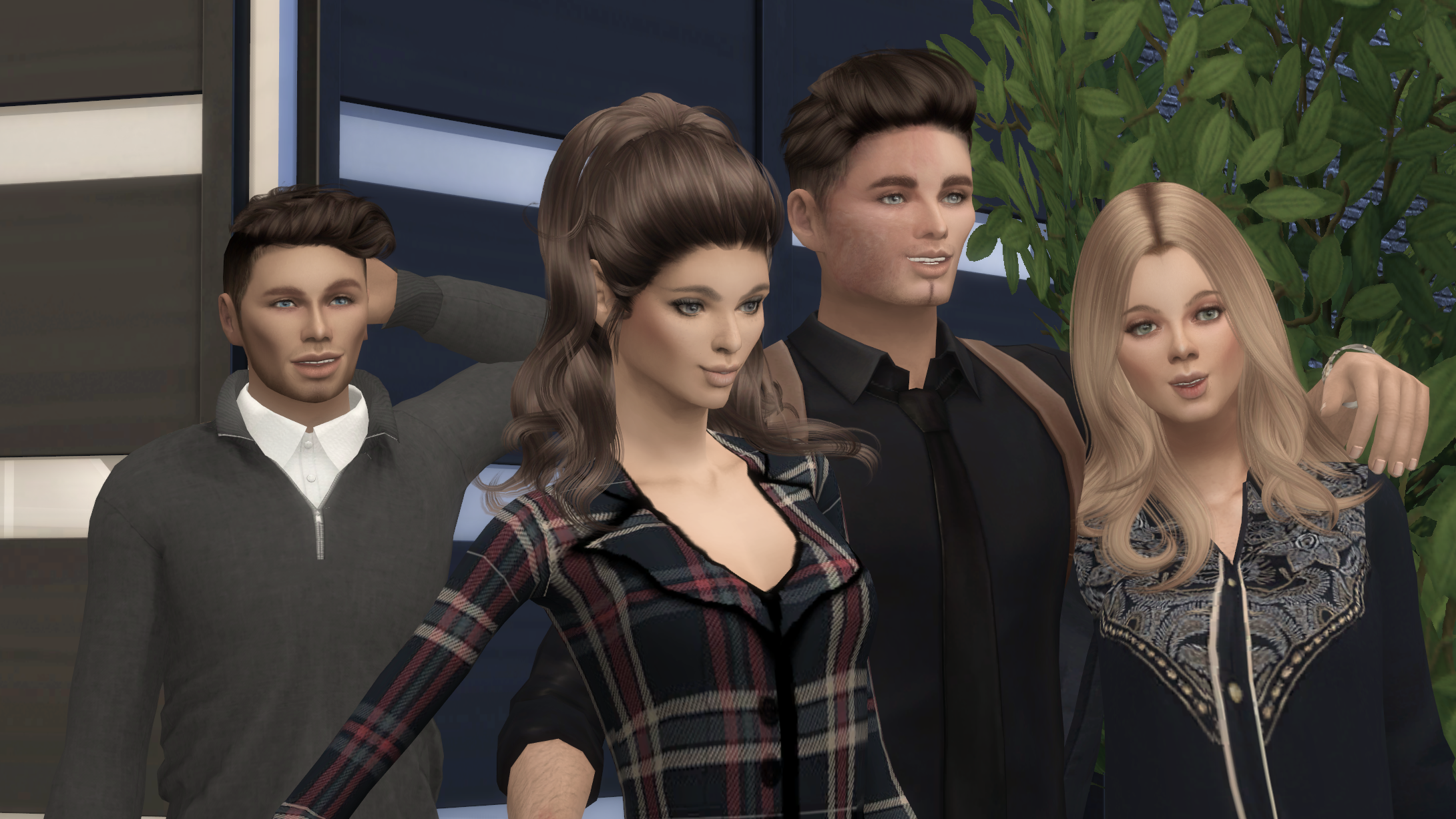 “Well, am I at least good enough to drive the three of you to the bar?” Ewan protested playfully.

“I hope by bar you mean restaurant, I am starving.” Eric called back.

“Sure. I will wine and dine all your ungrateful asses. At least my credit card is still appreciated around here!”

Once they arrived at and had been seated at an upscale restaurant, Ewan proclaimed

“Hey – waiter – anybody working here, bring us your best champagne for the table.” 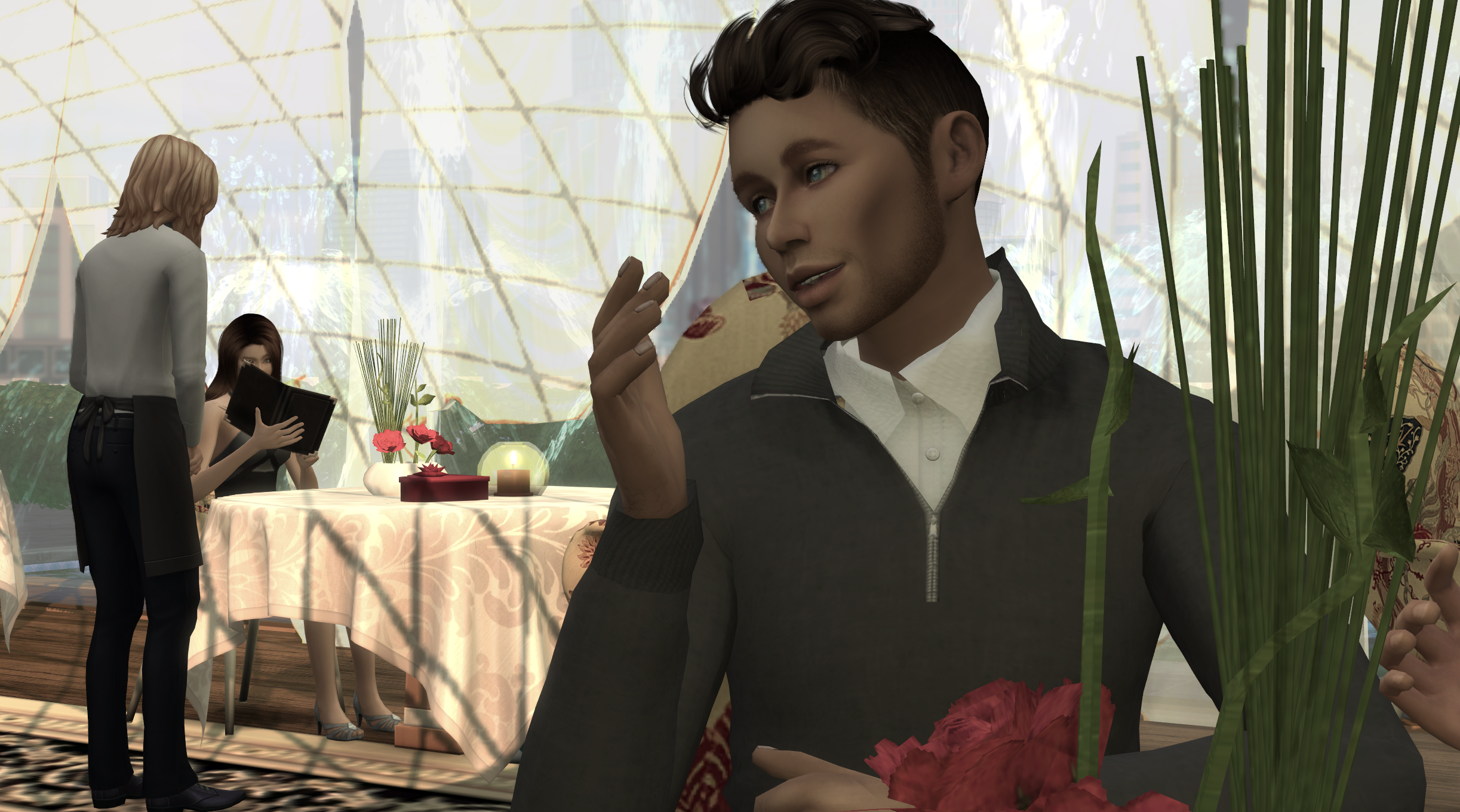 “Ewan, quit being so obnoxious and no booze for me please. Just water will be fine.” Ava dampered her husband’s overflowing excitement.

“We ARE celebrating, Ewan.” Ava smiled.

“Oh my goodness Ava! Does that mean what I think it means?” Charlee squealed excited, while Ava nodded at her. 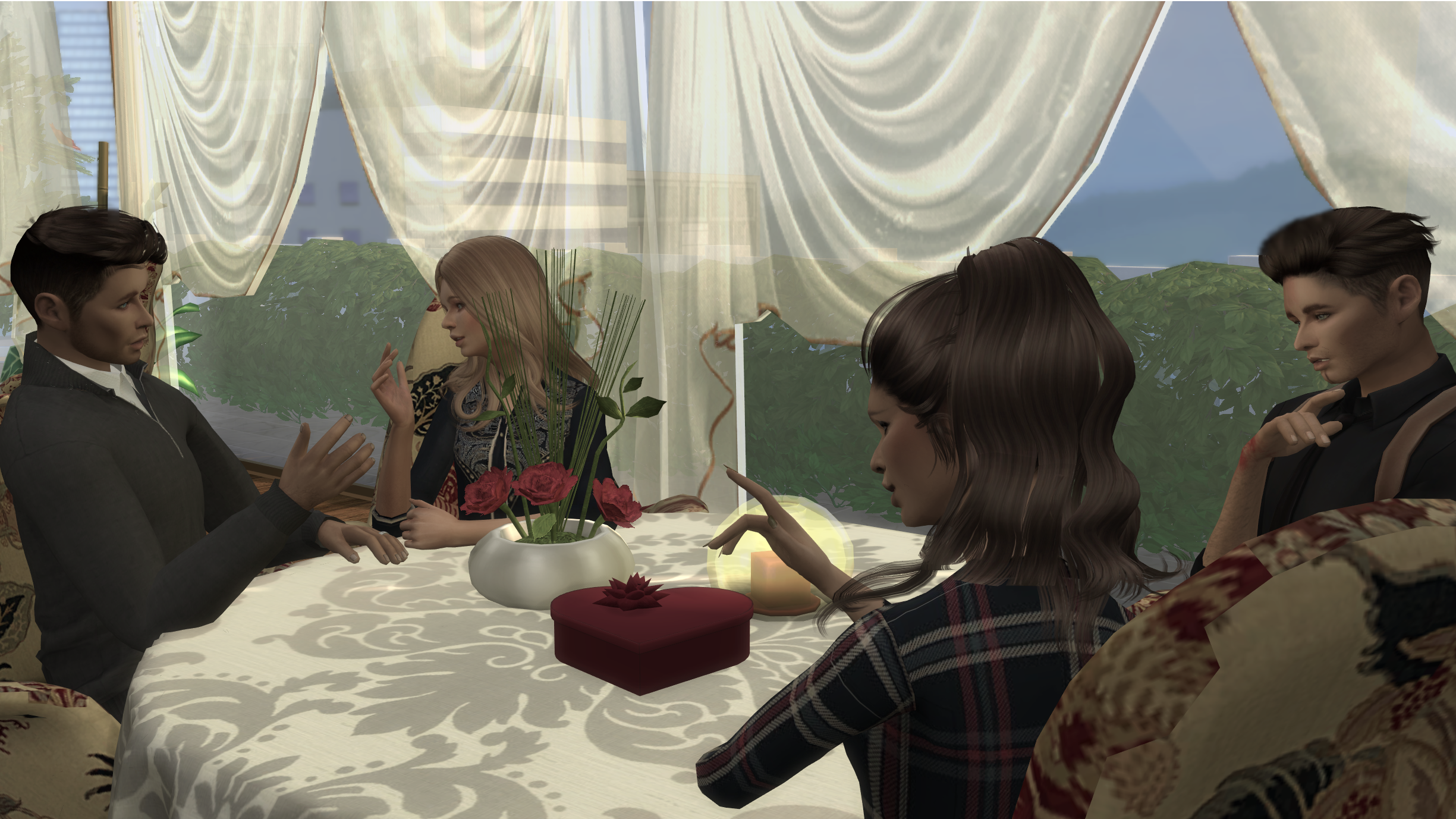 “Ewan, sweetheart, think. Happy news. Why would Ava not want to celebrate with tasty champagne, but drink water instead?” Charlee told him gently.

“NO!” Ewan’s face lit up as it dawned on him, he looked at his wife.

Ewan jumped up and pulled Ava into his arms, twirling her around, before the other two got a chance to embrace and congratulate her. 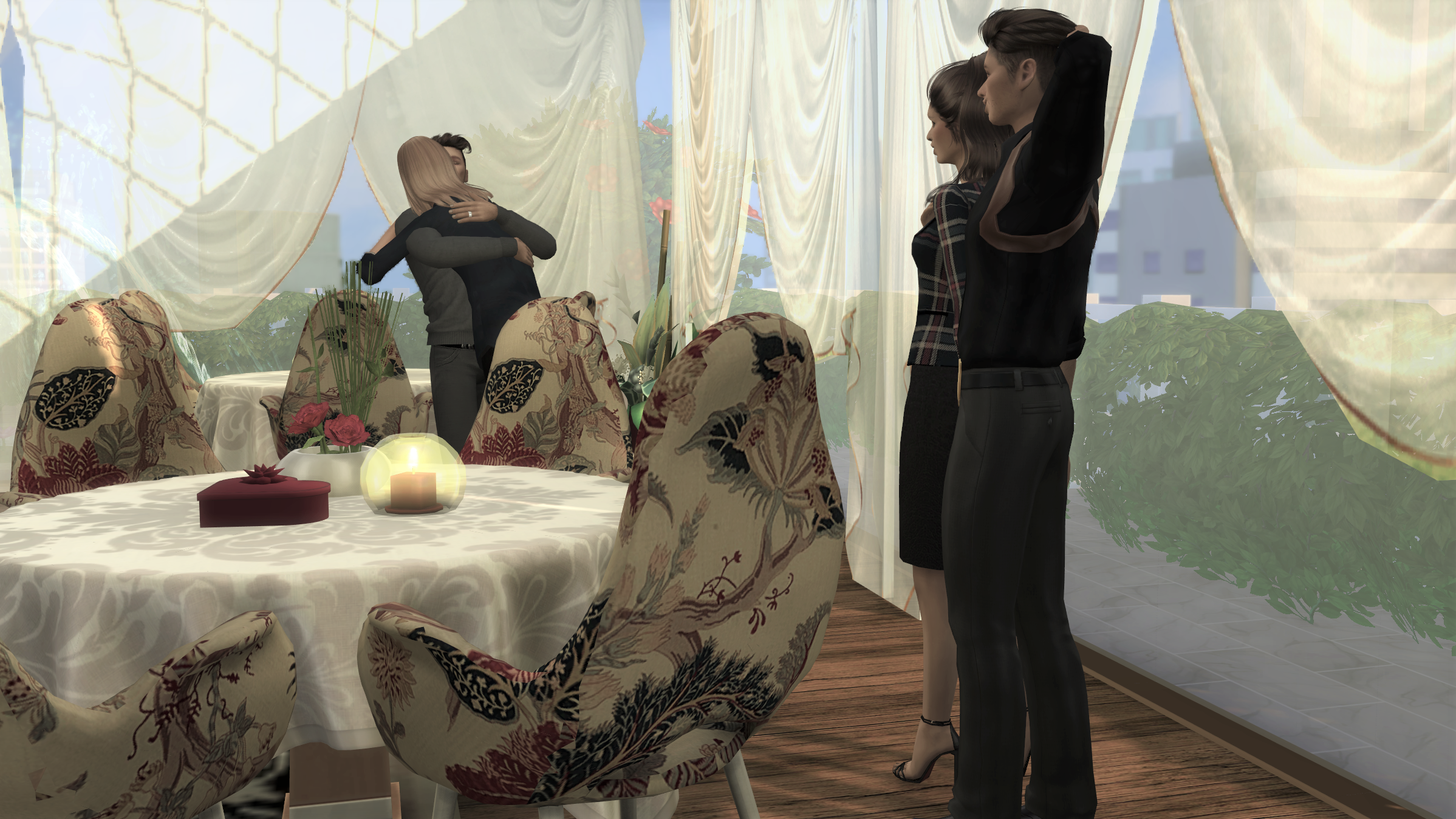 “I didn’t want to steal Hannah’s thunder, but I thought now wouldn’t be too bad a time.”

“I told you once was all I needed! I told you I am like a sharpshooter. Once! I did that with one contraception-free try to make a baby …. ONCE. One time she let he have without birth control! One time! Every shot a winner over here! Yeah, baby!” Ewan gloated. 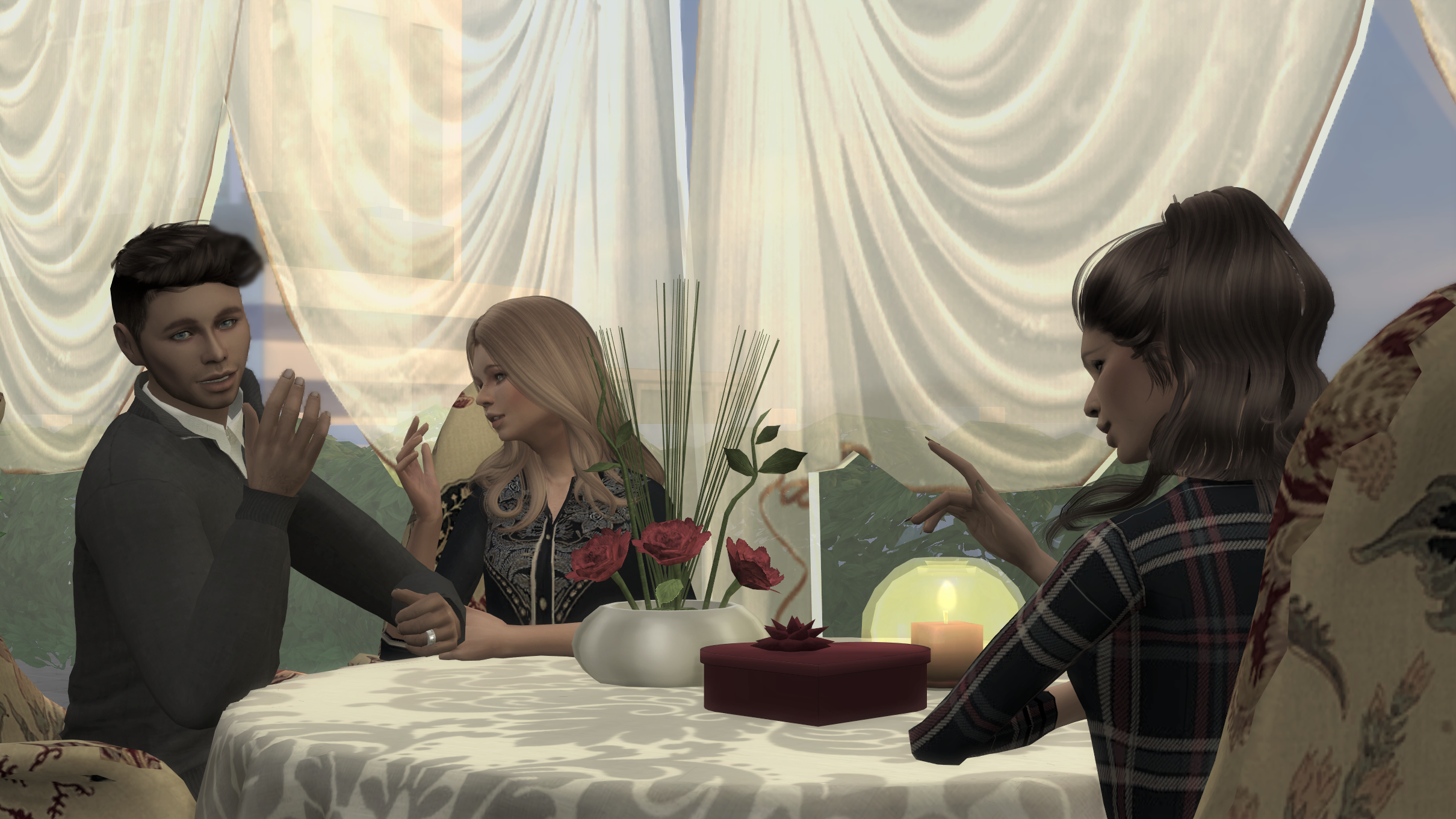 “Ewan … just chill out dude! We are happy for ya, so is the entire restaurant and the people in the vicinity of the building. Now keep it down already, I don’t want to have to arrest you, man.” Eric growled.

“Fine. I’ll keep all my feelings bottled up inside, it may hurt me, but won’t break me …”

“How can you stand this all the time?” Eric asked Ava.

“Oh, I don’t even hear it anymore most of the time. Tone-deaf to the whiny abused pretty boy routine. With all the time we spend together if I could still not resist him trying to get his way, we would probably have about a dozen babies by now.” Ava giggled. 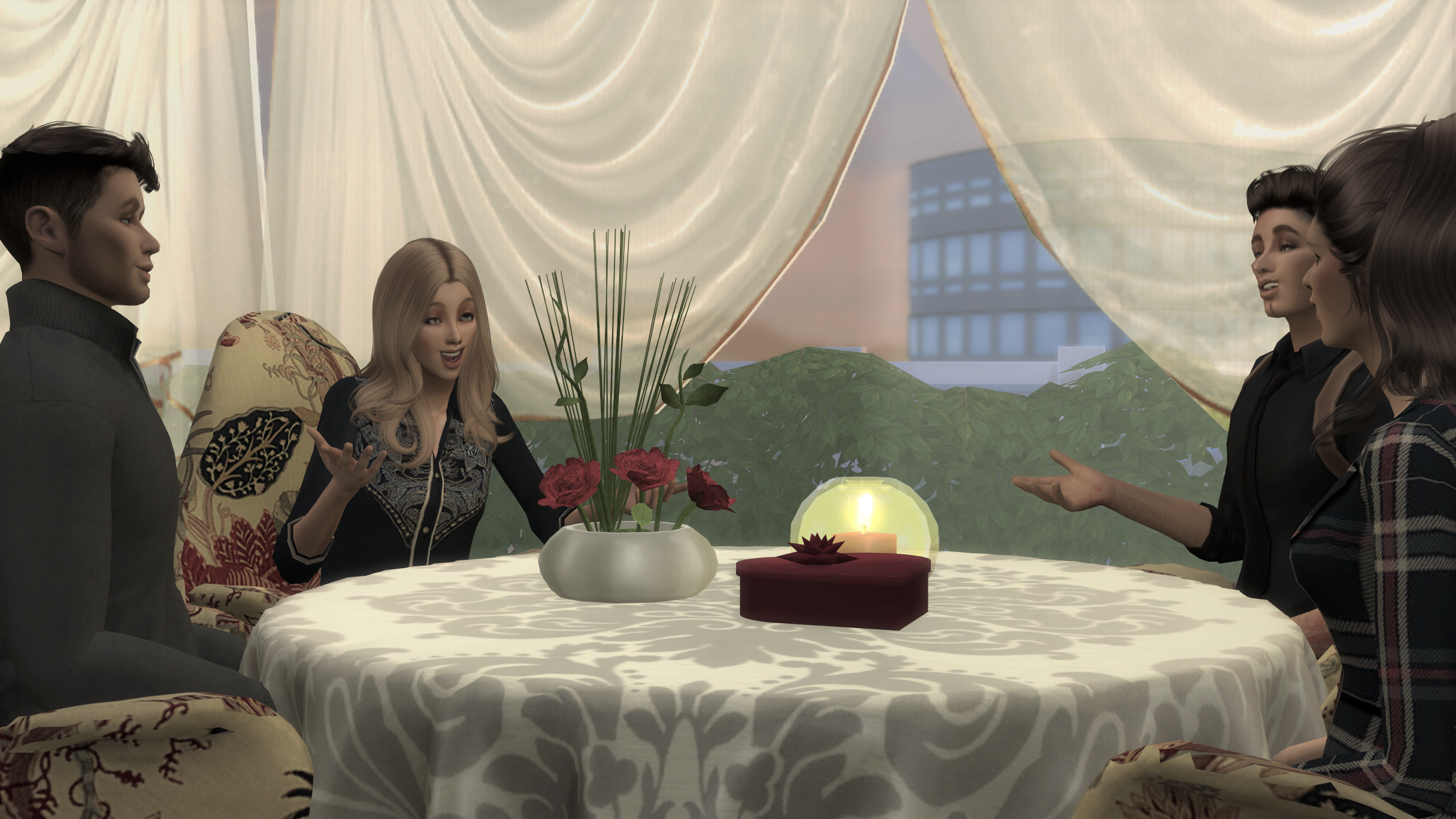 “So, what’s wrong with that. We can afford it and we got the genes that should be passed on! Eat your hearts out, everybody, because I make great babies. And this one won’t be the last. And I request Eric to be in the delivery room with me for all my future children.”

“Would either of you ladies object if I used my taser on him?” Eric offered. 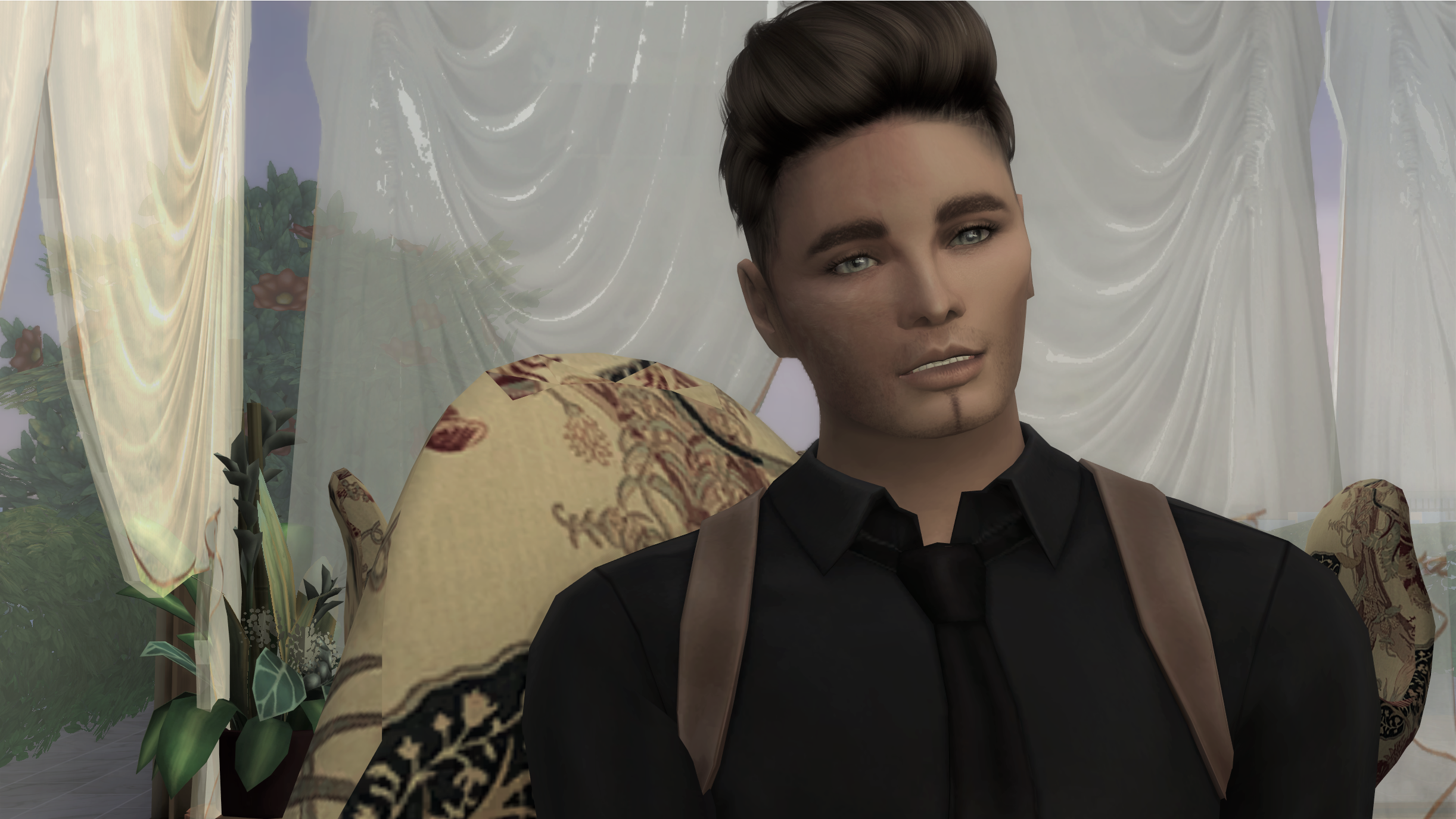 “As long as you don’t spill the wine, no.” Charlotte winked at Eric, smiling.

“Wow, I thought you were the good one, always the lady, Charlotte Cameron, you appall me. Being married to Mr. Cranky-Pants has ruined you.” Ewan joked. 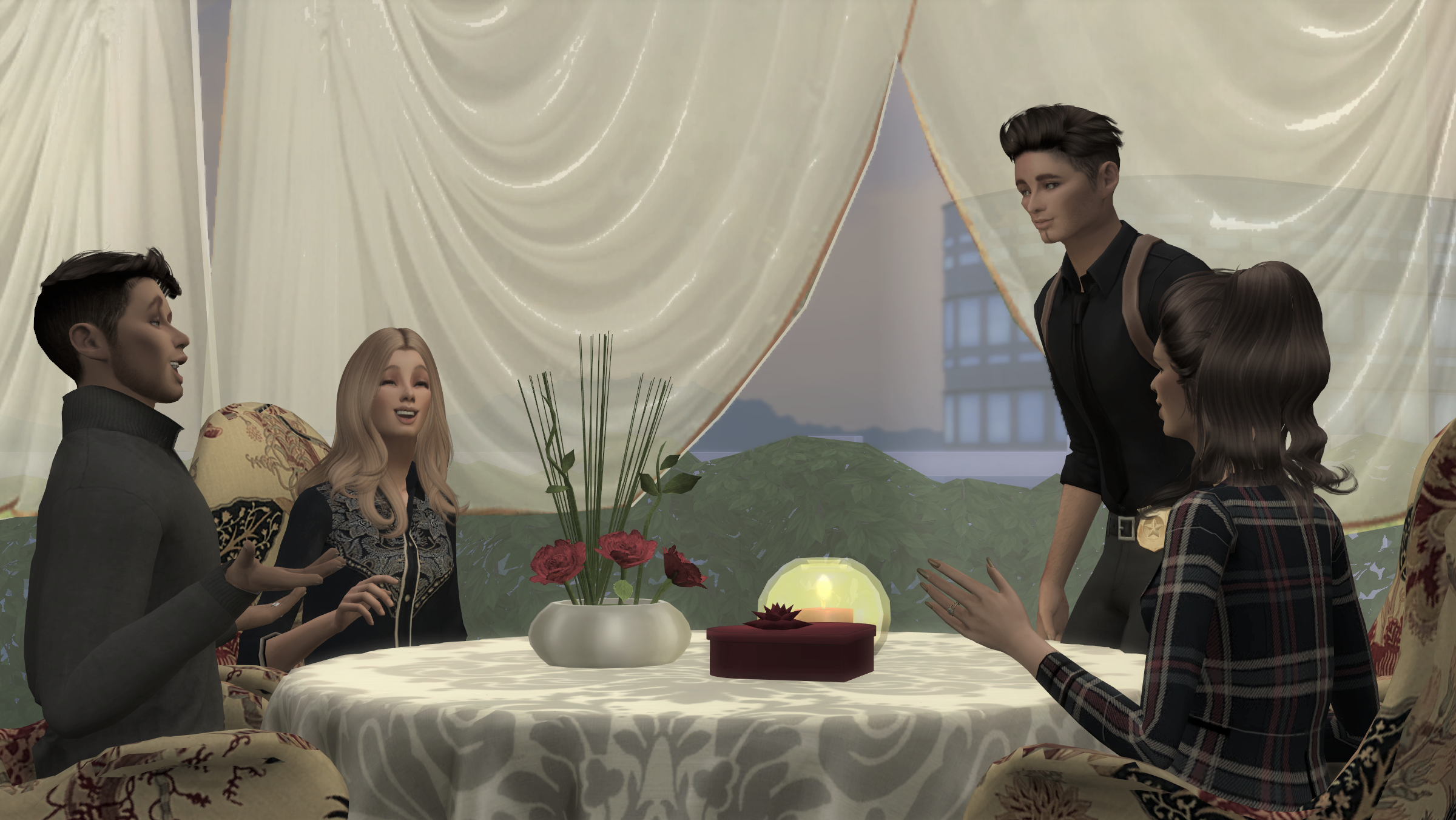 “My wonderful amazing husband here just did the one thing he swore to me he would never ever do again, which mortifies him worse than death itself. All for the sake of poor, scared Hannah and that poor Sven. He is a hero if I have ever seen one! If he wants to taser you right now, Ewan, I say have at it and tell you to take it like a man, sweetie.” Charlotte told Ewan smiling. 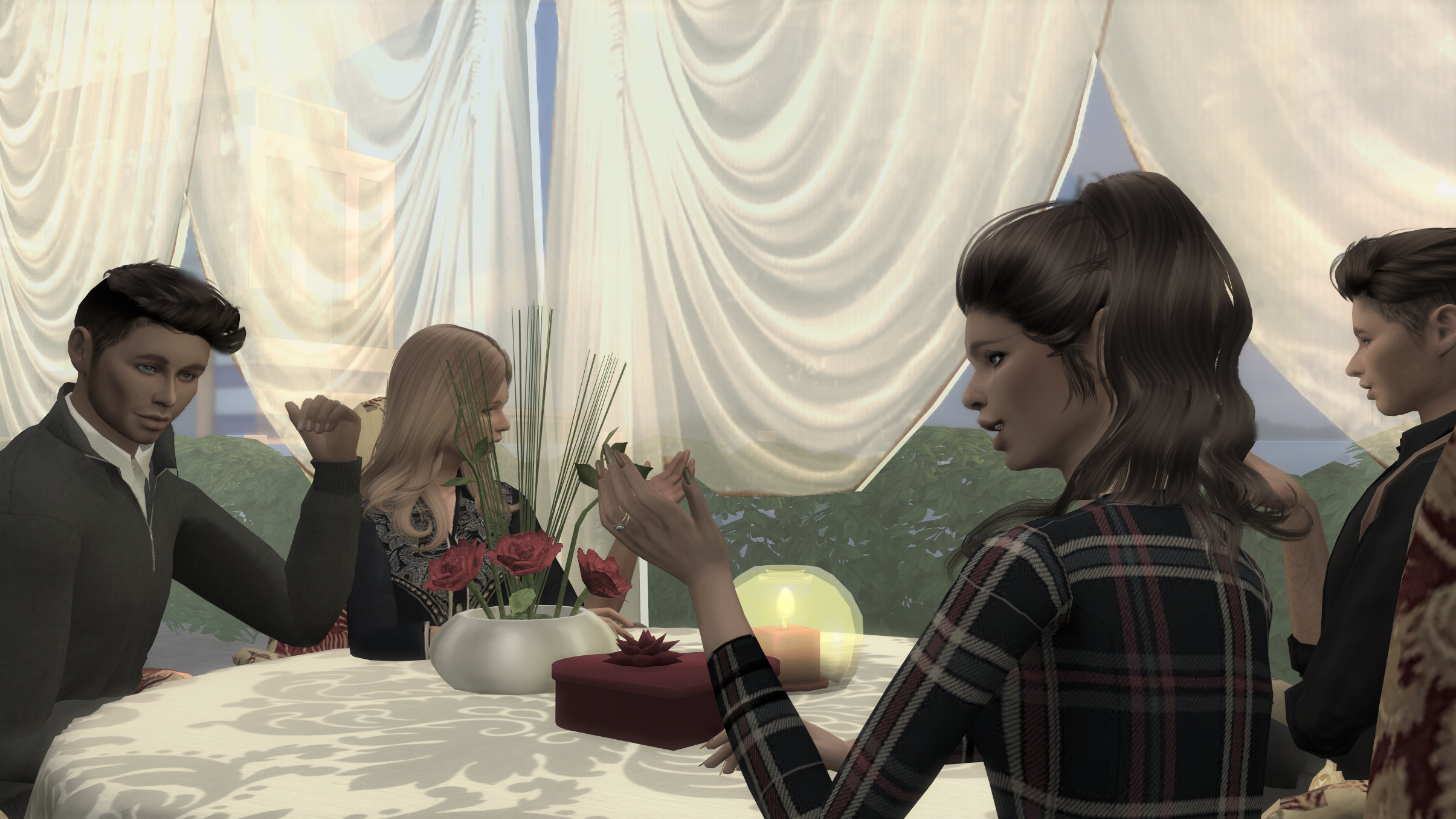 “Normally I would offer to shield you, babe, but you know, I am over here busy growing your genetically superior child, sooo … yeah, I second Charlee on the take one for the team thing. Love ya.” Ava joined into the joke. 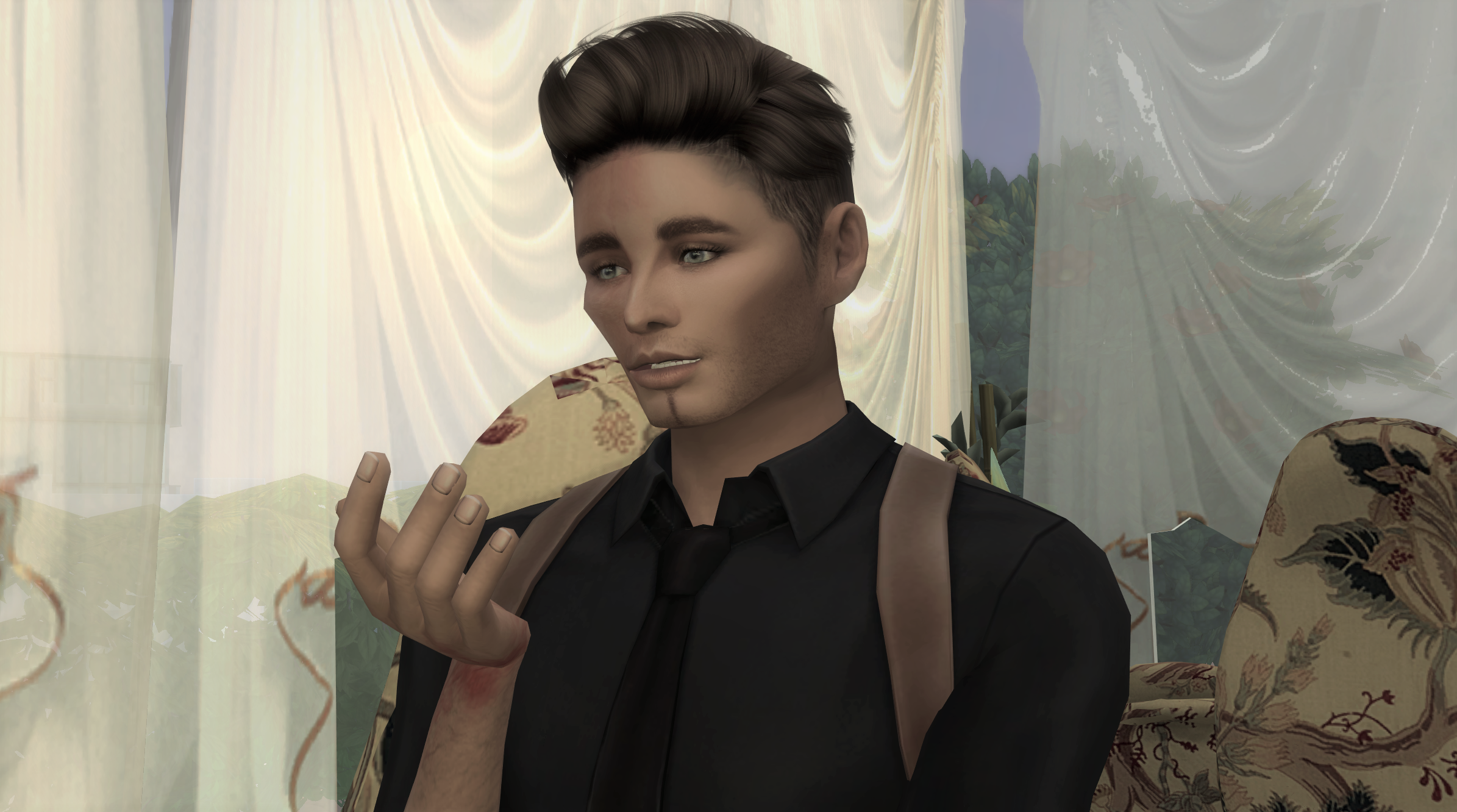 “I just want some food.” was Eric’s dry comment, making them all burst into laughter.