Hannah looked up at Sven who was quietly closing the door to Blakely’s room.

“The princess is finally asleep, put up a good fight but reading ‘Good Night Nightlight’ to her still does the trick.”

“Thanks for helping out.”

“Anytime. How was your uncle’s funeral? You doing okay?” 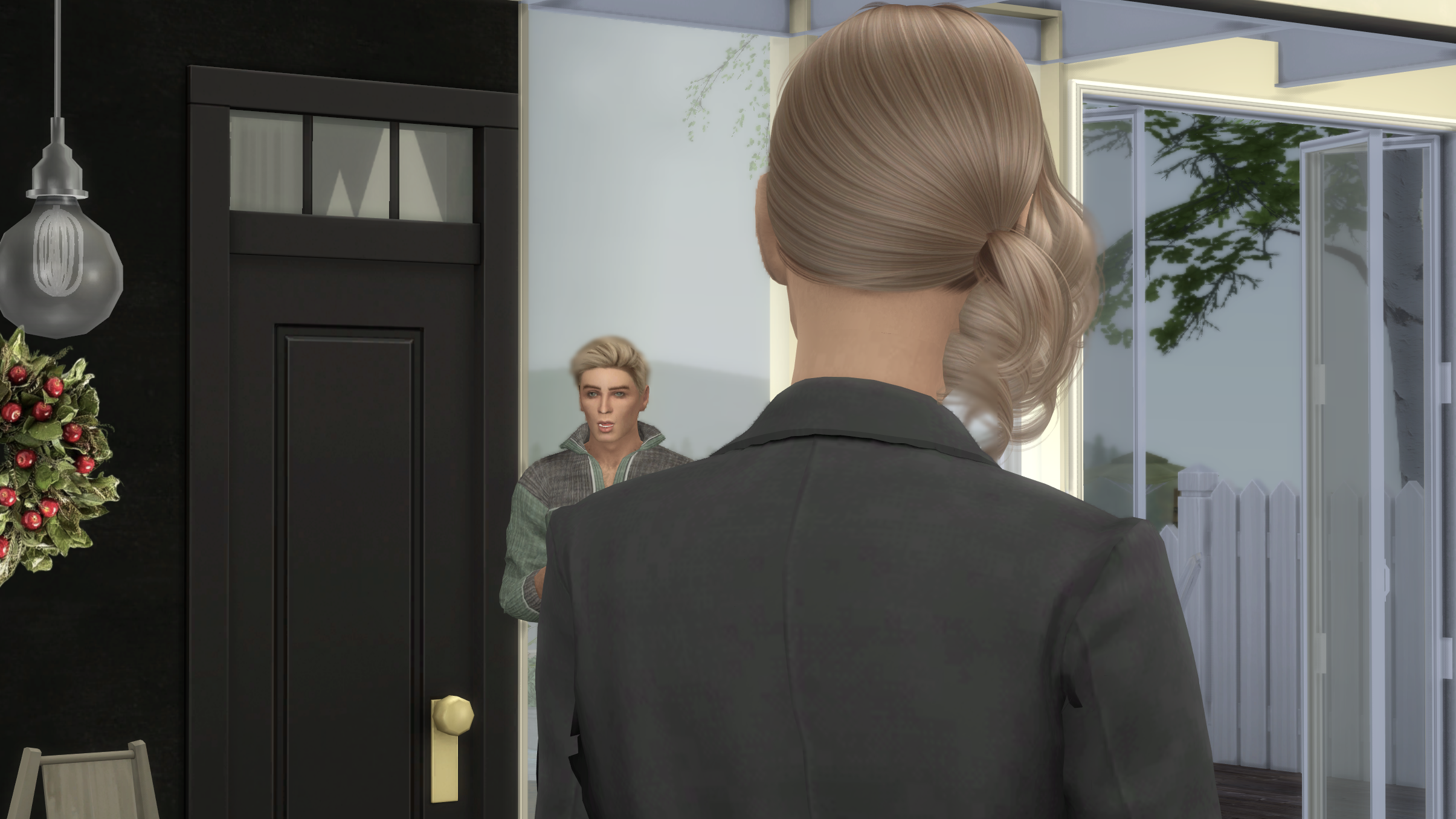 “Well, it was a funeral of a loved one – so doing okay is relative right now. Poor Ewan. He is a mess. Just like Lucas and Veronica. Lucas had to leave half way through their father’s funeral because his wife went into labor and Briar Rose and her family never made it, got stuck at the airport in Sulani due to a tropical storm. A disaster. I still cannot believe uncle Eli is gone. And so close after auntie Meagan.” Hannah fought to keep the upper hand over new tears wanting to flow.

“Want me to stay?” Sven offered. 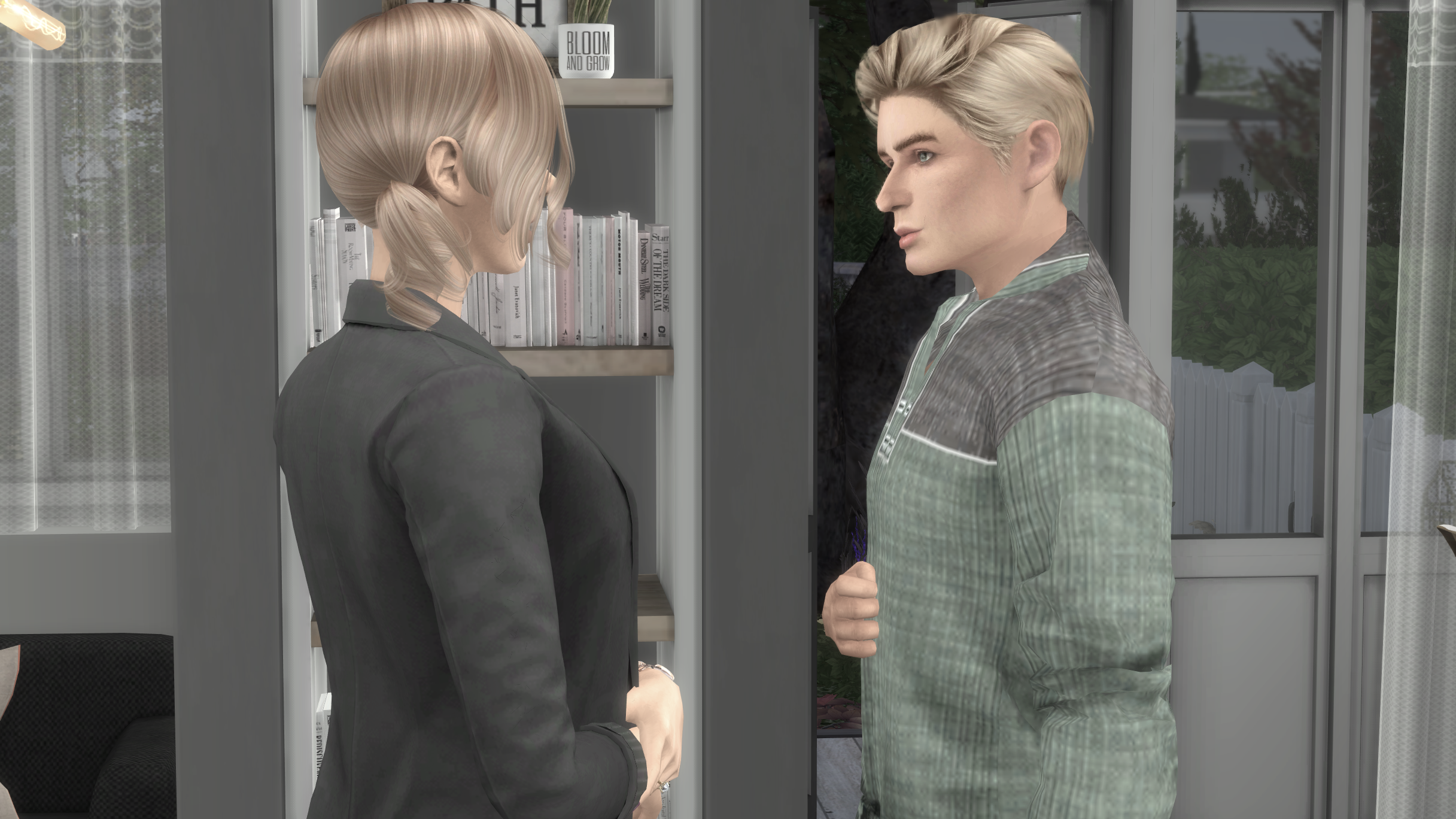 “Would you mind? Remember that movie you took me to on our first official date? It’s on TV tonight. Wanna watch it together? I could really use a laugh – and a friend.”

“Absolutely. We laughed so hard when we saw it, we missed most of it and almost got kicked out of the theater!” Sven reminisced.

Hannah grabbed the wine and two glasses, Sven opened the bottle and they sat down.

Half way through the second bottle of Bordeaux and at the end of the movie, Hannah got emotional, Sven looked at her, then gently took her hand into his and squeezed it as if saying ‘you’re not alone’. 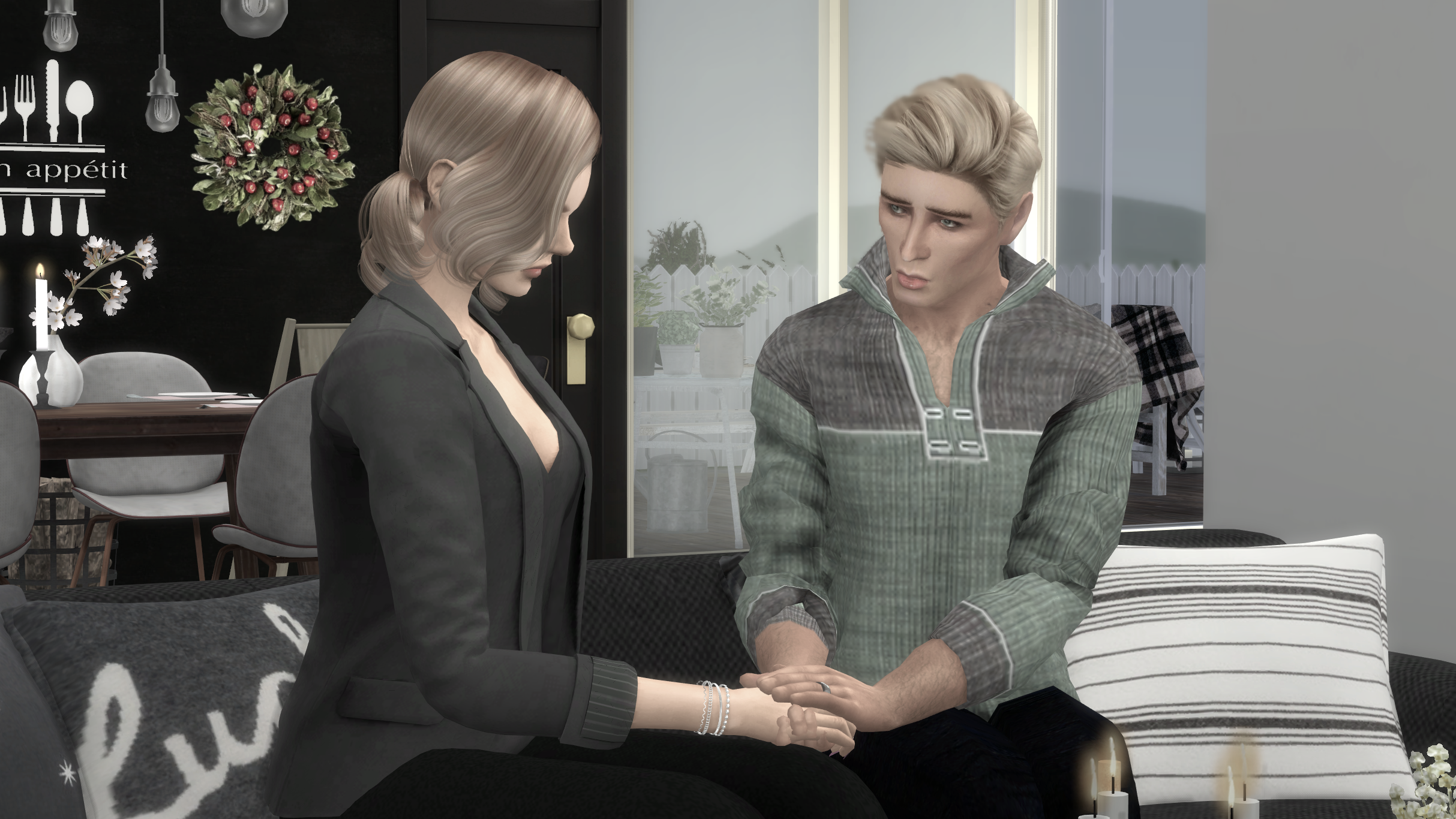 That did it. She simultaneously started crying and threw herself into Sven’s arms, who gently comforted her.

“Hey … heyyyy …. just let it out. Loss of a loved one is an emotional roller-coaster for everyone.”

The next things happened without them realizing it and neither stopped it.

Someone kissed someone, the other responded in kind, Hannah was in Sven’s lap. 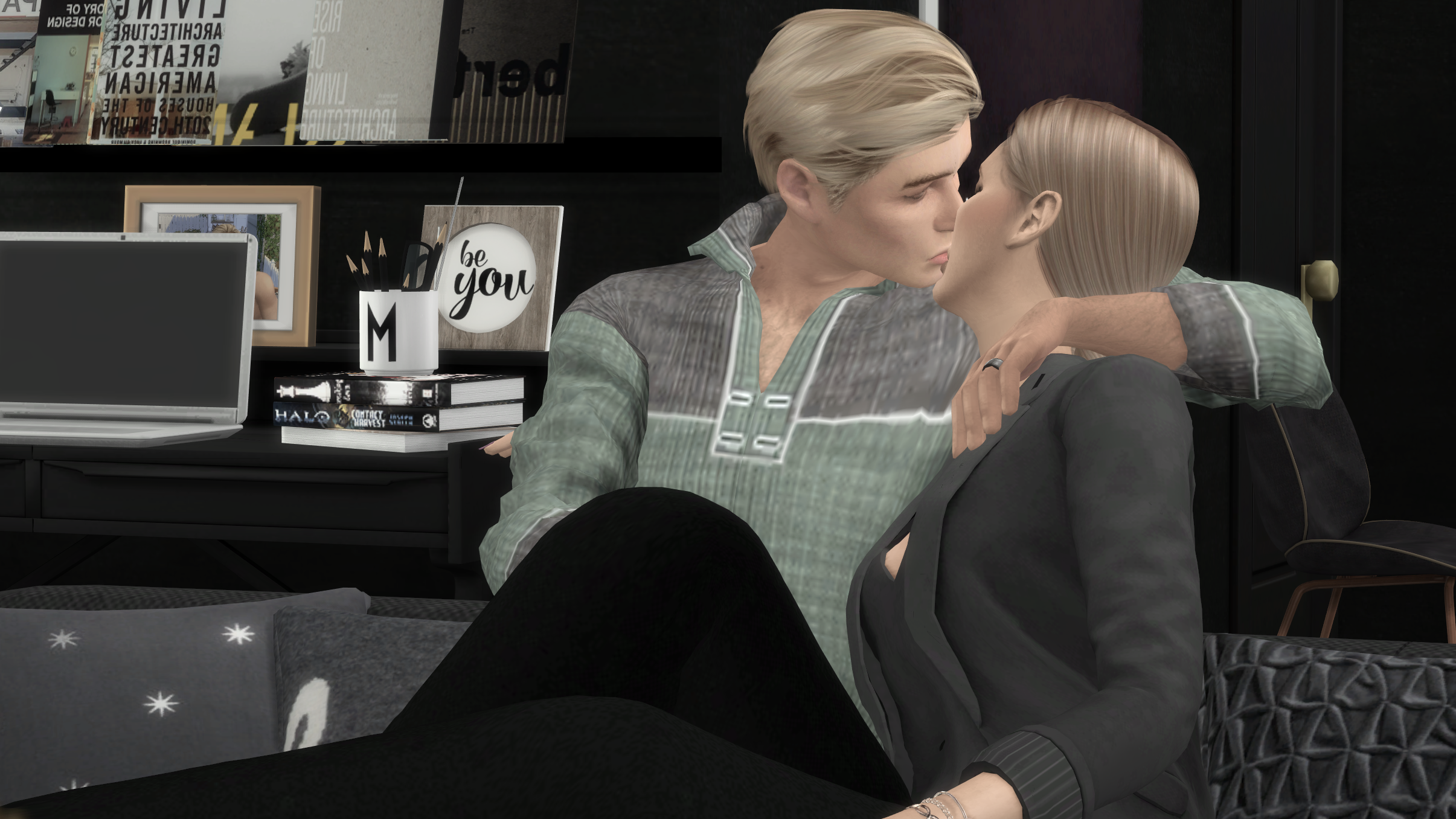 “I still owe you for that bet. Come.” she climbed off of Sven and went to the stairs.

“Come!” she told him while running upstairs.

She didn’t have to tell him a third time. He had wanted to be the bigger man, not take advantage, but he couldn’t resist, jumped up and ran up the stairs. Upon entering the bedroom – the one they used to share, the one that used to be his bedroom too – he found Hannah in just her lingerie, beckoning him to come closer with her index finger. 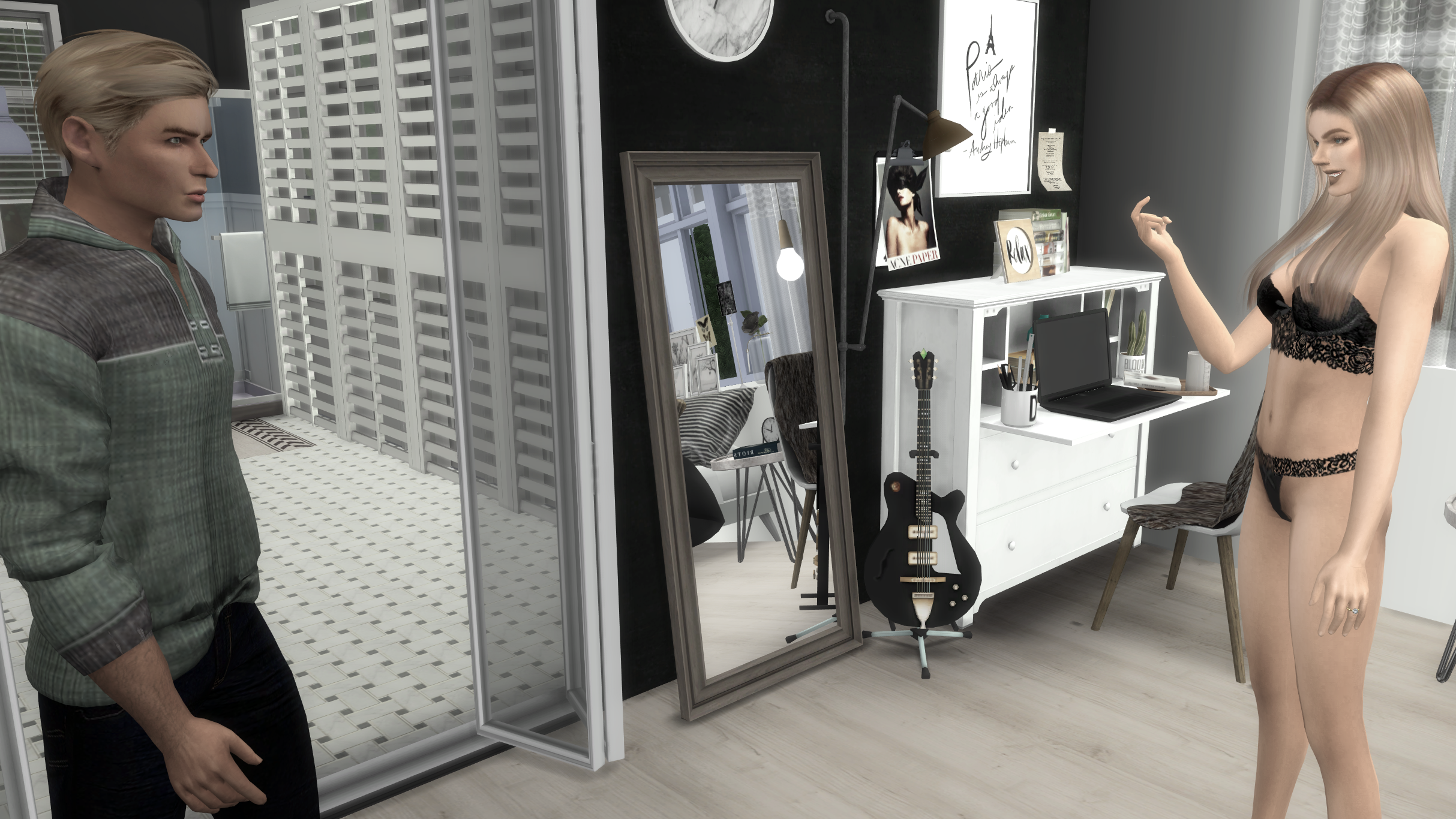 That was the moment even the last ounce of morals went out the window. He wanted her, she wanted him and this was going to happen. His shirt came off, carelessly tossed aside as he approached her.

And it did happen.

Awoken by the sunlight tickling his nose, but no Hannah next to him, Sven rose up to use the restroom, then took a shower with a strange mixture of intimate familiarity and hesitant discomfort. When he got dressed he halted before slipping on his shirt, grinning to himself. Hannah had never been able to resist his ripped upper body. On the off chance this might get him a repeat of last night’s actions he decided to forgo it for now, then made his way downstairs, quietly whistling. 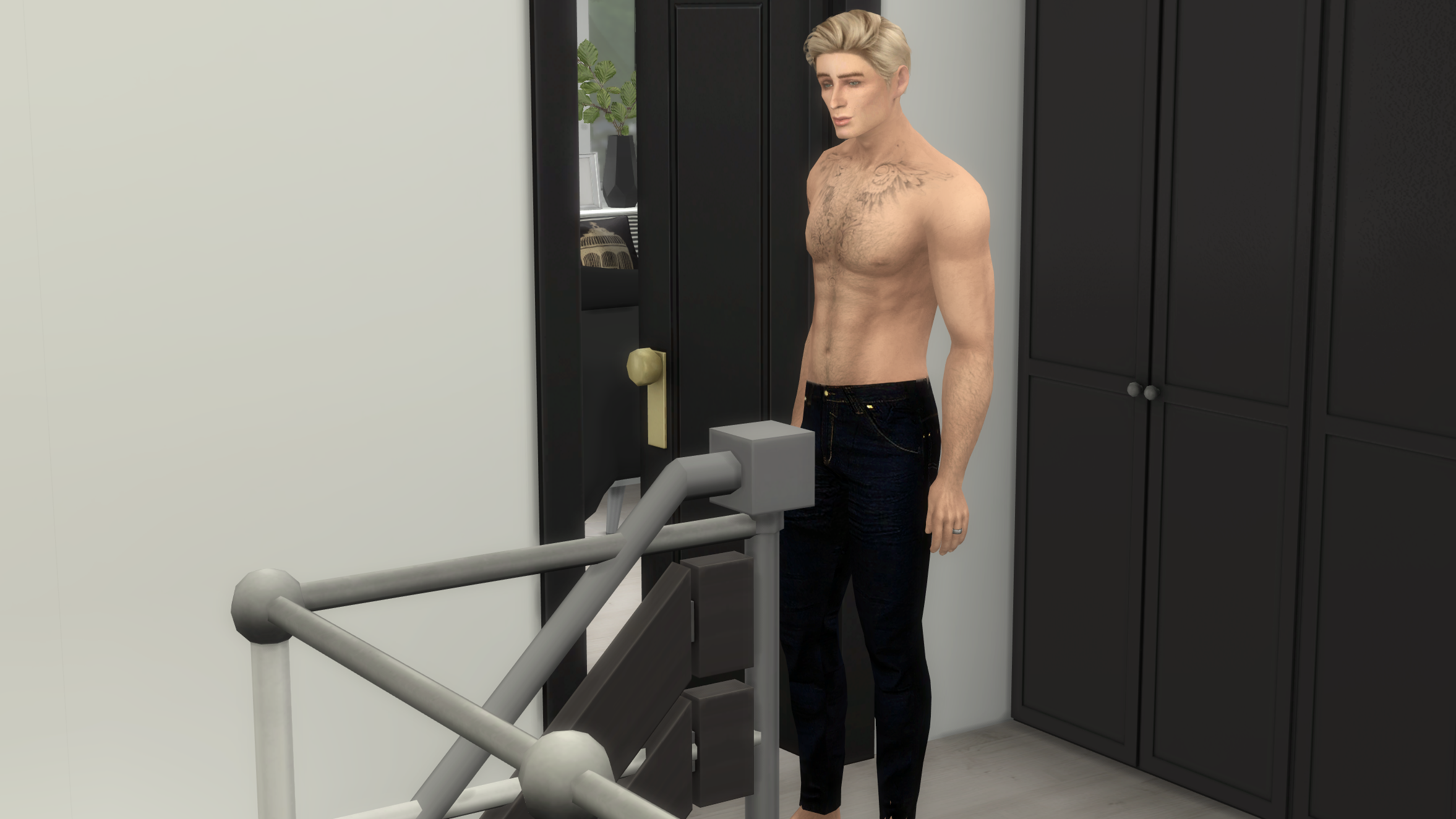 “Morning Hannah, hope you don’t mind that I took a quick shower …” he said coming down the stairs when he smelled the enticing scents promising a nice breakfast and fresh coffee but stopped talking and halted in his way as if he had run into a wall when he saw Dylan.

“You took the words right out of my mouth. Hannah?” Dylan demanded, his tone firm, yet calm, his eyes telling the tale of his bottled up anger. 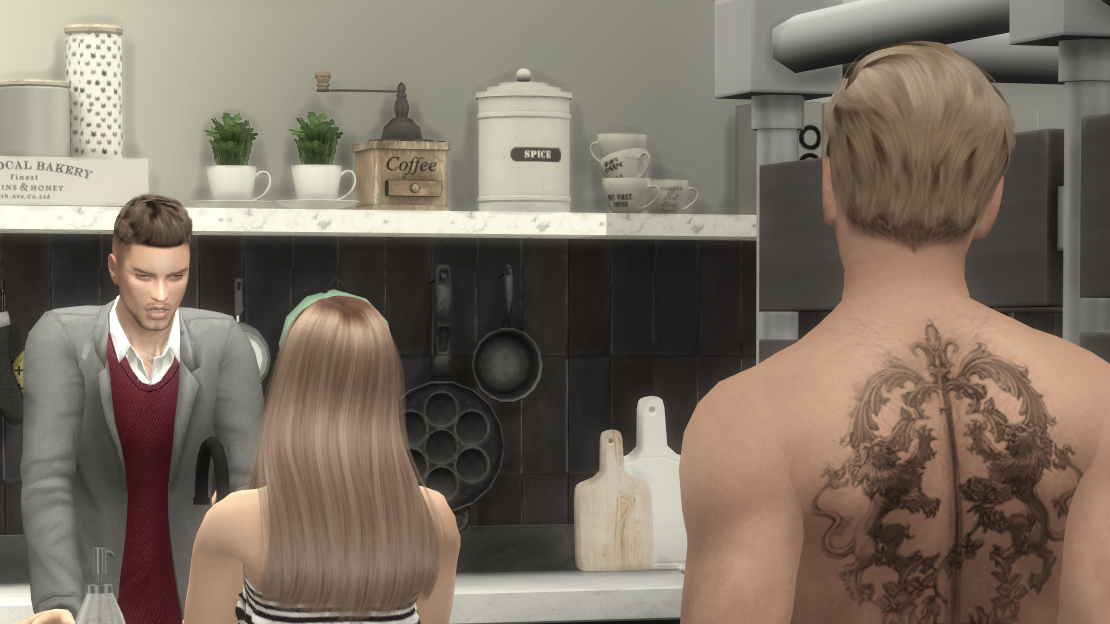 “He was kind enough to come out and watch Blakely last night when my sitter cancelled just an hour before I had to leave for my uncle’s funeral. My entire family went, so I had nobody else I could ask at the last minute. Later Blakely didn’t want to go to sleep and it got late, so I offered him to stay over.” Hannah explained, straddling the truth by omitting some facts.

“Does he always watch her shirt- and shoe-less these days?” Dylan growled. 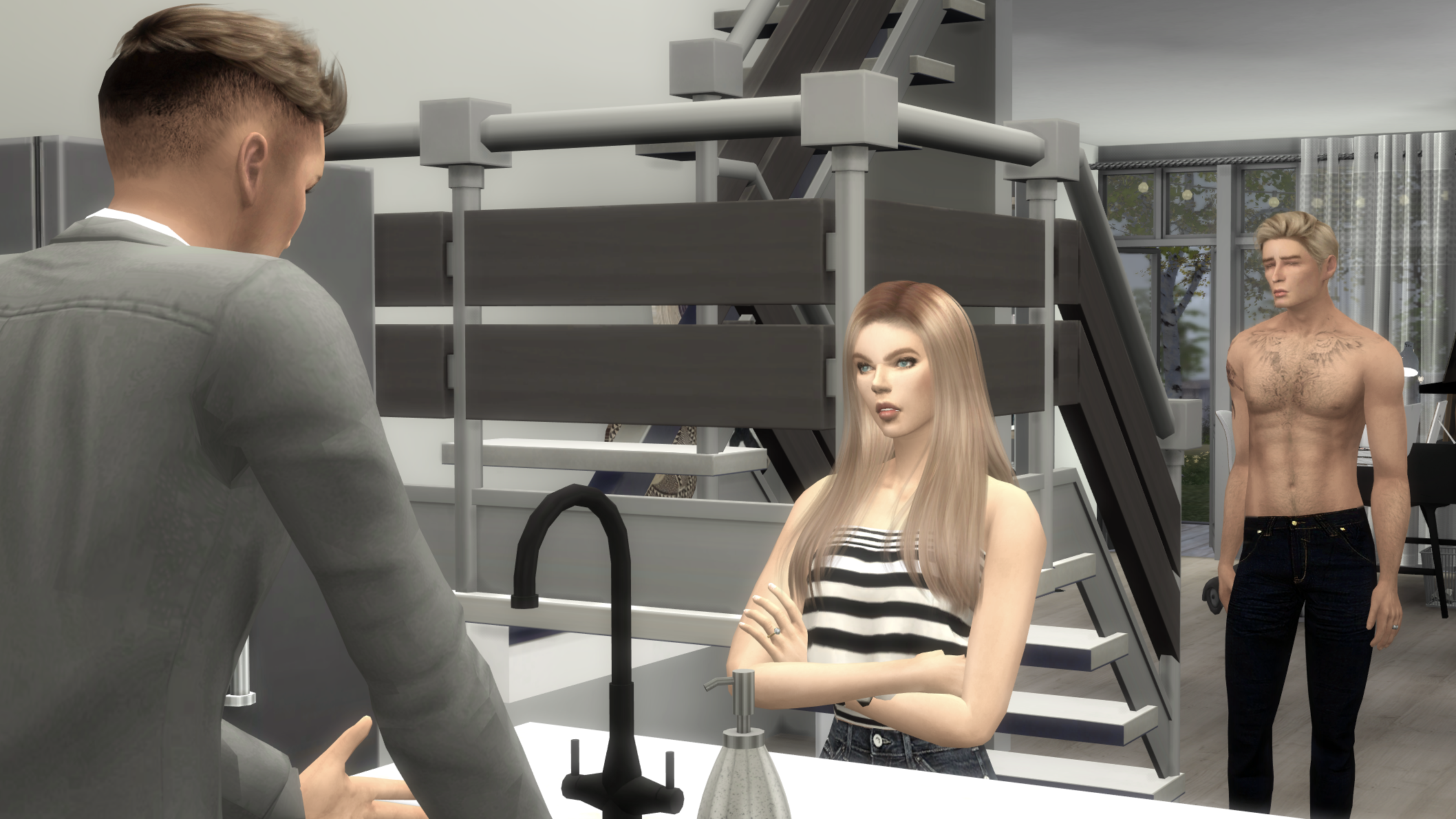 “Oh, oops, totally forgot to put that on. I better go do that right now.” Sven said and ran back up the stairs as quickly as he could, realizing with the door handle already in hand that Dylan now see him going into the master bedroom since the second floor was loft-style.
A quick glance back down to the kitchen area showed that Dylan was standing before Hannah now, while both where whispering it was obvious it wasn’t a pleasant conversation. 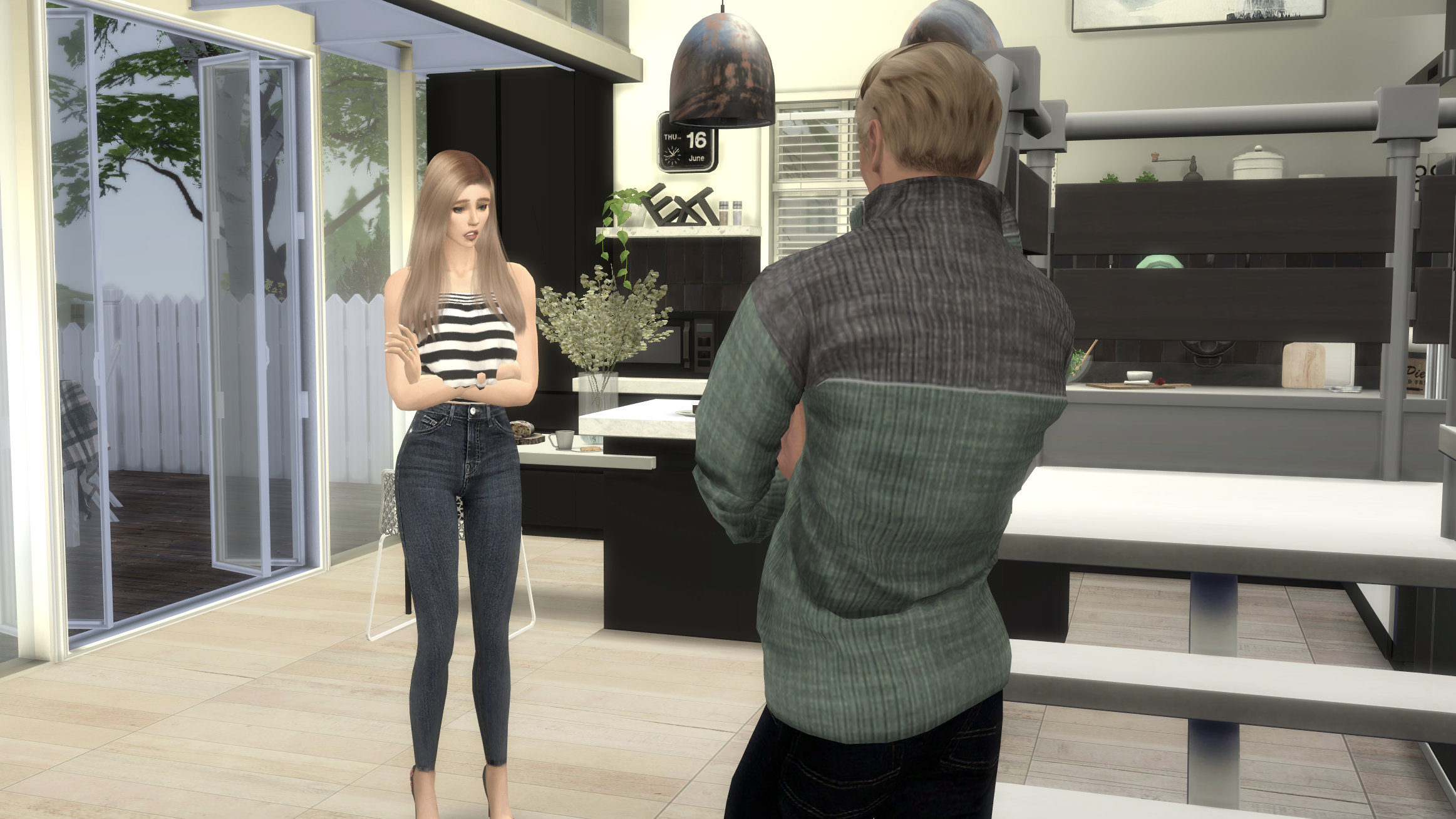 “Would you have? He didn’t come out and say it, but he is very angry with me. Rightfully so. We cannot do this again. What were we thinking?!”

“Okay.” the tone of his words reflected Sven’s lack of enthusiasm. 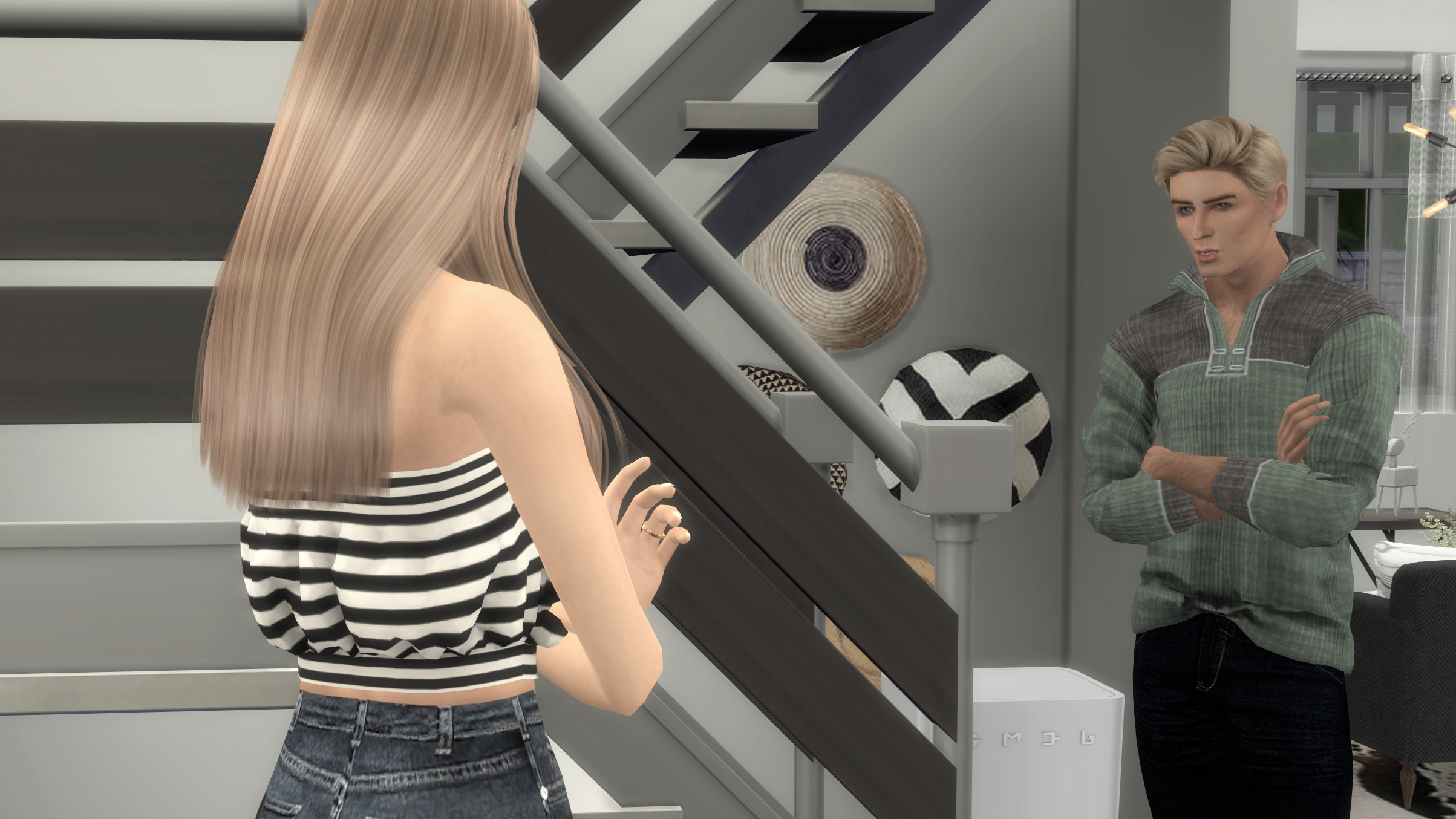 “Sure. I’ll get Blakely up and ready.” Sven said.

A little over two months later Hannah was walking next to Dylan, the facial expressions somber, Sven hung back a little, all of them leaving the medical center. 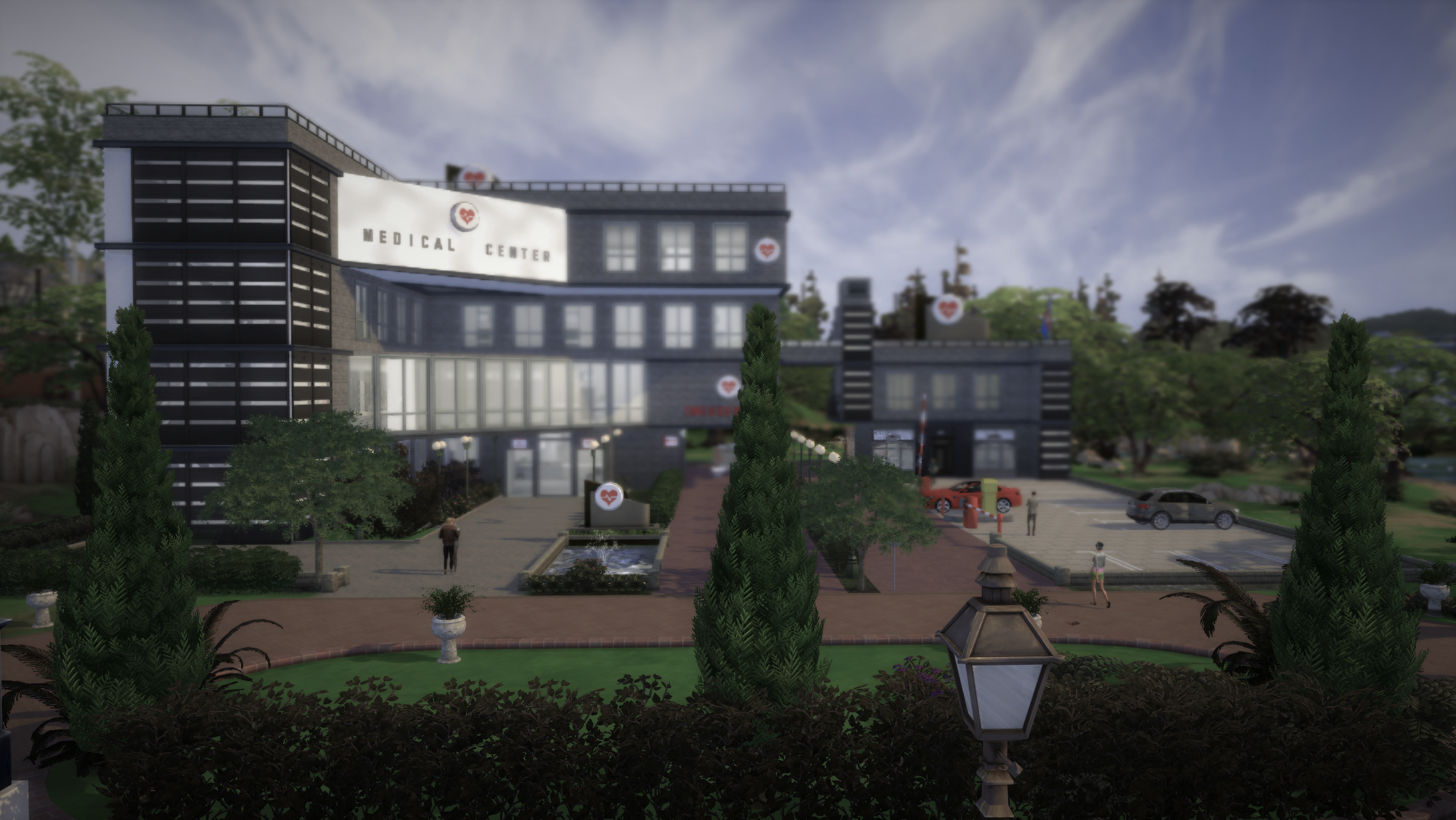 They had all attended an pre-natal in womb paternity test and today received the results. In person, which was this particular hospital’s policy. Hannah was 9 weeks along now and as the test also concluded, with a little boy this time. 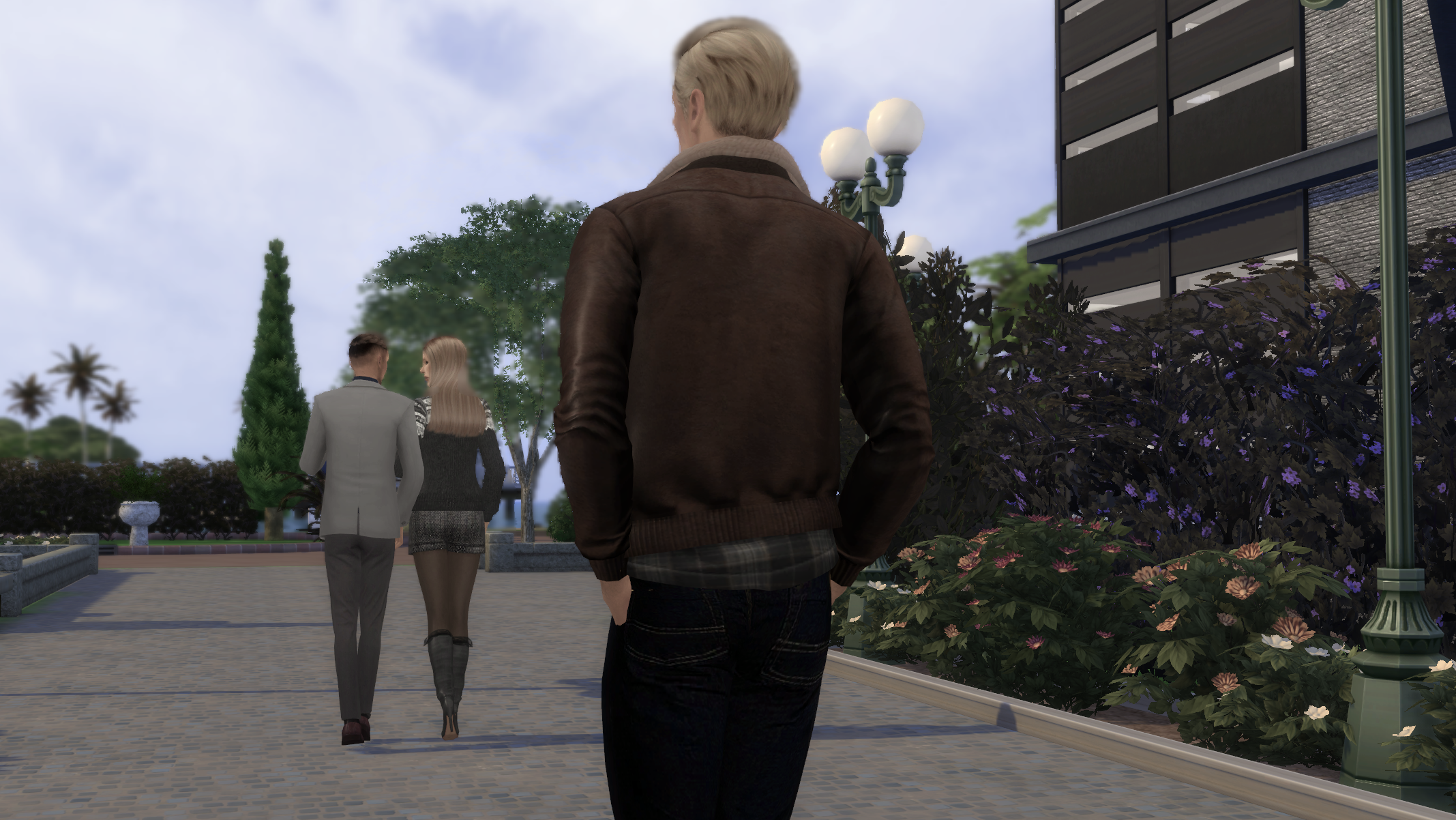 “I am so very sorry about all this Dylan. I never meant for this to happen.” Hannah told Dylan.

“Not as sorry as me. I had a feeling. Hope it all works out for you.” he replied, his tone detached.

“So this is it then?” Hannah asked, but already knew the answer. 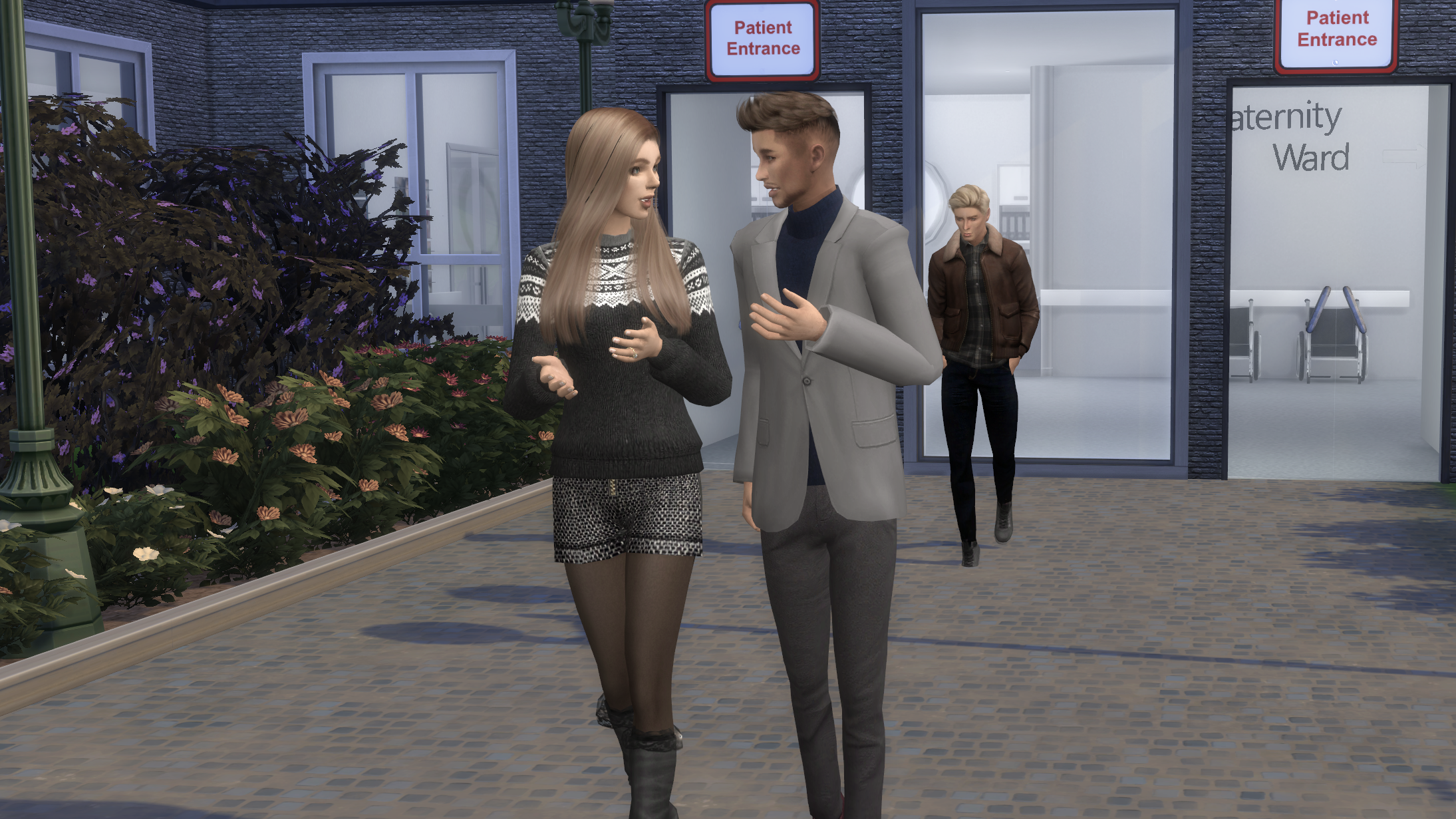 “Yes, Hannah, this is it. Has to be, for my sanity’s sake. I wish you all the best, but this is where I get off. Was quite the ride while it lasted. Too bad it wasn’t longer.”

“Maybe we can remain friends …” she offered.

“No Hannah, I am afraid that won’t work for me. I wish I could say differently, but I know it would be a lie. There have been enough lies already floating around. It’s better this way.” 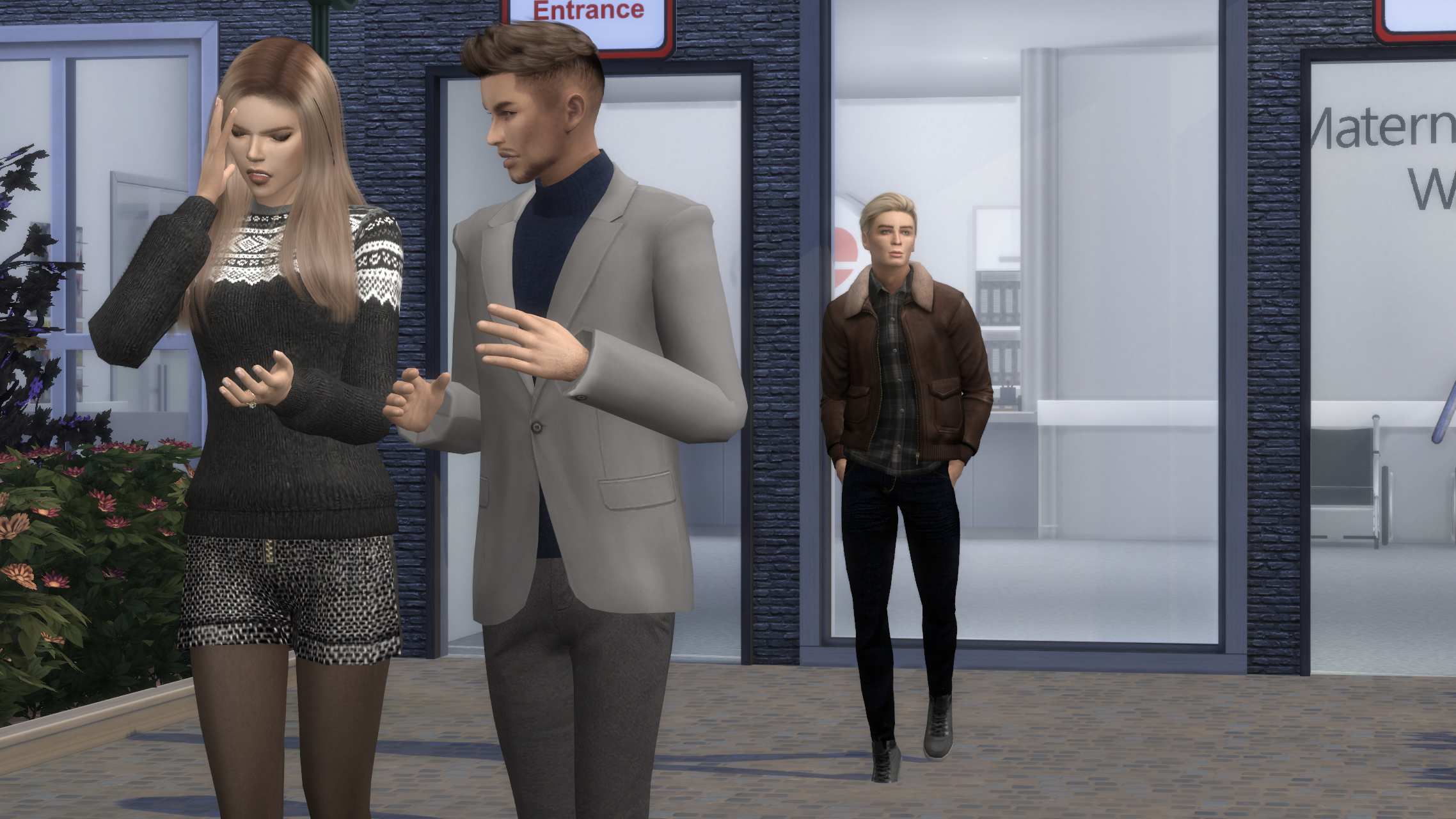 “This is farewell, Hannah.” 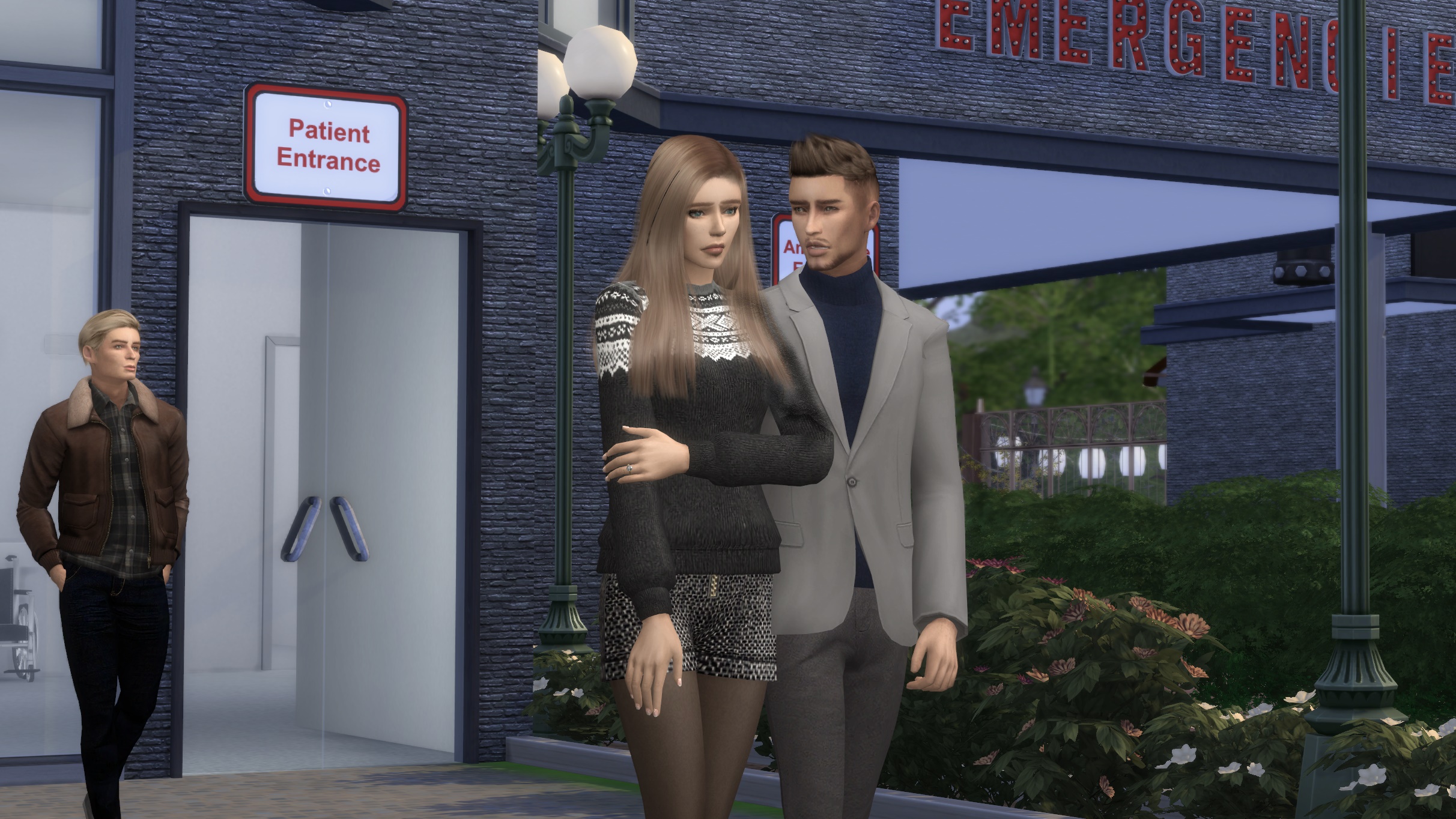 Dylan nodded at her, then quickly walked off, while Sven joined her.

“For someone who just survived one of the most humiliating few hours of her life playing ‘who’s my baby daddy?’ and then was dumped by her boyfriend, yeah, I am okay, all things considered.”

“You gotta appreciate the irony though. We tried for over a year to conceive Blakely and the one time we slept with each other when we weren’t supposed to, you get pregnant.” 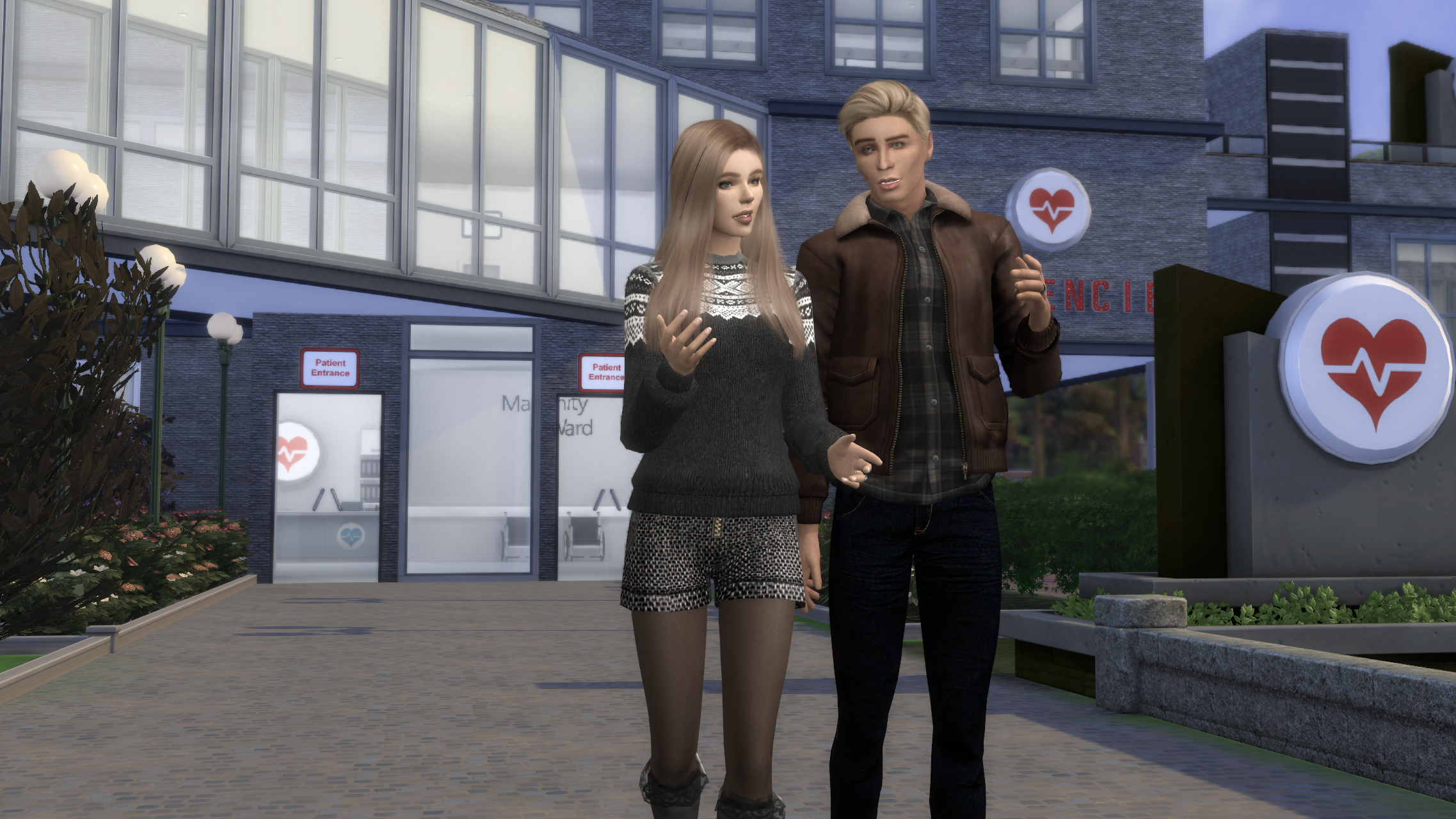 “No kidding. How do you feel about all that?”

“I know I shouldn’t, but I am psyched as heck to be daddy again. Just glad all this happened while you were still Mrs. Johansson and not Dylan’s wife. I do prefer my children to have my last name.”

“Sven, I have known Dylan less than 6 months. Even if he had asked I wouldn’t have married him so quickly. Give me a little credit. I do have to admit when I realized I was knocked up, just saying nothing and passing it off as his had crossed my mind. Sounded a lot more enticing than telling everyone I am a slut.” 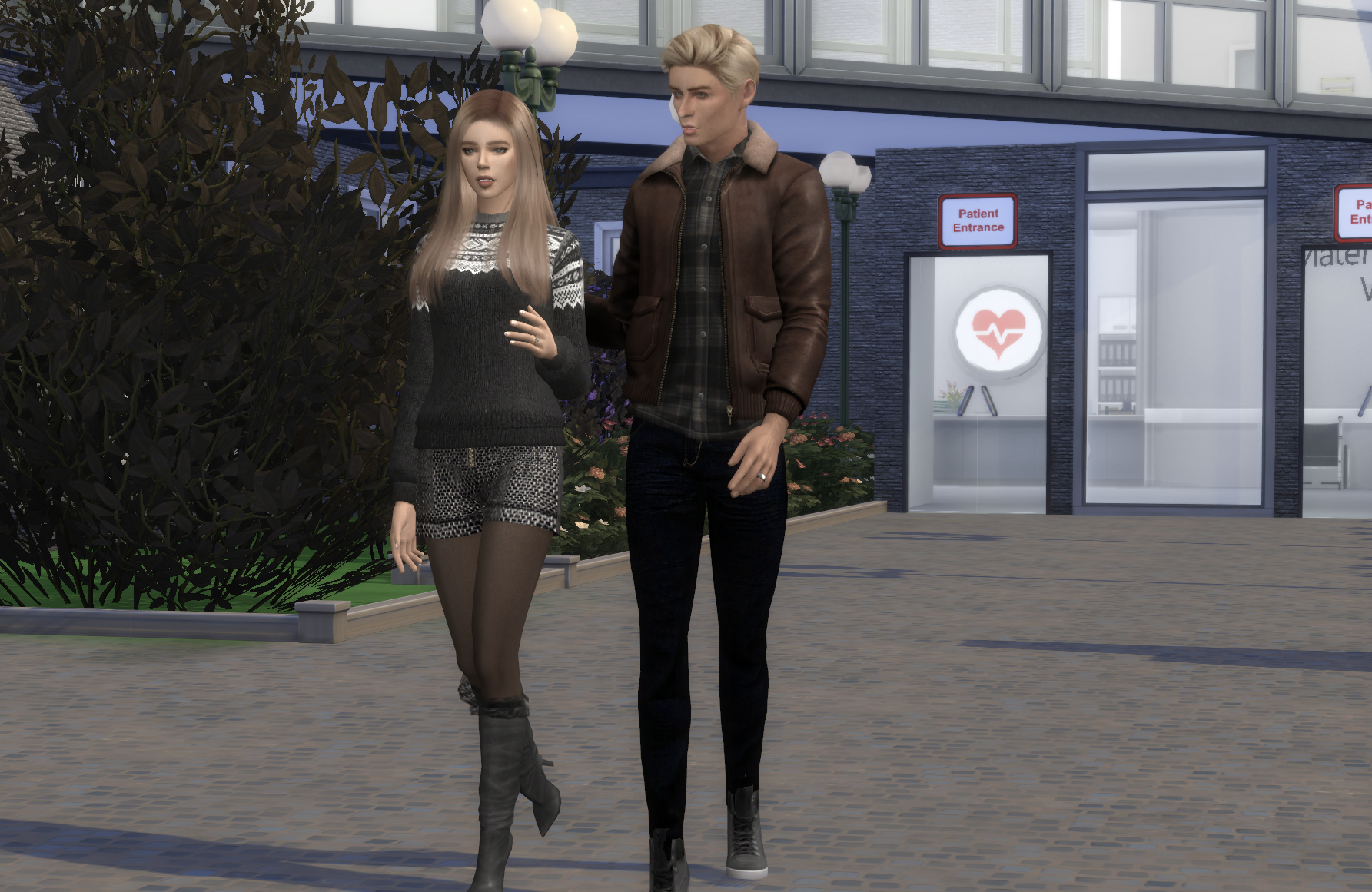 “I am glad you did the right thing.”

“Me too. In retrospect. You’re a good daddy and it wouldn’t have been right, let alone fair to anyone. But definitely would have been a lot less humiliating for me.”

“I know this was an emotional day for us already, but I would like you to really consider that I am a good daddy, reliable and that I have changed. Maybe, just maybe I could be a good partner again, given a real chance.” 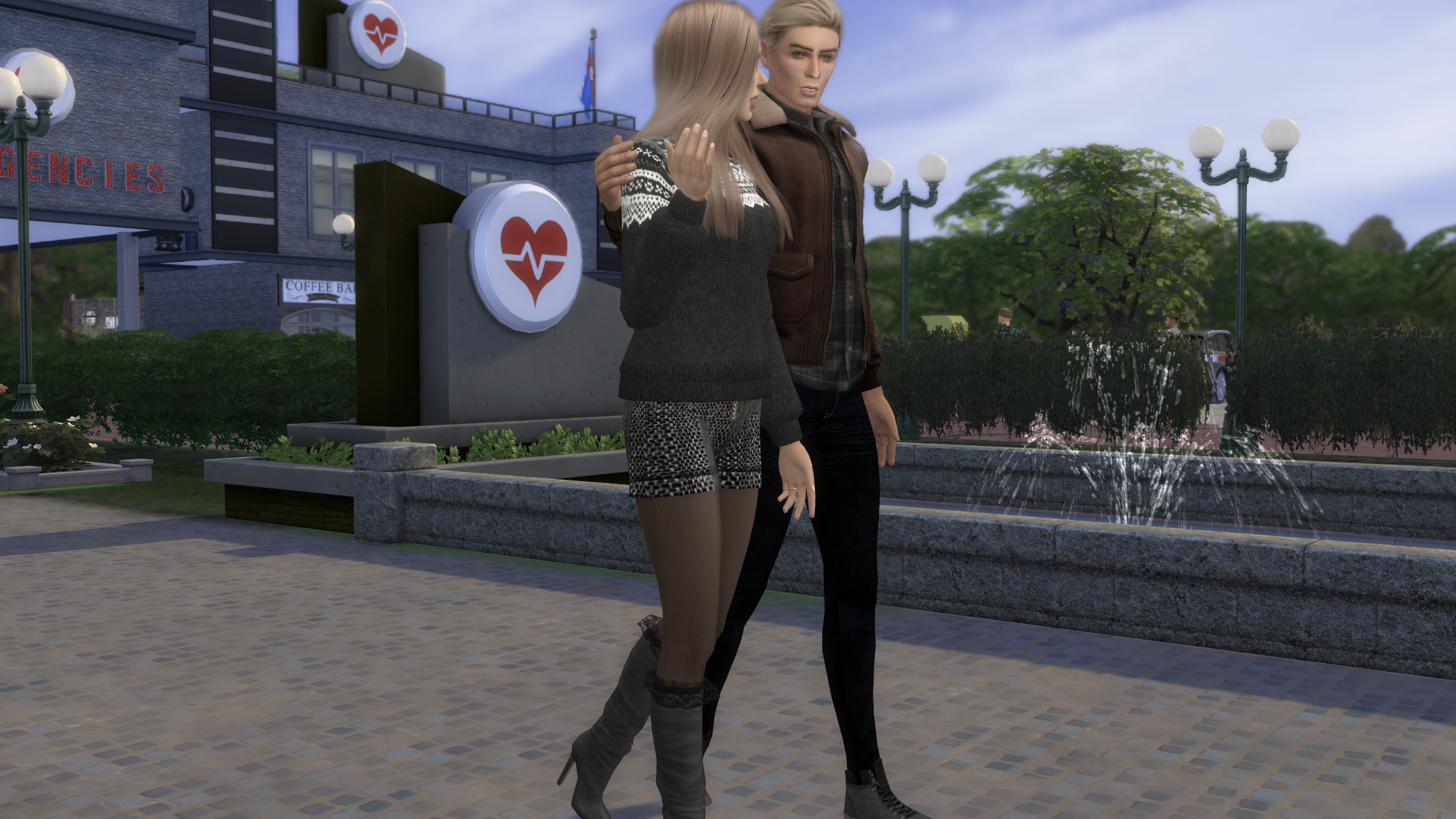 “Sven … not this now. I need to wrap my mind around the fact that I am going to have another child with you. I promise you I will consider it – as soon as I can think straight. First I have to tell my parents, my brother and Ewan and Eric about the baby and my break-up. I am not looking forward to all they probably have to say about this mess.”

“Hannah, you are a 30 year old woman, running a busy restaurant while raising our little girl single-handedly. I don’t think you need to care what they think. This is your life.”

“Are you going to tell your parents?” 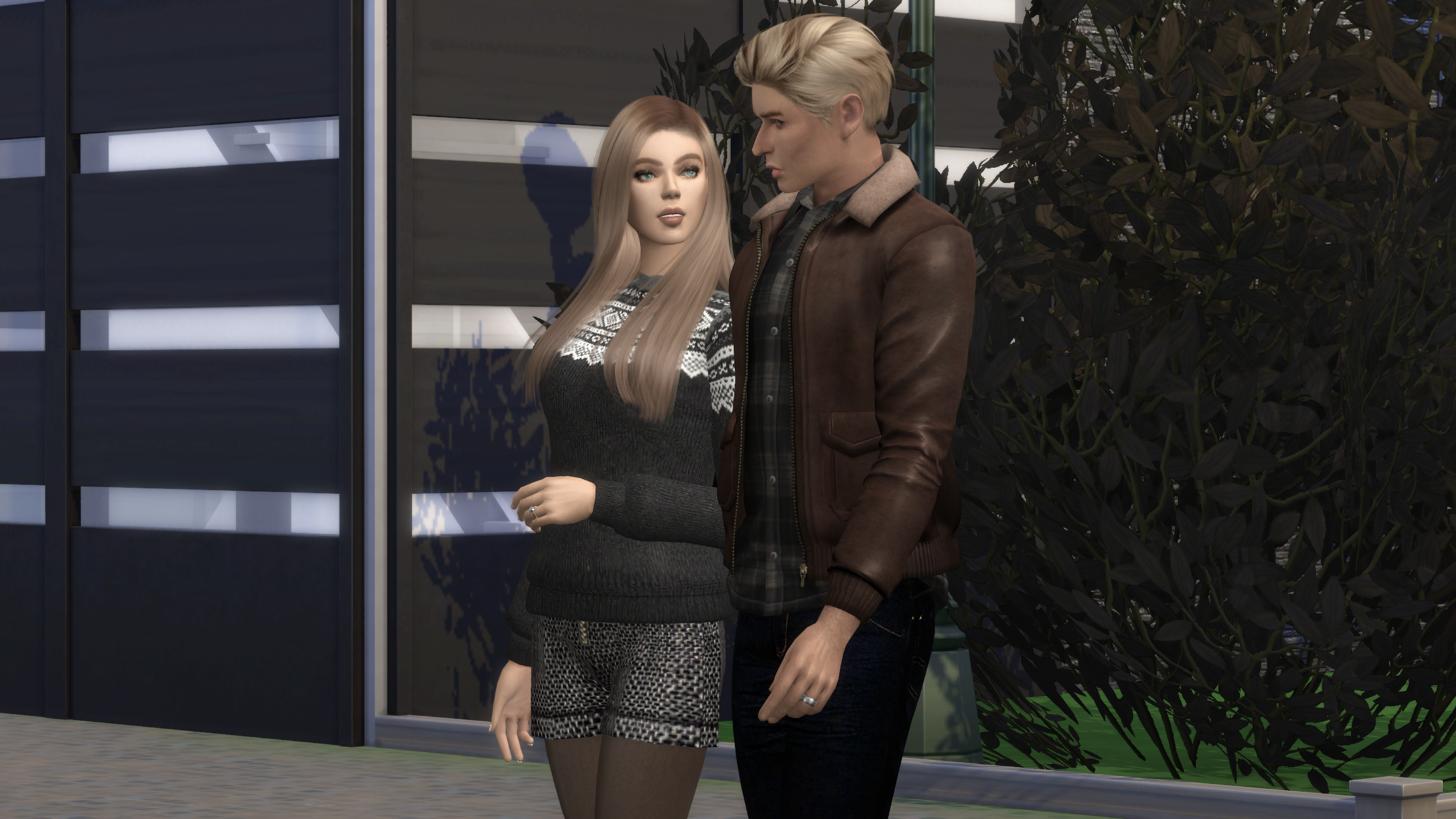 “Heck yeah! As soon as I get home! Hannah, they will be very excited. They adore Blakely. And they adore you. They won’t care about the dubious circumstance you got pregnant. I am crazy happy, and not good at hiding that. They’d know something is up.”

“Right … mine are totally going to be able to read me like a book, too, as will Eric and Ewan. The sooner I fess up, the better.“

“Sven, do not read into any of this, please. I do not want you to get your hopes up and end up hurt. Right now we are exactly where we were before all this happened, okay? I need you to remember that.” Hannah’s tone was gentle, but pressing. 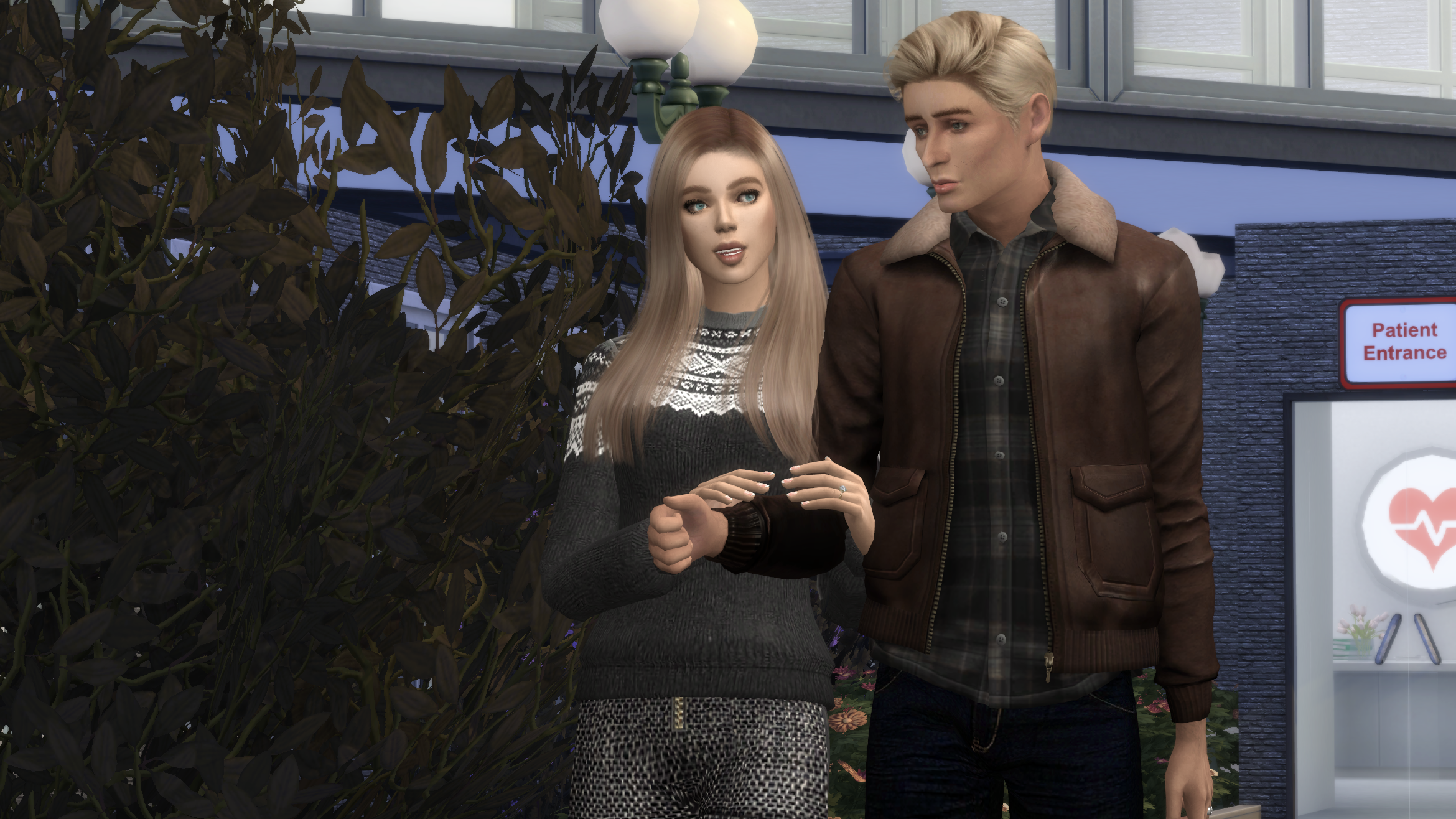 “Noted, but we are not exactly where we were, are we? We are going to be parents again. That does change things, Hannah, wouldn’t you say?”

“All it changed is that I am single again, pregnant again and have no clue how all this is going to play out again.”

“And what about the fact that we have been divorced for over half a year, yet neither of us has taken the wedding bands off yet?” Sven said calmly. 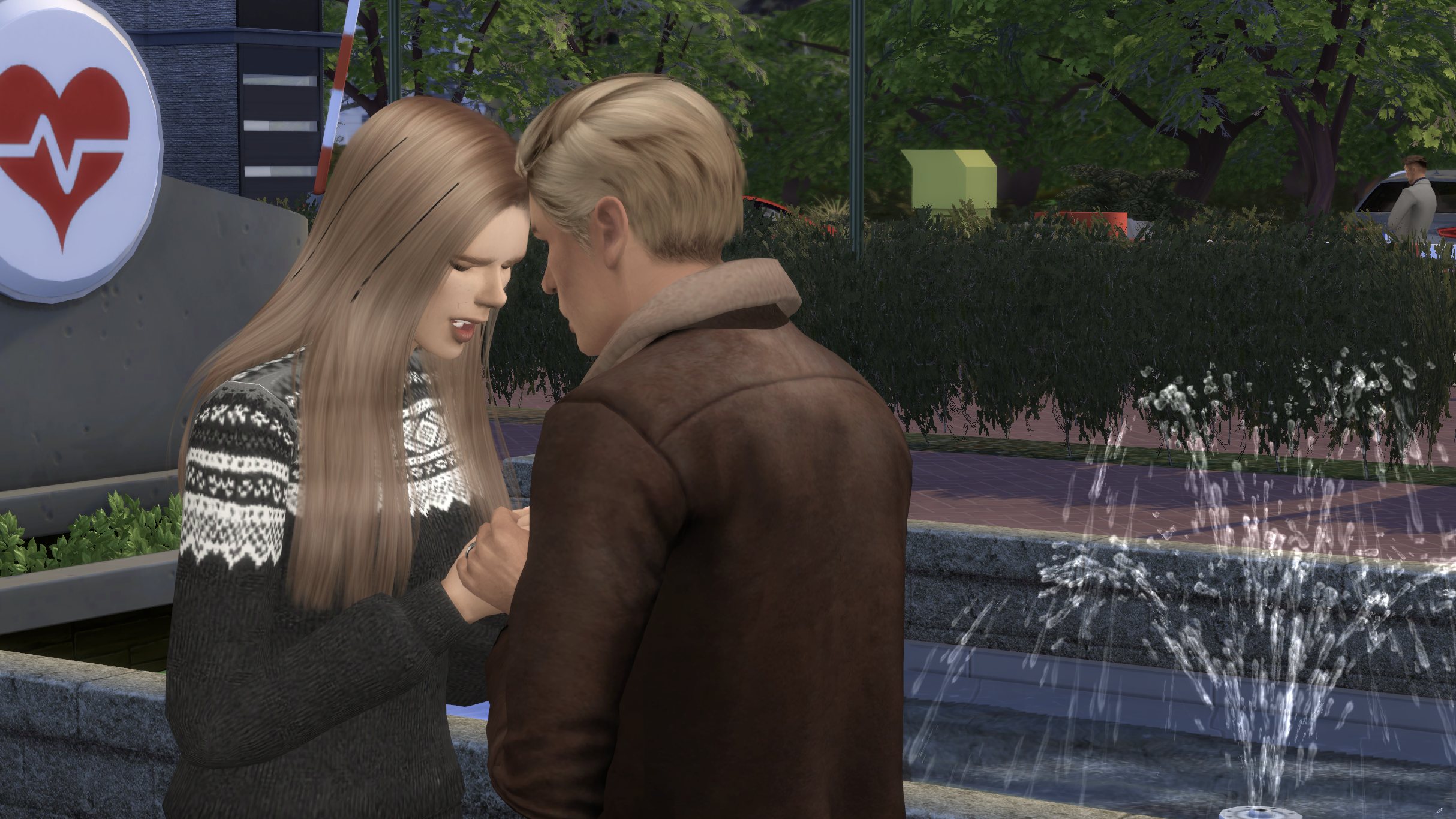 “Oh – umm, wow, I never even realized that until now. I just slipped it back on my finger every morning part of the routine. Oh boy.” Hannah mumbled.

“I have. All along the way. I kept mine on purposely, you yours evidently subconsciously. Either way, it speaks volumes. Let me say this: I will respect you need time to get your head in the right place, but I won’t give up hope for my last chance to be your husband again. Hannah, may I hug you and our son?”

“Sure.” Hannah agreed tired and resigned. And maybe a little bit relieved that she wasn’t alone right now, and knowing Sven, wouldn’t be alone through the pregnancy and after, no matter how the dice would fall for their relationship in the future. 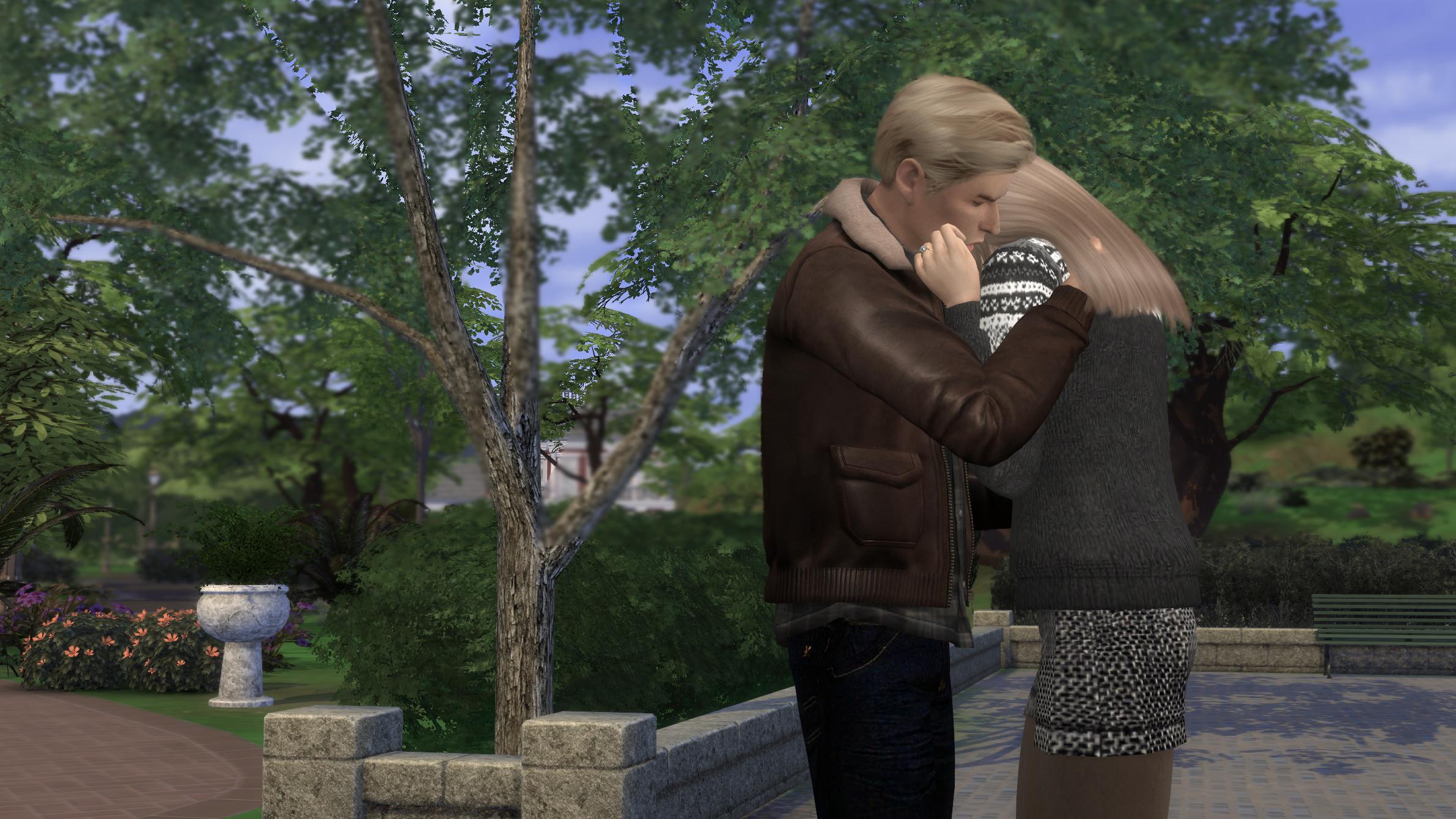 AN: This concludes the series of near daily chapters, made necessary by a lot of events all happening nearly simultaneously. We’ll get back to a slightly slower schedule now and the next chapter will involve a time jump several years ahead.