The true secret of happiness lies in taking a genuine interest in all the details of daily life.
~William Morris

The next months passed calmly, yet brought much needed change.

took it slow at first, somewhere in between her pregnancy months 5 and 6 he moved back in with her. At first into the guest bedroom, but at some point she invited him back to the master bedroom. Permanently.

Sven had attended classes for video game programming while still working at the gym, after he graduated he found a freelancing job and stayed home with Blakely.

It was safe to say this little family was finally as harmonious as it should have been all along. 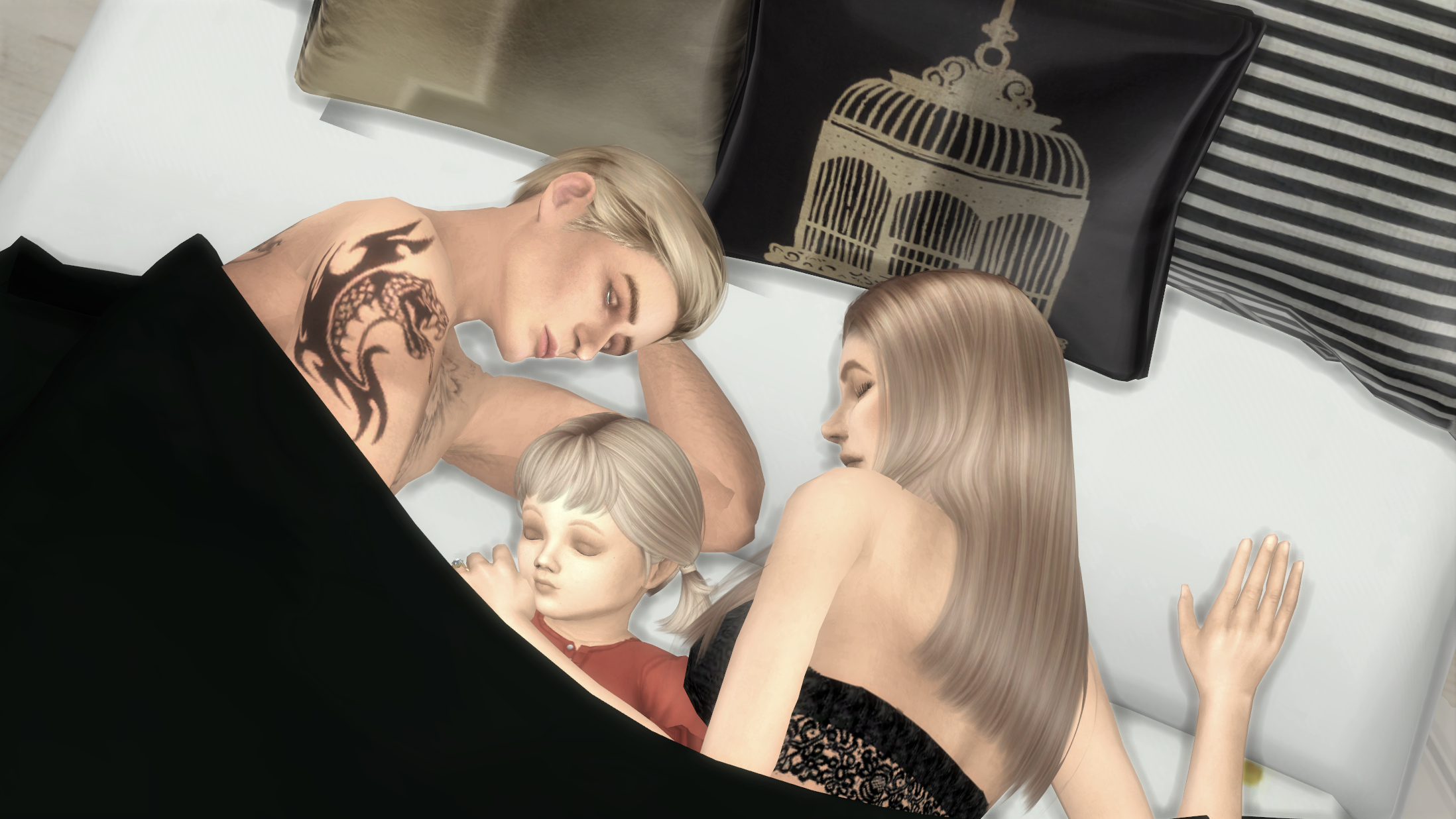 When Hannah was around 8 months along, Sven told her he wanted a barbecue with friends and family on a Saturday Hannah had off.

In the midst of the party, Hannah was talking to her and Sven’s parents when Blakely wanted mommy. As Hannah turned around she broke into tears. 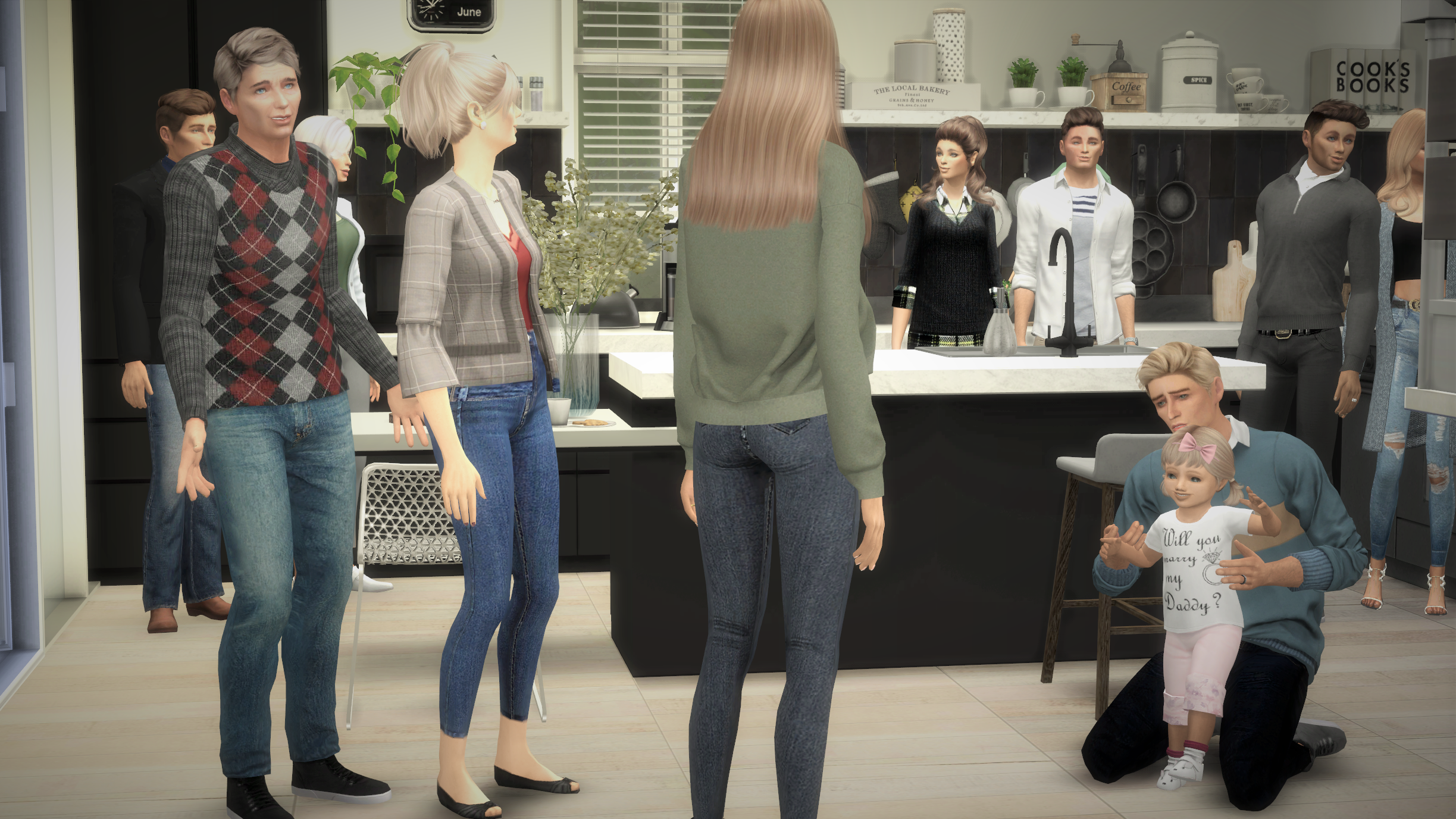 Needless to say she said yes. They got married again, but only before the justice of peace at the Windenburg Courthouse this time. Their version of a honeymoon was Sven’s parents keeping Blakely overnight so Hannah and Sven could have a wedding night. 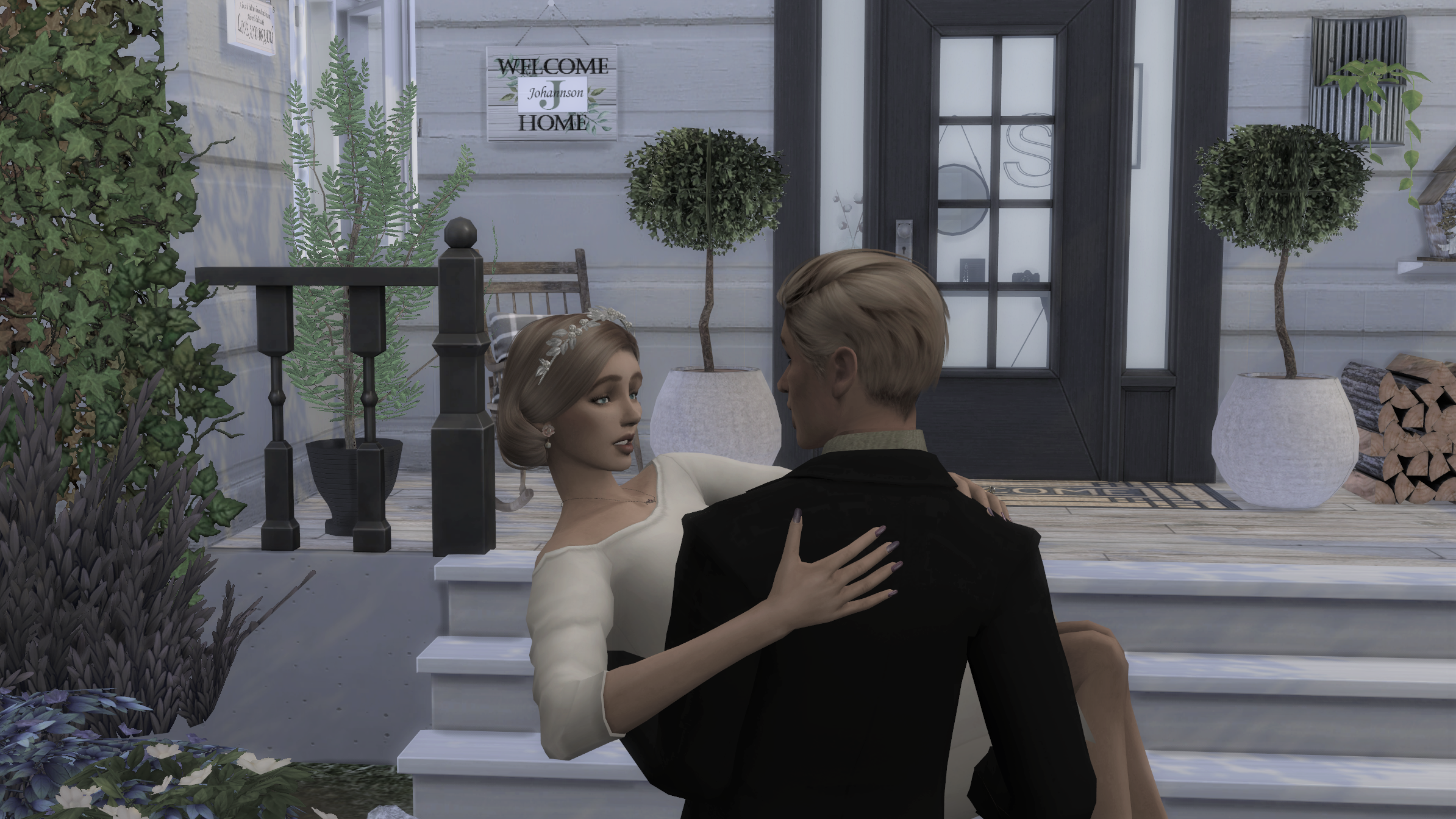 Hannah did not want to push the wedding out until after the birth, nor did either of them feel the need for yet another big wedding. Somehow it felt like they never got divorced and getting married again was only a formality. 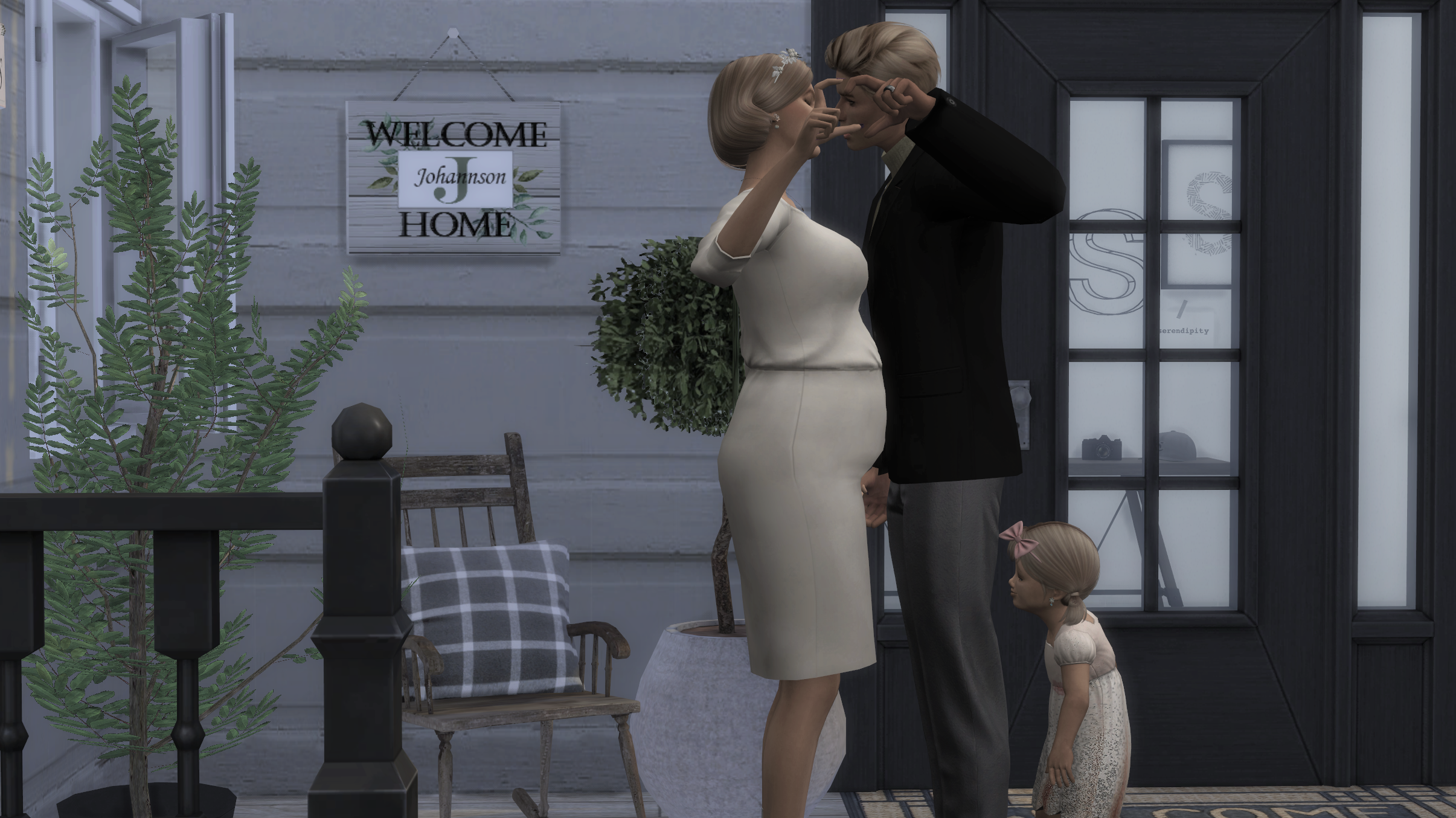 Two weeks after their wedding, little Jonah was born. Hannah, Sven and Blakely made it a point to spend the majority of time enjoying family time. 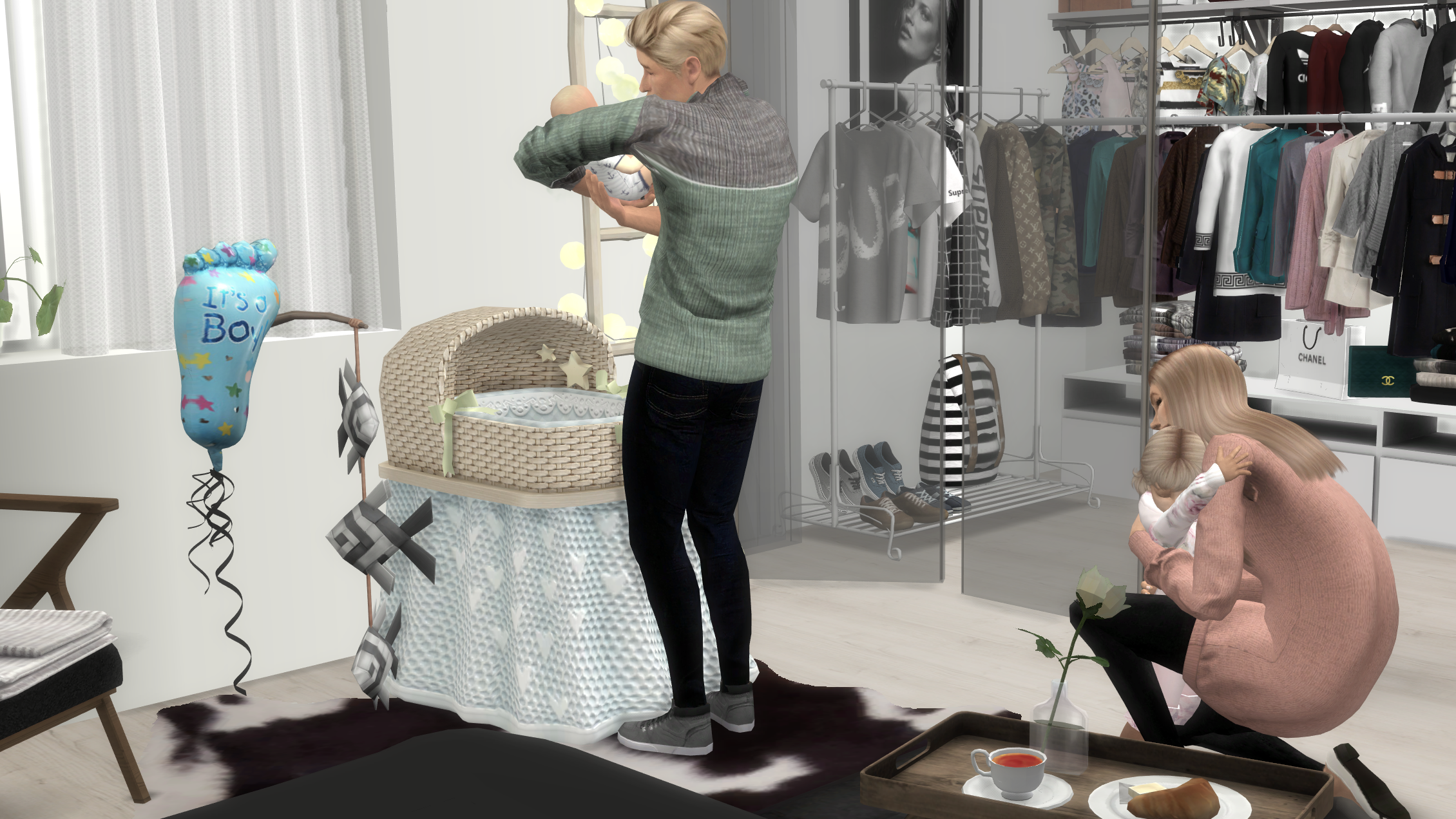 Ewan and Ava took life slower, Ewan got extremely picky about new roles since it was harder now with one kid in school to have his family travel with him. Sometimes Gavin would stay with family if it was shorter trips, but usually Ava stayed home. Which meant Ewan wasn’t interested in going.

He celebrated his 30th birthday with Hannah as one big party at his home, since they were only some weeks apart. Eric was the youngest and his wouldn’t be until a few months from now.

Just like his father before him and his father before that, Ewan was a total family man. Having sown his wild oats in his younger years, he was ready to settle after meeting Ava. He still bugged Ava for another child, but she seemed to be absolutely content with the two they had.

enjoyed their quiet life, and despite their son being a little too clever for his own good sometimes testing their patience, they had decided to have Eric’s vasectomy reversed to try and conceive another child. After they would have another baby, both parents would undergo surgery and really be done for good.

While covertly trying to conceive another child, which the doctors told them could take up to a year or longer, both questioned their choice a few times. The reason? Jamie. He was a sweet little boy, but could be incredibly testing for his parents’ nerves.

Unaware of the potentially pending sibling, he currently had a very different agenda, one he had driven his father nuts with already for several weeks now.

“Dad?” he dragged the word out signaling the best was yet to come. 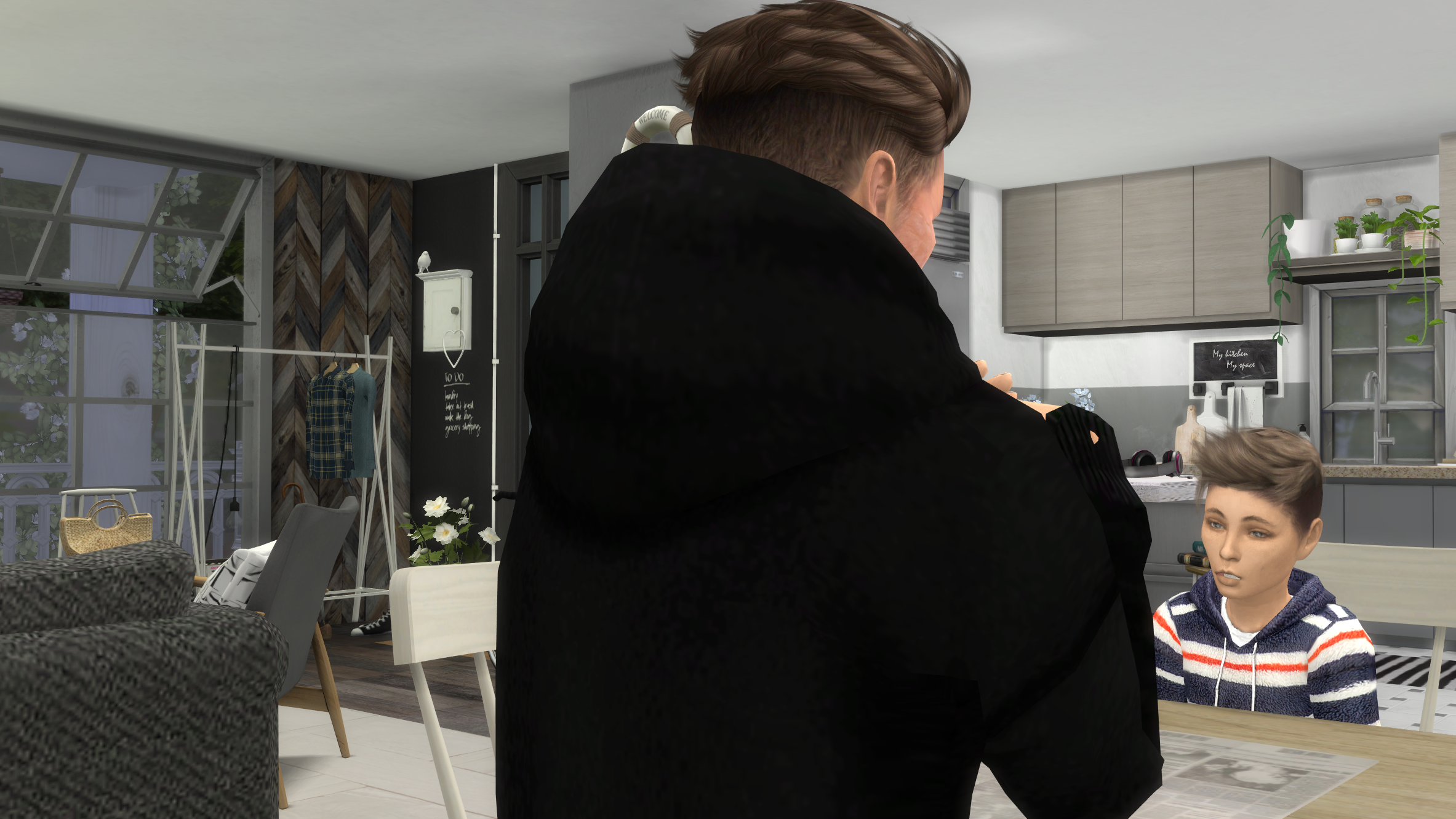 “Did you know that dogs can …”

“Jamie, for heaven’s sake! Not that again. The answer is still NO.” Eric cut his son off. 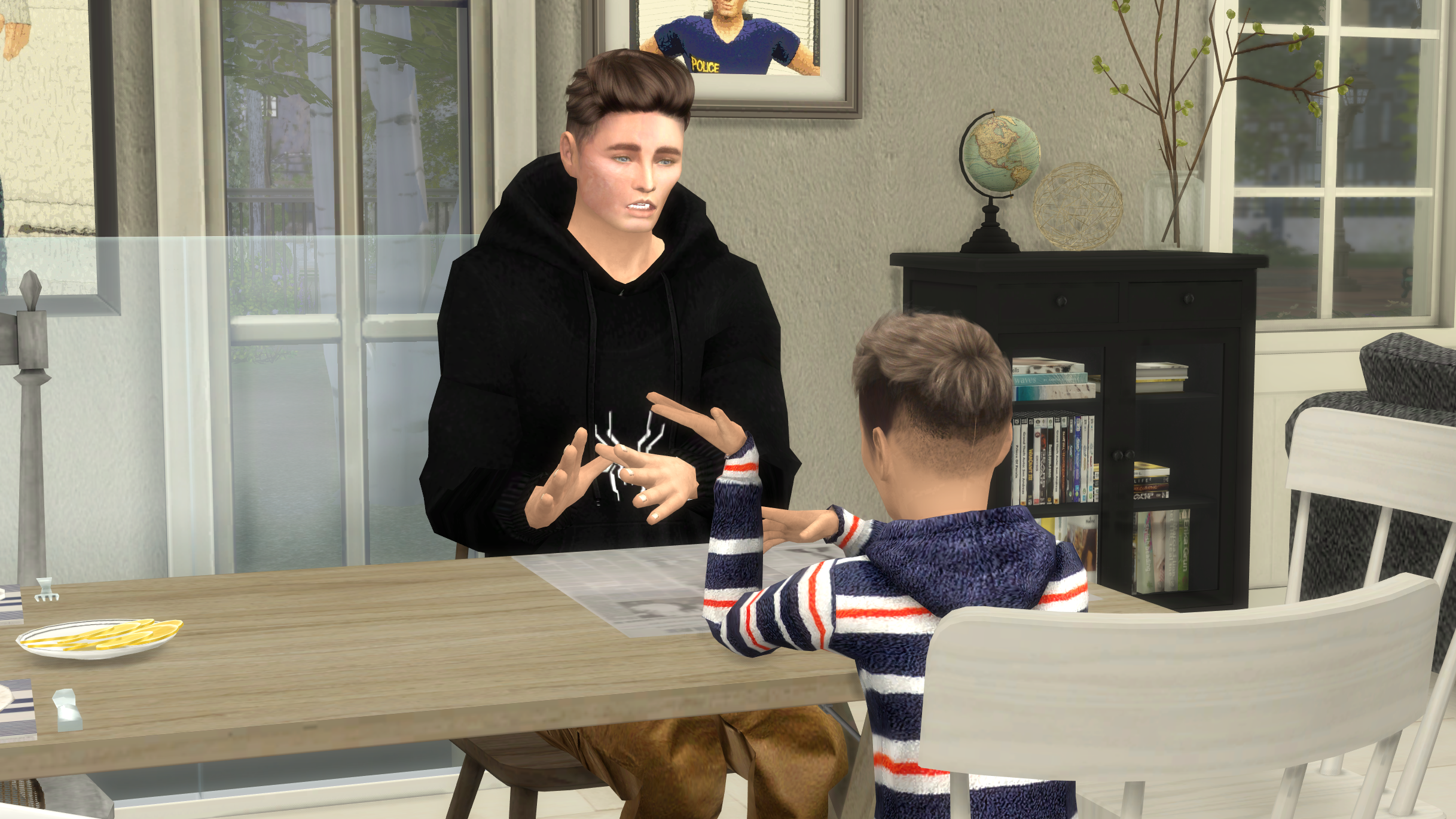 “Grandpa does not live in this house. I do. And I say: no dog.” Eric secretly cursed Charlee for having made him the bad cop right when the dog issue first came up, by telling Jamie that daddy has to decide this. 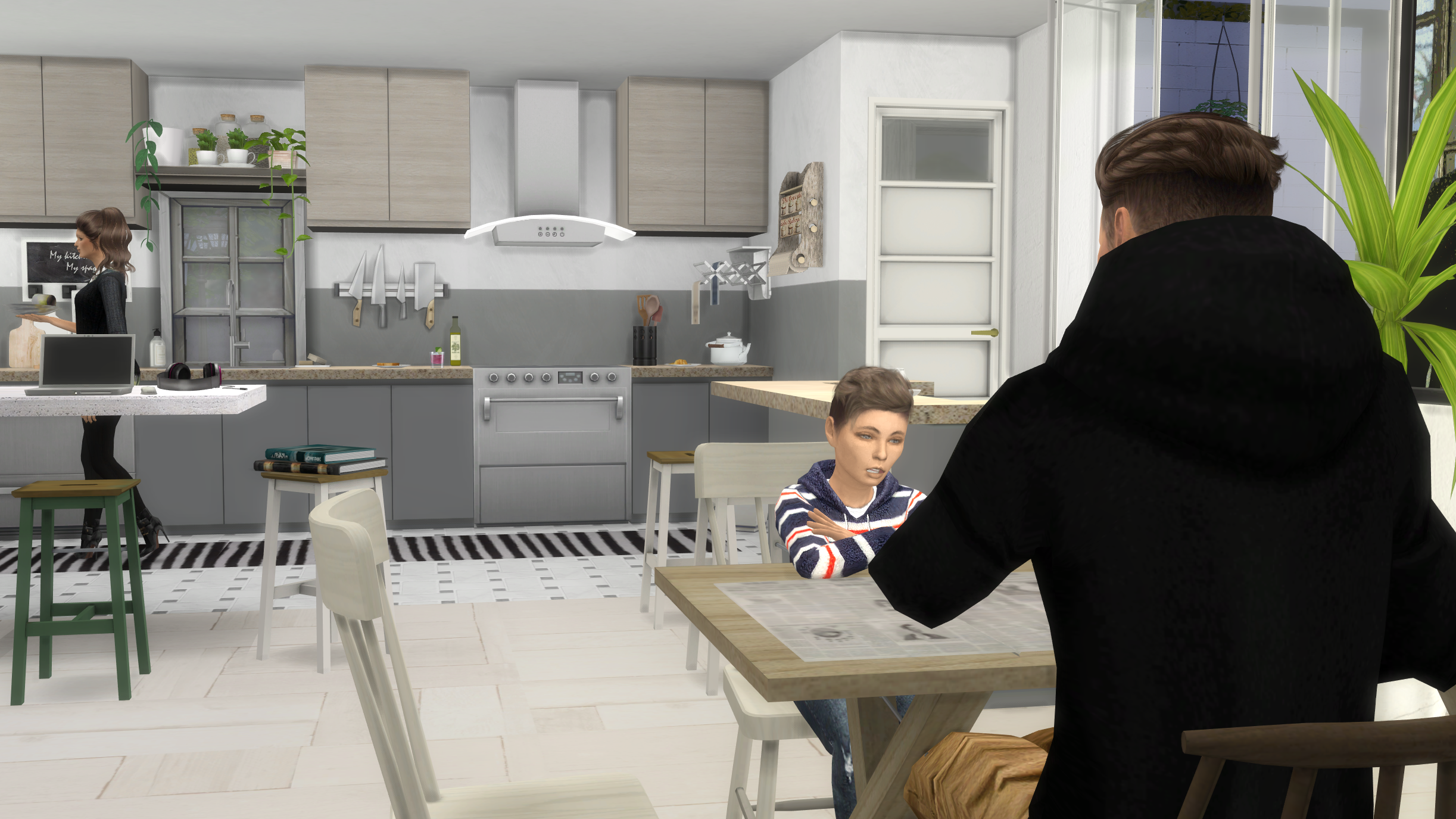 “For the gazzillionth time now: aside from the fact that I – your father – said no, the house and the yard are too small, I work all day, you are at school for a good part of the day and your mother is at the Gallery. Unless you changed your mind and want a very small dog, like a Chihuahua, it’s not happening.” 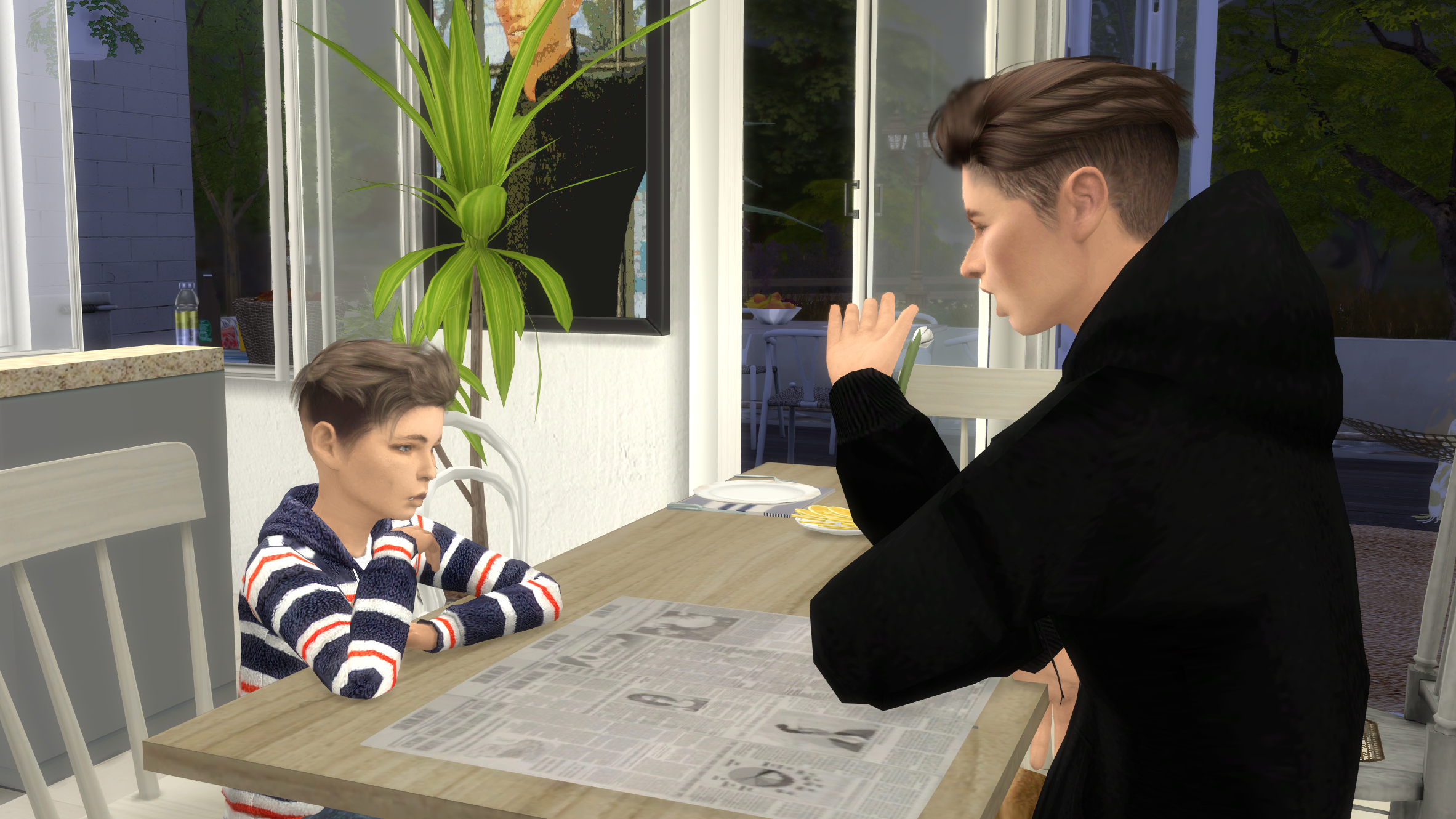 “Tell you what: you start bringing home straight A’s and keep that grade up till summer break, we will talk again. Notice I said talk, just talk. I did NOT say yes.” 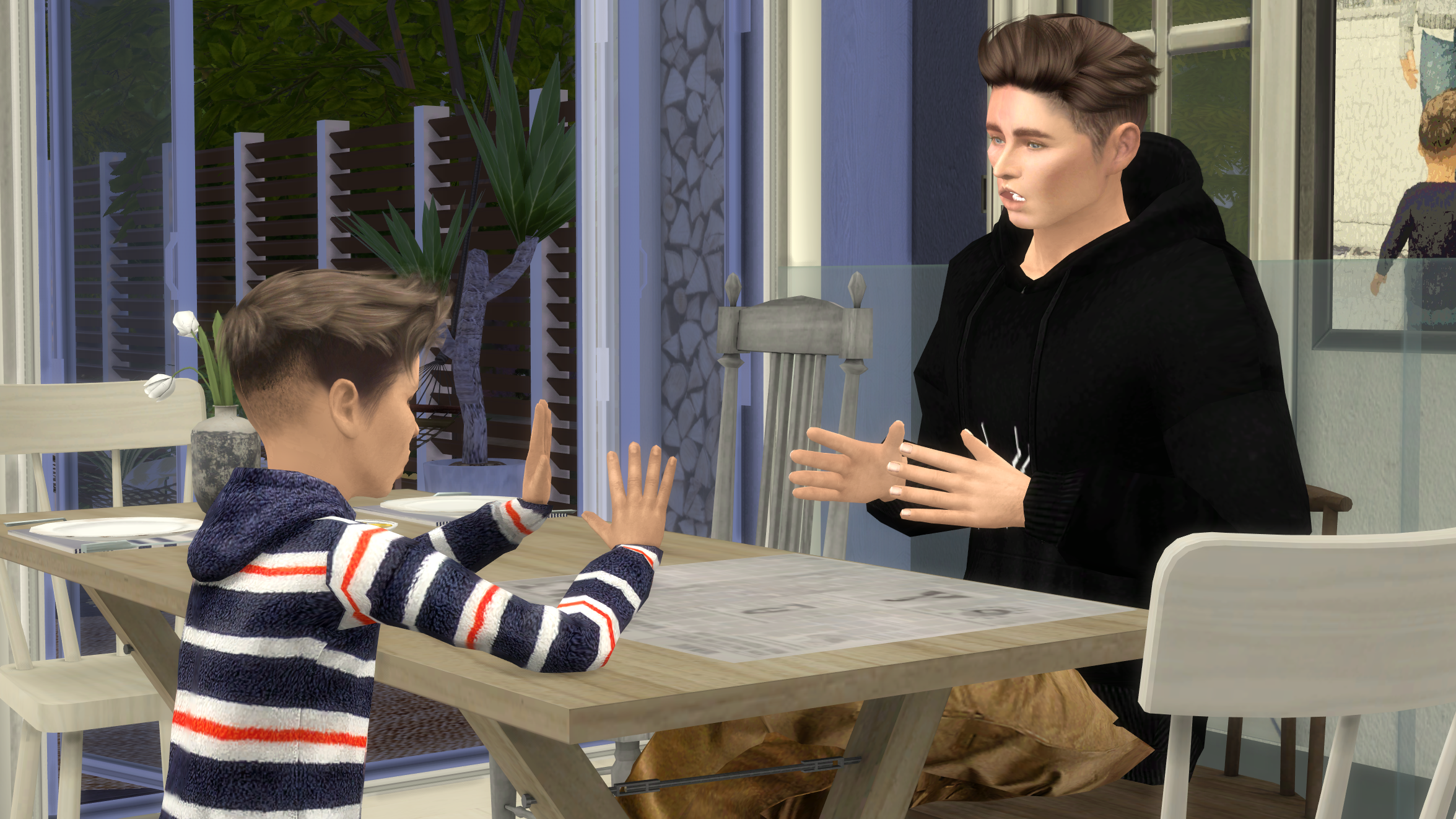 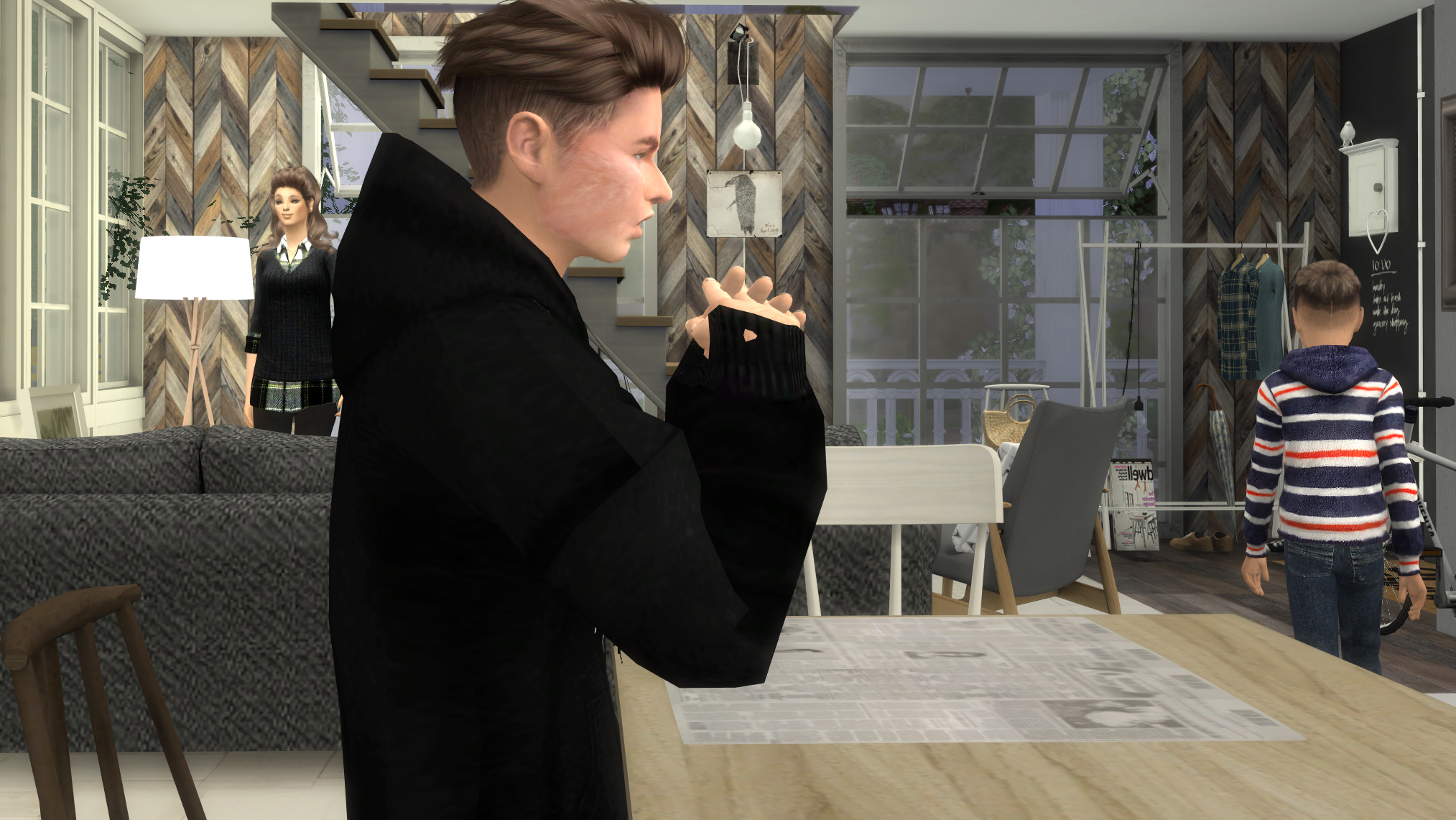 After Jamie disappeared up the stairs, Eric saw Charlee smirking while she was straightening up the house.

“Thanks for the help, wife!” Eric got up and caught up with Charlotte in their kitchen. 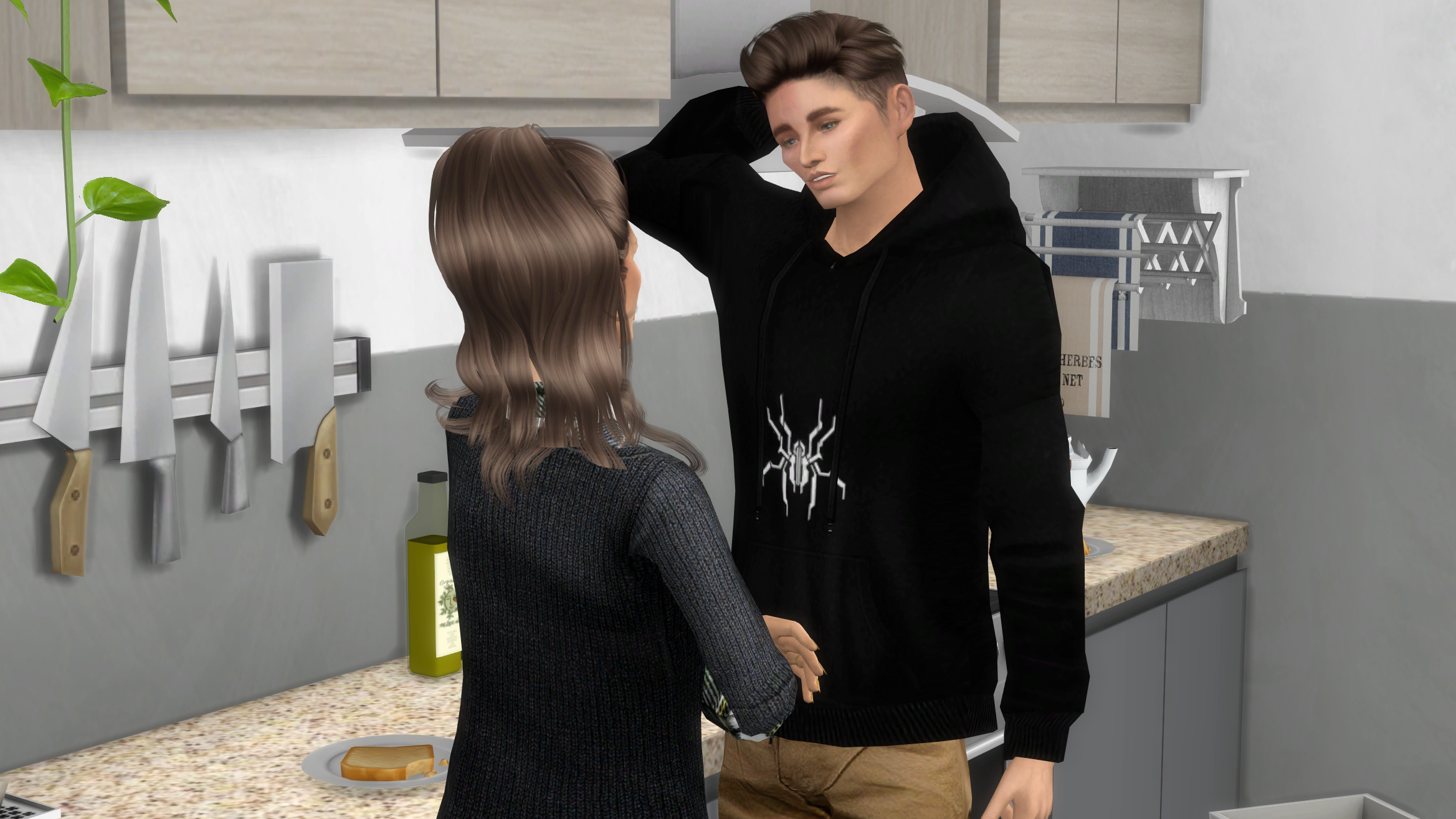 “Oh, I didn’t think you needed my help. Besides, I am not really against him having a furry friend.” 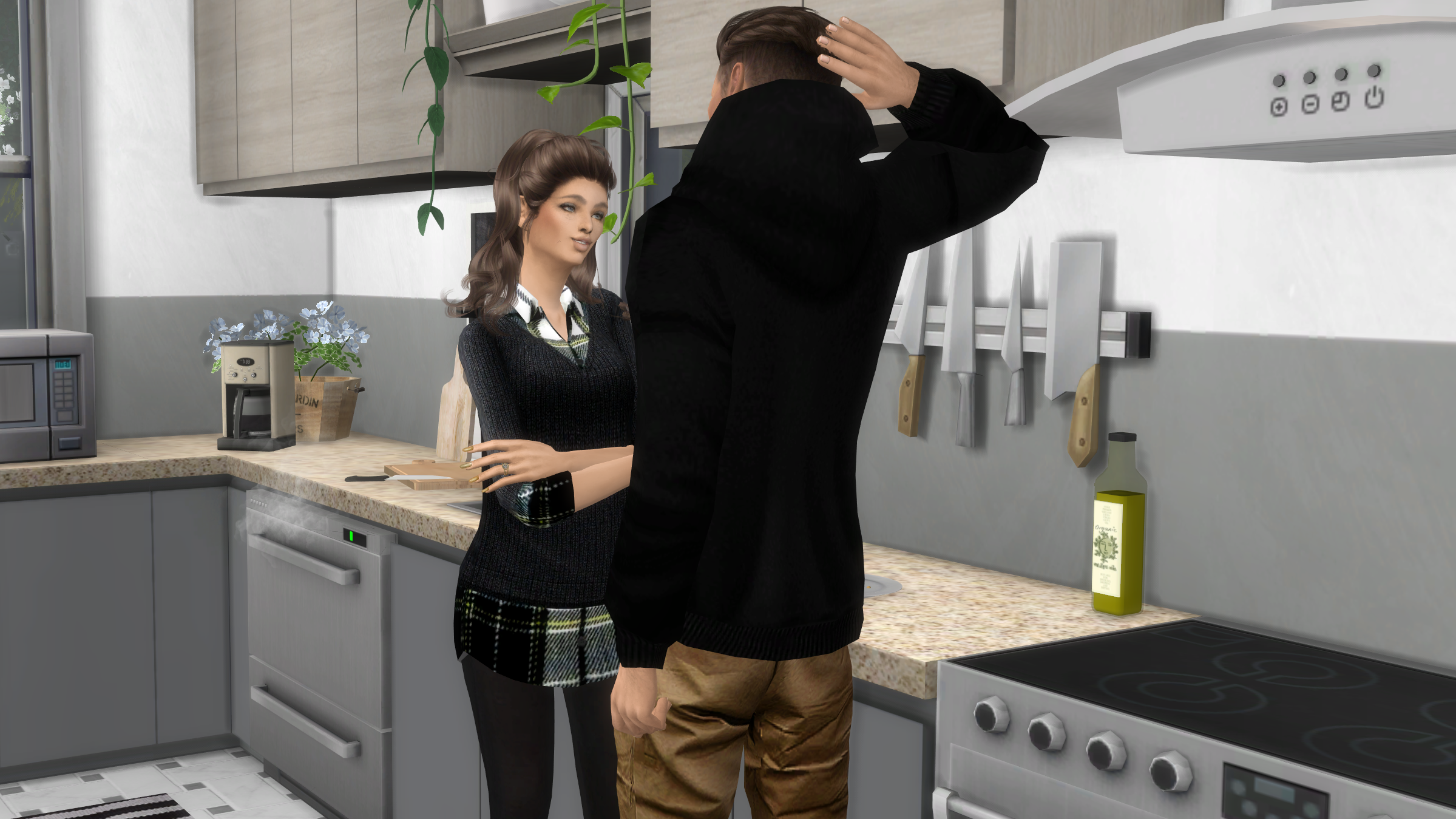 “Yeah, I am sure we can just wheel the crib out onto the patio whenever we get pregnant again and had the non-furry addition to the family so we can squeeze a big dog into this tiny home. Fresh air is good for newborns right?”

“Don’t be so melodramatic, sweetie. Maybe we should tell Jamie about the looming sibling. Maybe, just maybe, he would give up on the dog then, or agree to settle for a small breed.” Charlee suggested. 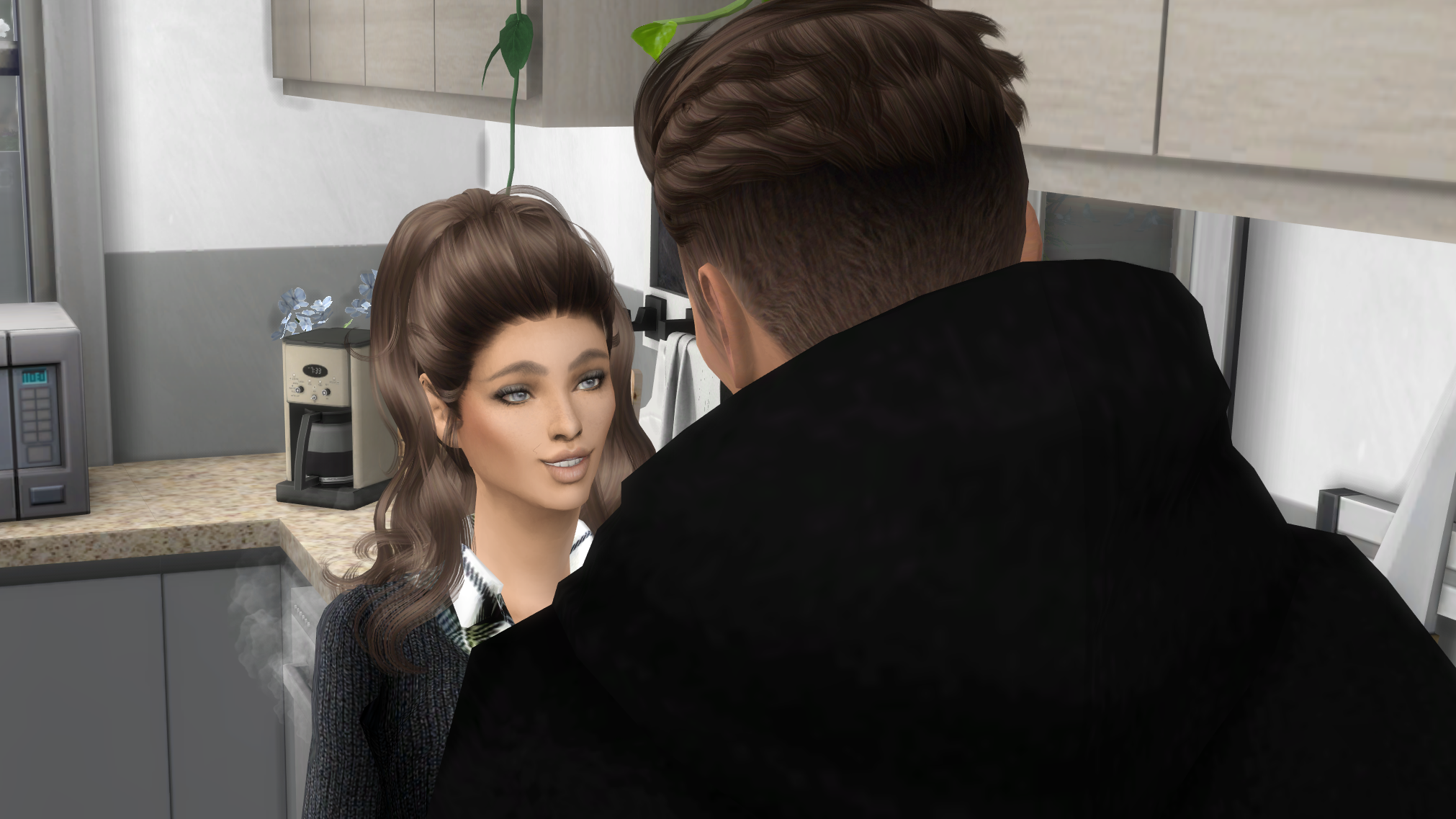 “Or maybe – by which I mean most likely – he will try to talk us out of a sibling and raise us another dog, until we live in a circus. That kid and animals. Ever since he was a toddler always bringing home creepy insects, lizards and rodents. Ugh. And my father the scientist was no help AT ALL! He only made it worse by explaining all that scientific mumbo-jumbo to Jamie. Licked blood, that kid.” 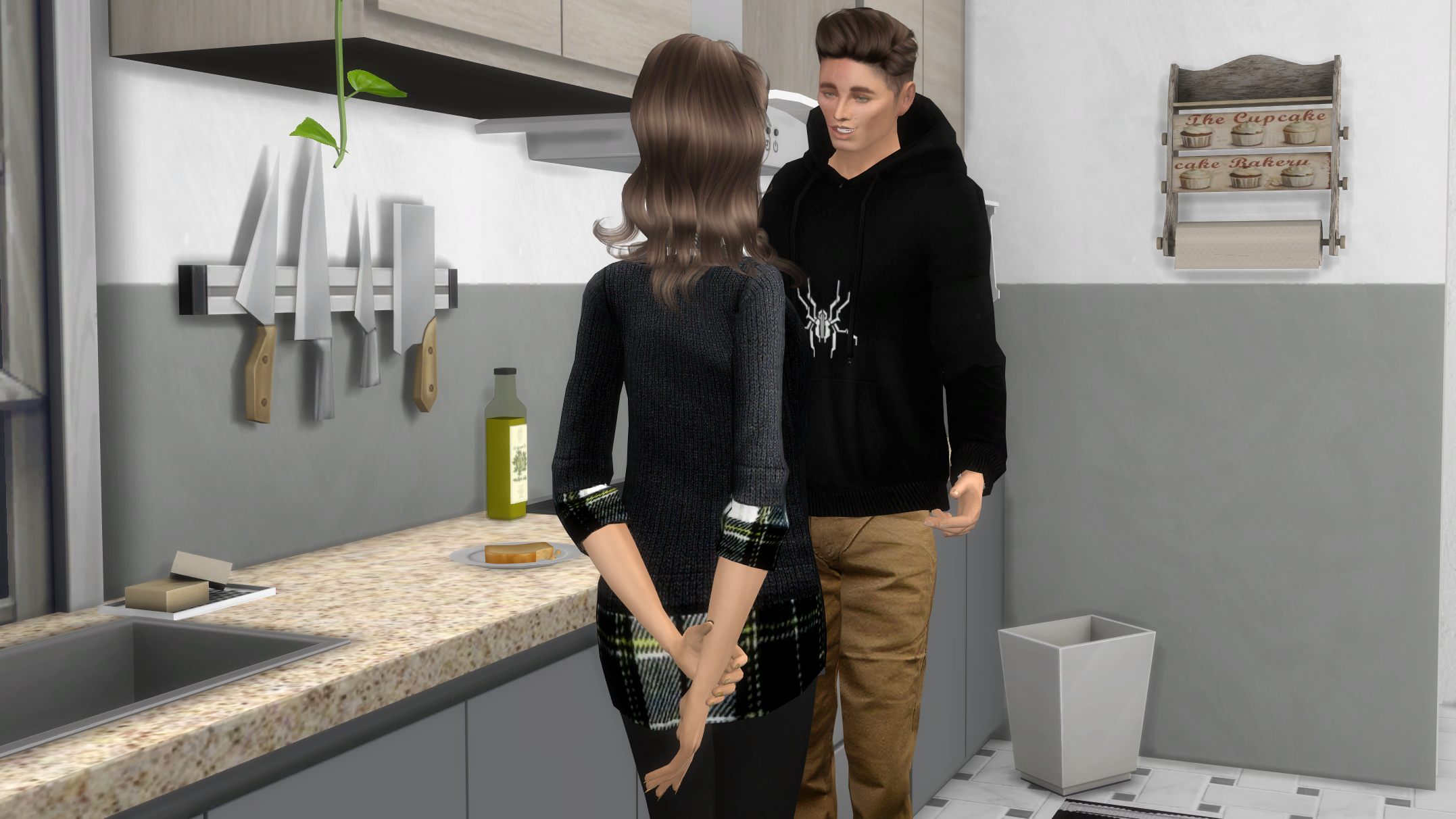 A knock on the door interrupted them, Eric went to answer to find it was his parents. Not a rare occurrence, they saw each other nearly every other day, if not more.

“Ha, speaking of the devil.” he chuckled.

After the greetings, Chase went straight for it.

“I would like to take my grandson to the pound this weekend.”

“Great idea, has crossed my mind many times, but unfortunately they won’t accept kids there. We tried.” 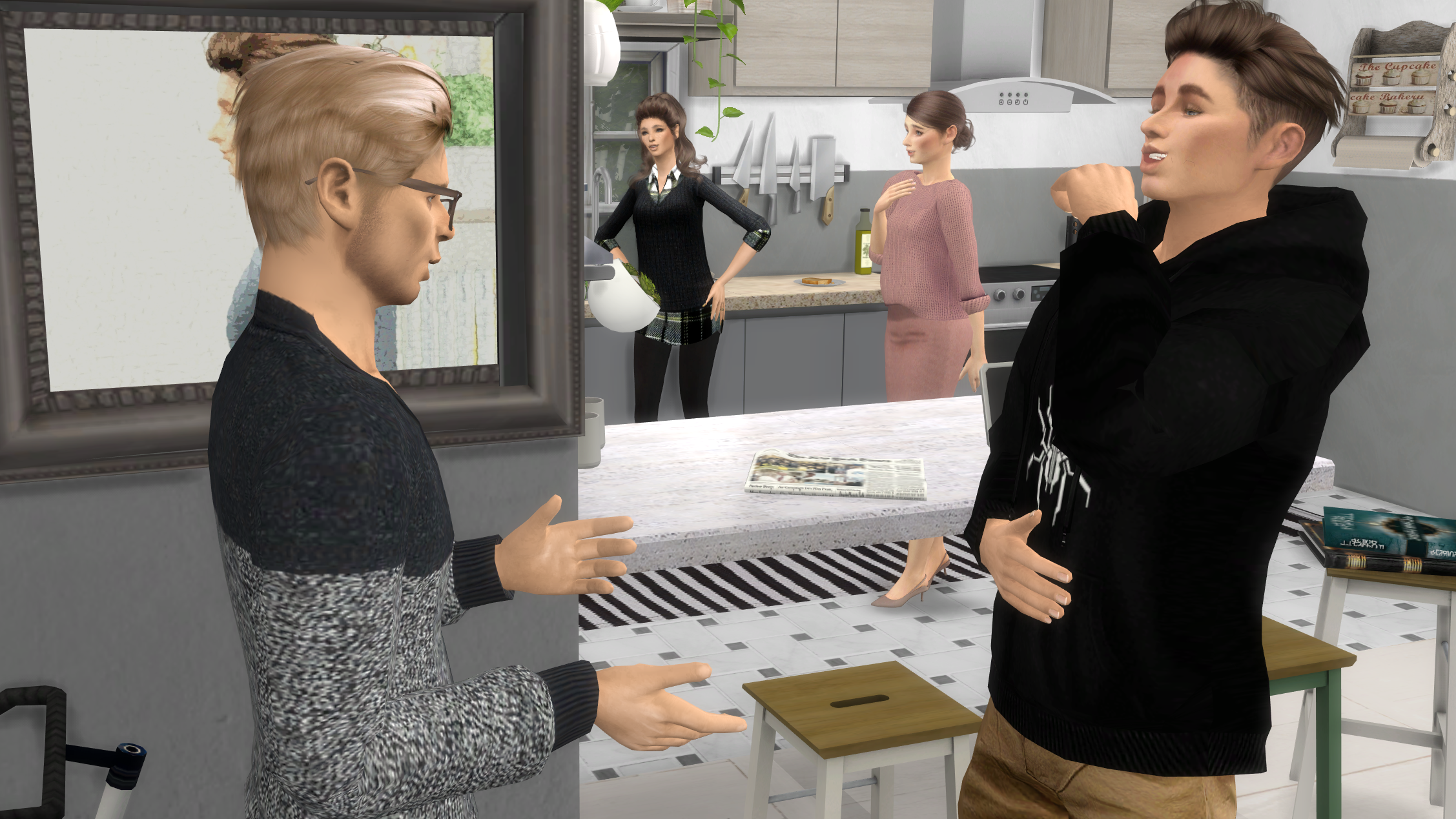 “Funny son. He needs a dog. Every boy should have a dog. I am thinking lab .. maybe German Shepherd … or maybe a Boxer. Definitely something masculine.”

“Really dad? Why not go all out and get him a Great Dane he could ride everywhere, saves Charlee and me from having to drive him. When not in use, we’ll tie him on a post out front like a horse.” 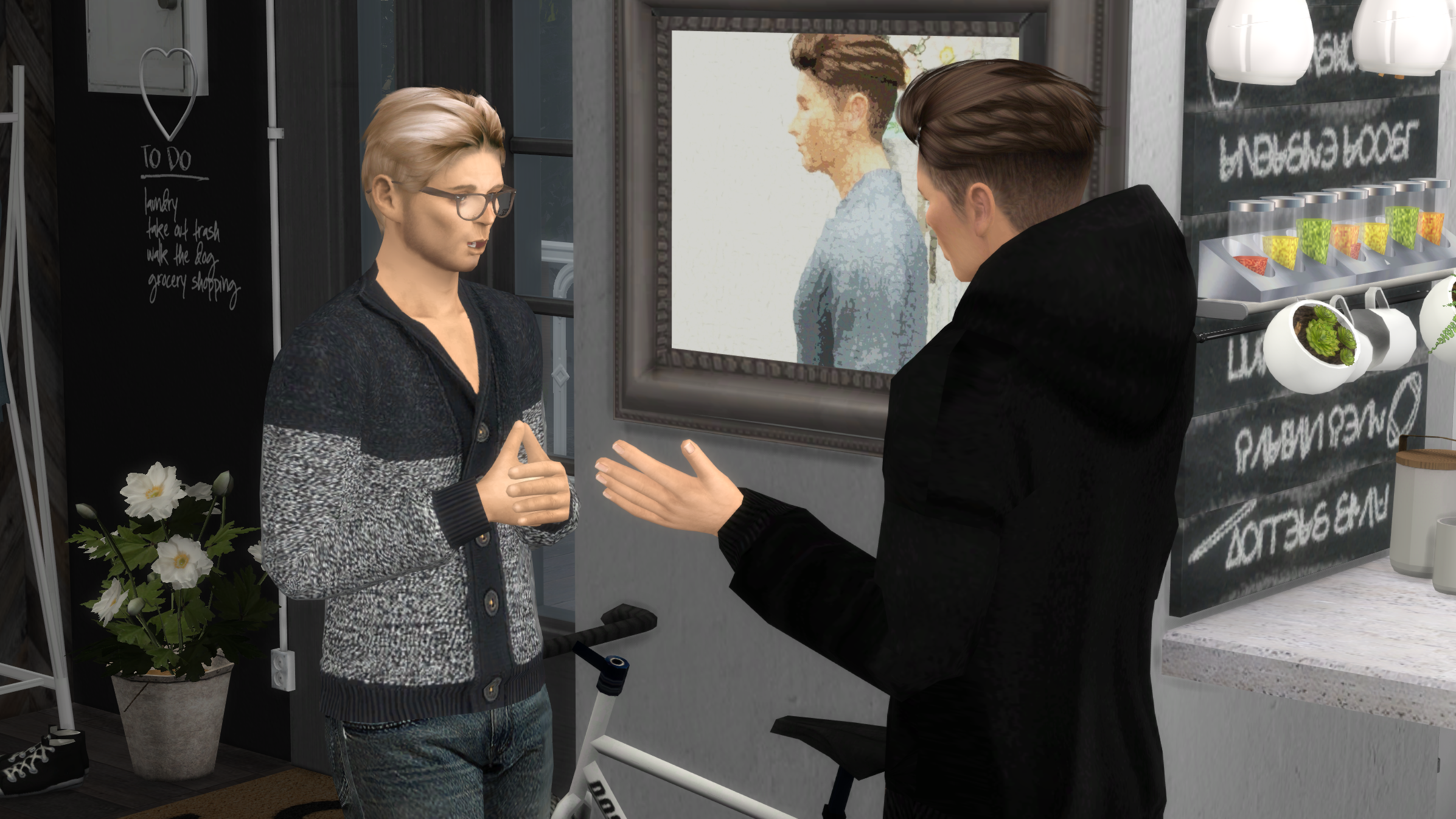 “Son, a pet can be important in the development of a child … we always had a dog when you …”

“Dad, look, we have been over this about as much as I have with Jamie. I have told you why we cannot have a dog. If you get my son a dog, both dog and son are moving in with you and mom!” 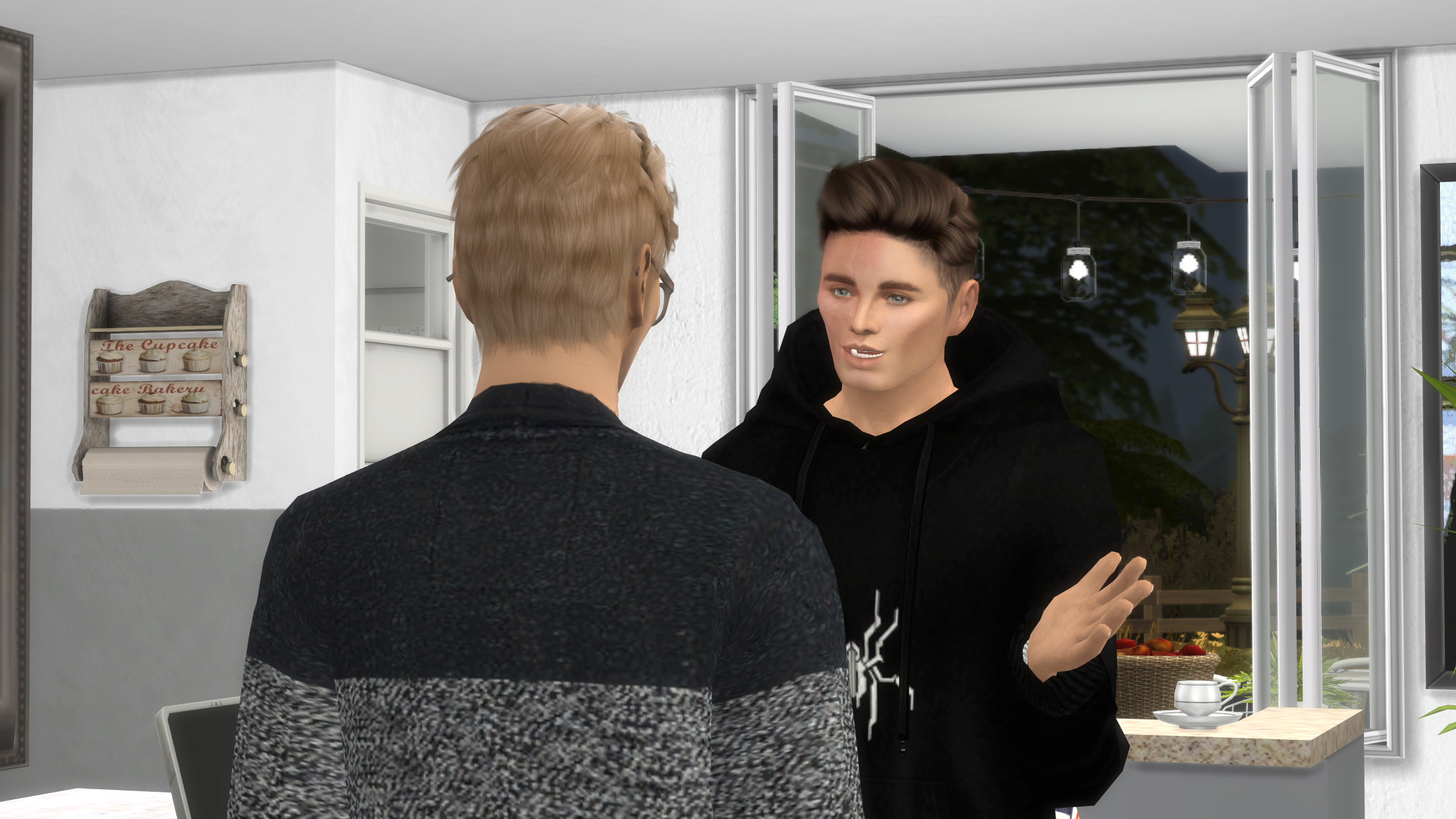 “Hey – wait. I have a problem with that.” Charlee chuckled from the kitchen. 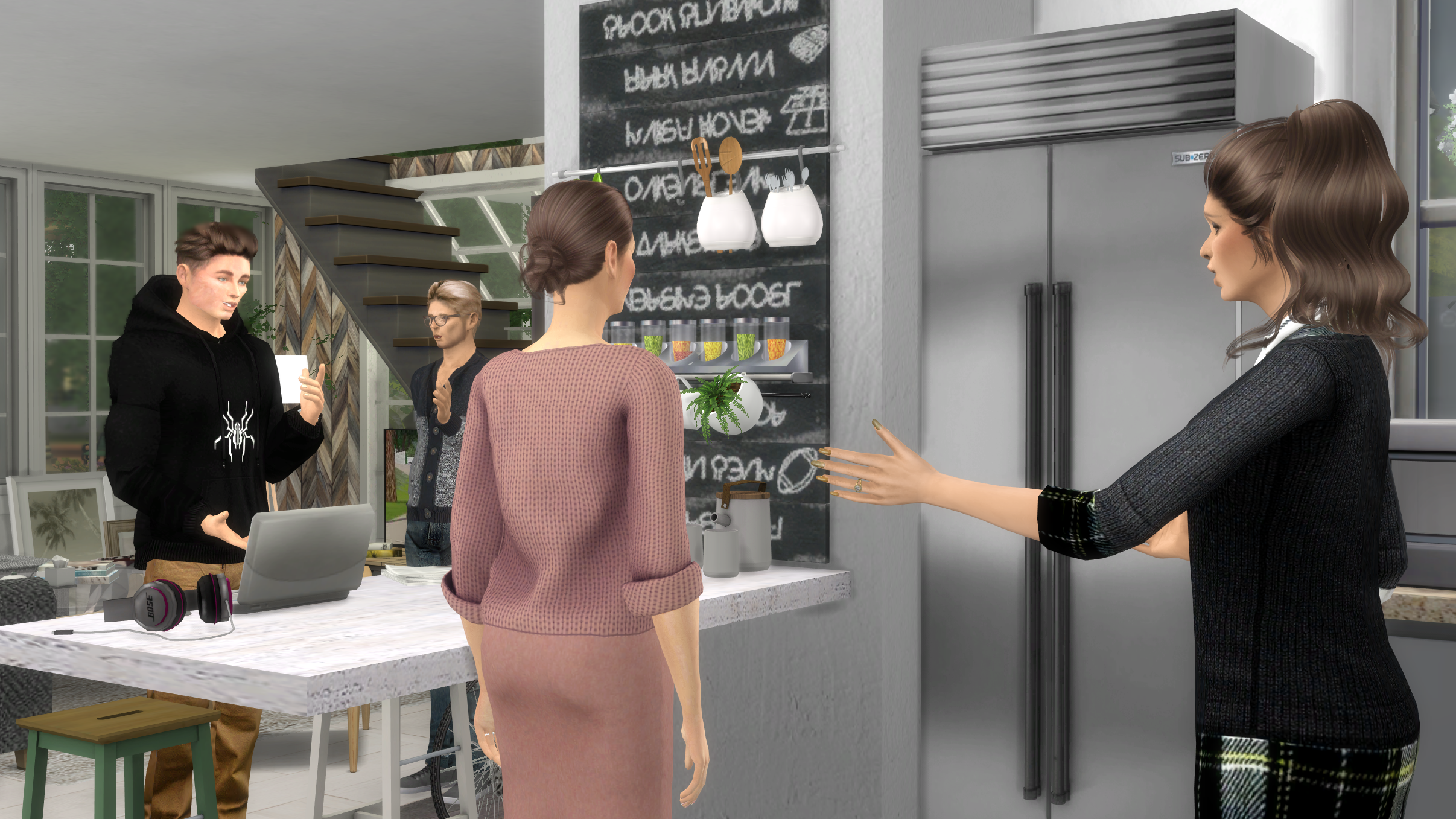 “Well, where were you when I was battling son and father about that pesky topic, huh?”

“I would have helped you, if I didn’t think both are right and you are … well – not.”

“Huh? Okay Charlee, where would we stick a dog while nobody is home, huh? Am I to sneak him into work, pretending I am suddenly a K9 unit? Or do you want to have the pooch sniff your Gallery patrons crotches while you are trying to sell them a painting?”

“We could have a little fence around that little yard at the Gallery. Honey, we didn’t have room for a child when little Jamie suddenly was on the horizon and we don’t really have room for another one if we actually succeed … we made that work beautifully the first time, we both are confident we’ll manage to squeeze in another baby, we can get a puppy in too.” 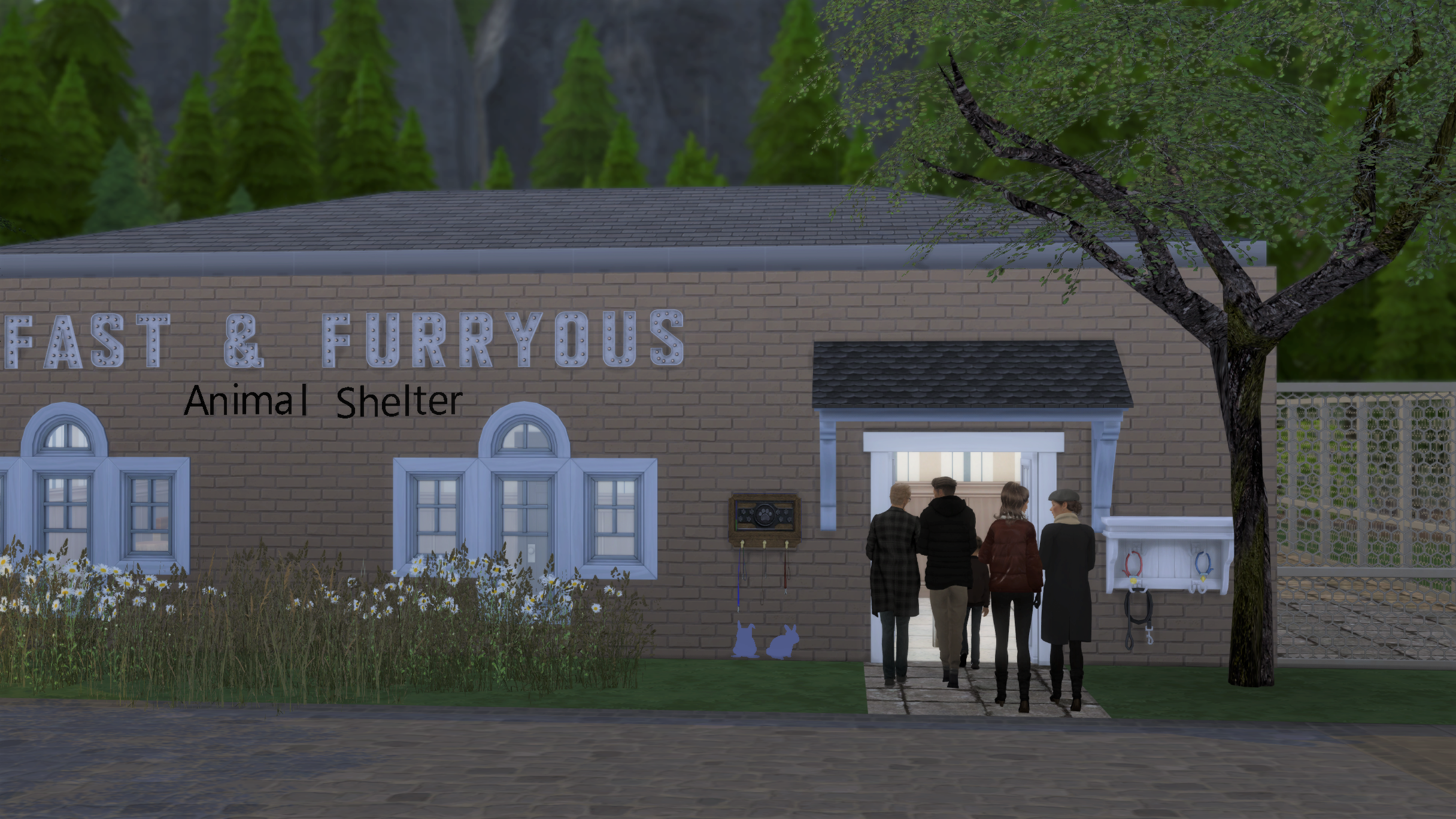 Not surprisingly did ‘no’ last all the way until the coming weekend, when a defeated smiling Eric was walking next to Charlotte, smiling gently, and his mother Shea while Eric’s father Chase and Jamie were literally running ahead, looking into the different kennels at various dogs up for adoption, both excited, talking to the different dogs, comparing notes.

“Sometimes I have a hard time believing that man is 65 years old. Especially when he is around Jamie. It turns him into a prepubescent boy.” Shea smiled. 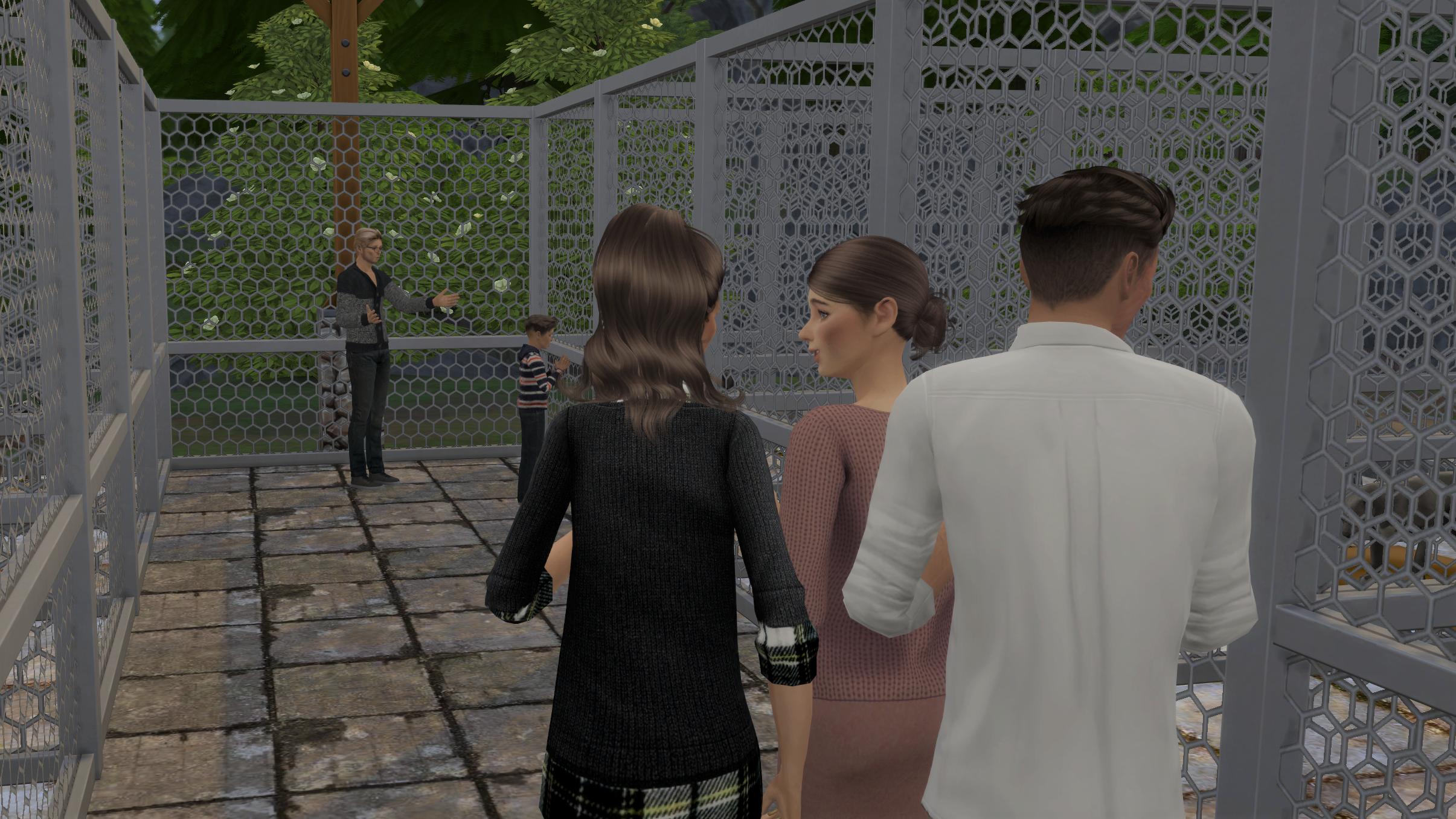 “THIS ONE!” Jamie excitedly pointed at some kennel, while Chase nodded proudly.

“Good choice! Come on guys, I think we found the one! You have a look while I get someone out here to get the paperwork started.” Chase sounded about as excited as his grandson.

“All right – let’s see who will be eating our shoes, furniture and my nerves from now on …” Eric sighed, smiling defeated.

The lucky winner was a beautiful Border Collie, still mostly a puppy, even though almost fully grown. 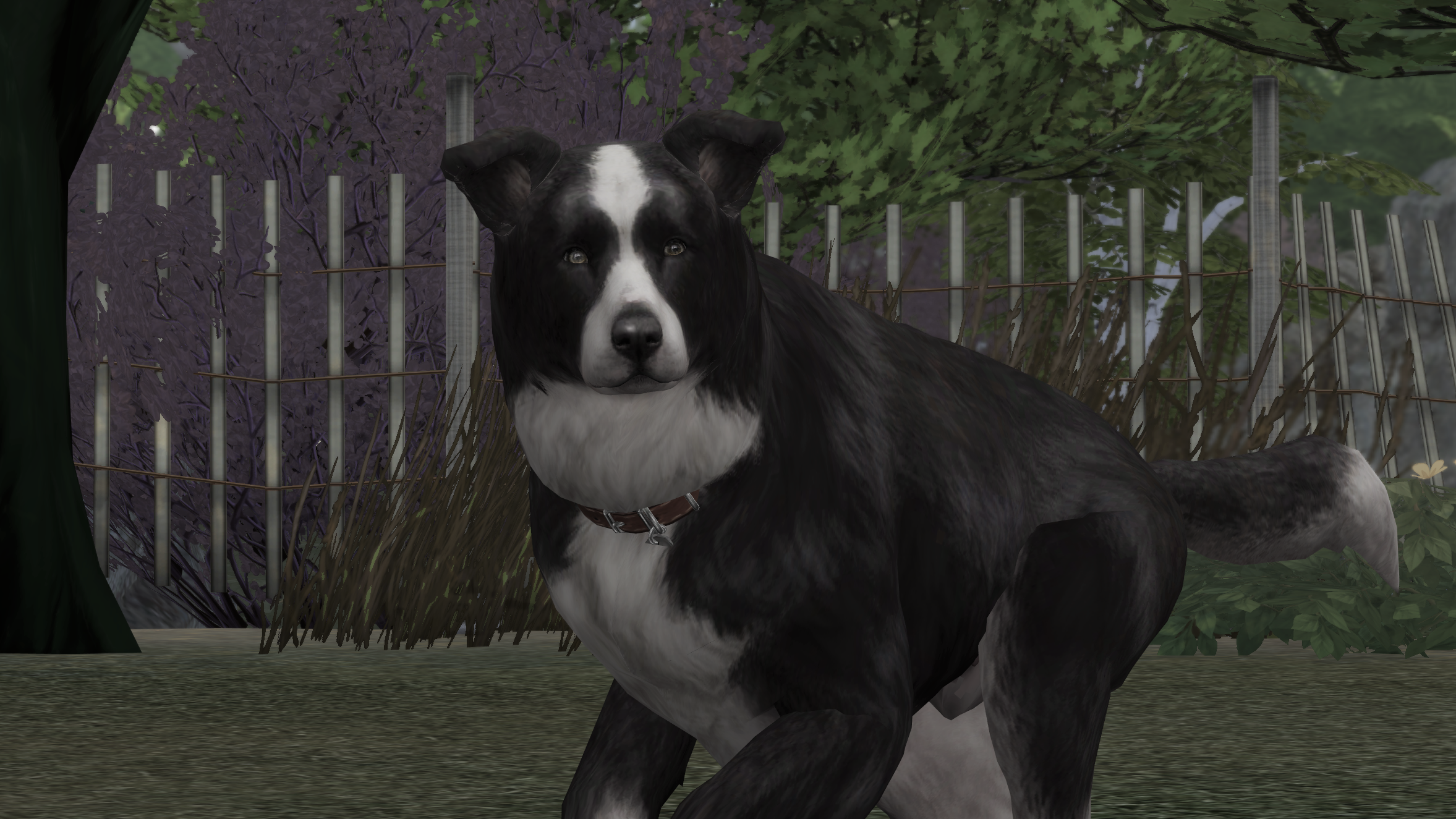 Jamie and the dog hit it off right away, matching attitudes and energy levels. Jamie decided to call the male dog “Montana” since the shelter they got him at was in a very mountainous region.

A few nights later after dinner time Eric went to talk to Jamie in his room. A tough talk, one he decided man to man might be easiest. Charlee had just found out they were expecting again. 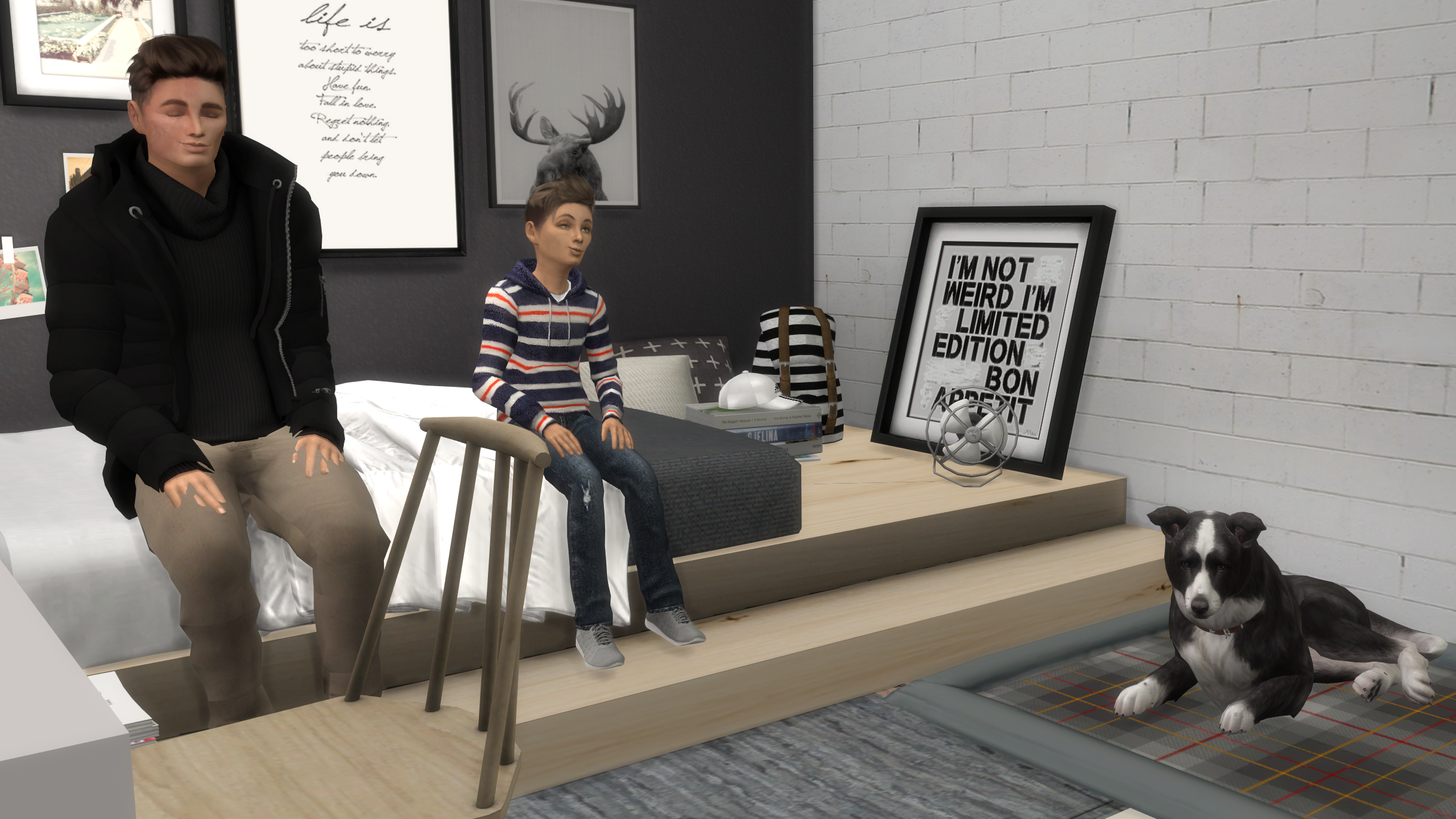 Surprisingly the talk was quick and simple. All Jamie was worried about was his dog. After Eric assured him Montana would always be his dog, Jamie was fine with the subject and even offered to take out the trash without his mom having to ask him from now on to ‘help out’. Well, fine by the parents to be.

When Charlee tucked her son in a while later, she had to hold back tears.
“Good night, my little big boy.” she sniffled, earning one raised ear and one half open eye from Montana from the dog bed, which both parents knew the dog was only ever on until both parents said goodnight. He always slept in Jamie’s bed with him, as the hair on the bedding told. 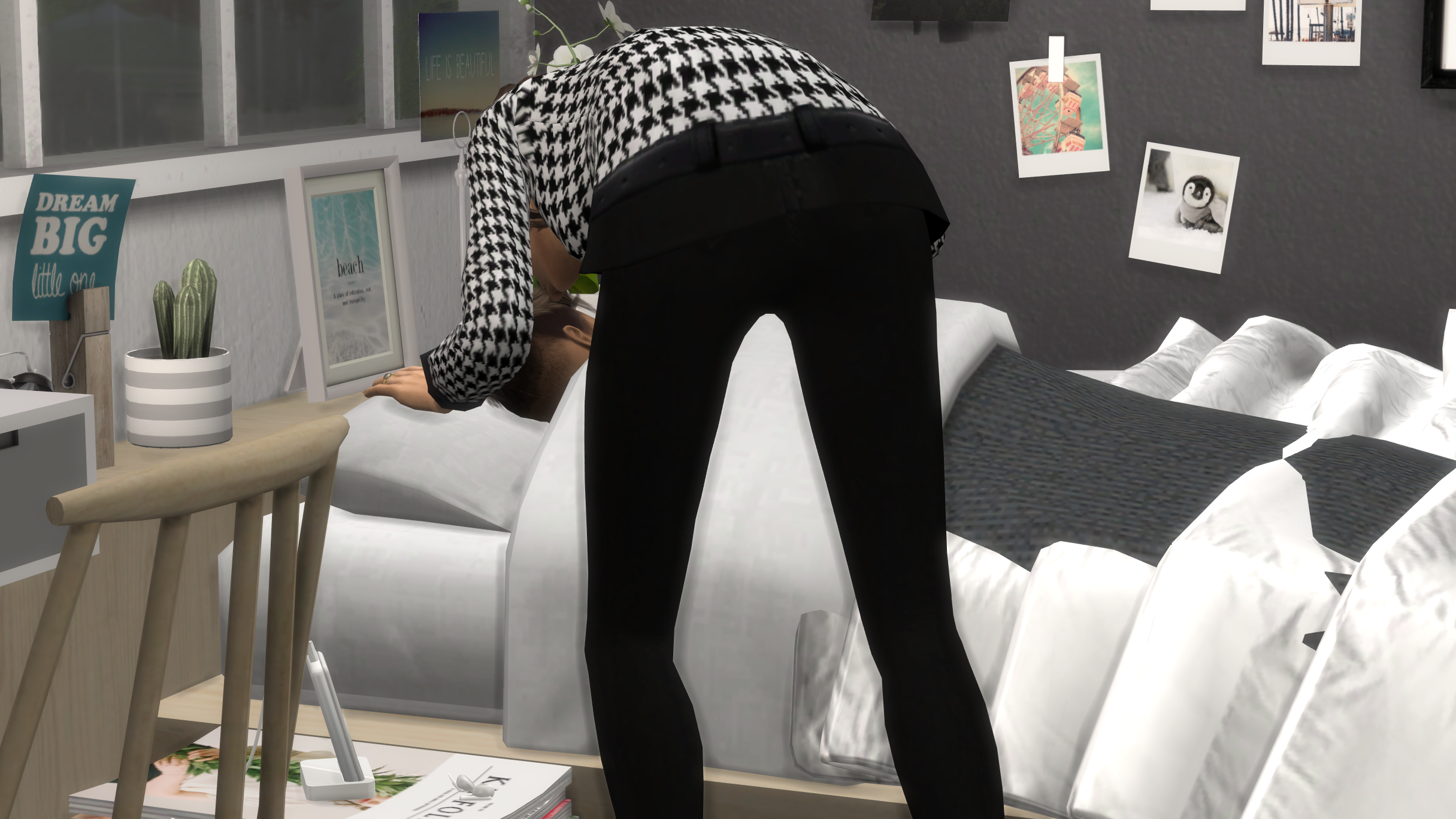 The next months passed in near fast forward, busy with work, Jamie, the rest of their family it seemed to just fly by. Charlee began to show much sooner this time, but the pregnancy was kinder on her than it had been with Jamie. 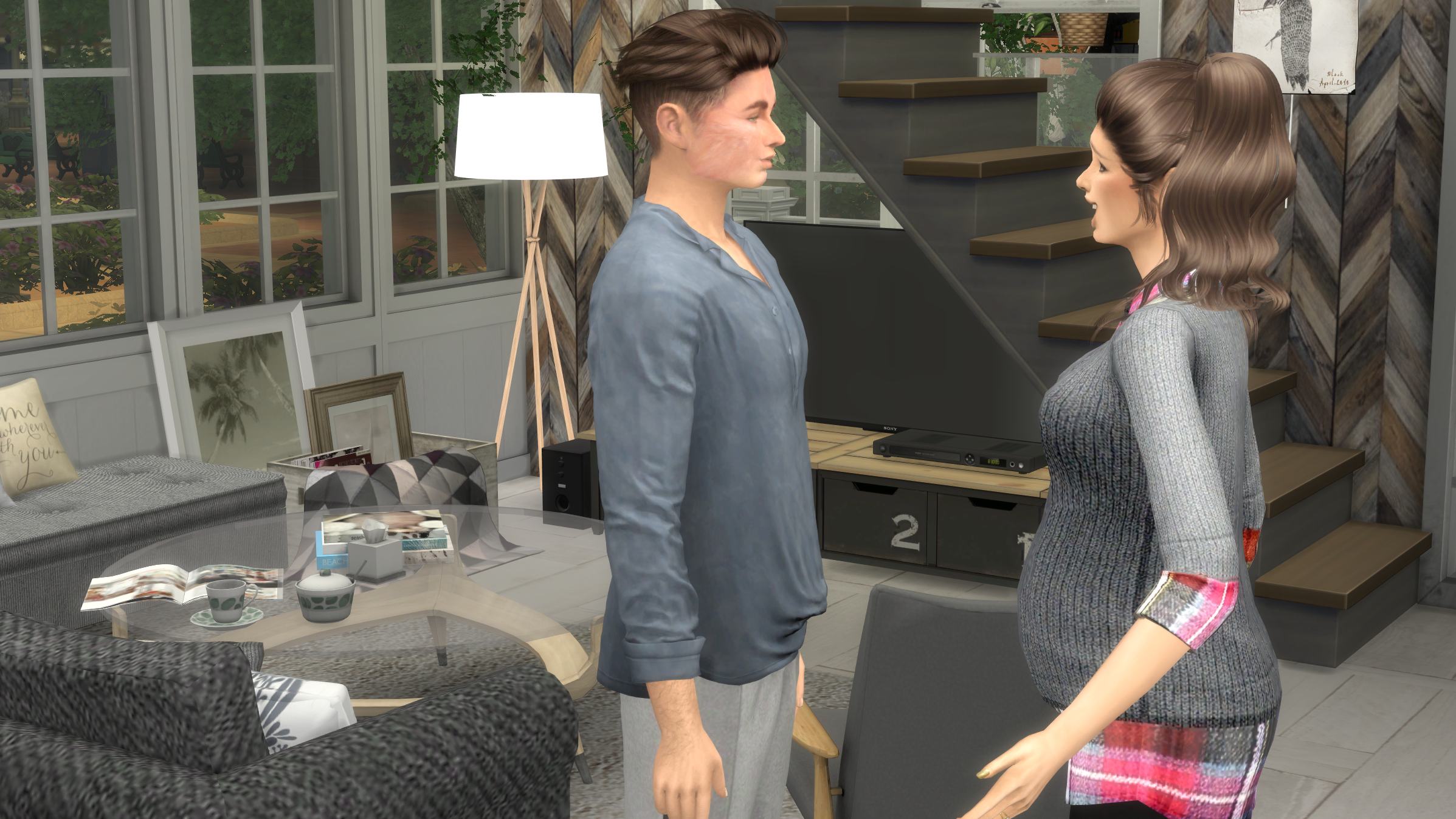 Before they were ready, it was go time again. Luckily this time with a little more warning and prep time, even though Eric was called away from work when Charlee started having contractions.

He rushed to get her, rushed even faster to the hospital, signed her in and soon she was taken to get ready for delivery. 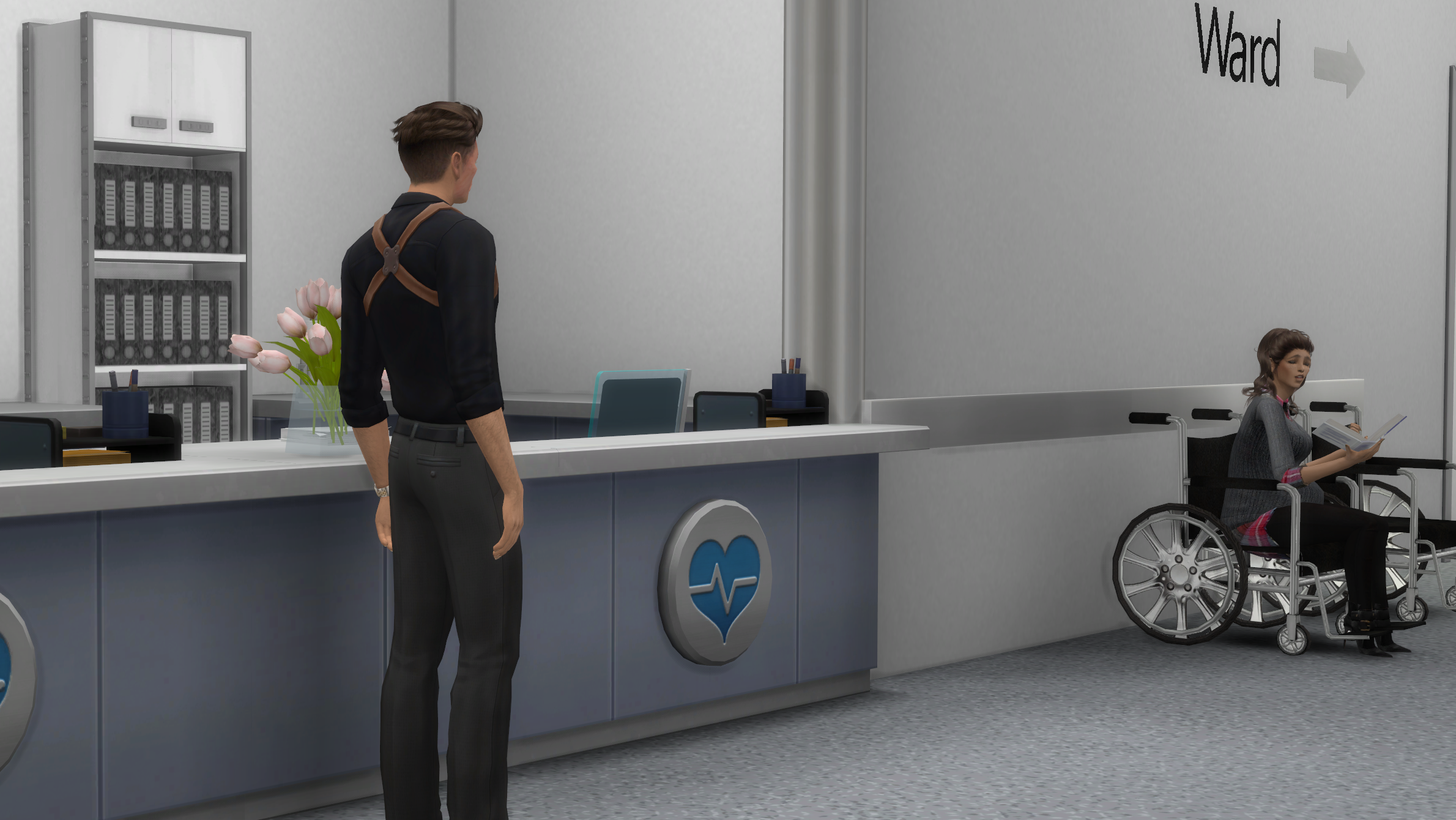 The birth was smoother than it had been with Jamie, but it was still the one place that was just not for Eric. 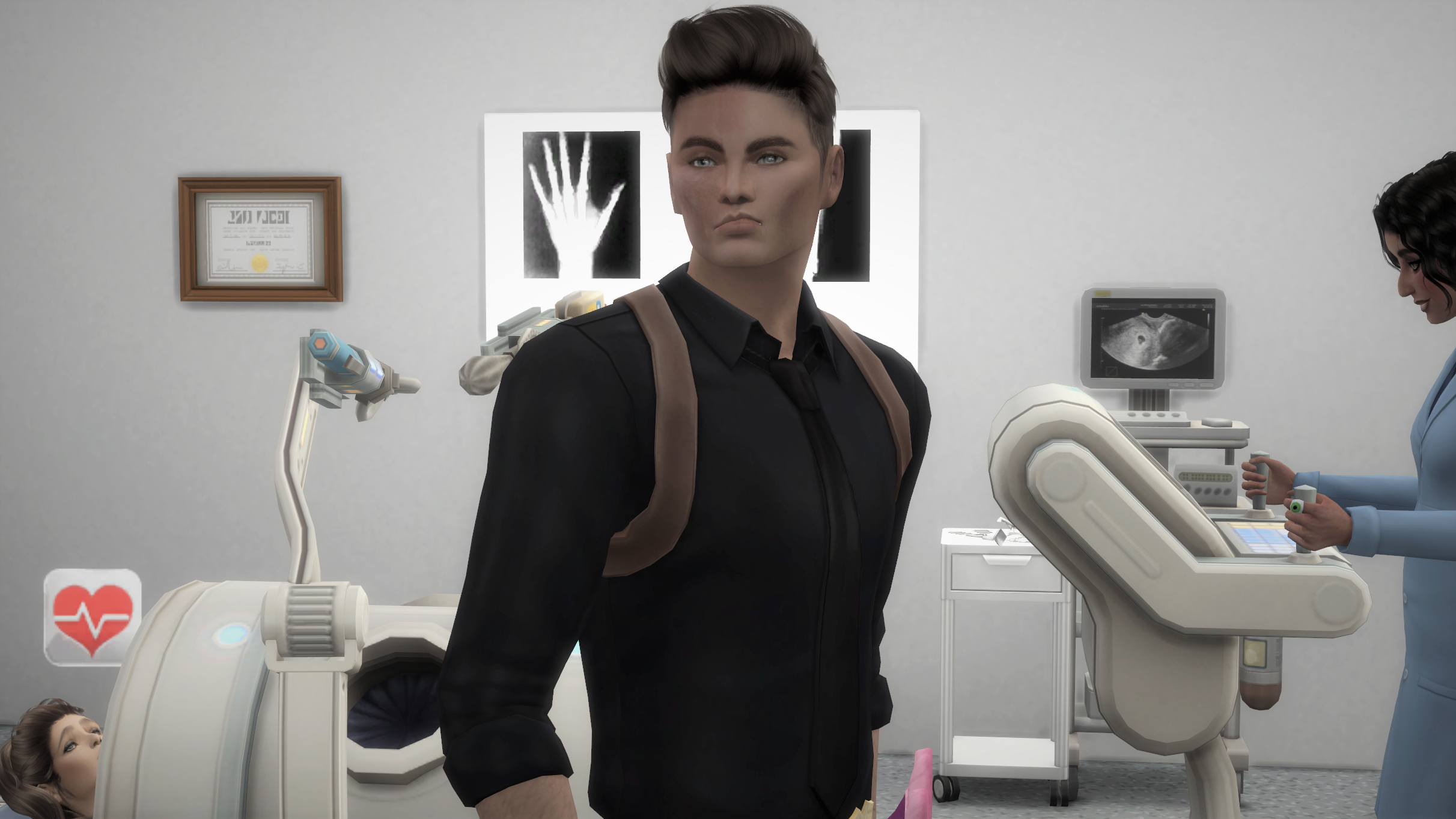 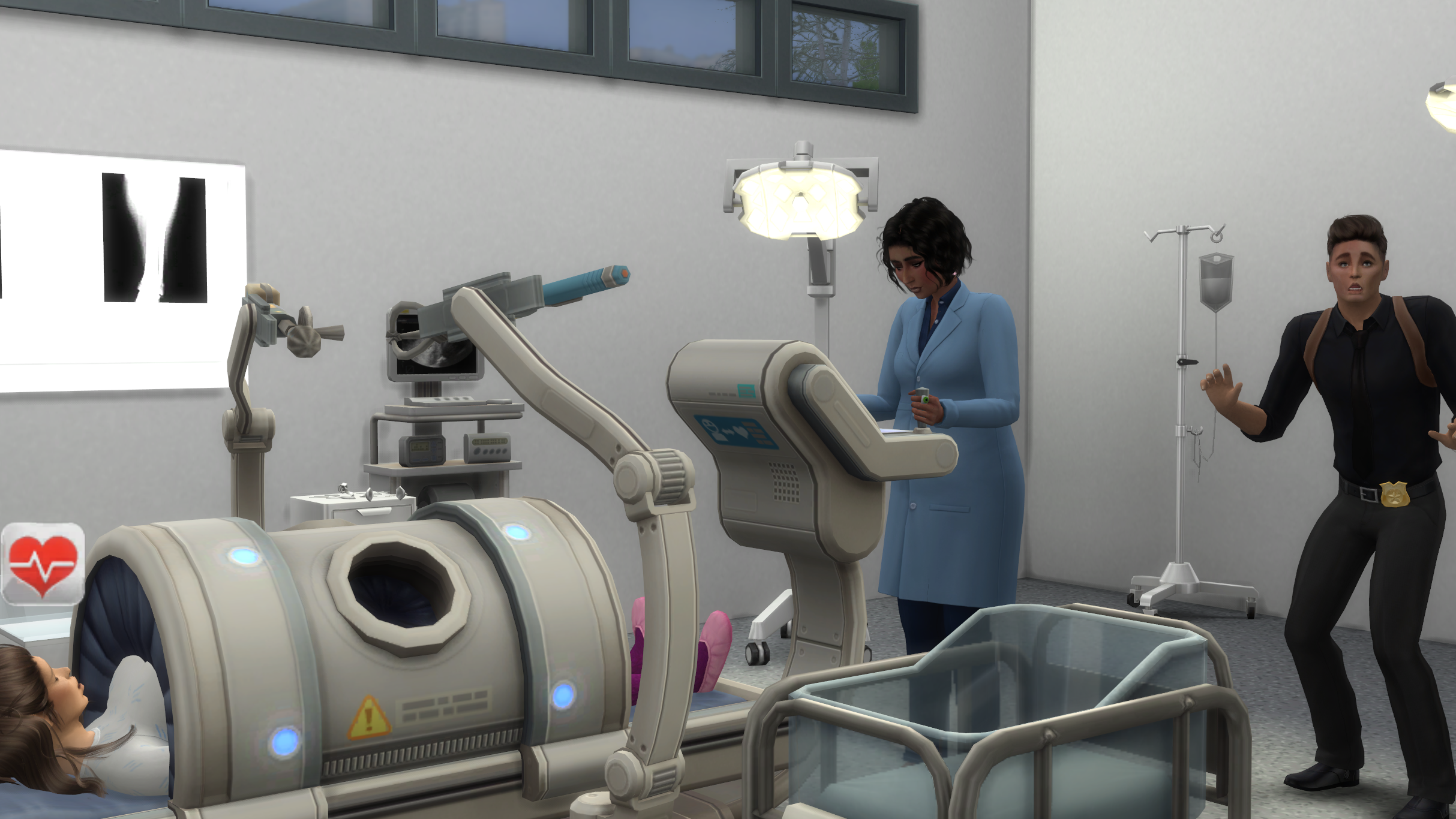 Five hours later they were parents to a healthy, beautiful little girl. 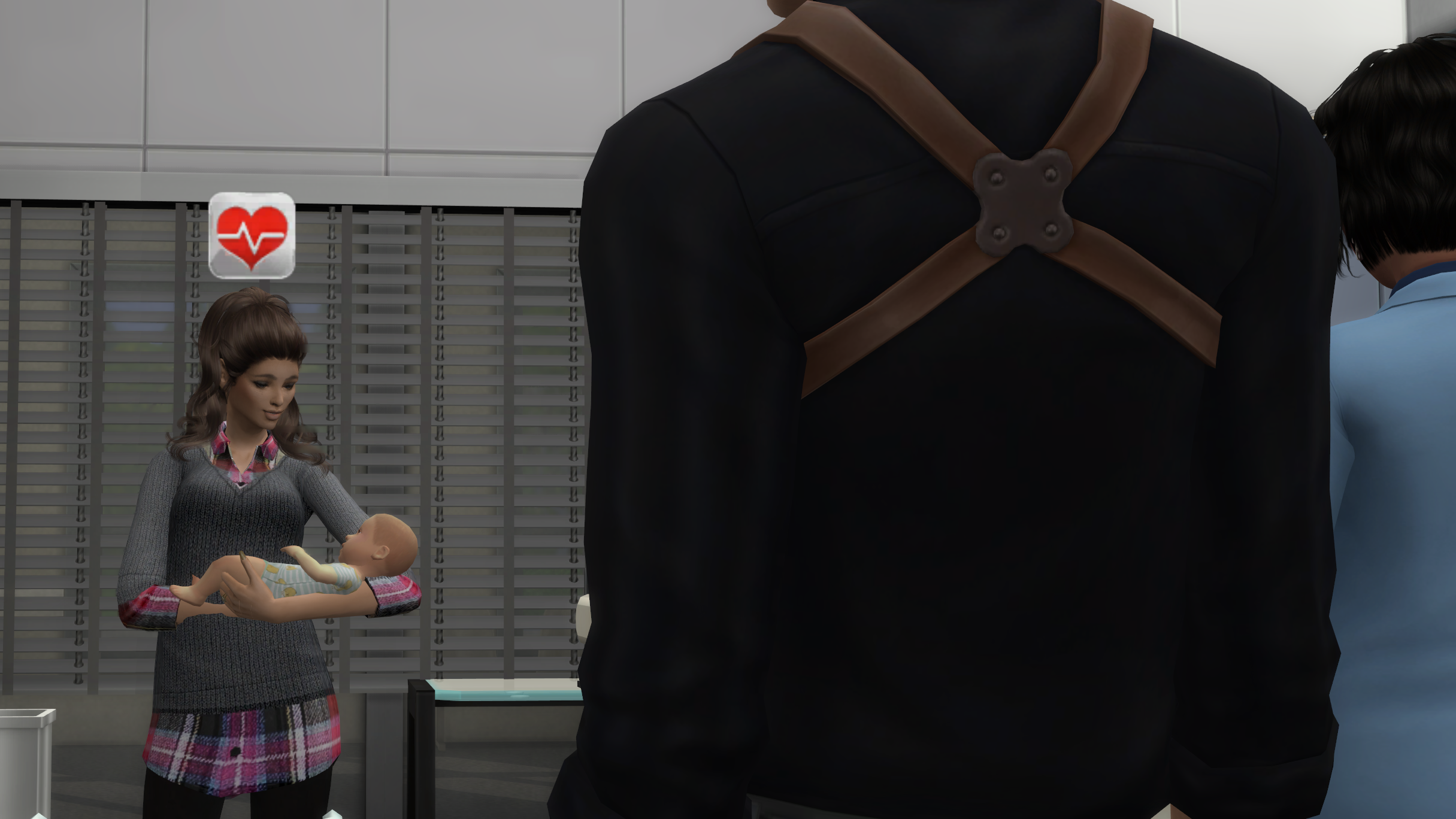 Life at home changed, but it was a very smooth transition. Jamie really didn’t complain once. Most of the time he wasn’t even home, roaming through the outskirts of Brindleton Bay with Montana, which made him and the dog happy and gave the parents some time to get used to the new addition and fully embrace the fact that their little family was now complete. 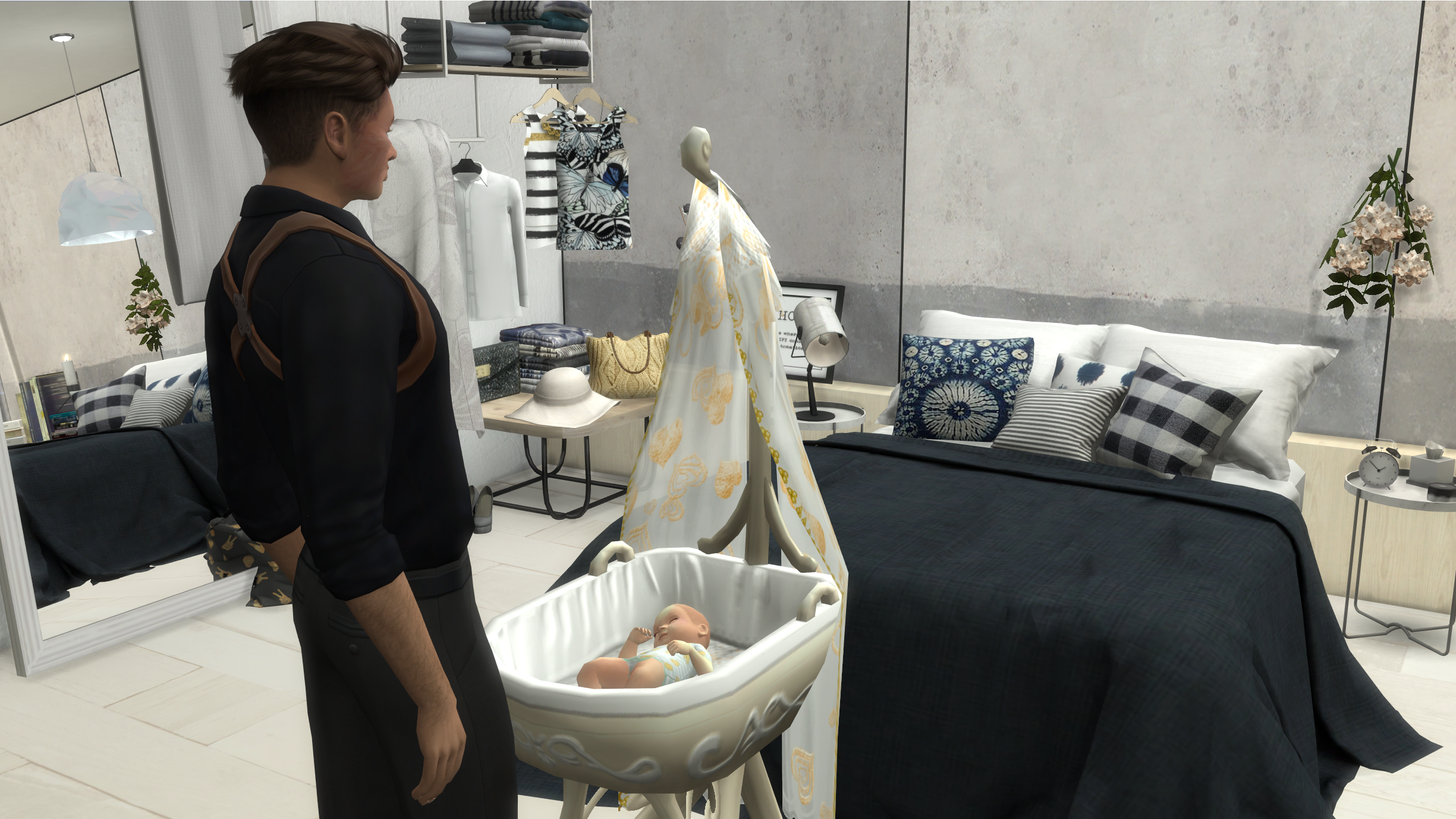