Happiness is neither virtue nor pleasure nor this thing nor that but simply growth, We are happy when we are growing.

Eric and Charlee patched up their marriage. More than that, it had grown stronger than ever before. 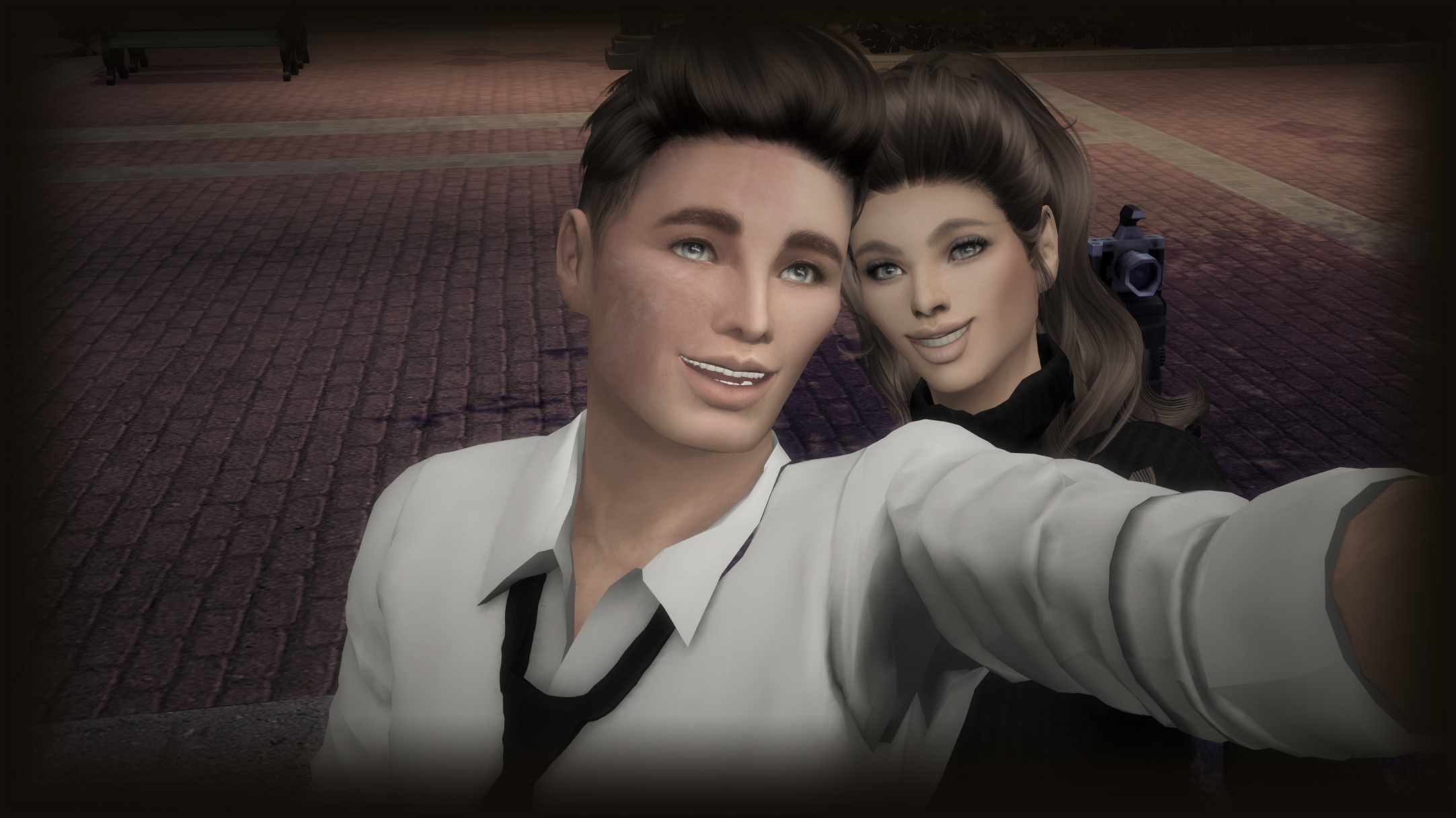 Charlee ended up closing the Gallery and putting it up for sale, to instead paint for fun, sometimes on commission or selling it online, but mostly dedicated herself to raising their two children, being a wife and partner to Eric and a daughter they never had to Chase and Shea.

Ewan bought her Gallery, while preserving its original look as much as possible he had it remodeled into a dance club-karakoke bar fusion named “Wild at Heart”, where young talent could go and perform before an audience. 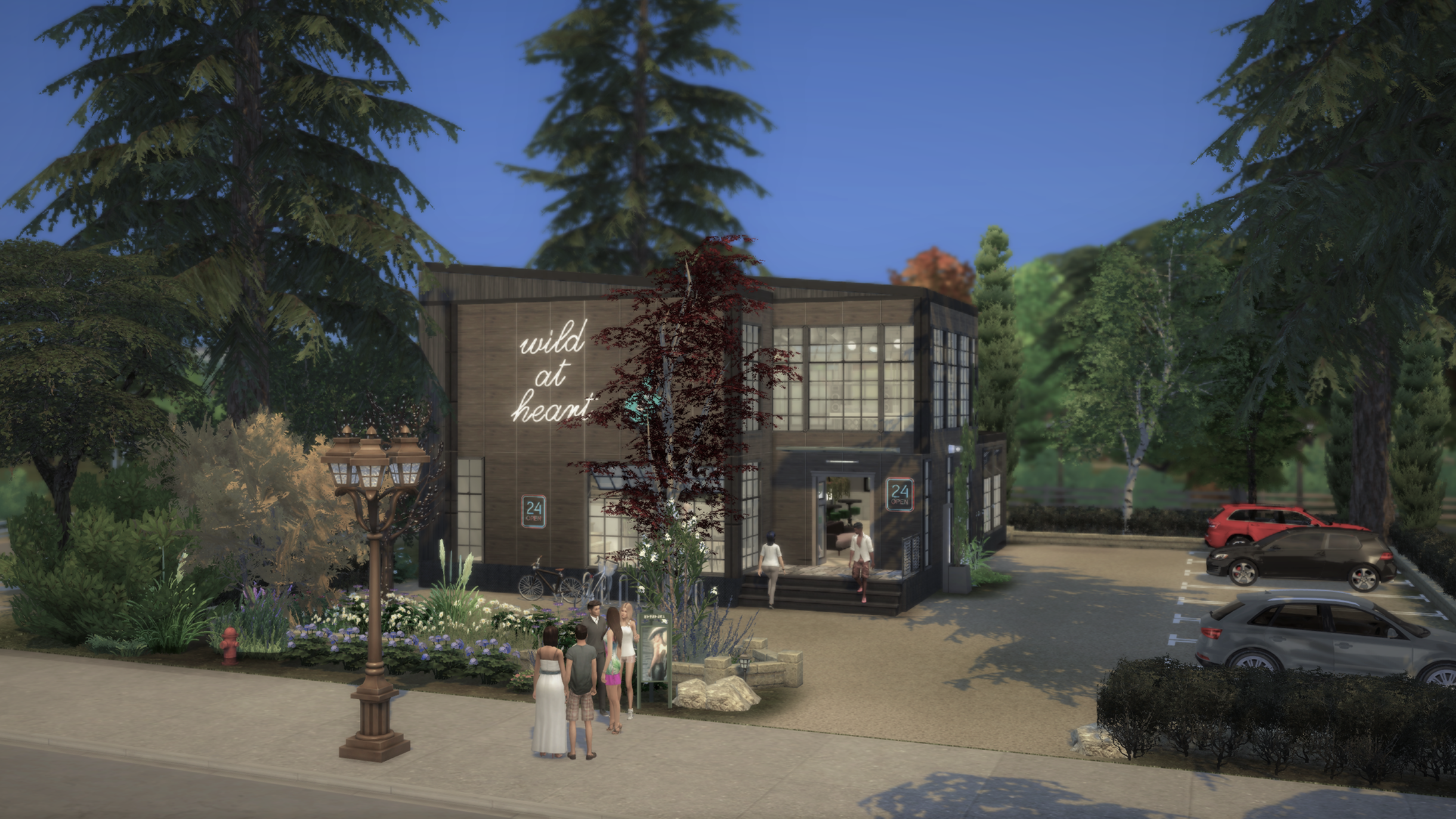 He ended up donating it to the city with stipulations that it had to remain as is. He became the hero to young and old, finally giving the residents a much needed place to let loose. 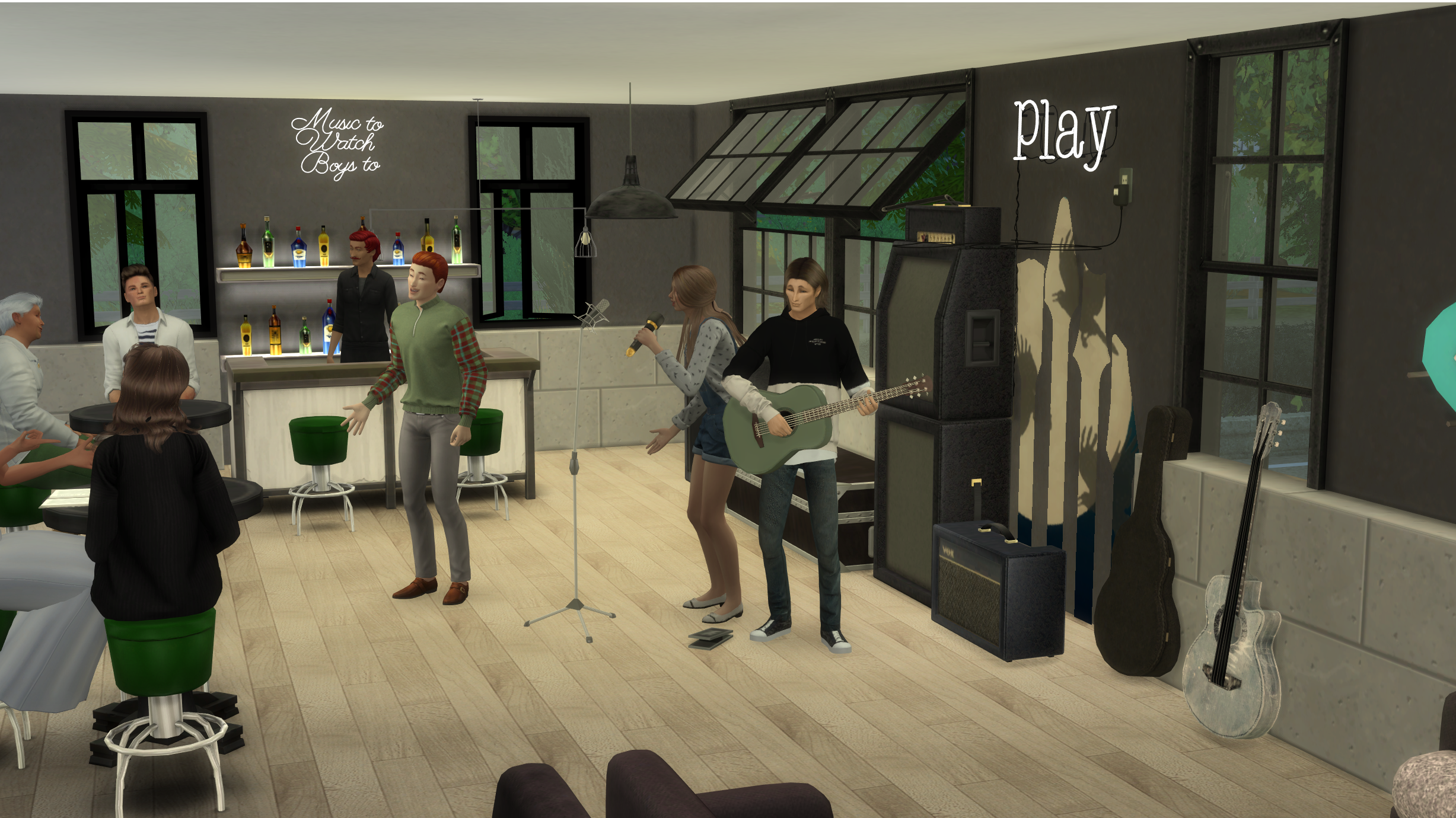 As hard as it had been for Charlee to let go, this more than sweetened the deal and became one of her favorite places to go.

The temporary stay at the Beach House had quickly become permanent, as all involved much preferred it that way, even though it could get a little crowded at times. 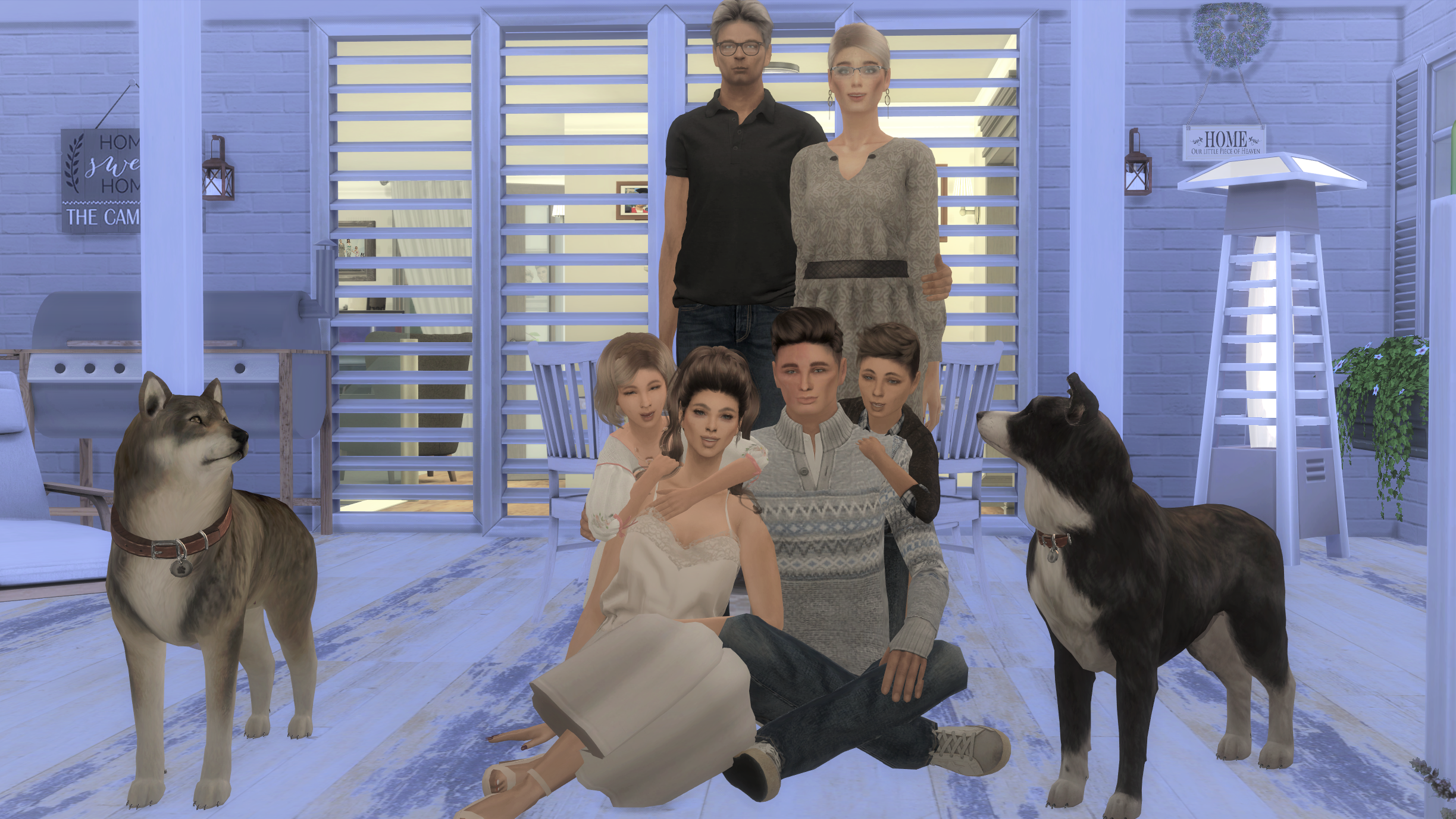 Having Eric’s parents around most of the time was therapeutic for Charlee, soon making her visits to Dr. Holton mostly unnecessary. She blossomed, which had a positive effect on Eric, who had meanwhile climbed the ranks to chief detective at the Willow Creek police precinct. In this quaint, calm and warm environment shared between three generations of Camerons, both children grew into healthy, happy teens. 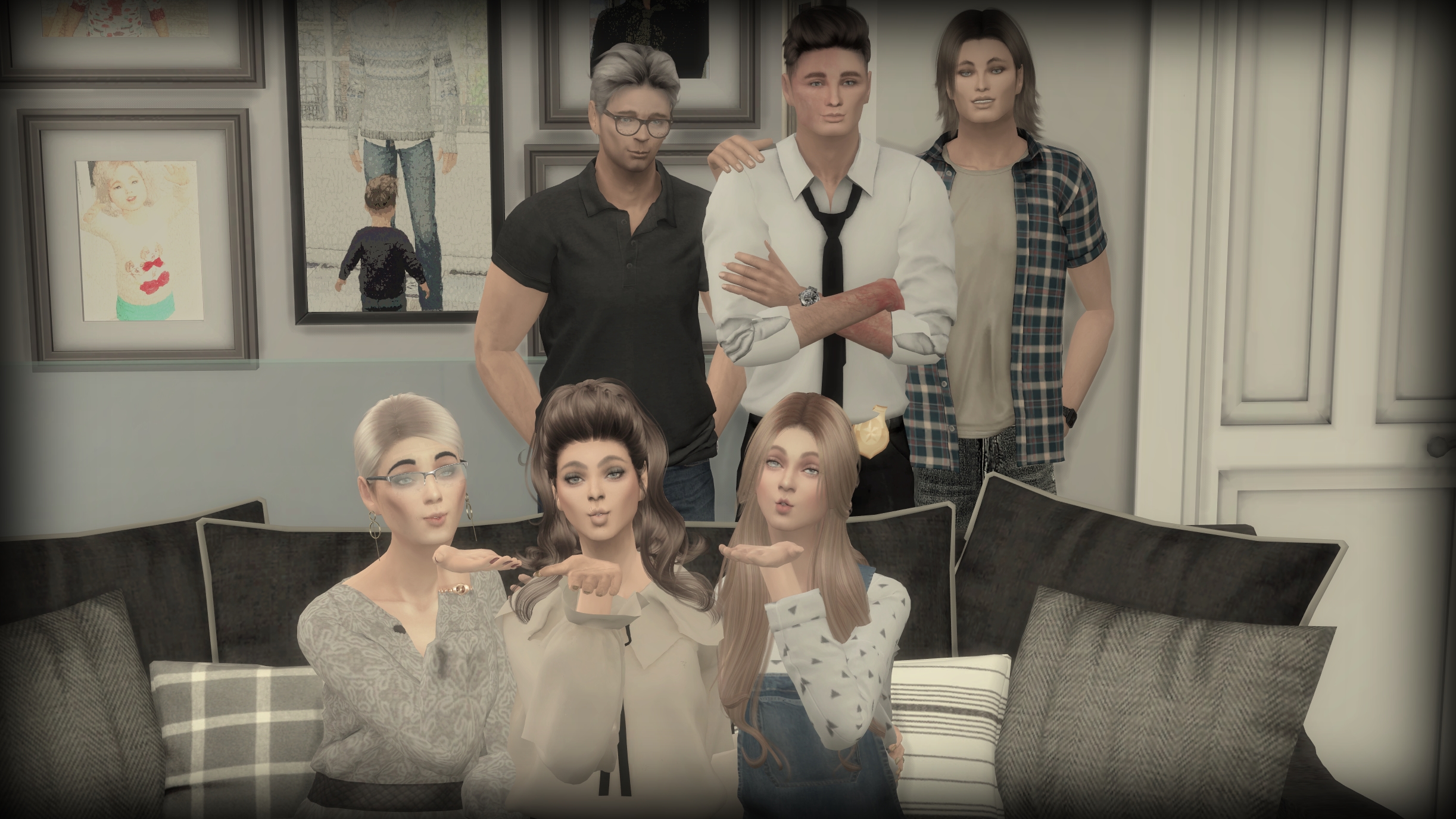 Back when Eric and Charlotte made the tough decision to sell their old house, Eric’s cousin Bryan’s twin sons Colton and Connor purchased it as is. It was located right next to their childhood home, yet allowed the young men the freedom and liberties they craved and it suited Eric and Charlee well.

While the twins loved to party and had no designs on settling down anytime soon, their older sister Brylee was already engaged to a nice and polite young man. It was crystal clear that she would follow into her parents’ and grandparents’ footsteps in more than one way, not only by becoming a teacher like all of them, but also – most likely – by marrying young, like they had. This still remained to be seen, as there were no immediate plans. 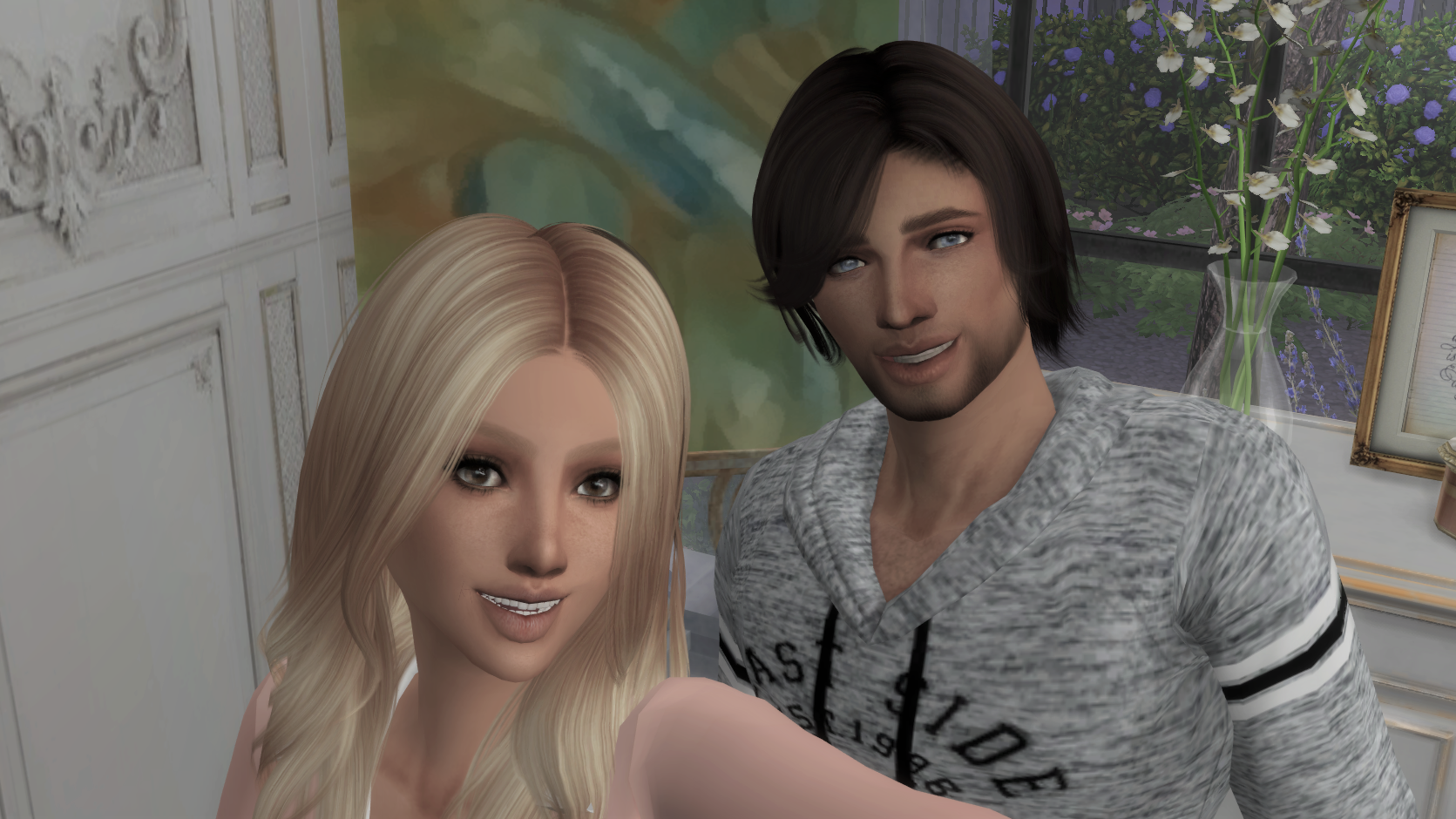 Time had not stood still for the children either.
Most of them had grown into teenagers by now and become a closely knit clique. 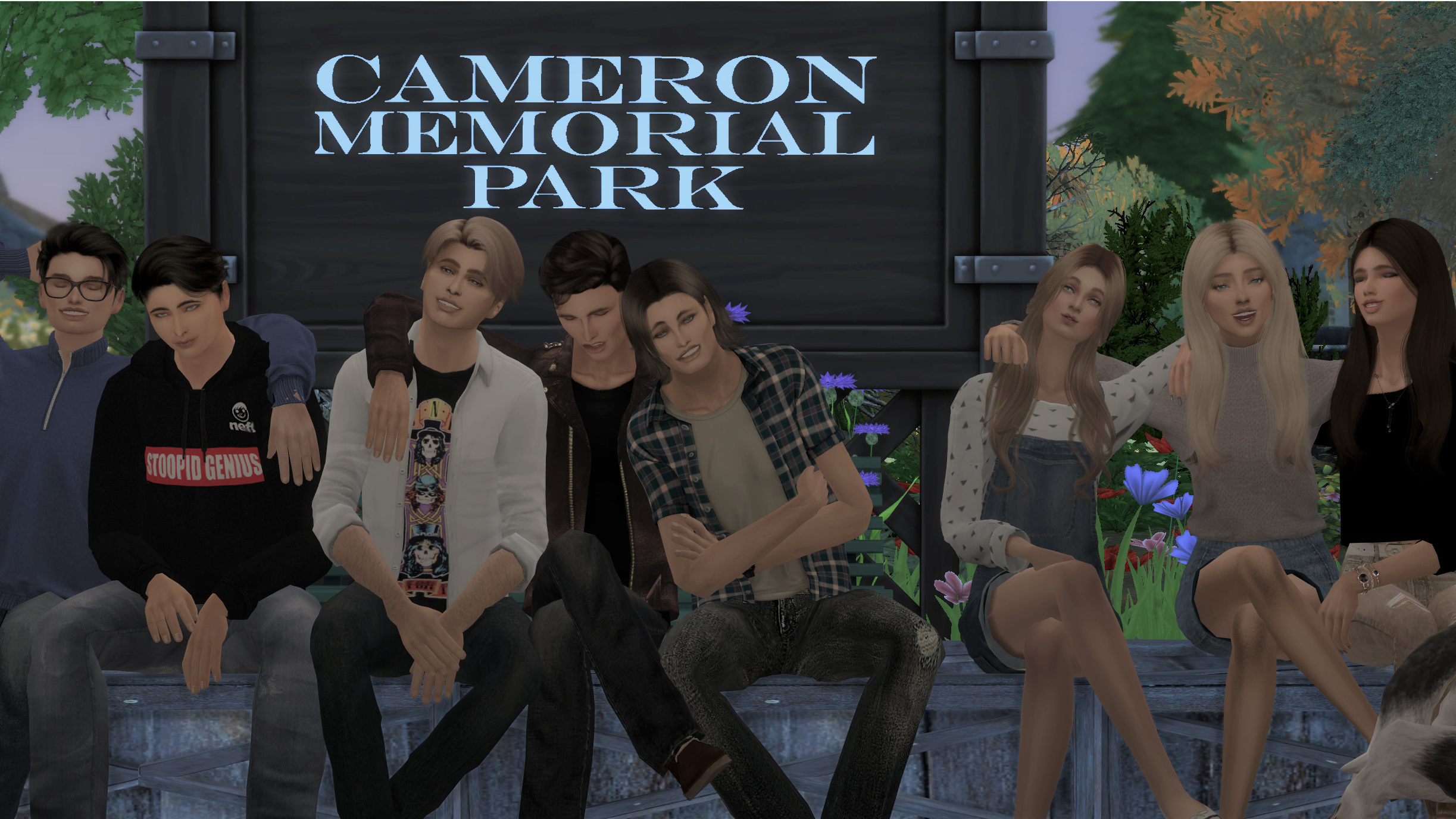 Unless you were old enough to drive already or someone drove you somewhere you were pretty much stuck with whomever you knew from school. Most Brindleton Bay relationships had started in school and a very high number of those even lasted. All eight of the children closest in age to each other were close friends since early childhood, still spending most of their free time together.

Ewan had been a proud father all along, now bursting with pride about the fact that both of his children, Gavin Zane and Courtney Elise, not only were spitting images of him – and by extension his own late father Elias – but also were growing into determined, confident young people who excelled in school, with very high expectations of themselves. 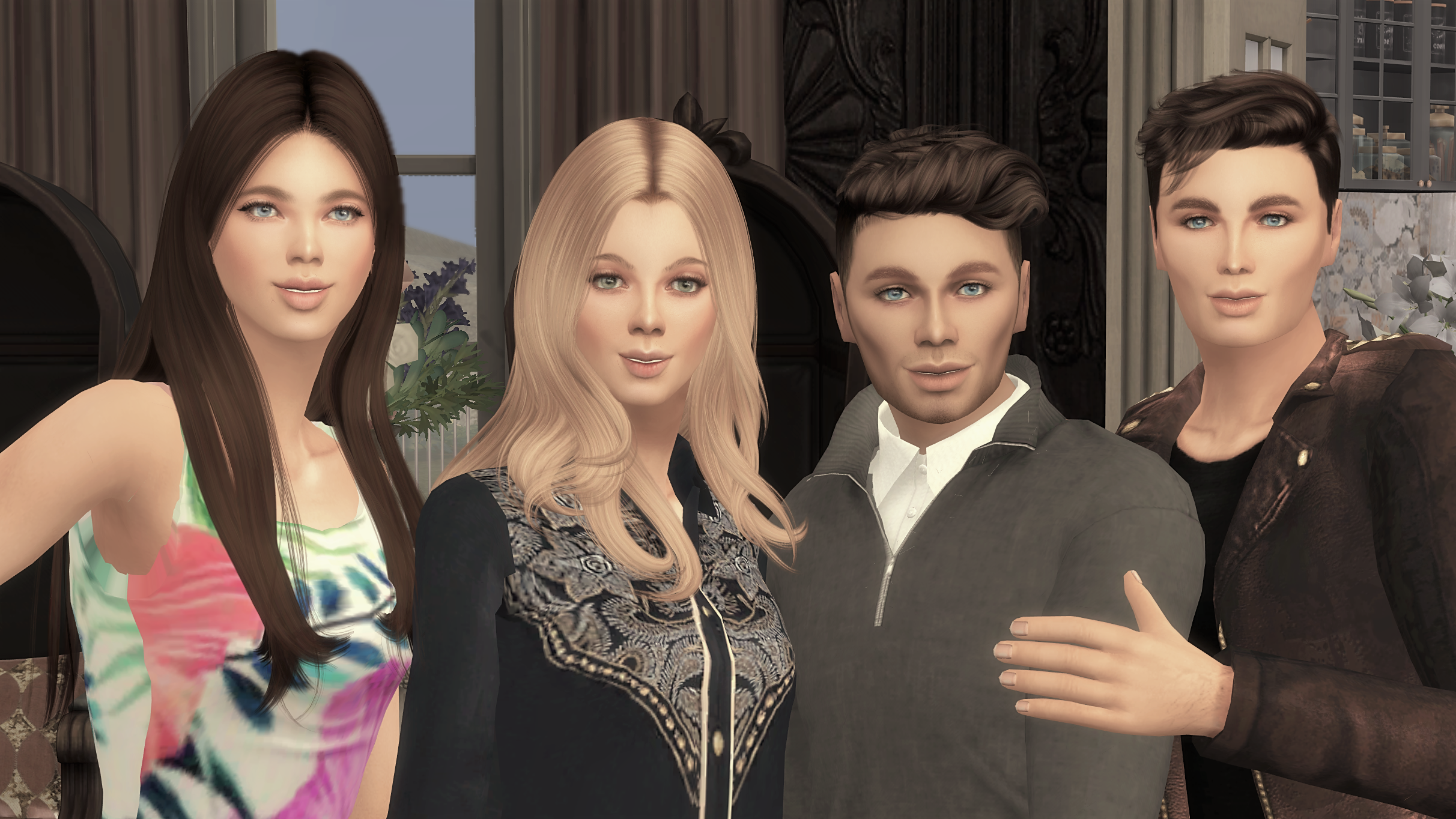 Ava secretly was thrilled that neither of their children had any desire to step into their father’s footsteps by becoming actors. Ava was long over his acting, or more accurately, all that came with it, the paparazzi, the fans, the tabloids and the lies, the never-ending supply of women trying to get his attention – and into his pants, the travel, time spent away from home. Luckily, because he knew she hated all that Ewan had mostly retired, only taking on a few roles and public engagements every now and then. By now they were so wealthy, none of them would ever have to work. That didn’t mean he wouldn’t make his children get a career anyway. Ewan was much too smart to raise entitled fools.

Hannah and Sven on the other hand had their work cut out for them with their daughter Blakely. 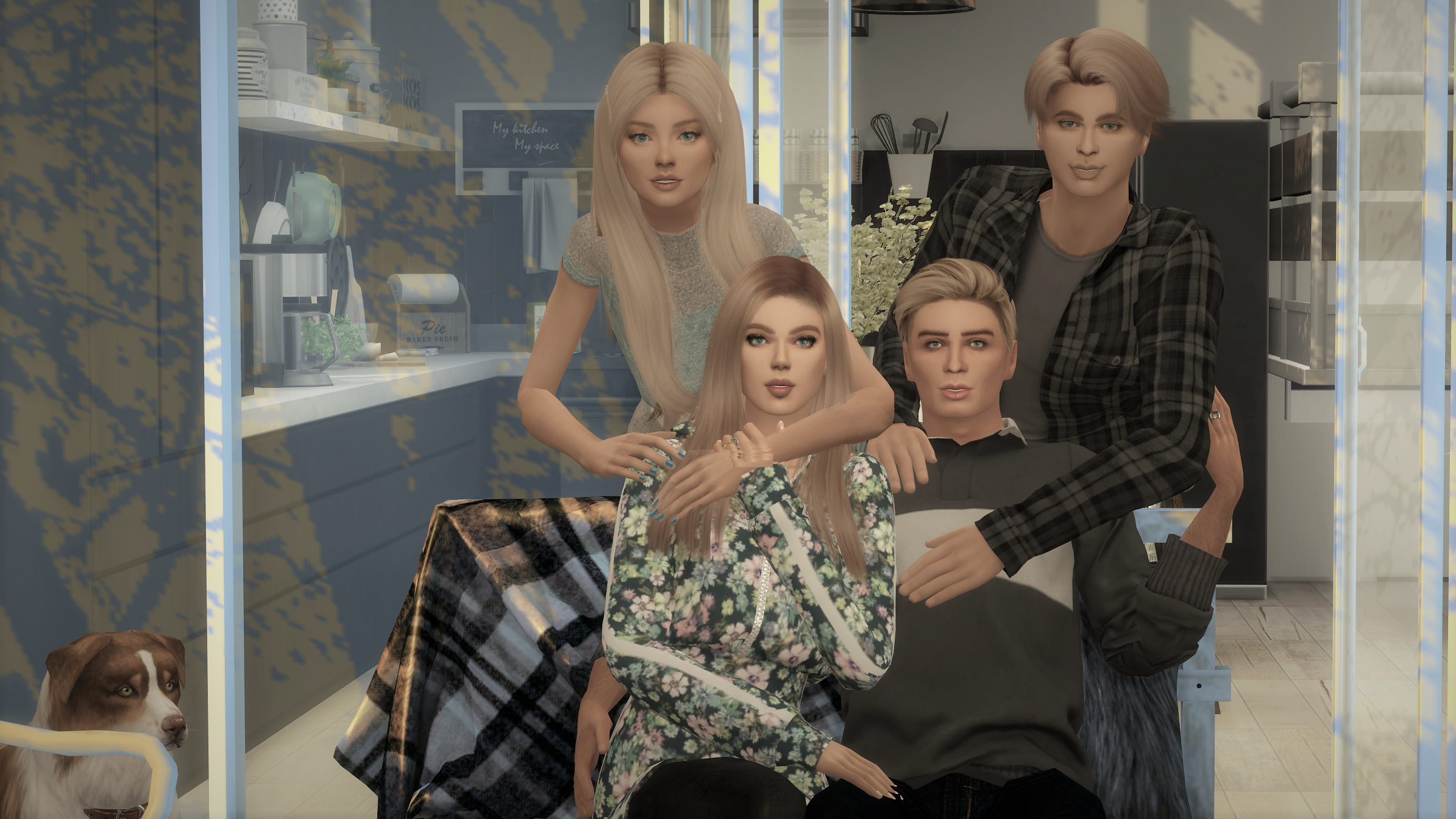 She was a good student and a well behaved daughter who loved her family to pieces, but not a wallflower by any stretch. She liked parties and dancing and – much to her parents’ dismay – boys, and they liked her, with her flaxen blonde long hair and turquoise blue eyes. By the time she reached 15 she had already dated quite a bit and now at 16 even had a steady boyfriend. While this was nothing unusual, Sven abhorred the idea. 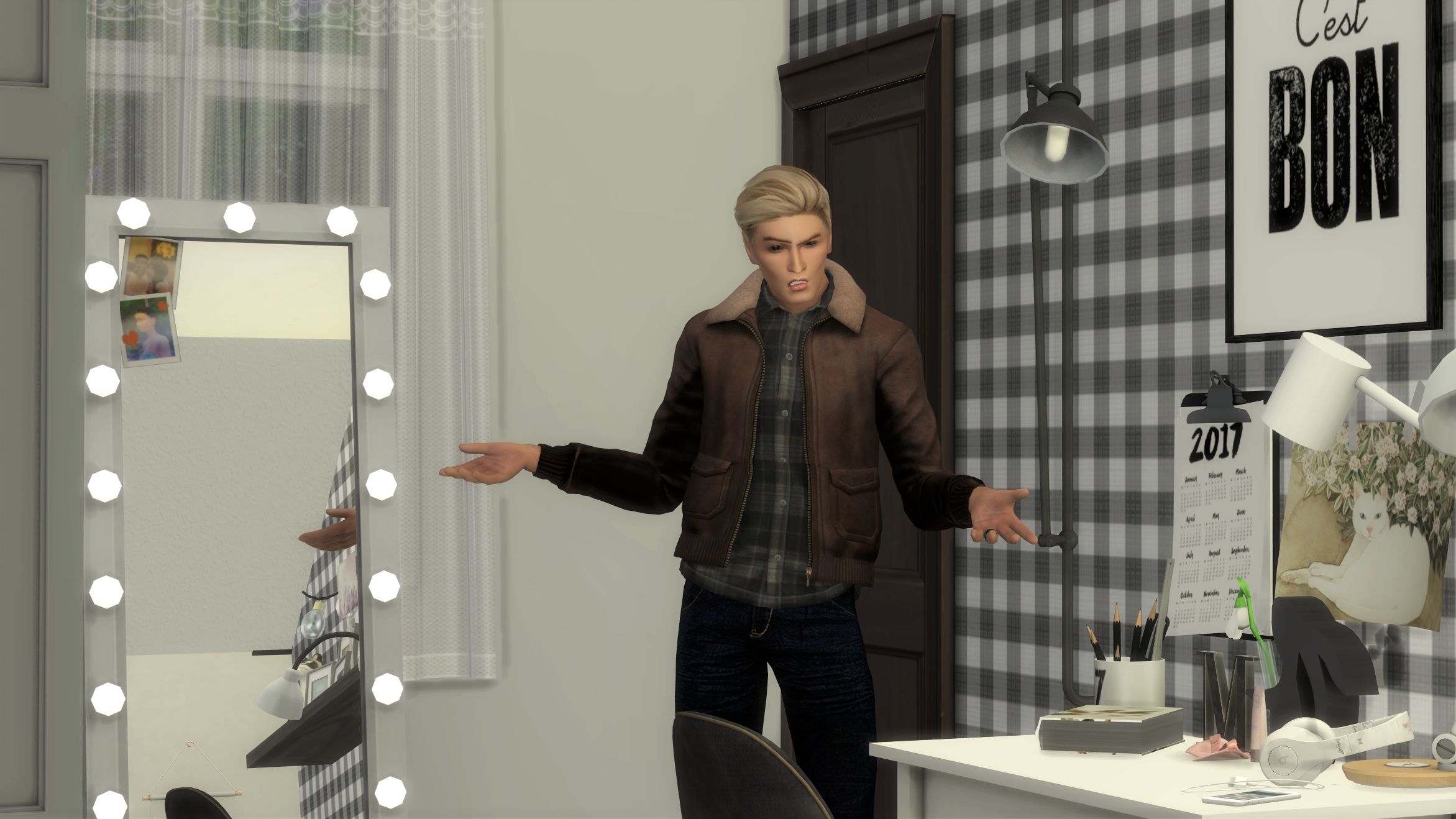 Even more so when he found out said boyfriend was Jordan Cameron, Ewan’s younger half-brother Lucas’ only son. He tried to forbid it, which failed gloriously, so he changed his approach, trying to plea with his daughter, reason with her, but Blakely always had a way to wrap her daddy around her finger and before long, she got her way. Officially. 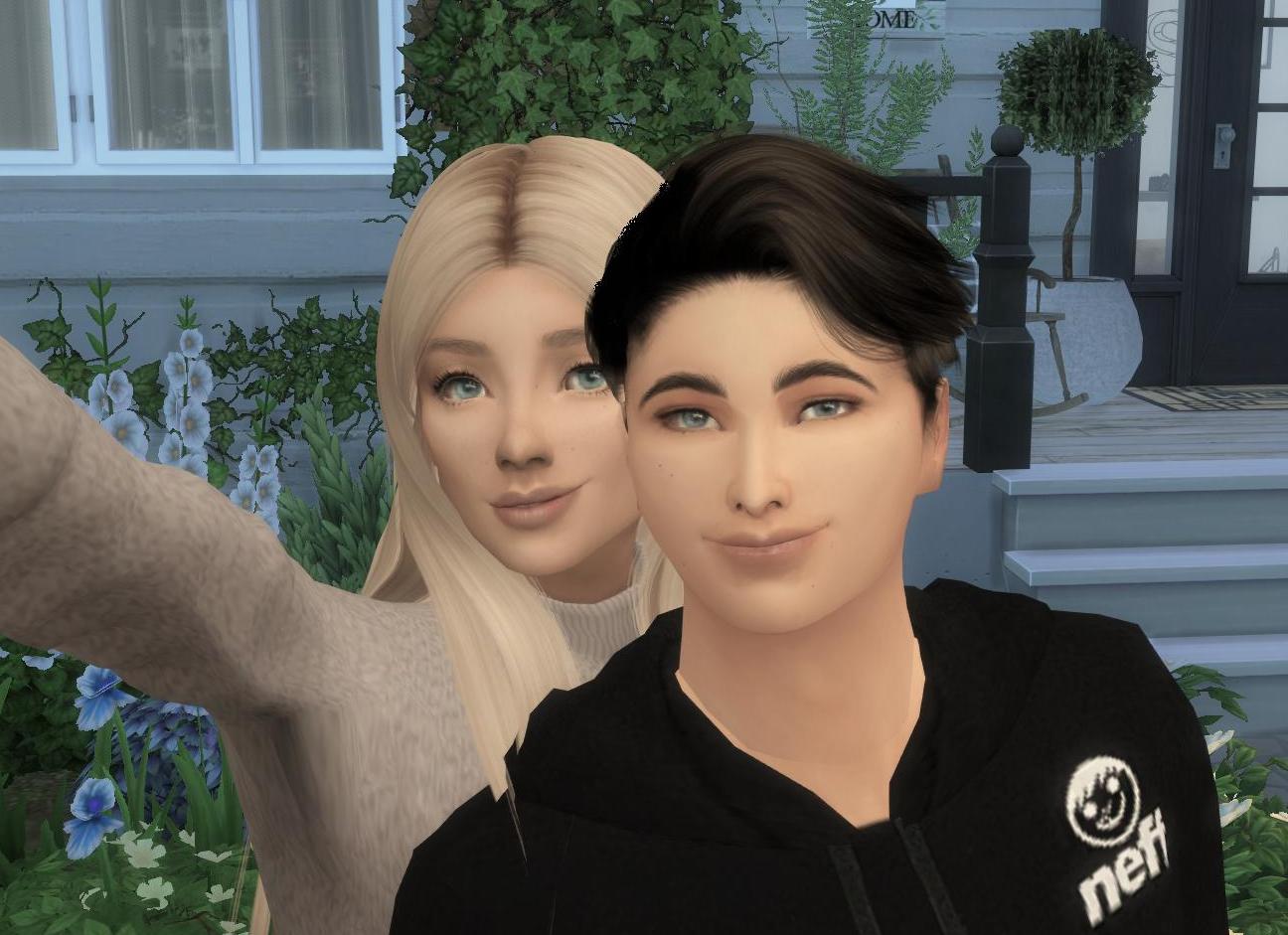 Her younger brother Jonah was less outgoing than his sister, more a follower than a leader, but by the time he reached the ripe age of 15 he suffered a serious dose of well hidden heartbreak, due to his secret crush on Caitlin Cameron, who was completely oblivious to that fact and still only saw him as her best friend, like they had been since kindergarten. 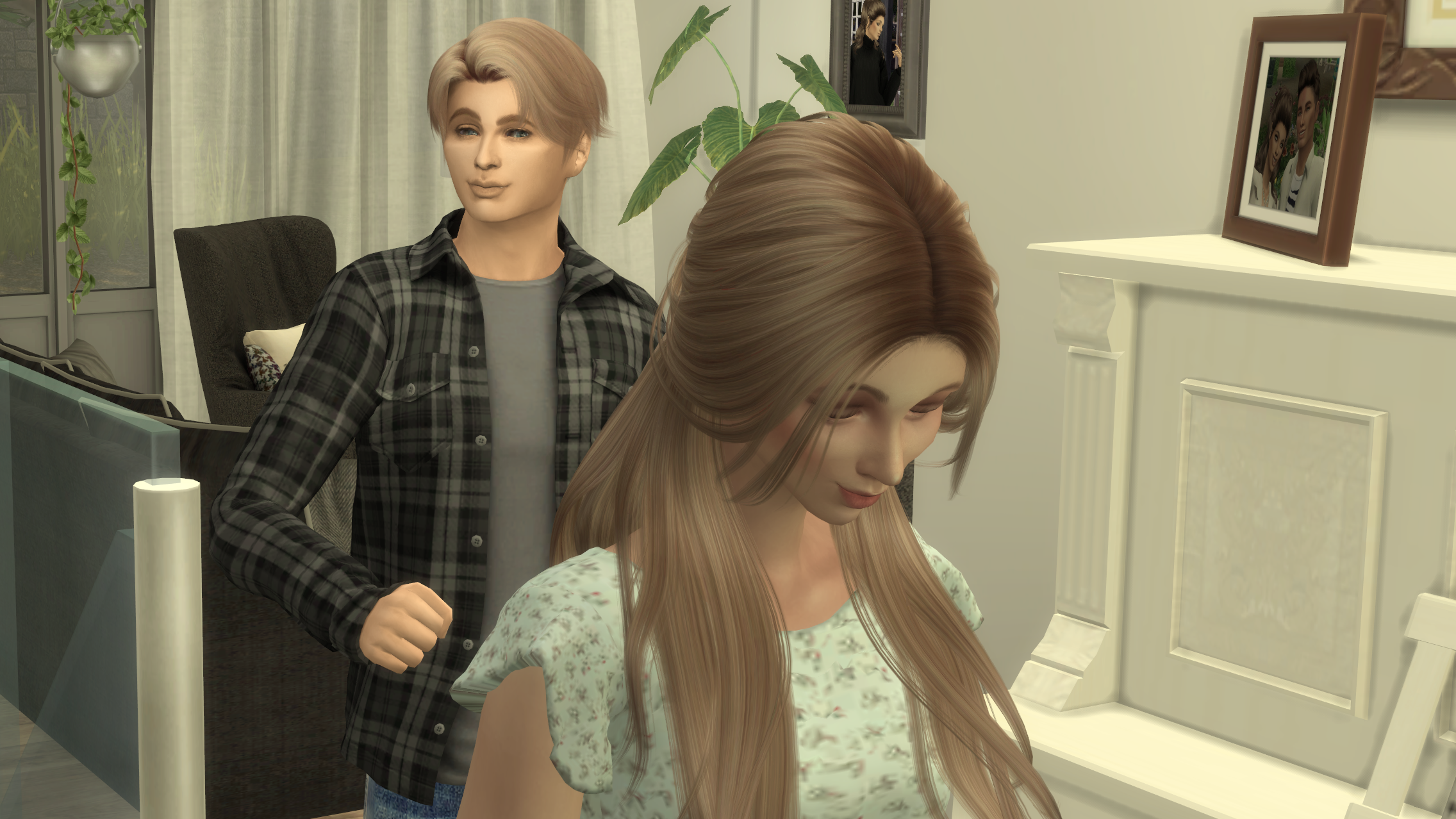 He was much too shy too tell her how he really felt, continuing the act of platonic best friend, especially when she very obviously developed a serious crush on CJ McNeill, after CJ started hitting on her during one of the teens’ parties at Everett Heights. CJ had dared her to do a keg stand – with non-alcoholic punch, but still – and she thought that was just the most outrageously daring thing ever. After that, she would have this sickenly sweet smile whenever CJ was around, who would blush and be reduced to a puddle of compliments for her, even though neither made the first move. It was painful to watch, especially for Jonah, but for other reasons then for most others. 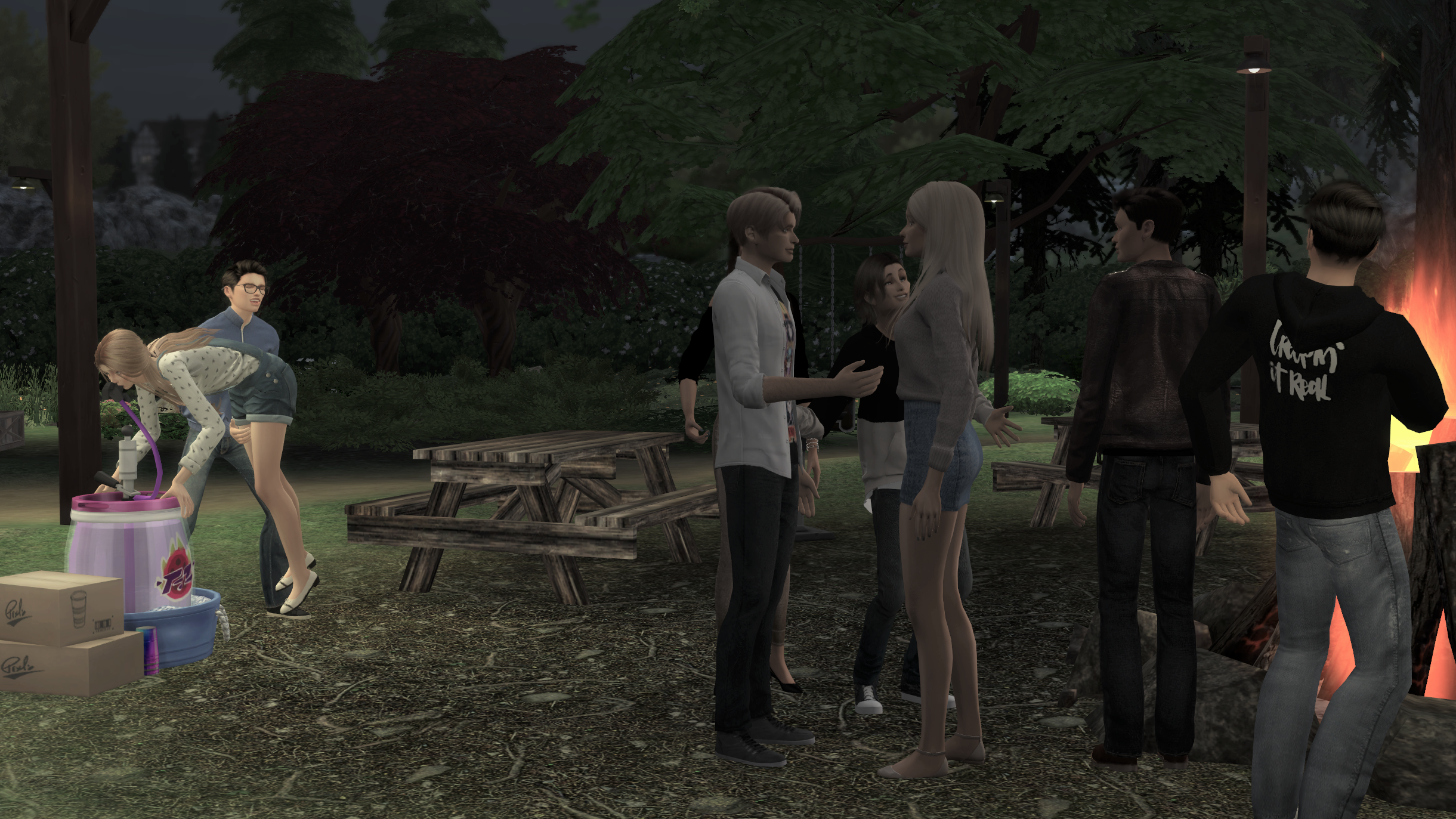 Jamie – Caitlin’s older brother – still only had pets and music on the brain, but he kept his grades up if given the right incentive. Jamie’s parents and grandparents’ already braced themselves for the big arguments when he would come out with his plans to become a musician, which they all were sure of was looming on the horizon. His grandfather Chase remembered the lifelong struggle his own late father Blake Cameron endured for many years before his final breakthrough, nearly breaking his own spirit many times, and really didn’t feel like his grandson should even attempt it. Jamie’s parents agreed. They wanted him to have a solid career, and music to remain a hobby. 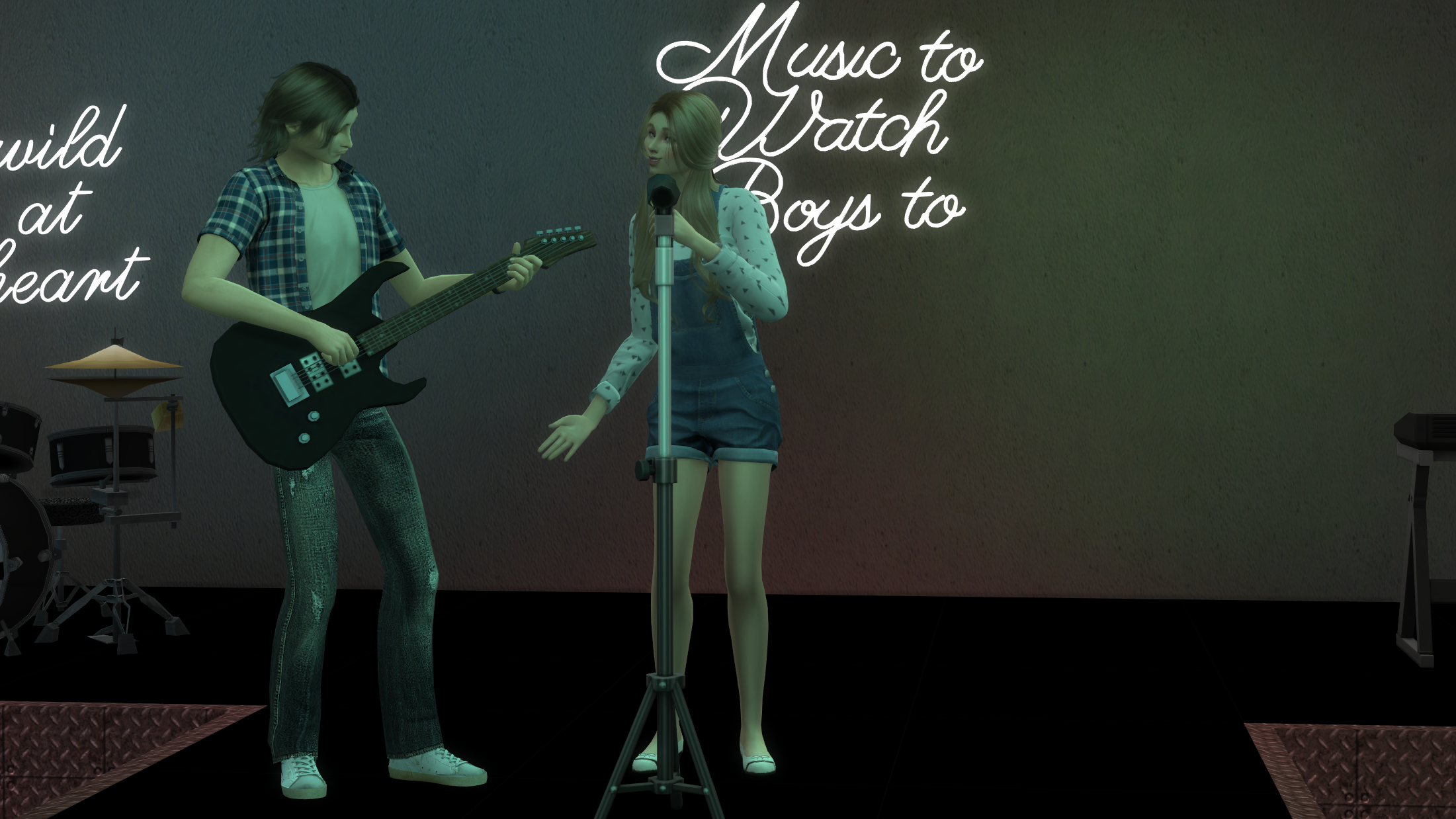 The impending argument was destined to happen one day soon, but postponed for the time being. The quiet before the storm.
Jamie had lots of crushes, he liked a broad spectrum of girls, but never once acted on any of them, even at now 16, had yet to have a steady girlfriend.

It wasn’t for lack of opportunity, he pleased plenty of girls’ tastes, but he was still more interested in roaming the outskirts of Brindleton Bay, just him and his now aging dog and best friend, Border Collie Montana, nicknamed “Monty”, like he had since he was a boy, where he would often find secluded spots and write music. Jamie and Monty, usually where there was one, the other wouldn’t be far. 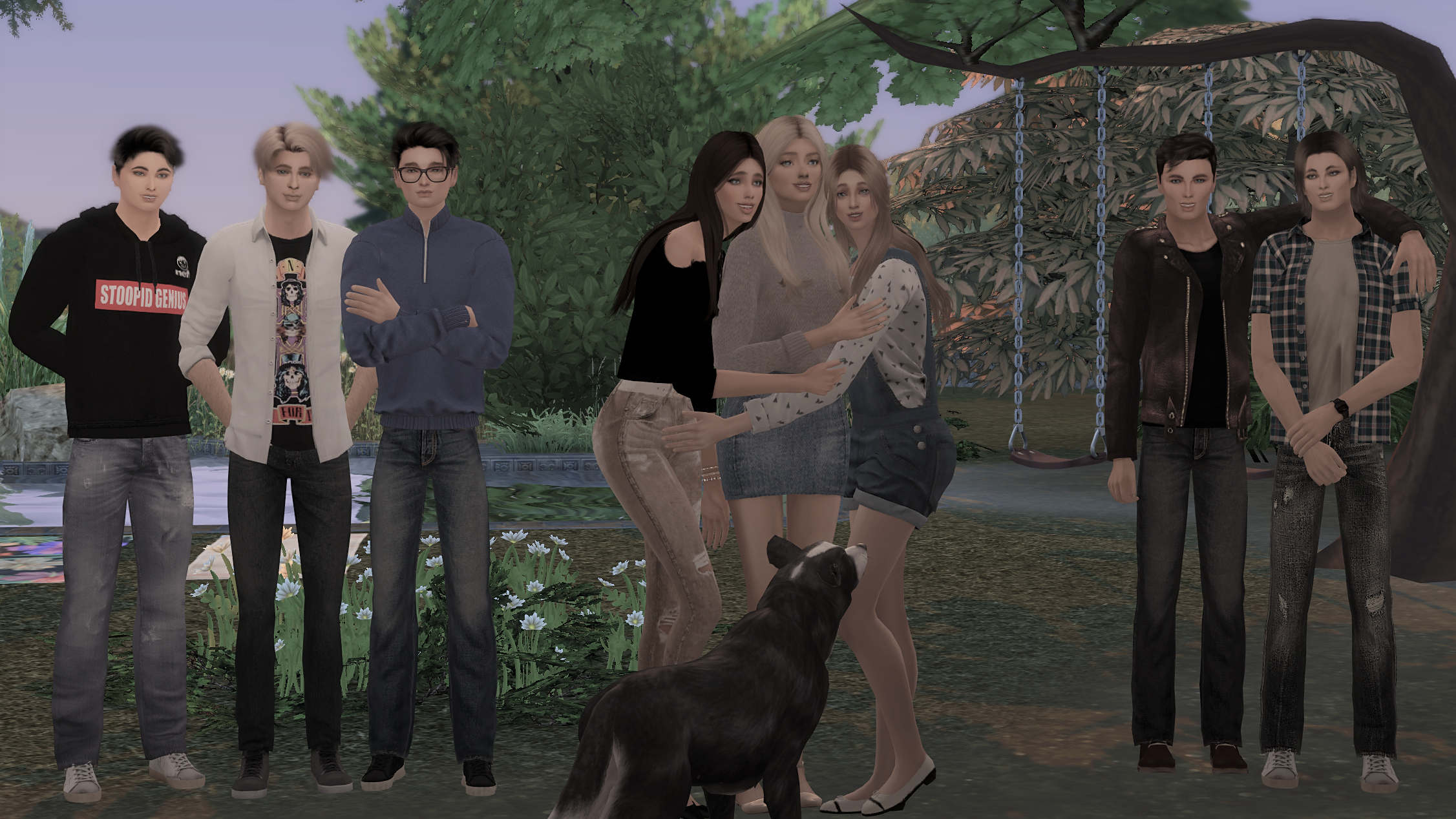 As for the parents, none of them were really surprised that some of their kids started developing bonds deeper than just friendships with each other, they were all good kids, and it was a small town.

Like it or not, that’s how it had always been in the Bay, for many generations, even though few of the tender bonds of high school puppy love would ever make it much past graduation. Most often university had caused the young people to broaden their horizons in more than just an academic way. What would usually last were the memories and friendships forged early on.

Nobody could tell now, but we will find out as we conclude our Generation 8’s adventures and will soon follow our Generation 9 on their endeavors through life, love and finding their ways next.

What will the future bring for all of them?