Change is the only constant in life.
~Heraclitus

AN.: This post is just an in-between update, more a briefing about the many changes that all may have some connection to our main protagonist Jamie Cameron. All was induced by the game itself and Mods, none of it is my doing, I am merely trying to connect the dots with his post.

The chain of events – all of which spanned the course of many months altogether – started with Sven and Hannah Johansson divorcing again.
This time it seemed very much final, as she immediately moved out after a terrible fight. There had been rumors making the rounds that she had rekindled an old romance, she had been spotted flirting at restaurants with ex-boyfriend Dylan Cromwell while still with Sven, some speculate it went beyond flirting, which was what ultimately lead to the divorce.

Not long after that she moved in with Dylan into a lovely home in Newcrest. When she found out about a surprise pregnancy by Dylan, they quickly got married at the courthouse. Dylan had never married and had no other children.

They have since welcomed a little girl which they named Sophie.

Sven and Hannah had not managed to stay civil with each other this time, he moved back to Windenburg into his aging parents’ home, where he met Maddie and her sister Morrigan Evans, who lived just down the street.
Morrigan had meanwhile broken up with Gavin after a serious fight, she and Sven began some hard and heavy affair which ended with them married after a trip to Las Vegas. Remains to be seen if and how this will work out, especially since she moved in with him and his parents.

Morrigan is significantly younger than Sven, about the same age as his two grown children with ex-wife Hannah.

We already knew that Maddie Evans had broken up with Jamie after finding him lacking structure, drive and a clear path in life, and instead had fallen head over heels for a single dad to a half-orphaned toddler girl, whose mother had died in childbirth. Daxton Manning and Madison Evans got married and she eventually adopted his little daughter Lillian.

Maddie had mentioned that she eventually wants her own child with Dax. Rumor has it that’s already in the works.

Blakely to long time boyfriend and later fiance, Jordan Cameron. She had moved in with him and his parents into the Cameron Estate by the cliffs in Brindleton Bay long before their wedding as she couldn’t take the tension between Sven and Hannah at her childhood home anymore before their divorce.

Blakely and her mother Hannah always had a rather complicated relationship, now they were at odds as she blamed her mother for breaking up the marriage by messing around with the ex. As a result Hannah was absent from Blakely’s wedding, while Sven and Jonah both attended.

Jordan started climbing the ranks to CEO of one of his father’s businesses after graduating university, Blakely has a degree in Communications, and works as the PR Director in the same company.

Both are very much business-oriented and a very harmonious couple, starting and ending each day with a comfortable routine. So much so that Blakely has been easing up more and more on her old standpoint of never wanting children of her own, although both are still far from ready to start a family.

After receiving his degree in Culinary Arts, Jonah had met Lauren Brinkley at work, since his mother sold the small family-owned restaurant during the divorce, so he had found a job at a nice restaurant as a Sous Chef where Lauren worked as a Senior Chef. They instantly clicked, started dating and after a longer engagement got married before a Justice of Peace. They both now lived at Jonah’s former childhood home in Brindleton Bay. 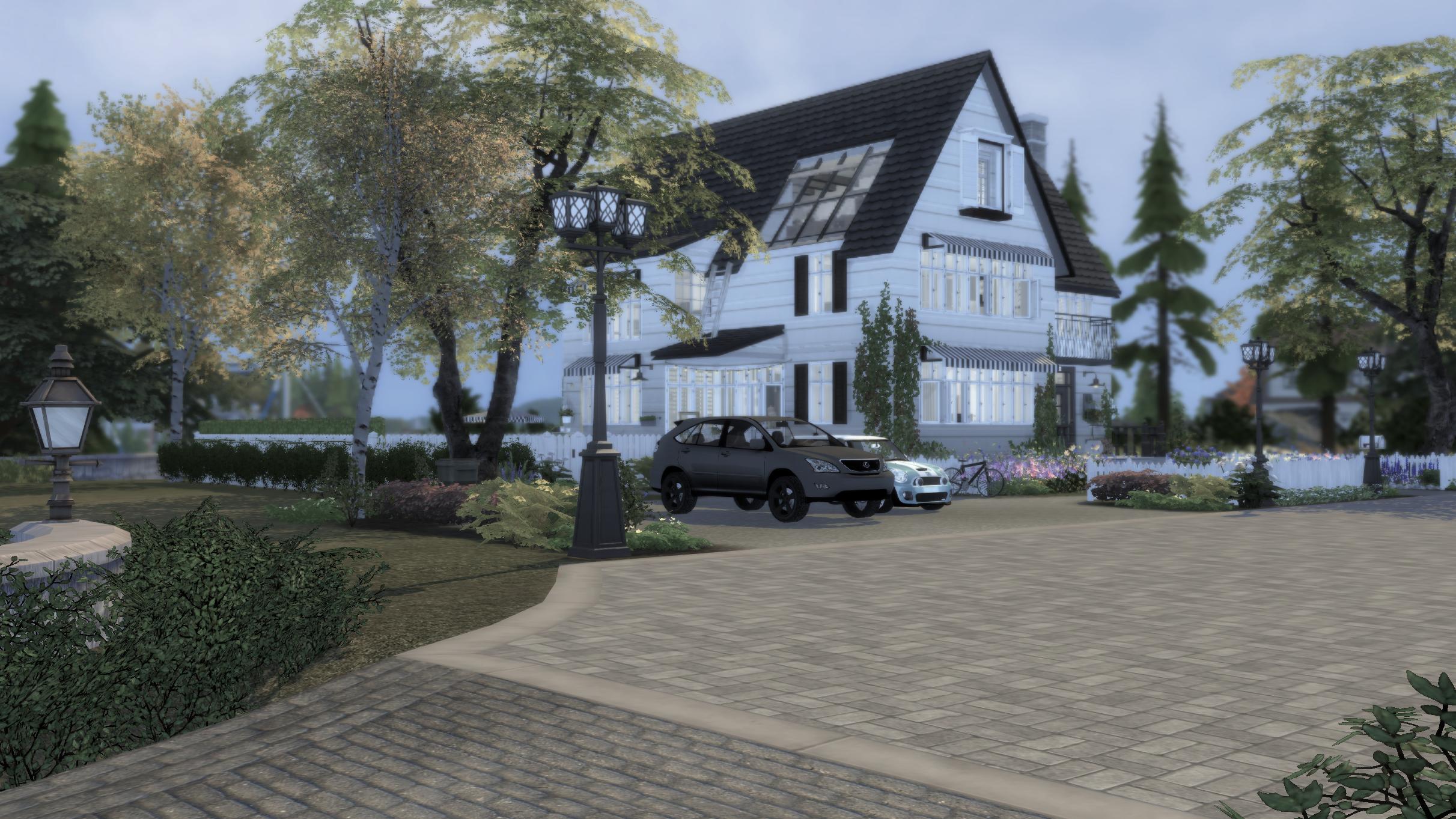 Both of them were more on the shy side and didn’t want to risk bringing any of the drama going on around them with his family into their special day, so they decided to forgo an elaborate celebration, yet it was easy to see that they had found each other and just belonged.

They have plans of starting a family soon, but no such announcements have been made just yet.

Wealthy celebrity child Gavin Cameron’s younger sister Courtney had graduated with honor with a degree in Economics like her father Ewan and since risen the ranks to Investor, now recently married her much older boyfriend – and boss – of many years, Weston Montgomery. A true power couple. They had moved to his luxurious main residence in Del Sol Valley.

Much to everyone’s surprise she was carrying Weston’s child, a little baby girl they would name Lynne Margaret.

Both are currently trying to decide whether Lynne shall remain an only child. Jury is still out.

Caitlin and her boyfriend since med school, Oliver, had bought a small fixer upper in Windenburg, which they were remodeling by and by, both worked at the same hospital and had busy work schedules, so the progress was slow.

He had since proposed to her and she had – of course – accepted. Once the home remodel would be completed and as soon as they would have saved up enough money again, they would get married, too.

While there have been no open discussions about it, everyone who knew them and their nurturing personalities just assumed they would have multiple children one day.

CJ McNeill had finally found a girl too, Cora Sparks, a computer nerd like him and very pretty and spunky, they met at some GeekCon in San Myshuno. After a brief engagement period they came back already married from a vacation, upsetting his parents greatly. All their hope for a romantic wedding now laid on CJ’s younger brother Cody.

CJ and Cora are not really the family type people, nobody has any guess about what their future will hold, but they finally moved out of his parental home last week.

Celebrity son and power attorney Gavin got over the break-up from Morrigan after being very upset for a while, which cost him a promotion and a few clients, due to his well-known sometimes hard to control temper. Then suddenly he seemed significantly calmer and composed, smiled and joked again. At some fundraiser for the wealthy he had met a classy young lady named Marsha Wright who had conquered his heart by storm.

She was from an upscale background too, still had worked her own way up to make her own fortune and Gavin fell head over heels. They were engaged soon and married in the event of the century.

Marsha moved into the Cameron Mansion in Brindleton Bay with Gavin’s parents, who could not be more pleased that their womanizing flighty son had finally settled for a wholesome and very grounded young lady who was already well establish in society. 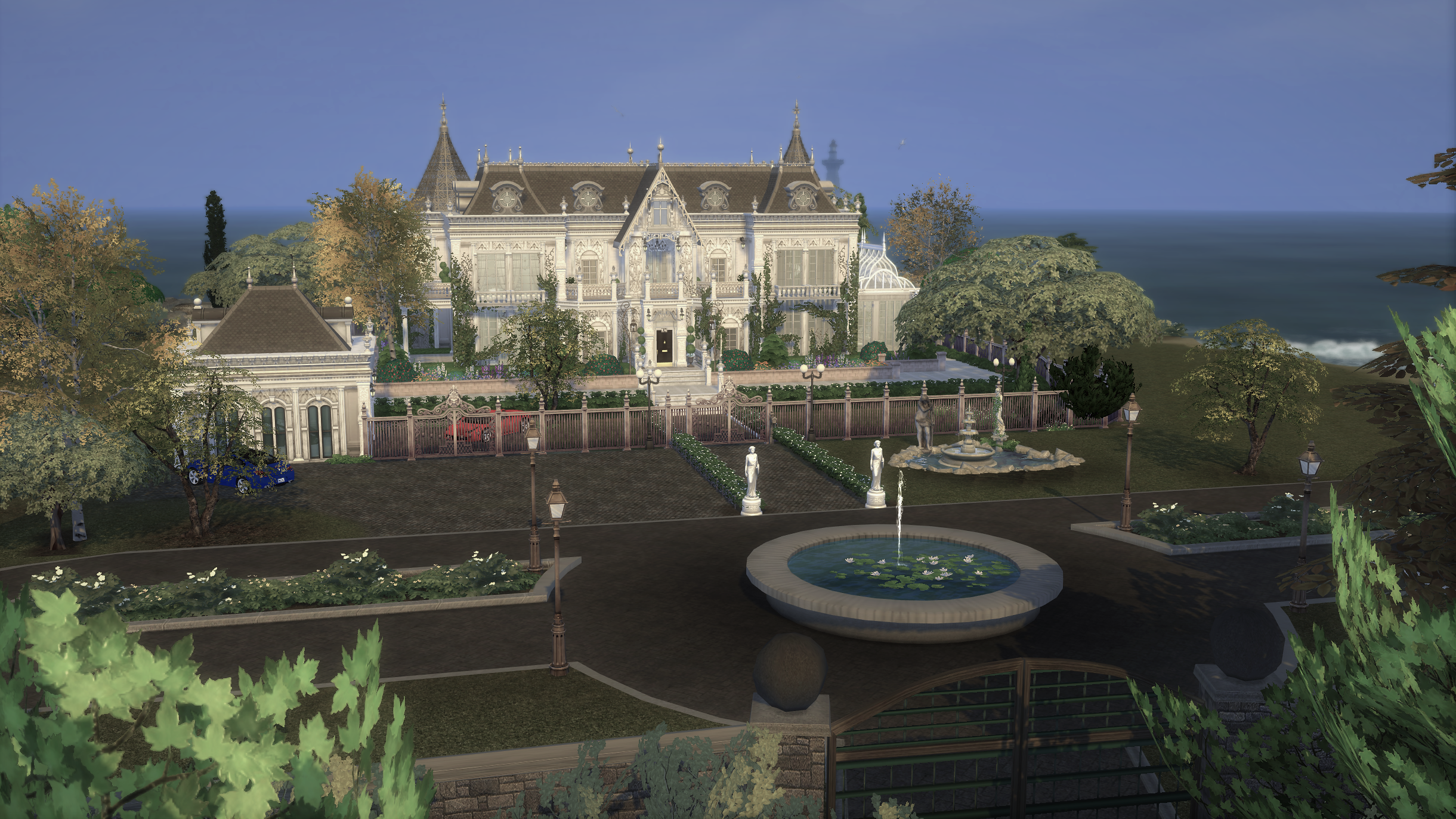 Both Gavin and Marsha agree that they should continue the Cameron name and have a child, maybe two, in the future, but so far are just enjoying married life together.

Jamie unfortunately wasn’t as lucky in love as the rest of his friends.

One evening he had finally worked up the courage to ask Nicky out to see if they could be more than just friends, alas that very night he went over she had a rather attractive young man there visiting.
It was instantly clear they were more than friends and that the guy had been invited to spend the night, most likely not for the first time.
Defeated, Jamie left as lonely and as single as he had arrived.
Once more, he had waited too long and missed his chance.

It was anybody guess now what Jamie’s future would look like.
He wanted a girlfriend, but despite his good looks, intelligence, successful career and self-confidence, a romantic relationship seemed to continuously elude him.

To complete the circle of life, there would be several funerals over the following months.

First was Logan McAllister, Bryan and Hannah’s father, who passed. Hannah did come to the funeral, but there was a lot of tension between her and the rest of the family.

Stryker and Briar Rose O’Connor died surrounded by their family in Sulani.

Shea Cameron, Jamie and Caitlin’s grandmother went quietly in her sleep. Her husband Chase lost all will to live afterwards. They had been a couple so long, ever since meeting in the waiting room of a vet clinic when they were in their early twenties that there was just no life without Shea for him. He sat around moping and without energy until one day he too didn’t show up for breakfast one morning.

Jamie was hit hard by the loss of his grandparents, even though he still had his amazing and always supportive parents and little sister Caitlin. Instead of gaining love in his life, he continued to lose instead.